A relaxing cruise along the Sebung River through mangroves was a great way to spend the afternoon looking for snakes, monkeys and iguanas.

This post was created from experiences during the Trip of Wonders journey with Indonesia Travel, however all opinions remain my own!

Bintan Island also known as Negeri Segantang Lada is a small island in Indonesia. I visited the island for a few days and went aboard a small boat cruising on the Bintan mangrove tour along the Sebung River.

The short Bintan Mangrove Tour begins from a small hut on stilts in the water, which looks out over the river. It is a very picturesque area with a relaxing atmosphere. 10 of us boarded a small boat with our driver and tour guide.

The region is home to many fisherman but charcoal was previously one of the major industries along the river. Recently the industry has been halted in an effort to preserve the forests. The remains of the charcoal kilns can still be seen as you float on past.

We passed many dilapidated restaurants that stood over the river on stilts while also connected to the river banks. These restaurants must rely solely on the tourism industry of the mangrove tours as the area is very desolate otherwise. 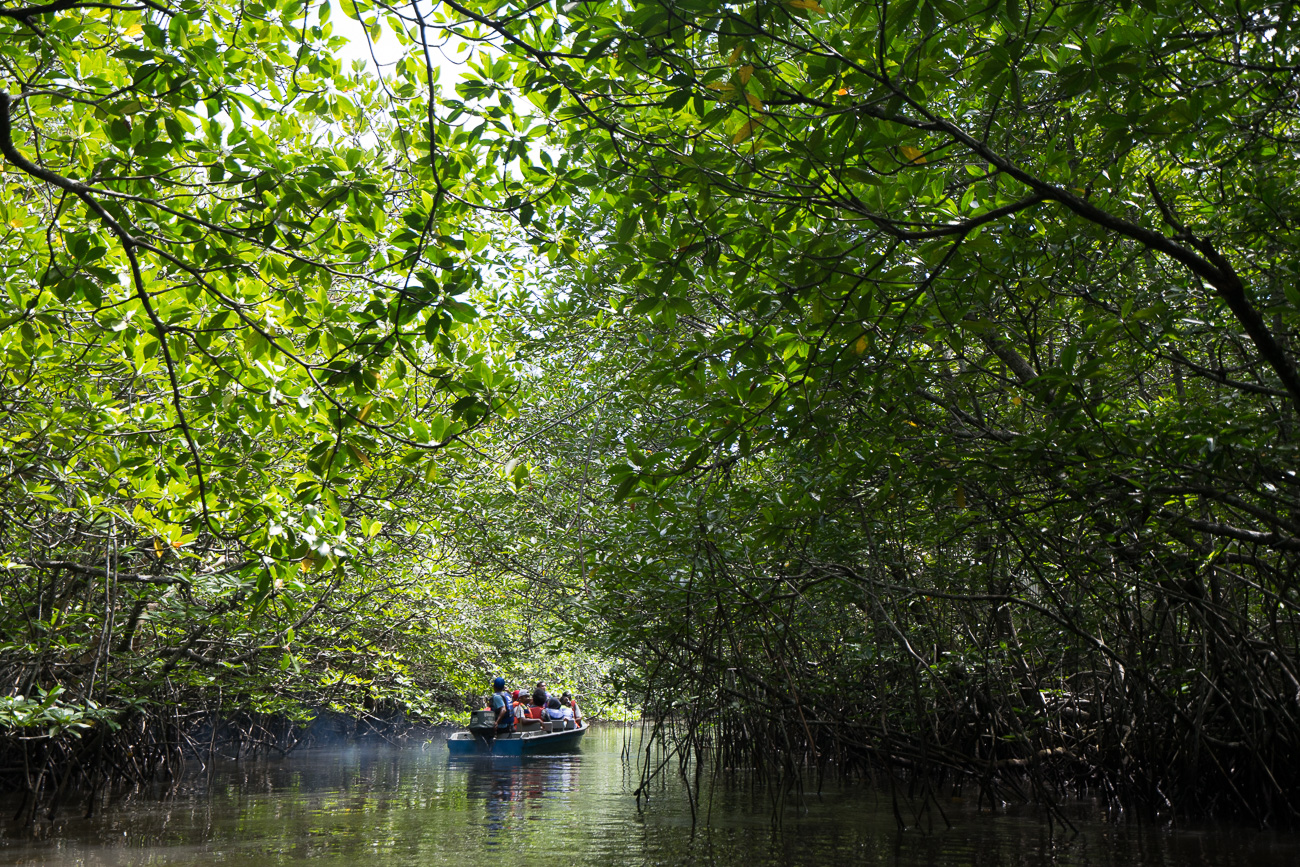 Wildlife on the Bintan Mangrove Tour

Monkeys, snakes and an array of wildlife calls the Sebung river home and we were on full alert trying to spot any signs of life. We were definitely in for some action as the mangroves thickened and the river narrowed

Unbeknown to myself and all of the passengers on the boat we were within arms reach of a resting snake. The black and yellow mangrove snake didn’t appear to concerned with us and continued sun baking as we cruised underneath the branch it was resting upon. We would see more than five similar snakes throughout the boat journey and each time some of our passengers became a little edgy and nervous but the snakes were inactive.

You might want to check out my Indonesia Gallery with all my best photos from my travels.

The boats before us also spotted some monkeys, small iguanas as we continued to enjoy the fascinating mangrove roots that curled up along the riverbank. After thirty minutes we had reached a point in the river which was too narrow to pass which marked the halfway point of our journey.

The cruise back was peaceful as we enjoyed the rays of sun breaking the canopy of the mangroves, taking turns to lay on the front of the boat as it cruised along.

The Bintan Mangrove Tour company also offered night tours, which feature fireflies and most likely some more active wildlife. I am not sure how enjoyable it would be to know there are snakes slithering above me in the dark but it could be a fun experience.

I went with Bintan Resort Tour which was priced at $38 per person.

Till now, this destination is my favorite one. I like the views along the river.