Lake Tuz is an incredible salt lake near Aksaray but only just over an hour drive away from Cappadocia. The lake is like remarkable because of its vibrant pink color. Despite how unique this location is, it’s not very popular and when I visited I enjoyed the entire lake to myself for as far as I could see.

WHERE IS LAKE TUZ (THE SALT LAKE)

Lake Tuz is actually not in Cappadocia, but I did visit it while staying in Cappadocia, which is why I thought it would be valuable to share that with other travelers who are staying in Goreme or the nearby towns of Uchisar or Orthahisar. We drove 1.5 hours from Goreme to reach Lake Tuz, which I have pinned on the map below. There may be tours to the lake but it is quite uncommon and I didn’t see any advertised. Once you arrive at Lake Tuz on the map you will realize it is huge. We picked a side that seemed pretty nice and there was no-one else there but who knows what you will find on all of the different sides of the lake.

We hired a car for $30 Euros in Goreme town at one of the travel agencies, which split by two people was a pretty cheap way to get around. On this day we first visited Derinkuyu Underground City, Ihlara Valley and then ended the day at Lake Tuz.

MY EXPERIENCE AT LAKE TUZ

After a long drive from Cappadocia, we started to get near Lake Tuz according to the map. We had originally aimed to keep driving to the top of the lake but passed a stretch along the side of the lake that looked beautiful and empty. Not knowing if our intended destination would be busy or look as nice we decided to park the car next to a field beside the highway and walk into the Lake. 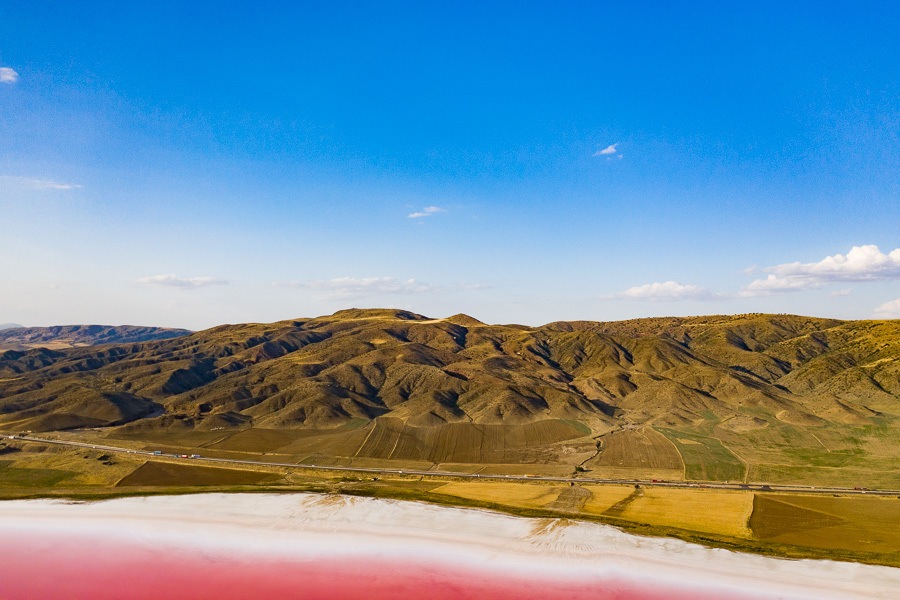 We crossed the highway and then reached the area where the bushes end and they meet the beginning of the salt flats. It was at this point that we decided we needed to take off our shoes and leave our bags because the salt sinks a little and would ruin everything. It is incredibly dense and hard to remove. The issue with this decision is that the salt flats can be very sharp in areas. It’s a trade-off you will appreciate later.

*I’ve since been told that further north there is the main entrance with a cafe and other structures. Not sure what the advantage to that would be but it sounds like there will be other people, which isn’t what you want when you are trying to enjoy a peaceful sunset!

It was an hour before sunset when we arrived so we were able to enjoy the vibrancy of the pink lake in full sunshine as well as the pastel sunset reflections later on. I highly recommend doing the same as the lake is great in both lightings although you won’t be able to swim in Lake Tuz. It is incredibly salty and where we were it was only 1-ft deep and very sharp because of the salt on the floor. Other parts of the lake may be different, that will be for you to discover. 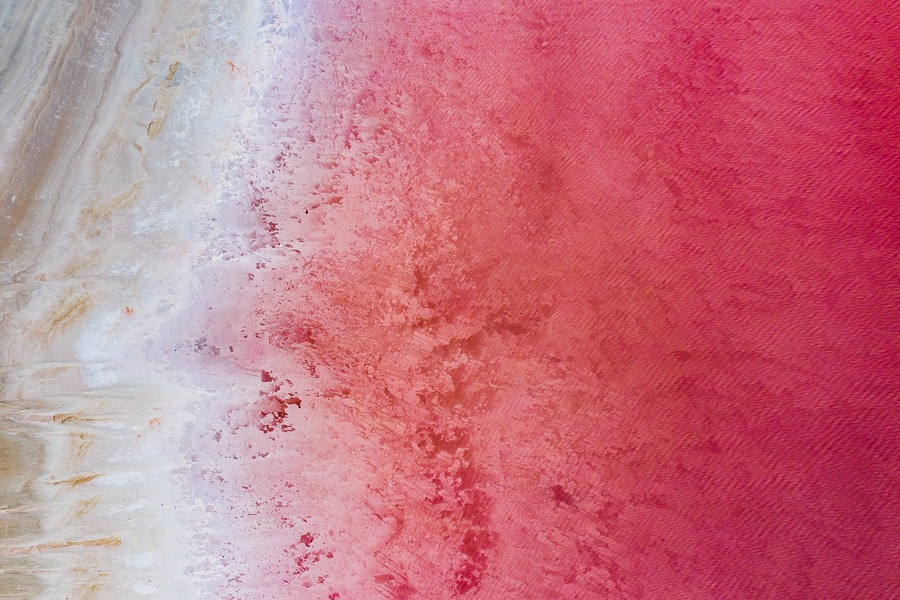 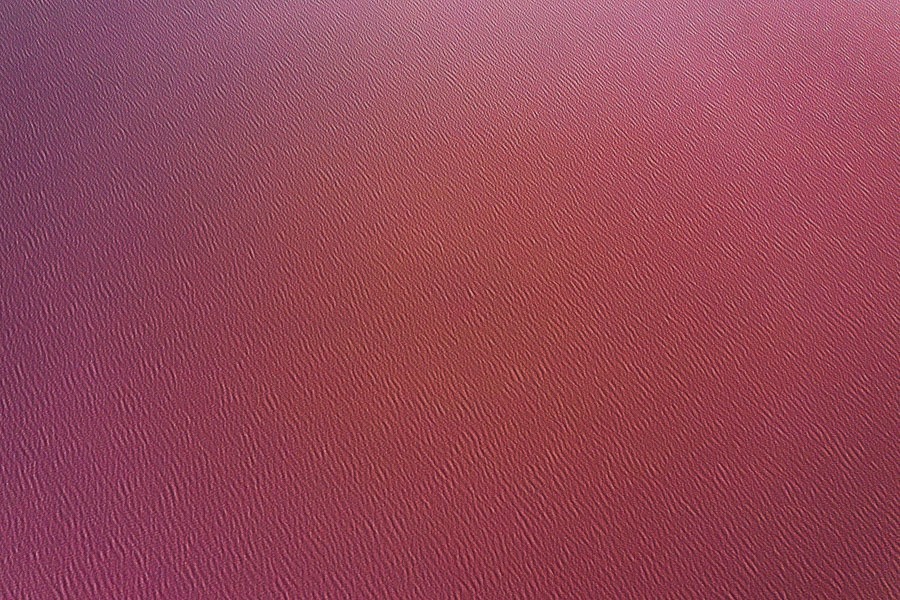 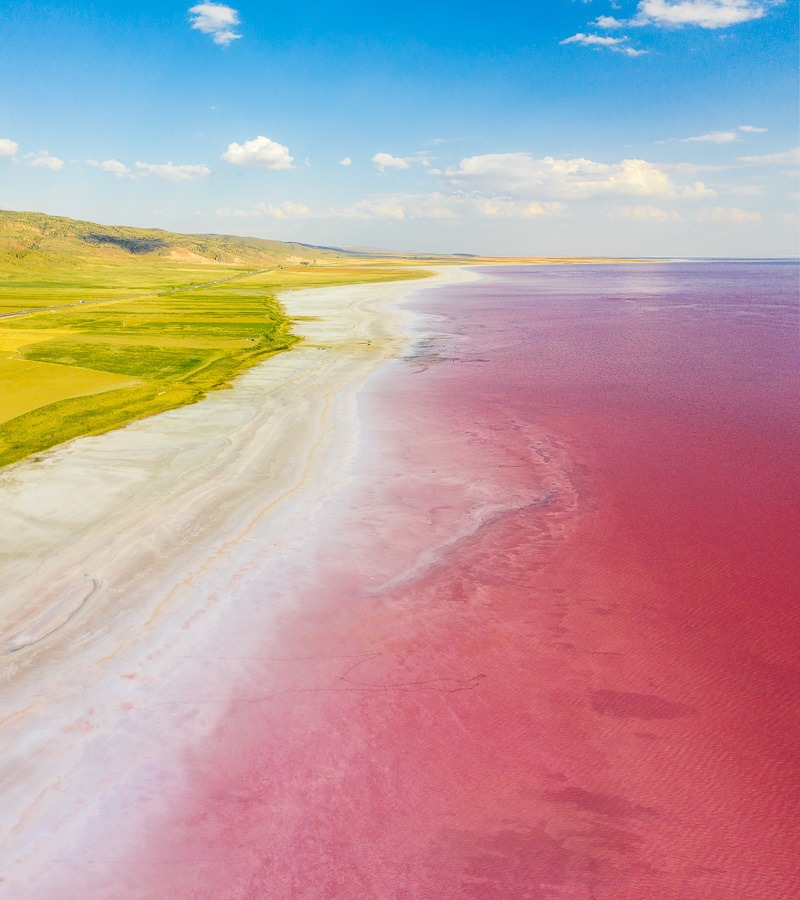 The most interesting part about the lake is the density of the salt formations. It seems that you are walking on pure salt. I actually picked up a few snowball sized balls of salt, which I instantly regretted as my hands were now covered in a never-ending layer of salt. This is a dangerous place for cameras. You’ve been warned.

As the sunset came we were treated to some beautiful purples and oranges that reflected on the shallow lake, which lay perfectly still at only a few inches deep. 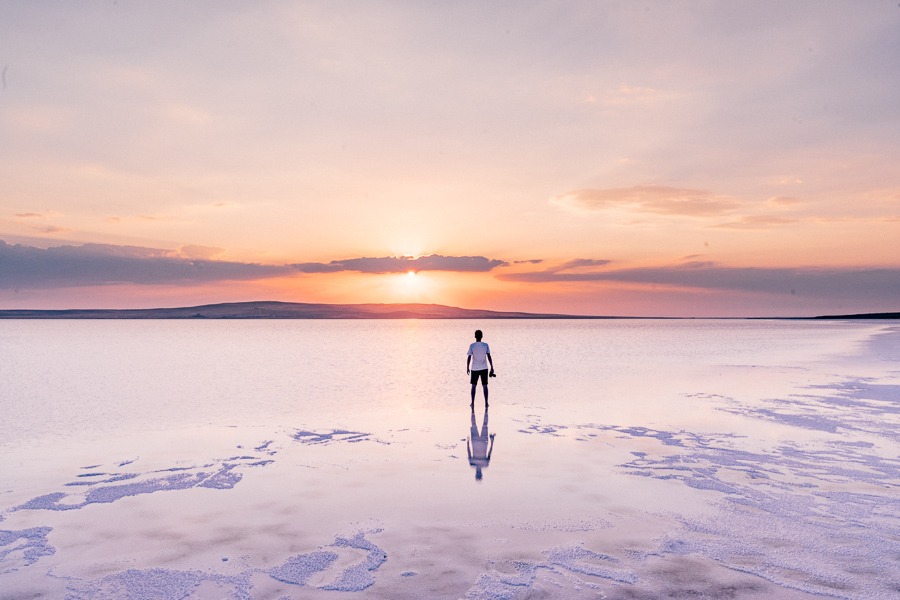 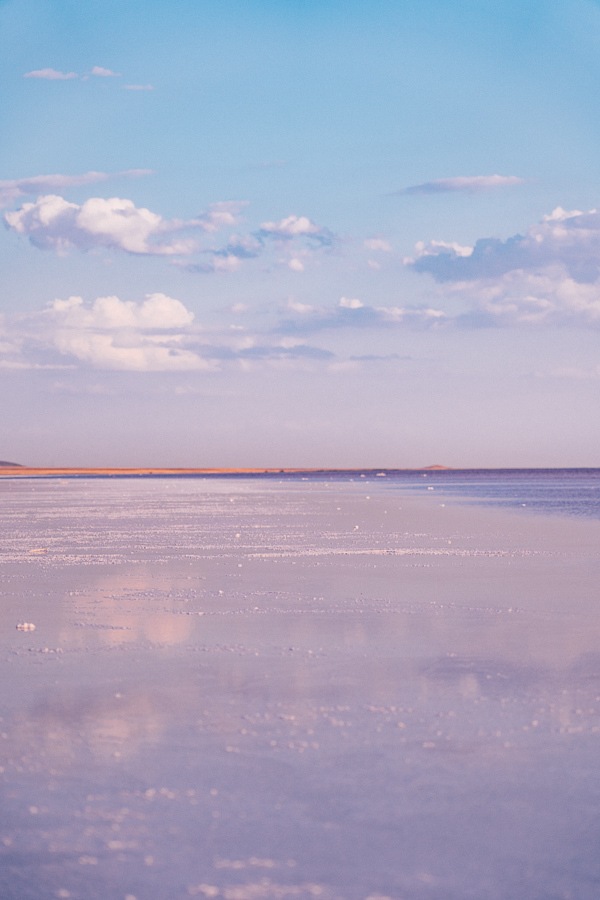 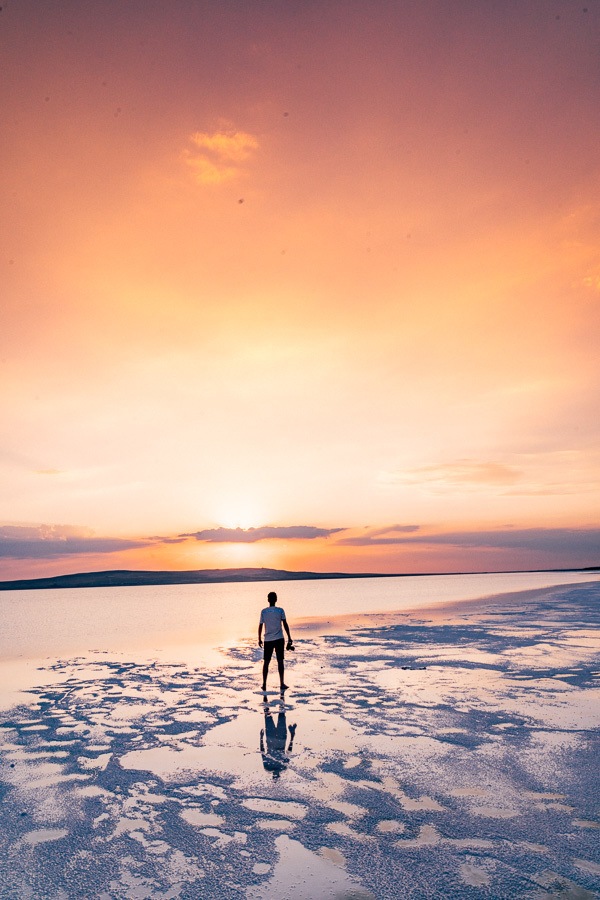 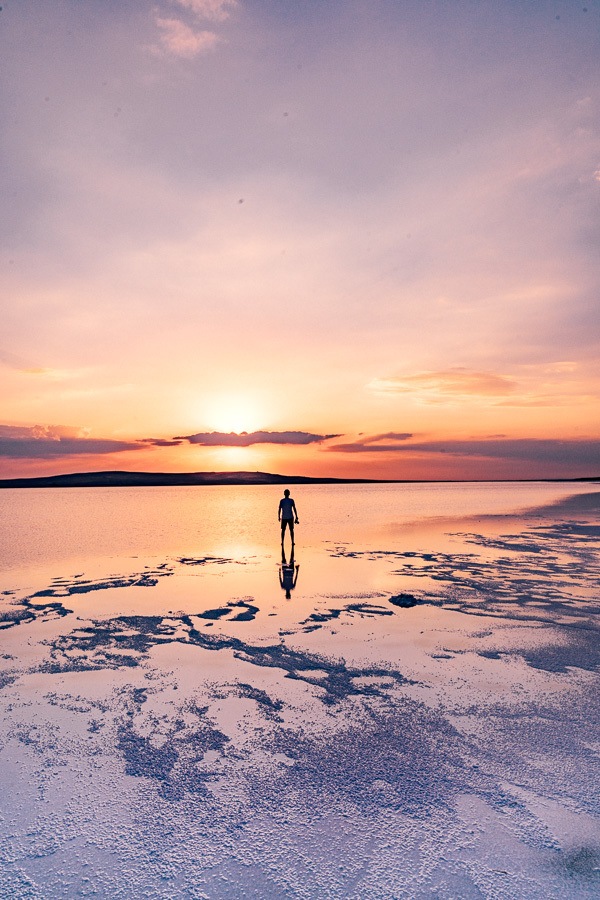 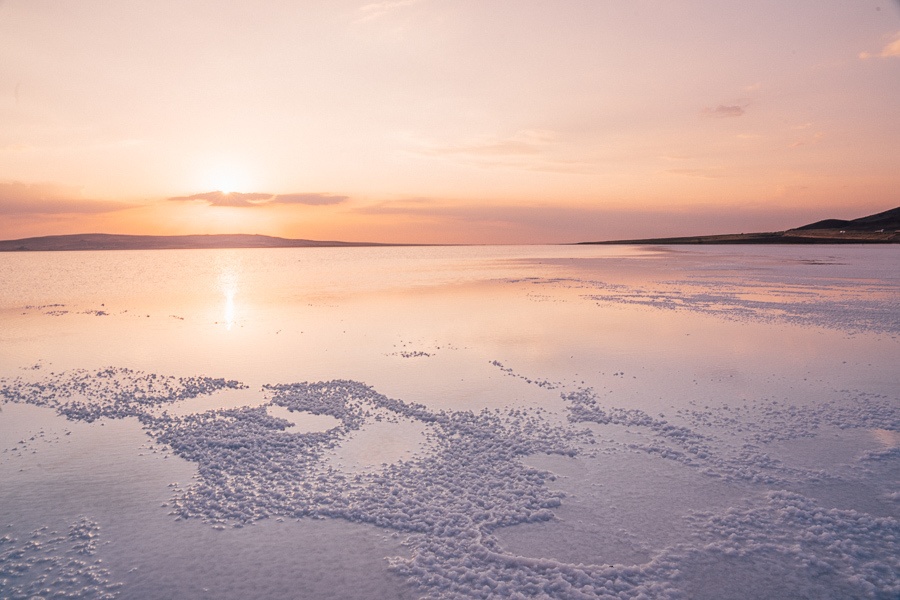 Great article! What time did you visit the lake?

I can't believe I missed Tuz Golu on my first trip to Kapadokya two years ago. Luckily I'm headed back in 3 weeks. Thanks for the tips, inspiration, and photos!

A great spot with not many tourists!

Lovely article. Thank you. In which month did you visit the lake? Please let me know. Thank you :)

Lovely article. Thank you. In which month did you visit the lake? Please let me know. Thank you :)

@Ilu Narang, Any reply on when he visited? I keep hearing it's dried up in August and it doesn't look like a pink lake but white.

Its interesting that the word "Tuz" means salt in turkish. However, your surname "Tuz" in Hungarian means fire. Regards, Steve

Probably cause the salt burns your eyes!