Libtong Falls is an off the beaten path waterfall on the island of Romblon in Romblon Province. We found out about it from a local and set off in search of the waterfall for a morning adventure.

Our local friend told us to drive past Apunan Point in the south of Romblon Island and continue driving until we passed the big church. After this, we should still continue driving but stop straight after we cross the small river. We arrived at a very small, relatively dry river and some kids playing in the water.

The funny part of the story is that our local friend said to us, ‘Go to the river and find a boy he will take you to the waterfall’. We laughed at the time at but when we arrived at the river, I got off the bike and asked the two young boys if they knew were Libtong Falls was. He dropped his sticks and rocks and said, ‘Okay, we go’.

So just like that, we knew we were in the right place and we were now following our 8-year-old guide and his puppy. His other mates joined in, intrigued by the foreigners visiting their local spot. 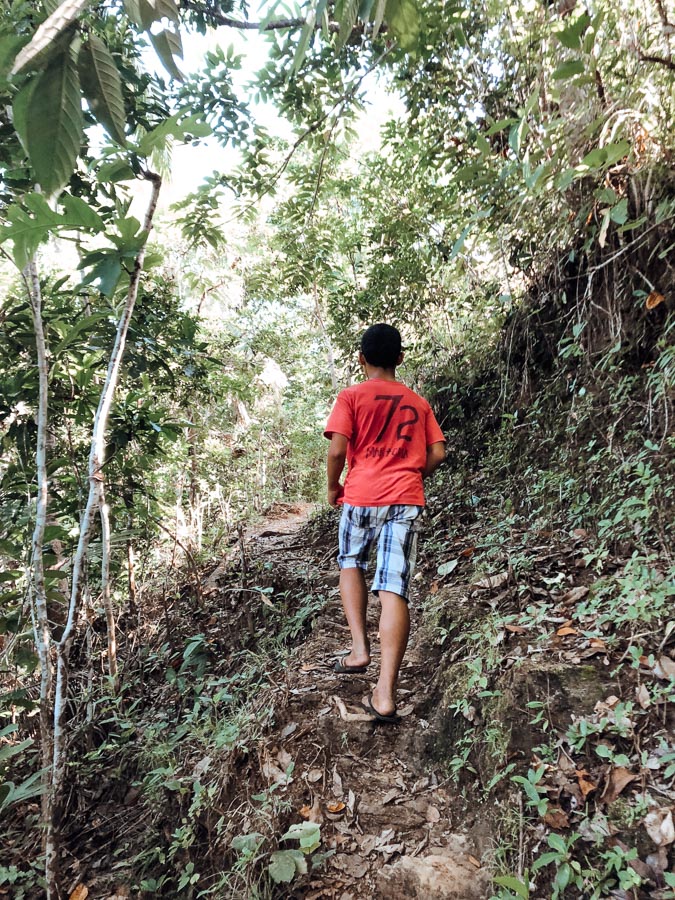 We walked along a beaten path for about 10-15 minutes up a slight incline. All the while we could hear the sound of running water to our left as we followed the flow upstream. We made a short descent, still following the path and made our way down below the canopy. Before us was beautiful, it’s layered seemed to go on forever.

The kids nervously watched what we were up to as if they shouldn’t play or enjoy themselves as normal. As soon as I jumped in the water they relaxed and had a swim as well. 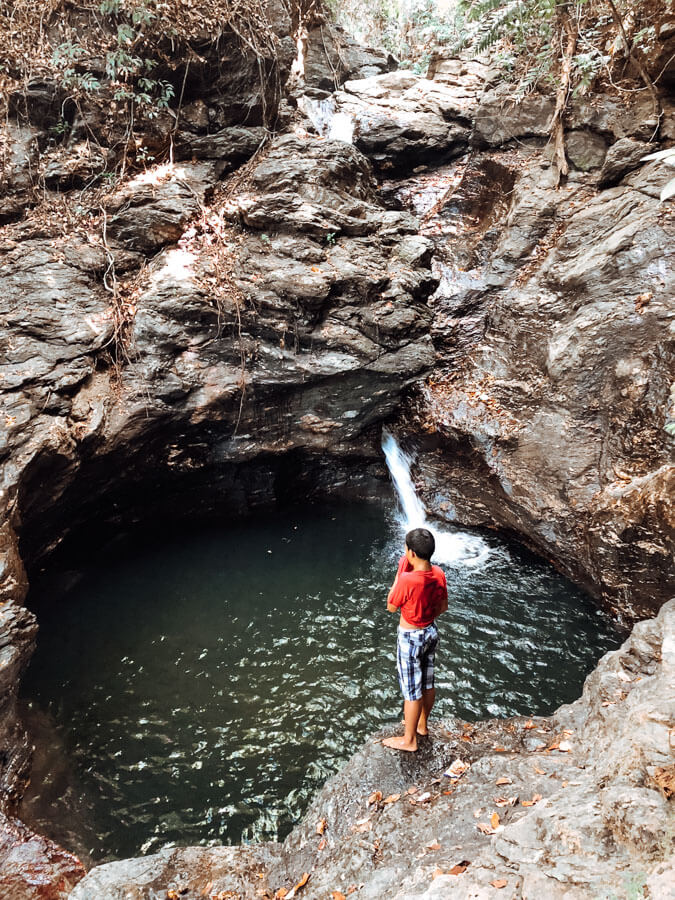 There are several spots to jump into the pool at the bottom of the waterfall but it isn’t incredibly deep. Having said that, the boys jumped from over 10- meters on the top path, which was pretty crazy. When you are local and know the spots and also only weigh about 35kgs you can afford to jump into a shallow pool. I jumped from a bit lower and left the high ones to the kids at this spot. 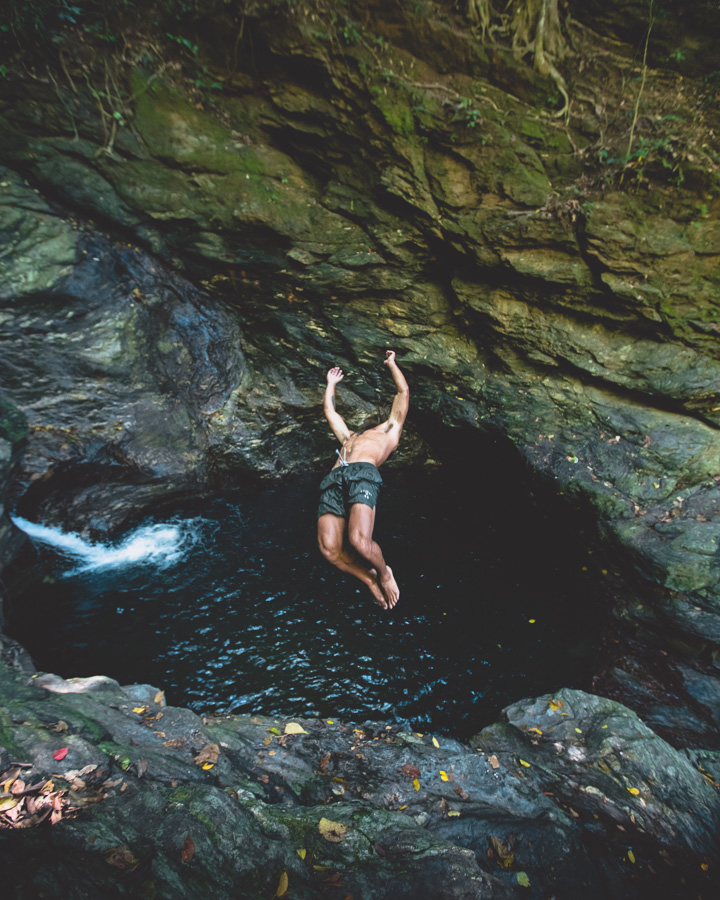 It was really peaceful at Libtong Falls, no-one else came and it didn’t feel like they ever did. The kids loved showing us around, what is essentially their backyard. 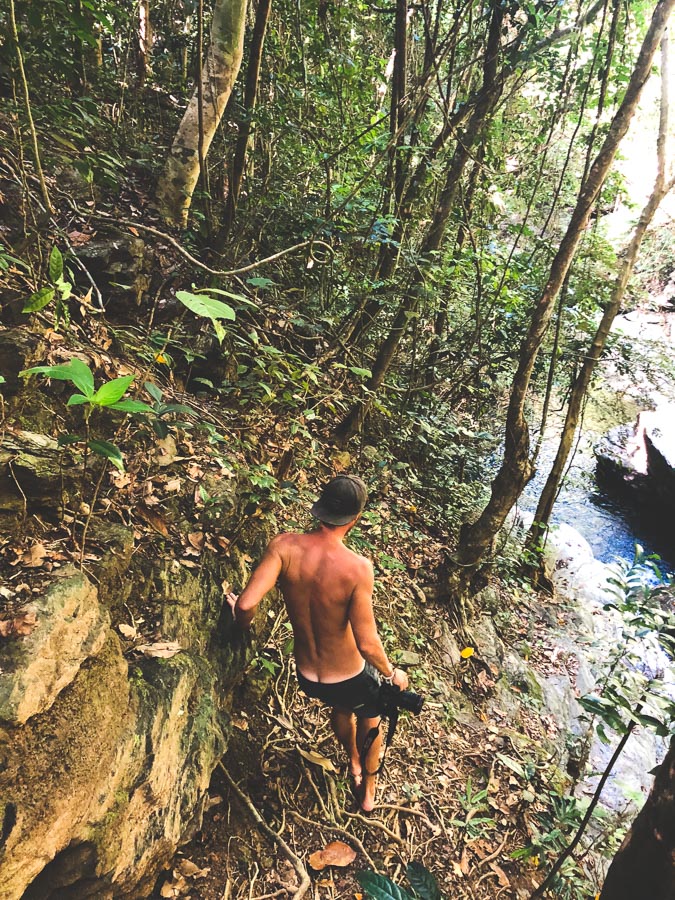 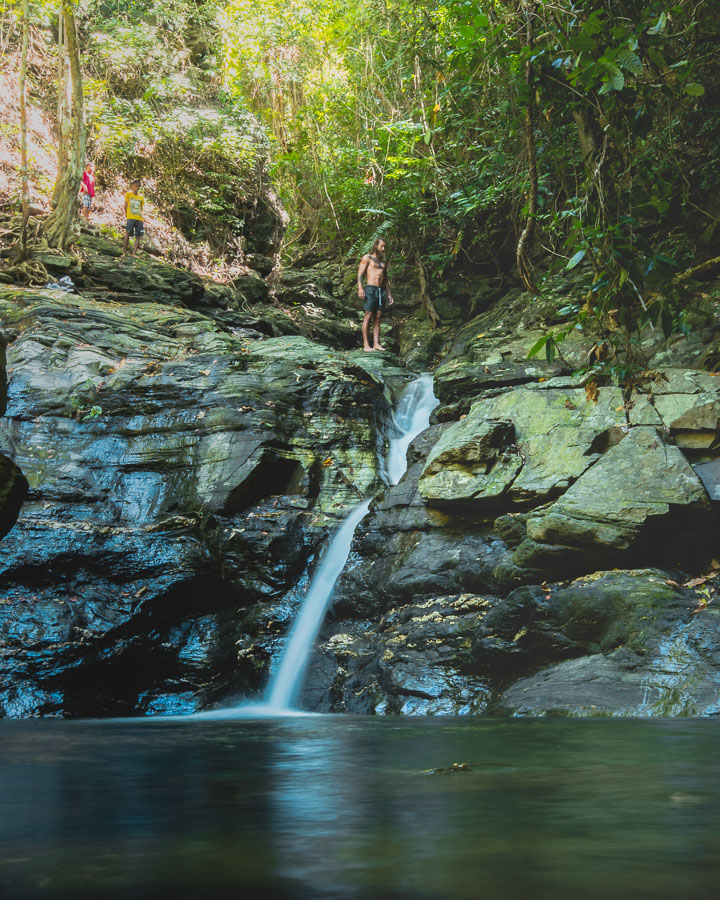 We made the short walk back and gave each of the three kids 50 pesos for their hour of hanging out and showing us the path. We never asked for a guide and they never asked for any money at any point but a little repatriation seemed like a good way to end and meant they could go grab some drinks and snacks for their efforts with us.

How to get to Libtong Falls

Rent a moped in Poblacion (the town) for about $10 USD or 500 pesos, which was the rate we found. It takes about 30-40 minutes to reach Apunan point and then start looking out for the church as you keep driving. Once you passed the church you are waiting till you drive across the small river. Stop and ask anyone around for Libtong Falls, but essentially the path runs up the stream on the right. If kids are there playing they will likely take you for the trip but they were just happy to hang out and weren’t waiting for tourists to guide or anything like that.