Koding Koding on Carabao Island is one of those places you walk into and just get so excited you almost panic.  Crystal clear, vibrant blue water lay in waiting for you from several diving platforms at this epic hangout spot.

Carabao Island is quite small and two of the most popular attractions are cliff jump spots. Cathedral cliff jump is a little more hectic and is down the road but Koding Koding is a great place to hang out, send some flips and dives and take in some sunshine. Nic and I thought it would be the perfect place to make a short video and test out the inbuilt stabilization on the Sony Action Cam. Some of the shots came out unbelievably smooth and almost as if it were filmed with a ronin or a rig. In fact, they were filmed by hand on a springy diving board!

The in-built stabilization is so key because while you are adventuring whether it be cliff jumping, riding bikes or running around on hikes, you don’t have time to worry about how shaky your footage is going to be. Carrying a ronin for an action cam is kind of counter-intuitive so having inbuilt stabilization lets you focus on the adventures and the camera does the rest to create the cinematic look and feel.

Here is the video we created:

And here are my favorite photos from the day: 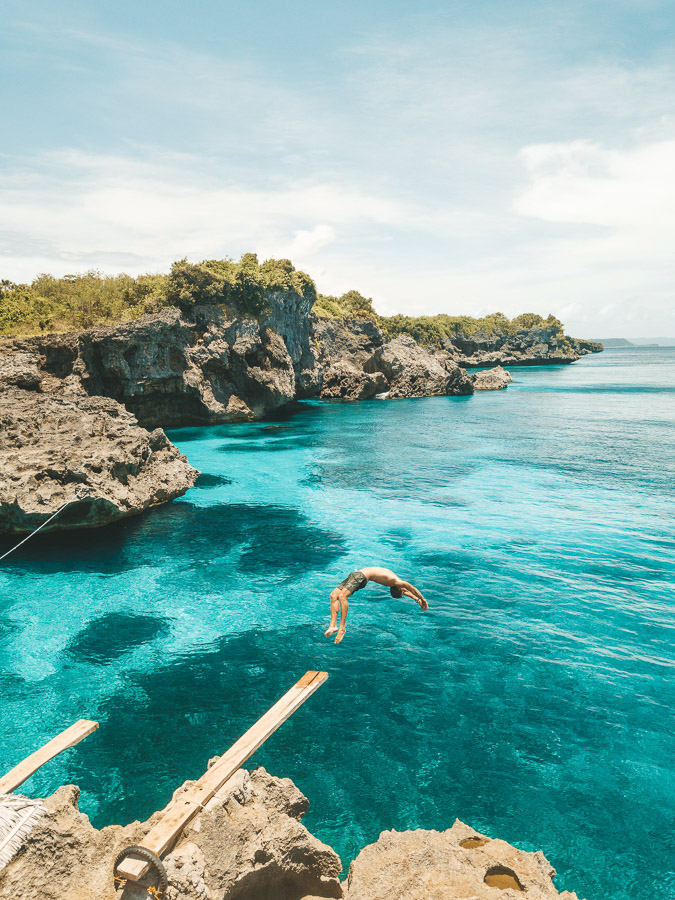 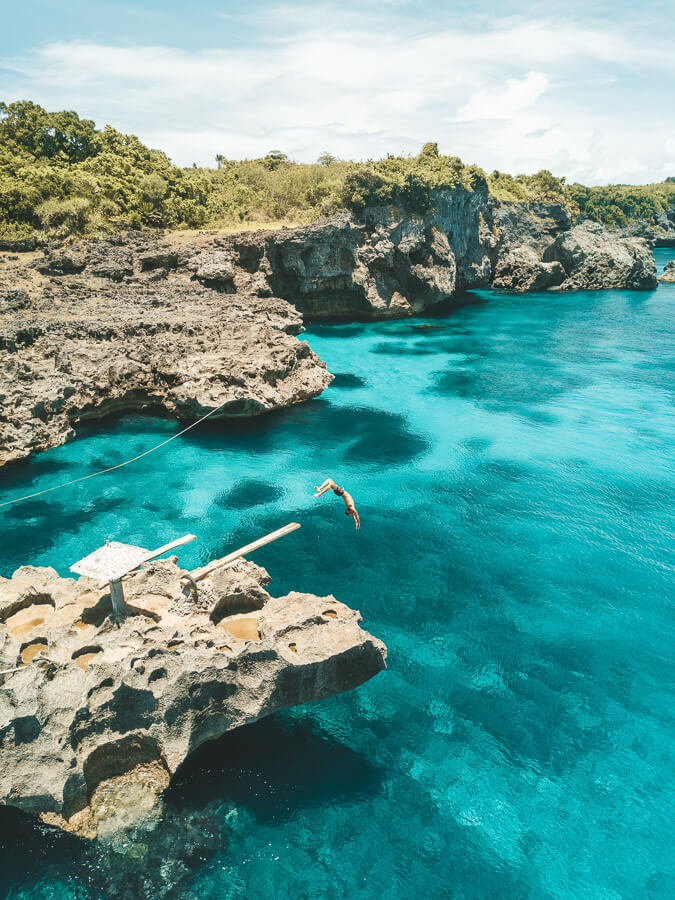 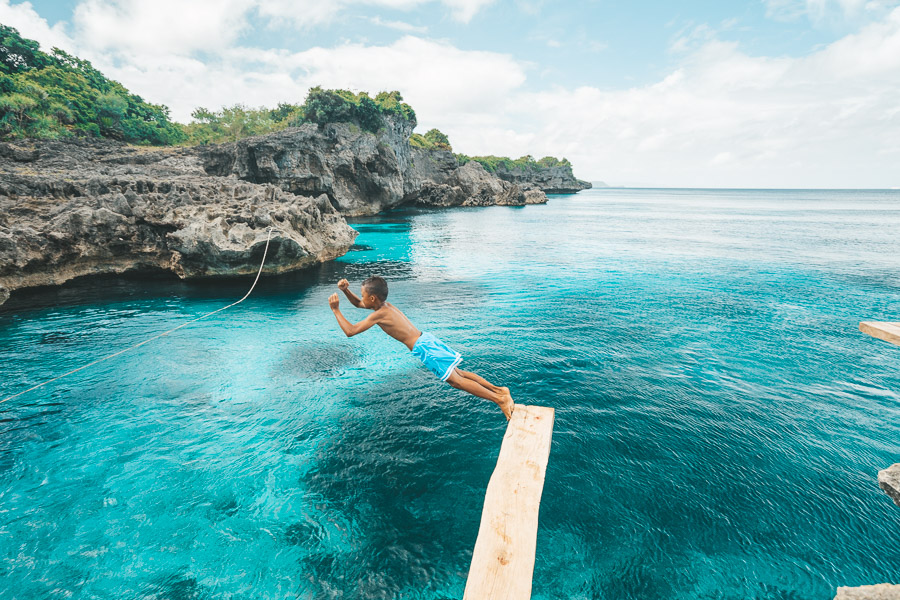 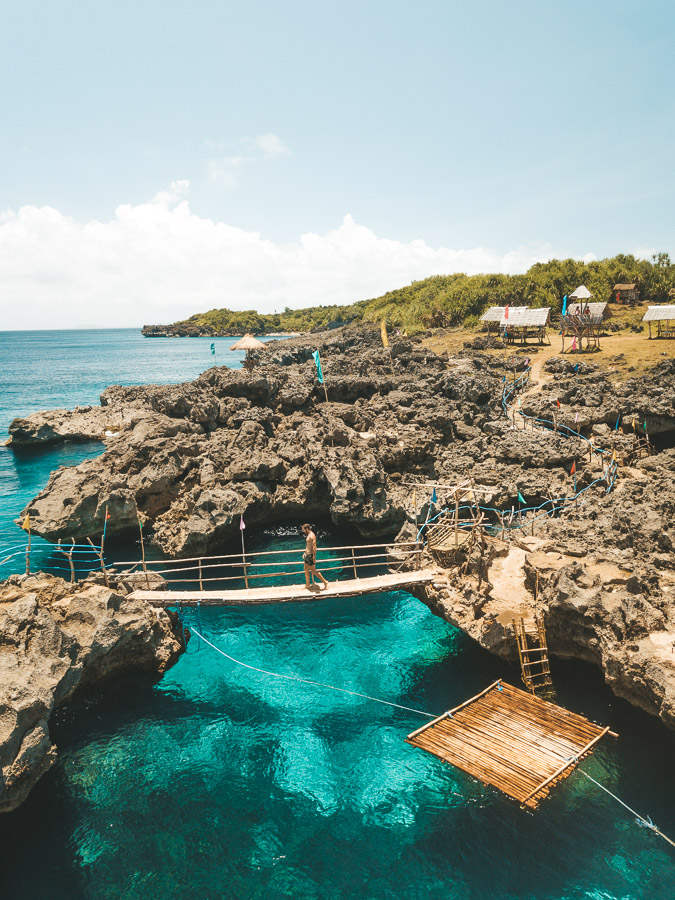 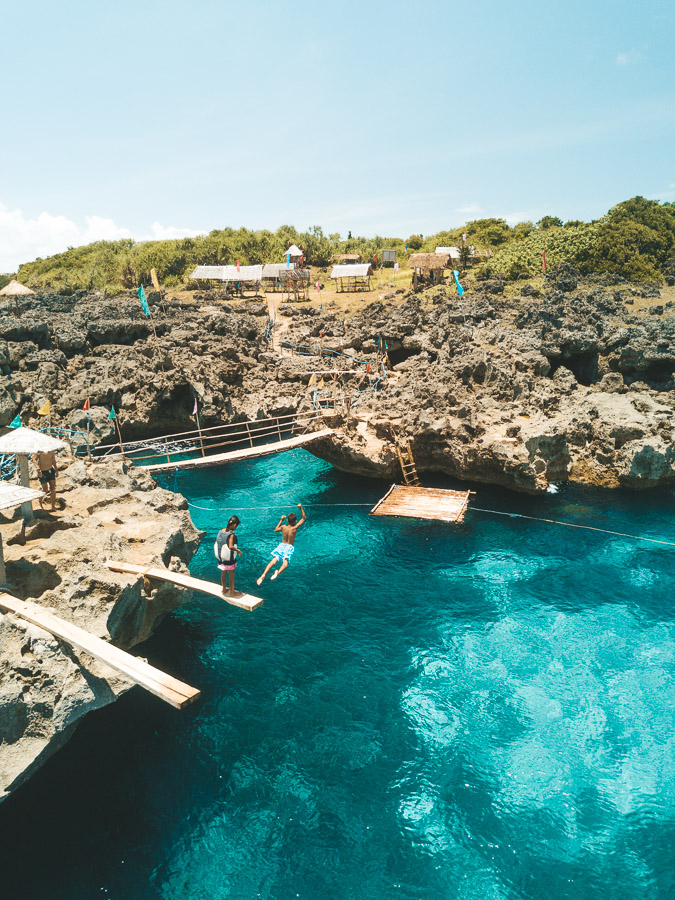 Koding Koding is located on the east coast of Carabao Island, which is in the Romblon Province. It is the island next to Boracay but much, much less touristy. In fact, we didn’t see more than a handful of tourists in the three days we were on the island!

I suggest visiting Koding Koding cliff jump and Cathedral cliff jump on the same day if you have the energy as they are both nearby and definitely both worth visiting!

Carabao is a small island so you can probably walk to Koding Koding cliff jump depending on where you are staying or you can hire a motorbike for about 500 pesos give or take depending on your negotiation abilities.

There are tables inside little huts to chill and take cover from the sun after cliff jumping. Food and drinks are also available but nothing too extensive just basic snacks.