Cresta de Gallo is one of those places you hear about while you are traveling. Oh, you are in Romblon? You HAVE to go to Cresta de Gallo they would tell us. We always had it in the plans, but you know it is going to be special when it’s on the tip of the tongue of everybody who visited Sibuyan Island!

WHERE TO STAY FOR YOUR CRESTA DE GALLO VISIT

We stayed for a few nights in Magdiwang and on the Mt. Guiting Guiting trek but then it was time to travel on the roof of the Jeepney all the way out to San Fernando. We arrived after a long, bumpy journey and stayed at the Seabreeze Inn. The owners were super nice and it was right on the beach. The rooms were pretty basic, which was fine as it only cost about 800 pesos per night for double occupancy with a/c. They also rented us a motorbike for $10 USD per day.

It would be our base for two nights and the launchpad for our adventures to some waterfalls in the region and also to the famous Island, Cresta de Gallo.

HOW TO BOOK A CRESTA DE GALLO TOUR

We had a few interesting offers to visit Cresta de Gallo all ranging in price. In the end, we decided we wanted more than a couple of rushed hours on the island. We wanted to explore from the top to the bottom. It takes an hour to get out there so we wanted to make the most of the journey. We decided to rent our own boat and requested the boatman bring us back after sunset. It is unusual to do so as this part of the ocean can be very wild and most boatmen want to come back before the sun sets. He agreed to take us at 11 and return after sunset.

It was a huge amount of time on Cresta de Gallo. Looking back it was a little too long! However, it allowed us to shoot all different sides of the island at a really leisurely pace, with lots of time to enjoy hammocks, swimming and taking it all in.

Our boatman was a deadset legend and gave us the local price thanks to our friend, Mel, from DIY Philippines Facebook group. His name was Pasik Suicon. You can reach Pasik Suicon on 09264560588

The price for renting our own boat for half the day was 1500 pesos, which is $30 USD. We were only two people but the boat could have fit anywhere from 4-8 people I assume. So it wasn’t super cheap for us with just two people but we were paying for the flexibility and actually, there weren’t many people around San Fernando to team up with for a shared boat.

Our boatman, Pasik Sulcon, met us at the beach and off we went headed towards Cresta de Gallo Island. It took just under an hour to reach the island and when we did Pasik thought we should do a lap to take in the island. It was a good idea as it helped us understand the size and a great way to see lots of cool little spots.

When we got dropped off at 11 am there were a few other boats there but hardly anyone at all. We sat down and realized we had 7 hours until we were leaving. I think we came a little early! We chilled in the sun for a while and then when the clouds passed through and the skies cleared we sent up the drone to capture some photos of the epic, epic sandbar that connects the two sides of Cresta de Gallo Island together. 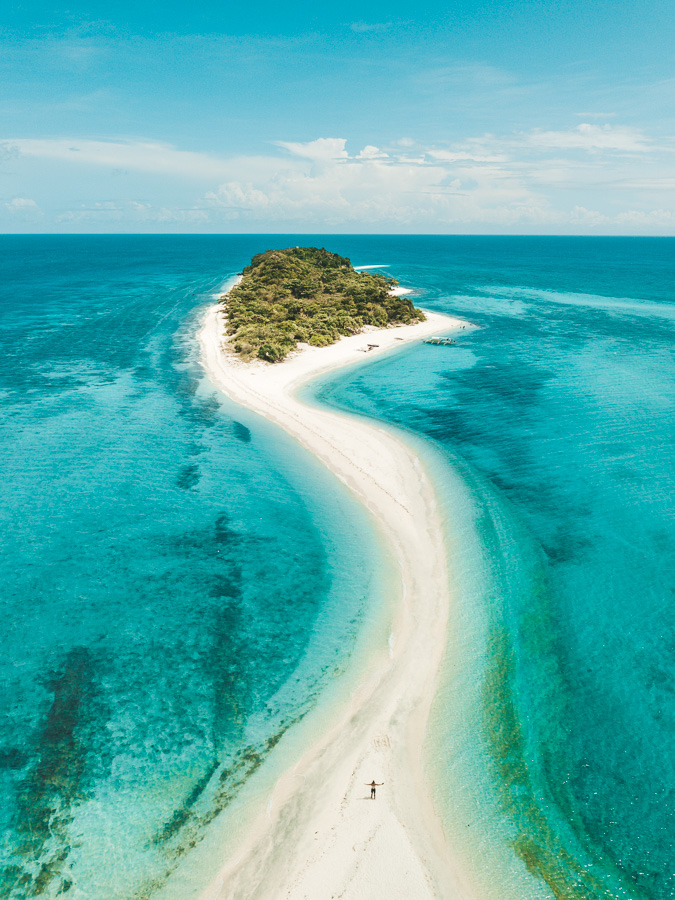 This sandbar is the highlight of the island and really is a sight to see not only from the air but from the beach itself. I think there is something special about being on a small island in the middle of the ocean, far away from the mainland. It is that remoteness that makes the vibe quite unique to an ordinary beach. 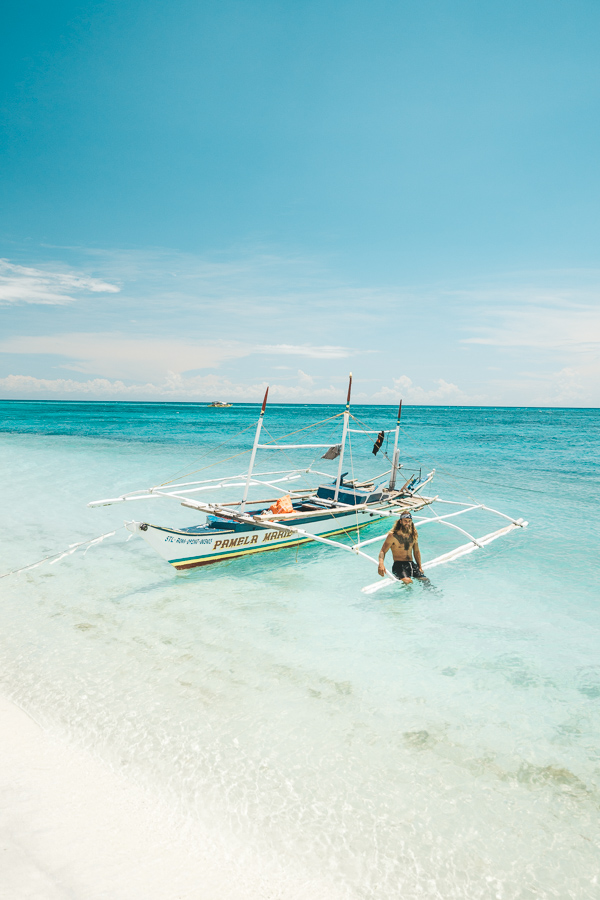 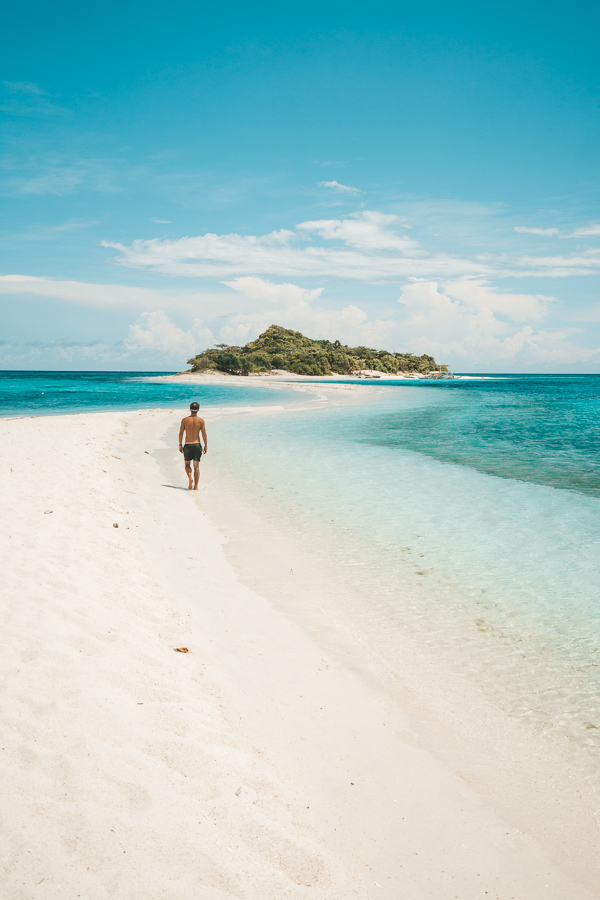 After hanging out at the sandbar area for ages, I decided to head down to the far end of the island on a solo walk as Nic did some more shooting for this video of the Romblon Region, which includes several scenes from Cresta de Gallo Island:

The walk down was deceptive and took me at least half an hour to reach the tip of Cresta de Gallo Island from the sandbar. In the searing heat this took its toll on me! I finally reached the end and had a swim before unleashing the drone to take a look from the air. 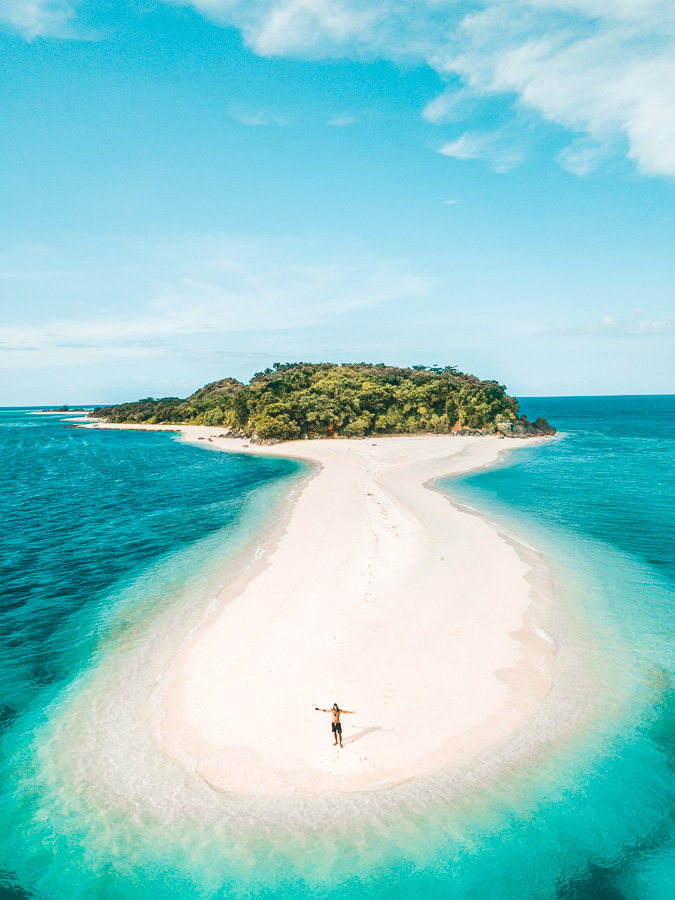 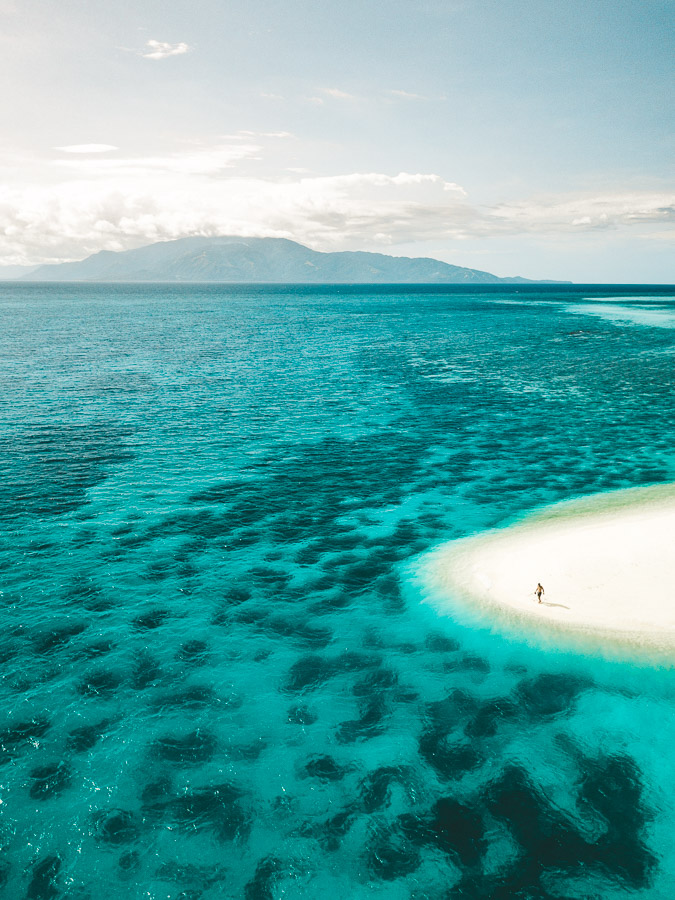 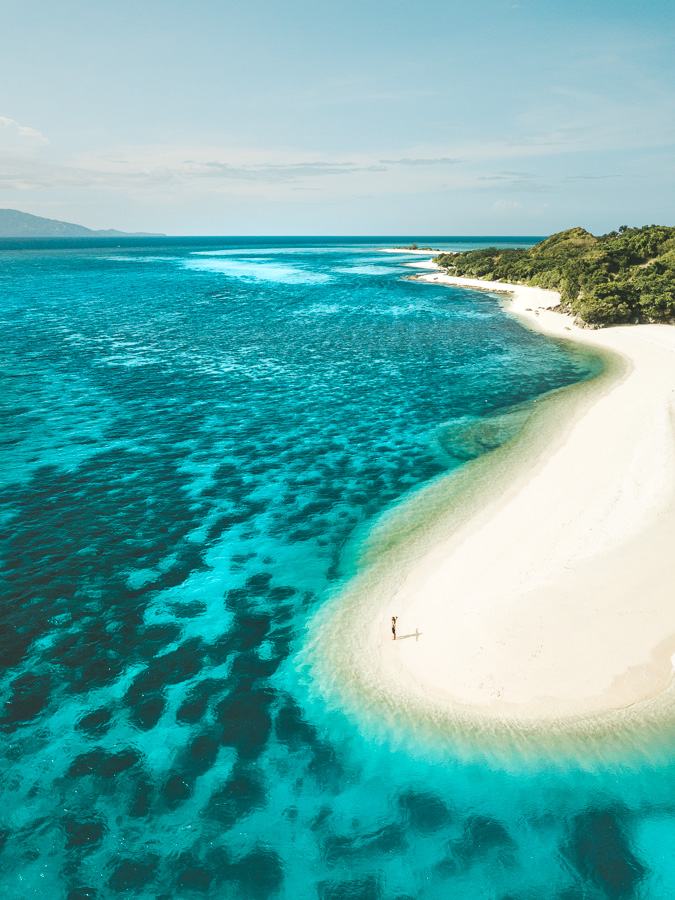 This was probably my favorite spot on the island because as you can see, the coral reef below the surface has an awesome spotted pattern, which just looks insane from the air. This truly is a magical little island.

I headed back to the sandbar where I met Nic and a bunch of local kids who we hung out with til the sunset. During the sunsetthere weren’t any amazing colors but it was beautiful nonetheless. 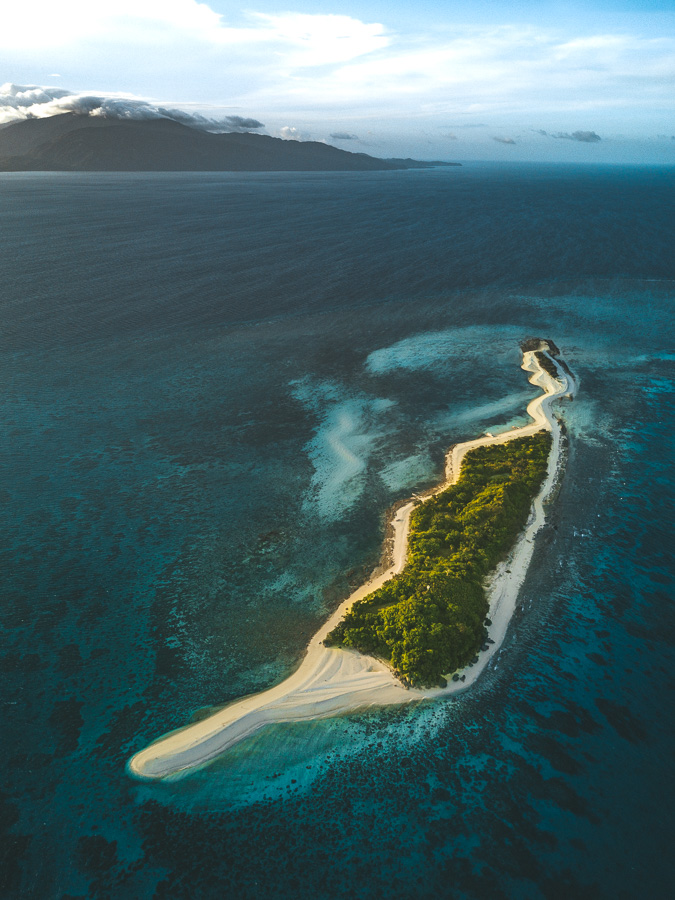 The boat trip back was pretty hectic. The driver said it was actually quite a flat day so we were lucky, as he covered all of our bags in two plastic tarps! We got belted by waves as the colors in the sky began to go crazy. It was quite a surreal hour. The sky was on fire, we were getting smashed in the face by the nonstop waves and then all of a sudden it was dark and we were mesmerized by a sky full of stars. We ended this day by rolling back to the beach in the dark under the stars, full of life and so stoked on the day’s adventure!

These are some more photos from the day! 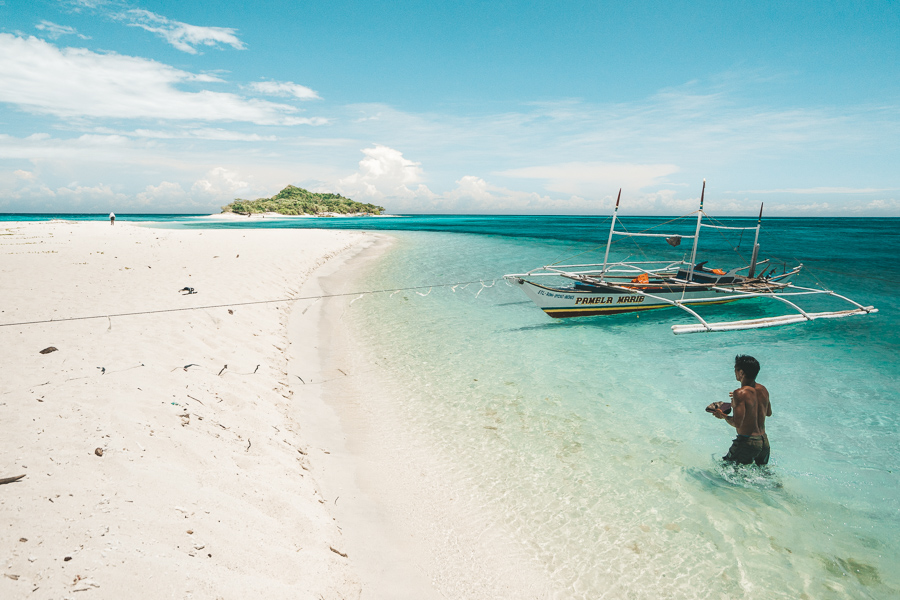 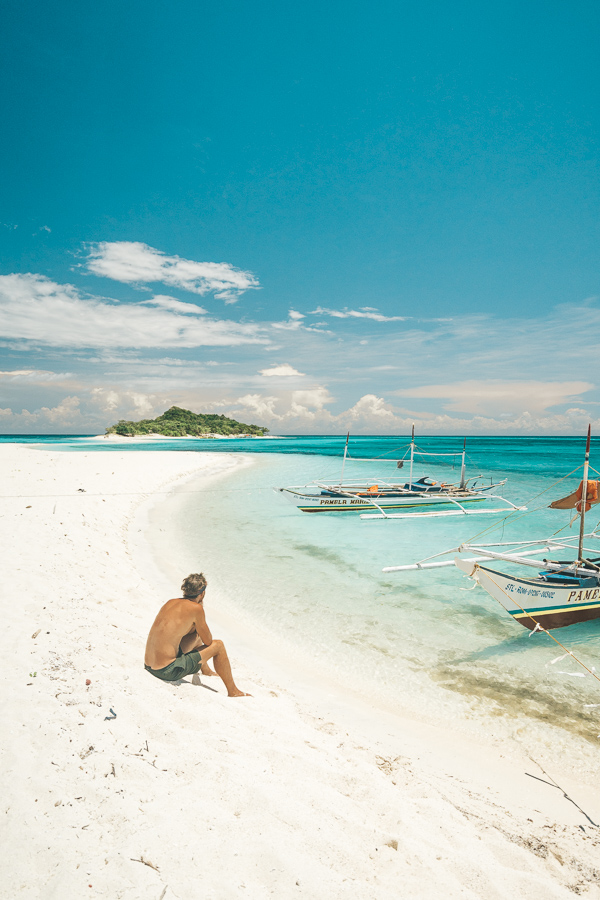 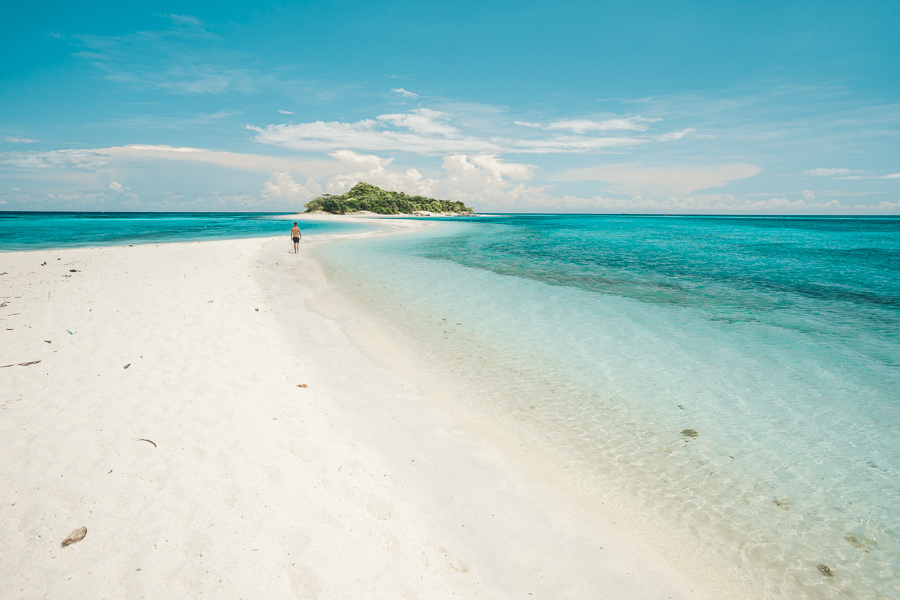 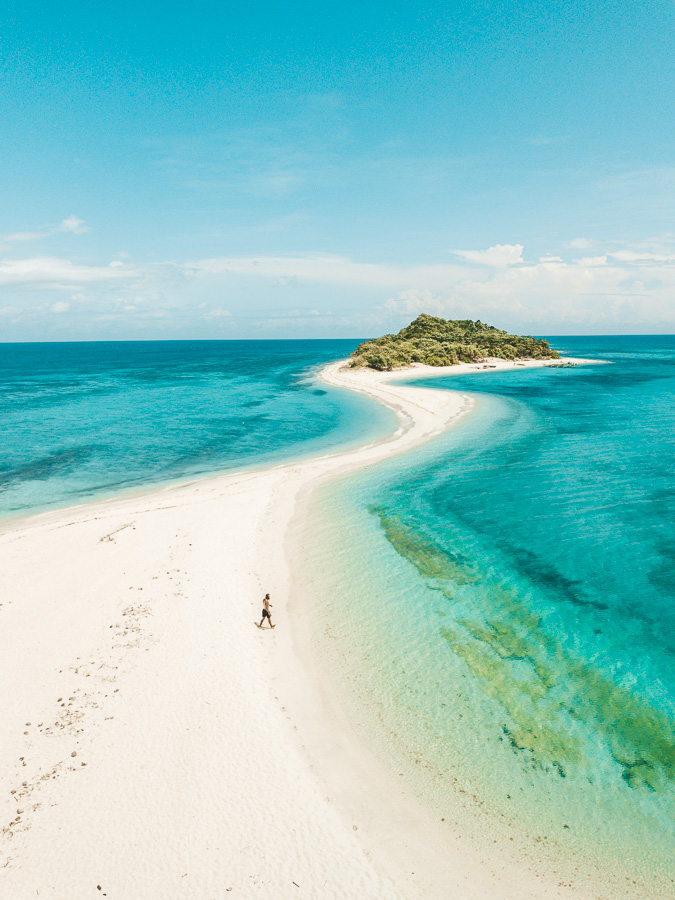 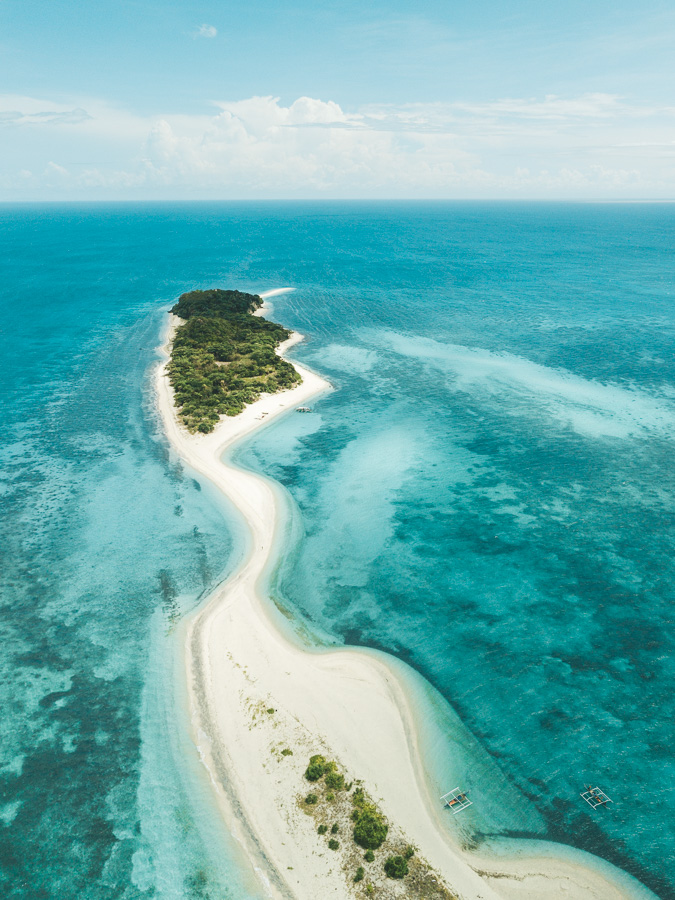 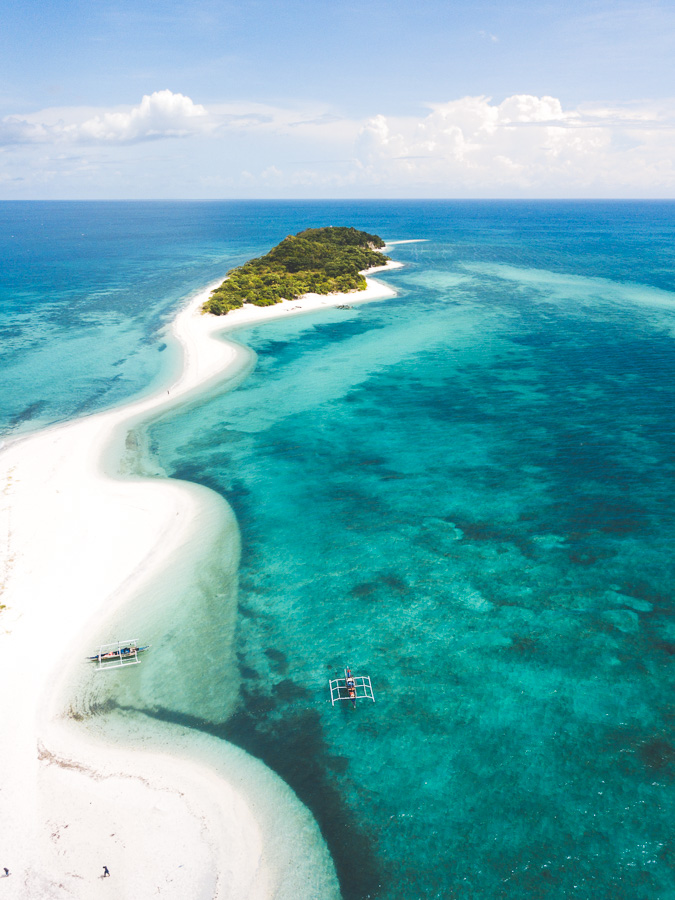 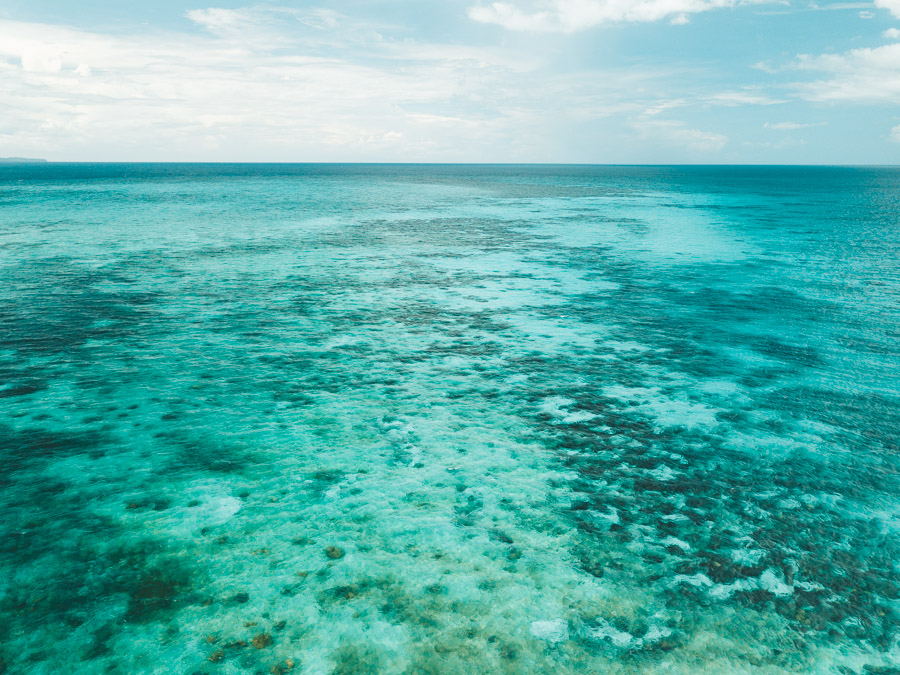 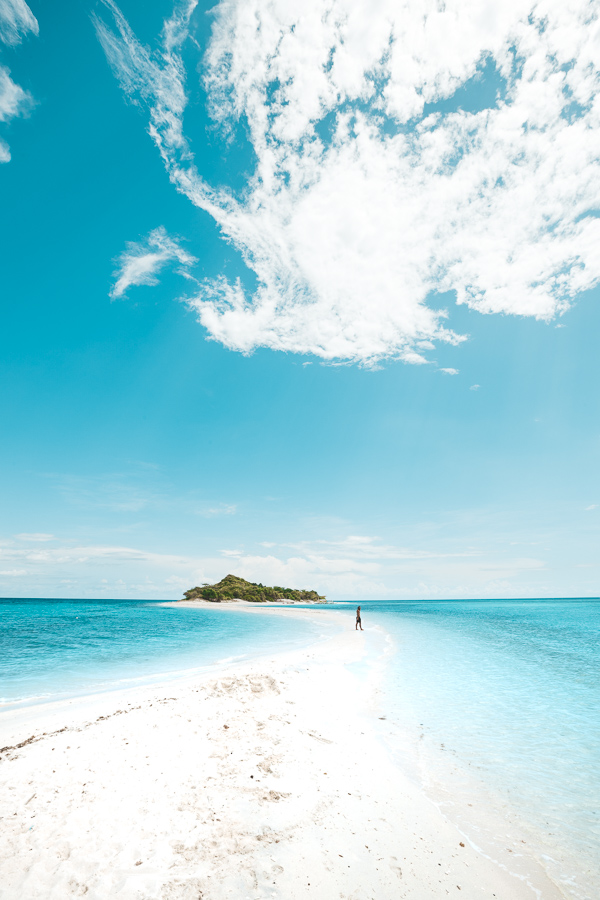 thank you so much for visiting Cresta de Gallo and thank you for trusting my uncle Pasic for the journey. Hope to see you soon in Cresta... Again...

Thanks for sharing your amazing adventurs! Your photos are stunning! I’m planning my trip to Sibuyan, can’t wait! :)

Stunning photos. I recommend dinagat islands in the Philippines. Tourism there is still on its infancy most likely you can have the beaches there all by yourself. Dont forget to visit Hinabyan beach, it's a secluded beach rarey visited by tourists. I've been there, it reminded me of the cast away movie?