It was our first night in the town of Magdiwang, Sibuyan and we looked around for a good sunset spot. The coast in Magdiwang area is ore mangrove than beautiful beaches, which is fine but not too picturesque for photos and a sunset area.

We opened up Google Maps and saw a spot called Ipil Point. Off on an adventure we went. Below you can see the exact pin location of Ipil Point and it is searchable on Google Maps so it’s pretty easy to find!

We arrived at a small cluster of homes. A group of 20 boys, all ages, were playing basketball and games in the dirt patch out the front of a wooden house. I introduced myself with my terrible Tagalog, which they all laughed at. I asked them how to get to Ipil Point and they all pointed along the path towards the ocean.

One boy jokingly asked if we needed a tour guide before all of his mates laughed at him. We continued on the path and came across huge mounds of coconuts and some work sheds. No-one was around just chickens, goats, dogs… the usual.

The viewpoint hill was right there but there was no path. We just made our own path and clambered up the hill, much to the shock of the family of goats chilling halfway up. We weren’t expecting too much from the small viewpoint, to be honest, but it was actually really nice. We had 360-degree views.

On one side we had the ocean with a decent drop down from the cliff we stood on. On the other side were layers of palm trees, covering the village. Eventually, the mountains put a stop to the palms and towered over Magdiwang. We could see Mt. Guiting Guiting, where we would be attempting the overnight trek the following day.

We unpacked our drones and the boys had all quit their basketball and joined us up on the hill. We all laughed and joked around in their broken English and my very broken Tagalog.

If you are looking for a little sunset adventure in Magdiwang, it’s only a short ride from the town and a good alternative to the mangrove beaches along the coast.

These are my favorite photos from the sunset at Ipil Viewpoint: 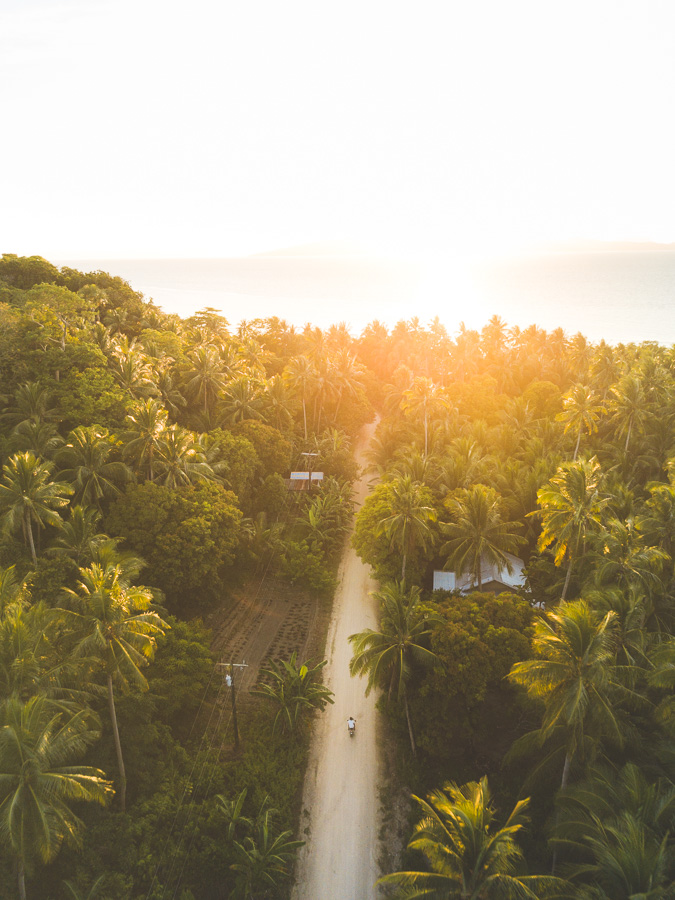 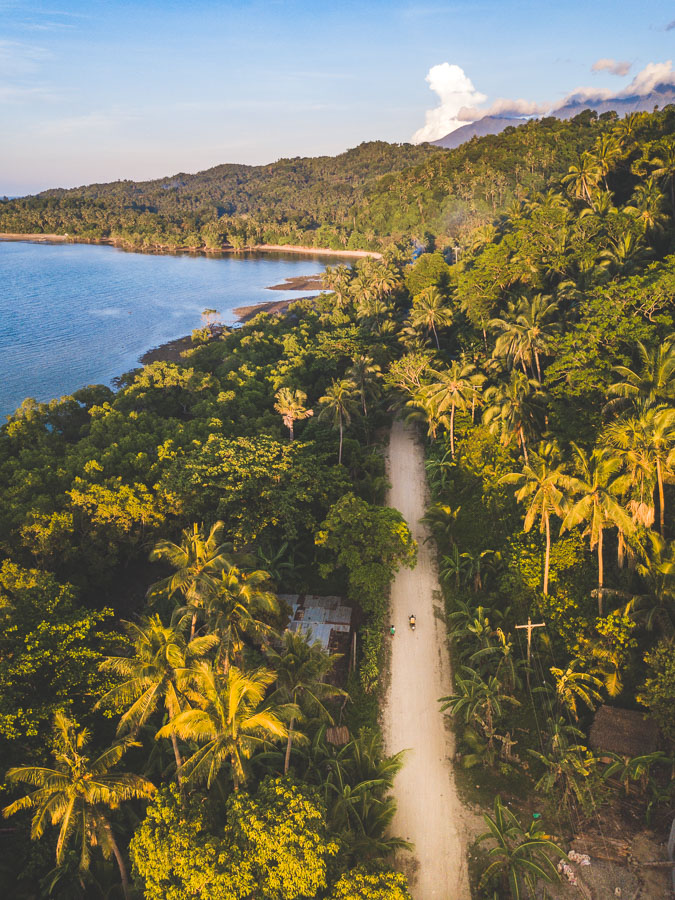 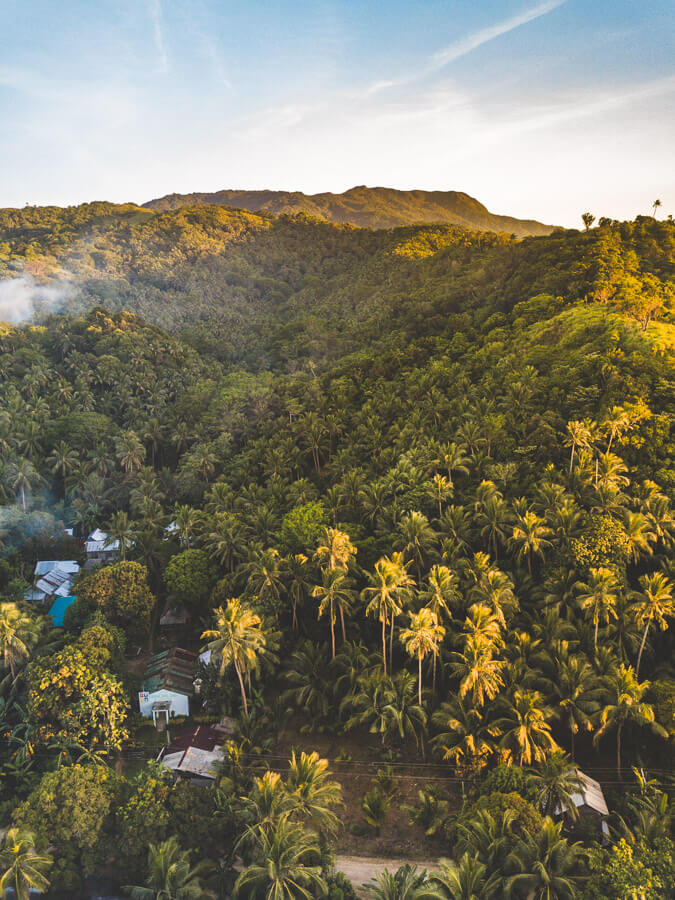 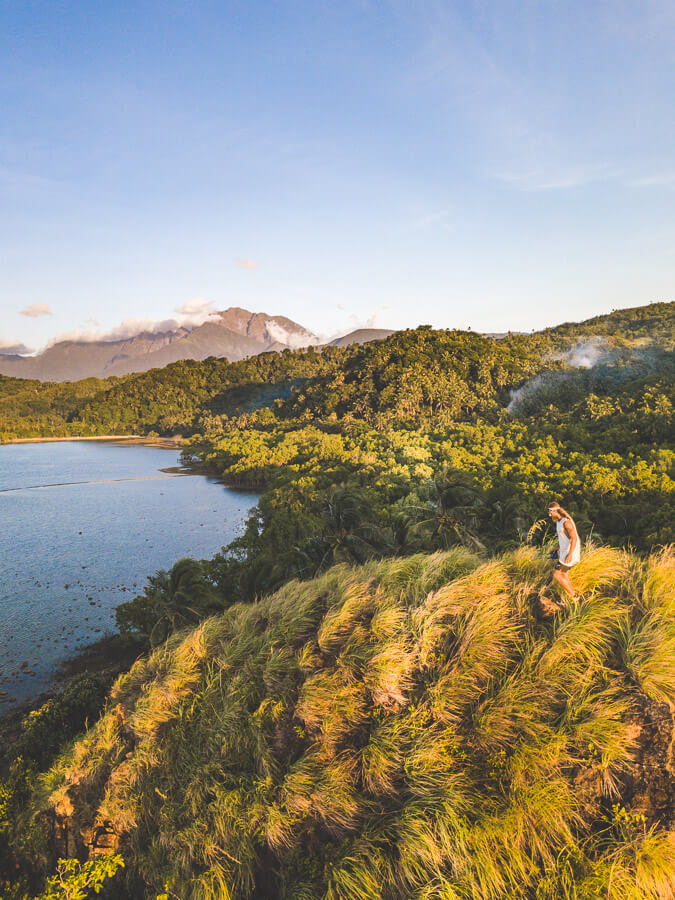 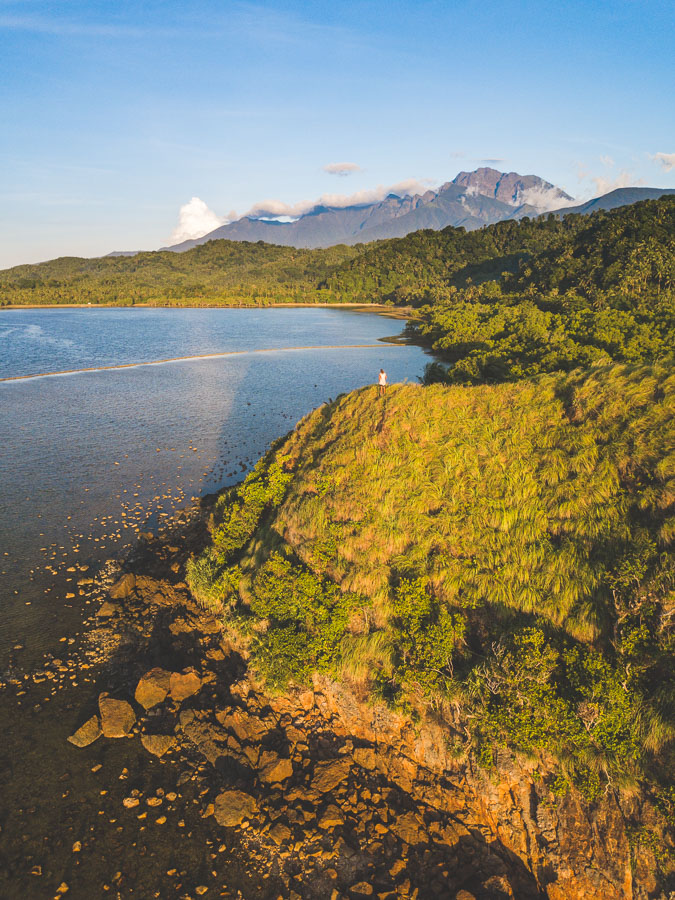 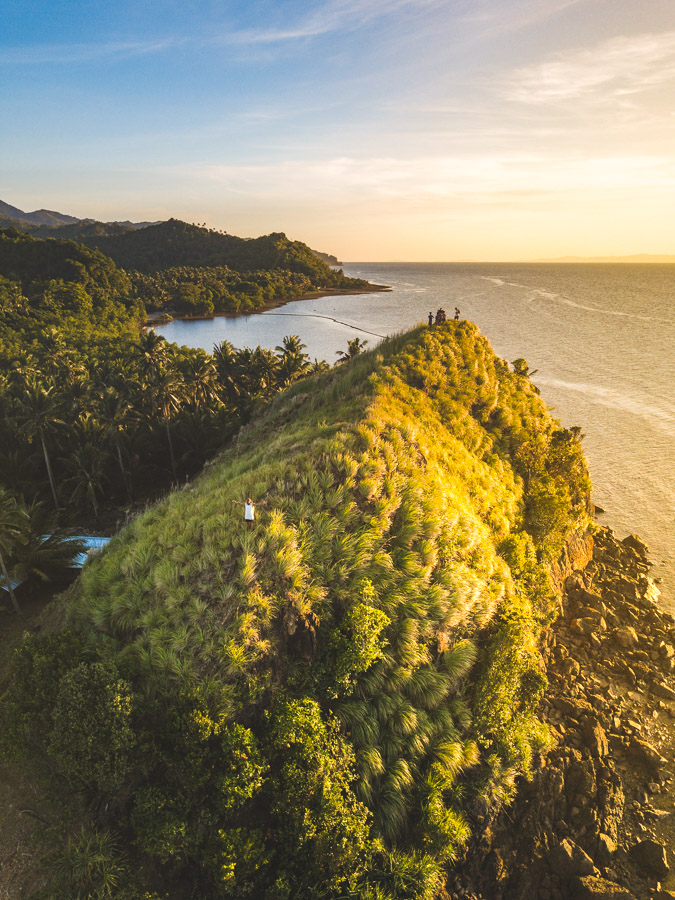 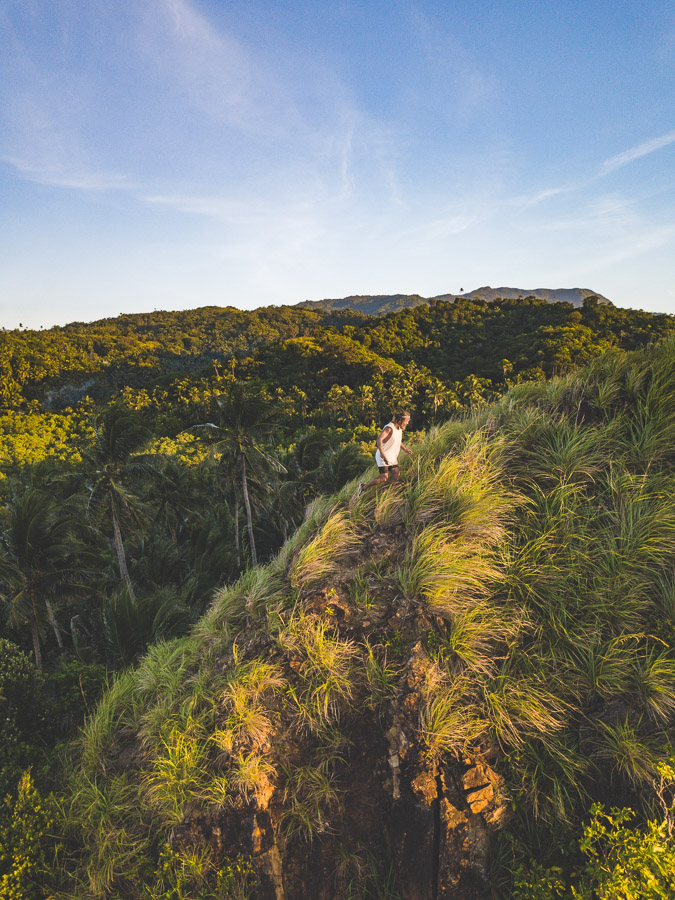 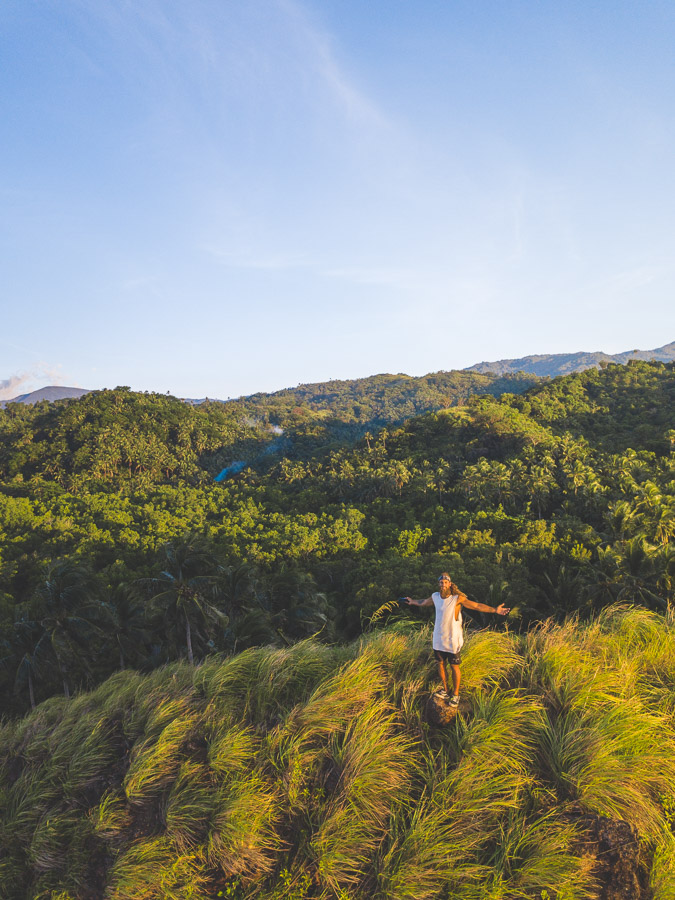