Fort San Andres is an imposing lookout over the Poblacion (Main town) of Romblon Island in Romblon Province. The 17th century Spanish Fortress is now a crumbling reminder of the rich history of Romblon.

From the town, we jumped on a motorbike and cruised to the bottom of the Fort Entrance. We parked next to a vendor and began to climb the stairs. The journey up was not incredibly hard but it was a very steep, long set of stairs. Along the way, the gardens on either side of the stairs are magnificent and well manicured. Statues and hedges create a magnificent entrance to Fort San Andres.

When we reached the top the guard was just about to close the gates. We had just made it up in time to catch the sunset out over the ocean. You are allowed to climb to the roof of the Fort and from the roof, we sat on the walls and watched the sun disappear into the horizon.

We then began to explore Fort San Andres, which had many unique sections with strange doorways and beautiful marble statues. Many parts of Fort San Andres are crumbling but the guard is the head of an organization helping to maintain and repair the fort to make sure it is there for generations to come. 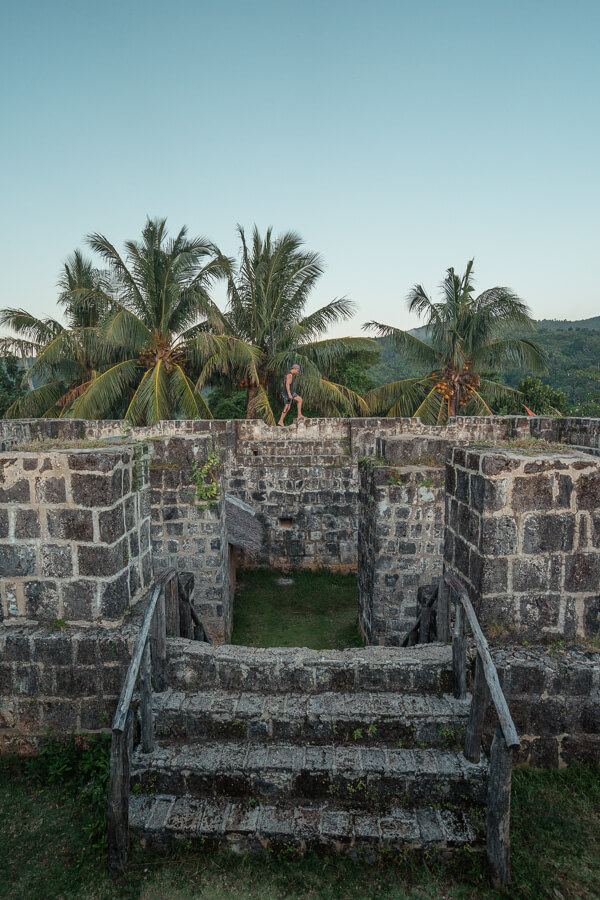 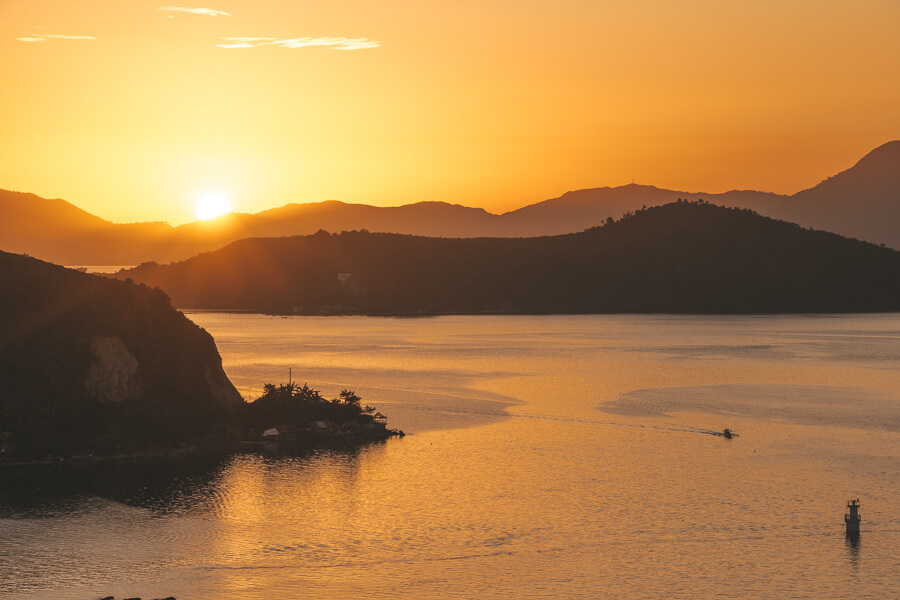 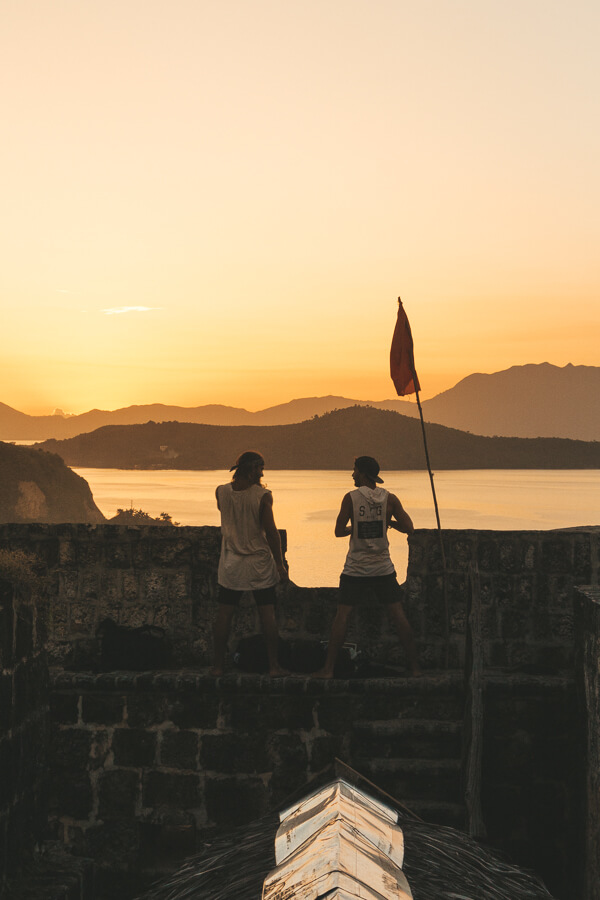 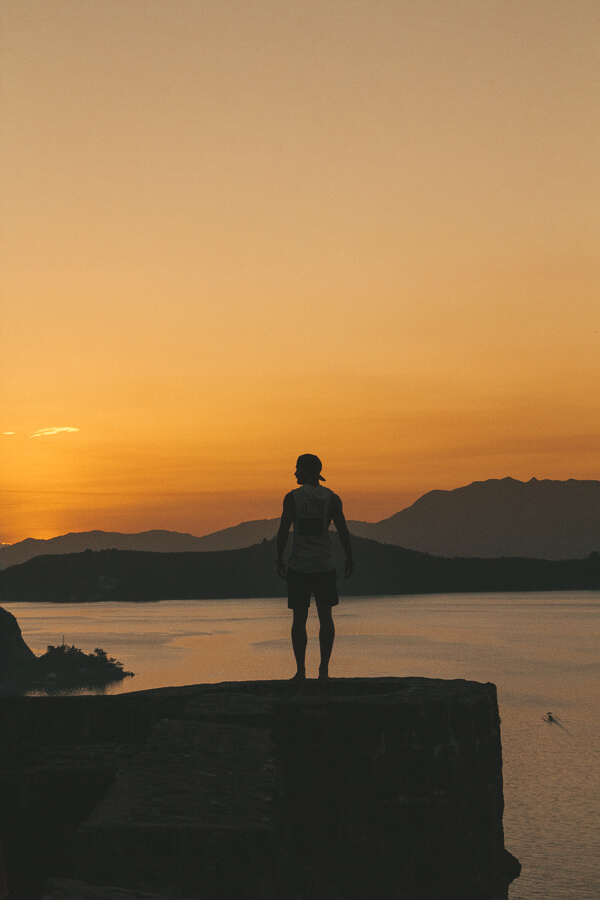 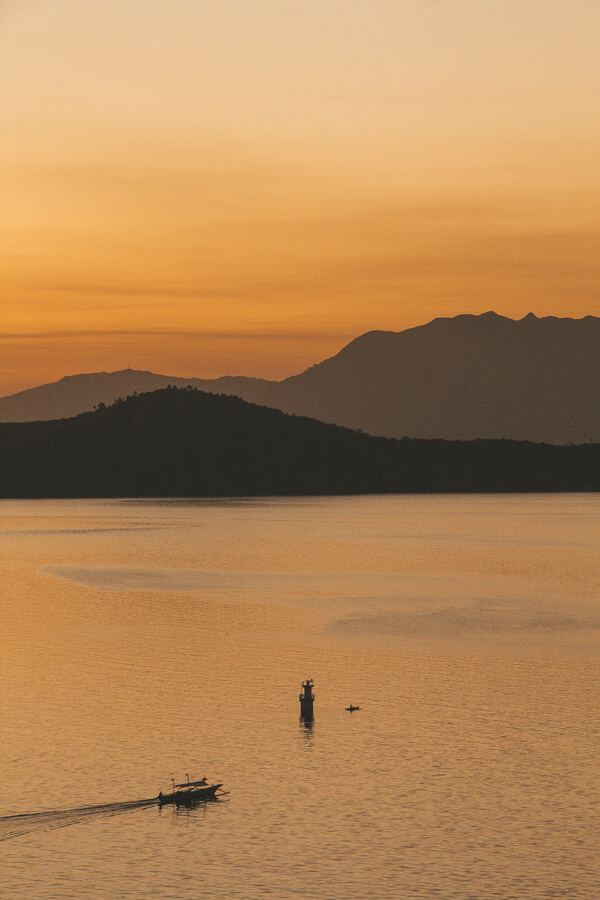 HOW TO GET TO FORT SAN ANDRES IN ROMBLON

From the main town, you can walk or ride your motorbike to the bottom of the stairs near the port. The walk up the stairs takes about 5-10 minutes and is very steep. Entrance fee into Fort San Andres is just a donation to the maintenance of the crumbling structure.

Nice picture very recent. Hitting up to romblon this june 13.. i hope your still there.. It helps alot. Safe travels!! Xoxo