Danao Norte is a region in the south-east of Tablas Island, Romblon. There’s a couple of resorts, which you can reach by a gravel road but other than that we didn’t see too much. However, it was from the sky that we had a memorable experience in Danao Norte. It was also the reason we came. This blog post is titled Danao Norte Viewpoint but in actual fact, there is no name for this viewpoint as confirmed by locals. Noone goes here it seems. Therefore, for now, it is the Danao Norte Viewpoint.

It was the usual game plan for us on Tablas Island. Look at Google Earth and find some epic viewpoints and reefs to explore. As you can see below there was a shoot or a thin stretch of deep water with the shallow reef on either side. We thought it would be epic to shoot this location from the sky. It was awesome to be on Tablas Island finding random locations that turned out to be epic. It’s much more of an adventure than arriving at an easy to find a location that you have seen photos of a million times!

When we arrived we saw a path that led out to a hill viewpoint. It, in fact, turned out to be a dead-end path where I scratched my entire body a thousand times trying to push through for the view. I returned back to the road, having spotted a better viewpoint that had a road all the way down to it.

We re-routed and drove down the driveway, which seemed to be a road to a resort of some sort at the very bottom. We stayed atop the hill and didn’t see or hear another soul during our time at the viewpoint. It might be hard to imagine but this is actually how a lot of these ‘spots’ are created. This was an amazing result but we have ended up in more dead-ends, backyards and outdoor living rooms while in Romblon than you could imagine during our search for epic locations. 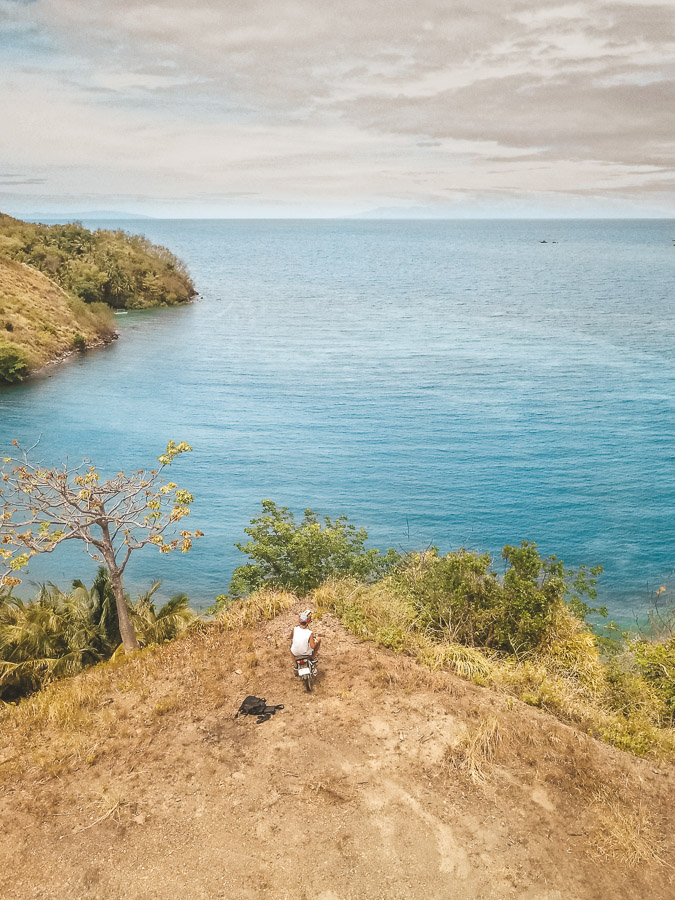 The drones went up and all three of us silently prayed we wouldn’t crash into each other. Every now and again we would report our heights to avoid a collision. I had a shot in mind from the back of the bay looking straight down the shoot. As always though, I got distracted while flying and started shooting other scenes.

In this particular spot, I flew through two batteries and had the time of my life sitting on the ground, finding shade for the screen in the scorching sun, flying in one of the most rad locations of the year so far. Traveling with a drone makes you feel like you are traveling twice. You get to experience every location in a way others don’t. Many places like reefs, cities, mountains, and beaches look extremely different from the air and I’m so lucky to get to view these with my DJI Mavic Pro.

I flew on all sides of the bay snapping all of the shots you can see below before finally bringing her down and calling it a day. I think Nic got tired of waiting for me to stop flying. 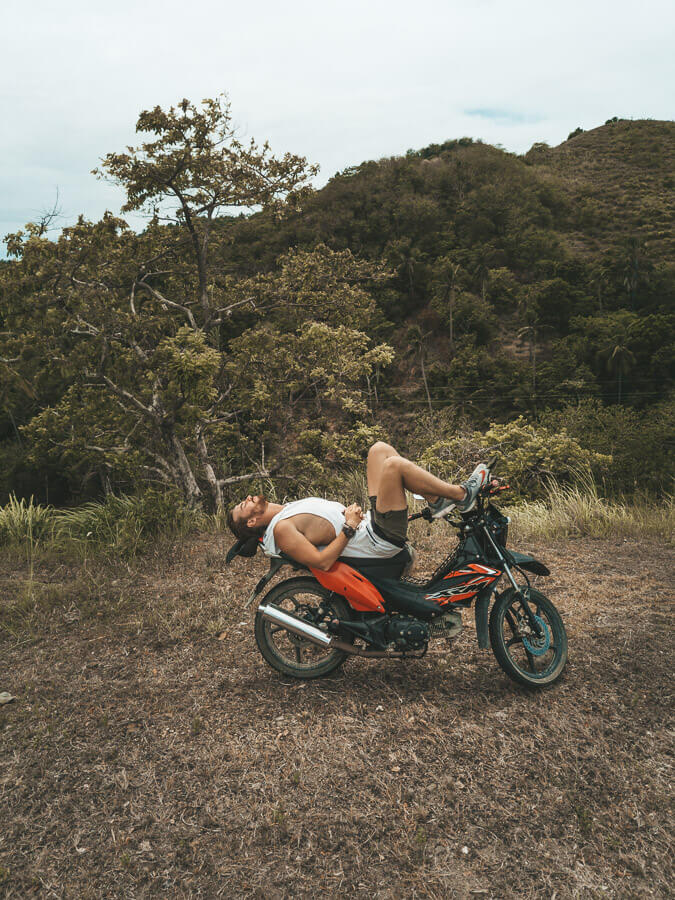 This is one epic viewpoint with or without a drone but if you do fly, bloody enjoy it. It doesn’t get much better! 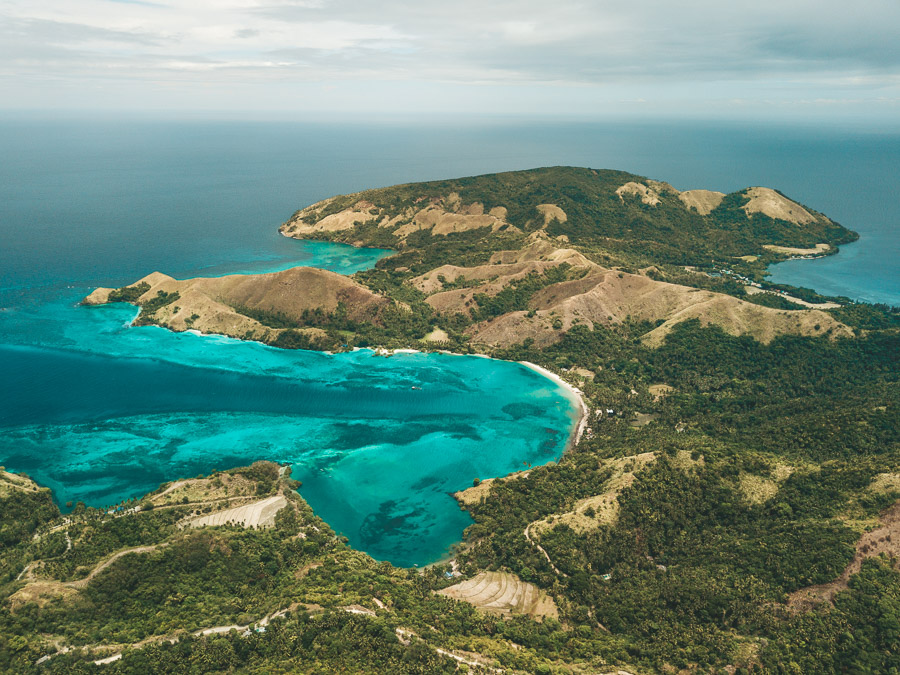 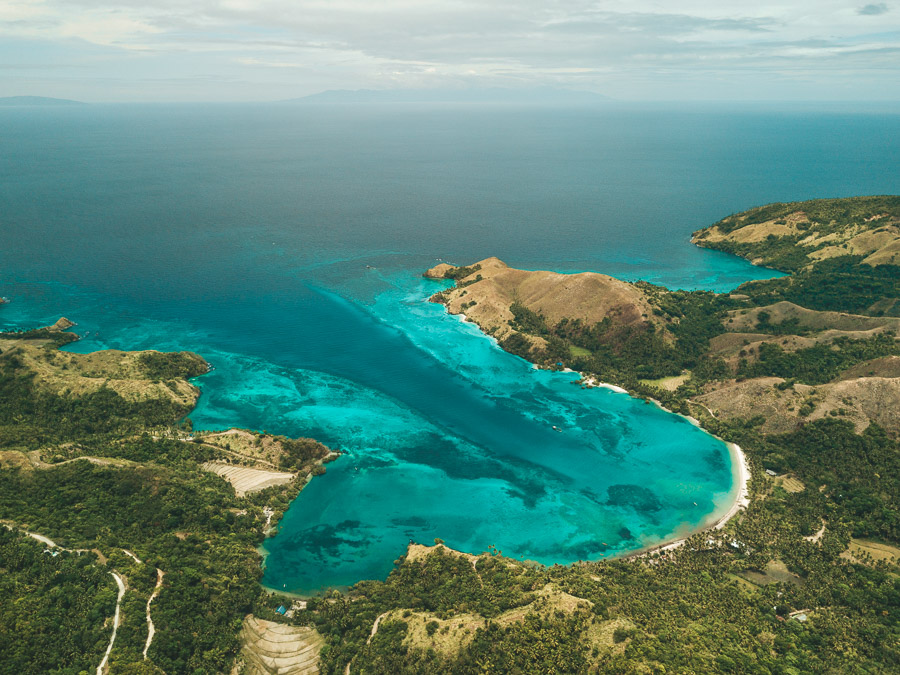 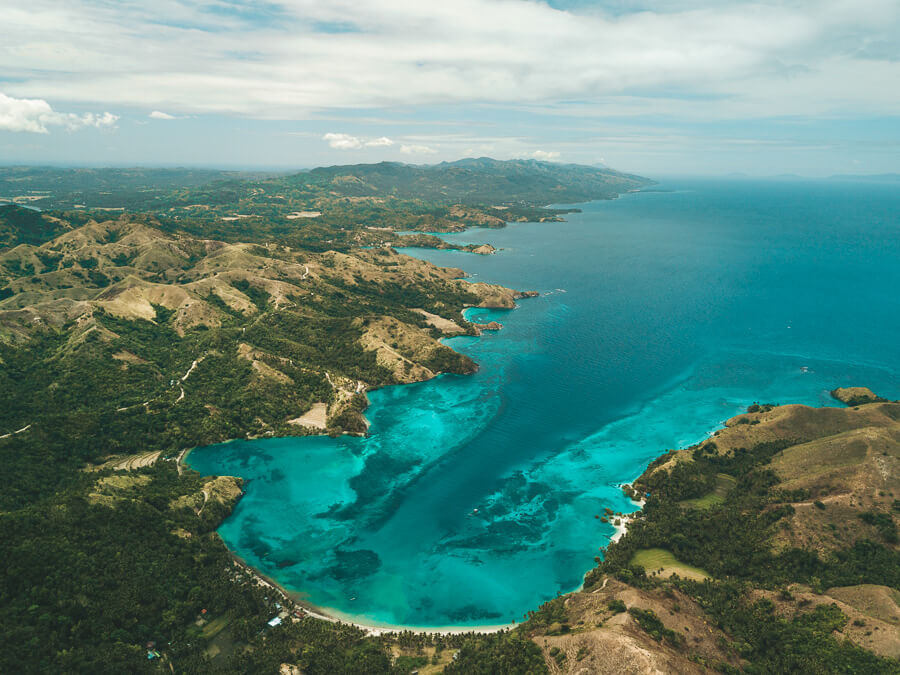 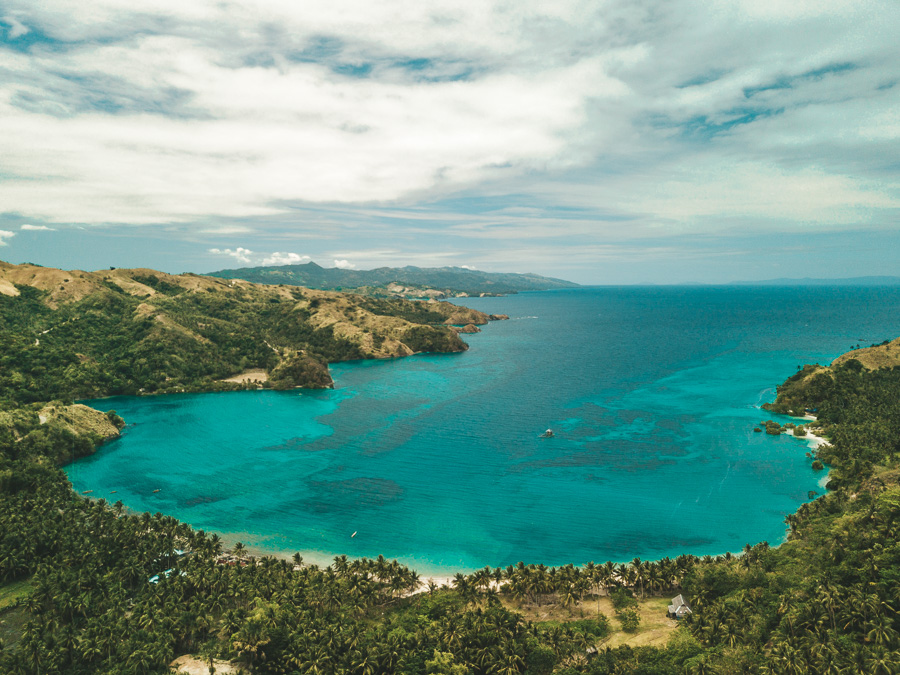 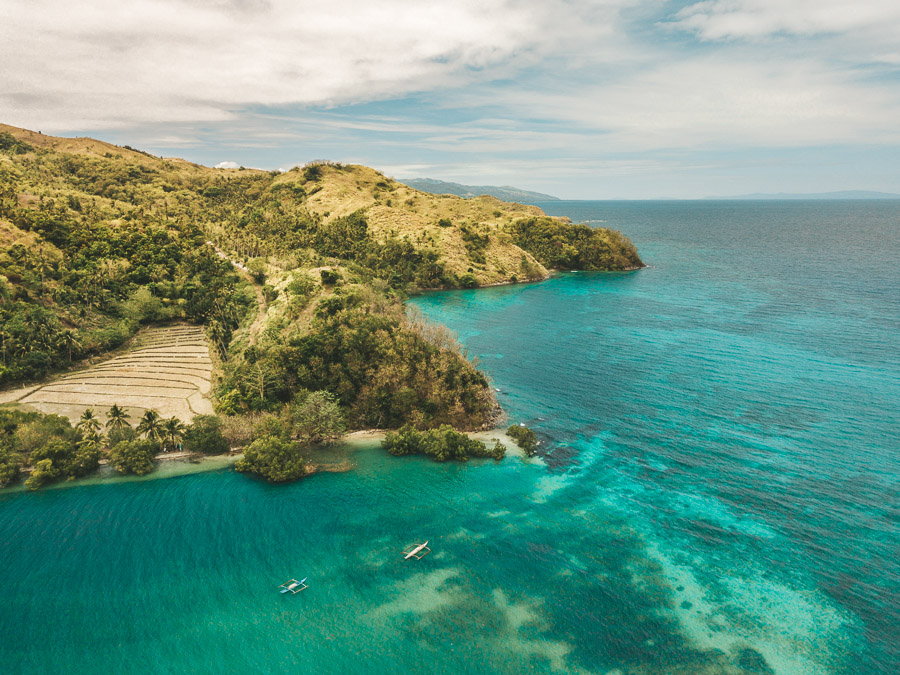 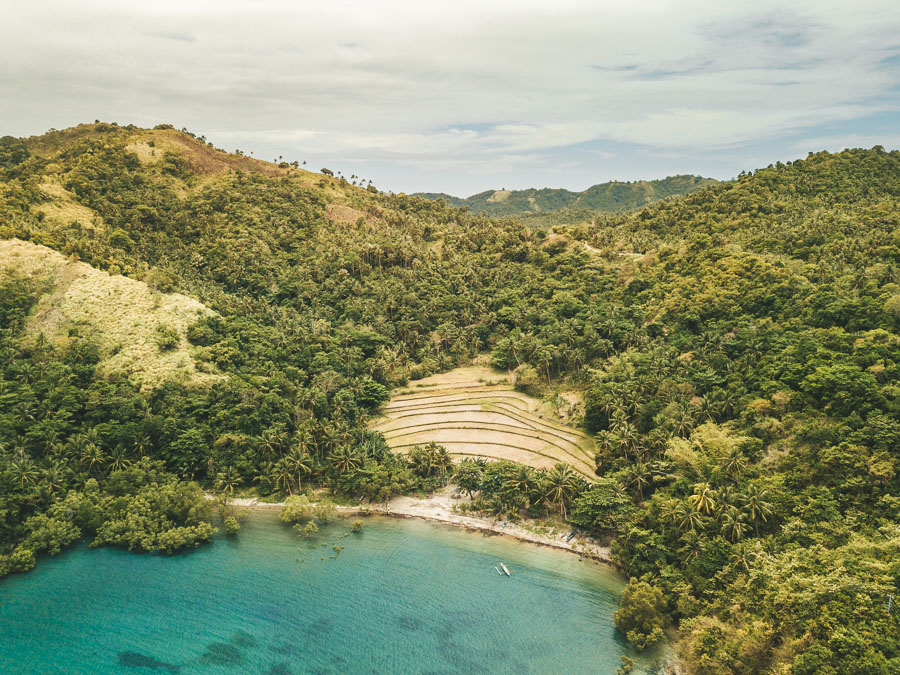 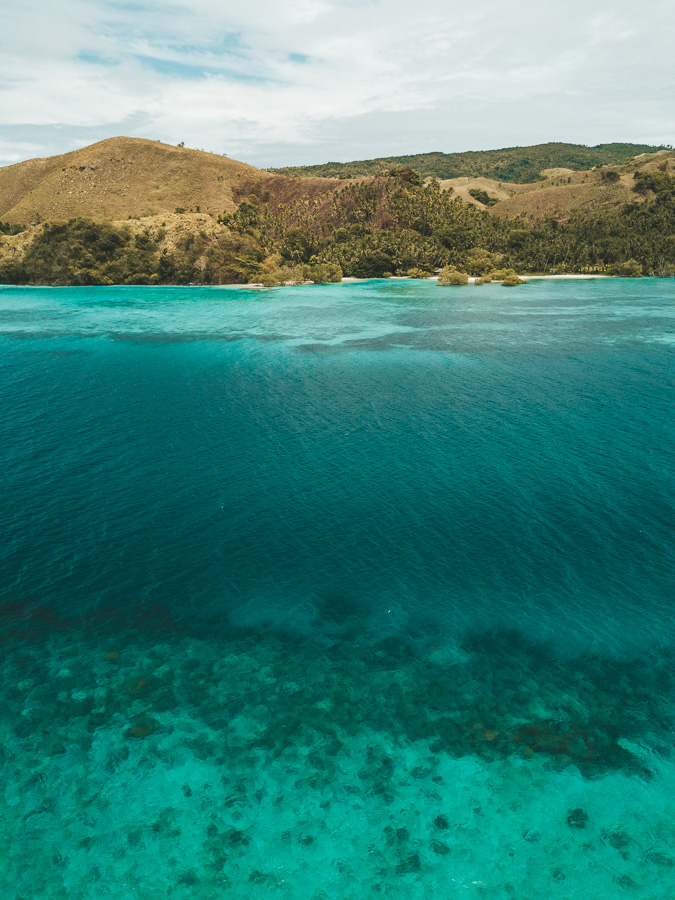 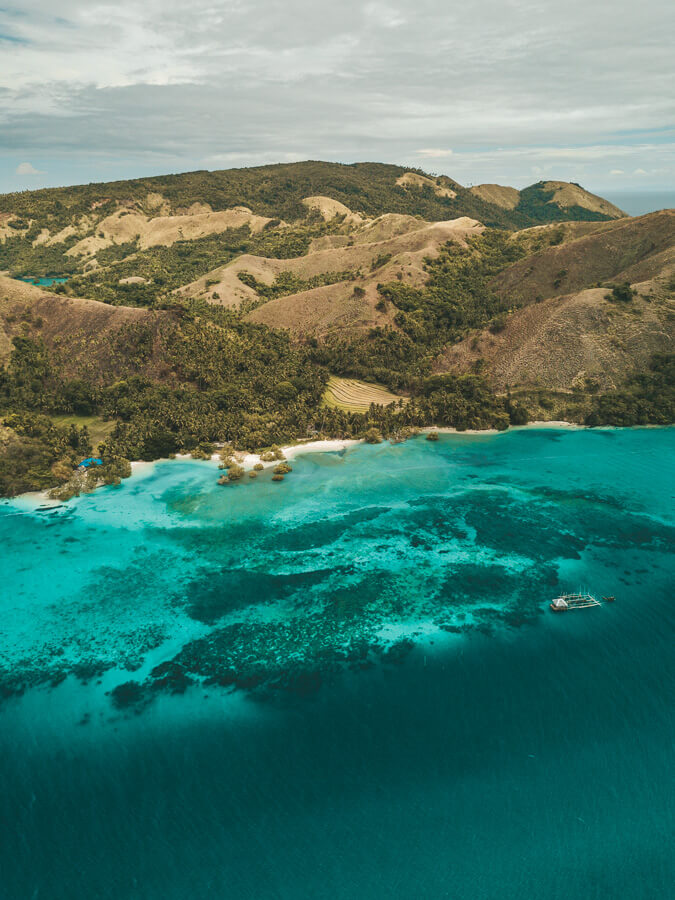 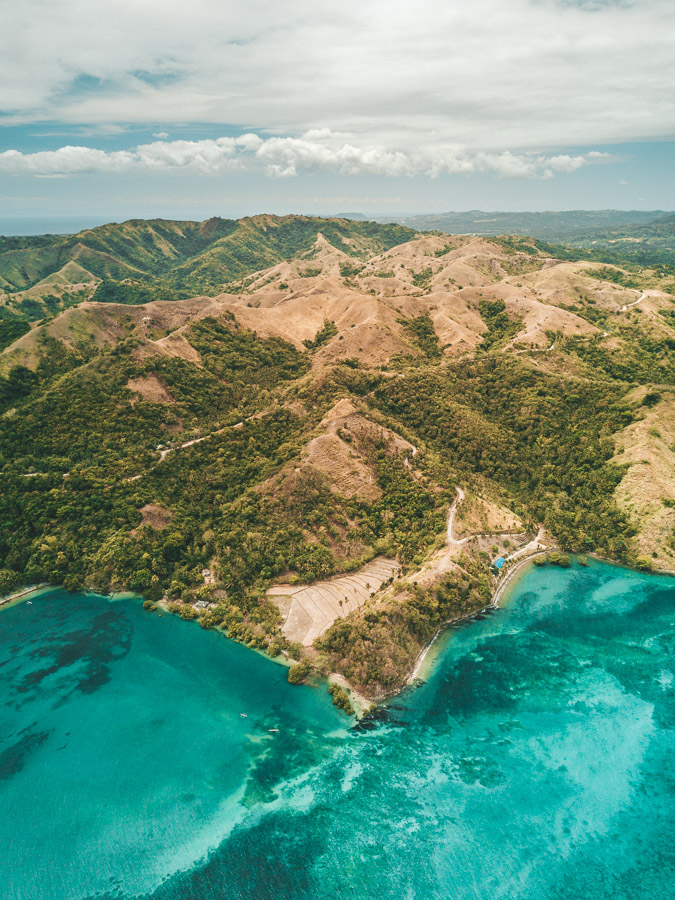 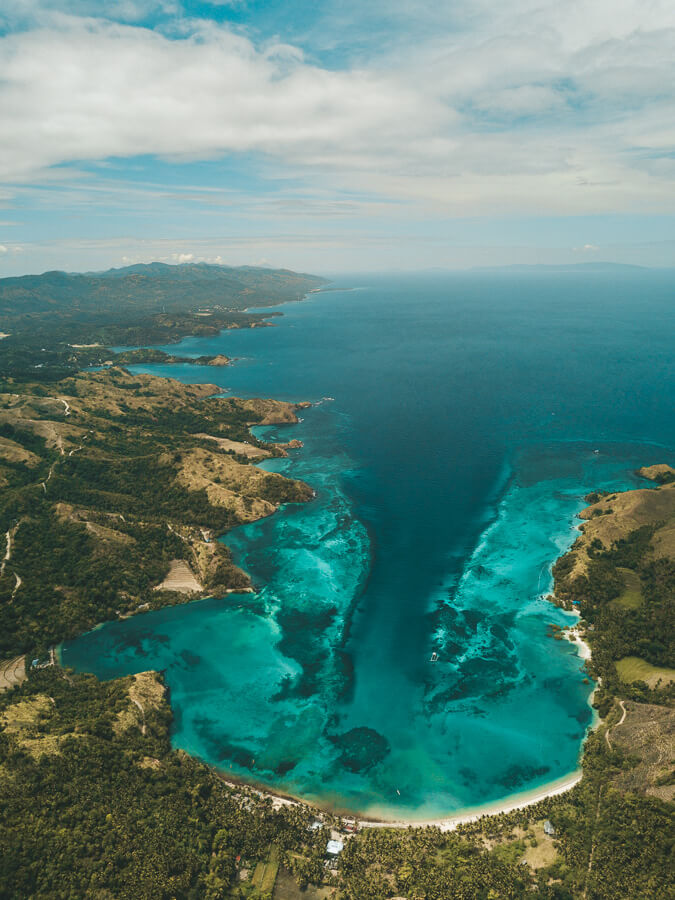 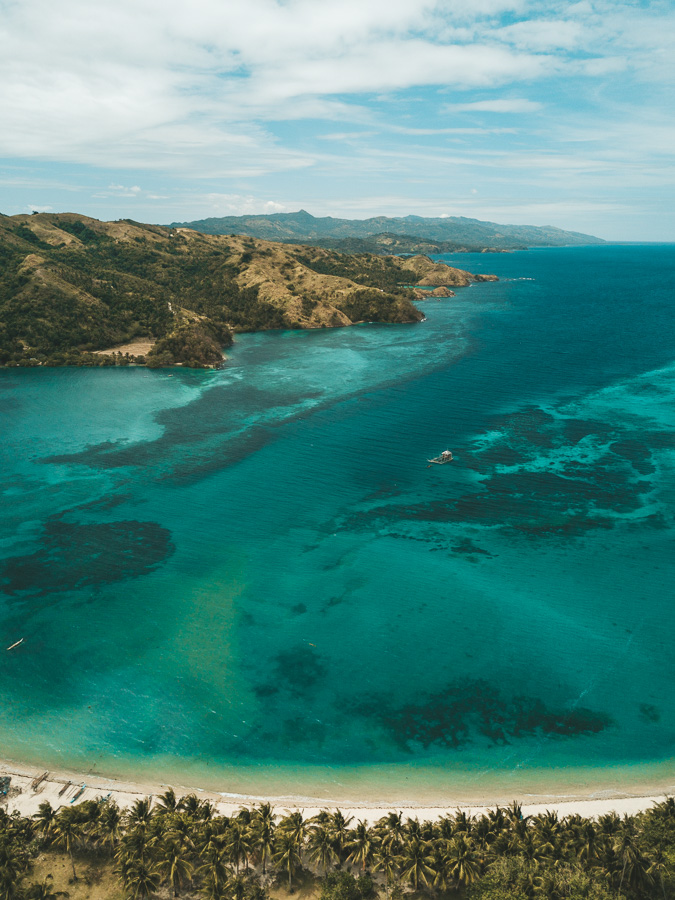 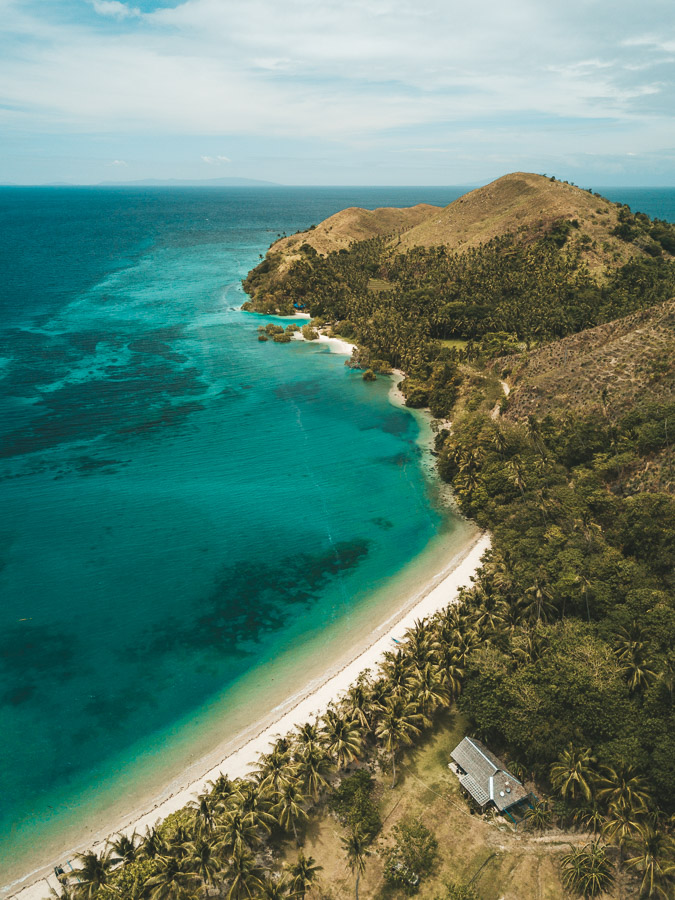 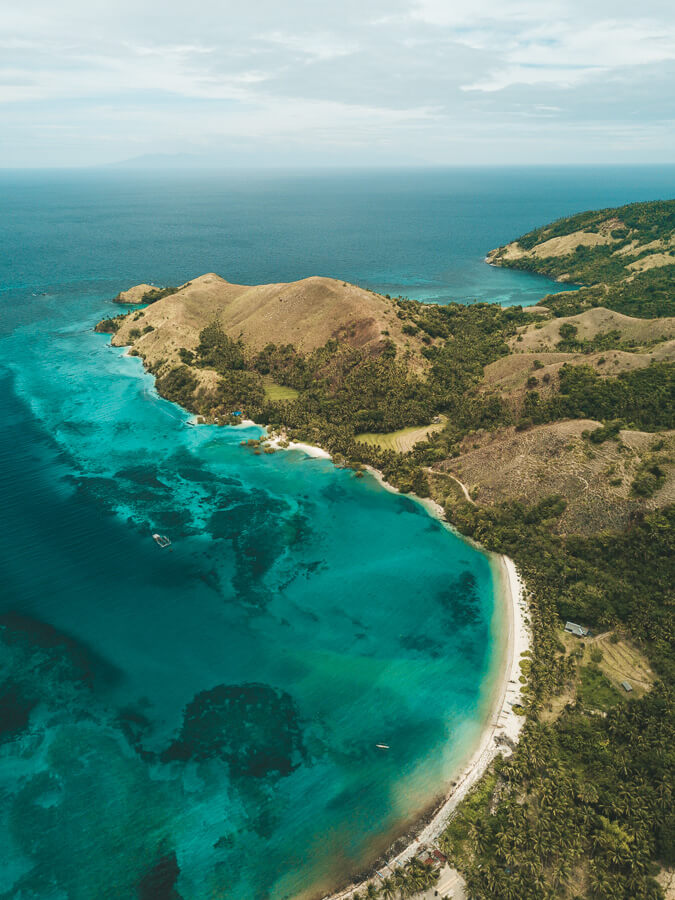 Hi Jackson, thanks so much for the beautiful article on "our" bay. We're a South African couple who have retired to the Philippines and we live in the small house in the bottom right of your first photo.

On my way back from Looc, I often stop at the top of the viewpoint hill and admire the beauty of the place. If you ever return here, please look me up and I can show you an even better viewpoint that overlooks both this and the next bay, onwards to the southern tip of Tablas and includes several small islands. Very photogenic indeed!

Hello. I enjoyed reading your article about this viewpoint. We are planning to go there tomorrow. Keith, that sounds like a reeaally nice spot! Can you tell me more about it? Thank you!

HA so cool Yes the reef here is amazing!