WHERE IS COBAN SRITI WATERFALL AND KAPAS BIRU WATERFALL

The parking lot is near the Warung Mbak Juara on Google Maps.

The parking lot for Kapas Biru is near Warung Mbak Juara. Parking and ticket entrance cost a couple of dollars total. The trail is easy to find once you have parked. It is very steep but well built with rails in many parts. There are some ladders to help you get down the steepest parts but they are solid ladders so they seemed pretty safe.

Kapas Biru Waterfall is amazing. One huge, thundering stream of water crashes down from what seems like 100m. The pool at the bottom of the waterfall is smashed with the force of the crashing water. It then streams down the river, which has scattered rocks and plants throughout making it a beautiful lead up to the waterfall.

There are a few huts to hang out in while you enjoy this beautiful area near the waterfall. I suggest coming to the waterfall between 10:30 and 12:00 for the best lighting. In the afternoon there will be no light at all in the area as it sets on the opposite side of the cliff. 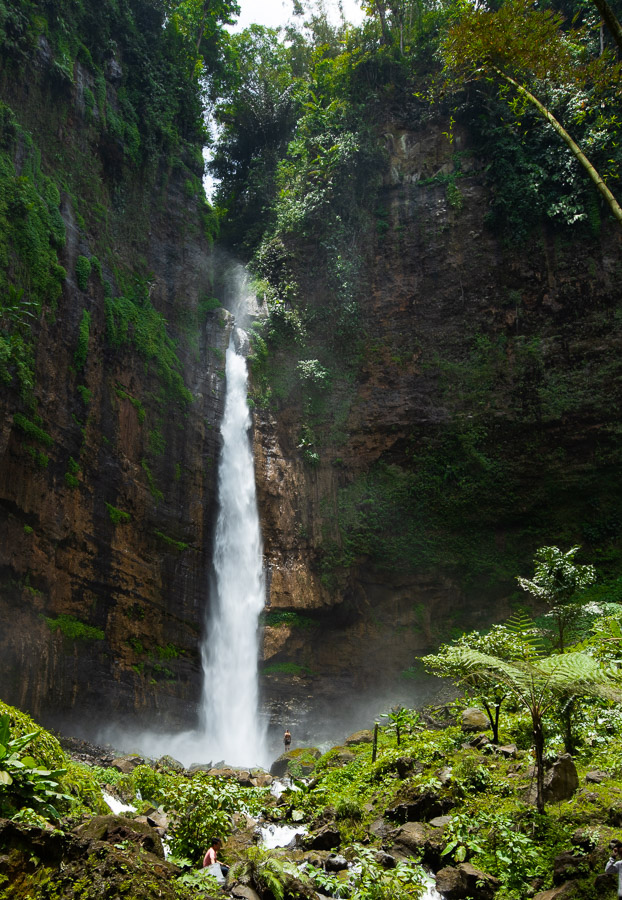 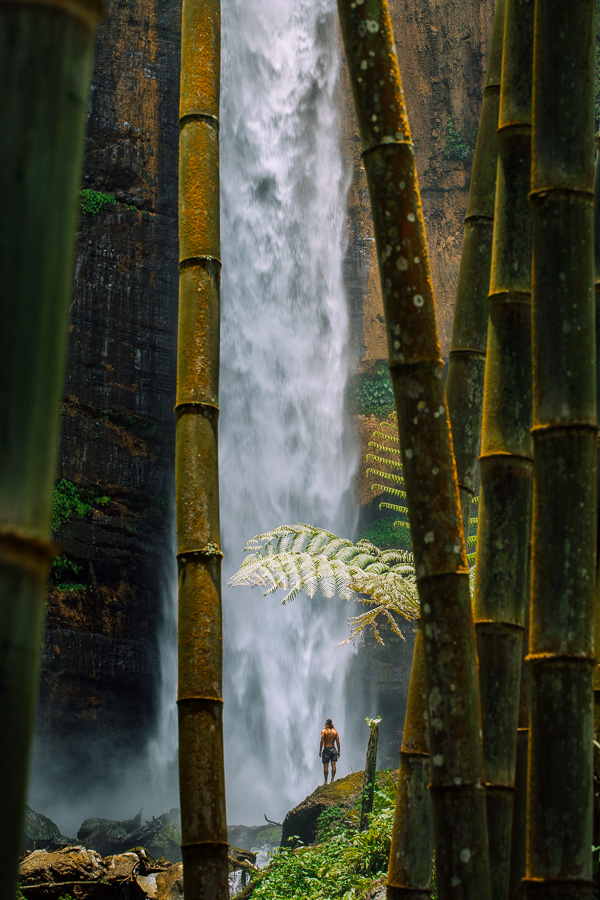 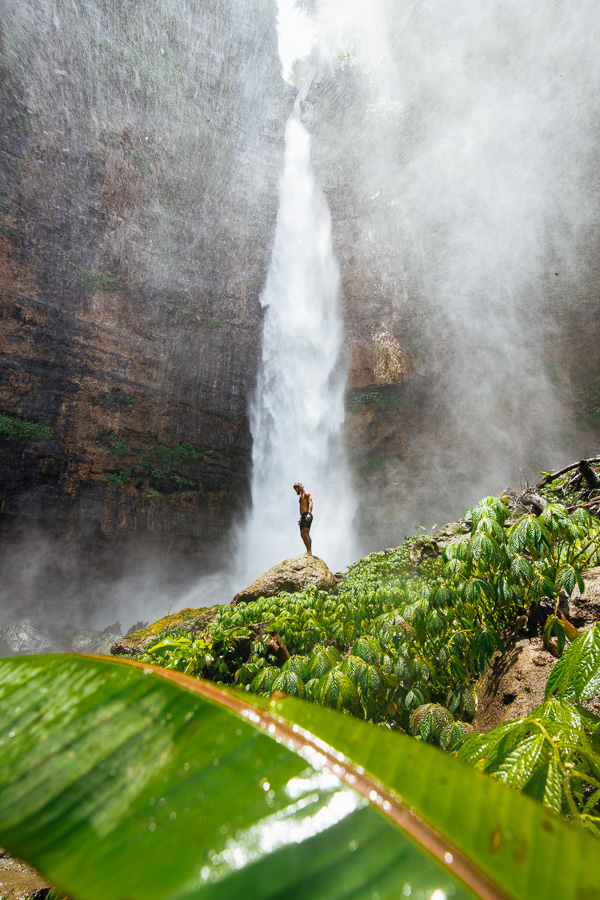 What are my favorite pieces of gear for waterfall adventures? 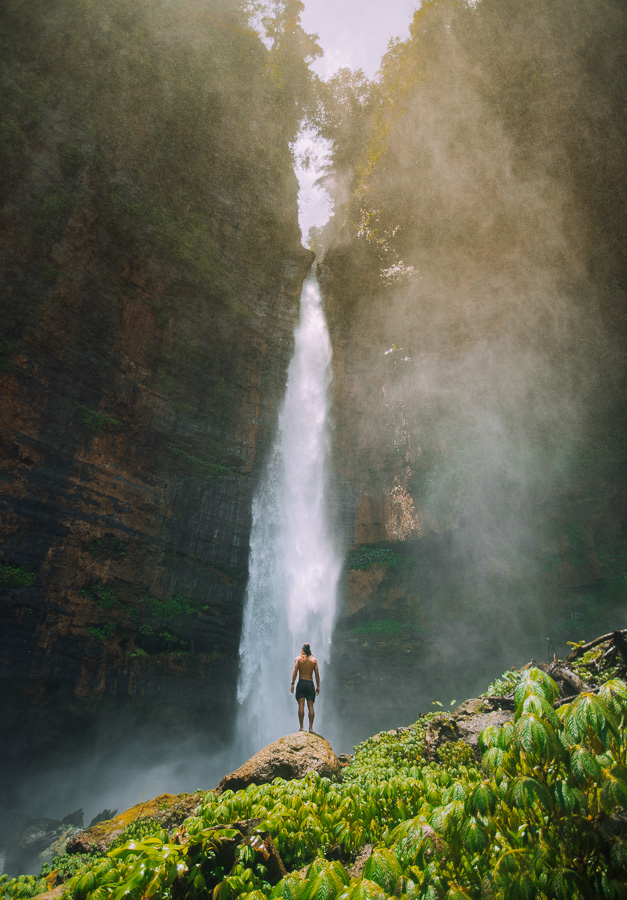 After Kapas Biru Waterfall it is time to get wet. Don’t try and jump across any of the river crossings, you need to accept that you will be getting your shoes wet on this journey to Coban Sriti Waterfall. We went in the dry season but if you go in the wet season, I can imagine the conditions could be dangerous to cross. Make sure you visit with an experienced local as we did. This river could be deadly on a bad day as you try and cross.

The crumbly grey rocks and vast open space for the trail had us feeling like we were on another planet. Finally, some greenery appeared as we crossed the river for the fifth time. None of the crossings were dangerous and we just kept it slow and steady as we edged our way towards Coban Sriti Waterfall.

After about 20 minutes of scrambling across rocks and river crossings, we made it to Coban Sriti Waterfall. Two huge streams of water plummet down at least 100 meters onto the huge rocks below. The rocks below must have cracked off the cliff at some stage as they are the size of houses!

At the base of this waterfall, it is incredibly slippery and cold! We hung out here and took photos for a while. It was about 9 am when we arrived and the lighting was quite harsh. I would suggest arriving here just after sunrise or later on in the afternoon but during the harsh sun, it was not easy at all to take photos due to the difference in shadows and light areas.

My favorite part of this area was the huge cauldron. The walls of the cliffs are completely smooth and they seem to encapsulate you as you enjoy the waterfall. 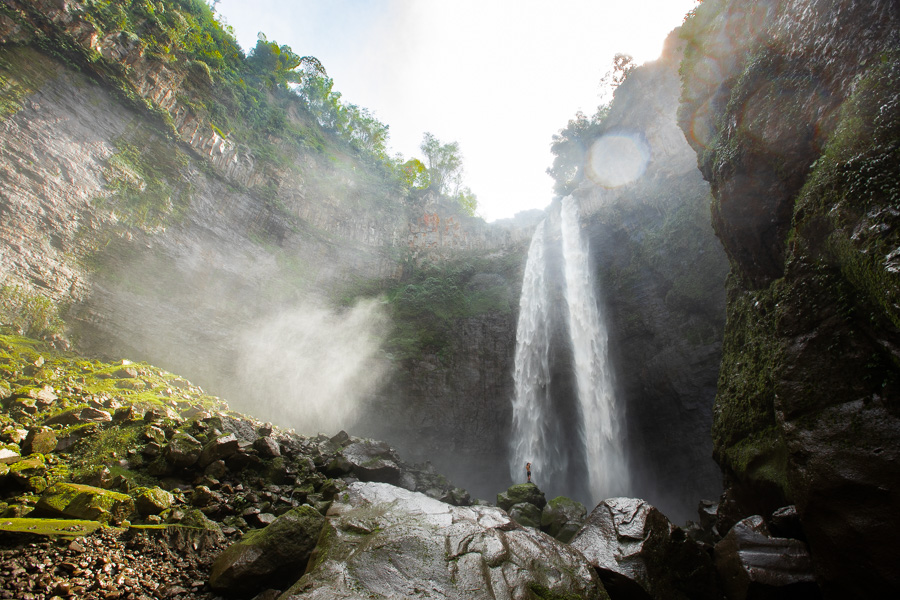 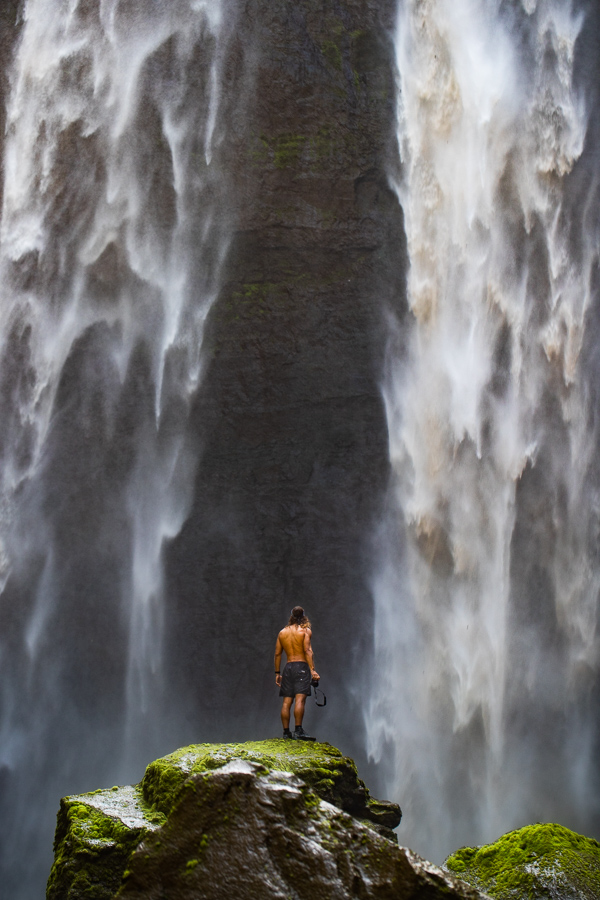 Before we did the hike we headed down to the Pronojiwo Bridge. We parked the car and set up the drones to get a great look at Coban Sriti from above. It is difficult to fly when you are at the waterfall because of the mist and it can be hard to pick up satellites. Without a drone, it can be hard to see much from the bridge.