The Banyuwangi region of East Java is home to some of the best beaches Java has to offer. I did an island hopping tour to three locations with Bangsring Underwater tours. We visited Tabuhan Island, Menjangan Island and Rumah Apung.

Menjangan Island is actually accessible quite easily from West Bali National Park. We could have swum over to Bali from Menjangan Island, which was pretty cool.  The island is 3,800Ha and it’s Savannah terrain is home to unique Javan Rusa deer known as  ‘Menjangan’, which is how the island received its name.

There are a couple of beaches on Menjangan with white sand and clear water. There are many great spots to relax on this tropical island and with warm crystal clear water it is perfect. However, the best activities are in the water. The snorkeling and diving at Menjangan Island are great! Corl gardens and extensive marine life make it a perfect spot for snorkelers and scuba divers.

You need to pay the entrance fee here which was $26 USD per person. These photos below were taken while sitting on Menjangan Island but are actually a little sandbar I swam to 50m away from Menjangan Island. 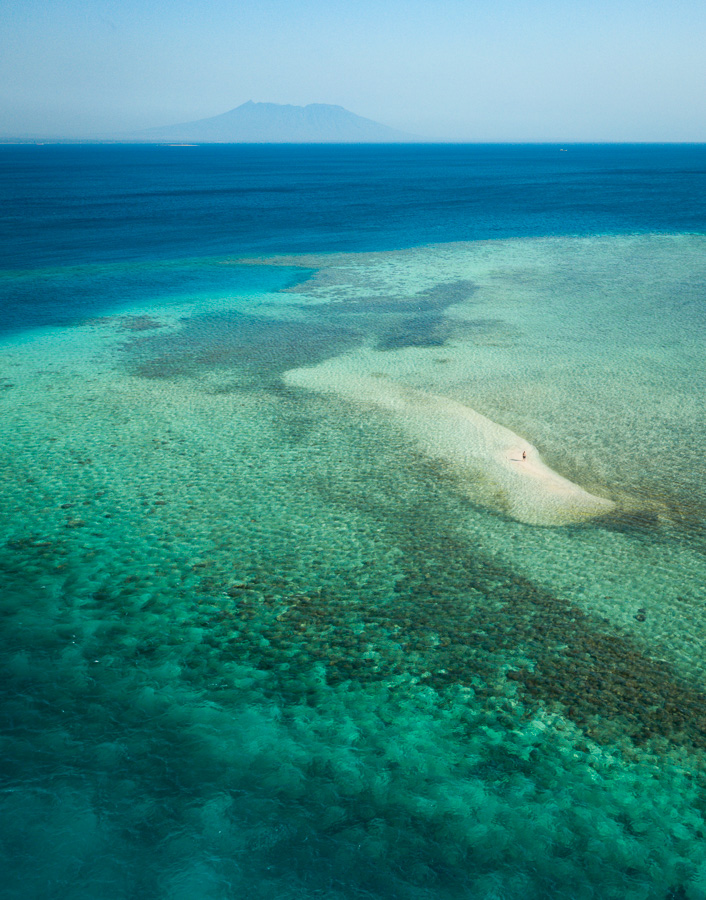 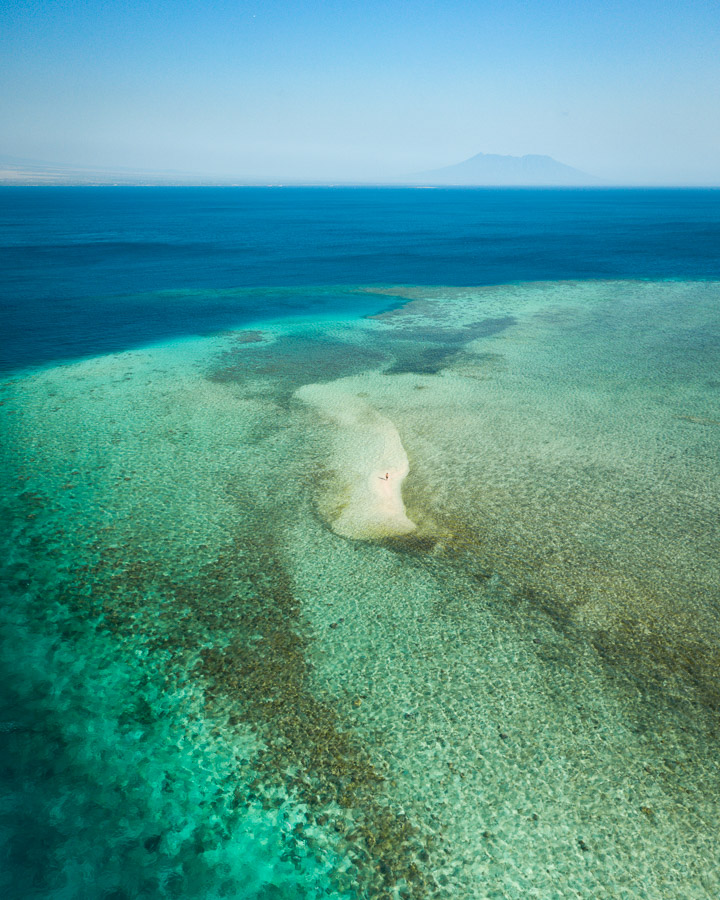 Tabuhan Island was my favorite part of the whole trip. This island was completely empty except for us. The water was incredible. It looked like drinking water it was so clear with the sun making beautiful patterns on the sand beneath the surface.

Tabuhan is only 5 hectares large but as you can see the reef below the surface is actually quite large in itself. In just fifteen minutes you can circle the entire island.

Tabuhan Islands got its name from the Banyuwanghi term ‘Teabuhan’, which means ‘music’. It’s because the wind is very loud on this island, which is why it is called the noisy island. This is why it is a popular spot for kitesurfing due to the consistent wind making perfect conditions for kite surfers.

The snorkeling here was great with lots of fish, corals, large clams and a huge drop off all the way around the edge of the reef. My favorite part of this island was seeing all the volcanoes in Banyuwangi looming in the background.

I think you can organize a boat to take you out and back to Tabuhan for 500,000 rupiahs. We did the entire three spots for 2.1 million rupiahs but not sure if we could have gotten it lower or not. That included our  300,000 rupiah fee at Menjangan Island. 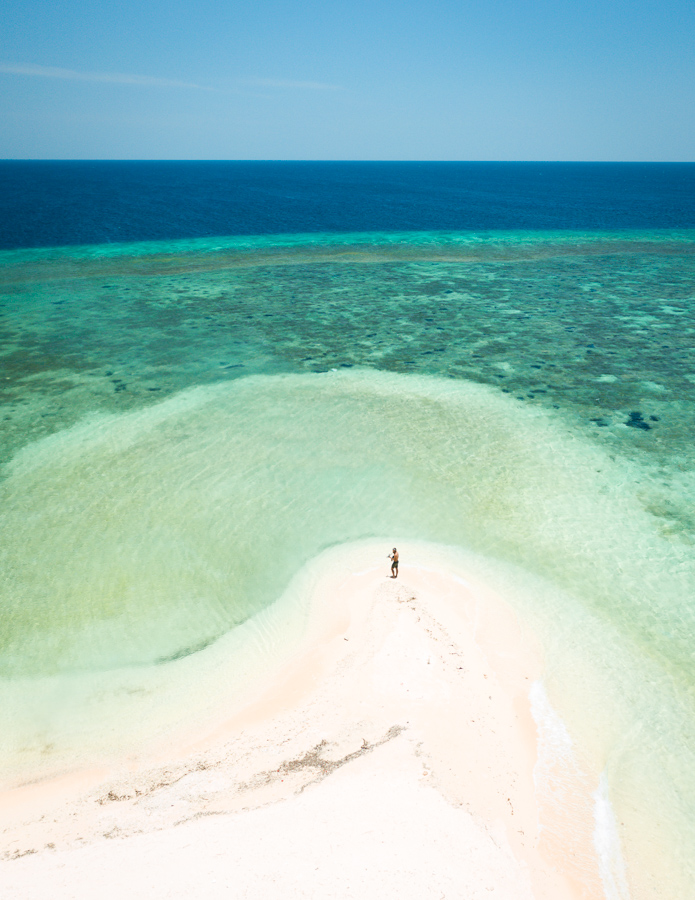 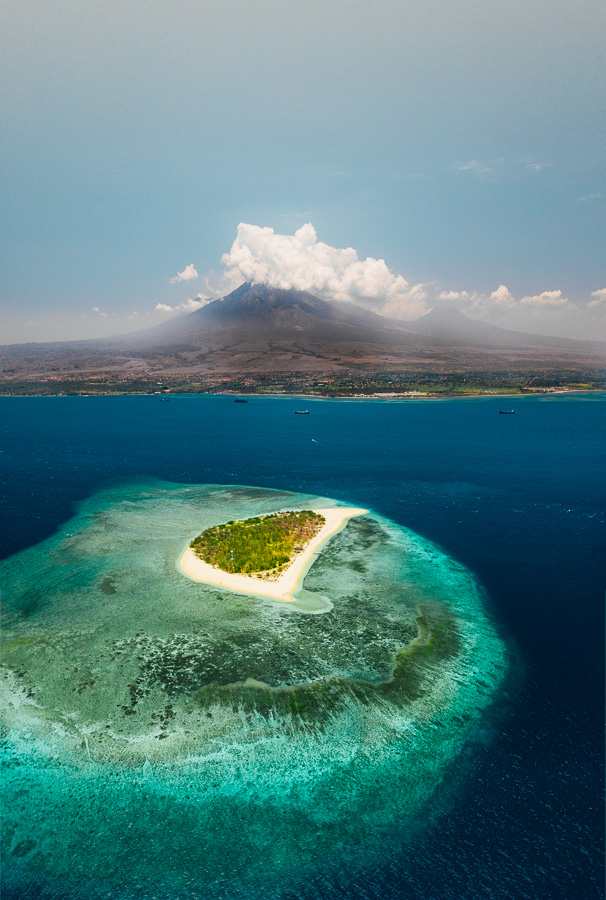 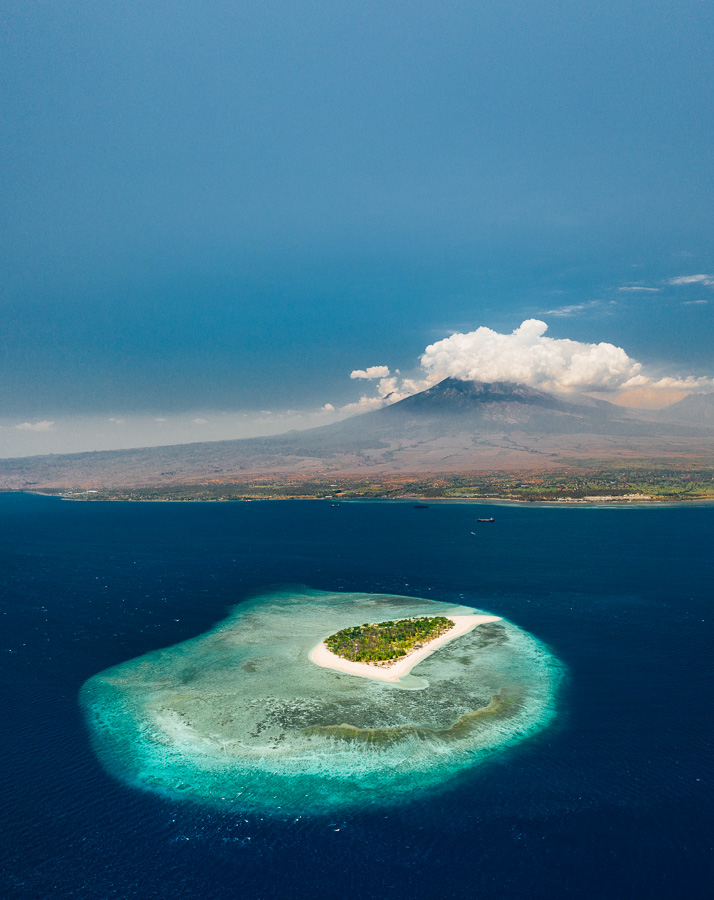 The final stop of the day was Bangsring Underwater Rumah Apung. It is a floating dock that is surrounded by fish. There are small nets you can swim in here. Most were empty but some had small reef sharks in them. They told us they get released when they are older but we haven’t been able to confirm that. We did believe them, however. This is because most of the attraction here is swimming away from the nets with wild fish in the coral gardens and reefs in the surrounding areas.

This was the most expensive thing I did in East Java. Once I heard about Tabuhan Island,  I really wanted to go. Unfortunately, there were no group tours we could join so we had to rent our own boat that worked out to about $75 each for me and my friend. Normally that is way too much but I get stuck on an idea and have to go through with it. The same boat we rented can take an entire group so it would normally be about $15 if you had a group of ten.

I booked with Bangsring Underwater Tour through this Whatsapp number: 0815-5941-059 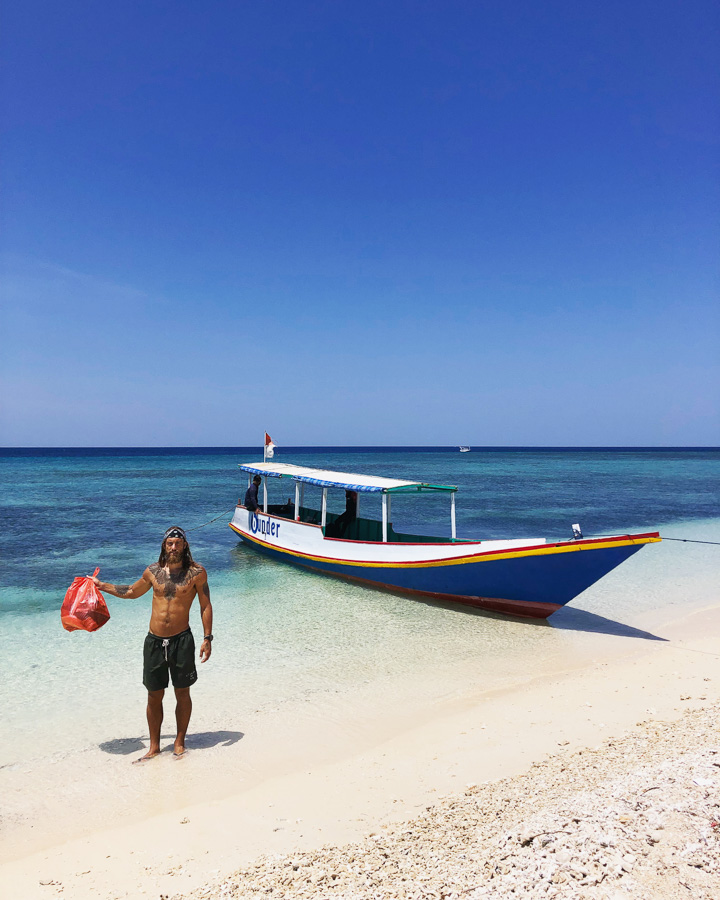