On the banks of the mighty Mekong River, a small town called Ban Xang Hai has built a name for itself by distilling and selling whisky. Only a 30-minute drive from Luang Prabang town center, I set off on a moped to investigate the small Whisky Village.

GETTING TO THE WHISKY VILLAGE

Driving in Southeast Asia is often an adventure in itself and this drive from Luang Prabang was littered with potholes and gravel roads but for the most part, it was relatively safe.

The village was a ghost town when I arrived. I was expecting at least a handful of tourists as it is commonly offered at the tourism offices as a day trip. The streets were empty except for a few locals lethargically walking in the hot sun. 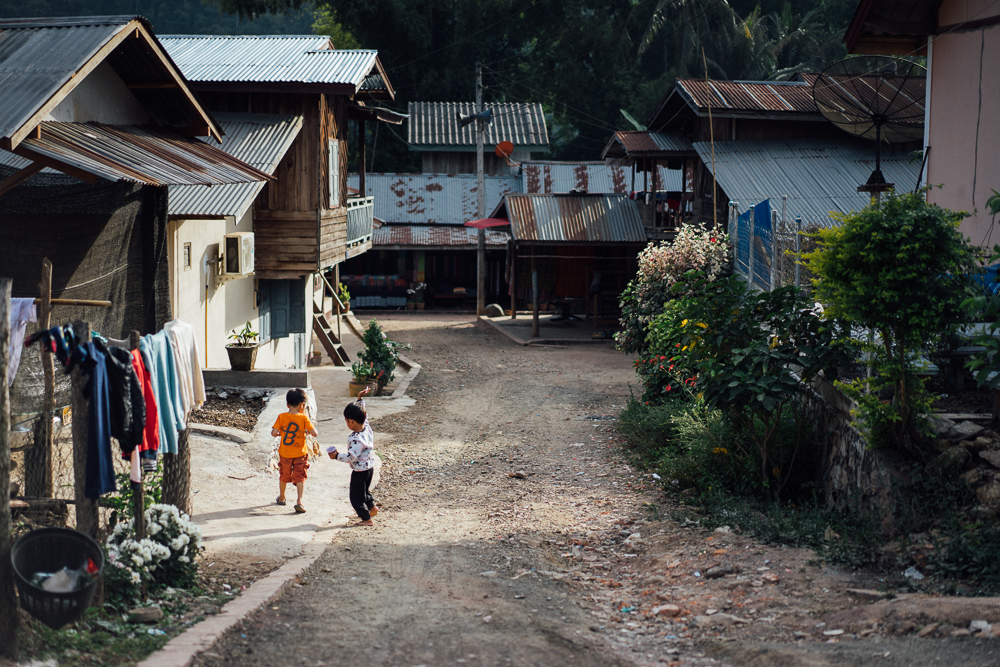 I was so unsure if I was in the right place I didn’t even lock my bike. I walked up to an old lady who stood behind rows of alcohol, which each encapsulated a different reptile.
I asked, “Whisky Village?”
She nodded and I figured it was worth a look after the long drive so I locked the bike pulled out my camera and started exploring the village. 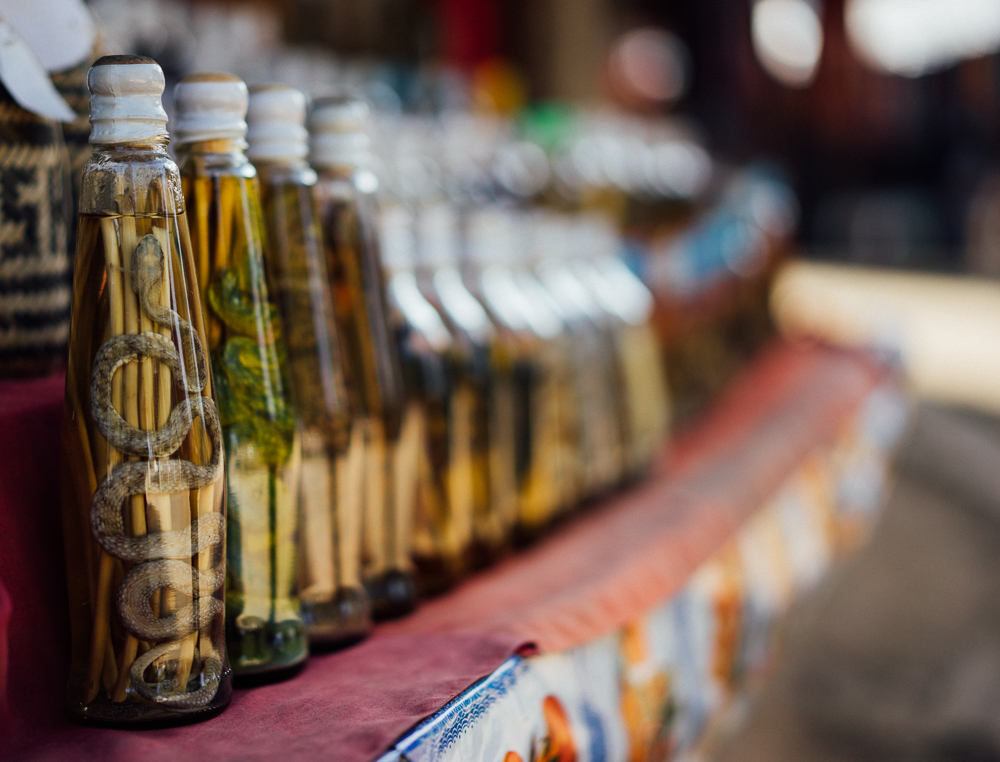 SO MUCH MORE THAN JUST WHISKY

There were multiple elements to the village. Obviously, it is known as a whisky distillery but silk and cotton shoals and fabrics were the prominent product being offered as I walked the streets. Small jewelry and trinket stands broke up the repetition of the weaving vendors. 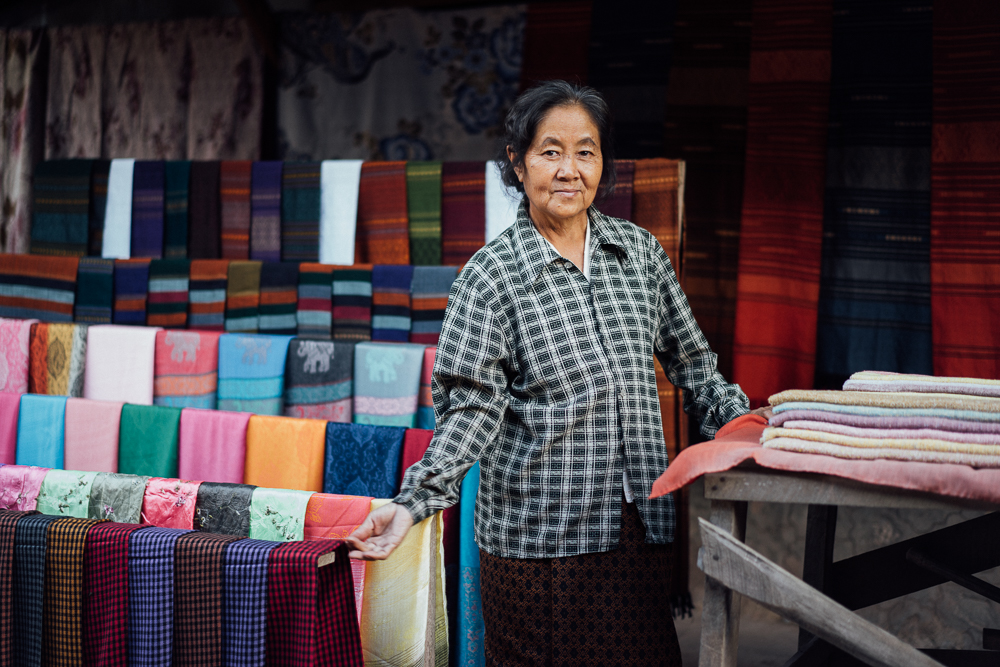 The other unexpected facet of the Whisky Village was found in the center of the village. Several beautifully decorated temples, shrines, and relics painted the central square with a vibrancy that wasn’t found elsewhere in the relatively poor area. You can quickly see why a visit to the Whisky Village definitely needs to be on your Laos bucket list. 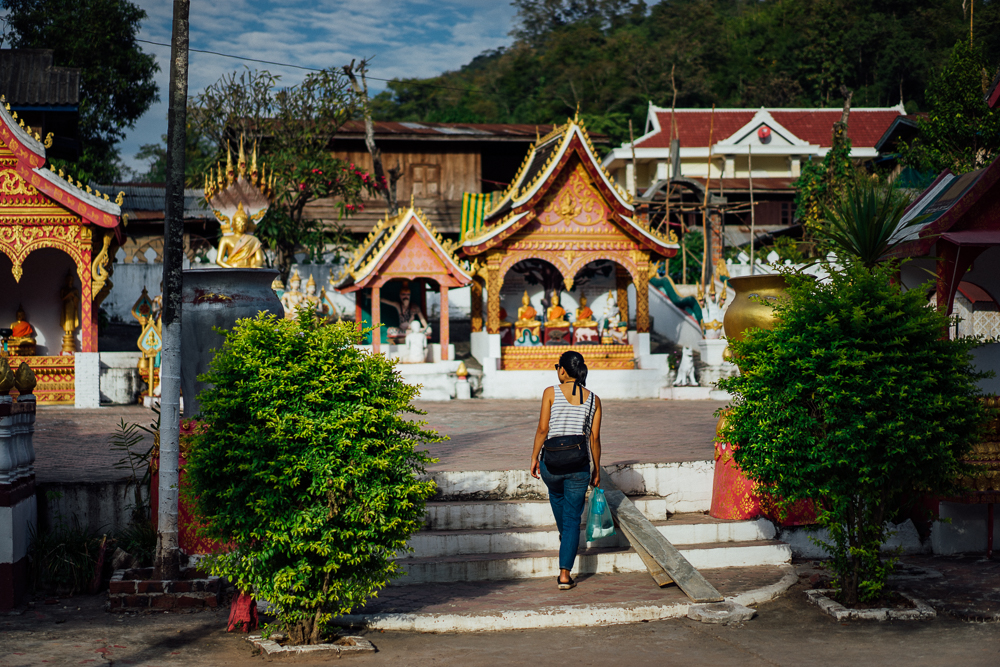 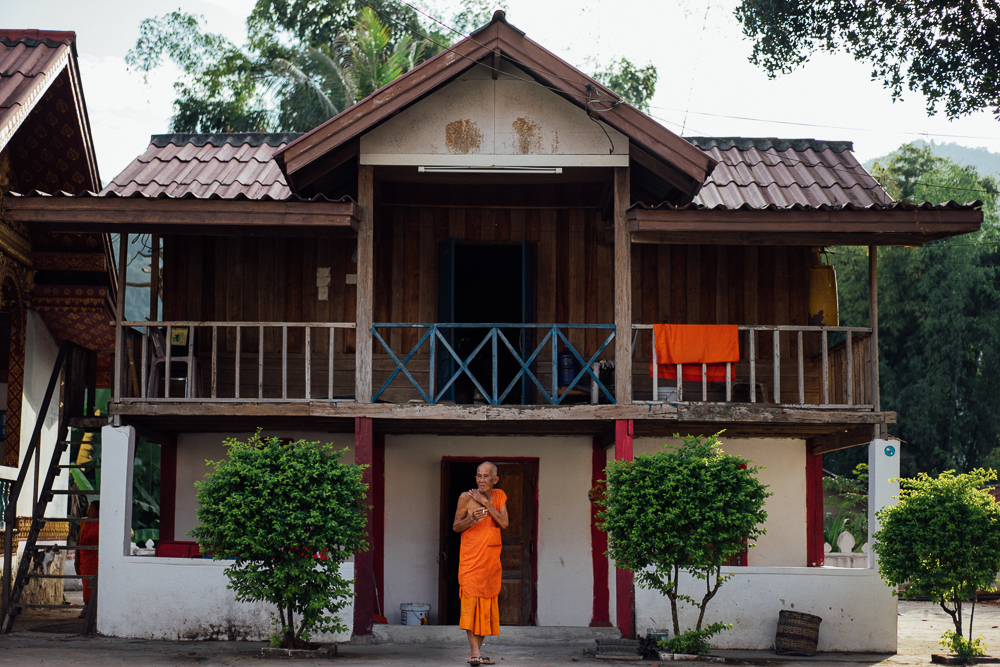 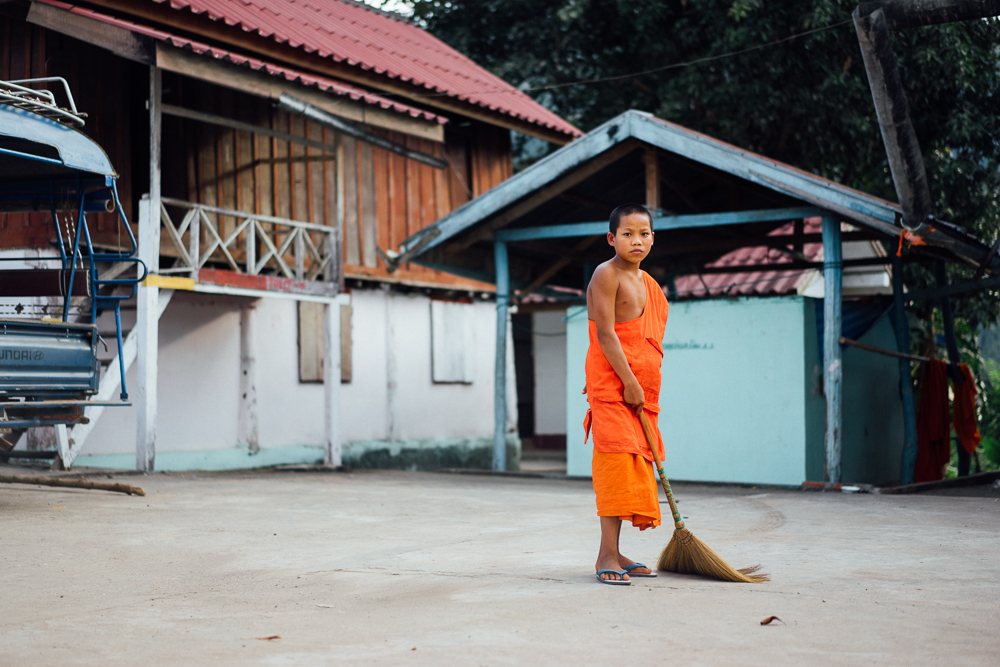 HOW ARE THEY MAKING THE STUFF?

The whisky or rice wine was a sight to behold. I had seen a small scorpion in a tequila bottle in the past. However, the Laotians had taken things to another level. Giant snakes, lizards and scorpions barely fit into the large bottles of alcohol. My friend Janine tasted three small samples and the last one hit her extremely hard, halting the tasting session before it had even begun.

The whisky and rice wine takes approximately four weeks to produce and requires sticky rice through a process of air filtration. The rice dries due to the filtration and is then steamed in a bamboo basket becoming rice and no longer sticky rice.

Yeast is added and the concoction ferments for three weeks before being thrown into a tank with another filtration system and the rice gets boiled. The rice wine is then cooled and the Laotians are now ready to get the party started. The snakes, lizards, scorpions, beetles and cockroaches are not just for looks, they are apparently flavor boosters. Not my preferred spices and herbs but they seem to know what they are doing. 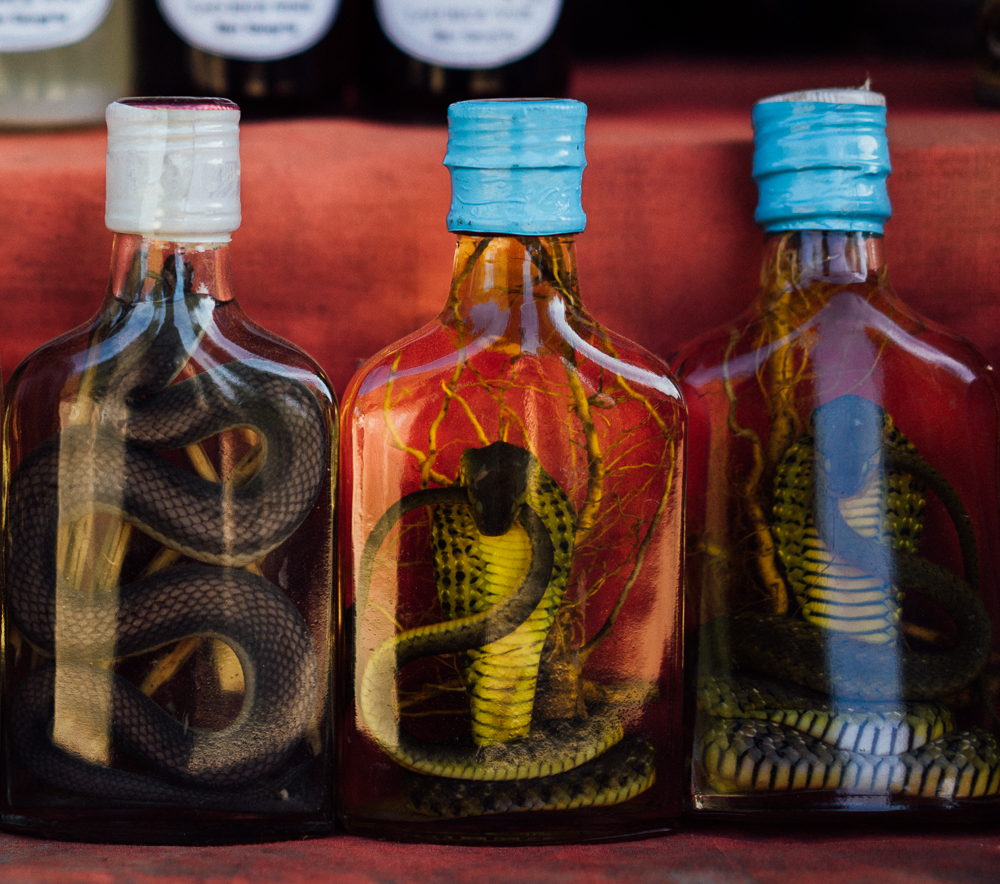 WHAT ELSE TO EXPECT AT THE WHISKY VILLAGE

During my explorations, the local school had just been let out and the kids started flooding into the village. I always stick out and the kids were fascinated, even more so when I started having a kick about with some of the kids. The smiling crowd of giggling children formed an orderly line and watched, joining in when they had the courage. 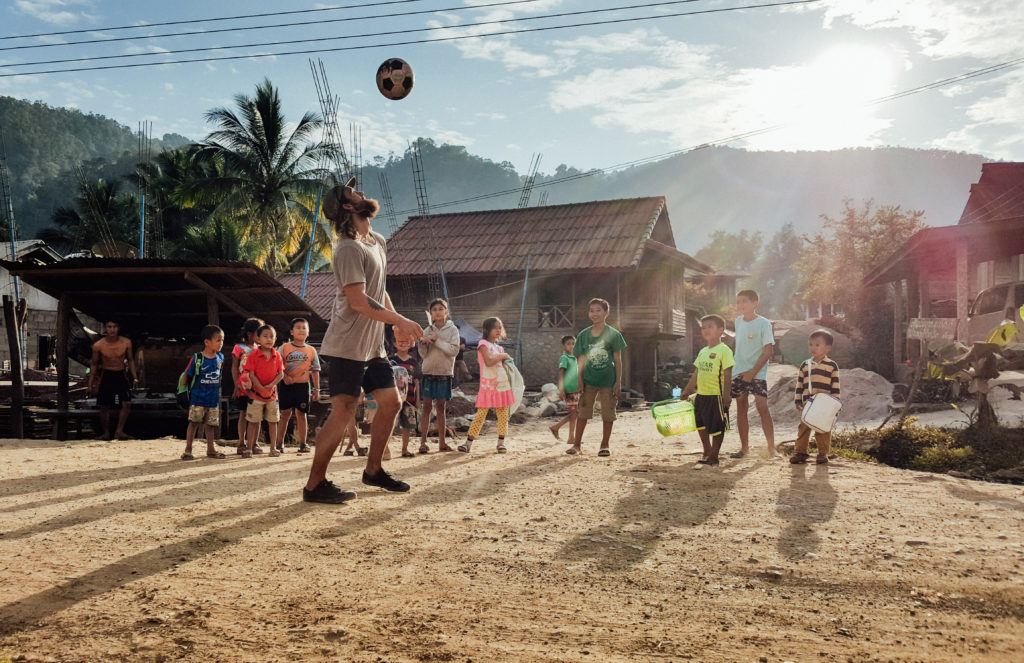 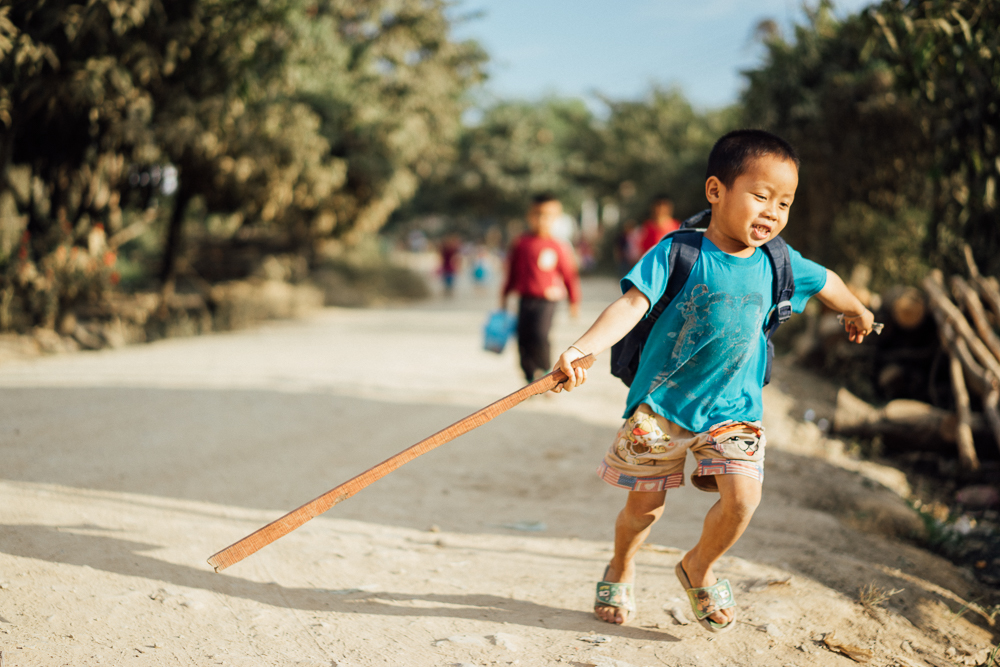 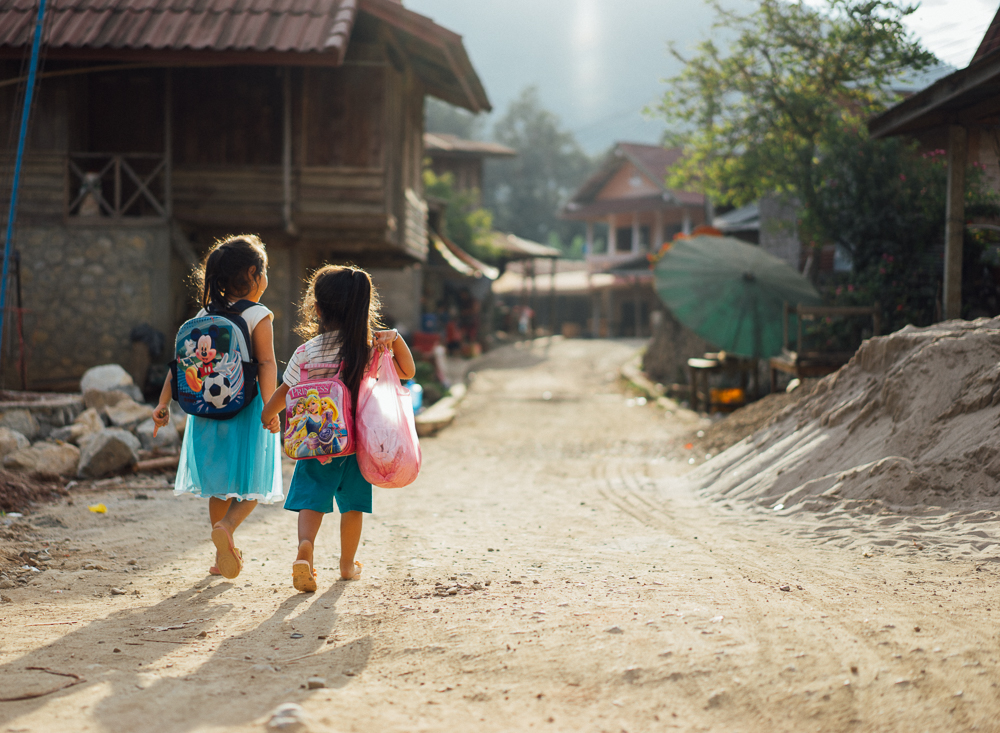 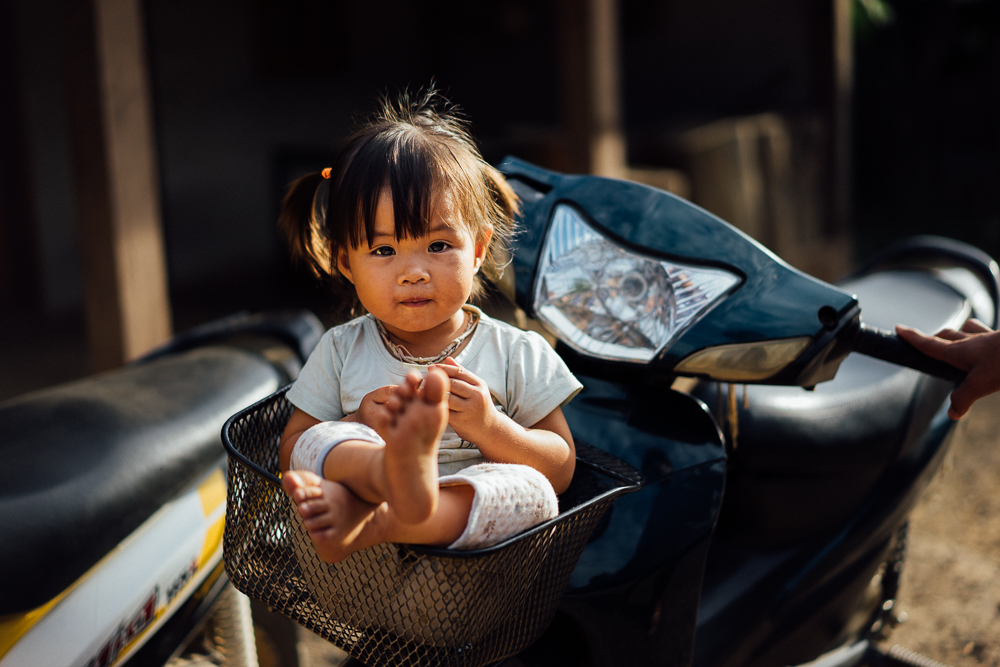 There was only one place to eat as far as I saw and no menu. I ended up ordering the only thing the vendor and I managed to communicate to each other. My order consisted of one word, “Pig”. I actually ended up with Pho style pork, noodle soup that was incredibly tasty, didn’t upset the stomach and set me back $1.50.

While wandering the Whisky Village, my friend Janine bought one of the silk scarves, which range from $1-5. It pays to buy one early so the vendors can see you already have one although they will try and sell you another ten regardless. 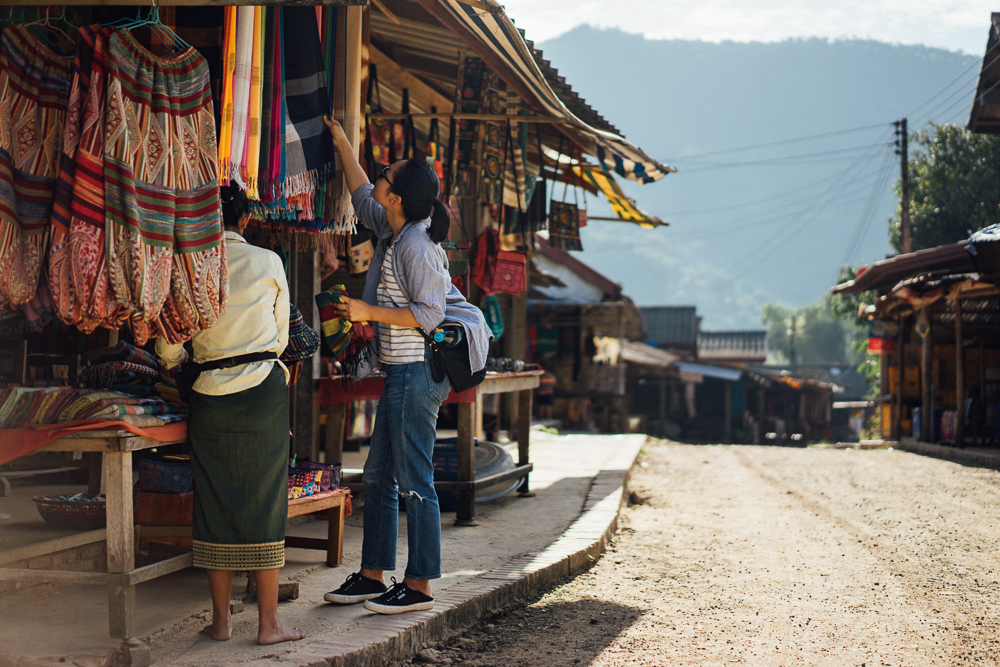 Everyone in the Whisky Village was warm despite enduring the struggle of low foot-traffic on the day we visited. During sunset about 20 other tourists flowed through the village, which made me feel better knowing there would be a number of sales for the weavers and alcohol merchants.

Throughout the Whisky Village, you can watch the silk and cotton fabrics being made by skilled veterans of weaving. It is a fascinating process to watch and after standing over the weaver for several minutes I still could not comprehend exactly how it was working as they are incredibly quick with the push-pull technique. 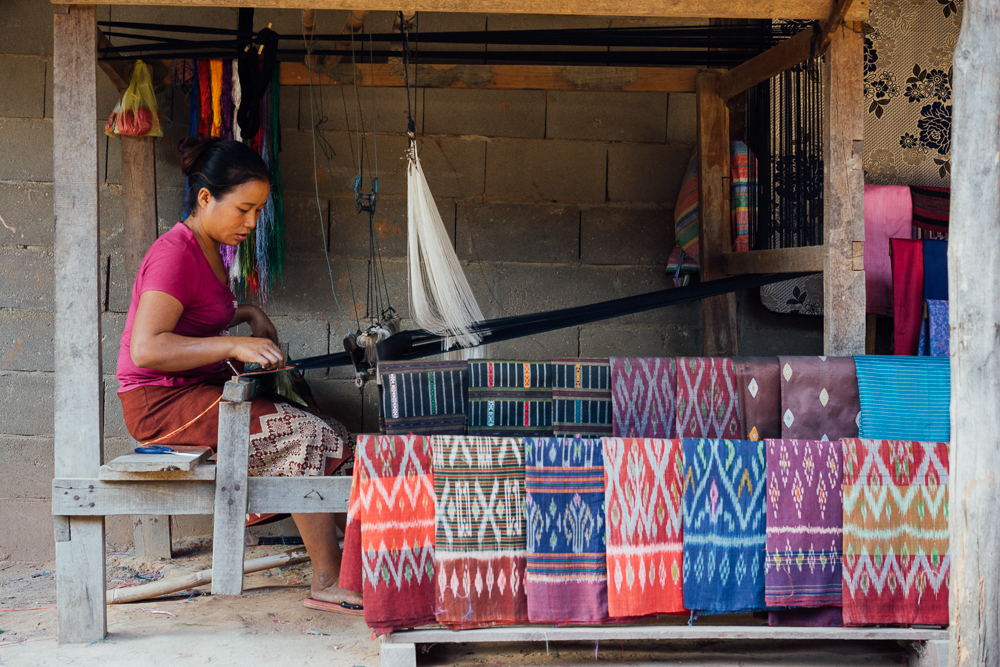 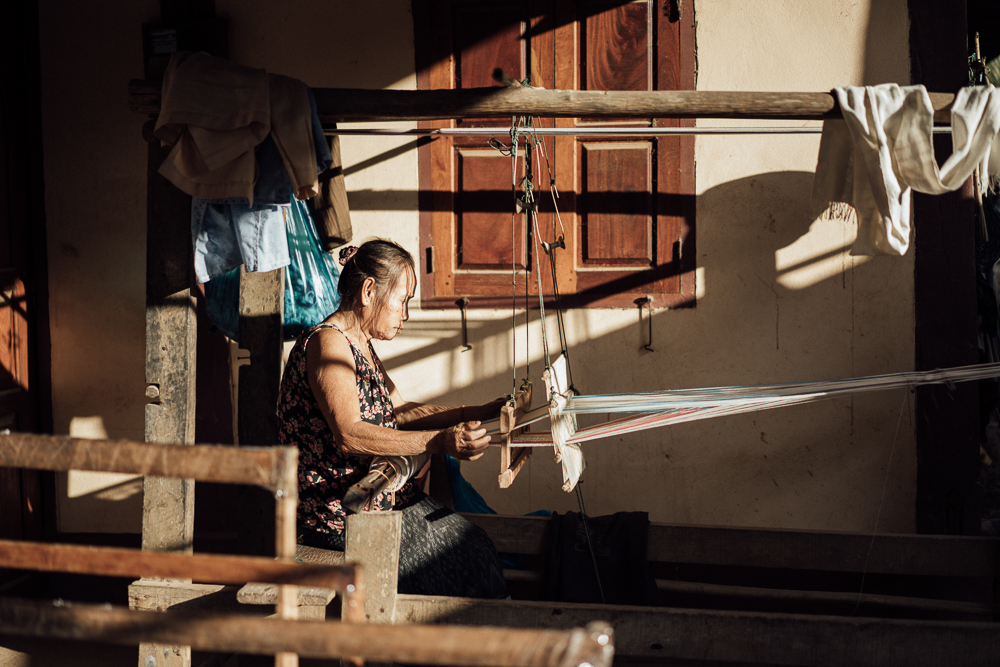 As the sun sets head down to the banks of the Mekong River and enjoy the pontoon as the flowing water glows and the mountains darken in the distance. 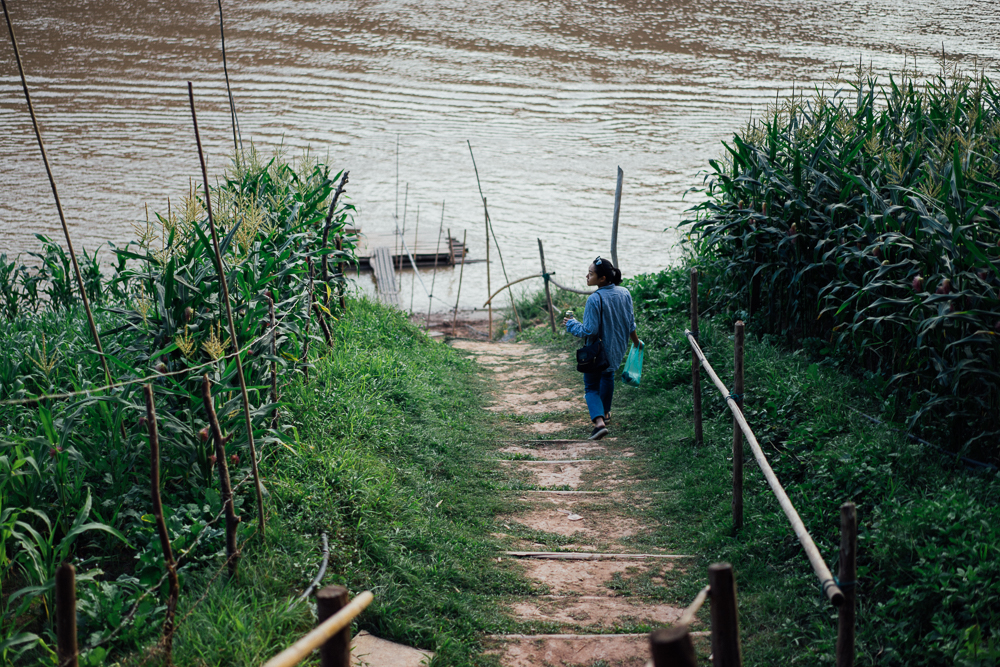 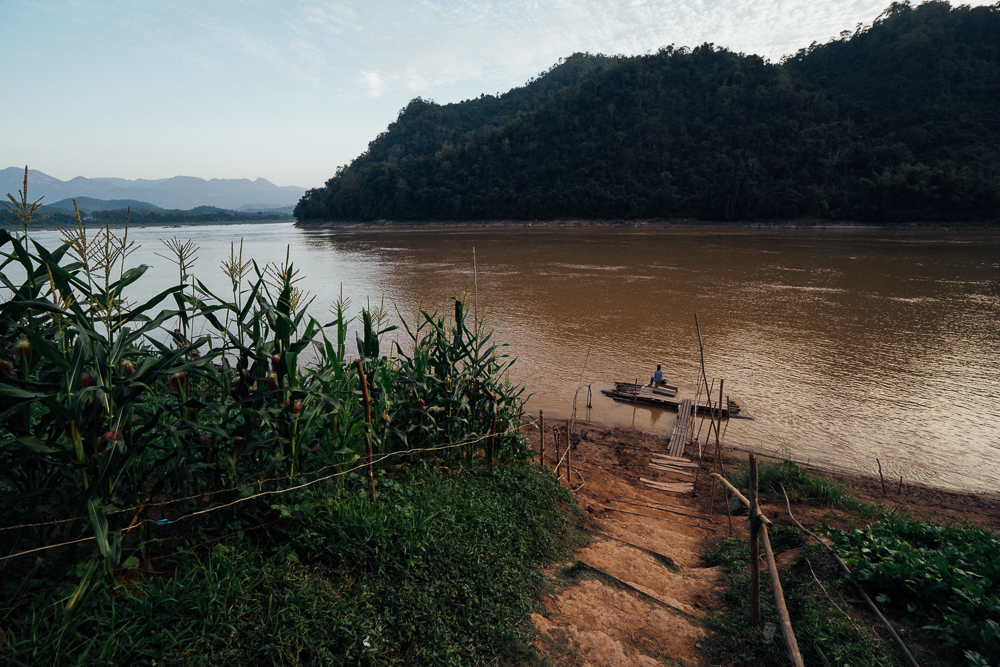 And some more shots I took throughout the afternoon: 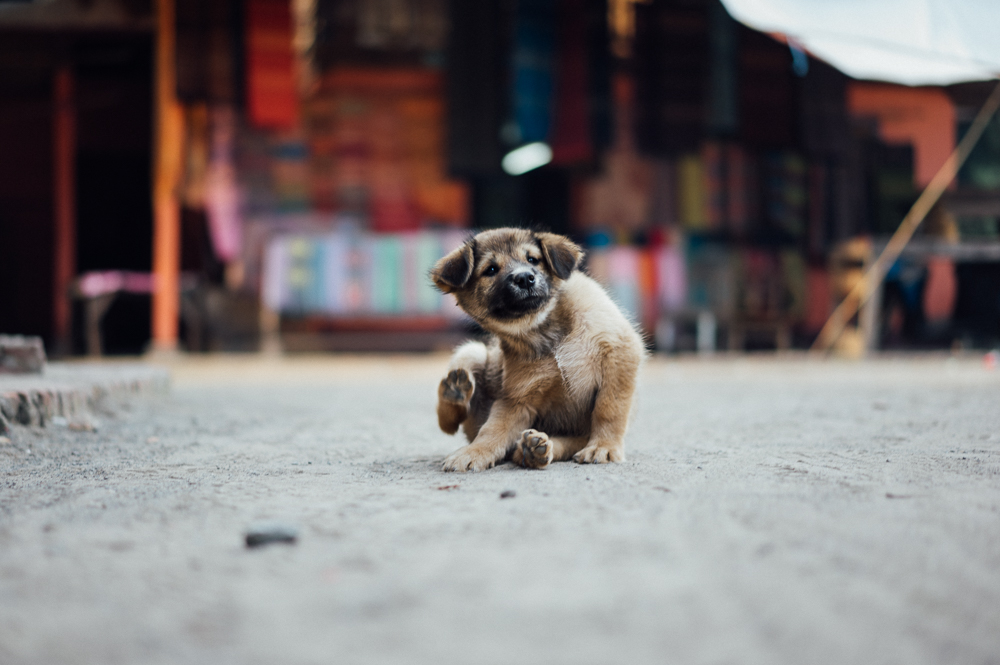 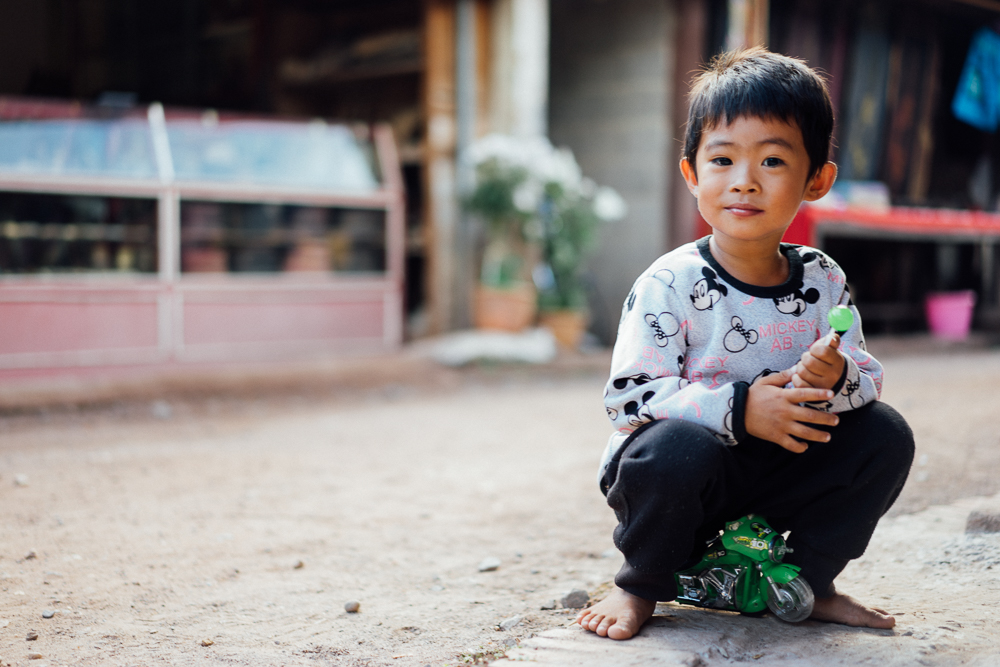 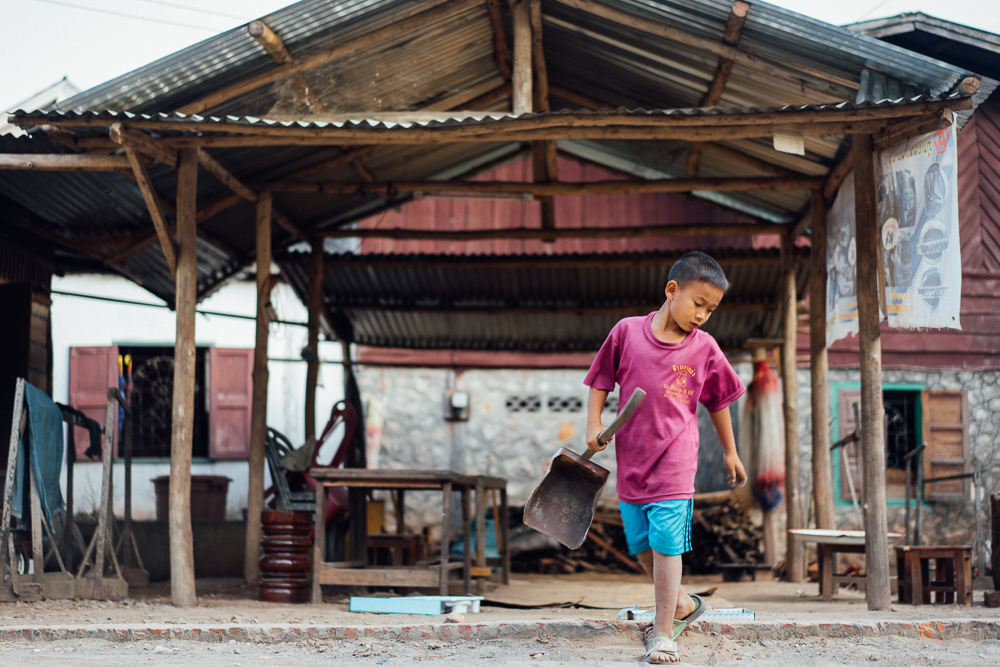 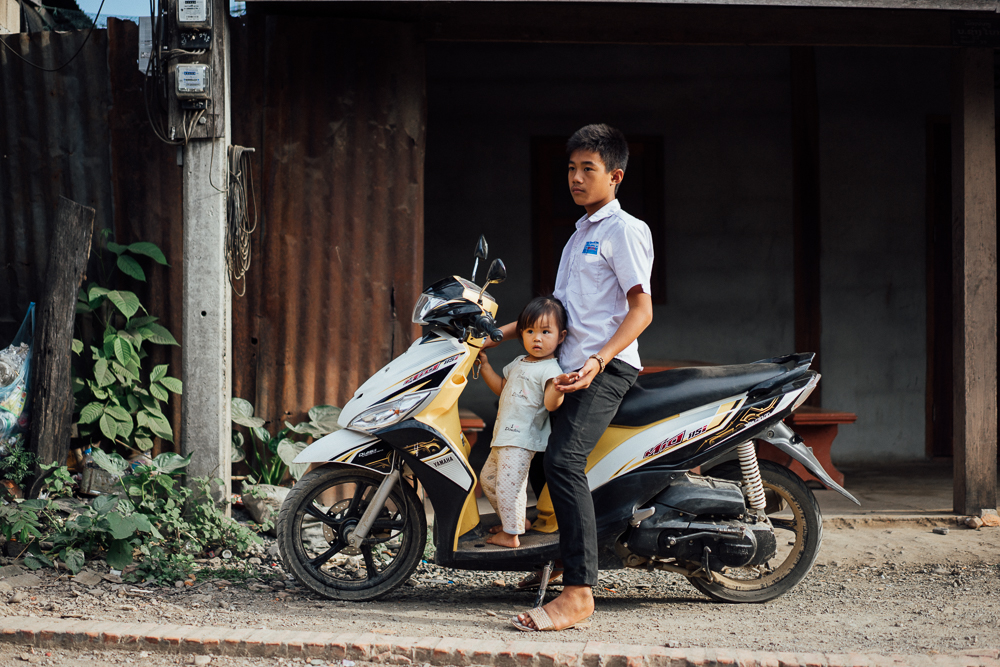 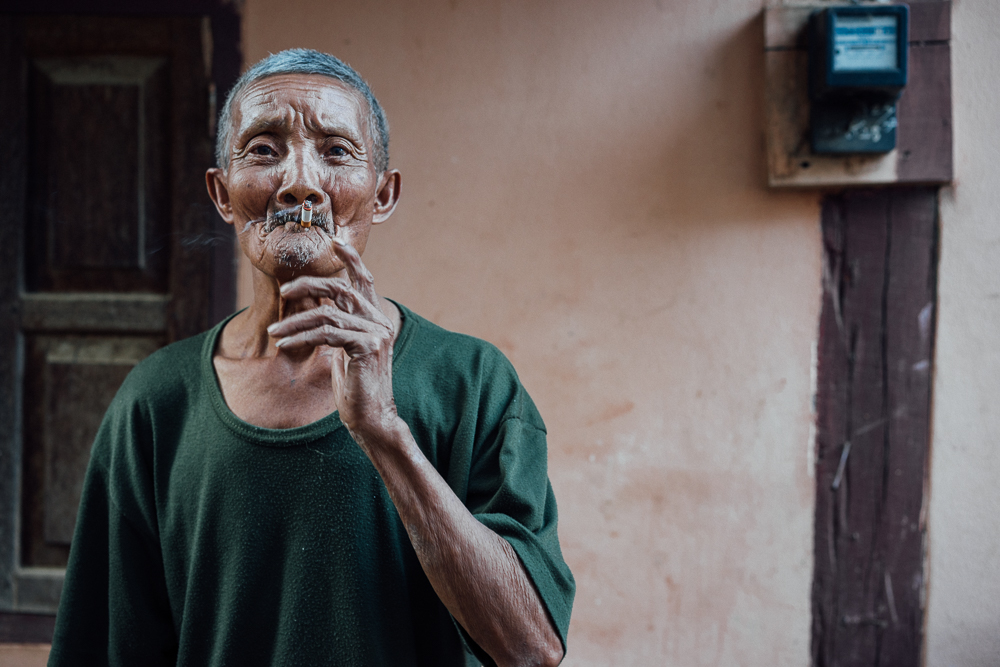 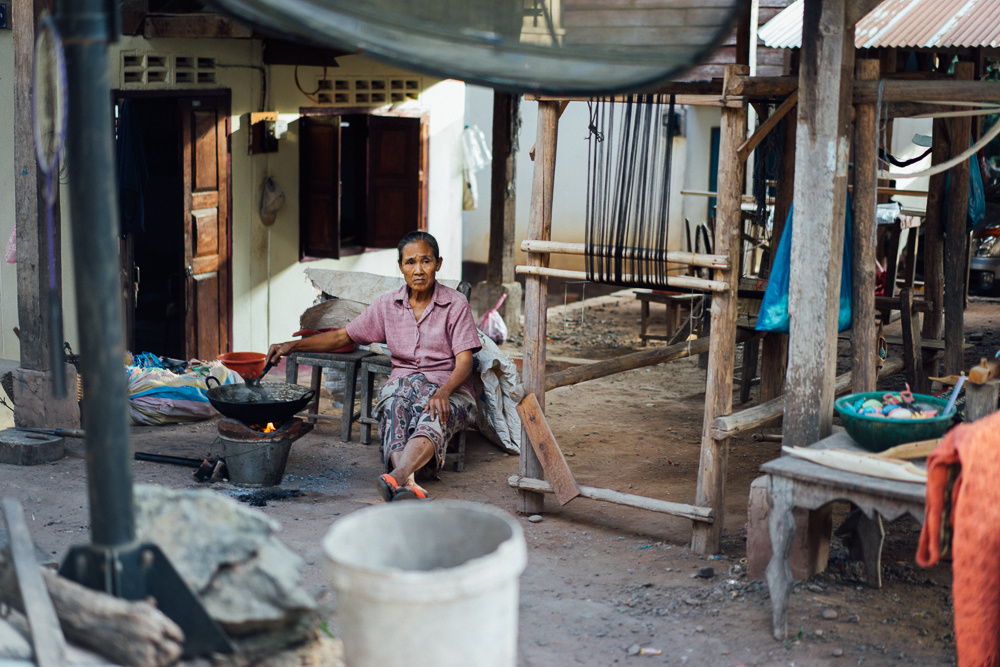 Astonishing photos - May I ask which canera and lens did you use?