This week has been another crazy chapter in my journey. I got an email from the Indonesia Tourism Board inviting me back for another press trip. This time last year I was invited by the Indonesia Tourism Board for two-week all expenses paid press trip. They even gave us a daily spending allowance, none of which I needed considering everything was covered.  It was the first paid trip or even press trip I had been on. I had never even pitched a tourism board and had been only blogging for several months.

This time last year I was invited by the Indonesia Tourism Board for two-week all expenses paid press trip. They even gave us a daily spending allowance, none of which I needed considering everything was covered.  It was the first paid trip or even press trip I had been on. I had never even pitched a tourism board and had been only blogging for several months. Fast forward one year and I’ve been invited back for round two. 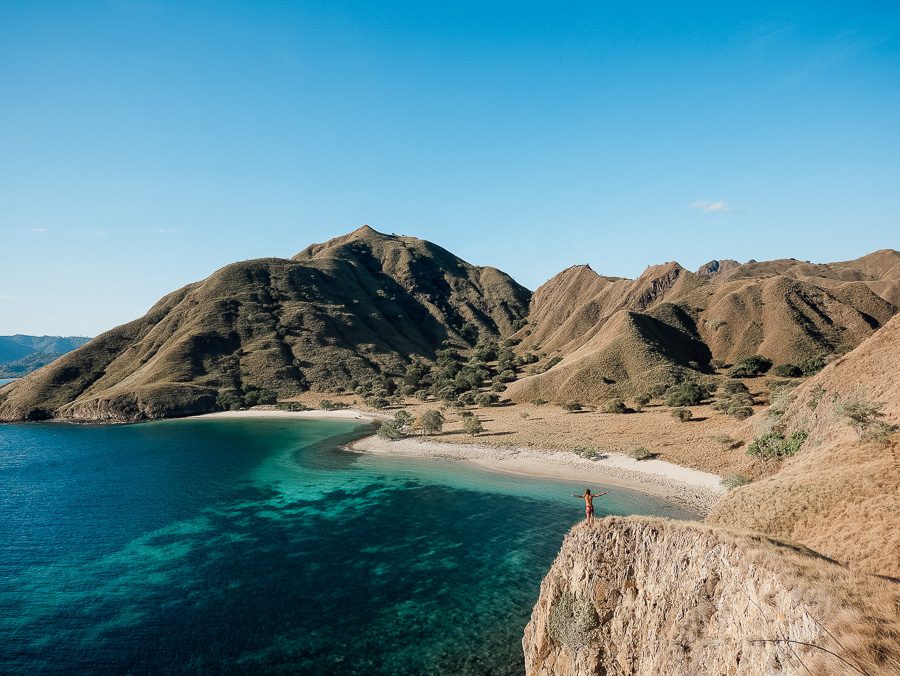 What does that have to do with this week and why is it taking up all the valuable space in this edition of ‘The Weekly’? 7 days ago I was in Jaipur, a city in the middle of the Indian Desert. I received the email about the media trip to Indonesia and was stoked but there was a small issue. To go on the trip I needed to have my scuba-diving certification as it would be the main focus of the trip. I needed it by July 31.. that was 10 days to get certified. I’ve never tried scuba-diving before and I was in the middle of the desert. For most people this whole situation would seem a bridge too far, impractical or even impossible. As soon as I read the email I opened up google maps and started looking at which countries with scuba diving courses were the closest to Jaipur, India.

Amidst the rush of organizing such a last minute trip, I paused for a moment and thought about how this was even possible. How could I be backpacking around India and then just jet off to Koh Tao in Thailand a day later? Spend a week scuba diving and fly back to continue my backpacking journey. I’ve known for a while that my lifestyle is different, incredibly different but for the first time I recognized the extreme level of freedom I have. I have no boss, no commitments, no timelines, no deadlines, no .. anything.

It’s a mighty strange feeling to carry your entire life’s possessions on your back with the freedom to go anywhere or do anything. I think the main reason it has just hit me recently is that my passive income has been growing steadily to the point where I can spend an entire day at the beach and still make money. Obviously, I spend plenty of days glued to the computer screen but this concept of working sometimes and earning always is something I have been working hard for.

So, back to the wrap of the week. I flew to Koh Tao. A long layover in Singapore Airport before a short flight to Phuket and an even shorter flight to Koh Samui. It was a bit weird because Koh Samui was my first solo travel destination while blogging and the place where Jess and I went separate ways. To come back a year later, albeit for a day, was a chance to look back at the year that has passed since my last visit. I felt like I have changed a lot. The next morning after a hostel stay in Samui I took a ferry and rode on the roof to Koh Tao.

I think the lesson for me from this week has been to go for any opportunity that comes at me. Did I really need that lesson? It never hurts for some reinforcement right?!

Oh by the way sorry for the lack of photos. Some weeks I just let my camera chill and reset my mind, taking in everything without a lens in front of me. I think it’s super important for me as a human when you wipe away all the blogging and social media. I need it. I know it sucks for a blog post and for Instagram but I’m not a slave to either and I know a lot of people feel the same.

Hope you all had a great week, chased some dreams and hit some winners. Peace

Freedom is the mental state of believing you are free.

Sometimes you just have to just live for the moment and just stop recording or documenting everything that you do. I think its really important to allow ourselves to just enjoy the things that we want to do.