We’ve all seen it a hundred time on television, postcards, advertising, and posters, but it is a place I never thought I would end up visiting. It is fast-becoming the theme of the year. The Taj Mahal is one of the wonders of the world. And in the middle of the summer, I found myself waiting outside the Taj at five in the morning.

I often struggle at places that are so famous and so well photographed to be overwhelmed. I’m more often blown away by a view on a hike I’ve never seen before or even by simple things you don’t see on social media like a cow headbutting someone on the street. However, the Taj Mahal had a certain vibe to it. I’m not sure if it was the gloomy, rainy morning but there was something quite mystical about the Taj Mahal. 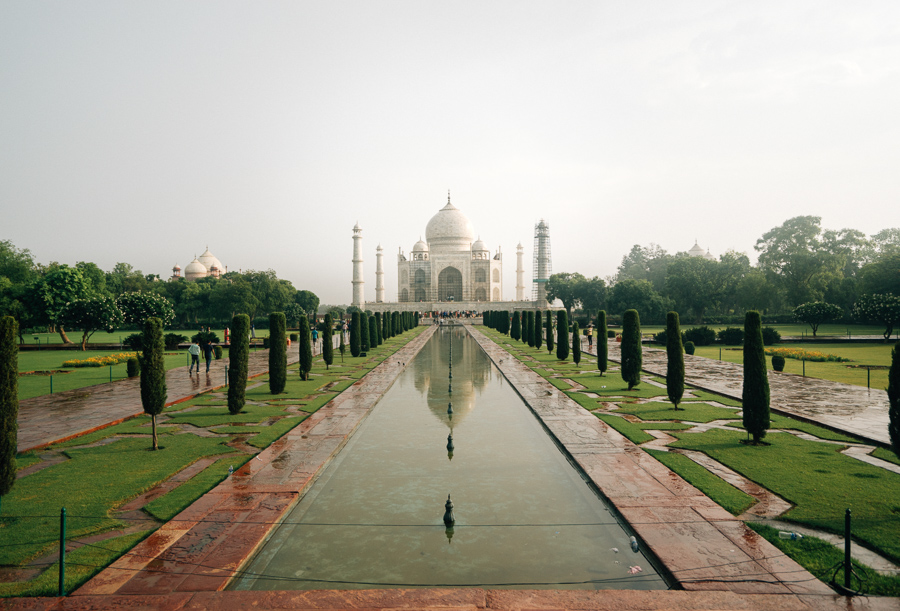 After sitting on the Taj for over an hour while it poured down with rain, I headed for the most obvious place. The Oberoi Hotel. It’s only the most expensive hotel in India so I thought it would be a great place for a budget backpacking meal. Turns out it isn’t but damn they certainly know how to build a pool.. or fourteen. I snapped a few photos before declining the breakfast menu and its prices, which were a little out of my league. 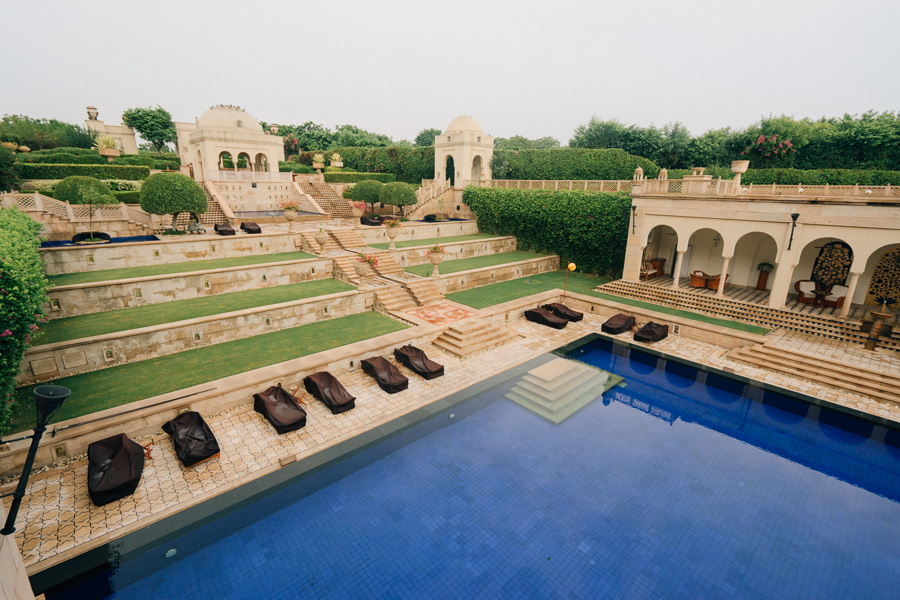 I’ve arrived in Delhi and will spend a few days here catching up with a couple of blogger friends, catching up on some content work and I’ve grabbed a one-week gym membership. The owner of the gym is Mr. Delhi and has arms the size of my legs but being the only non-Indian in the gym it is me who turns heads at the gym.

The blog is having a surge for some reason at the moment. In the last 30 days, the blog has been viewed 110,000 times. I’m not a blog, tech or marketing expert but something seems to be working. Having ads on the site for the last 3 months has brought me some consistent income, which is nice because I’ve found that when I visit third-world countries, brands seem to stop emailing me to work as a content creator.

I am going to spend the next month in Rajasthan, visiting Jodhpur, Jaipur (again) Jaisalmer, Pushkar, and Udaipur. I’ve decided not to head south to Goa and Hampi because of the monsoon weather hitting hard right now.

I hope you all had a great week!