What a crazy week of cruise adventures throughout the Caribbean working with Royal Caribbean.

I arrived at the Marriott in Fort Lauderdale and I was greeted by a huge trolley of packages. Half of them were filled with new camera gear including a DJI Mavic Drone and a Sony 70-200 lense. The other half were products from a few brands I would shoot on our adventures during the week. We were only in Fort Lauderdale for one night so we did’nt get a chance to check out any of the top things to do in Florida, but I will be back there at some point to check them all out.

It wasn’t only packages waiting for me at the Marriott. My old roommate from Hawaii, Just Salvesen, was waiting at the hotel. He was my plus on for our week-long cruise on the Allure of the Seas cruise ship with Royal Caribbean.

I had never been on a cruise and had no idea what to expect. To be honest I couldn’t even imagine what life aboard a ship with about 6000 other people would be like. Overall the week was amazing and we had a blast.

Later this week, I will post a detailed blog post that shows you exactly what goes on during a cruise and also what excursions and activities we got up to when we headed off the ship on day-trips.

3 Things I didn’t expect on the cruise ship:

1. A 9-hole mini-golf course. You’re only as good as your last game as they say.. right Just? 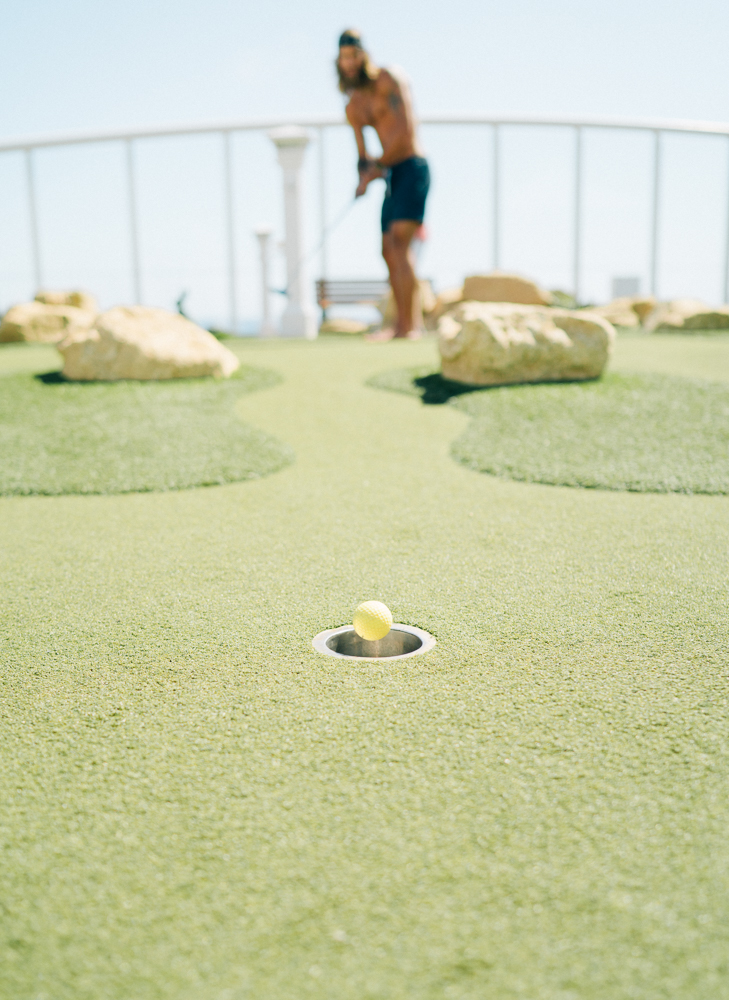 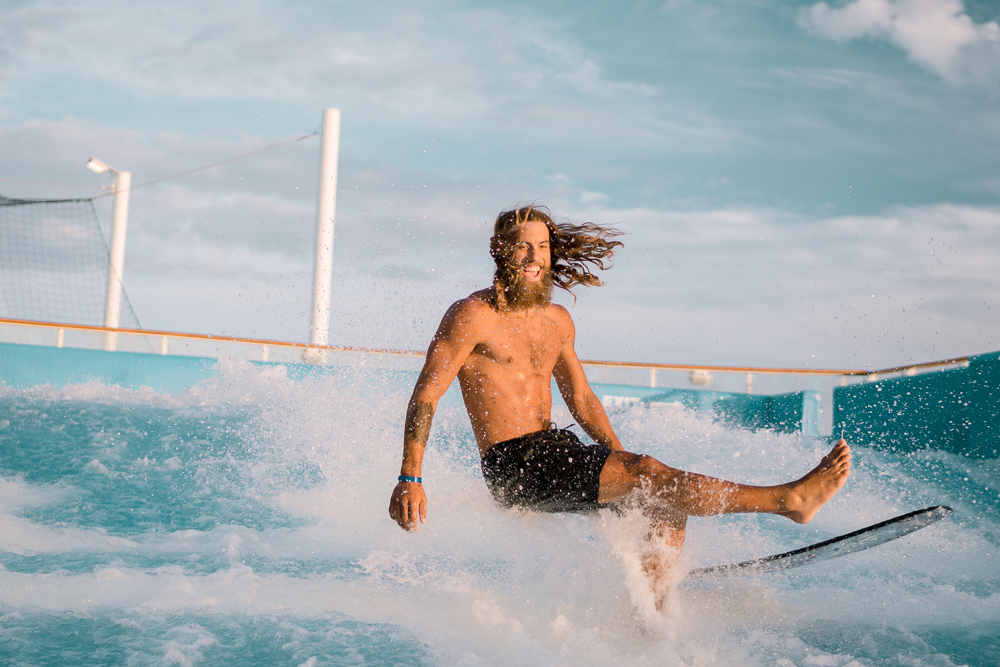 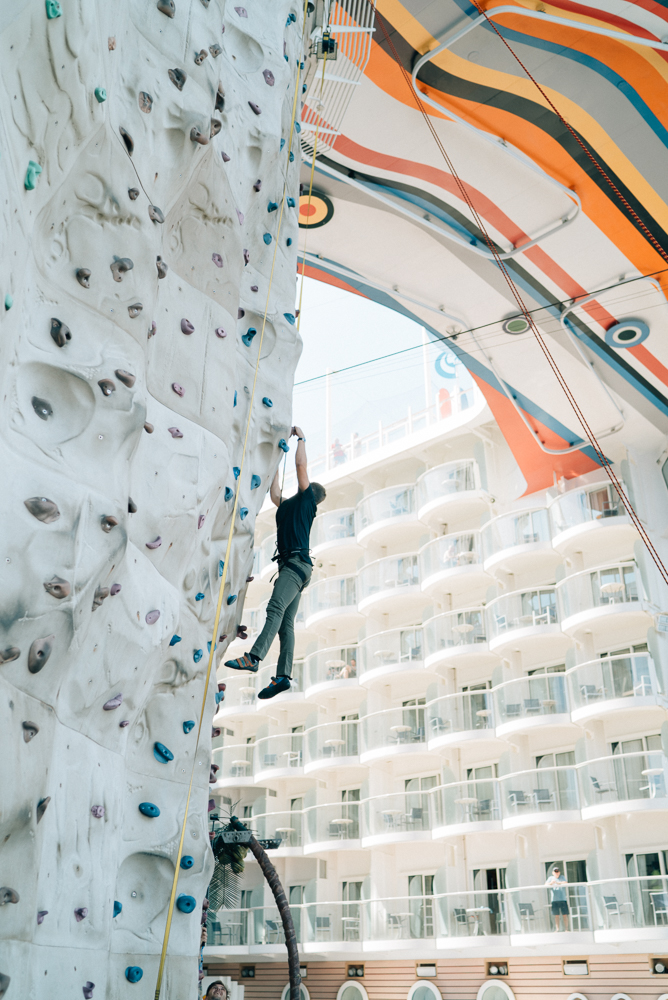 We made a stop in St. Maarten where we went on a catamaran for a snorkel cruise. It was a really unique snorkel as we dove down to explore sunken helicopters and planes. The captain was also chill enough to let us jump from his roof. 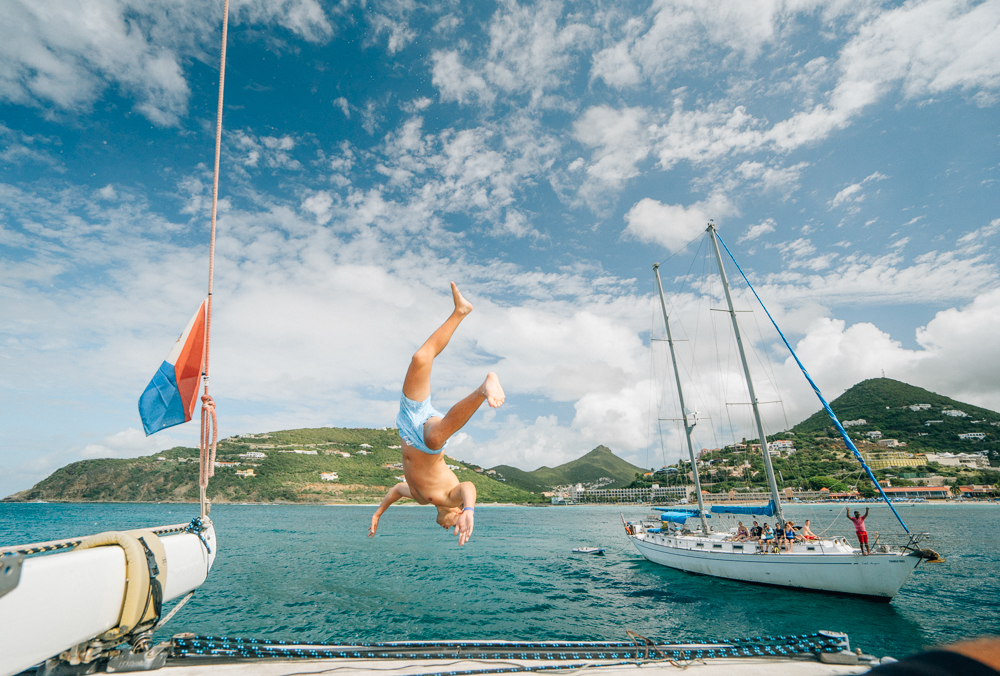 In the afternoon we headed to Maho Beach. If the name doesn’t ring a bell these photos might. It is the world famous beach situated only a few steps from the landing strip of the airport. When planes take off the jet literally blows bags and people into the ocean. When planes land they loom scarily close to those enjoying the beach. 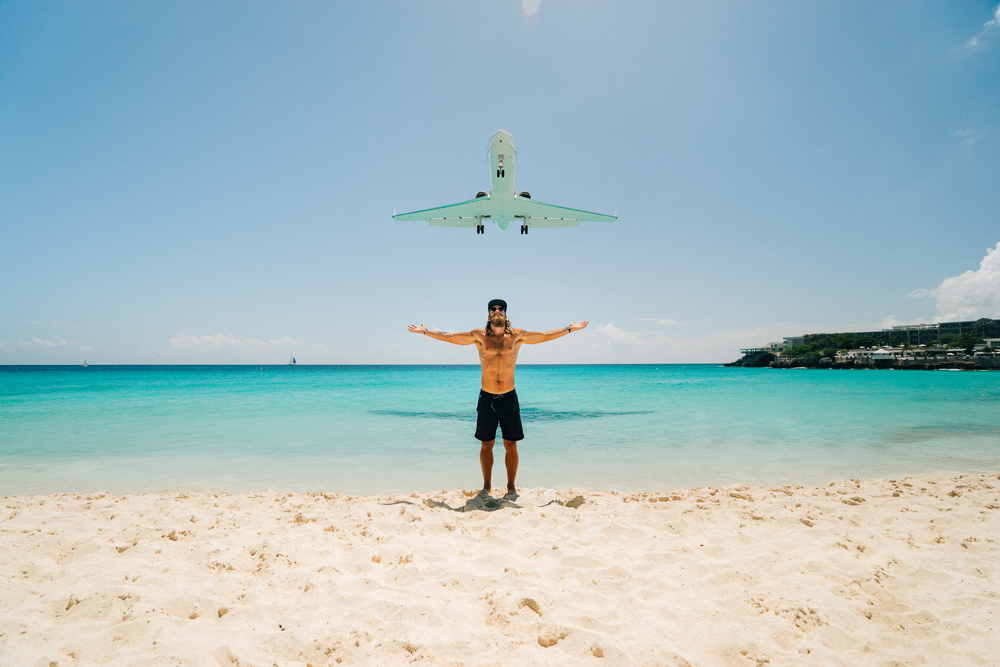 As soon as we docked our crew jumped into a bus and headed to El Yunque rainforest. For the first hour we explored the waterfalls buildings and as many cool spots as we could find. After that we played around in the rain as it began pouring on us in the middle of the rainforest. Roll with the punches, put on some war paint and make the most if it is how we responded. 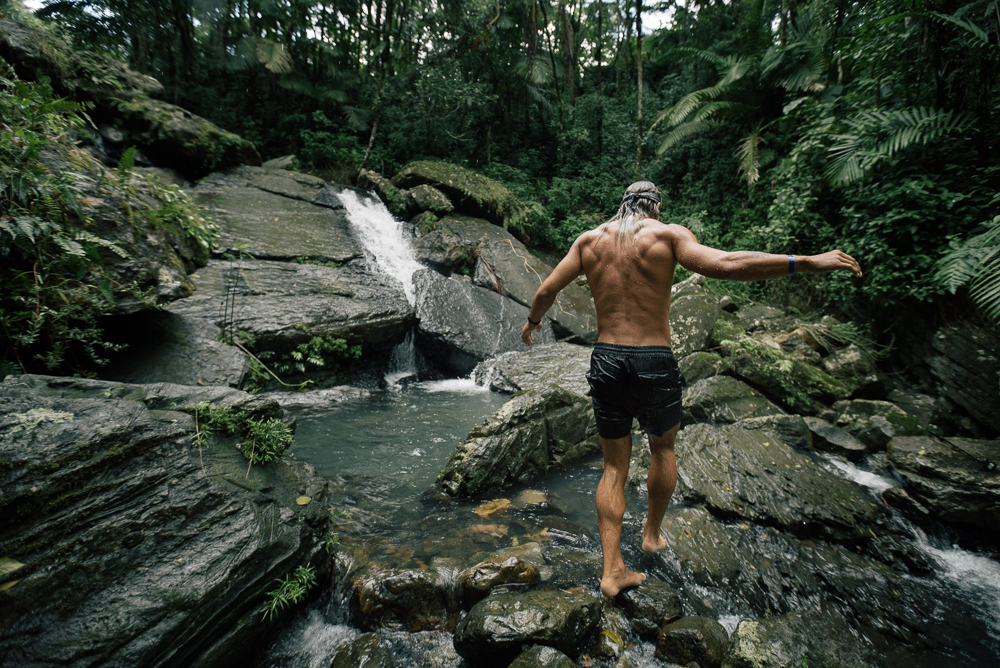 With my shoes still making squelching noises on every step, we quickly headed off to explore  San Juan Town. Cobblestone roads, intricate doorways, and vibrantly colored walls make this city an awesome adventure. Around each turn is another rainbow of walls and interesting architecture. 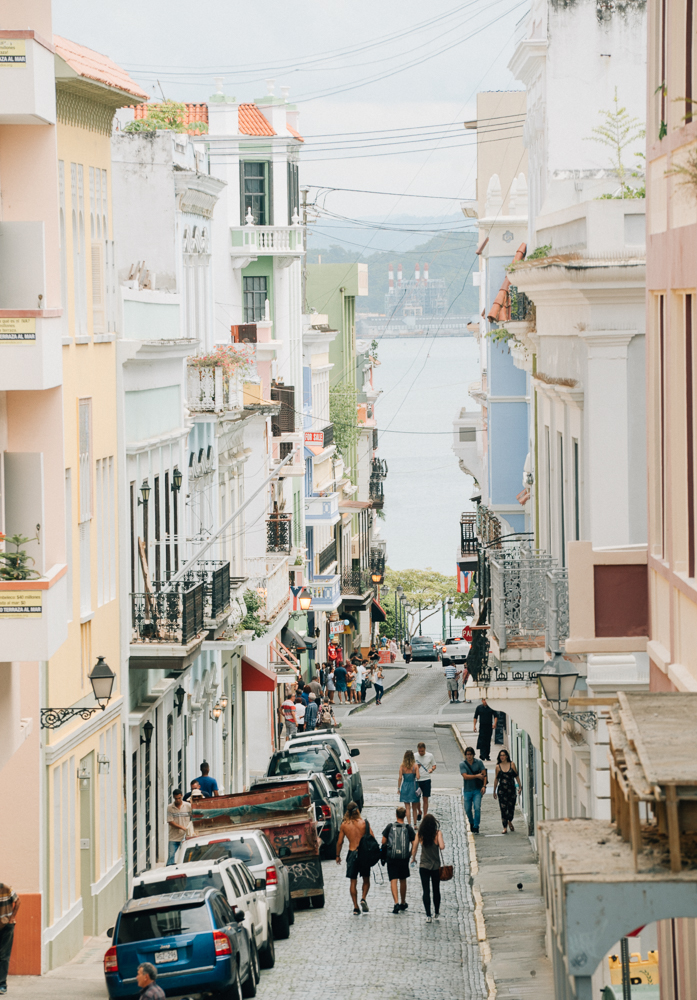 We had an hour to check out the town, not quite long enough to see too much. However, it was long enough for the two Maui boys in our crew to catch an Iguana, find some strawberries and more or less adopt him for an hour. 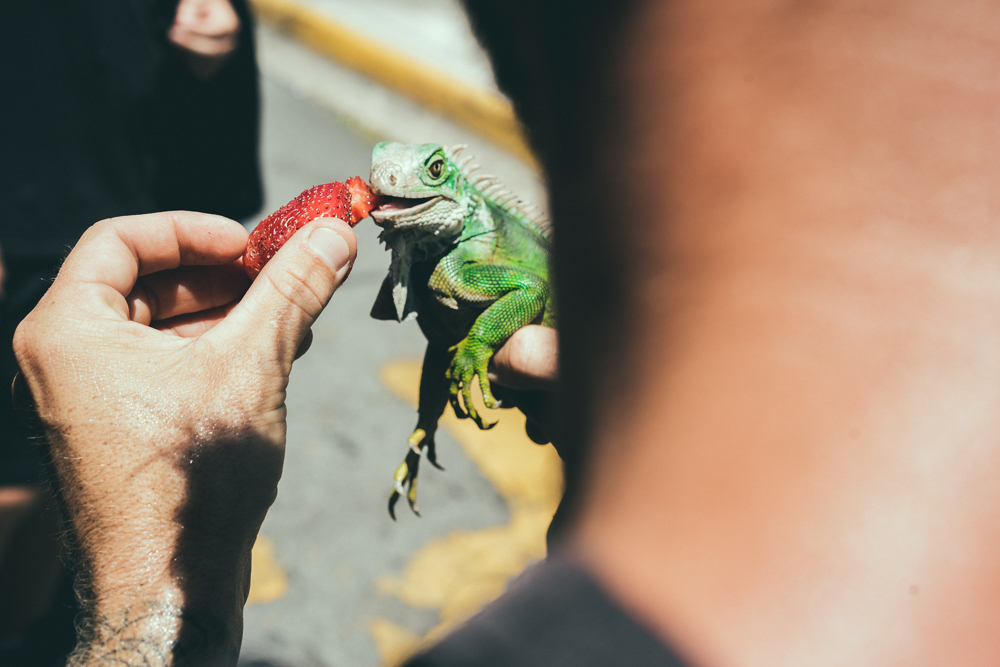 Royal Caribbean has a little slice of Haiti set up as a haven for its passengers. It is an adventure paradise although many of the 6000 passengers decided to lay out in the sun and enjoy a relaxing day.

We went zip lining over the ocean, rode the loosest roller coaster I’ve been on in a long time and finished the day off with parasailing. The highlight was enjoying the crystal clear water in between our activities from the private cabana huts. The cruise ship loomed in the background and made for some sweet shots. Hard to take a bad photo here to be fair. 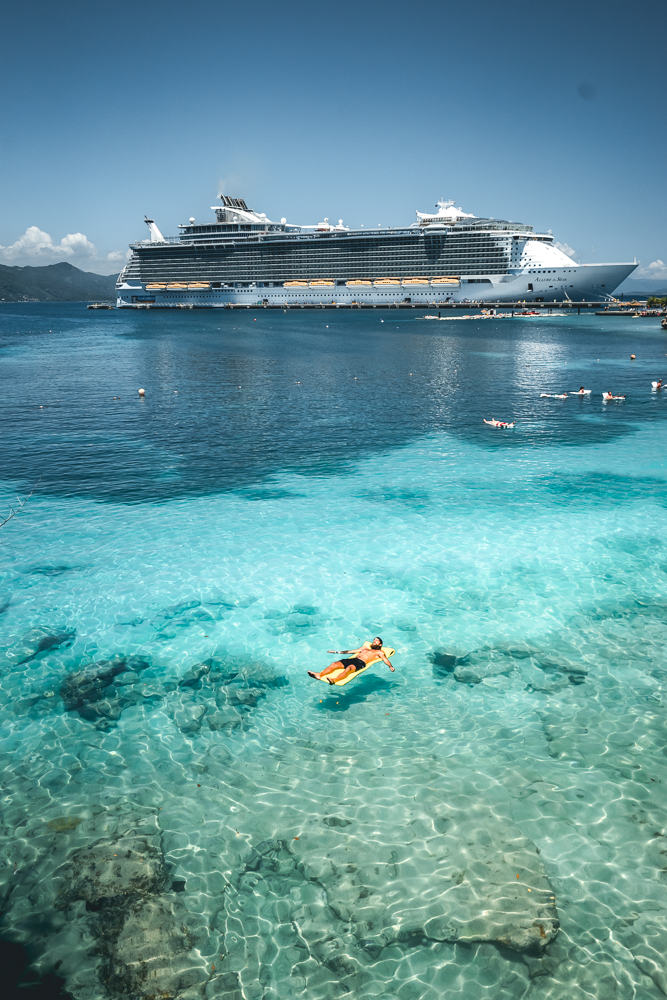 Now I am at the airport in Miami. I have a long haul ahead of me. First I head to London then on to Delhi before finally flying into Kathmandu, Nepal. I’m stoked to get back to Asia! Hope you all had a good one.