Wow! 40 weekly reviews and my 200th blog post just days after I made it to the end of my first year as a blogger. How do I celebrate these milestones? I don’t really I just keep traveling and exploring new places. That is reward enough. This past week I was running all over Jaipur with Jackie, a friend from Hawaii.

Jaipur is a city in Rajasthan, India. It’s known as the ‘Pink City’ but the pink that once was has now slightly faded and it is more of a rustic orange. Color aside, the city has some incredible history and architecture, highlighted by a series of forts and palaces built in the mountains.

The highlights of the week were chasing sunrise and sunset at the Nahargarh Fort, Jaigarh Fort, Sun Temple and Monkey Temple. There were times the streets were busy but for the most part, I found myself asking people why it wasn’t busy, hectic and overwhelming like everyone promised. The only time it was a little hectic was sitting in the back of a tuk-tuk with a driver who had a love of the horn and a was in a rush to get to the hospital after dropping us. Aside from one moment the rest of my time in India was relatively peaceful. 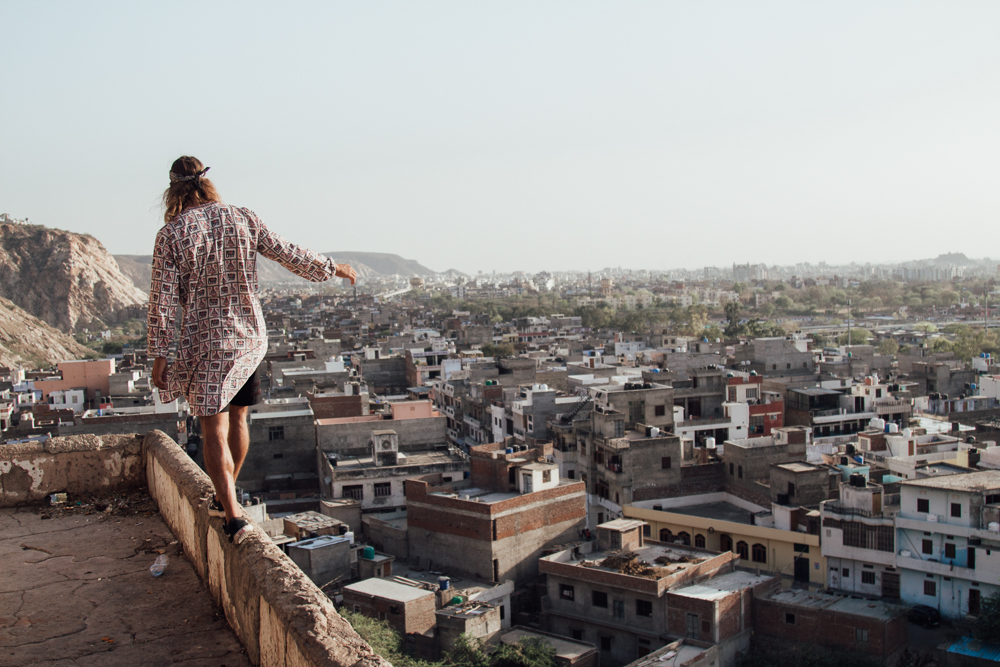 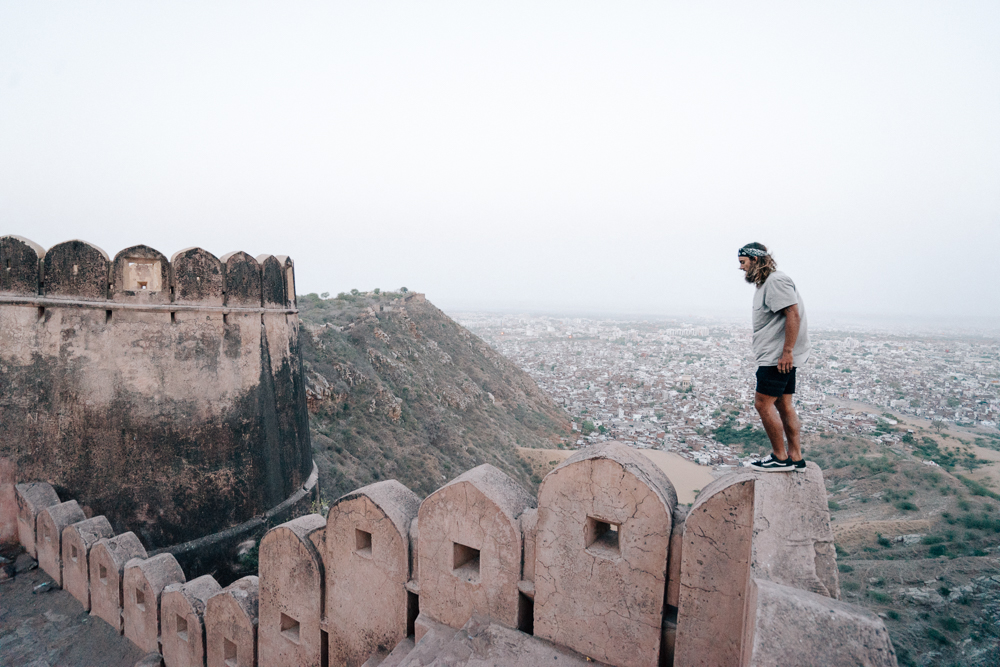 We spent sunrise and sunset uninterrupted, sharing the view with nobody or just a few. Often the only tourists around I felt like we were in the middle of a desert kingdom at times. 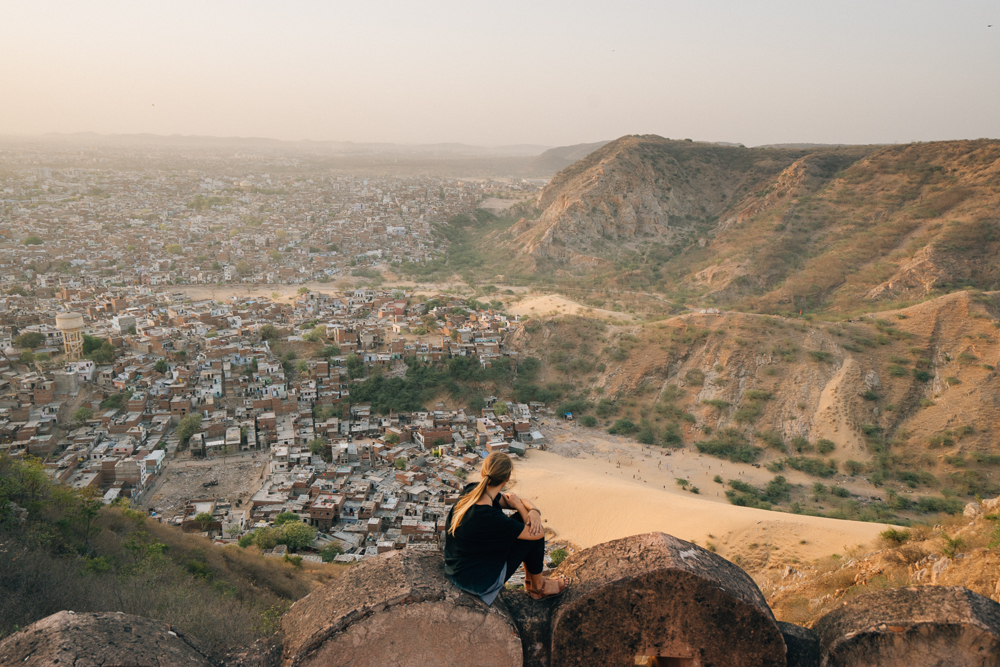 Another highlight of the week was wandering around the streets and seeing a bunch of kids playing cricket. For the next two hours, I batted and bowled, dominating the bunch of teenagers who took delight in being the next one to try and knock over the battered chair they were using for a wicket. One of the fathers invited us in for chai tea and a snack. Scary India.

One last memory that stuck with me was on our last night. I had just bought a pair of flip-flops, quickly hurried back into the tuk-tuk and just before we took off a kid tapped me on the shoulder. Keep in mind this is an area where people are begging on the street, others are working til midnight in general stores to provide a living for themselves and their family. Anyway, he tapped me on the shoulder and said hey dude you dropped your wallet, bent down and handed it to me. In a rookie moment, I had quite a lot of cash in my wallet and all of my cards. It wasn’t a surprising moment for me and probably not something the kid will remember either. The story just sticks with me because I heard so much negative crap about India before I traveled there and actually only experienced the exact opposite. Not just vendors and people being nice when I was paying for a meal or a ride but people going above and beyond.

We were invited to a man’s rooftop to enjoy the sunset, asked to join multiple cricket games, approached a million times to take selfies with locals who thought we were the attraction. We were looked after by a group of tuk-tuk drivers who walked us to their favorite chai spot. Our hotel staff went to the pharmacy at midnight to get stomach pills at our request because he didn’t want us to have to go out. 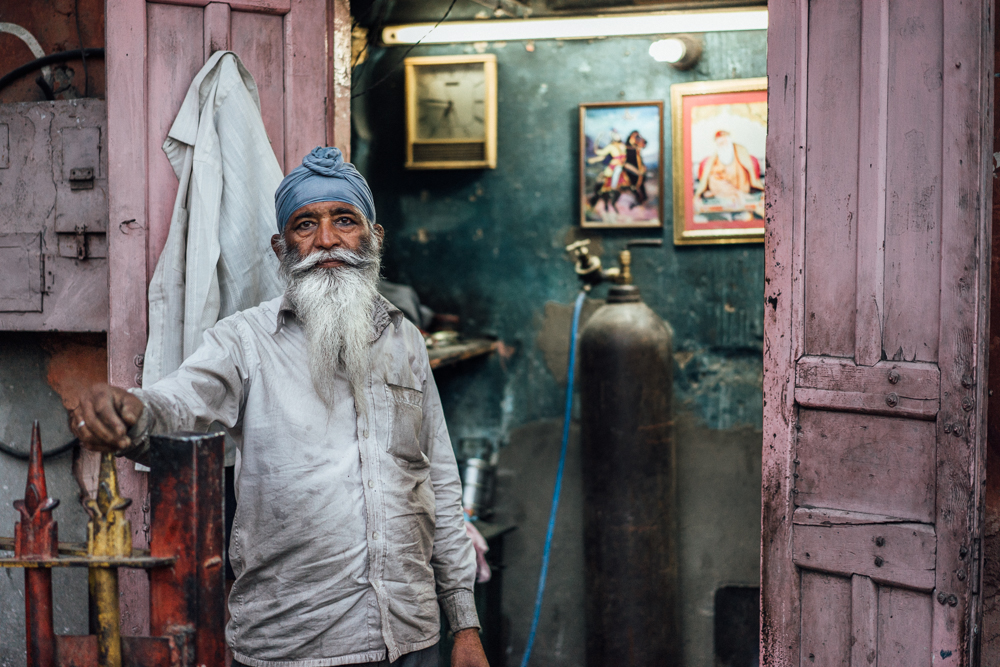 Sure all the men stared at Jackie. We probably paid too much on a few tuk-tuk drivers, our hotel jacked up the price halfway through our stay and you can fire back as many negative news stories and travel experiences as you like. However, the majority, and by majority, I mean almost every single human in the world is a good person with good intent. Remember that before getting scared by the tiny, tiny percentage who are capable of ruining the reputation of a country. 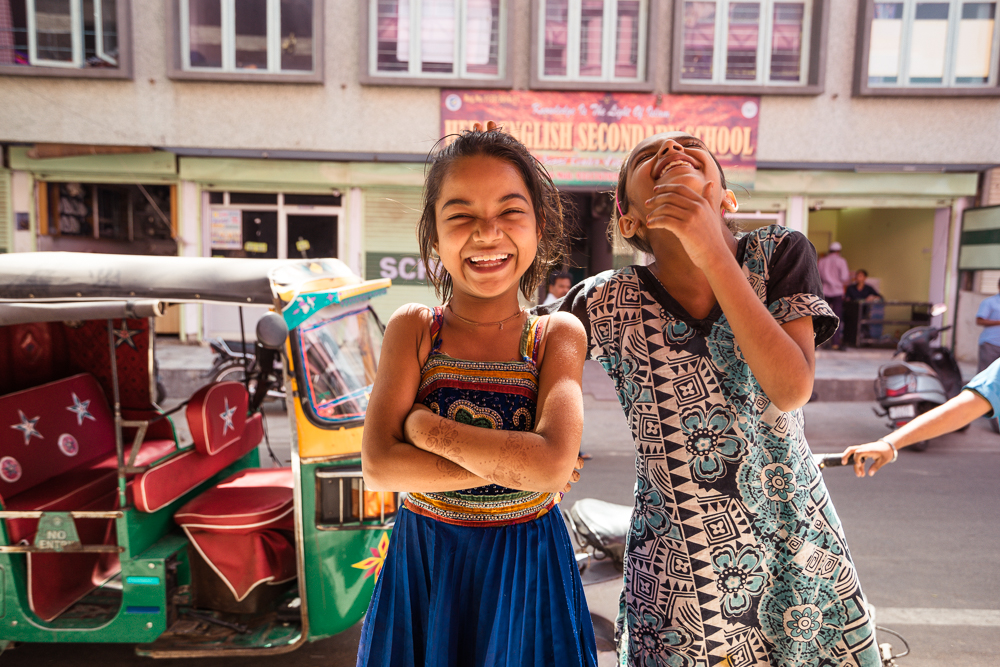