I’m back on the road again and off to a flying start to the year of travels.I spent a few quiet days in Canggu catching up with Jorden Tually and Joel Vodell, who are from Newcastle in Australia. Both Joel and Jorden are vlogging their travels so we were quite the content creation team.

Joel flies his DJI Mavic Pro getting some sweet shots and Jorden captures his hyper energy throughout the day.

I walked a couple kilometers down to the beach and watched the surfers riding waves as the sun slowly brought a golden light to the day. One of my favorite parts of my Canggu experience was stumbling across an awesome little outdoor gym right on the beach overlooking the surf. Workouts don’t get much more scenic. 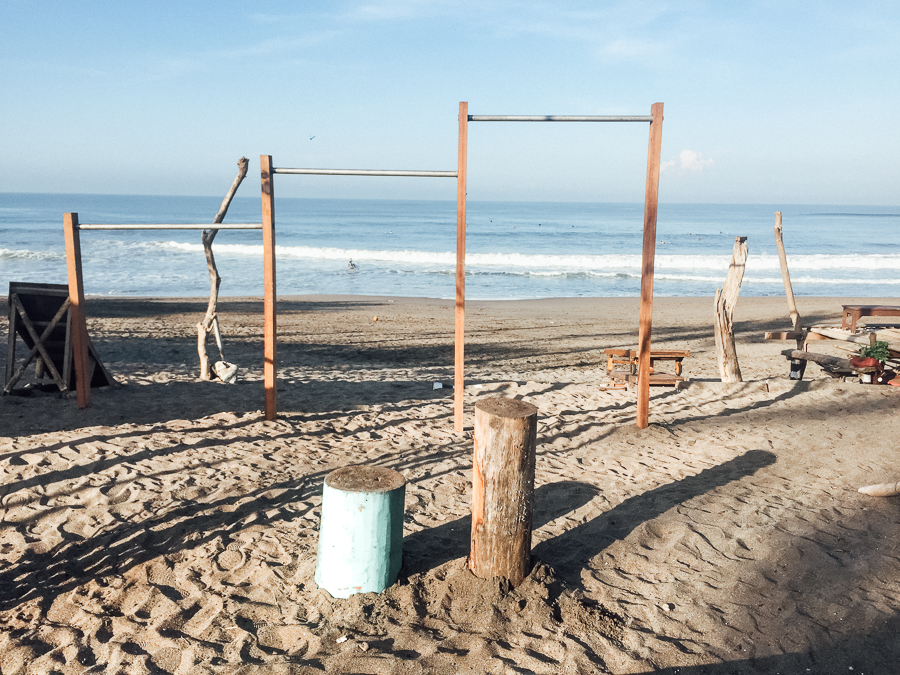 After our short spell in Canggu we were rested and headed off for our crazy adventures on Nusa Lembongan and the surrounding island. Nusa Penida and Nusa Ceningan are just a short boat trip (soon to be bridge trip) from Lembongan and would provide the ultimate adventure getaway from the craziness of mainland Bali. The boat ride from Bali costs about $40 return and takes less than half an hour. However, the entire journey from hotel to hotel may take several hours.

We found a homestay for $10 a night, which was far from luxurious but it had wifi, cold showers, secure doors and a private bathroom. I took a private room while Joel and Jorden decided to get cozy and cut down their costs by sharing a room.

On our first day in Lembongan we grabbed a scooter each for $5 and headed out to Devil’s Tears. This is a location on the rocky coast similar to spitting cave on Oahu. Waves crash in and explode it creating huge clouds of spray and rainbows. Rock pools made the perfect spot for a sunset later in the day. We also visited Dream Beach and Mushroom Bay before returning to Devil’s Tears for the sunset. 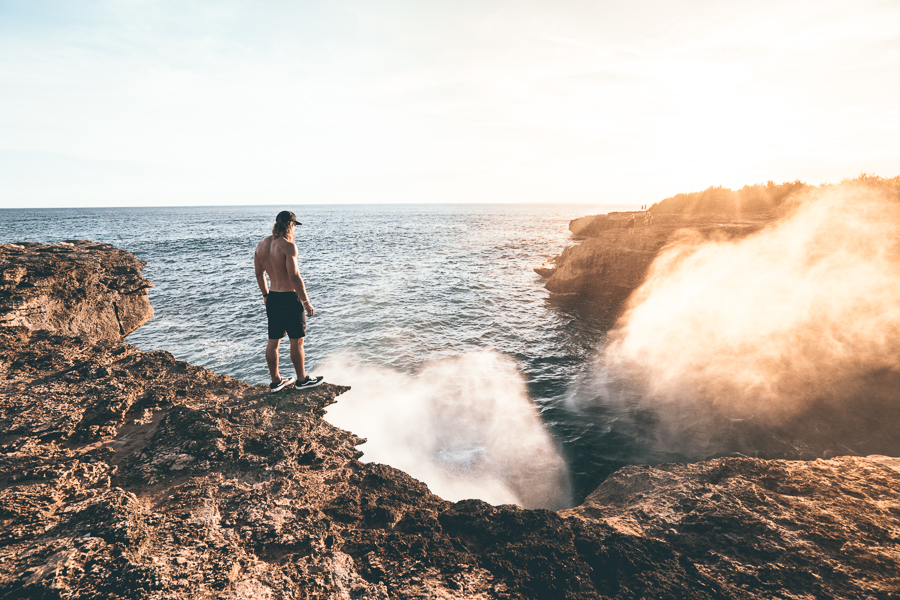 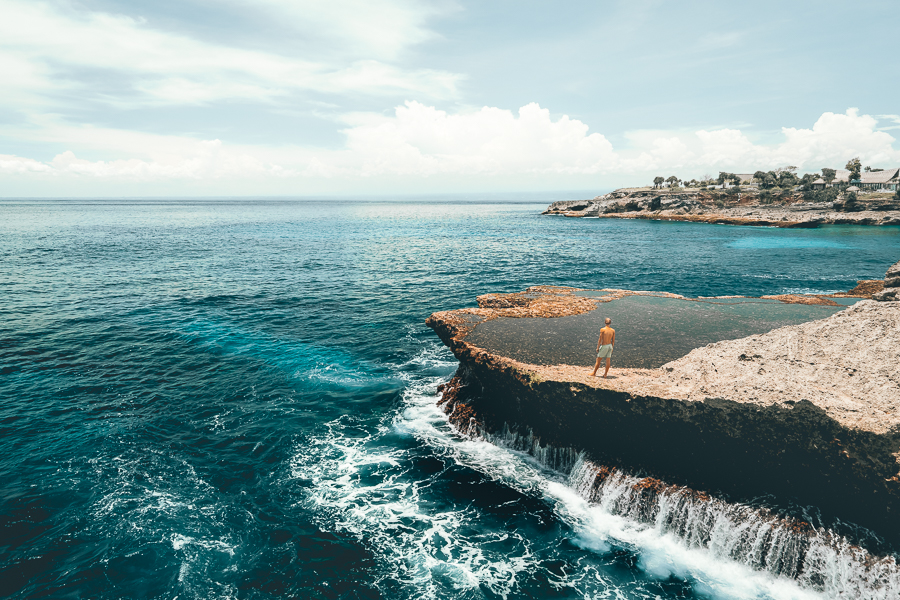 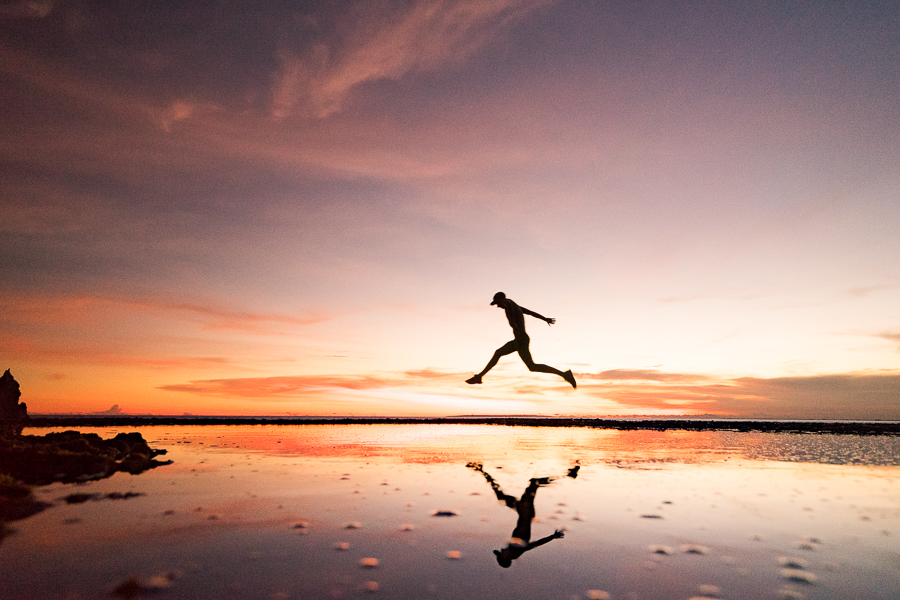 What I liked most about Lembongan was the relaxed atmosphere and chill island vibes. Often we found ourselves lost in a paddock, zipping around on our mopeds finding dead-ends and cows.

The next day we found one of my new favorite spots in Indonesia. I will write an entire blog post about it later but I would put it down as a must-visit for any adrenaline junkies. The blue Lagoon on the Island of Ceningan is a stunning bay with several spots for cliff-jumping. We spent over four hours jumping from all different heights up to 13 meters. I worked my way up to a 12.5 meter back-flip into the azure water below. For sunset we went to Mahana Point which has 10m and 6m diving boards, music and beers. It ticks all of the boxes for me. 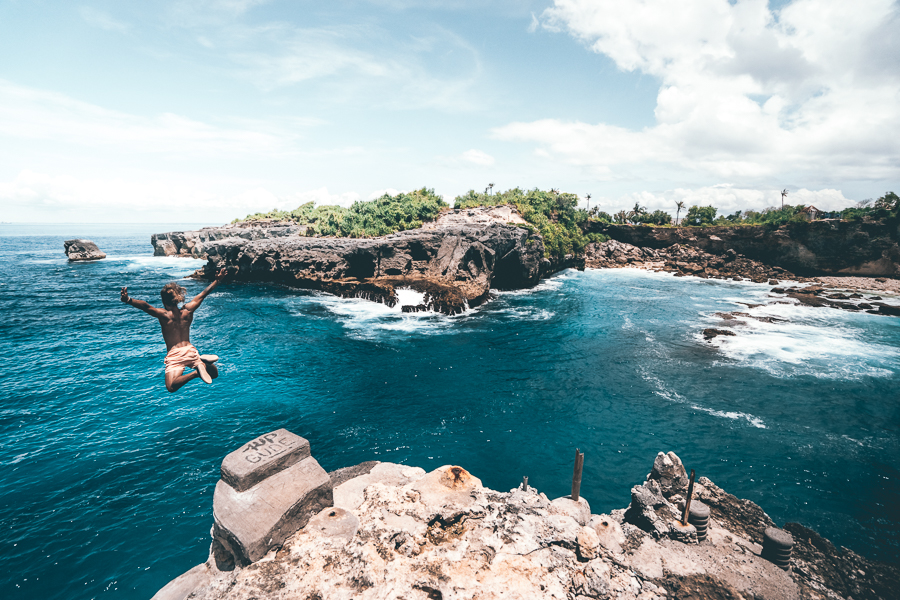 The last island we visited was Nusa Penida. It is a huge island but we only had one day to check it out so we grabbed two mopeds and went hell for leather the entire day. Three hikes, several beaches and a 300 meter cave had us dripping in sweat almost the entire day. The highlight of the day was visiting a place Jorden hadn’t stopped chirping about since we arrived in Lembongan. Pantai Kelingking aka T-Rex is a cliff formation along the coast that clearly resembles a T-Rex dinosaur. It is a popular Instagram photo opportunity and an incredibly scenic location. The part that struck me the most was looking down at the pastel blue water on the beach.

There are too many other amazing beaches, hikes and snorkels we did during our five days to mention in the weekly. However, I will cover them all in blog posts shortly. Honestly so stoked to share the photos and stories I’ve collected in the last seven days! I will mention one more crazy thing I got to do. I swam head to head staring down the throat of a 4-5 meter Manta Ray. Stay tuned for the video. 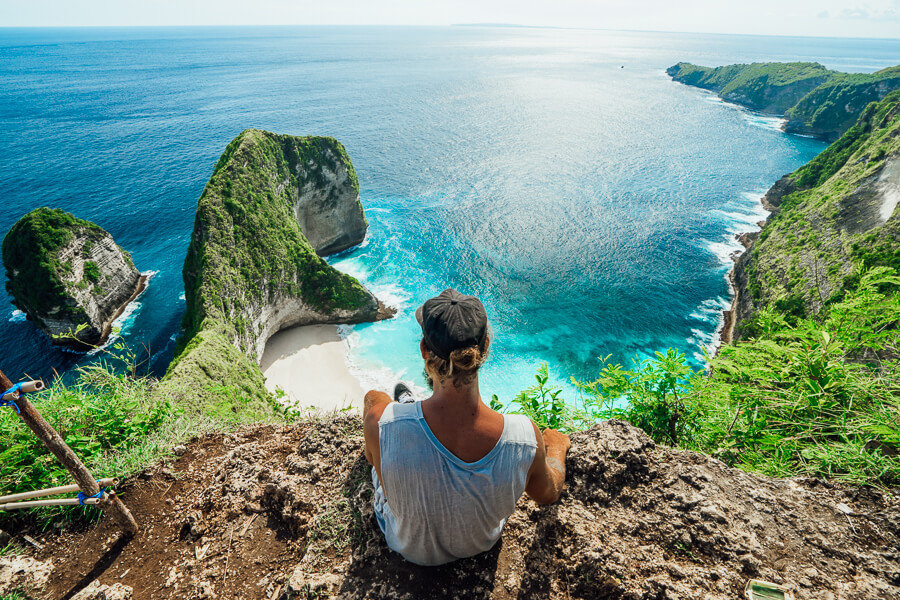 I am currently in Jakarta Airport waiting to board my flight to Kuala Lumpur before transiting to my final destination Colombo. From there I will catch a train down to Unawatuna, which will be my home base for the next three week.

Hope you all had an awesome week!

Where is this amazing outdoor gym ?