There is nothing better than surprising someone and seeing a giant smile spread across their face. This weekend my good friend Just Salvesen (@justandreas) and I surprised one of our favorite guys, Josh Lynott (@joshlynott) at his birthday party. 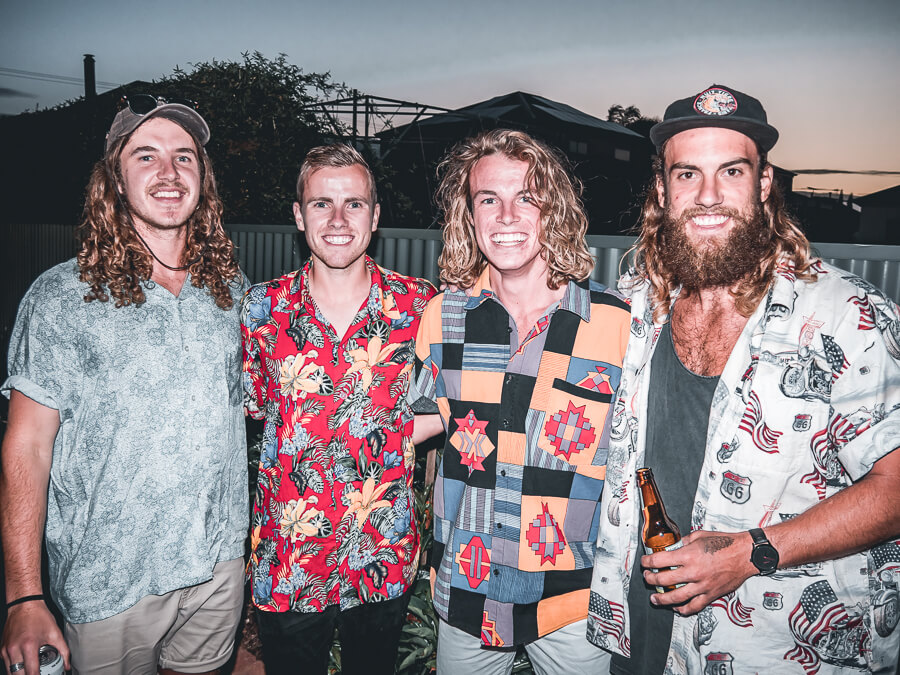 A bit of background on who these champion guys are.

Just Salvesen played soccer alongside me at Hawaii Pacific and he was my roommate for a year on Oahu, Hawaii. We explored the island together and became great mates. Unfortunately one of the parts about travel that sucks is having to say goodbye to friends who otherwise would remain in your life for years. But it wouldn’t be the last time we got to hang out.

Josh Lynott. I honestly have no idea how this kid ended up in my life but what a little ball of innocence and awesomeness. An old friend told me I should meet up with this guy who was coming backpacking to Oahu. He came over to my apartment with his backpack on, short shorts exposing his stick legs and a huge grin on his face. He hung out with us for a couple of hours before asking if he could sleep on our couch for the night. He stayed for three months.

Josh and Just then went on a crazy road trip around Norway together in the European summer.

Josh Lynott was having his 21st in Adelaide so Just decided to fly over from Hawaii and I stuck around in Adelaide long enough to make it too. I picked Just up from the airport the night before the party.

Walking down Joshy’s driveway and seeing his face light up as he saw Just and I was probably my favorite moment of 2017 so far.

I’ve seen a lot of friendships fade away over the last five years as I have been out of the country. However, I’ve met some amazing people along the way from all parts of the globe who are now some of my best friends.

Other than this awesome surprise I hit up Second Valley again for some more cliff-jumping, got some solid work in and hit the beach way too many times.

This week I am showing Just around Adelaide and giving him the Aussie experience before he heads back to Hawaii. It’s my last week in Australia before I take off for a year of travel!

Hope you all had a great week and made someone smile as wide as Josh.