The first week in Papua New Guinea was all about our trek along the Kokoda Track, which took us through 96km of the dense jungle for 8-days. It sounds pretty wild but it was about to get much more adventurous as we set off aboard a small plane from Port Moresby to Mount Hagen.

We landed in Mount Hagen and local legend, ‘Betty’, picked us up from the airport. The next 8 hours was one of the bumpiest journeys of my life. We often looked out of the front windscreen and couldn’t believe what we were driving on was called a road. Holes the size of graves and huge boulders were splattered across the muddy road as we got airborne in the back of the LandCruiser. Somehow we made it to Betty’s Lodge in one piece and settled in for the night. Despite the hectic journey, handing out red frogs at a 2-hour traffic delay was the highlight of the trip. 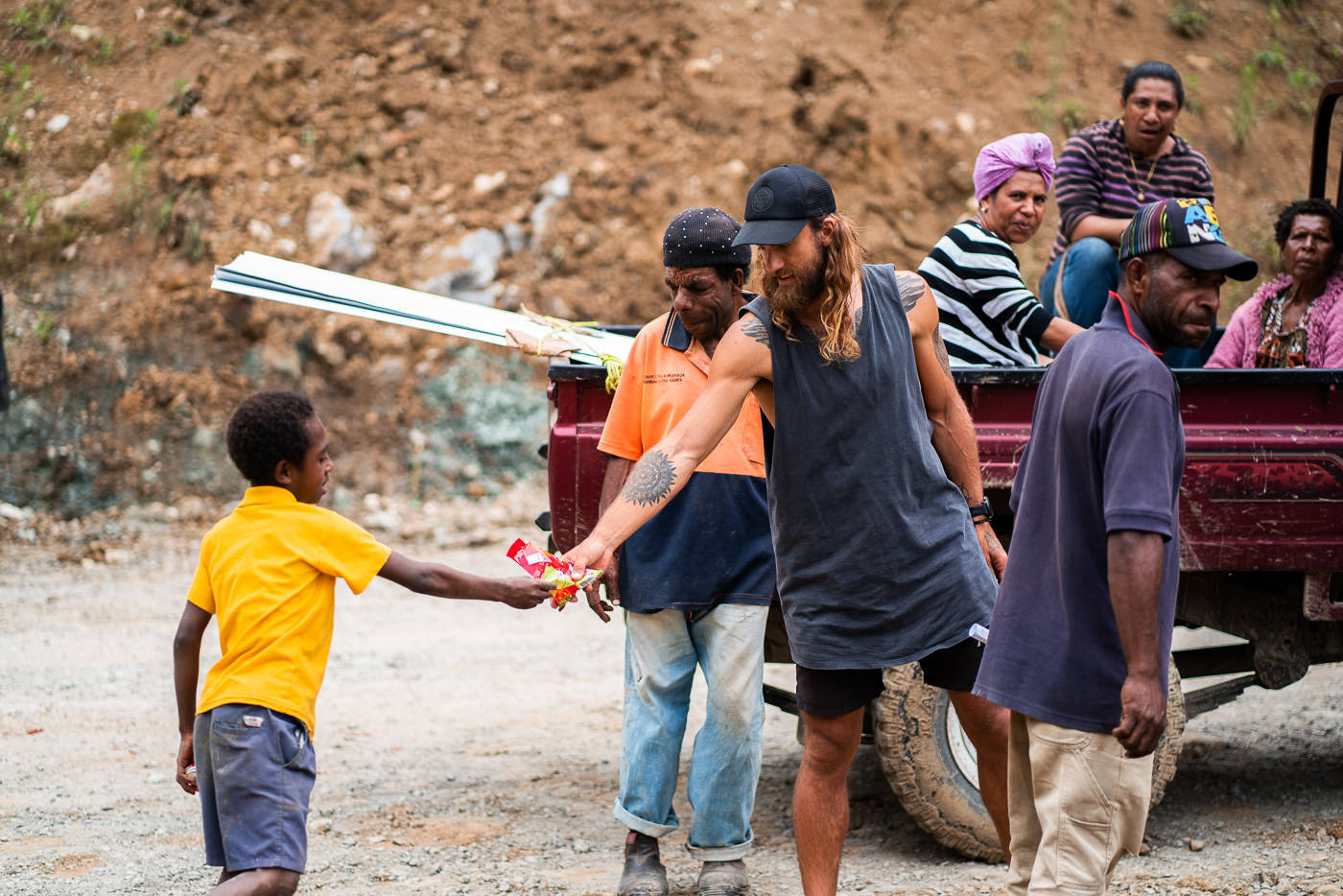 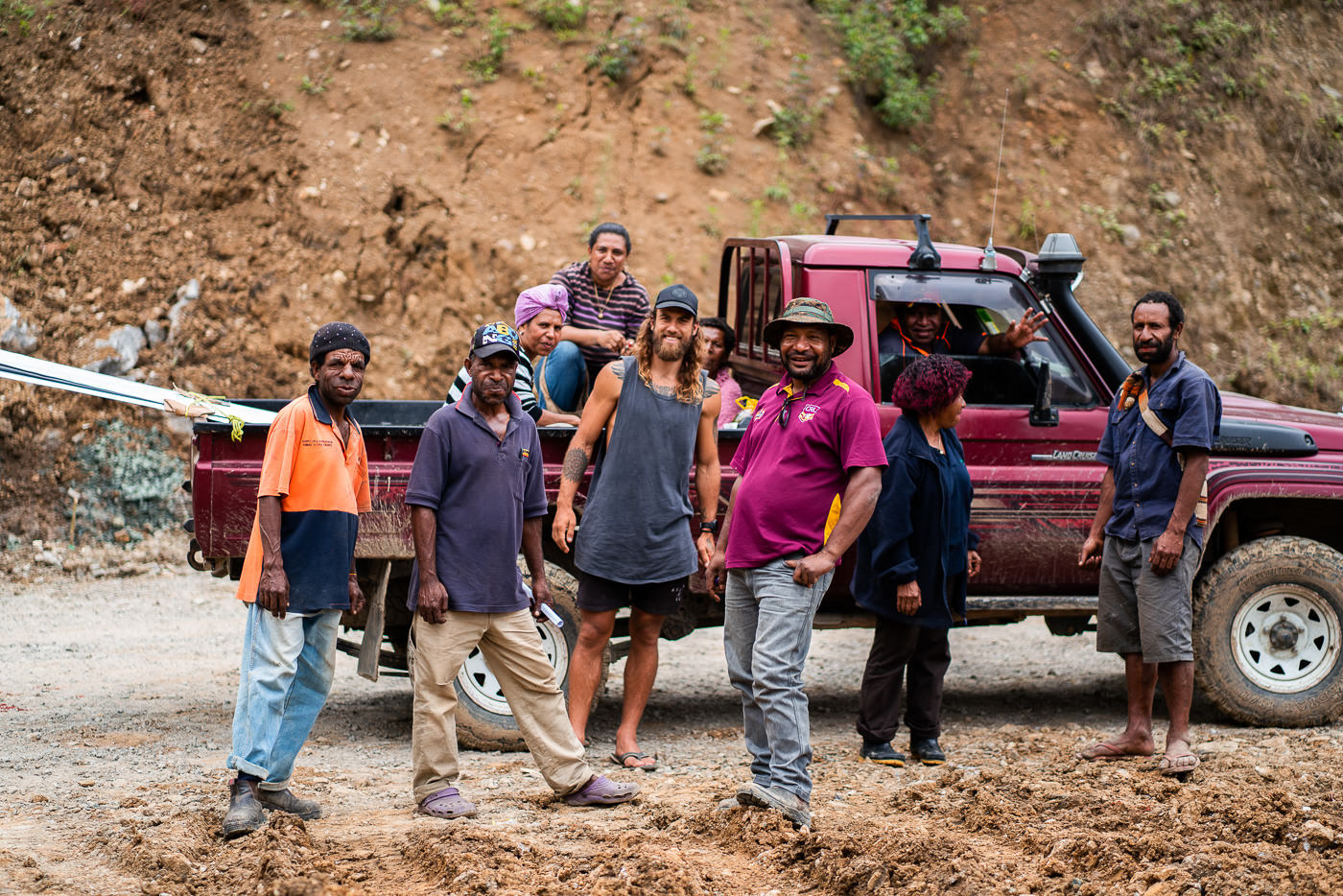 The next morning we packed our overnight hiking bags and met our guides. We were heading up to base camp for the night before attempting to summit Mount Wilhelm, which is a 4,509m summit. 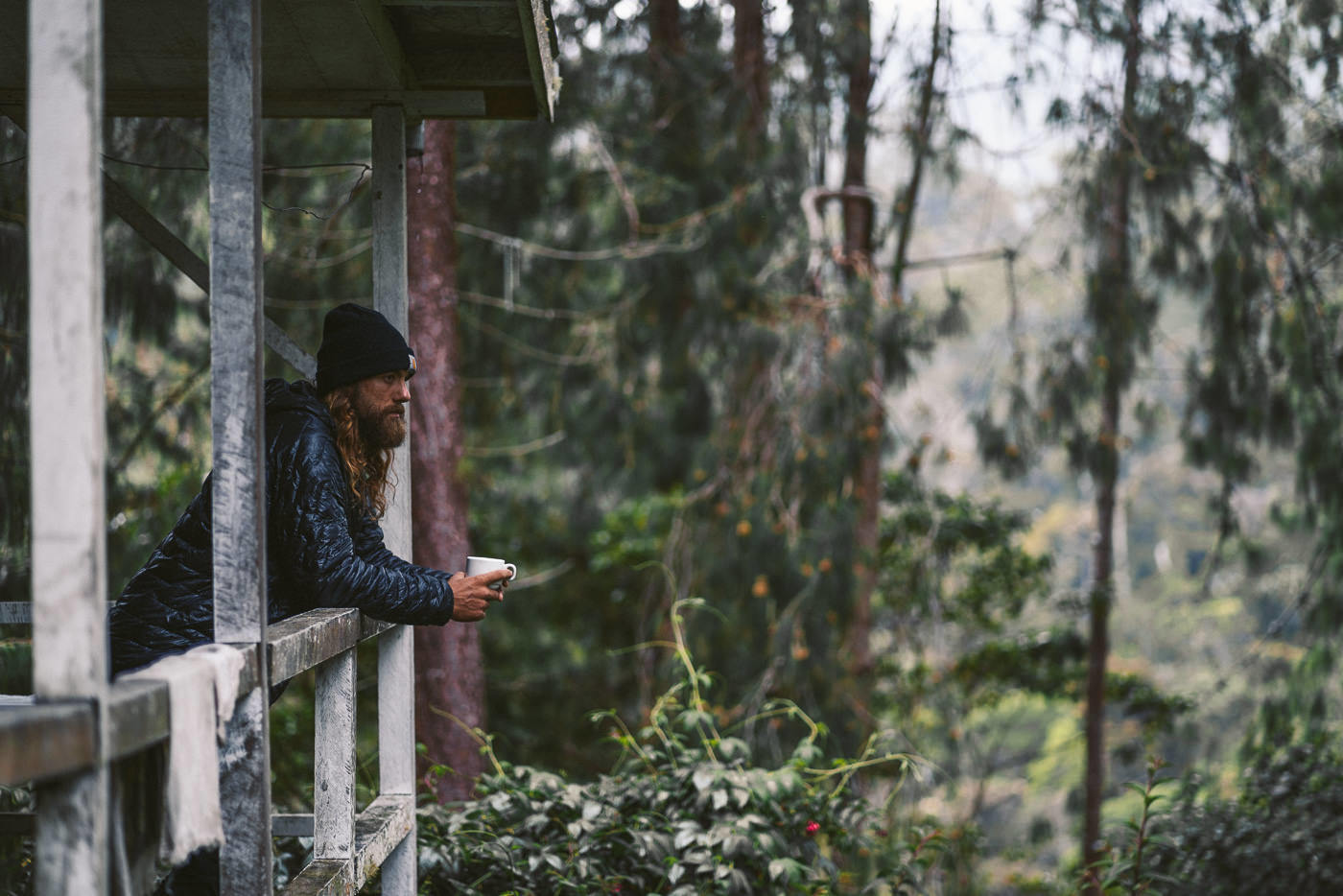 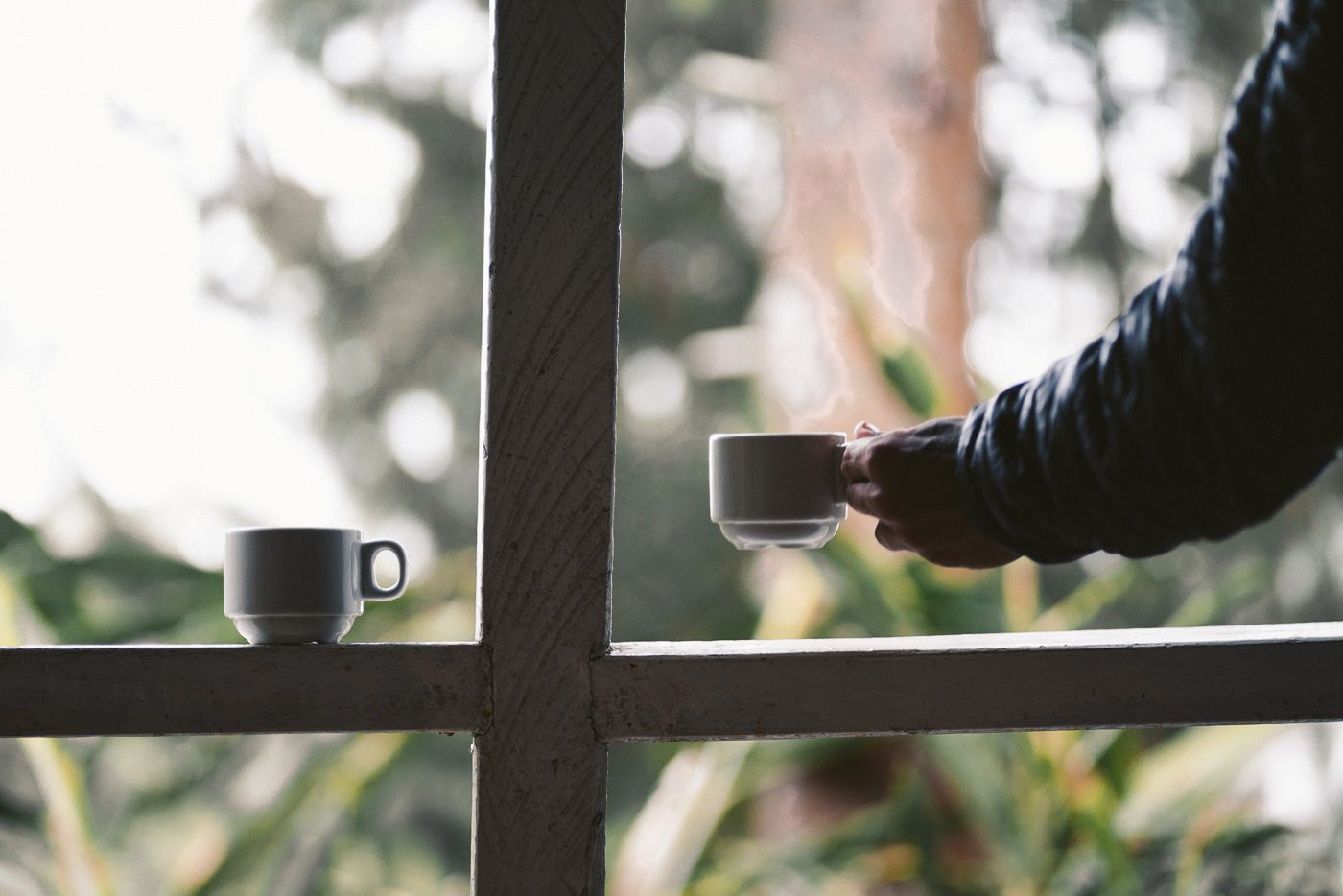 Betty’s Lodge is at 2,800m, the base camp is at 3,500m. Both locations were freezing so staying warm was an issue. We packed all of our jackets, I wore three pairs of pants and we borrowed some gloves. I don’t recall being warm once throughout the weekend.

The hike to base camp was a 3-hour journey through the jungle and muddy plains. Our local guide, Lukas, led the way in a scarily thin, scruffy fleece, shorts, and gumboots. I felt overdressed, overprepared and a bit of a weakling as I followed Lukas in his shorts. In fact, I was perfectly prepared and Lukas was just a freak of nature who could withstand weather like no-one else. He wore the same outfit to the summit and even slept outside next to the fire in this outfit. 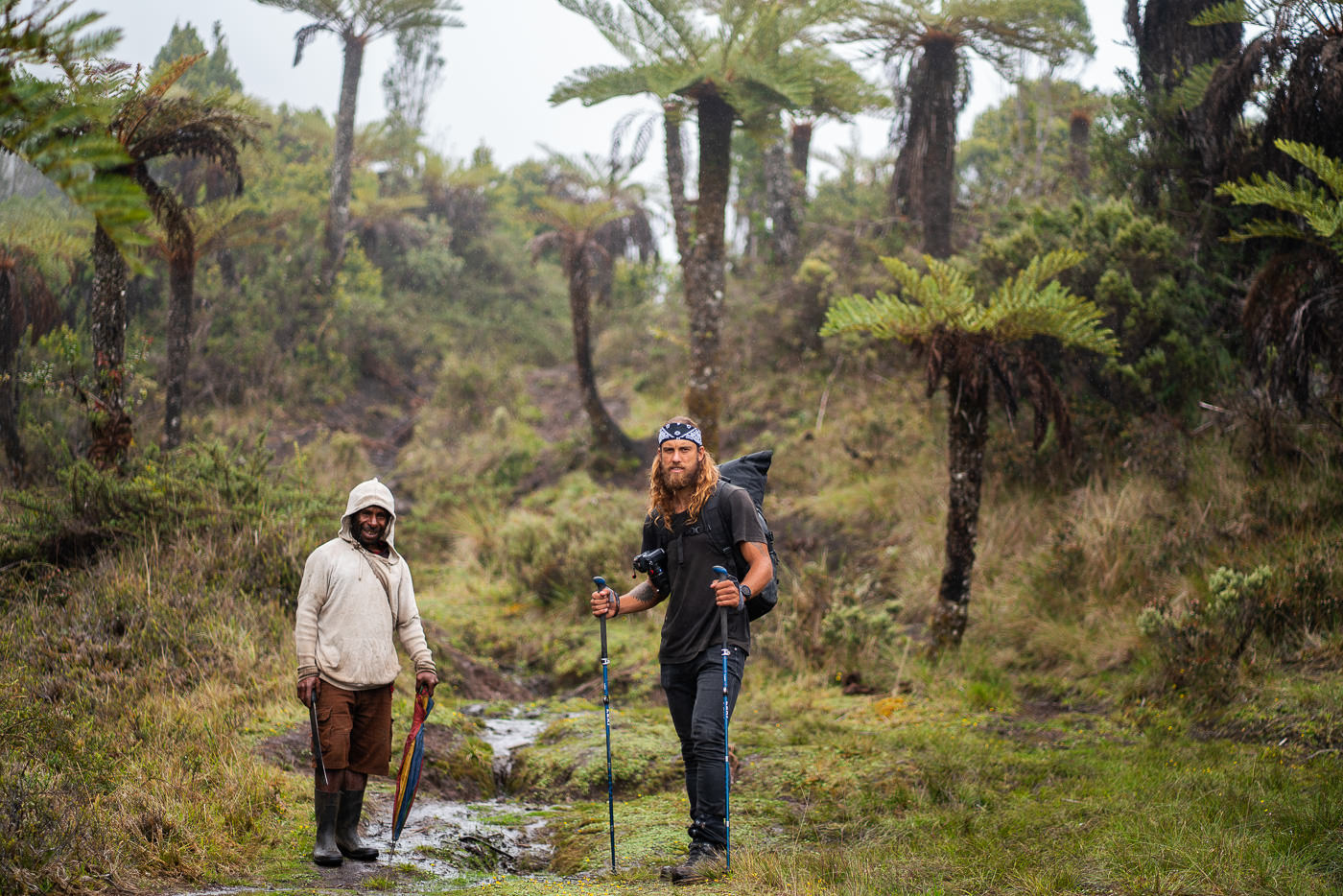 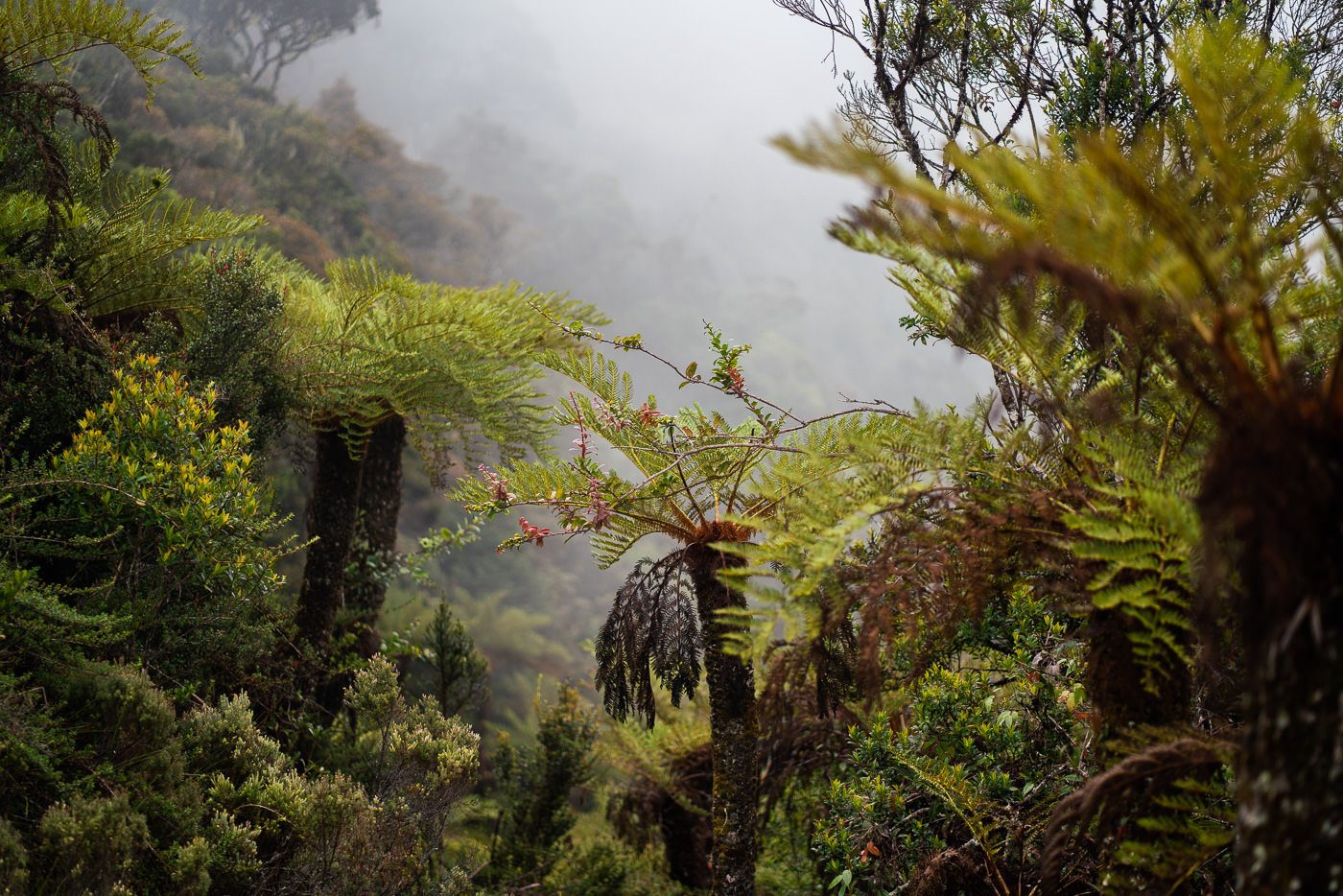 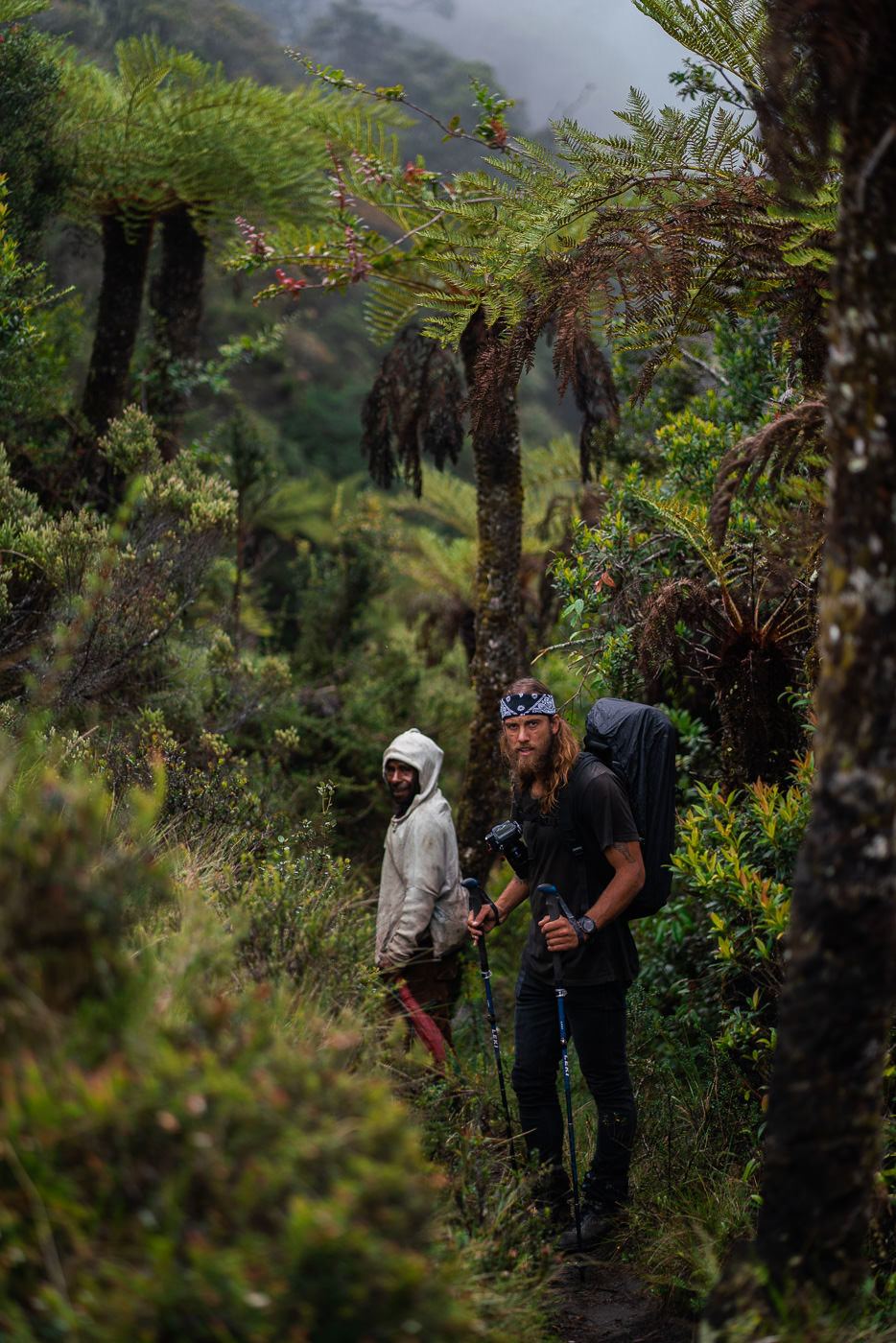 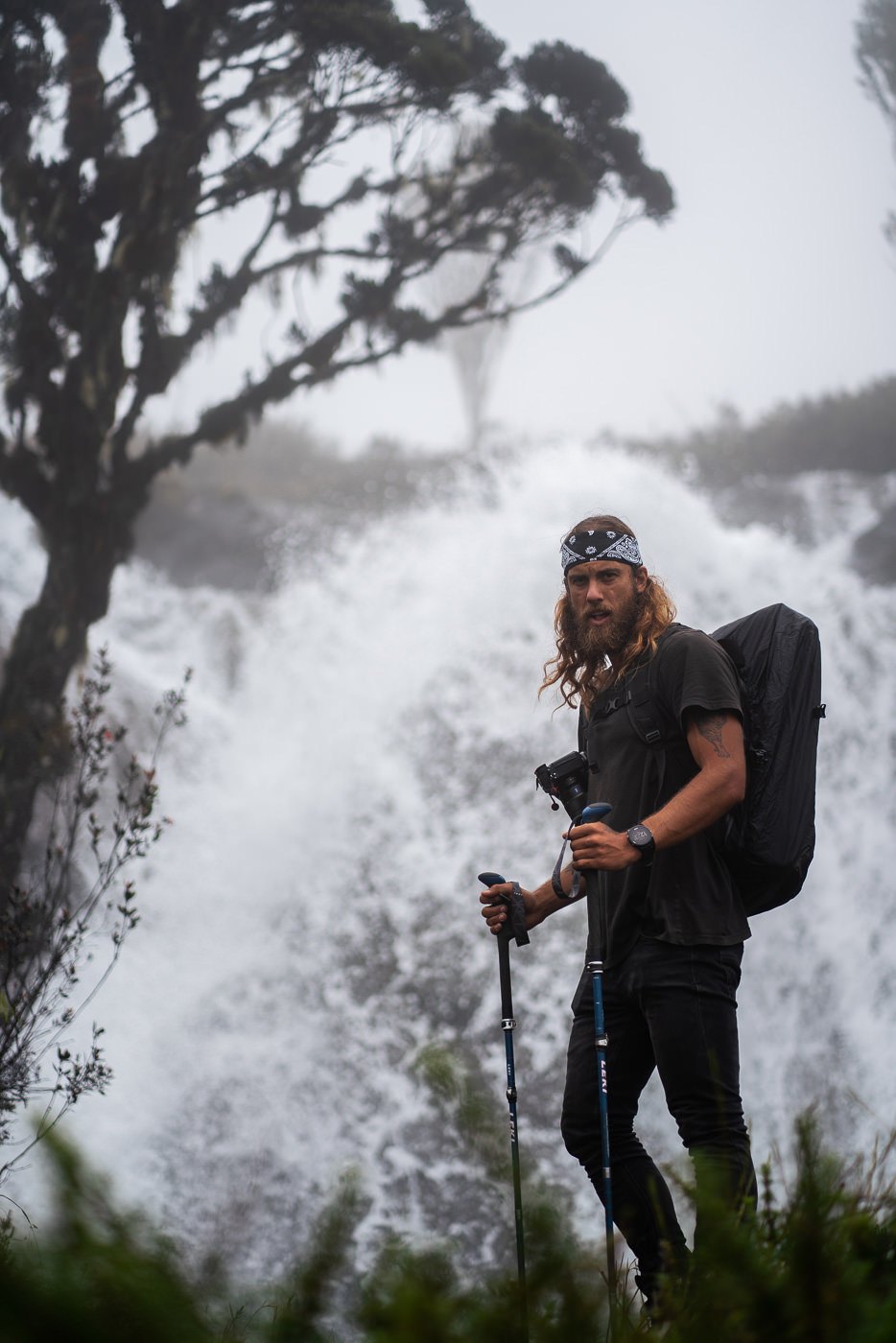 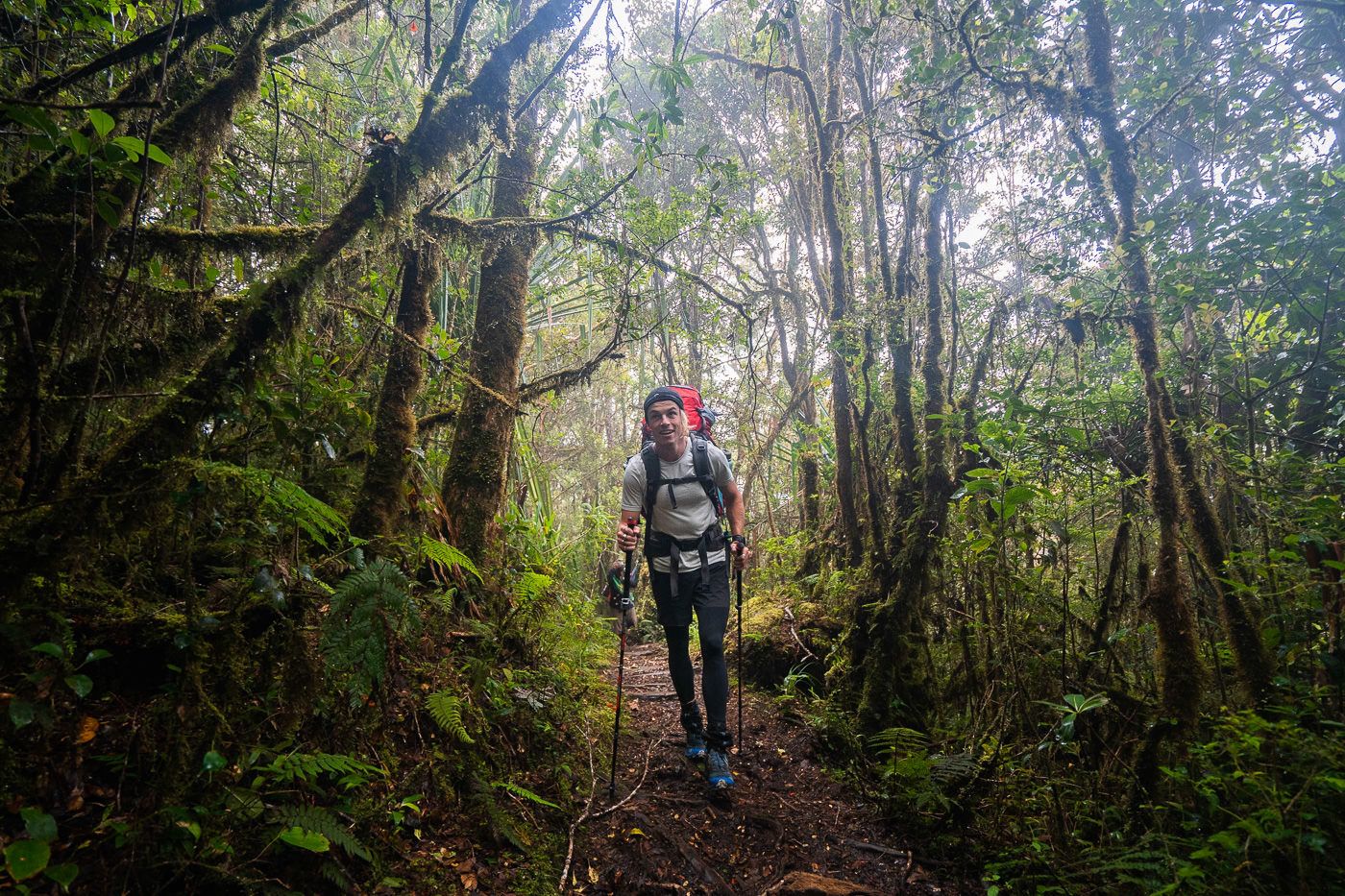 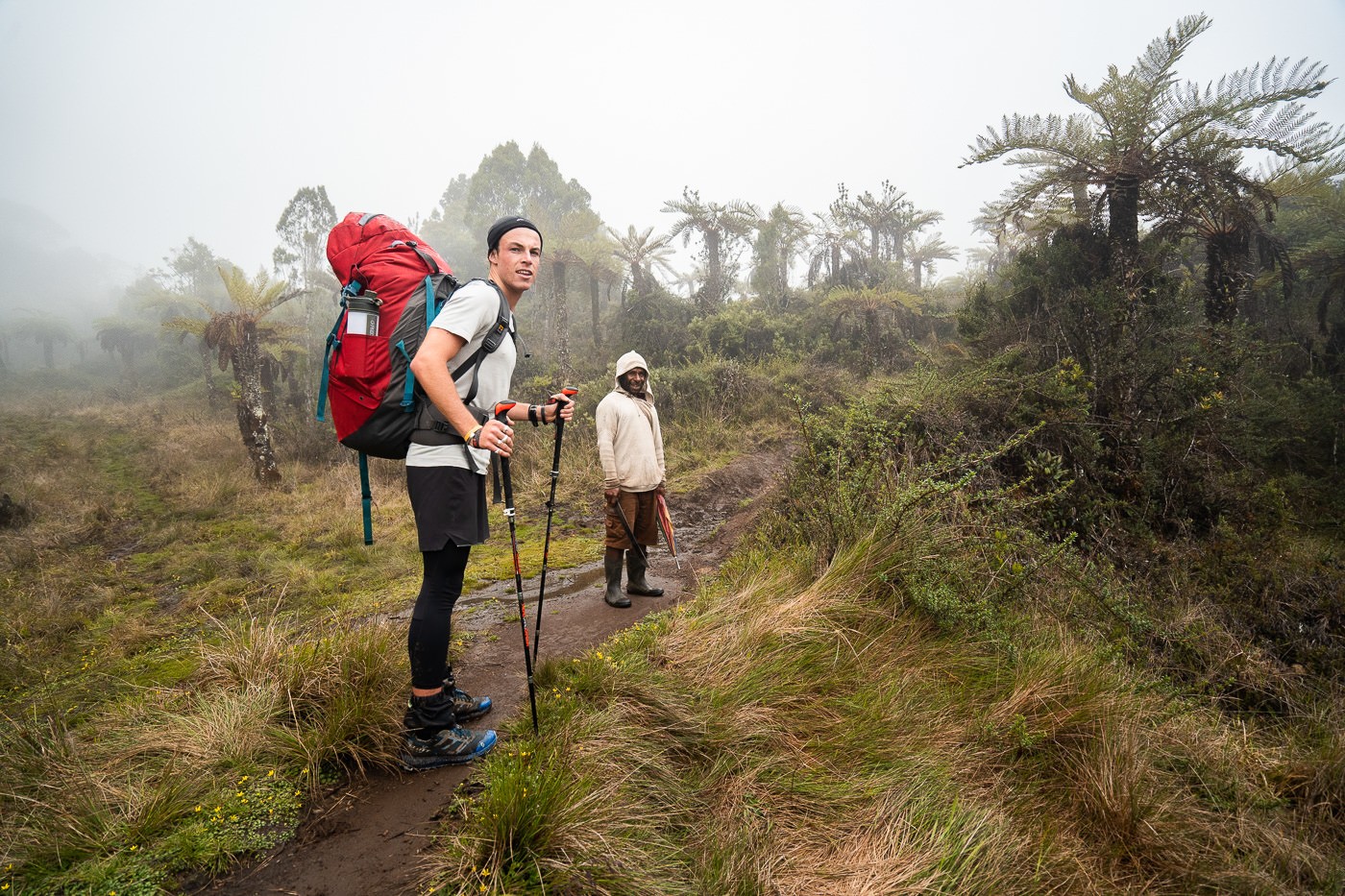 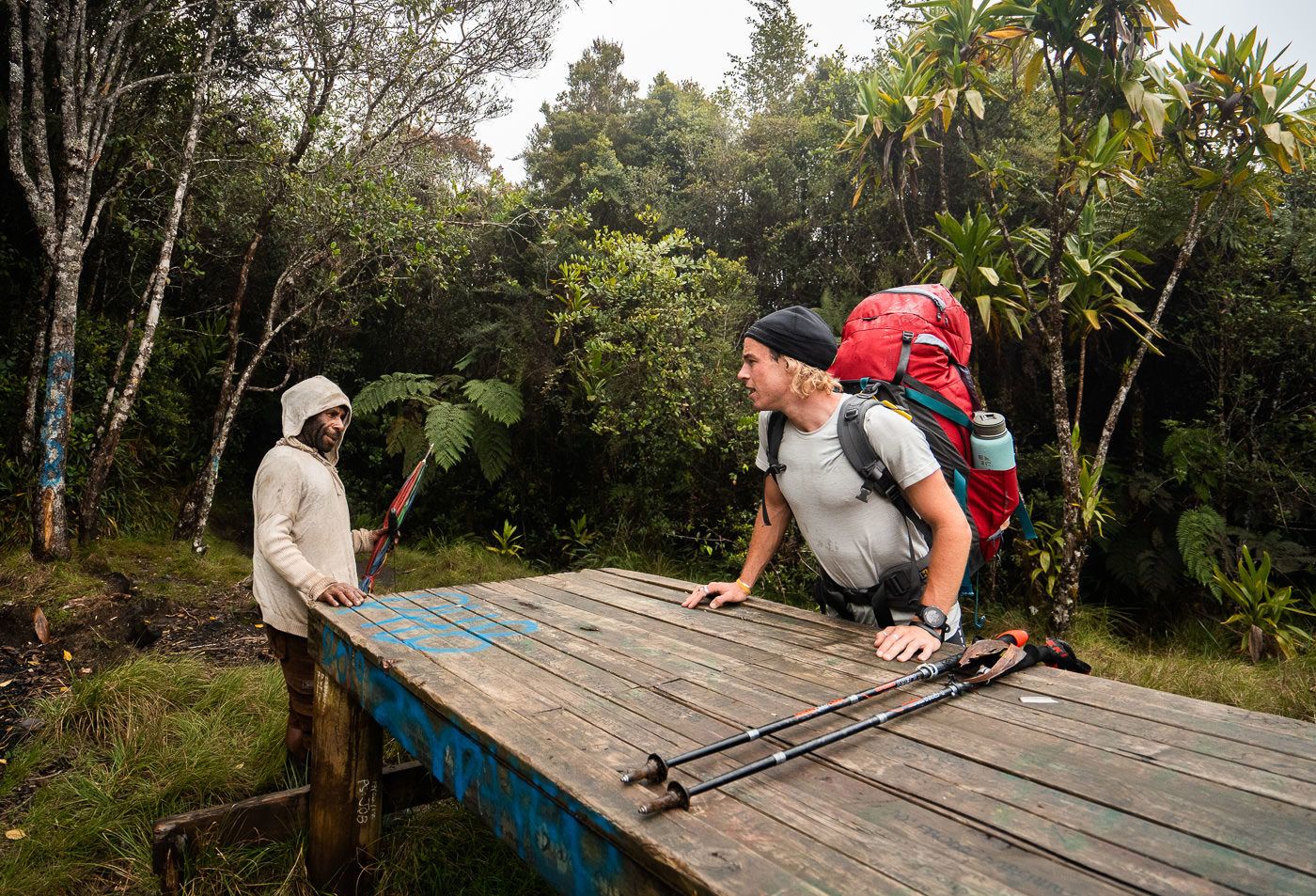 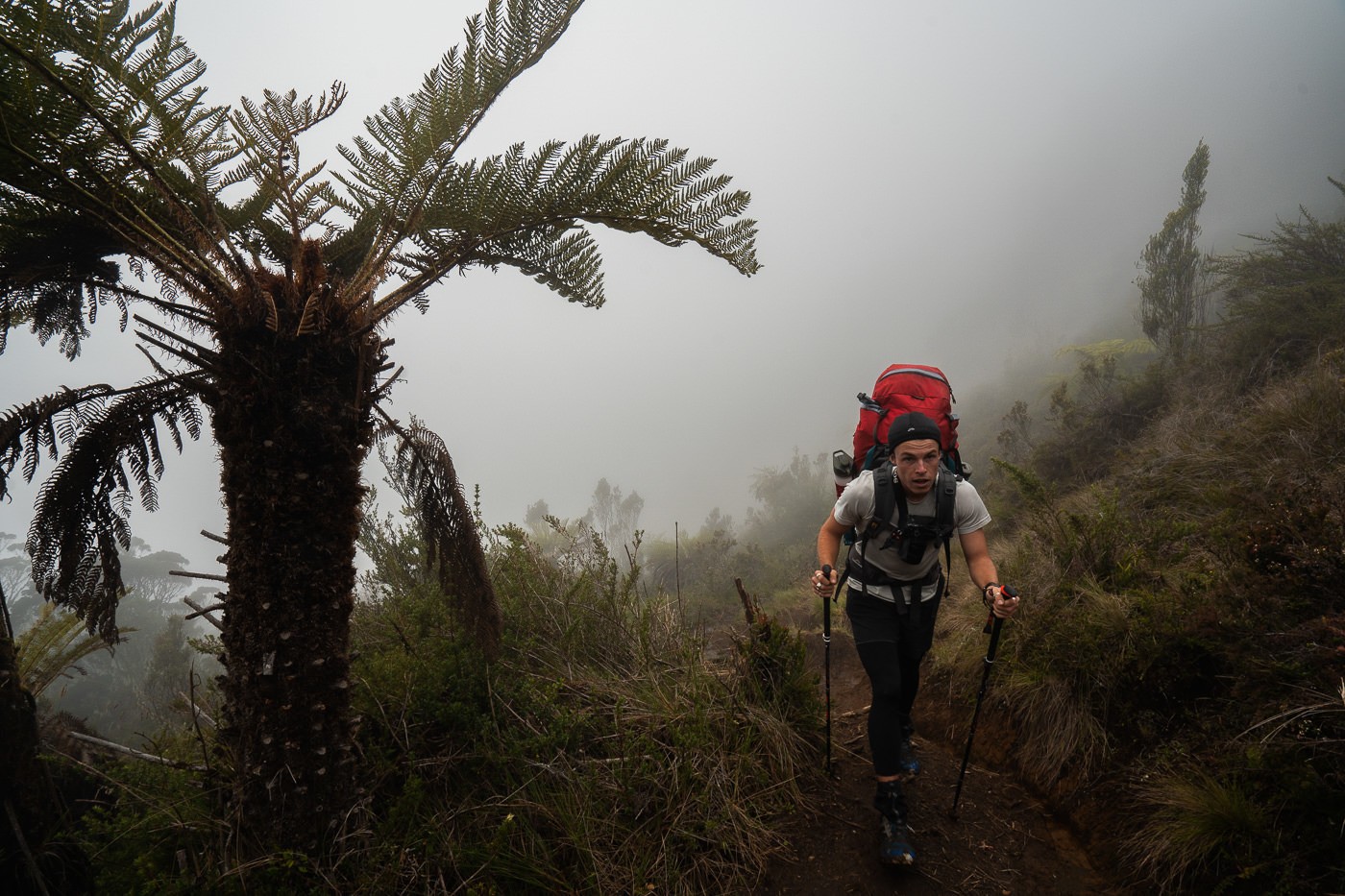 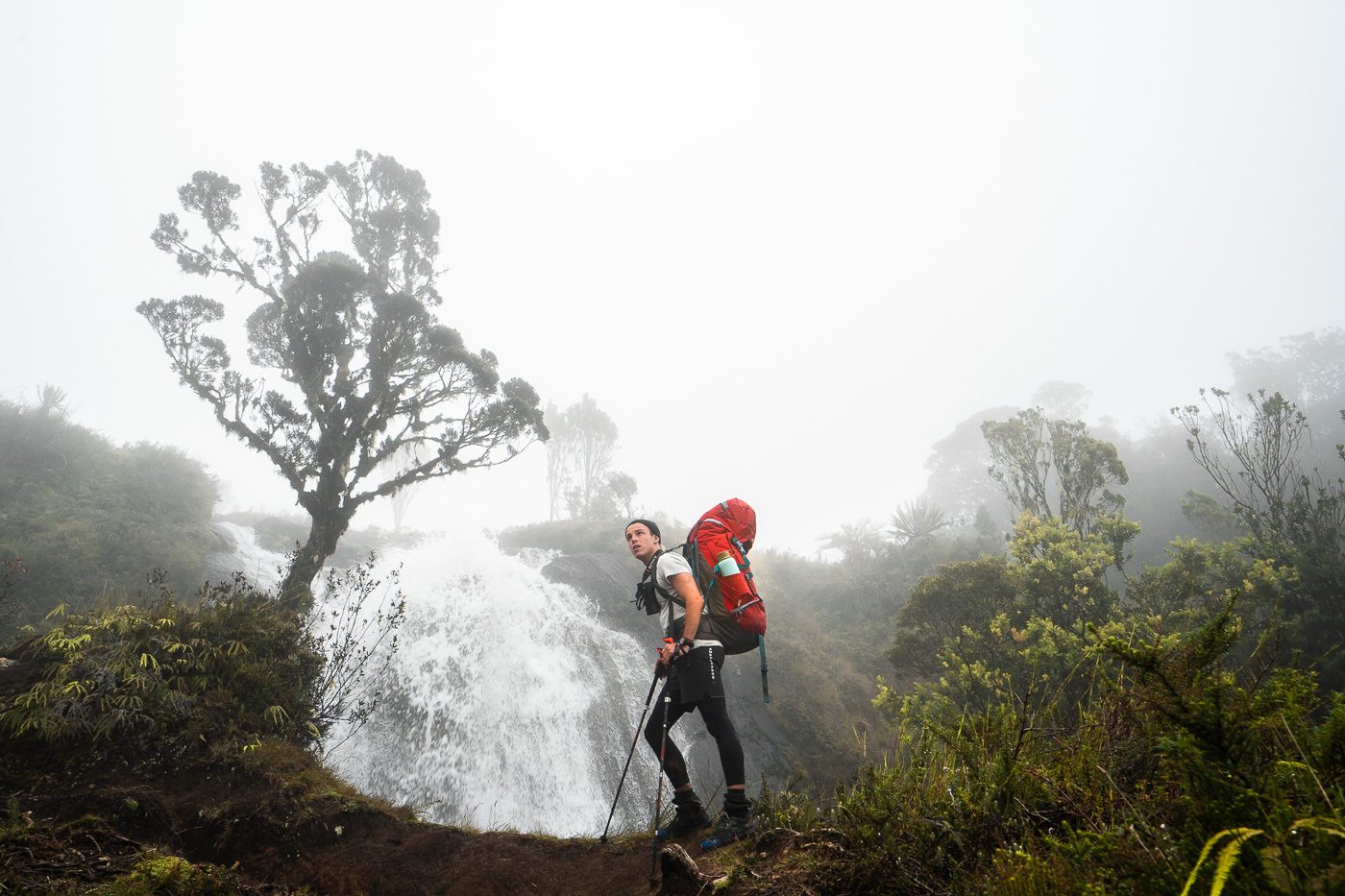 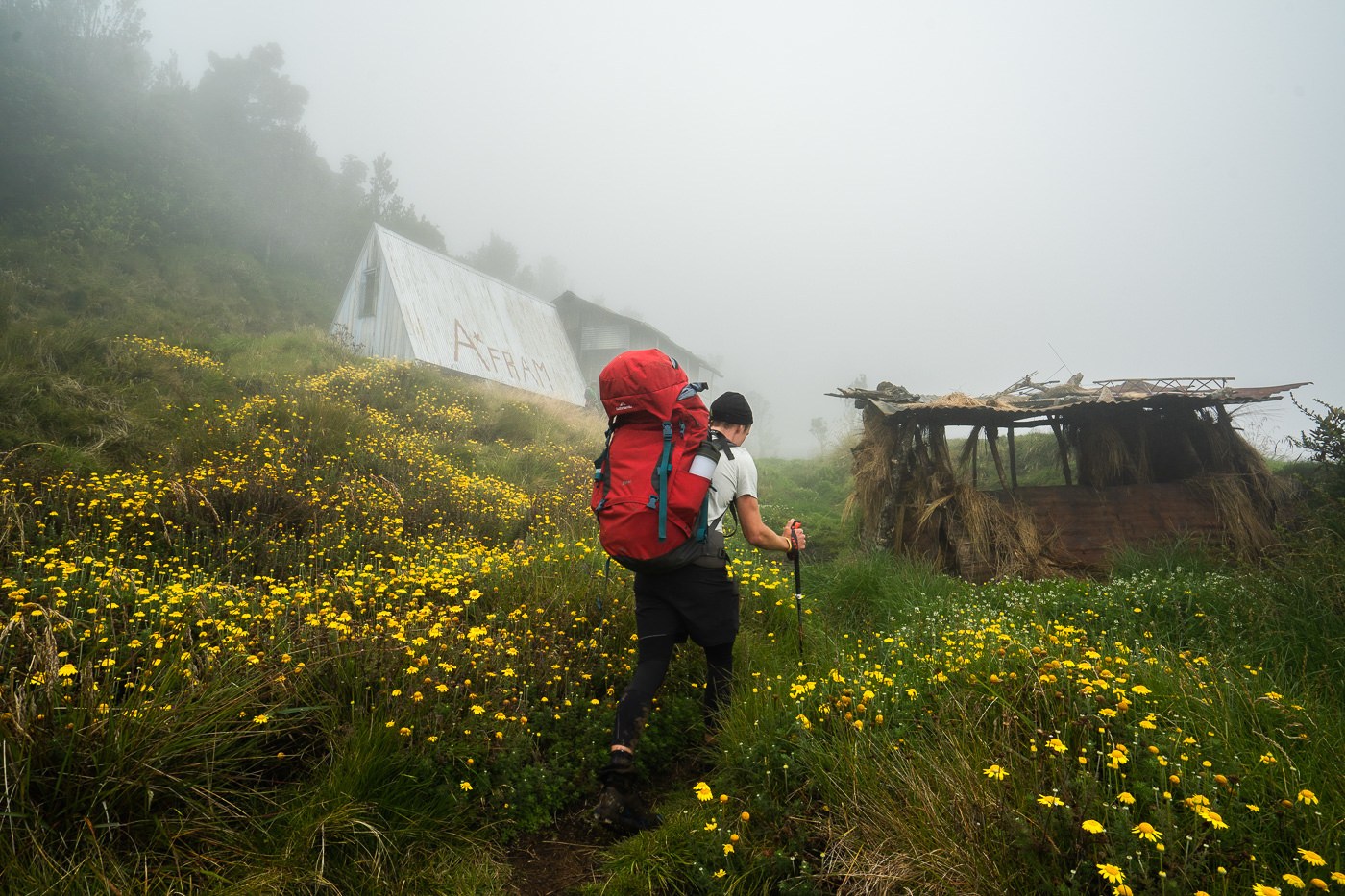 We arrived at base camp and spent the afternoon having coffees, sitting in the smoke den trying to warm up next to the fire, and watching as the fog came and went. For a few moments, we could see the entire lake and the beautiful region next to the base camp. 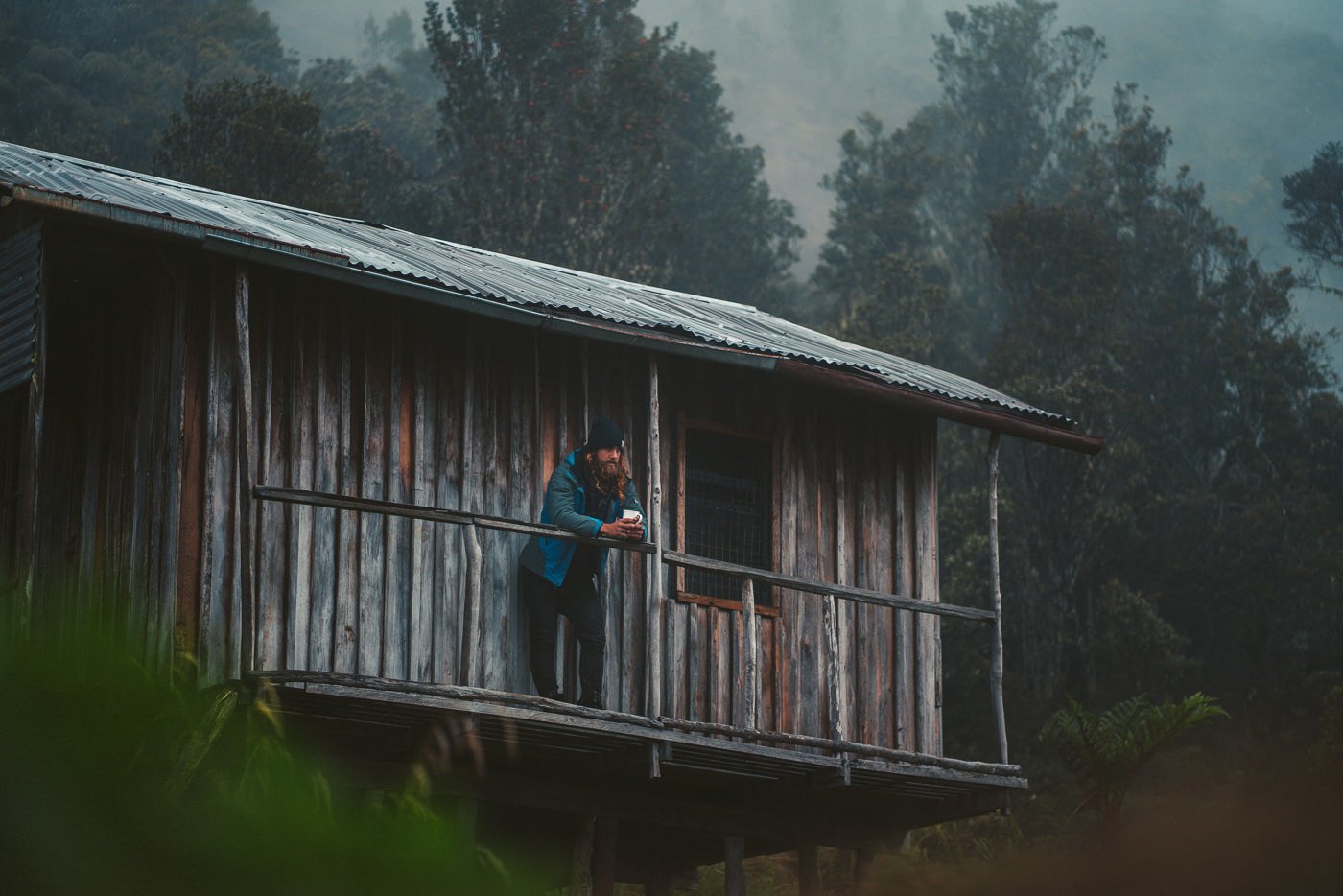 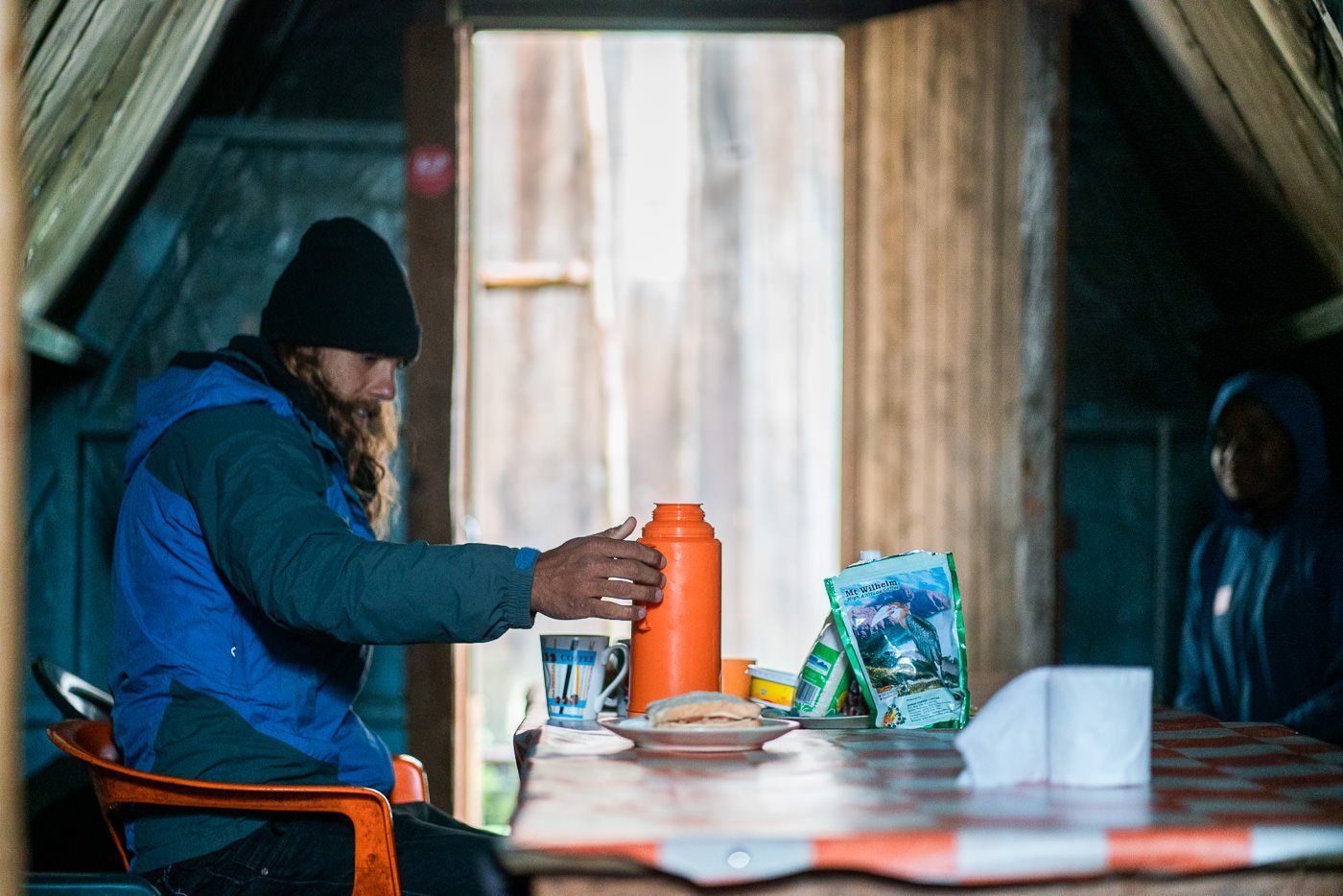 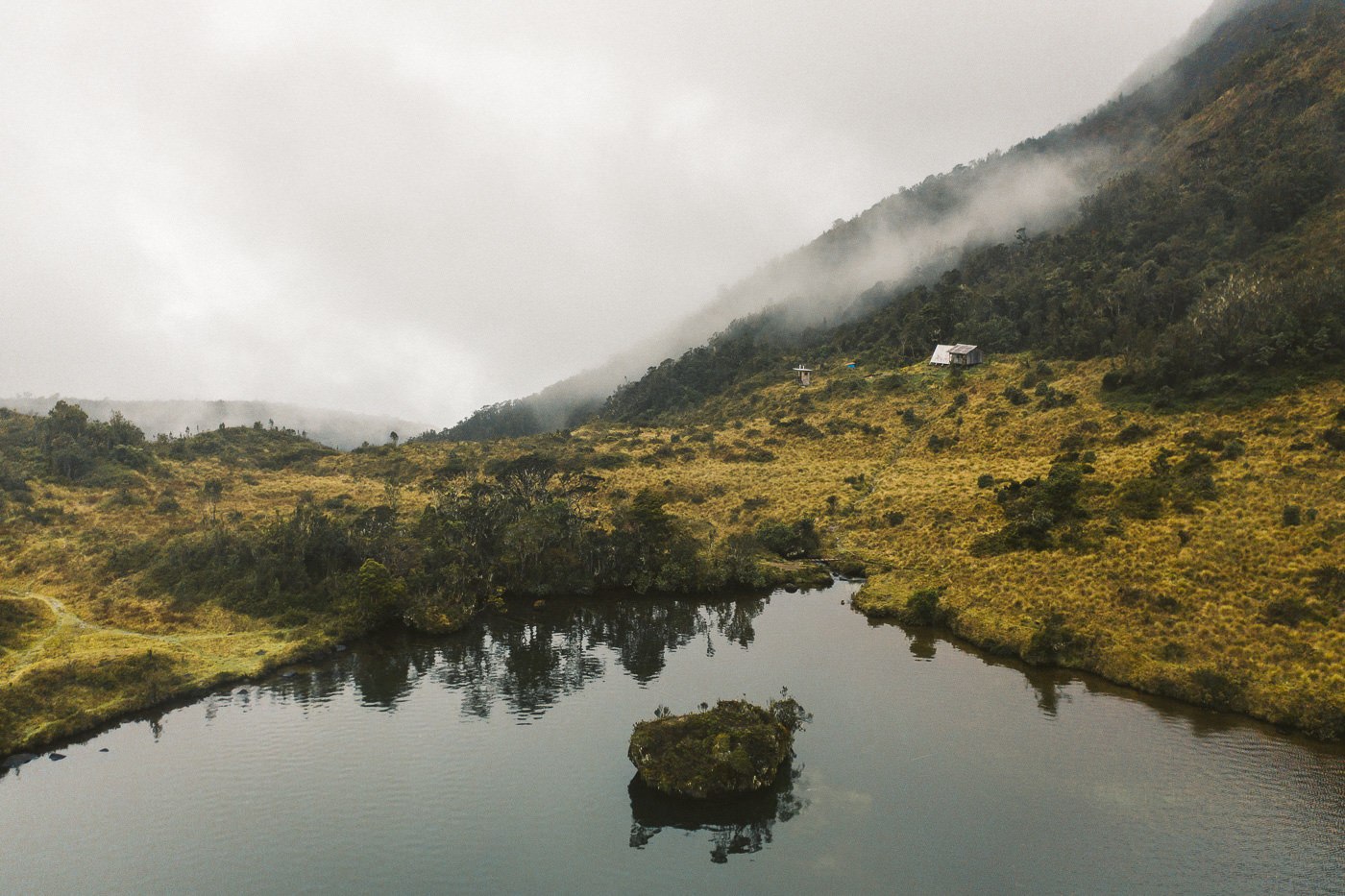 The night was freezing, I slept in four jackets, three pants and two socks inside my sleeping bag. I managed mildly sufficient warmth.

At 130:am we woke up, had a quick porridge and tea and then headed off into the darkness with head torches mounted on our beanies and a determination to reach the summit. The morning began at 3,500m so the effects of altitude were always present but after a couple of hours, they began to hit me. At 4,200 I was struggling with a headache but kept pushing on as we were almost at the summit. By the time we reached the summit. Alas, we did reach the summit. However, it was a double hit because my headache woes were paired with a ‘full sock’ whitewash scene. We were inside a cloud and couldn’t see a thing. We quickly took a photo at the summit to prove we were champions and then scurried down out of the rain. 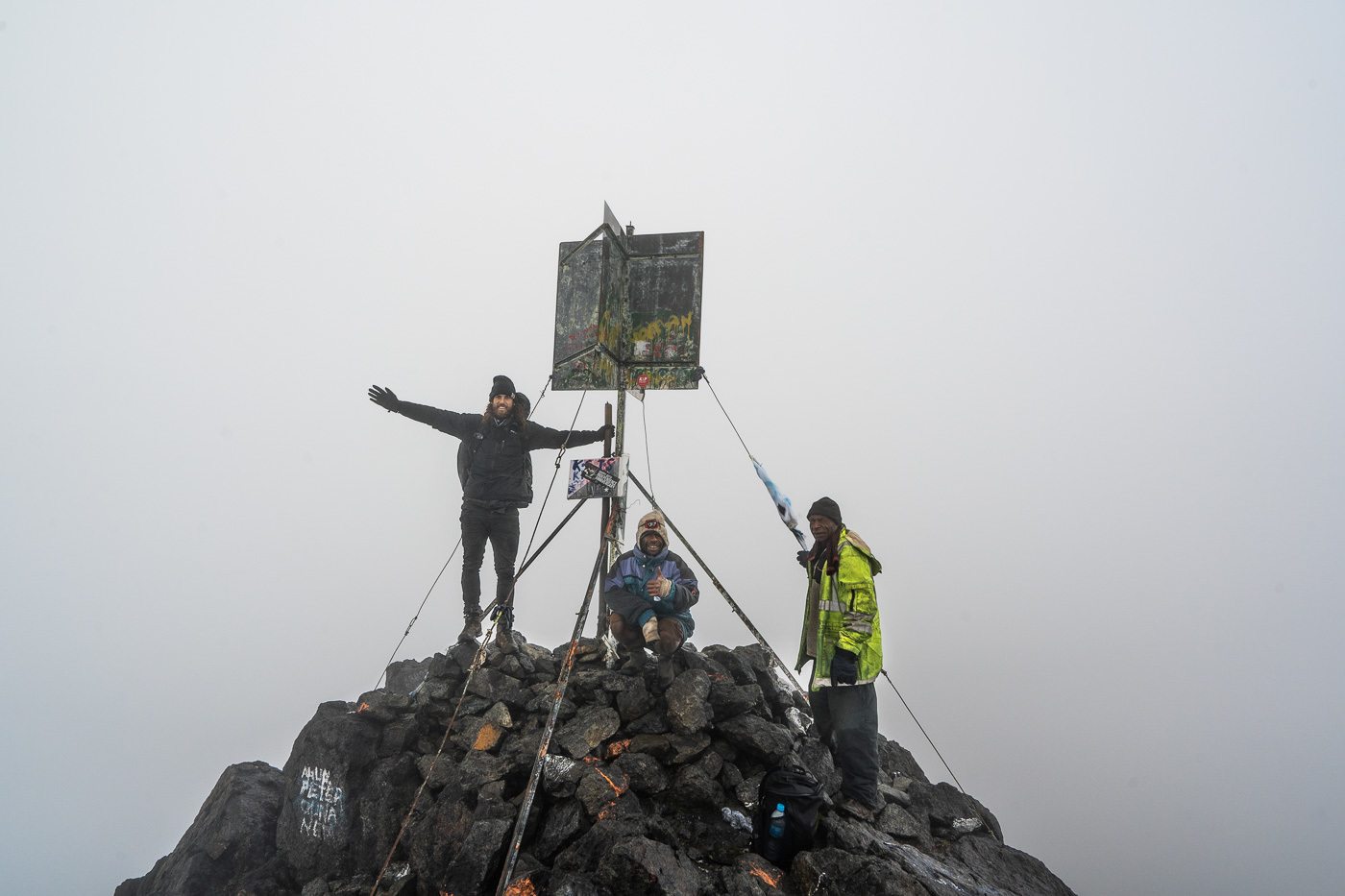 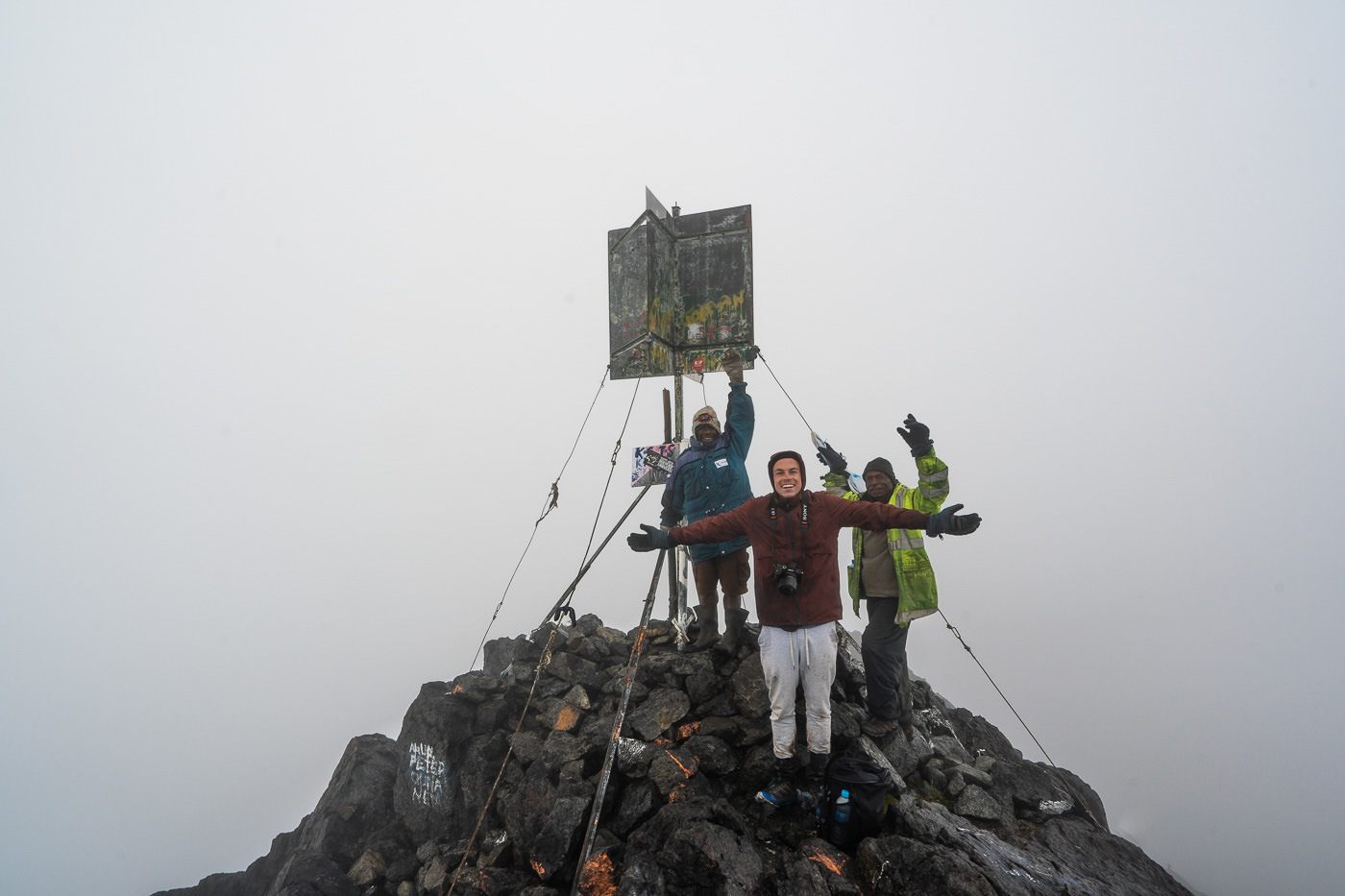 My altitude sickness was now kicking my ass as I made a few falls and staggered my way down the very slippery, rocky path. Once back at basecamp, my head cleared and we celebrated the summit adventure although we were a bit disappointed not to enjoy a good view at the top. That’s how it goes sometimes. 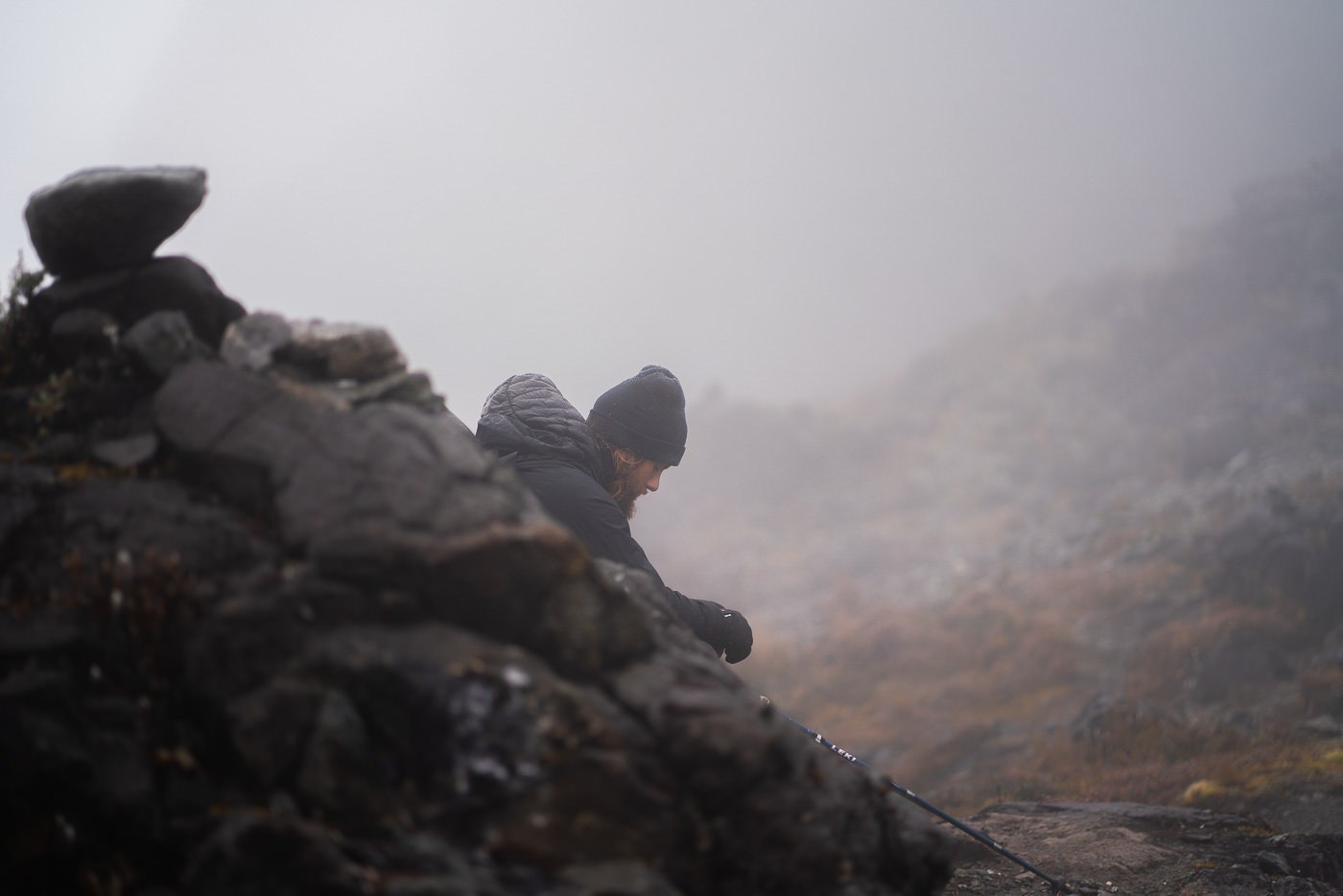 After a quick cup of tea at basecamp, we headed back to Betty’s Lodge. We totaled 2000m of incline and 2000m of decline over 30 hours during the expedition. The conditions of the trail meant that I would probably double those numbers in terms of the effort that was required per step compared to a regular trail with each foot placement requiring full attention to detail or you would end up sideways. I found this out the hard way. Twice.

Thanks to Lukas and Roy our two guides for being legends, showing us what ‘tough as nails’ looks like and keeping us safe. 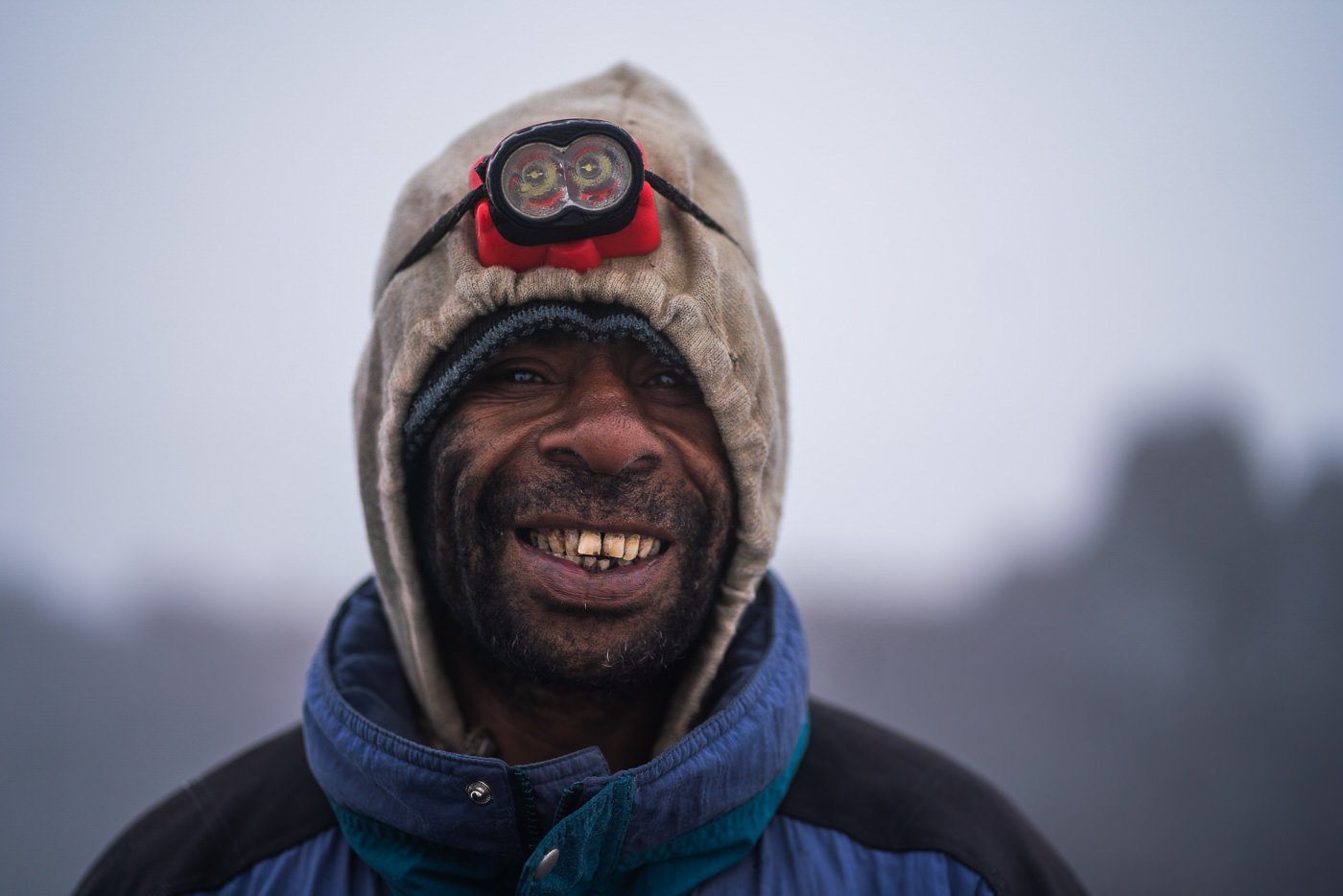 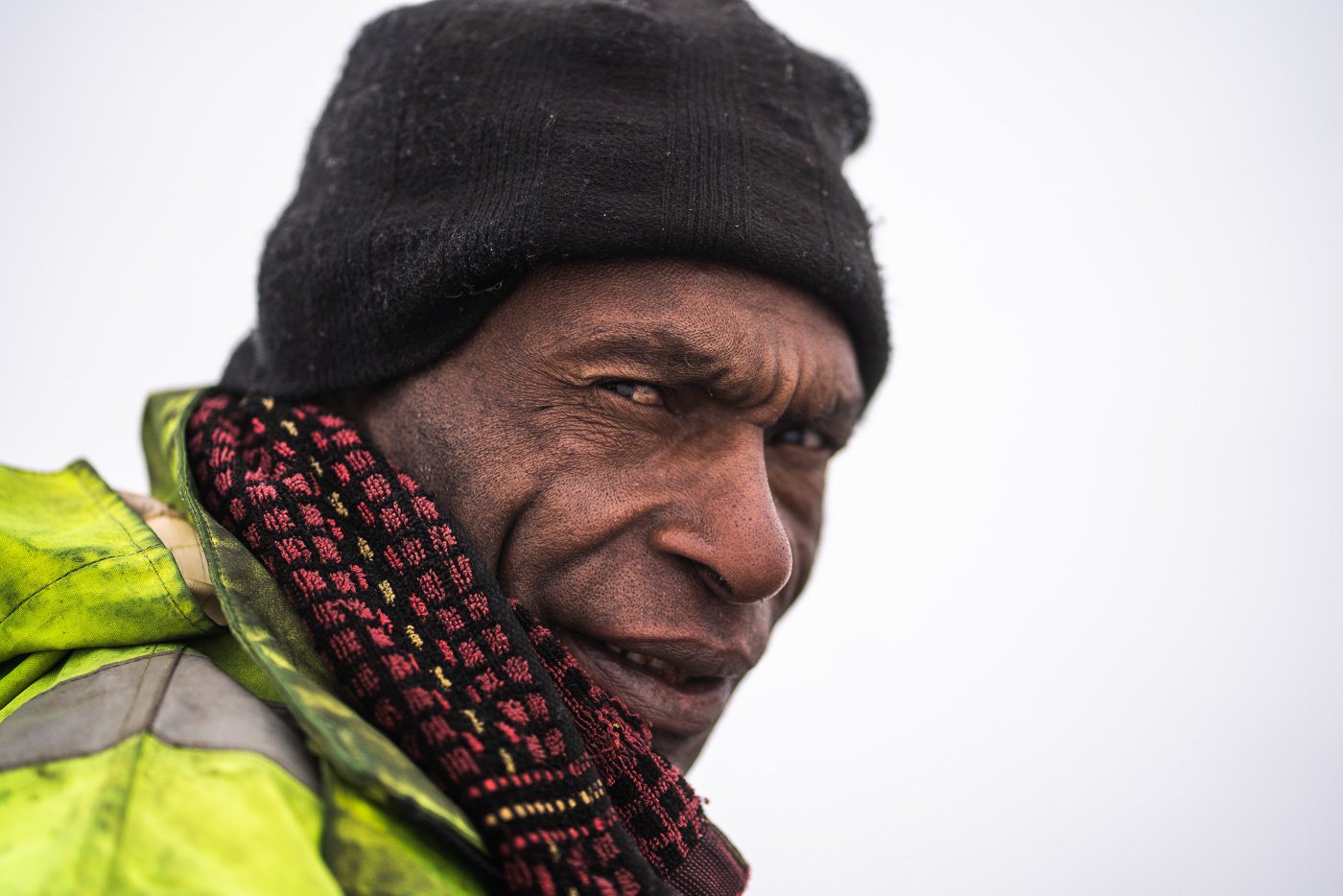 Despite the cloudy conditions at the summit, it was a great adventure and very remote, as are most of the places in Papua New Guinea. After two weeks of climbing and hiking being the primary focus, we now shift towards the coast to do some free-diving, volcano hunting, scuba-diving and island hopping.

Let the adventures roll on.