Our final day in Alor began with a quick breakfast at the hotel after a short five-hour sleep. Daily blogs and editing hit you hard on a media trip like this! Our plan for the day was to make two dives and then head to a local market before dinner. Not a bad way to end our time on Alor.

We cruised out to the first dive spot, tanning a little too much during the one-hour journey. As we arrived at the first spot, the current was crazy. Whirlpools and streams were going in a hundred different directions and it was going to be too difficult to dive. However, the local fisherman had no problem maneuvering their wooden canoes about. Go figure. 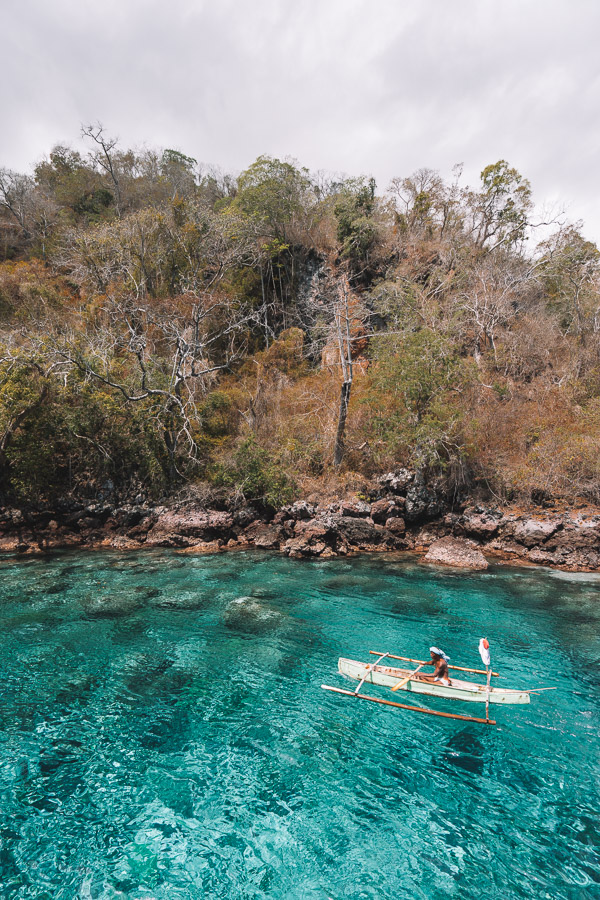 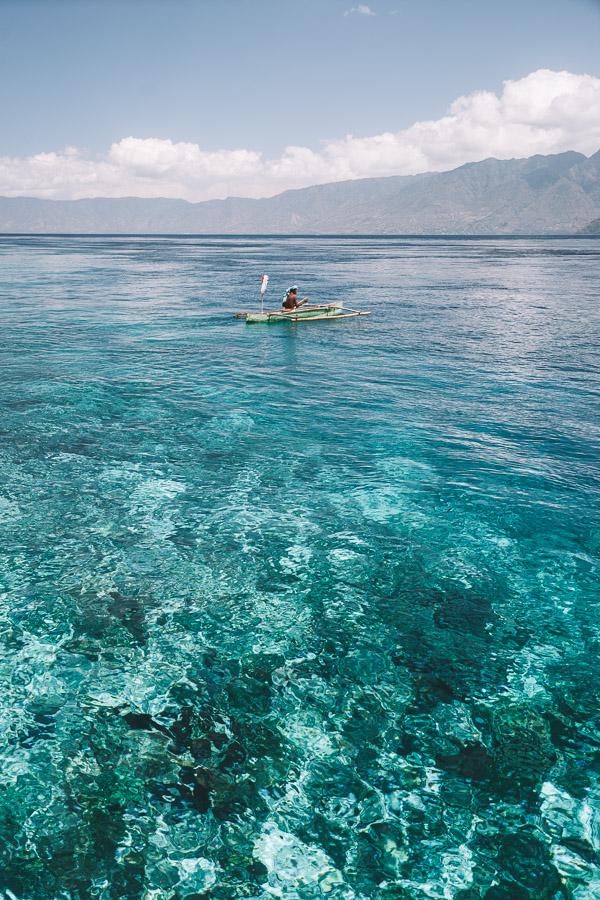 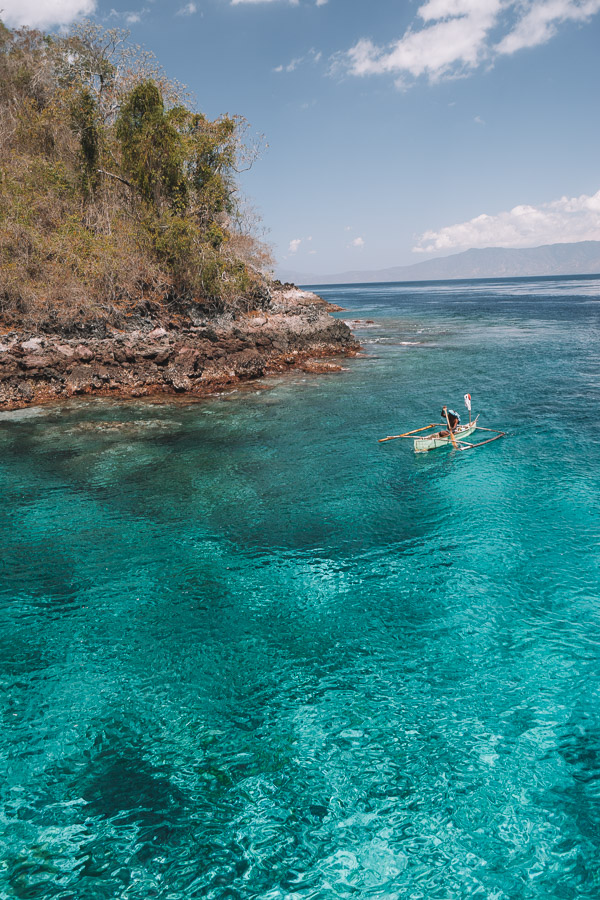 We finally made it to a calm dive spot called ‘Clown Valley’, at about midday. We anchored the boat quite close to the shore, where a bunch of local kids were hanging out at the dock waiting for some action, we were it. They swam out to our boat, with eyes full of curiosity and uncertainty. 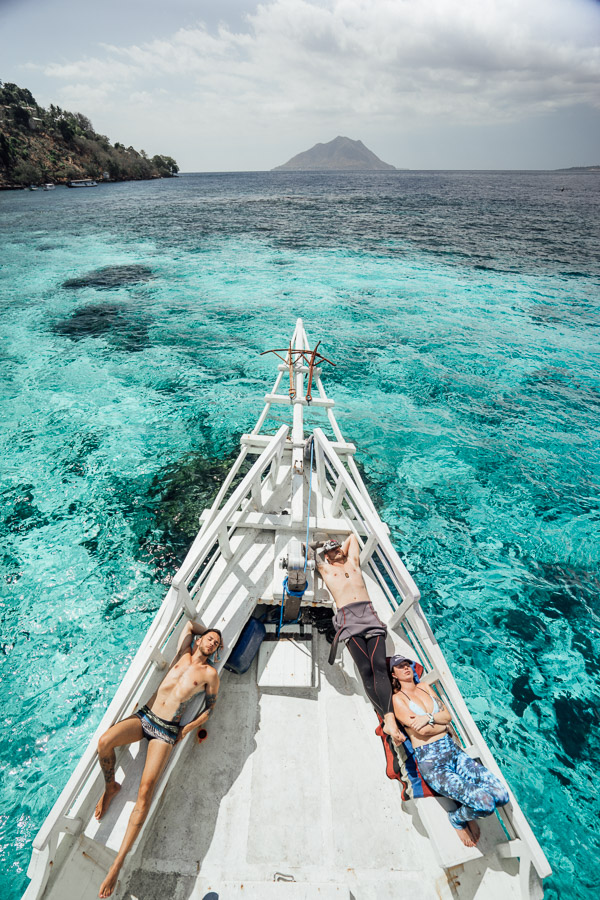 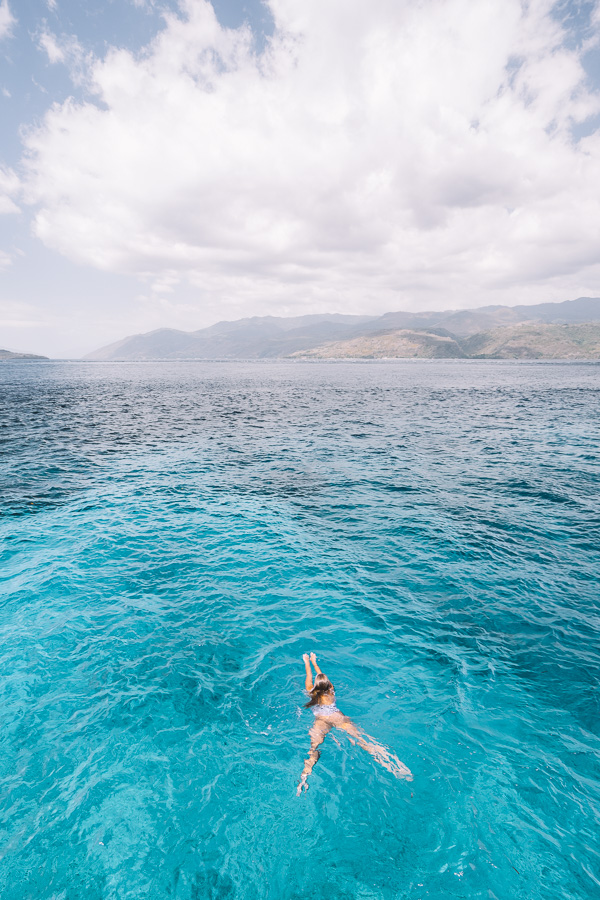 Before any chill sessions with the locals, we headed down into one of the world’s most densely populated anemone dive sites. This also meant that thousands of fish swarmed the area. It was my favorite dive of my ‘career’ so far. The water clarity was awesome, which is Alor’s trademark. 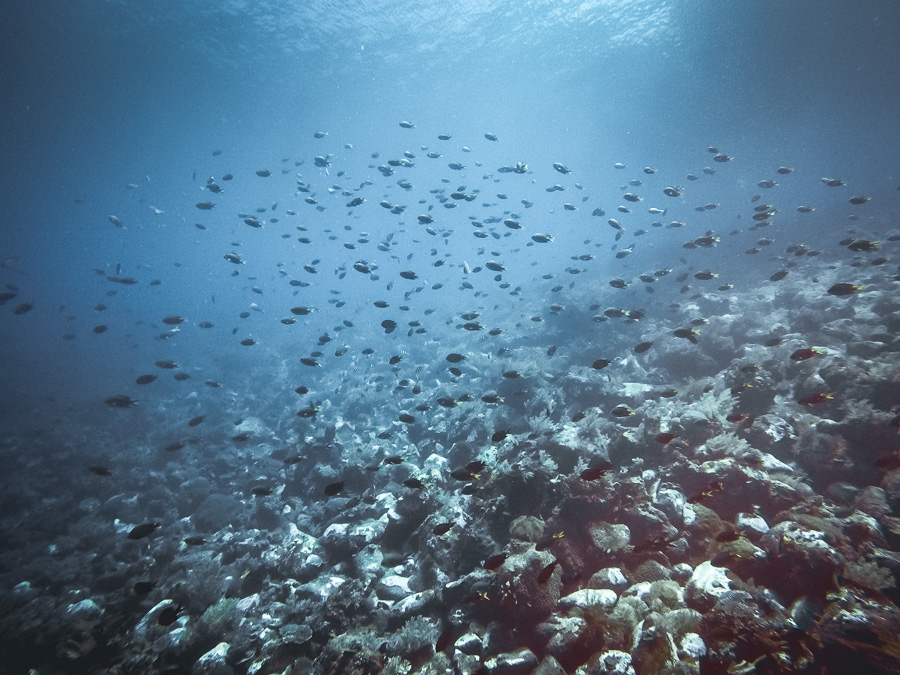 When we surfaced, shivering from the cold water despite the strong sun, the kids were waiting. Before long we had half the town aboard our boat. I sat on the back of the boat with about ten young lads who quickly memorized the locations around the world in which I got each of my tattoos. We sent a few backflips, and chatted while the boys investigated my hair, beard and just about everything about me! 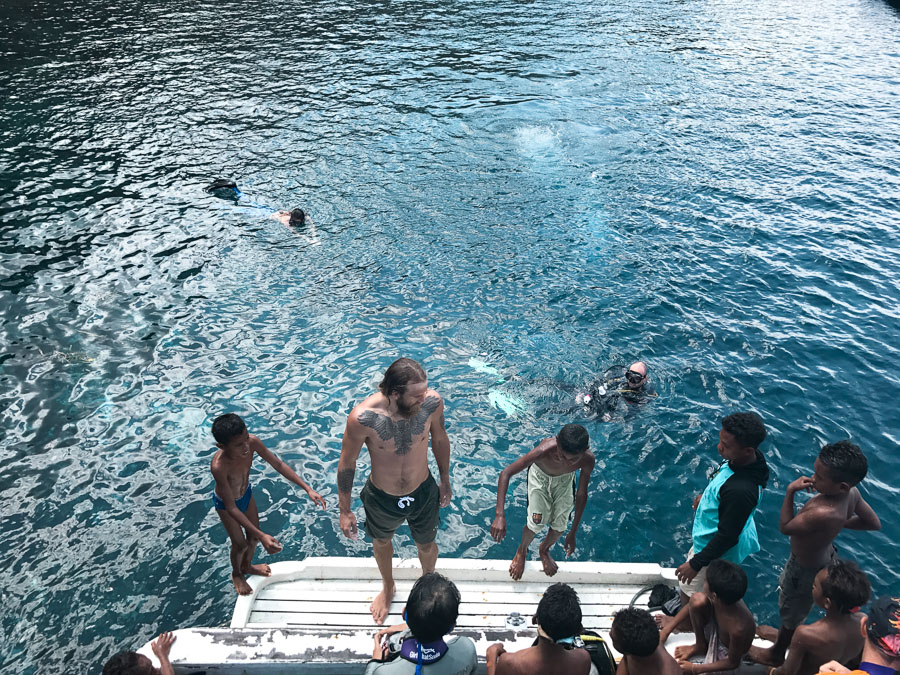 Sad to have to leave we headed to our second dive site, which had a huge drop-off wall. Some of the other divers in front of me spotted a reef shark but I’m still yet to spot a shark underwater. Pictured below is my dive buddy David, from Malaysia, operating his underwater rig. 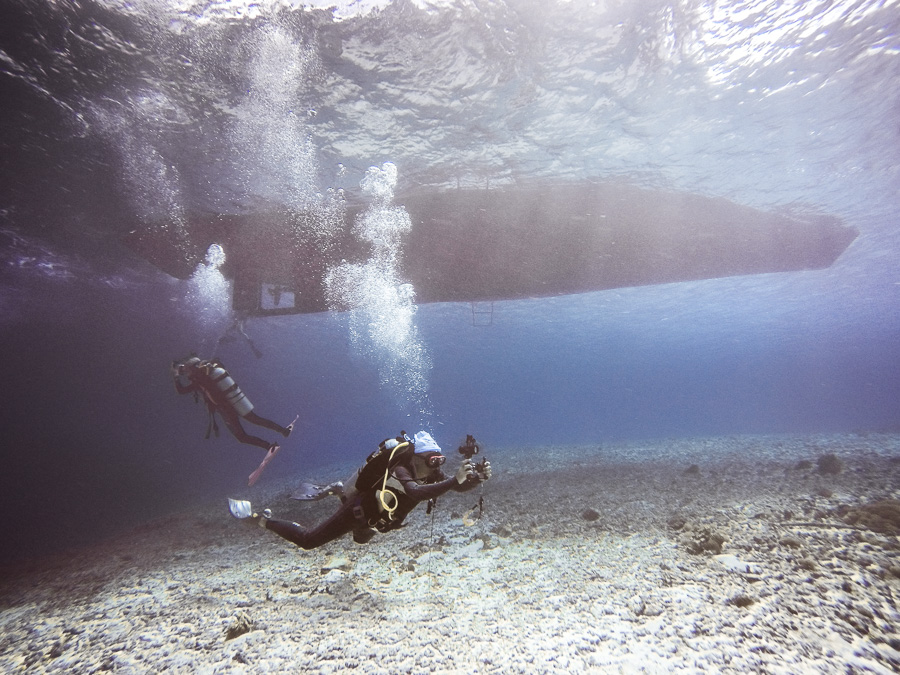 We arrived back to the town in time to visit the local market, which was more or less closed except for a few vendors still trading. Many other women sold fruits and vegetables on the side of the road out the front of the market. While most of our group was trying a local chewing gum (betel nut), I wandered the streets meeting the curious and friendly locals. I shot all of these market photos on my Sony A7ii and the 55mm 1.8 Zeiss lens. 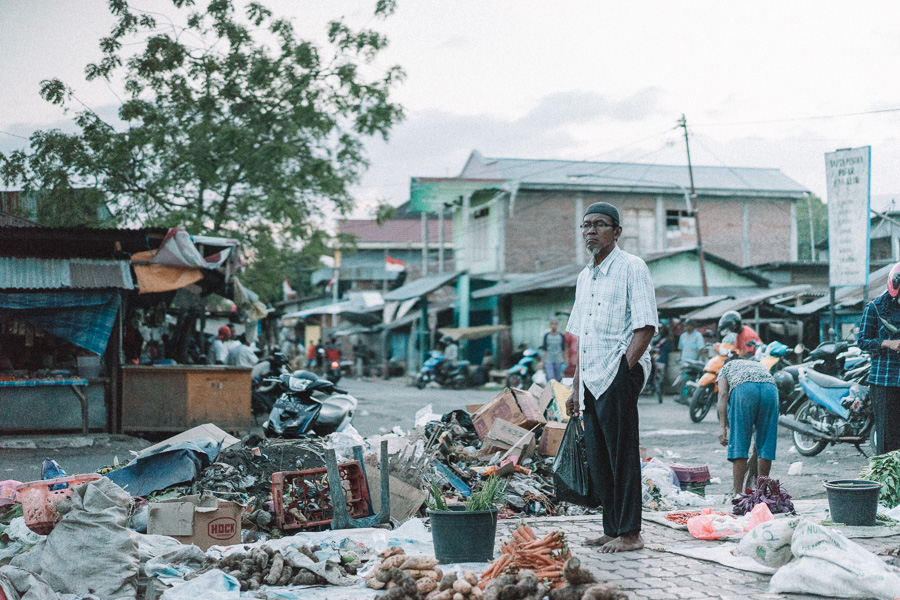 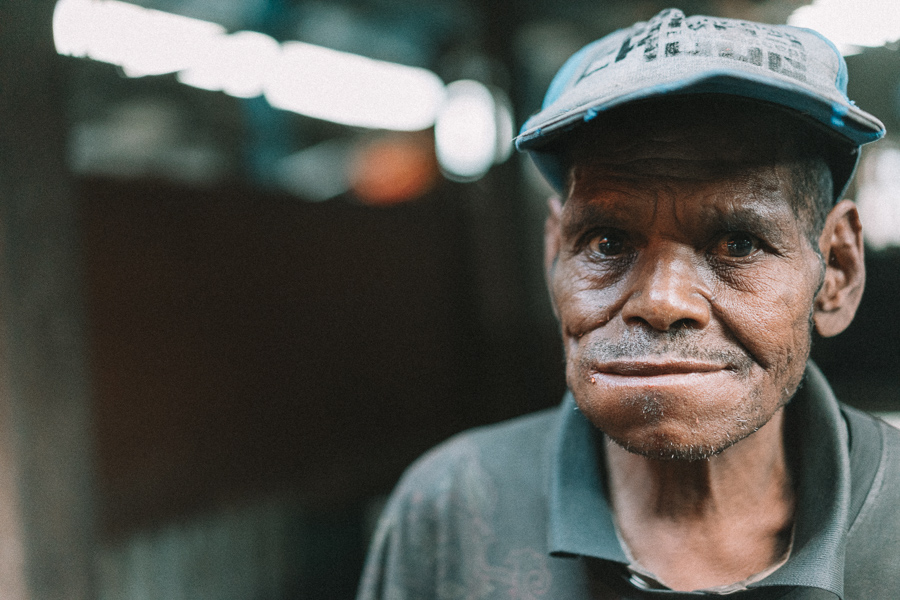 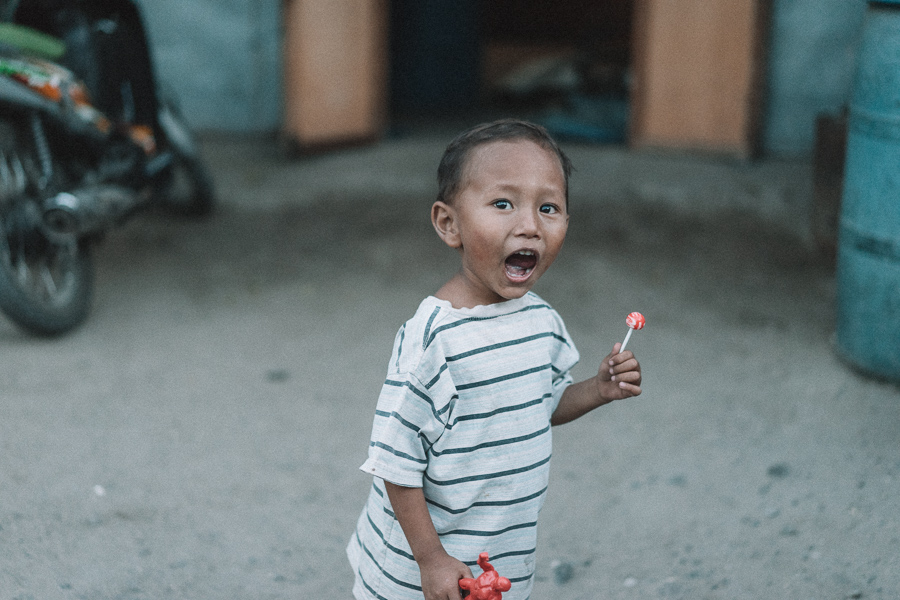 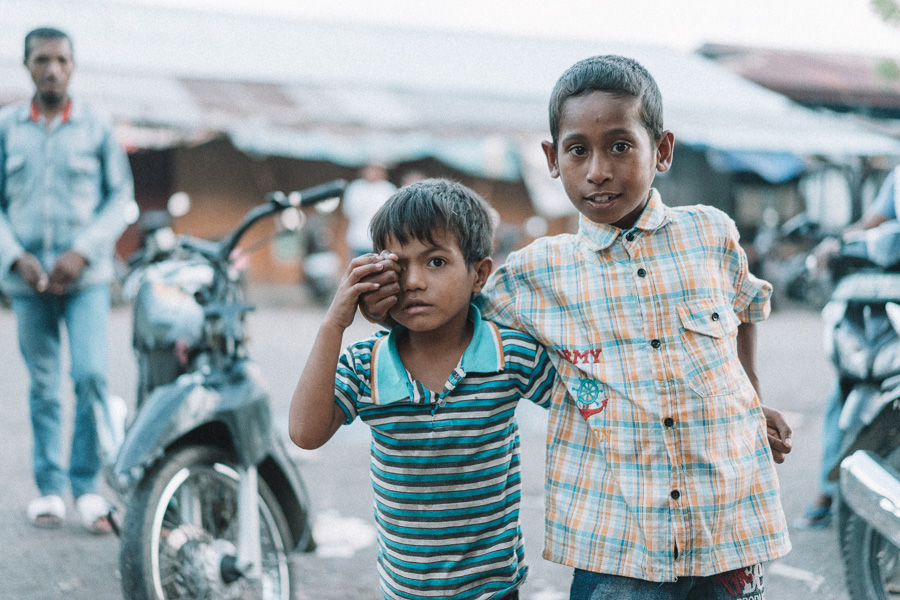 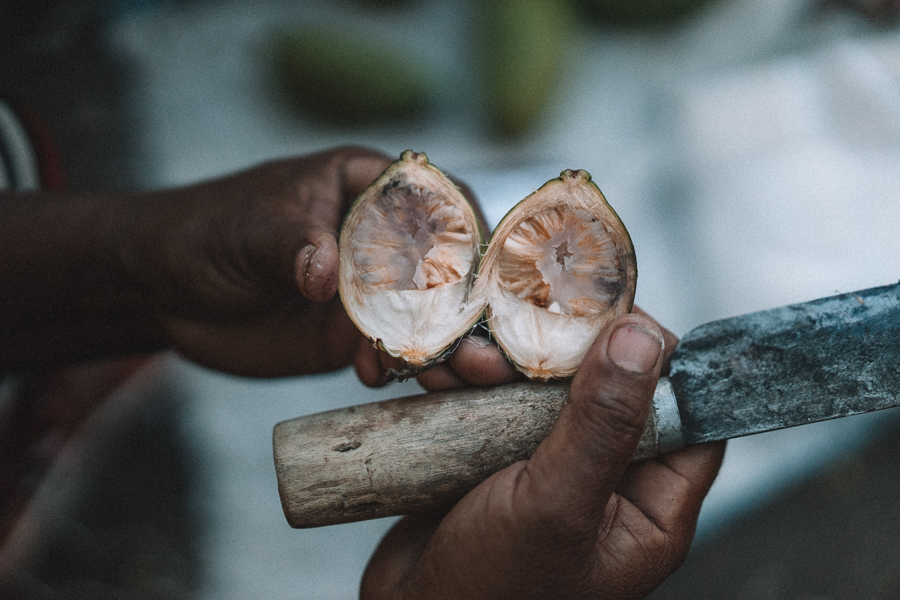 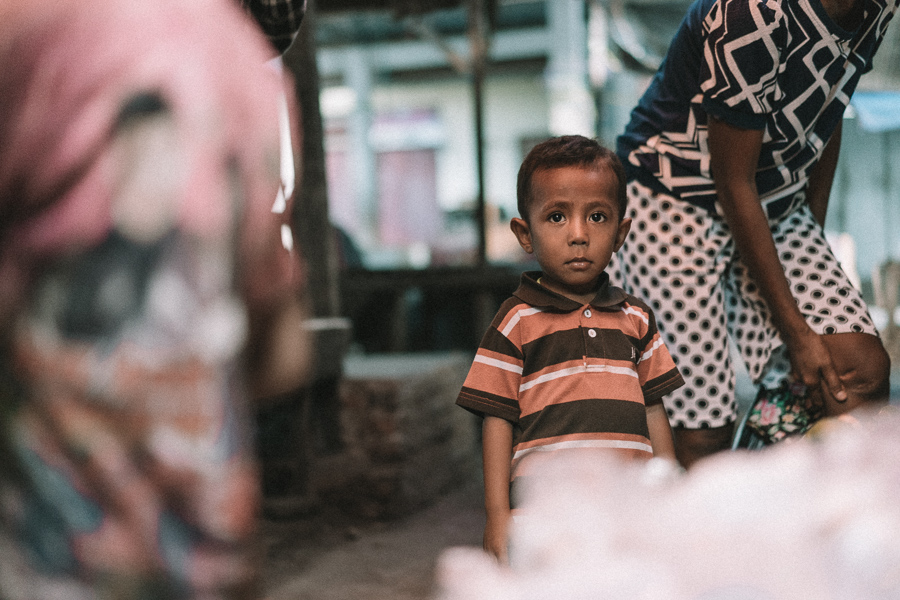 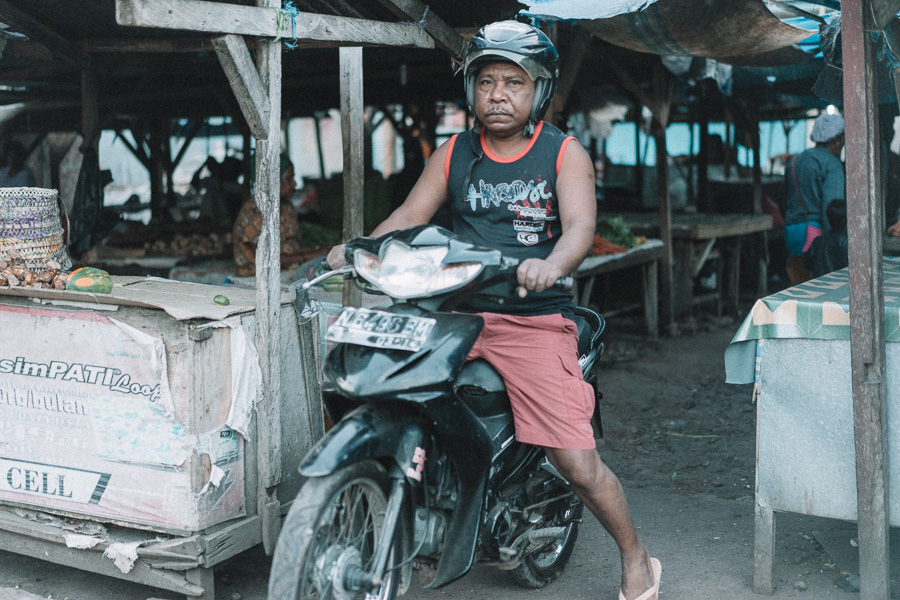 Tomorrow we fly out of Alor and head to Labuan Bajo. We are going to be staying a live aboard for the next few days in Komodo, one of my favorite places in the world!