Two years ago I hit publish on the Journey Era blog. Little did I know, the moment my finger clicked that button would change my life forever.

I was living on Oahu, a tropical island in Hawaii. I was in the last semester of my journalism degree. Sitting in the back row of classes, I found myself disenfranchised with the monotony of the majority of my education. I took a class in web design and sucked at it, but began building my blog on the side.

I was a huge rookie with a camera and didn’t know a thing about how to make a blog or why anyone would possibly want to read mine.

For three months, I spent every spare moment designing the blog while simultaneously building up my social media channels and learning as much as I could about blogging.

I have a theory. If you put every ounce of effort into one direction and one passion, it becomes very hard to fail. Failure is still possible but it has to fight against all of the positive energy and effort you are throwing at it. If you make your dream an uphill battle for failure, you give it every chance of prevailing. By nature, I put my heart and soul into this project and I still do to this day.

In April 2016, the first month of Journey Era, I published 20 articles. The blog was viewed 12,000 times. I graduated that month with my degree in Journalism, packed up my entire life into a backpacking bag and set off to explore the world.

The first stop was Indonesia, which was fitting.

Not many people know this story but I tried to become a travel blogger once before Journey Era. I didn’t have a blog yet but I traveled to Bali by myself and rented a motorbike. I planned to circumnavigate Bali and write a story about it. I carried a little notebook and wrote things down as I traveled. I’m not sure where I intended to publish this so-called ‘blog’ but on day two I crashed my motorbike, knocked out two teeth and put eight stitches into my chin. I went home to Australia for surgery and the blog never happened. 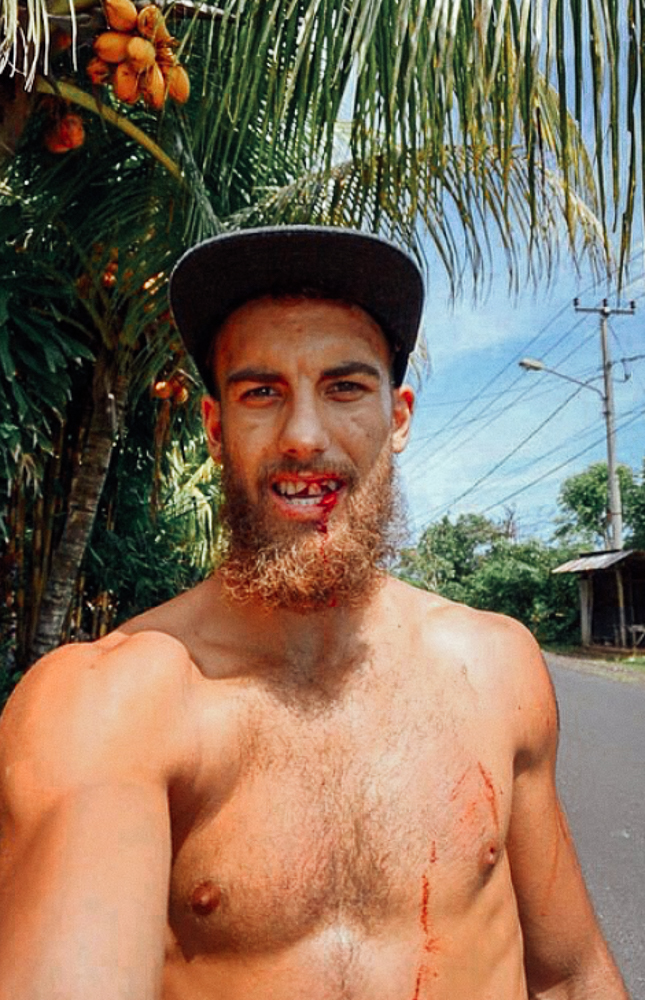 This time I had that initial Bali experience, albeit a bad one, under my belt. I was going to be a digital nomad. I would adventure on some days and work on the blog during others. A simple plan that proved to be much more difficult than it sounds when you add an incredibly tight budget into the plans.

The blog had grown to 15,000 page views in the second month and I had been invited to my first ever press trip. After two months of blogging, I was invited to tour Indonesia with the Tourism Board and other bloggers for two weeks. It was a surprise. I was paid $1000 USD and couldn’t believe someone was paying me to have the adventure of a lifetime and share my stories and photos with the rest of the world through my social media channels. This trip introduced me to many seasoned bloggers and creators who taught me a lot and pointed me in the right direction. 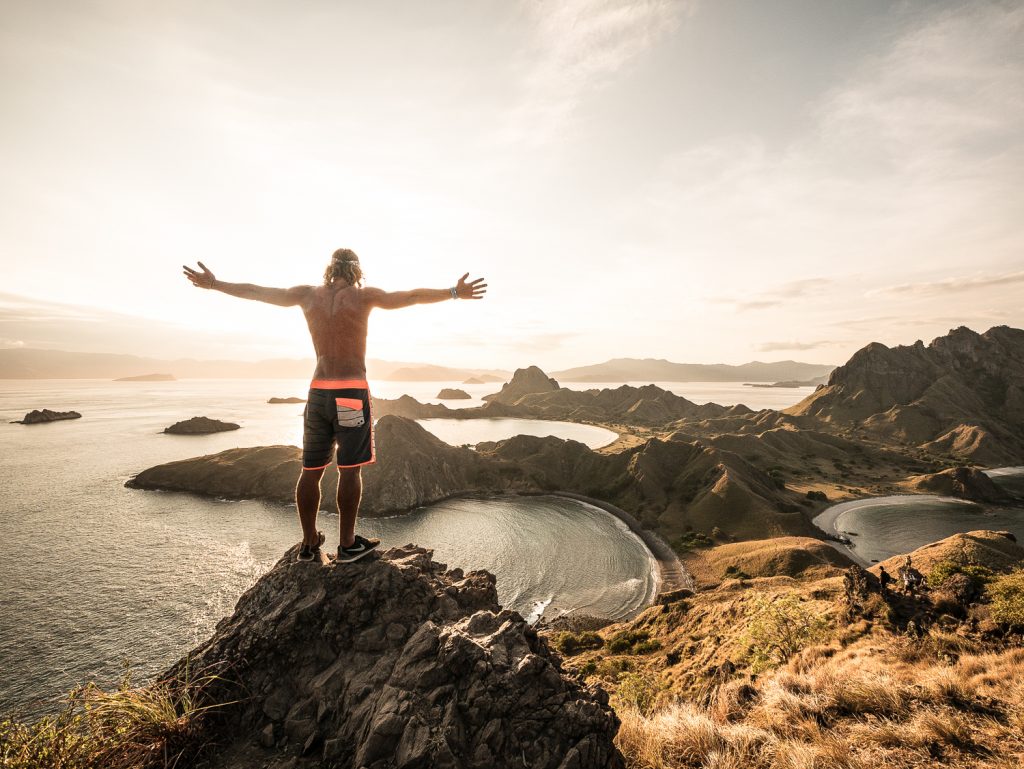 After this trip, my relationship with Jess, my girlfriend at the time, ended. She had originally started the blog with me and you can still see some of her blog posts and photos throughout the blog.

The blog was now four months old and was receiving 20,000 views per month. It hadn’t earned me a cent but I was doing content creation on Instagram and also managing a number of Instagram accounts as my side-hustle. I shot content for bracelet companies for $8 a photo. I was hustling to stay afloat. my Instagram feed was looking like fun though!

My goal had always been to earn $800 USD per month as I knew I could live off of that easily in most Asian countries. I achieved that goal through my content creation and Instagram forays during every month except one for my first year on the road. 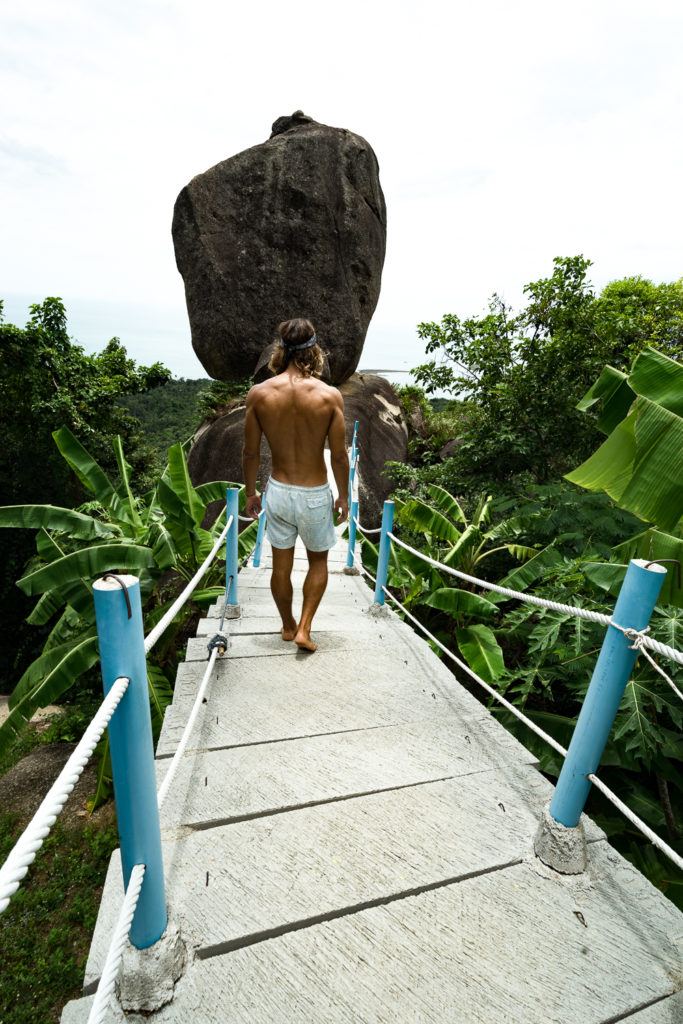 By the end of the year, I had backpacked throughout Southeast Asia on the popular tourist paths to countries like the Philippines, Cambodia, Laos, Thailand, Indonesia, and Vietnam. I had never spent more than $800 USD in a month. Still to this day I have never spent more than $12 USD on a hotel, hostel or homestay.

The blog had reached 50,000 page views per month by the end of 7 months on the road. I headed home over Christmas and then set off again in the new year. This time I felt like a seasoned traveler. I was no longer the rookie and I traveled to India, Sri Lanka, and Nepal.

I trekked Everest Base Camp and survived the sweltering heats of the Indian summer in Varanasi. Every day I was overwhelmed with new sights, foods, and cultures. My days felt like weeks and my months felt like years. My life had become a sensory overload in the best possible way. I was living. 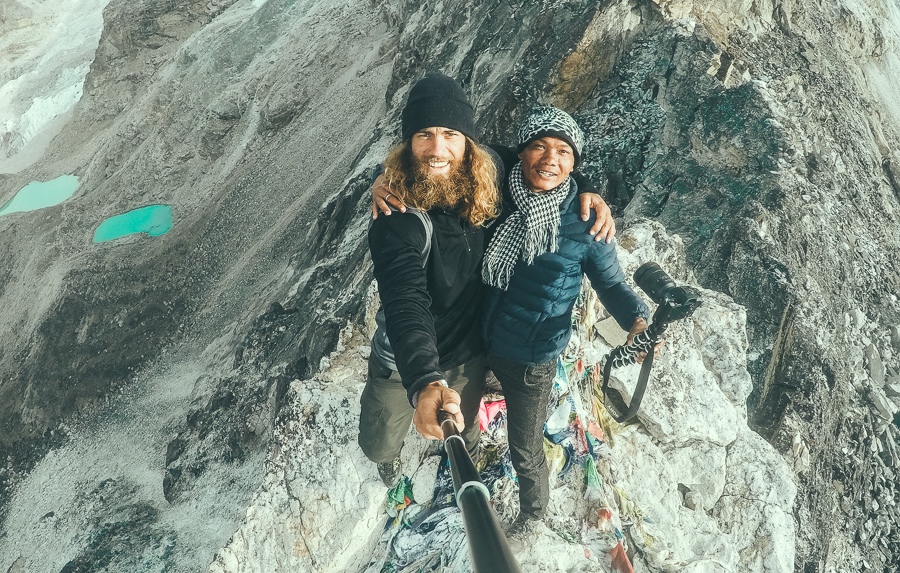 Exactly one year ago when I wrote about my first year as a blogger I felt like I had been traveling for five years. Today it seems like ten. Life has never felt so full of adventure.

After one year of blogging, the Journey Era blog was being read 80,000 times per month. I was pouring all of my efforts into it. I still hadn’t made a cent from the blog and had been working intensely on it for a year.

When I look back on that process, I’m extremely proud of my determination in that period. That was a tough stretch of time. I trusted the process and although I had fears and doubts, I knew that you reap what you sow. To have blind faith in yourself and to believe in your dreams is an amicable thought, but seldom put into practice.

I remember sitting in a cafe in San Marcos, a lakeside town in Guatemala, and placing ads on the Journey Era blog. It had been 14 months of blogging and it was time to monetize the blog.

It was May 2017 and 100,000 views were hitting my blog per month and things were about to start getting interesting.

I was invited on a one-week trip with Royal Caribbean as a paid campaign. It was followed up by a campaign in the Philippines, Sri Lanka, and Australia. Build it and they will come had been the mantra from day one. 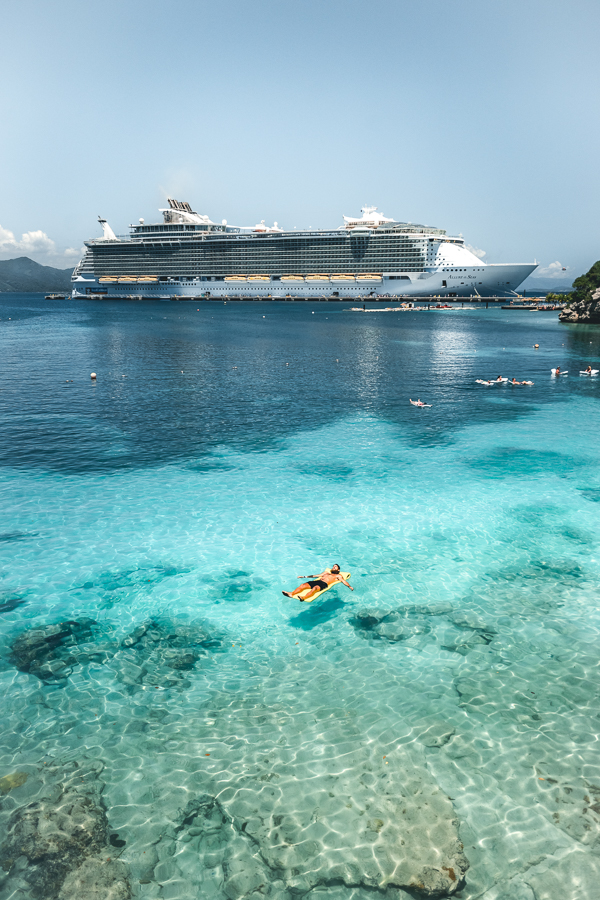 By the end of 2017, I had worked on numerous campaigns and fit my independent travels in between these campaigns. I was being paid to travel while on these campaigns and simultaneously working with other brands along the way. The blog was generating considerable advertisement revenue and I no longer worried about reaching the $800 USD a month target. However, I still cared little about money. I continued to live off less than $800 a month and it often was far less because of the campaigns I was part of.

I was receiving daily e-mails and messages on Instagram thanking me for inspiring them to chase their dreams or travel to a new destination.

I think a lot of you guys related to my story of feeling lost during the final year of university or school. The regular 9-5 doesn’t appeal to everyone but it’s hard to feel your way into an alternative path. In the end, you just have to pursue something relentlessly despite your doubts and fears. 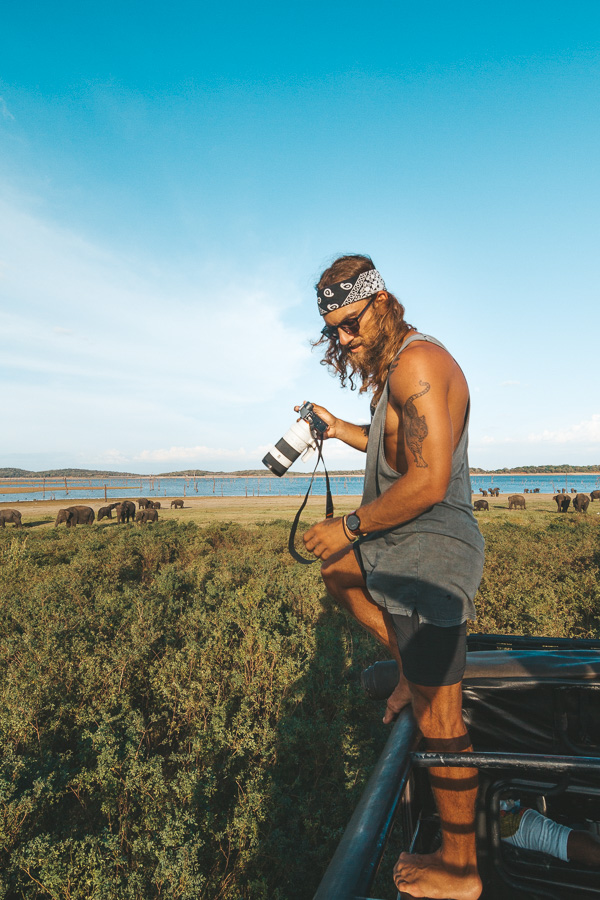 At the end of 2017, I decided I could help a handful of people by running a workshop. I ran the workshop independently, with no experience in organizing group travel for 10 people and no experience teaching. I threw myself into the deep end. More than 500 of you applied.

I picked seven up and coming creators who I thought had the drive to reach their goal of becoming a digital nomad by the end of 2018. I kept the workshop cost to a bare minimum. That was important to me. I didn’t run the workshop to make lots of money and it’s something I’m proud of.

The type of people I wanted on my workshop were people who didn’t have thousands of dollars to spend on a workshop but had determination. I wanted these seven people to be driven, adventurous and committed. That’s all I ever wanted from them. And I found them.

As a group of 10, we explored the Nusa Islands in Indonesia, adventuring by day and running workshops by night. It was exactly what I had hoped for. I helped this crew for months before the workshop and continue to work with them and help them on their journey to a life of freedom. This is something I will probably run annually for a select group. 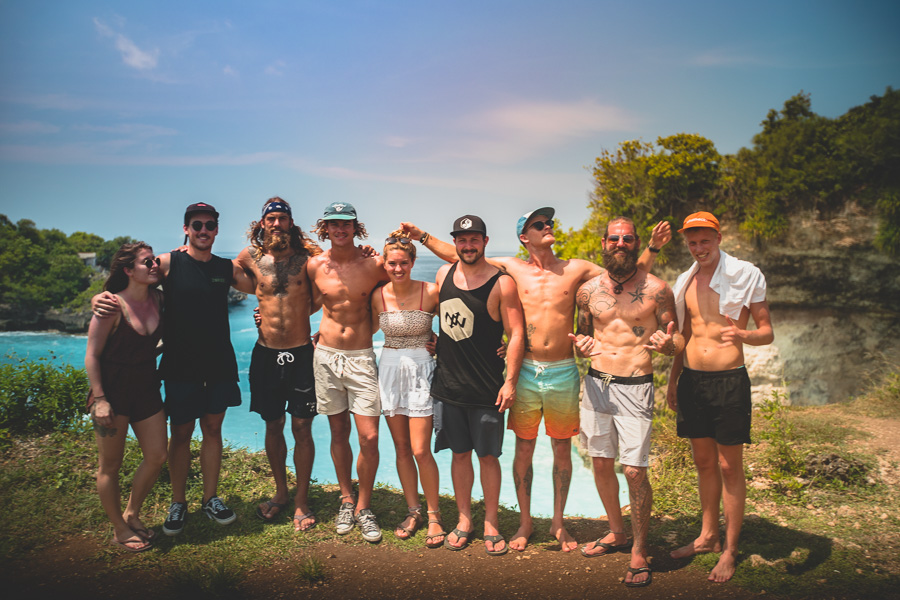 During the first part of 2018, I went hiking in Kauai for a month and also worked a campaign for the Tourism Board of Queensland on the Great Barrier Reef.

I continued to hustle incredibly hard. It’s something I pride myself on and I know it is the backbone of my progress.Throughout everything that has happened over the last two years, the most important factor has been consistency. In the hard moments, I have persisted. In the easy moments, I’ve kept my focus. 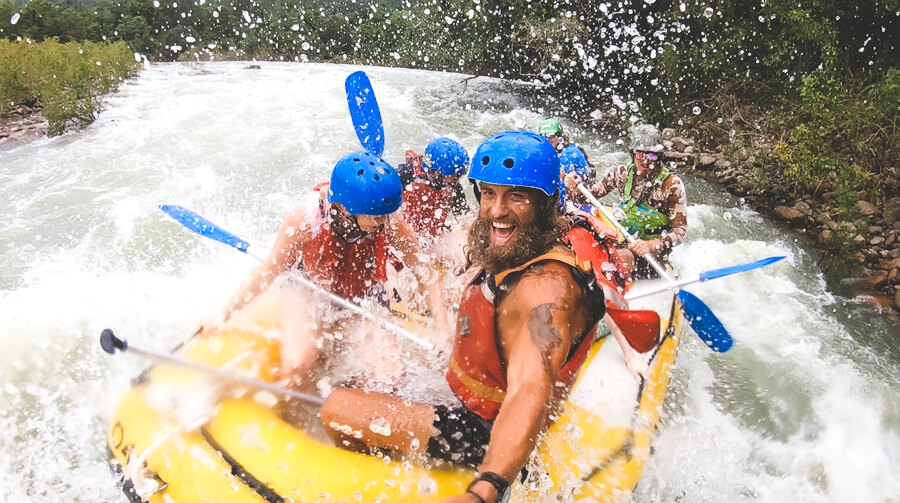 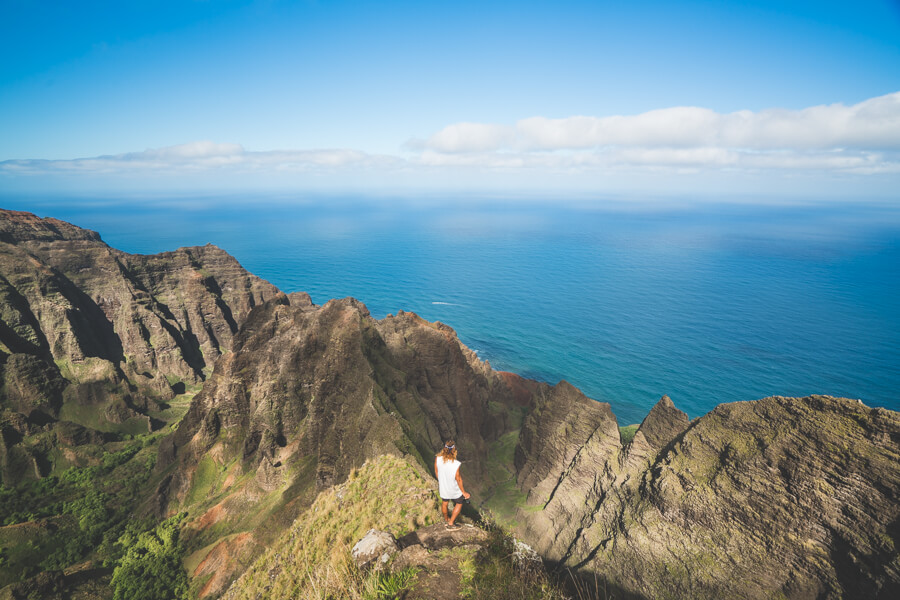 It’s been two years since I hit the publish button on the Journey Era blog. I’ve personally written almost 400 articles while non-stop adventuring around the world and now month my blog is viewed more than 330,000 times per month.

I always had this idea that I would never have much money. I was okay with that. The blog is now making six figures a year but I don’t spend a cent of it. It’s not what I’m on this journey for. In fact, I still spend less than $800 per month and $12 or less per night on accommodation.

I’ve built myself financial freedom through hard work and good fortune, but what I now have is the opportunity to make a change to how we all think. I want to put myself second and make a lasting, positive impact on the lives of others. As always, actions speak louder than words and I will be launching a new project on my birthday, the 22nd of October.

This is one damn big adventure. This is my Journey Era. 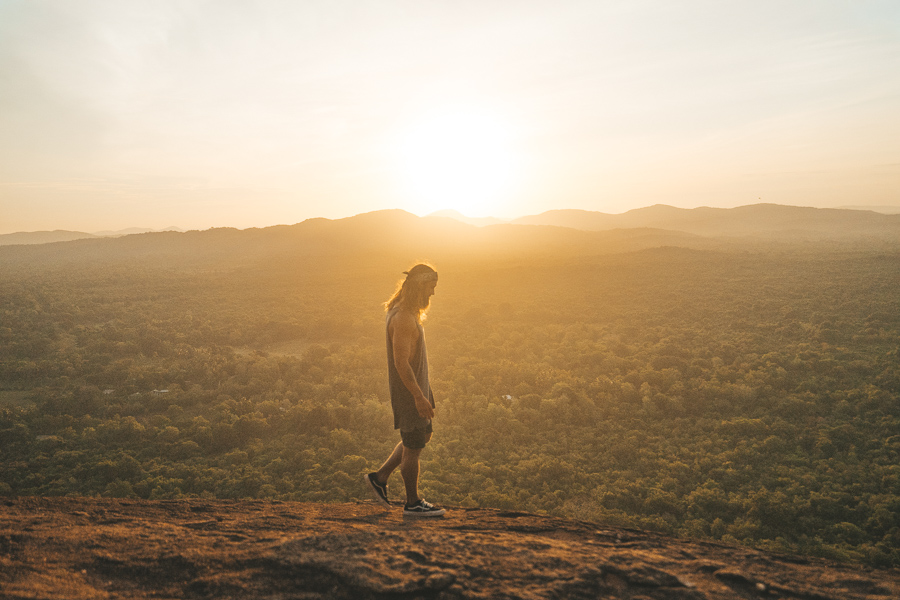 I am am amazed of your journey. Your blog helps a lot.. It is very interesting and inspiring. It helps me a lot in finding places for my future bucket list.

Absolutely love this article! So inspiring!! I just started my own blog this week and hustled out 4 articles so far! Hoping that in 2 years I am as successful as you are Jackson but also just as humble!

I always thought that at some point I would travel. Not on holidays, but long-term, extended, liberating, messy, unpredictably beautiful travel.

[…] to success. All the other necessary skills can be learned along the way. In a post on his own blog Journey Era, Jackson Groves wrote “I have a theory. If you put every ounce of effort into one direction […]

Already two years. Time is flying by he. Love the blog!