Touchdown Japan. After a solid few weeks in Cebu sorting out my apartment and catching up on some blog work with some serious hustle, it was time to pack my bags and head off on the first real adventure of the year. I’m in Japan for three weeks and for almost all of that time, I’ll be exploring the south island of Kyushu. The last week of my trip will be a campaign with the Japan Tourism Board and Klook.

Kyushu is a pretty wild island and shares some similarities with Indonesia due to its volcanic nature. There are hundreds of waterfalls to explore and plenty of active and dormant volcanoes to witness from hikes and viewpoints. The region is also known as one of the hot spring/onsen capitals of the world. Several towns boast hundreds of bathing hot springs where you can relax in steaming sulfur, volcanic springs.

I began the week with Pema in Tokyo for a couple of days and quickly got out of there to get on the adventure trail in Kyushu. We rented a car (vital out here) and based in Kumamoto for the first 5 days of the Kyushu trip. My aim of this three-week trip is to go on some epic adventures, explore off-the-beaten-path in Kyushu and end up with a detailed adventure travel guide to share with you guys.

These are my top highlights from this week with a short little description along with each photo. I hope you all had a good week and had an adventure or two… at the very least!

Our first day in Kyushu started with a hike around the back of Mt. Aso. Turns out it’s highly illegal, highly dangerous and probably shouldn’t have done that had I known how quickly a volcano can destroy everything in its vicinity. Live and learn but we survived just fine, nothing erupted and we had an epic adventure. 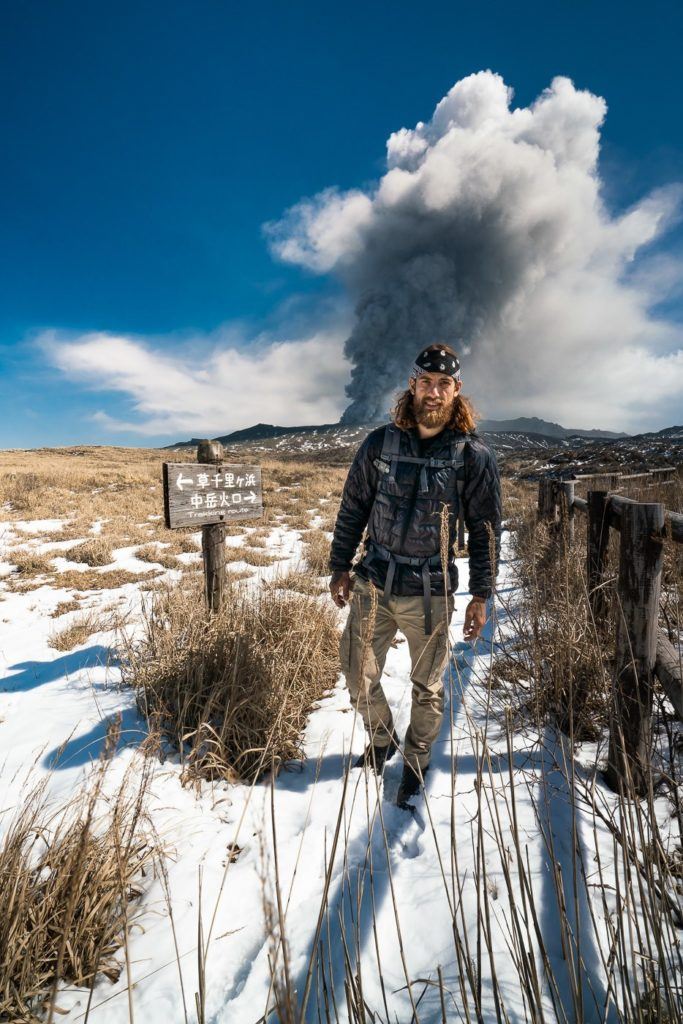 This is Mt. Aso erupting but it’s in a pretty normal state. When it really erupts it is going wild. 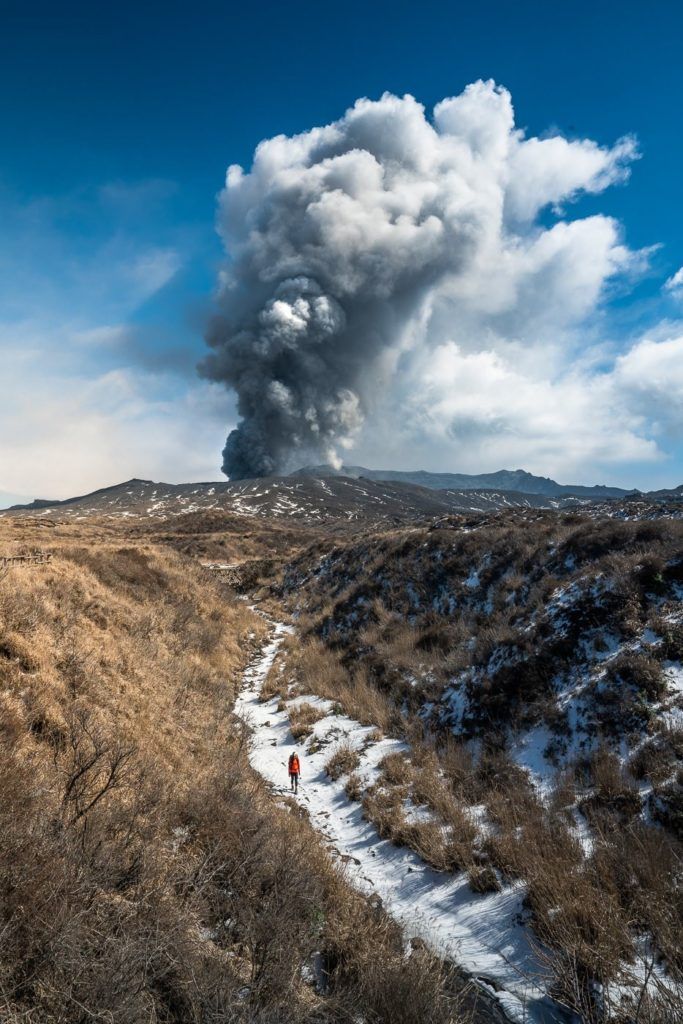 When the official trail to Mt. Aso is closed, things get a little crazy 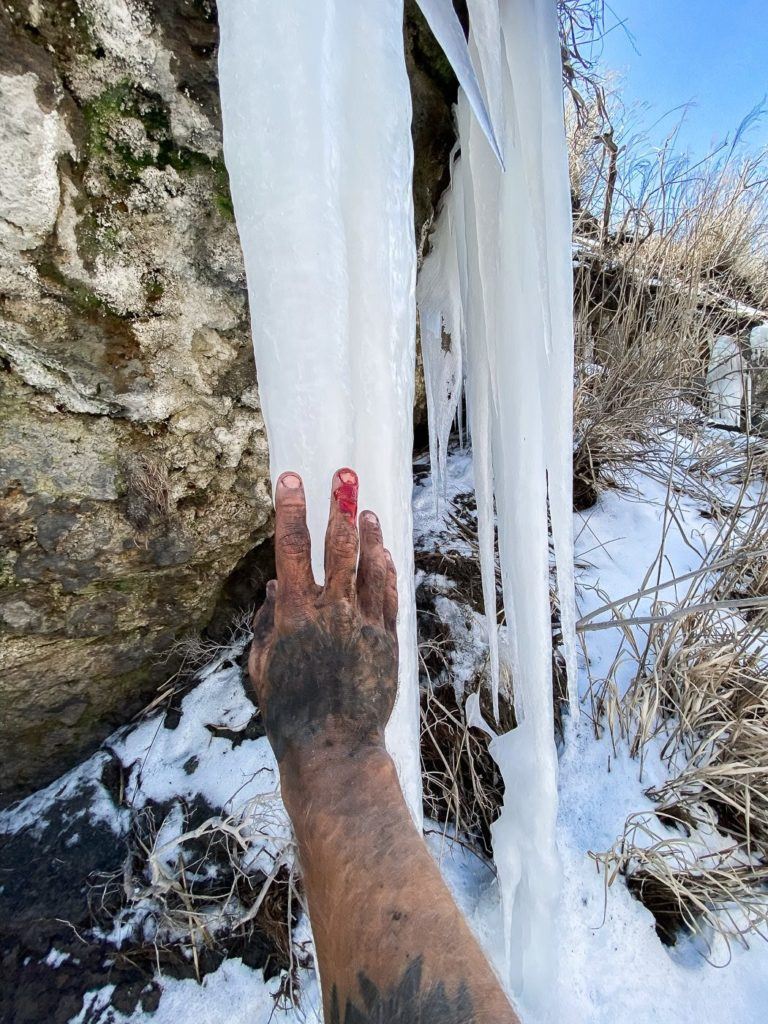 Shooting down on Mt. Aso and in the next frame you can see the photograph I took from here. 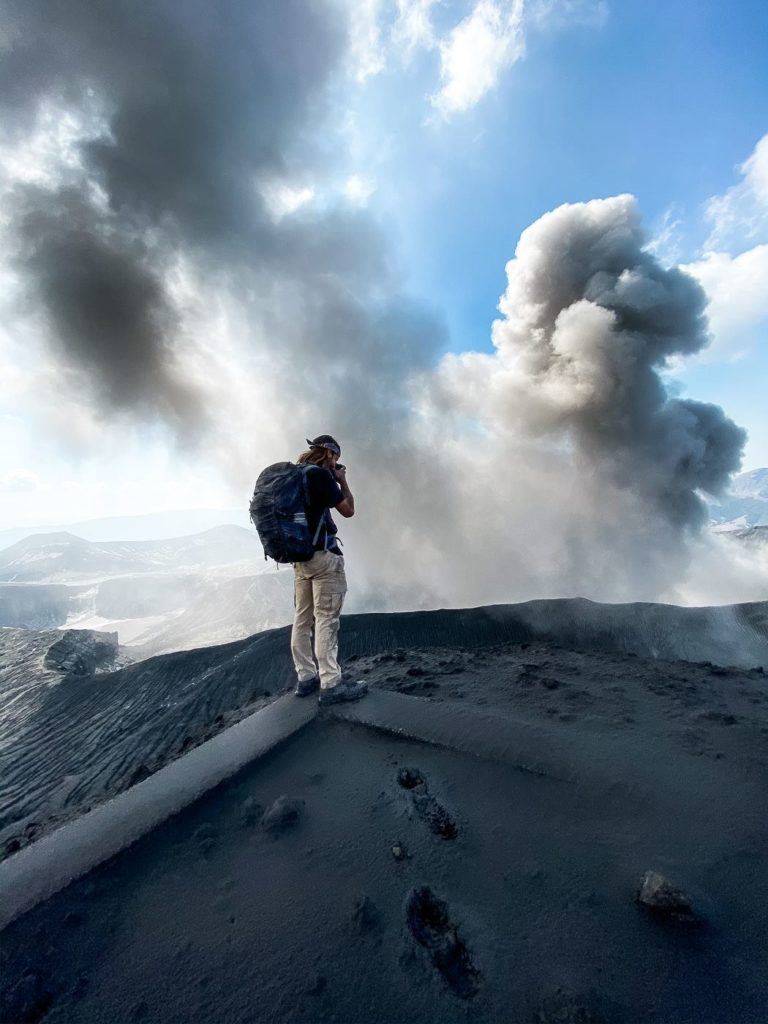 This is the best shot I have of the entire volcanic crater at Mt. Aso as it was blowing pretty hard.

This is probably the other nice shot I have of the entire volcano. This one was shot on the drone. We were hiking up on those ridges to the left. 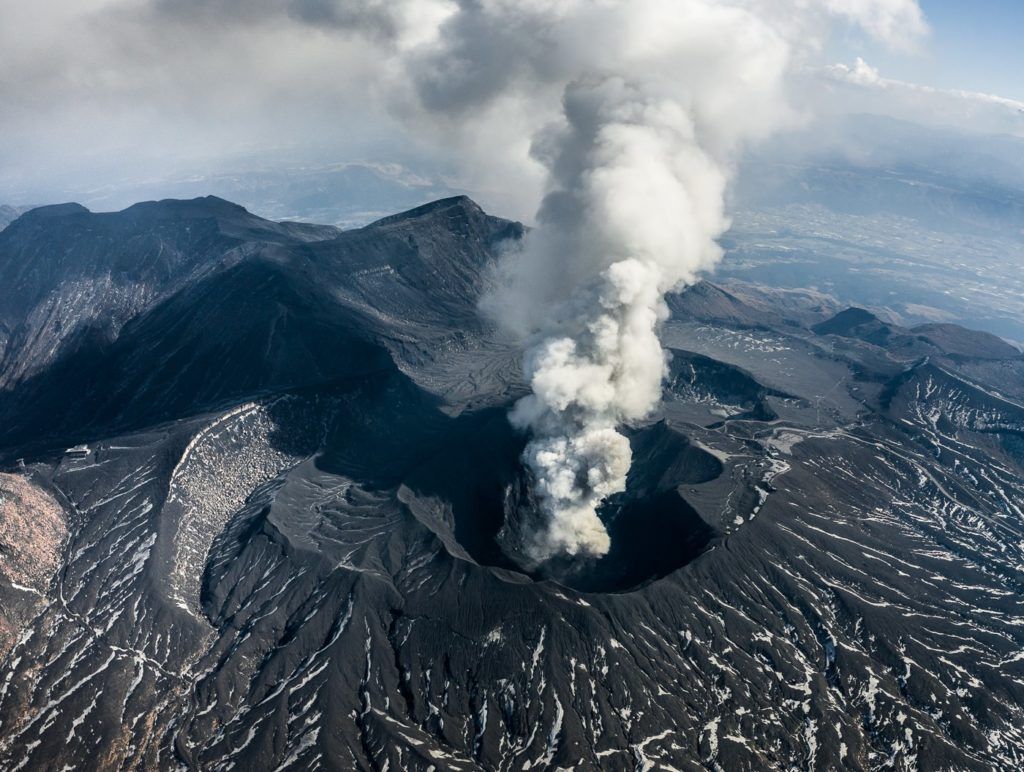 Pema wondering why she was dragged out to the edge of a volcano. 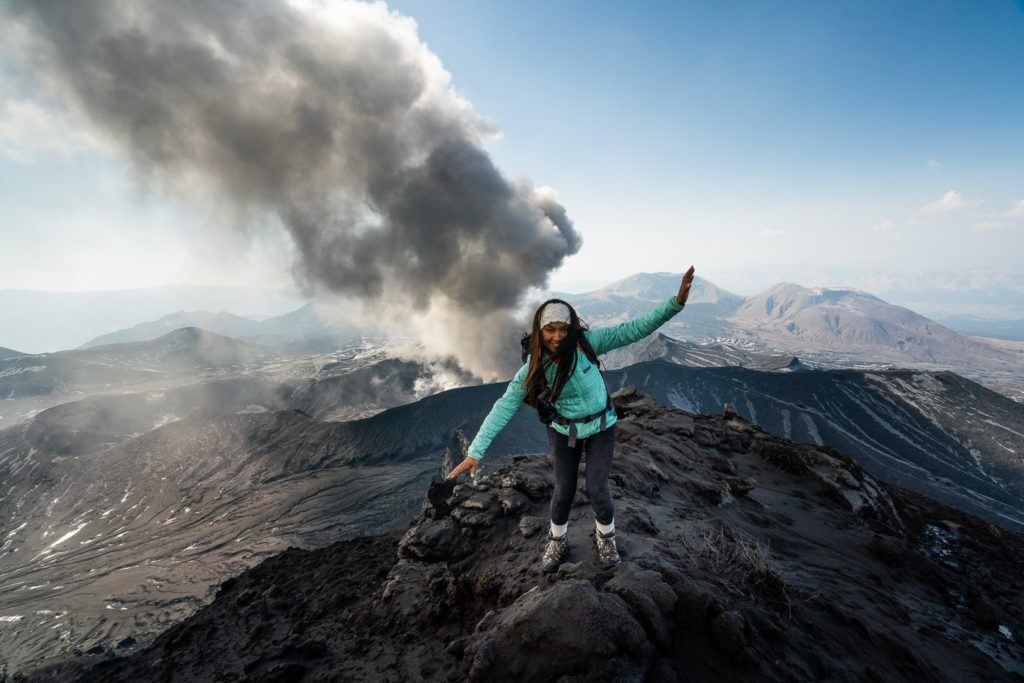 One of the most epic adventures of the year so far for sure as the backdrop was everchanging and always threatening. 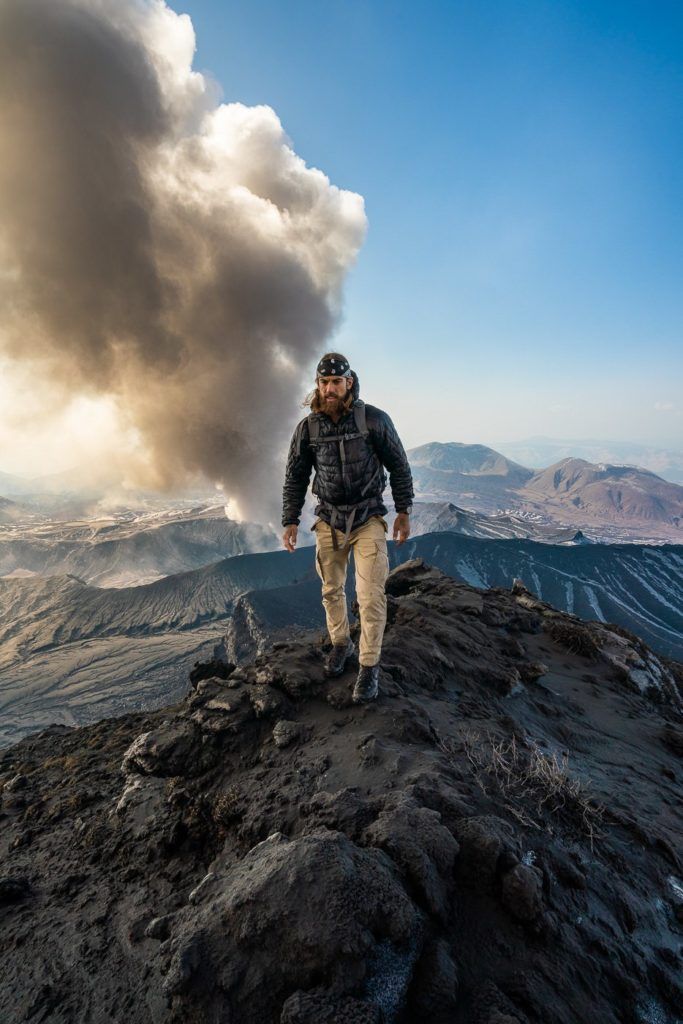 Looking out over the volcano as the sun started to set. Not another person in sight. 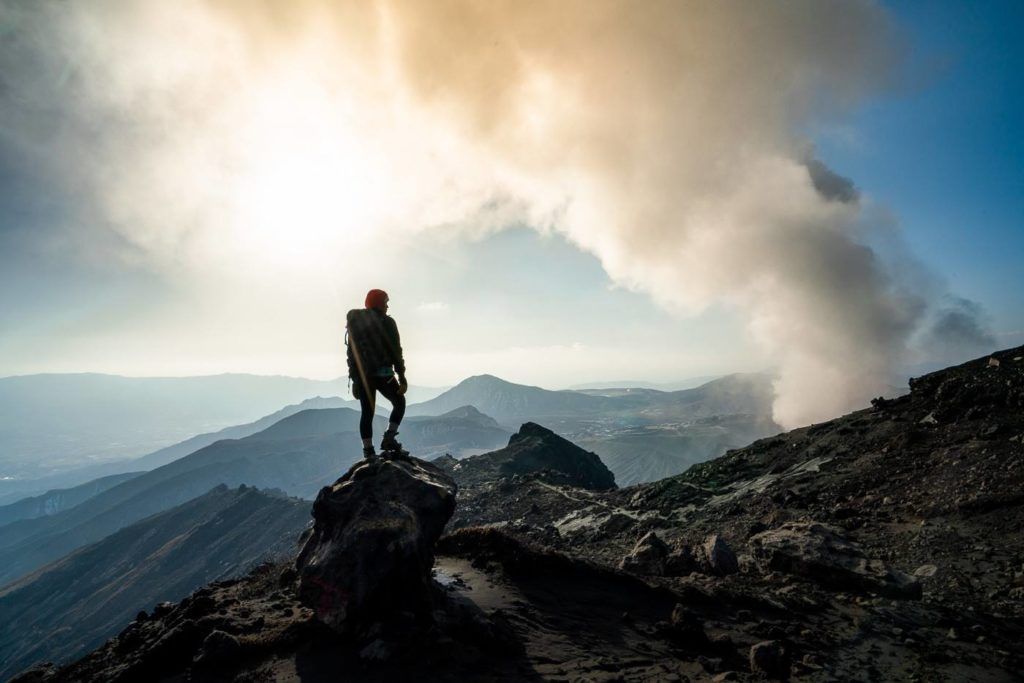 This was definitely the shot of the day, which I captured on my 100-400mm lens. It’s a heavy thing to lug around but it’s shots like this that make it worth it. 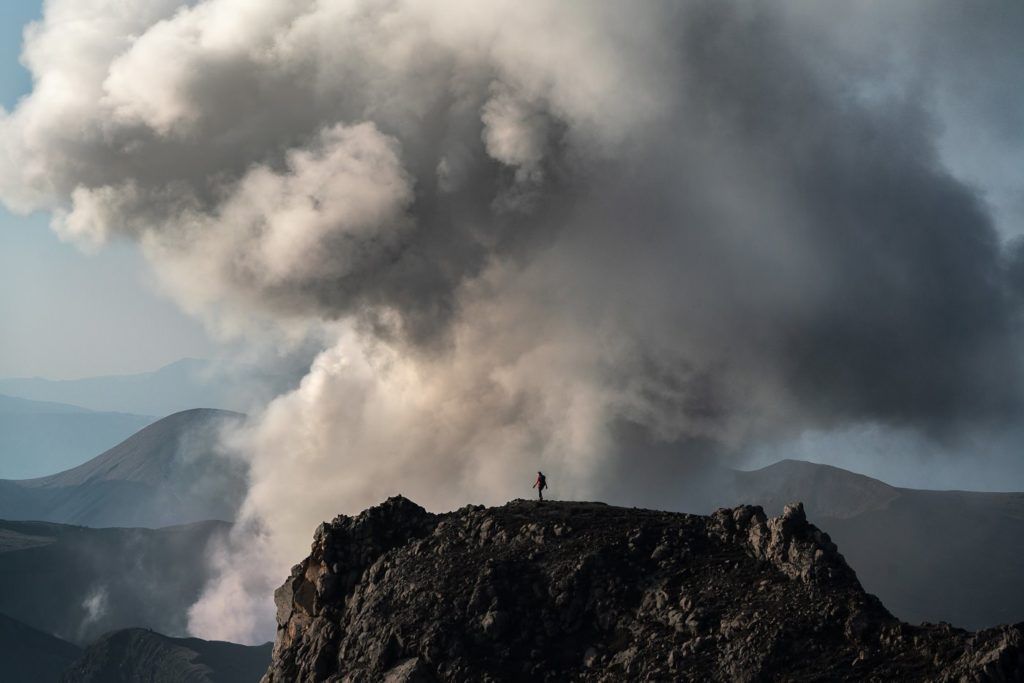 This is the winding road to Mt. Aso. I didn’t expect snow in this region but it actually snows alot in the winter here in Kyushu. 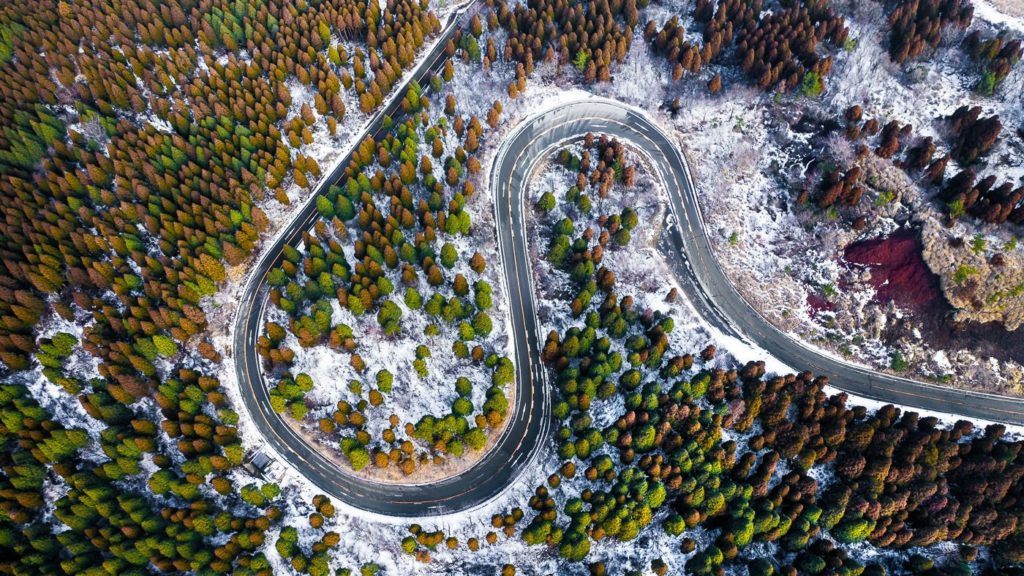 This is Gorogo Taki Waterfall, famous for the rainbow that appears at its base. A little gem in the inner mountains of Kyushu. 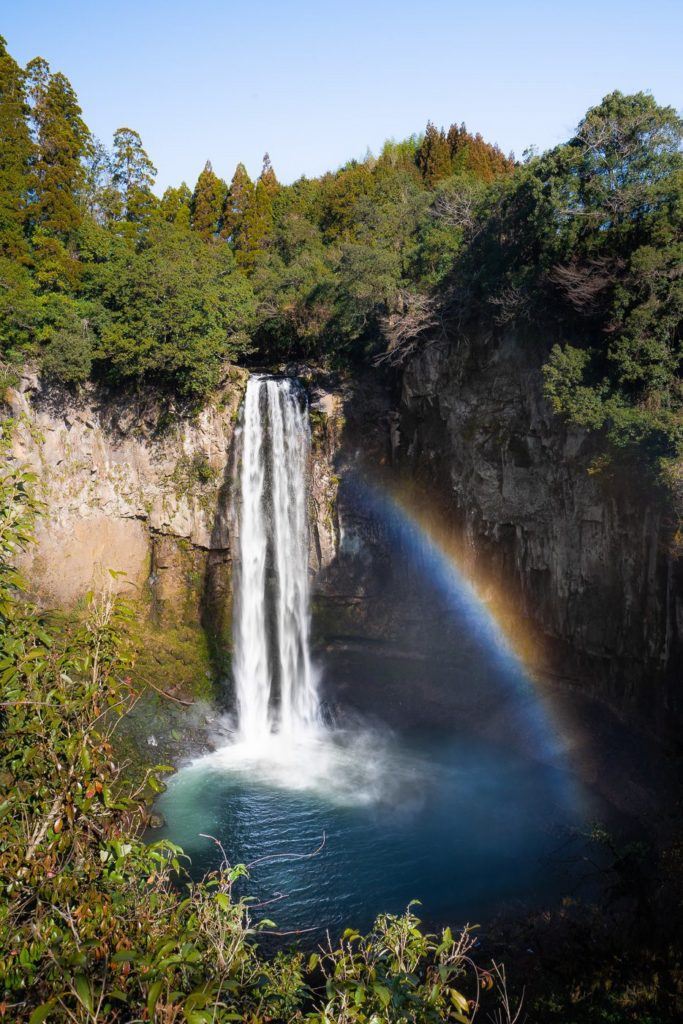 This gorge near the waterfall above reminded me a lot of canyon treks in Cebu, Philippines. 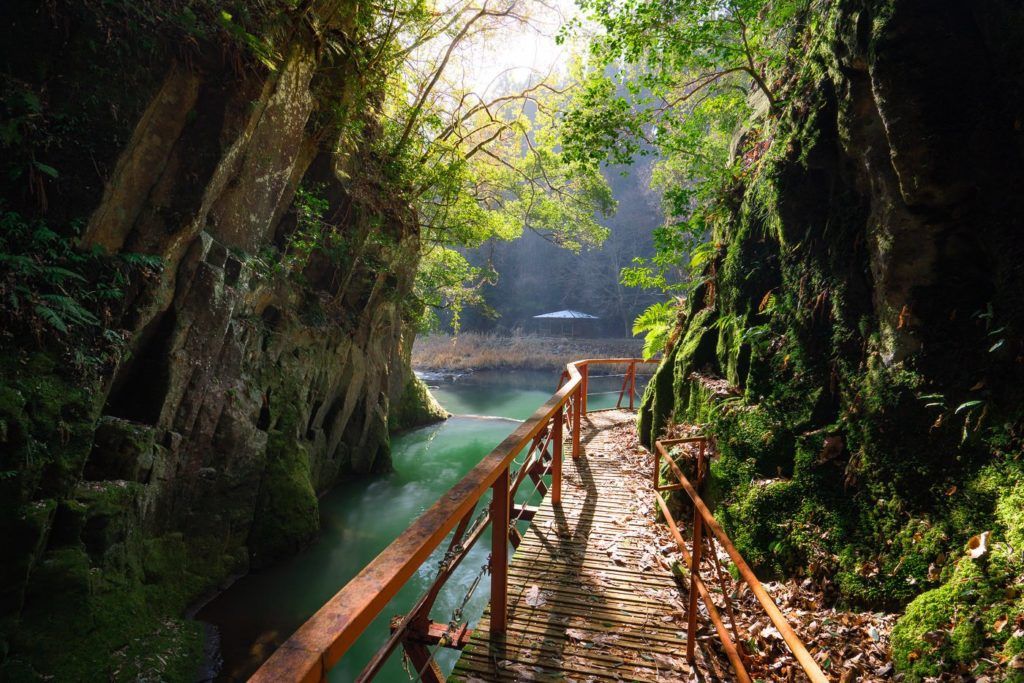 Another epic little waterfall that we lucked out on as the golden light was hitting perfectly just as we arrived in the late afternoon. Sometimes you get lucky and other days it rains on you nonstop. Take ’em while you can. 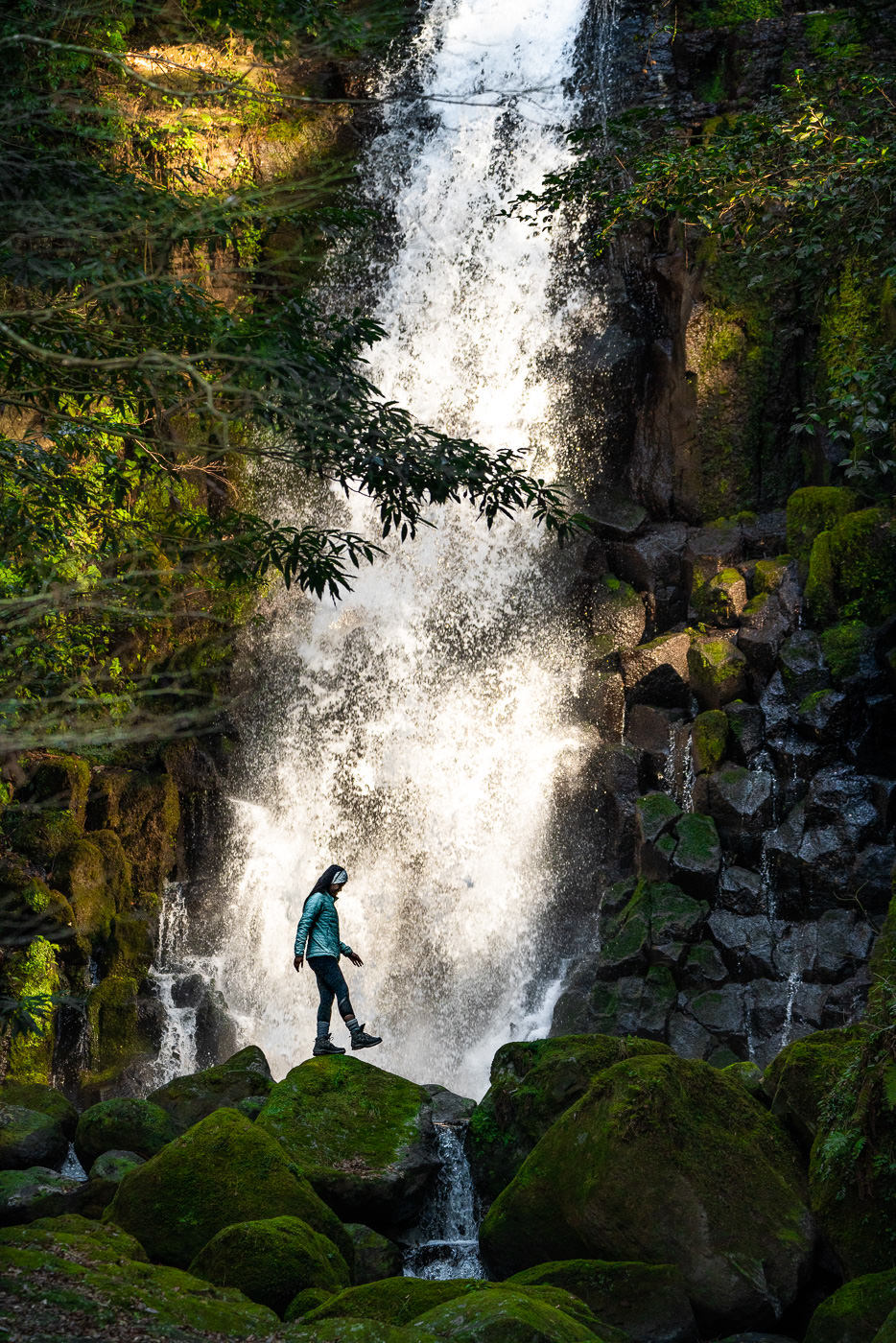 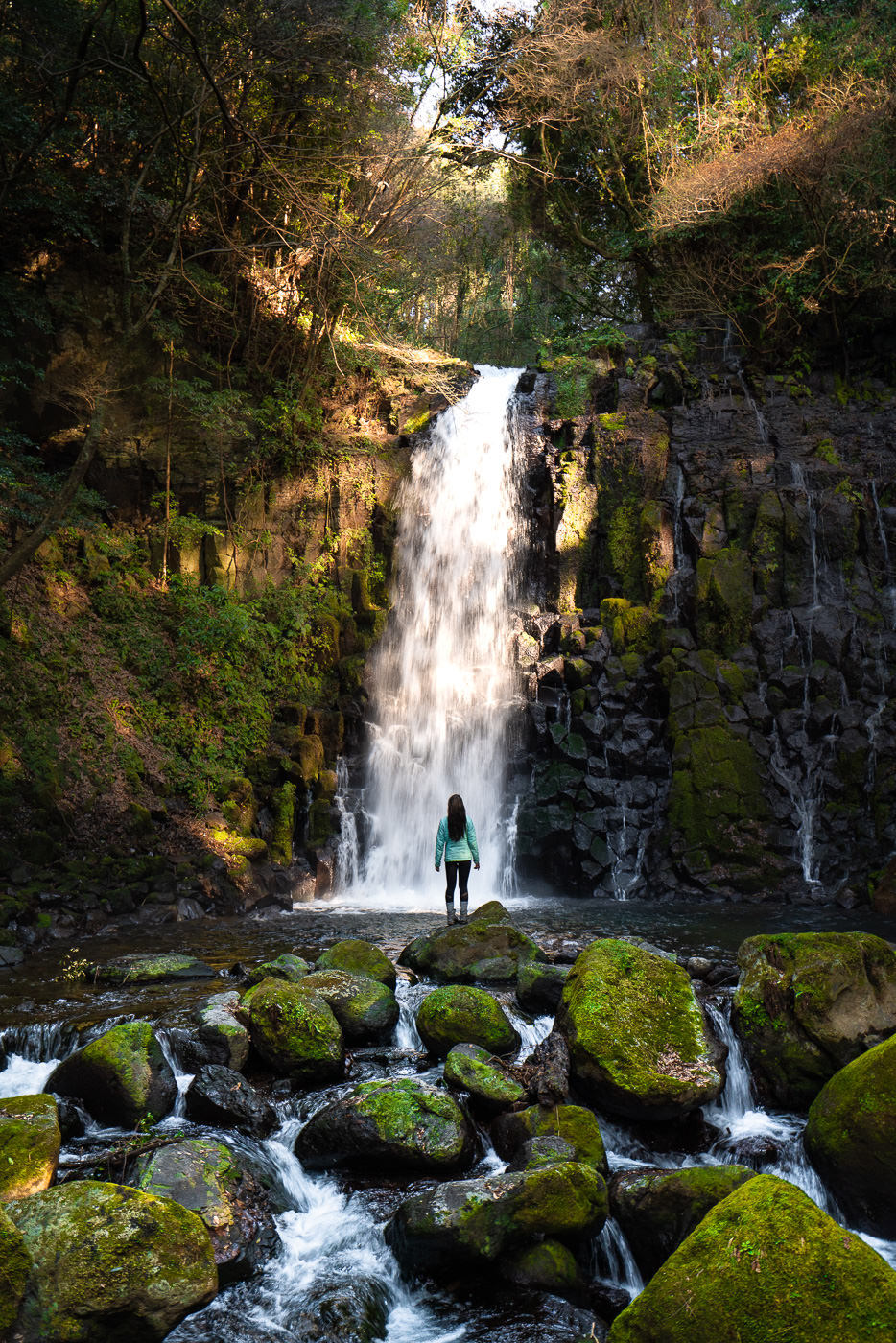 This is a 10th century stone buddha found out in the jungle in Oita, Kyushu. it involves a little hike but it felt a bit like Indiana Jones or Tomb Raider to find such a relic covered in trees, roots and vines. 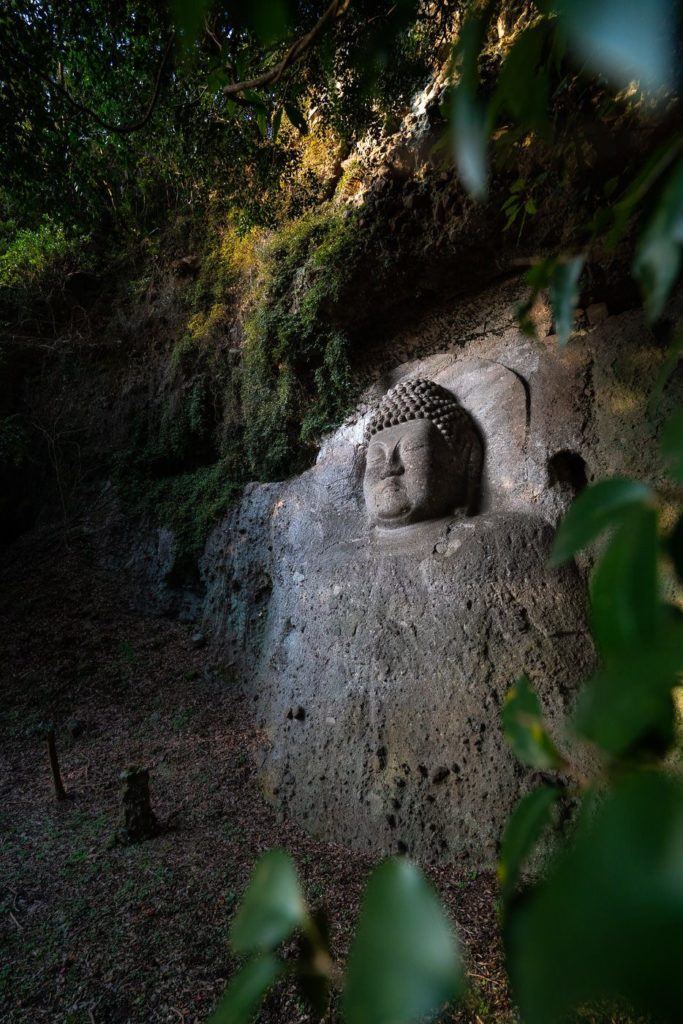 The golden light while hiking up Mount Neko, a series of ridges I spotted days earlier while up on Mt. Aso nearby. 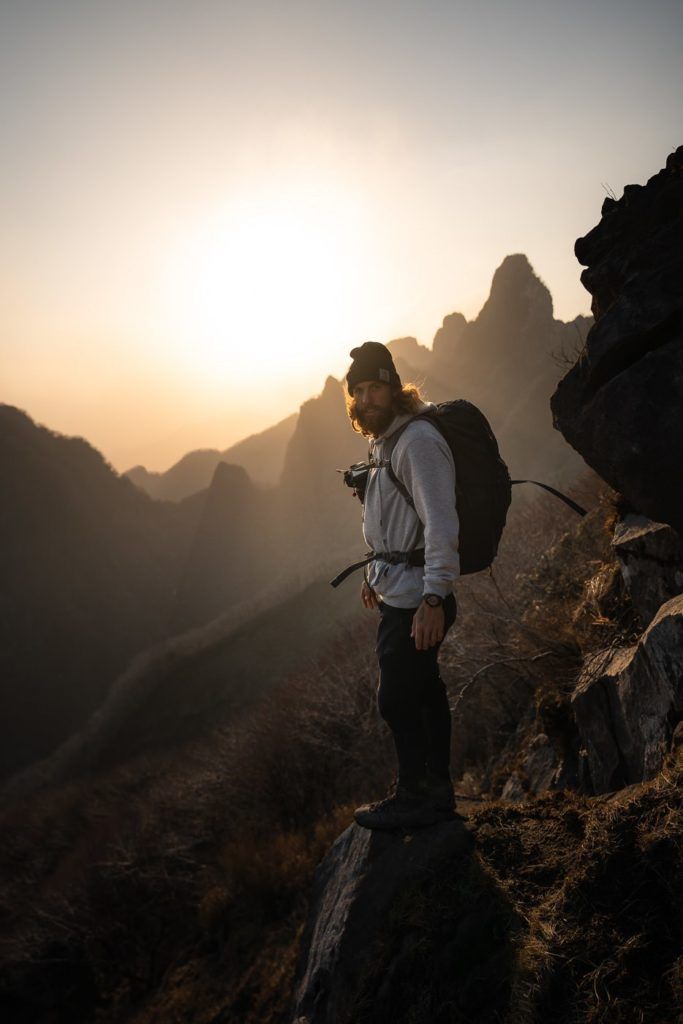 Everything is quite dead here during the winter, which makes me wish I had visited in the summer, spring or even fall for the autumn colors. 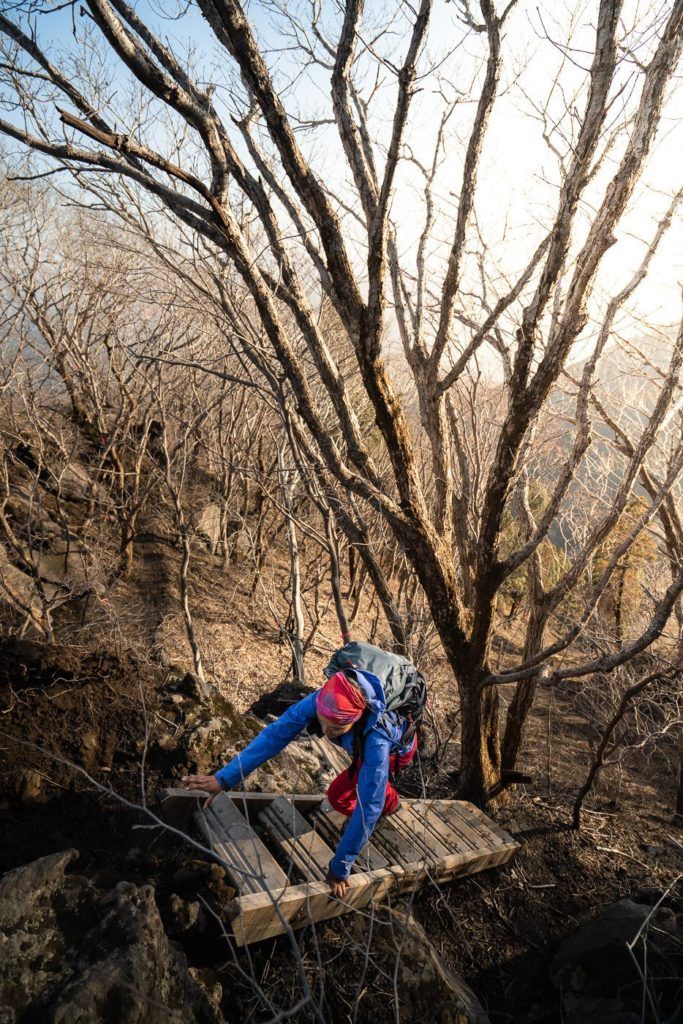 Another shot of the golden light shooting over the peak of Mount Neko. I was freezing cold at this point if you can’t tell. 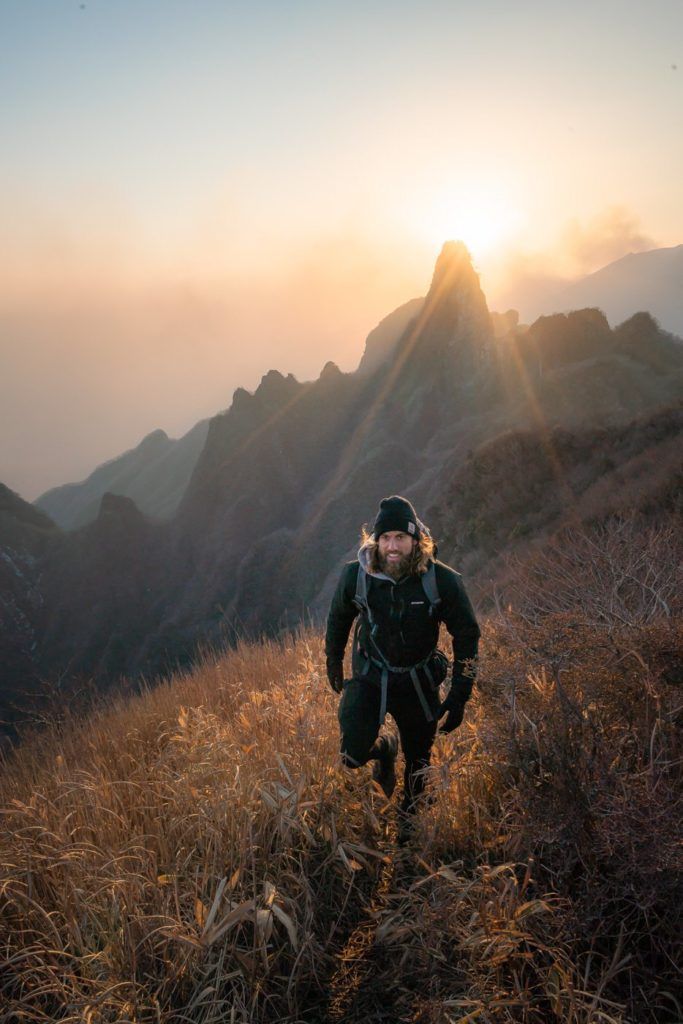 Pema pushing on up to the summit of Mount Neko. How’s the color coordination? 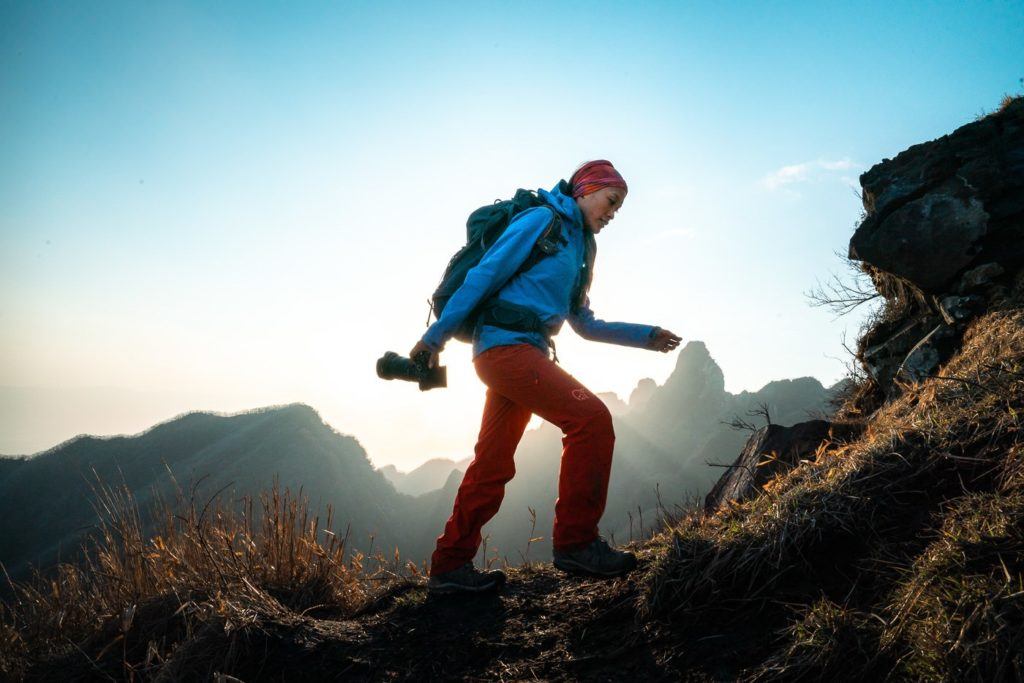 These next three shots are from one of the most touristy and popular waterfalls on Kyushu Island. However, it is probably the most picturesque and beautiful waterfall so it makes sense that tourists flock here. I got lucky again with the golden light and tried to make the most of it. 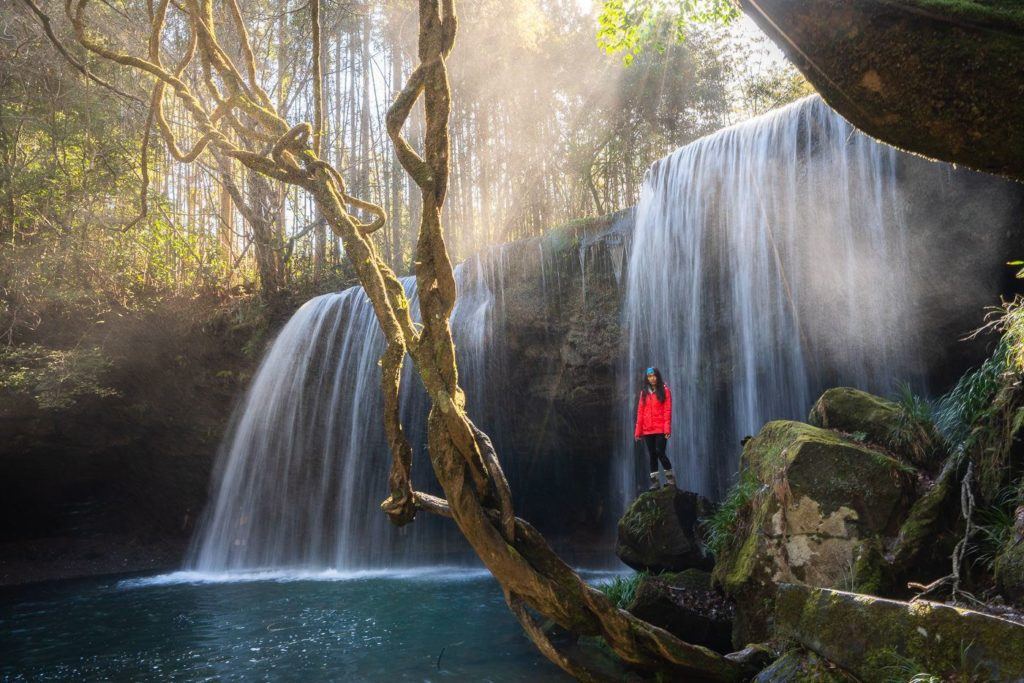 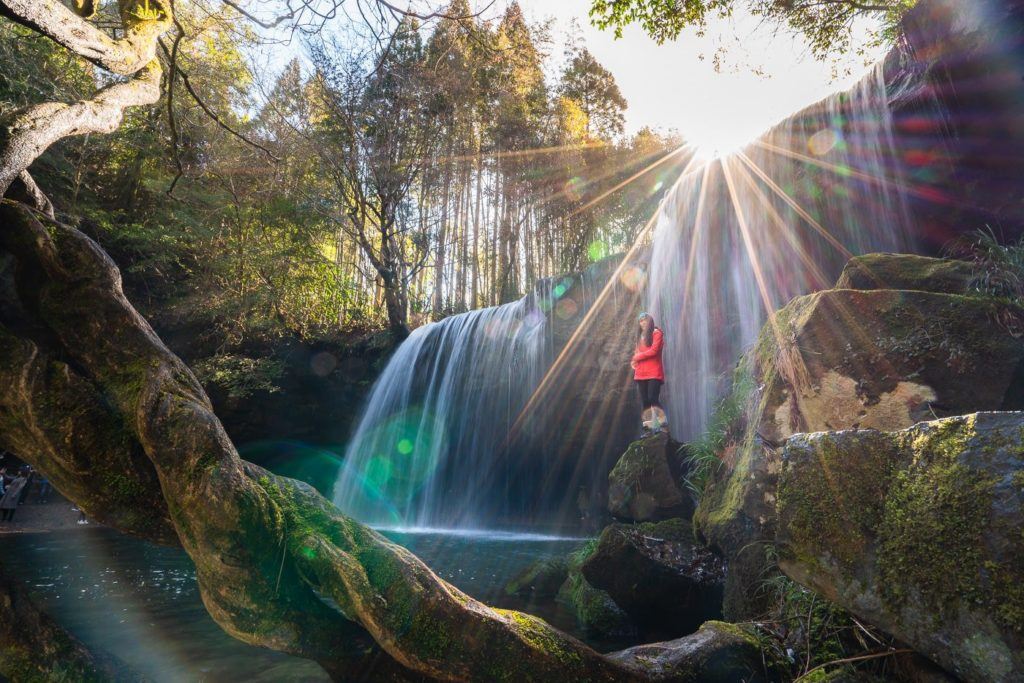 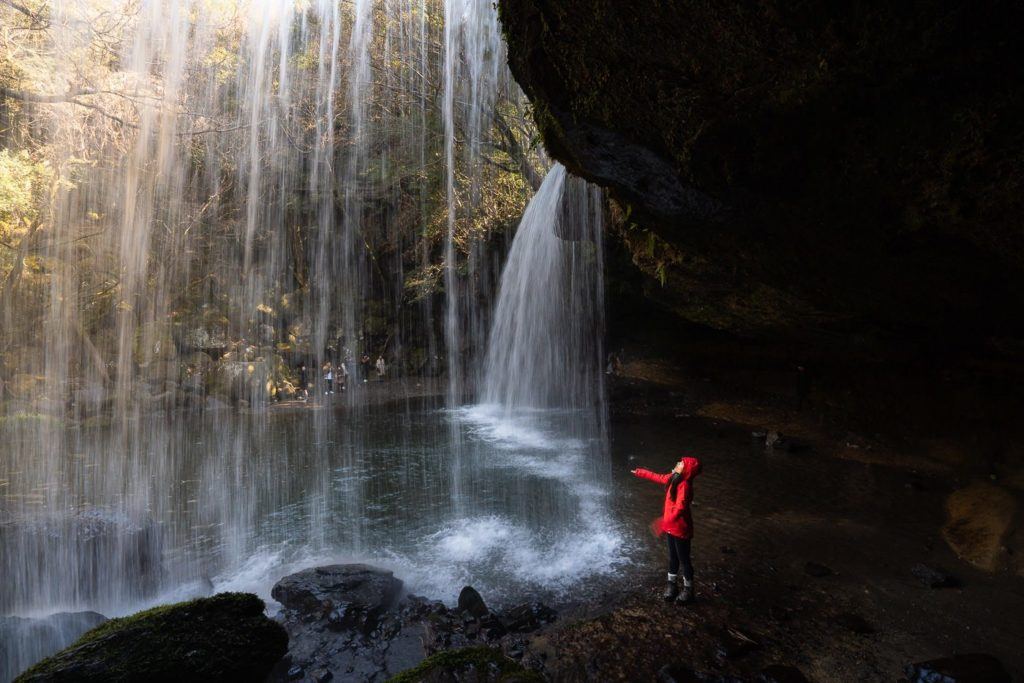 Getting up high in the Kuju Mountains over a glacier lake. 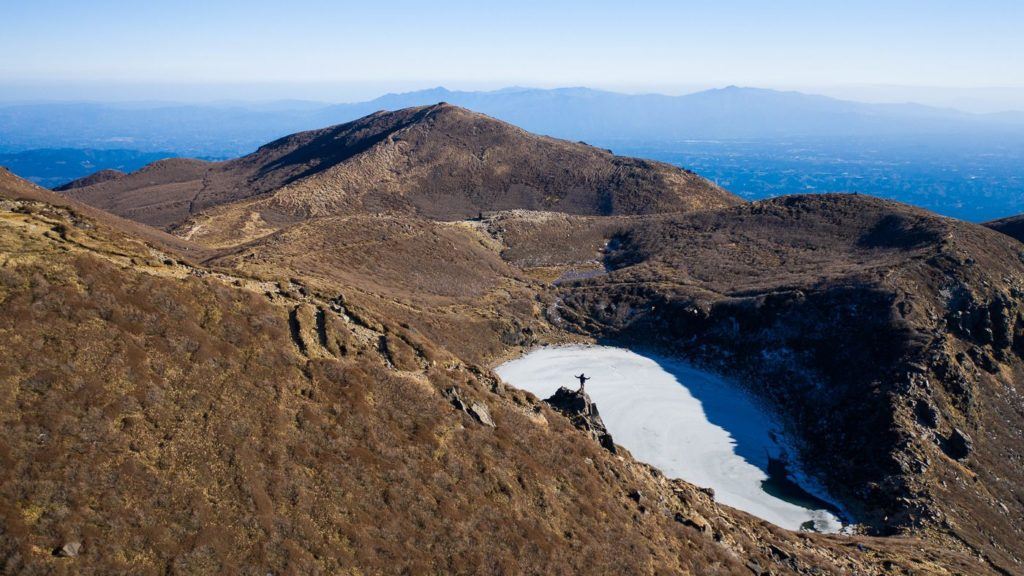 Made it to the top of Mount Kuju and that is Mount Aso erupting in the background. 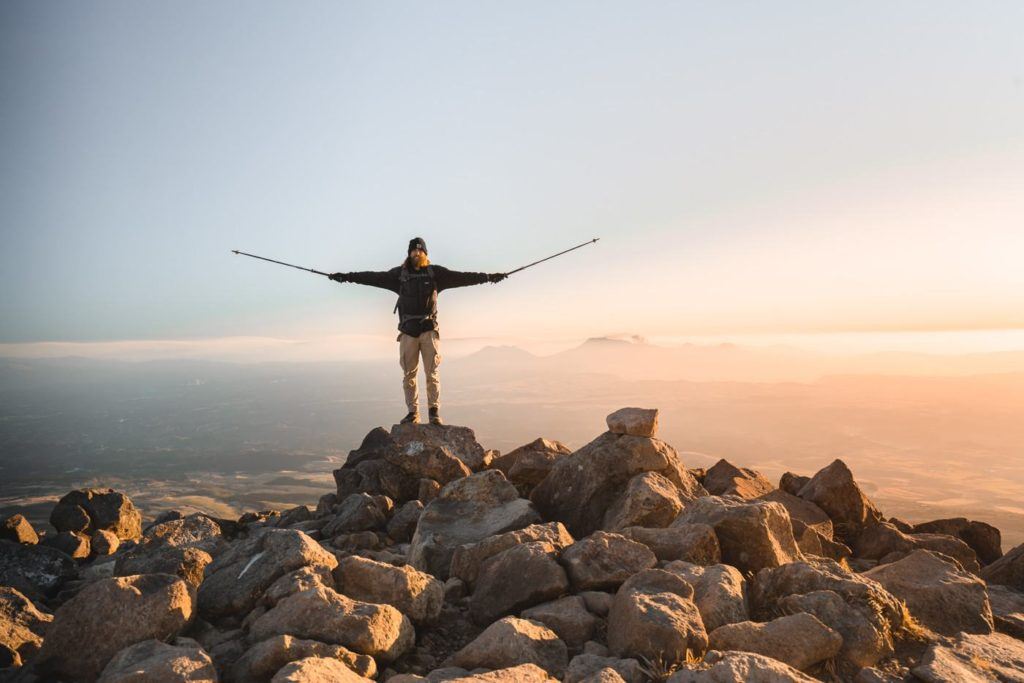 And finally, there was this beautiful trail to the waterfall you see below. 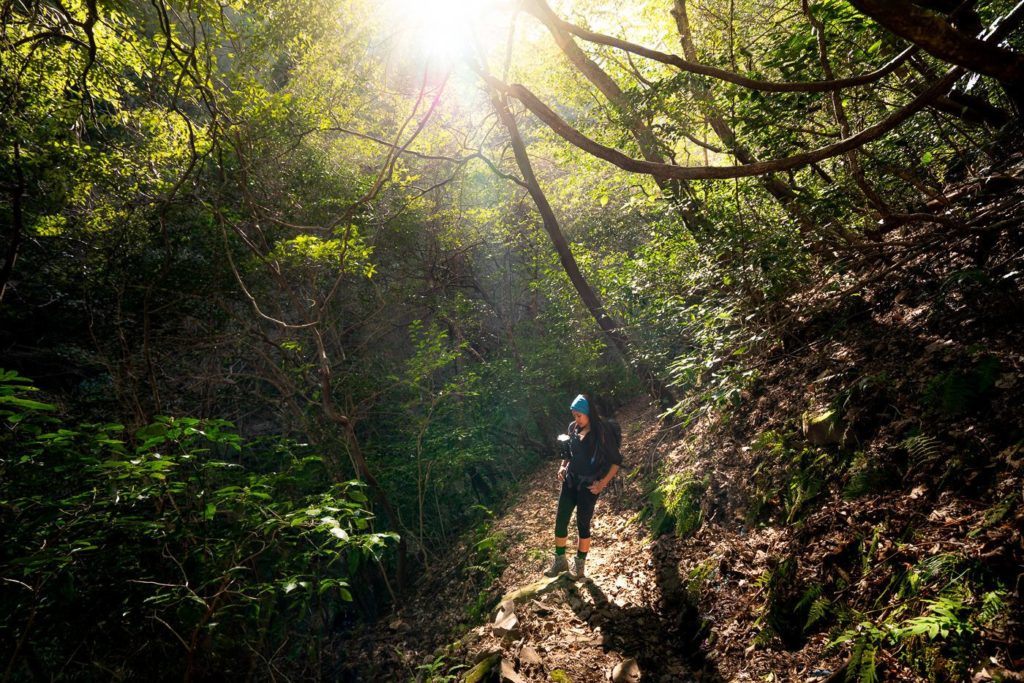 Onbara Falls, probably my favorite waterfall in Oita. Tucked in away around the corner we almost missed it thinking the falls on the left were the actual main attraction, but thankfully, we had the adventurous spirit and found it hidden around the bend. 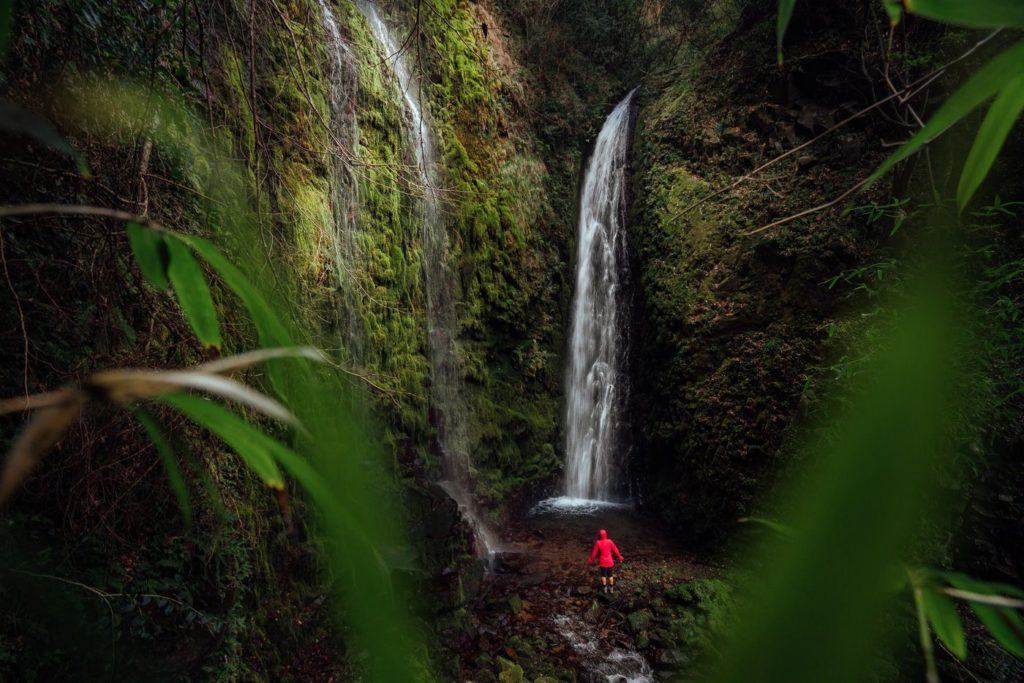