It’s been just over half a year since I had my double hip arthroscopy. I think I’ve come out of it all pretty well and count myself lucky, although my body is far from perfect. It allows me to do most but not all activities.

I thought I’d use this Weekly to record a bit of on update on my rehab journey because it’s quite a unique 6-month rehab strategy and is interesting for myself to reflect on.

My surgeon originally told me the following:

Before the injury and surgery, I had been running up to 80km per week at some stages and was the fittest I’d been in my life. Fast-forward to post-surgery and now I wasn’t sure if I should run at all, or if my body could even handle hiking.

June – Month 1: I took it easy for a few weeks in Adelaide after the surgery. I still went to the gym every day but only did pull-ups and other seated machine exercises for my upper body. I made sure to walk less than 5000 steps per day and really tried to get enough sleep and let it recover. There was tightness because of the surgery but no sharp, acute pain.

July – Month 2: I headed off to Turkey but kept my movements pretty low key. I didn’t run, I didn’t hike but I built my walking up to 10,000 steps per day on some days. I kept going to the gym but was only doing excersises that didn’t involve dynamic leg movement. In the last couple of weeks in June, I went for a short 5-km hike and there was no immediate pain. It was low-low-incline and more of a forest walk. 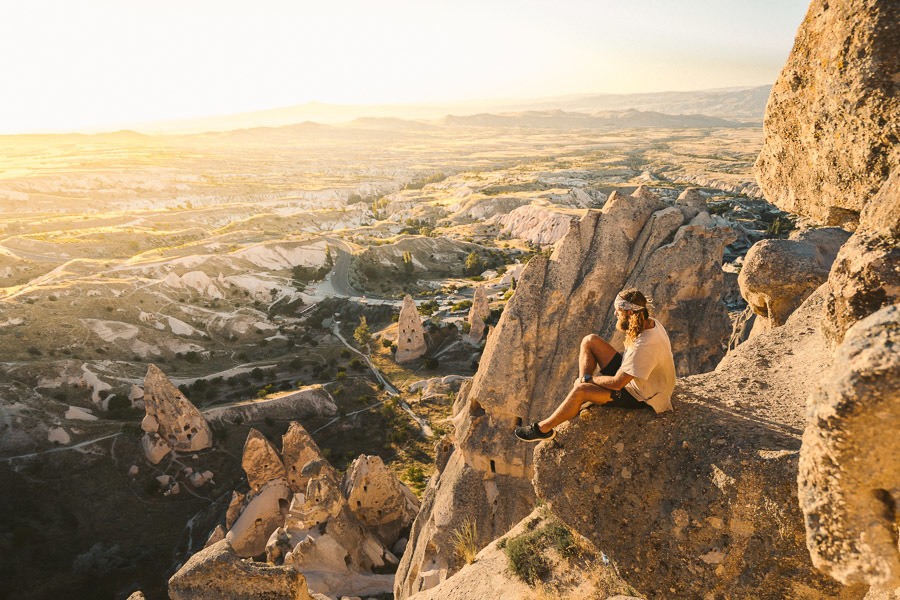 August – Month 3: After two months of observing controlled rest, I decided it was time to step it up and see what it was capable of. I was now in Switzerland and I started heading out on a few hikes. The hip joint was still impinged but that was par for the course in my books. I was on the lookout for sharp pain more than if my hips were perfect. I was carrying my usual camera bag, which probably wasn’t helpful. I made it through some pretty heavy hikes such as a 30km trek with 1000m+ of incline and several other very steep climbs. However, often my right hip would be very sharp and I wasn’t sure if that would be permanent or not. I was worried and tried to limit too many hikes in a row and especially too much incline.

The issue was that I had come to Switzerland to hike. My plan was to do 50 hikes in 80 days. So as per usual, my body wasn’t quite up to date with the plan I had in my head. It’s tough to listen to the body in those moments because you feel like you really aren’t asking it for much.

I went for one small jog at a very slow pace and although I survived it, I didn’t quite feel comfortable jogging yet. 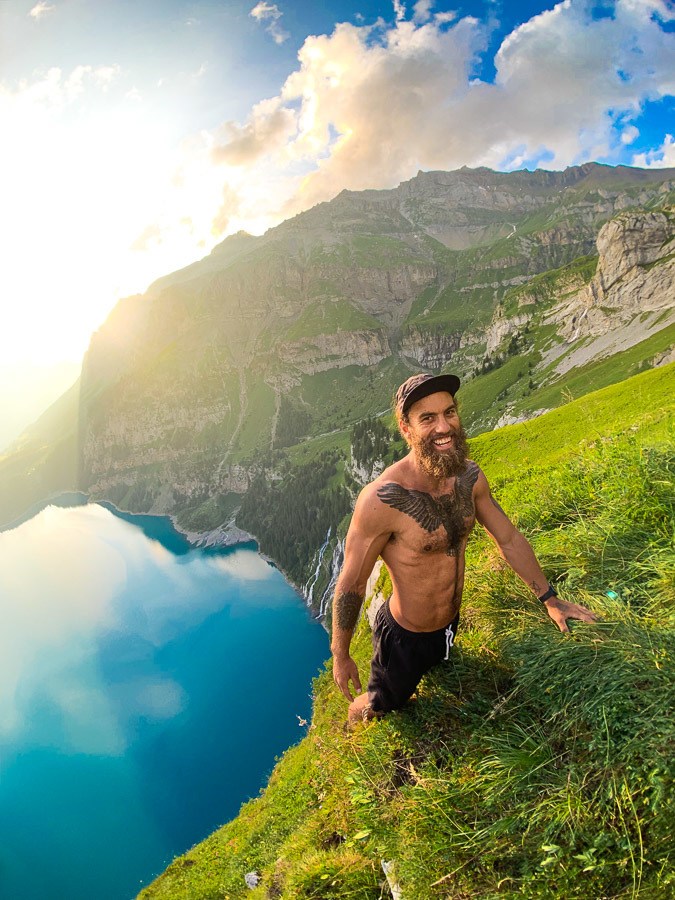 September- Month 4: By now my hiking is in full swing in Switzerland. I’m putting in close to 5000m+ of vertical climbing each week and hiking a minimum of five times a week. I am having the occasional sharpness in my hip but with a lot of stretching and foam rolling (a very annoying item to backpack with), I managed to keep myself out on the mountains. I went for a few jogs but I think the pounding of the pavement, the higher impact of running on the joint aggravated it and I decided to put running on hold till further notice. I didn’t want to jeopardize my ability to hike while I was still surviving on that front. My 50 hikes were still possible at this point if I hiked 5+ times a week. 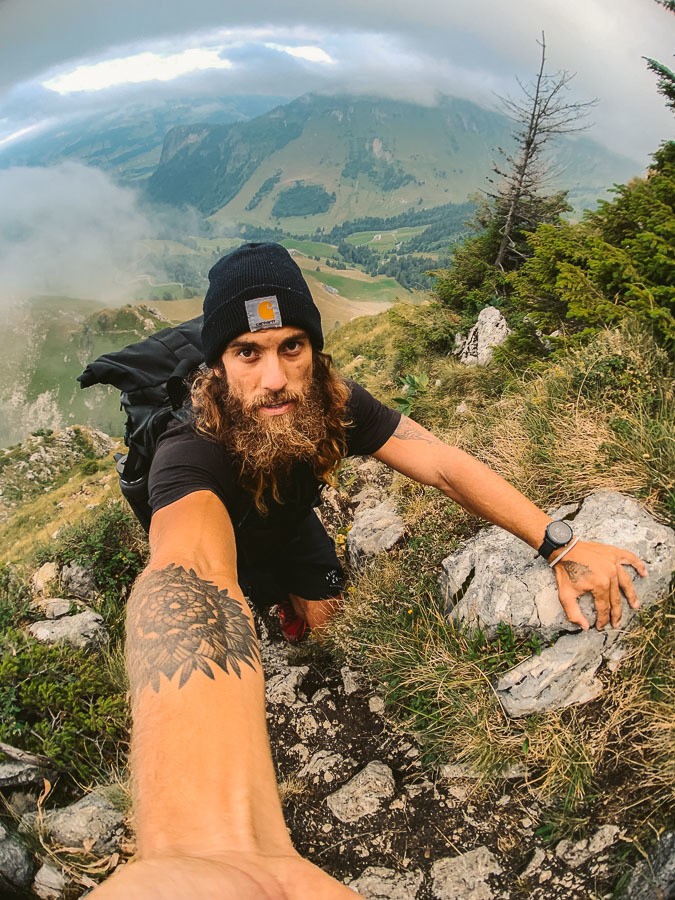 October – Month 5: It’s my last few weeks in Switzerland and it’s the best month so far for my hip. I’m still slow on the incline except for a few odd days where it feels free but the sharp pain is very rare. I have become a lover of my trekking poles and even had a week of 7000m of incline. I still have put the running aside and am just trying to stay able and in good enough condition to hike. My glutes, hamstrings, and calves have all adapted and grown to the load so hopefully, that would lessen the load on the hip joint. It’s just a theory. 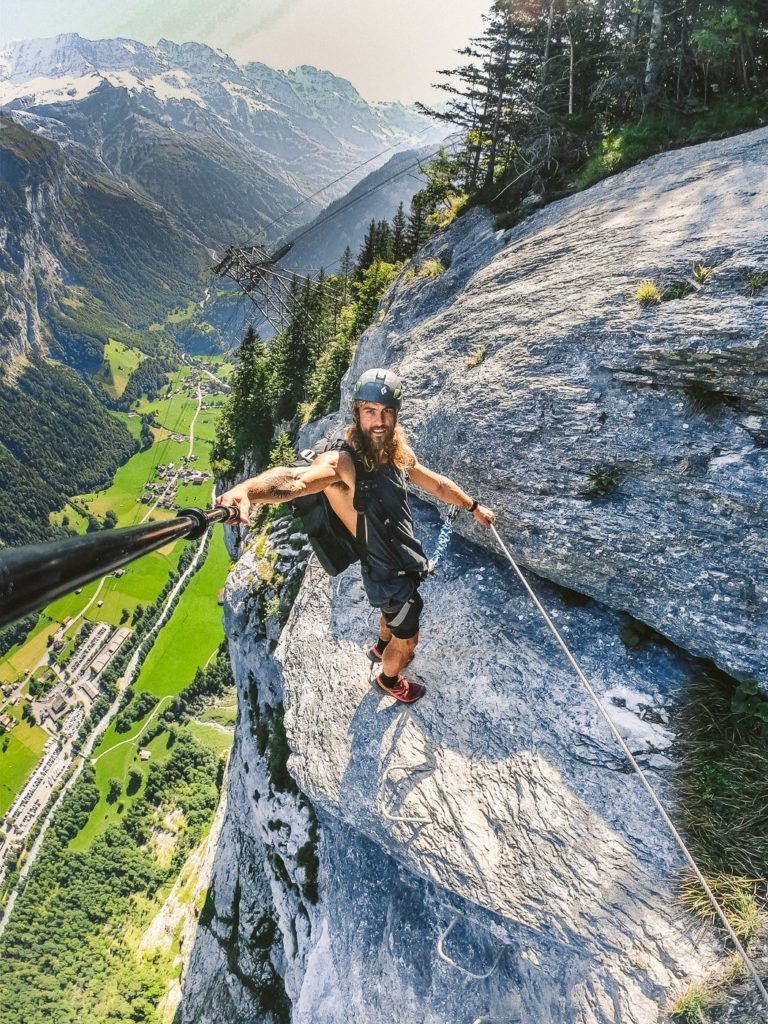 I made sure to be in as good as condition as possible because in the last week of October I flew to Papua New Guinea to the do Kokoda Track with Josh. It’s a 93-km track on uneven, muddy, jungle terrain. It’s an 8-day journey that has over 6000m+ of incline. I made it through the trip without too much bother and while not perfect anything above a 6/10 for my legs and back will mean you won’t hear too much of a complaint from me. 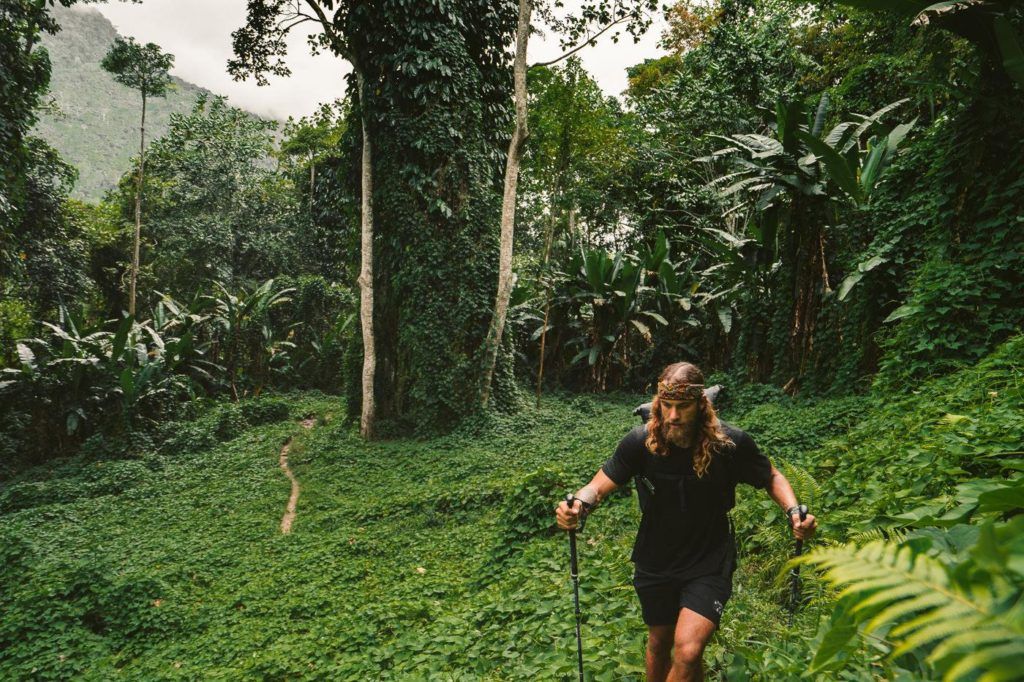 November – Month 6: Straight after the Kokoda Track, with just one night of recovery back in Port Moresby, we set off to attempt the highest peak in Oceania, which is Mount Wilhelm. I struggled with the altitude adaptation but my hips survived the journey more or less. Again anything above a general 6/10 is happy days for me. The trip was part of a Tourism Board campaign so after Mount Wilhelm, it toned down and we spent a lot of time near the coast doing free-diving and scuba diving so it was really the first two-week period where my hip had a decent rest from much incline apart from a small adventure here and there. It was necessary and a good opportunity for it to really get some recovery in after a huge block in Switzerland and Papua New Guinea. 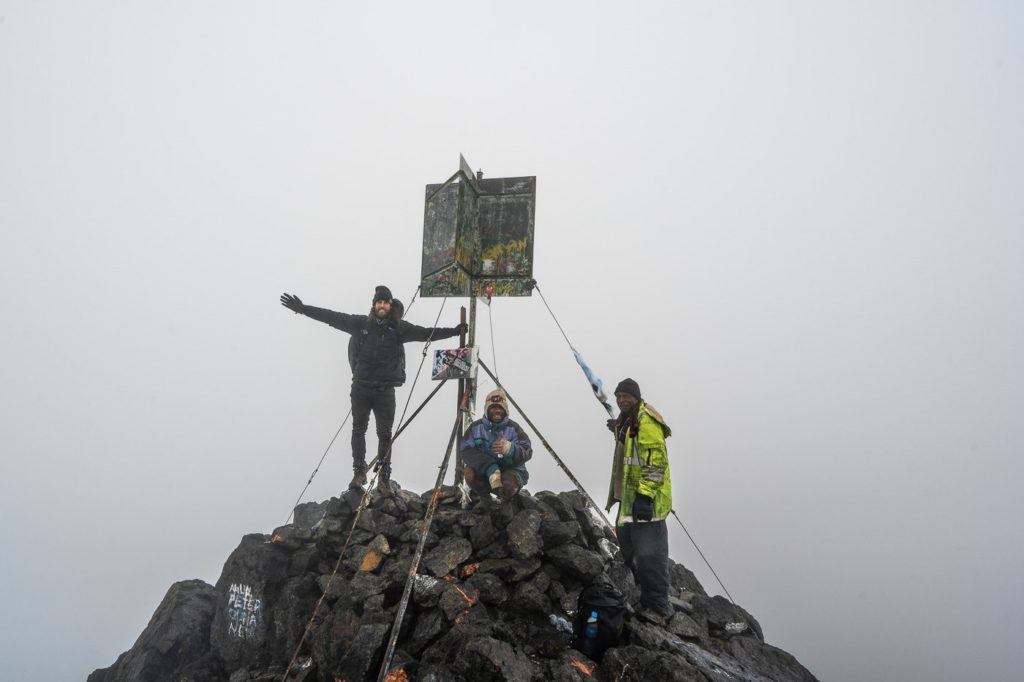 December – Month 7: The incline was over. I headed to Siargao, a very flat Island. In fact, the tallest peak on Siargao is just 344m. I was in Siargao for Josh’s running and mindset workshop and I was feeling rested and quite free in my hips and back so I joined Josh for a couple of slow jogs and seemed to survive them okay. I ran a 25km and a 30km week while in Siargao with Josh and actually felt like I might be back. My hips did sometimes feel like they were missing a shock absorber with a little bit of stiffness or very mild sharpness in the joint but nothing too notable.

I rented a bike in Siargao instead of a moped and cycled almost 400km in about 3-weeks including a couple of big rides taking us around the island. This was a great way to pump the legs, keep the mountain gains but take the impact off of that hip joint. I think that was a big learning point. Cycling didn’t seem to aggravate any of the joints but I could really do a lot of work to the legs while on the bike. This meant I could keep fit without harming the joint but still preparing me for the mountains. If I’m honest, it appears cycling should be my go-to cardio instead of running but it’s hardly as practical or fun as a traveler. I do love cycling but you obviously need a bike and there are logistics to it. With running, you just go do it. 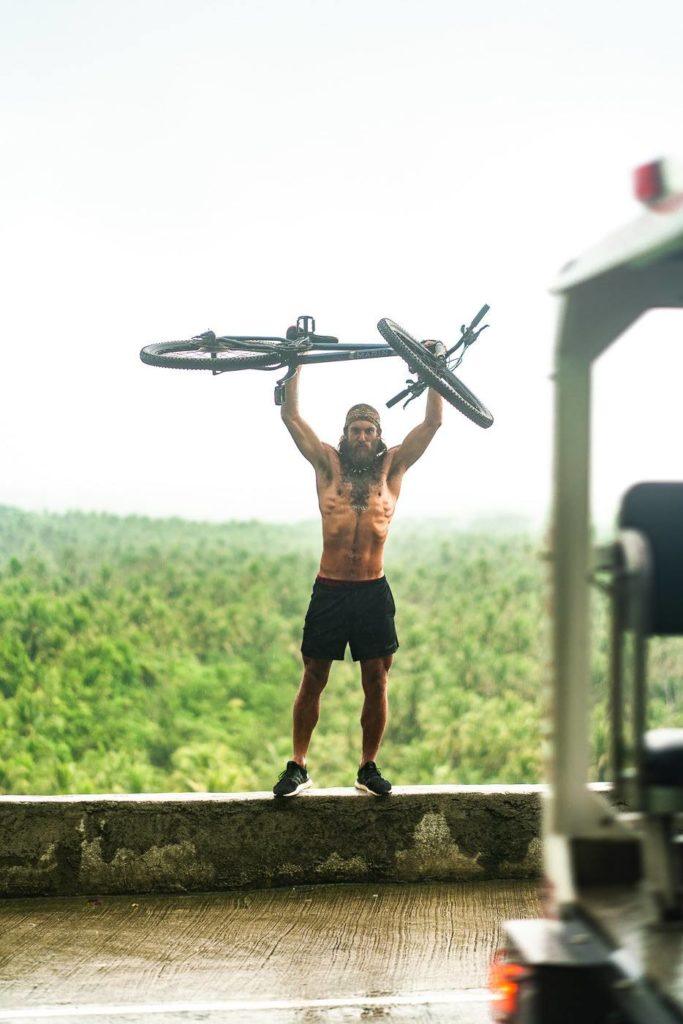 In the last two weeks of December, I headed out to Hong Kong and planned to keep the running going just 20km or so a week at a minimum. However, maybe the plane travel or tightness from the bike caught up with me and a small quad strain put a stop to that. I decided not to push it because I could still hike. My goal for Hong Kong was to do 20 hikes and create a big guide so I didn’t want to jeopardize that for a few jogs around the park. I wanted to hike in Hong Kong and the jogging was a small part of my life that would be put on hold. I managed to get through the hikes in Hong Kong with no hip sharpness but my back was sore from 6-months of hiking with a big camera bag. 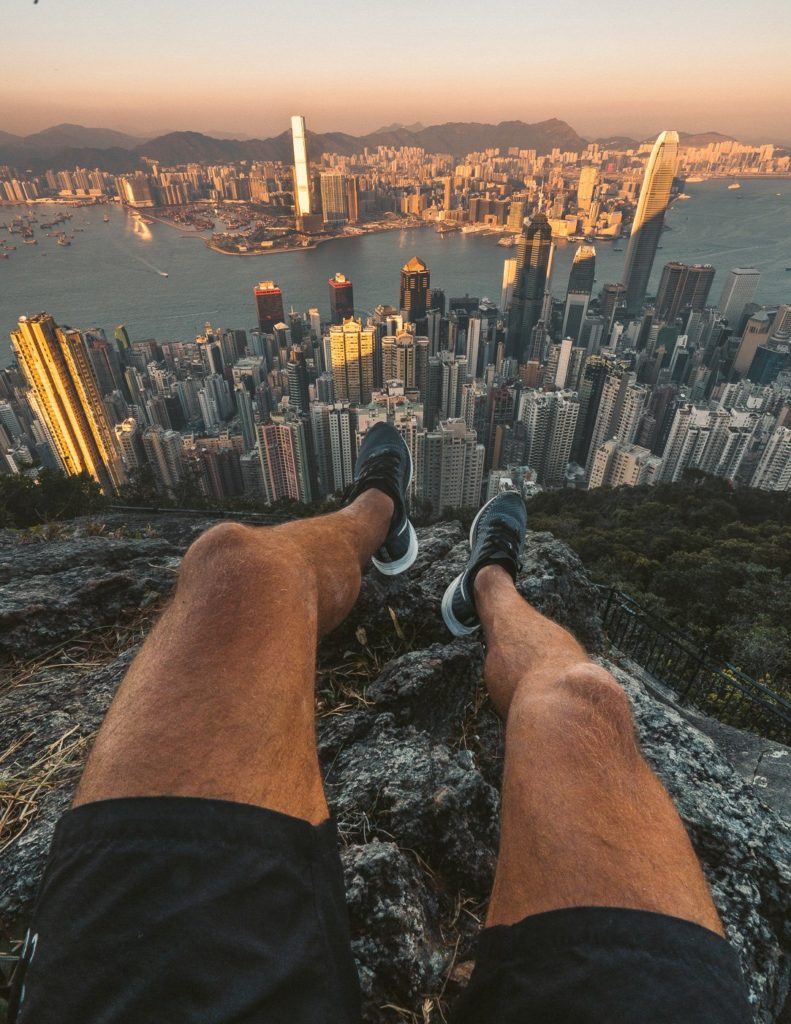 January- Month 8: I headed back to Australia and the quad was still a bit odd. Apparently there is no strain but a bit of fibrosis or scar tissue there causing inflammation when I jog, walk or cycle. It didn’t stop me from doing much but I kept the jogging to a minimum to protect it.

I rode 250km in 12 days back in Adelaide, went for two hikes up the famous Mt. Lofty and got out for three short jogs. I visited the chiropractor and a remedial massage therapist a few times to try and sort out any underlying tightness and pain to set me off into 2020 with a better base.

I was able to jog in the Relief Run, a charity run for the Red Cross, which Josh kind of organized in SA after others around Australia kicked the whole thing off. Gotta be grateful to be able. That’s where the photo came from for this week. 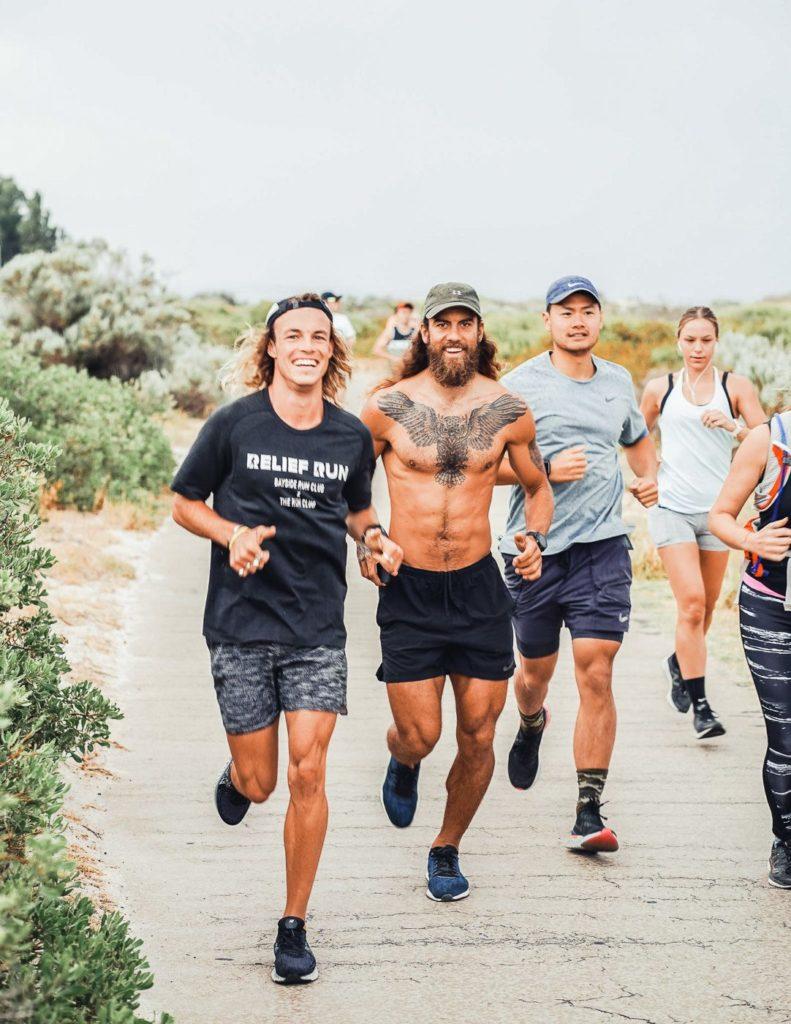 So where am I at now:

I would have taken that back in May and when I look at the whole situation, I’m just glad to be able to adventure. Sure my back hurts a lot, my hips are always misaligned, I have lots of muscular aches because of my back and hip issues, but I also have a lot to be thankful for. These are the cards I’ve been dealt and it ain’t the worst hand. I can’t compare it to friends who have no issues or rarely get injured. I can compare it to my worst-case scenario or to those who are severely limited by their body as to how they can live and what activities they can do.

From here I need to be smart and adapt as I go, slowly adding in jogging or giving ample rest when small aches or sharpness occurs.

One of my big goals for myself in 2020 is to introduce very basic yoga a minimum of 4-times a week and a basic stretching session a minimum of 4 times a week. I think this has the potential to have an impact on the tightness that while isn’t the root cause, might help reduce the onset of the symptoms that stop me from living the adventurous lifestyle I crave. 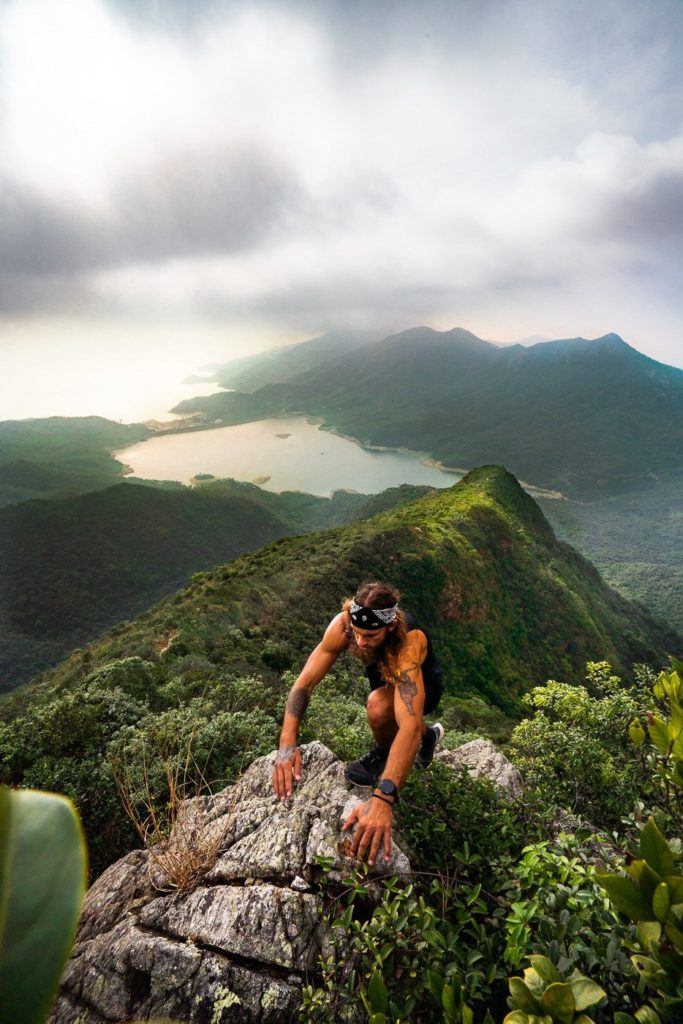