Each country has its own spirit that shines through. It hits you at a certain moment throughout your trip and you can really feel the essence of a country. It can be hard to recognize at times and often it may be missing altogether in some situations. However, it’s important to remember that every country has its own version of ‘Aloha’ and you can never count it out even in situations where you are sure it may not exist.

This past ten days in Tunisia has been an adventure of up and downs. Tunisia is a country re-building from the 2011 Arab Spring in more ways than just infrastructure. It’s tourism industry took a big hit during the Arab Spring but also took even bigger hits to It’s western market when mass shootings happened to foreign tourists only four years ago. Nothing bad at all happened on my trip, it’s just an important precursor to help you understand the current state of travel in Tunisia. You need to know where they have come from and what they have been through to understand where they are today. 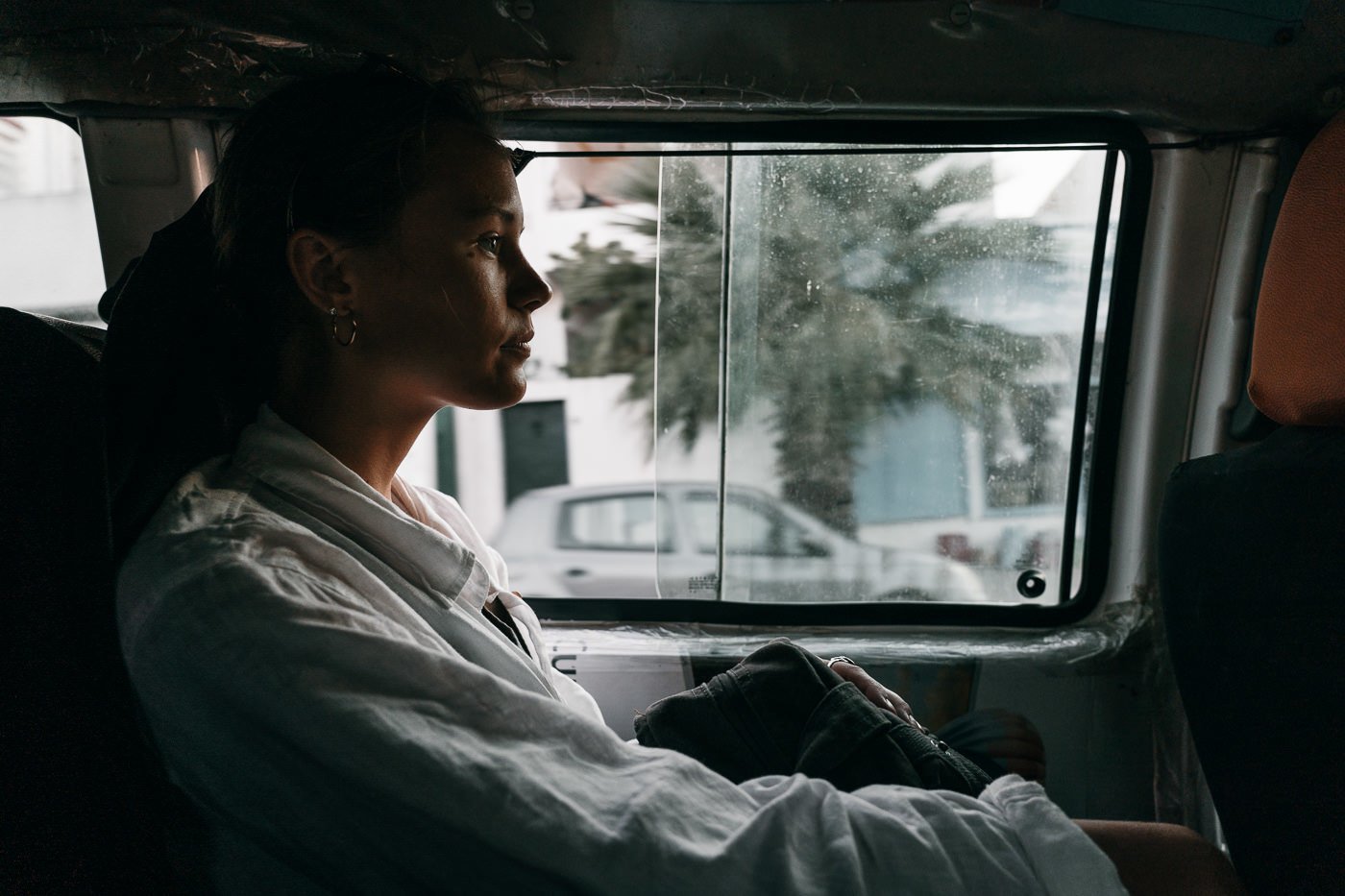 I’ll start with the bottom line rather than finish with it. Tunisia is not travel ready for regular tourists. Group tours, guided tours and bus ventures may work out but self-guided tours around the country are met by a continuous string of unexpected obstacles.

I’m going to lay out the reasons why Tunisia still has a long way to go but also the reasons why it has a lot to offer. If you want to skip straight to the good stuff – the photos and adventures – it’s all at the bottom of this blog post!

The observations for me that suggest Tunisia isn’t yet ready for (more) tourism:

There were lots of other hiccups on top of those in just ten days but having said all that it was still of course a fun trip! 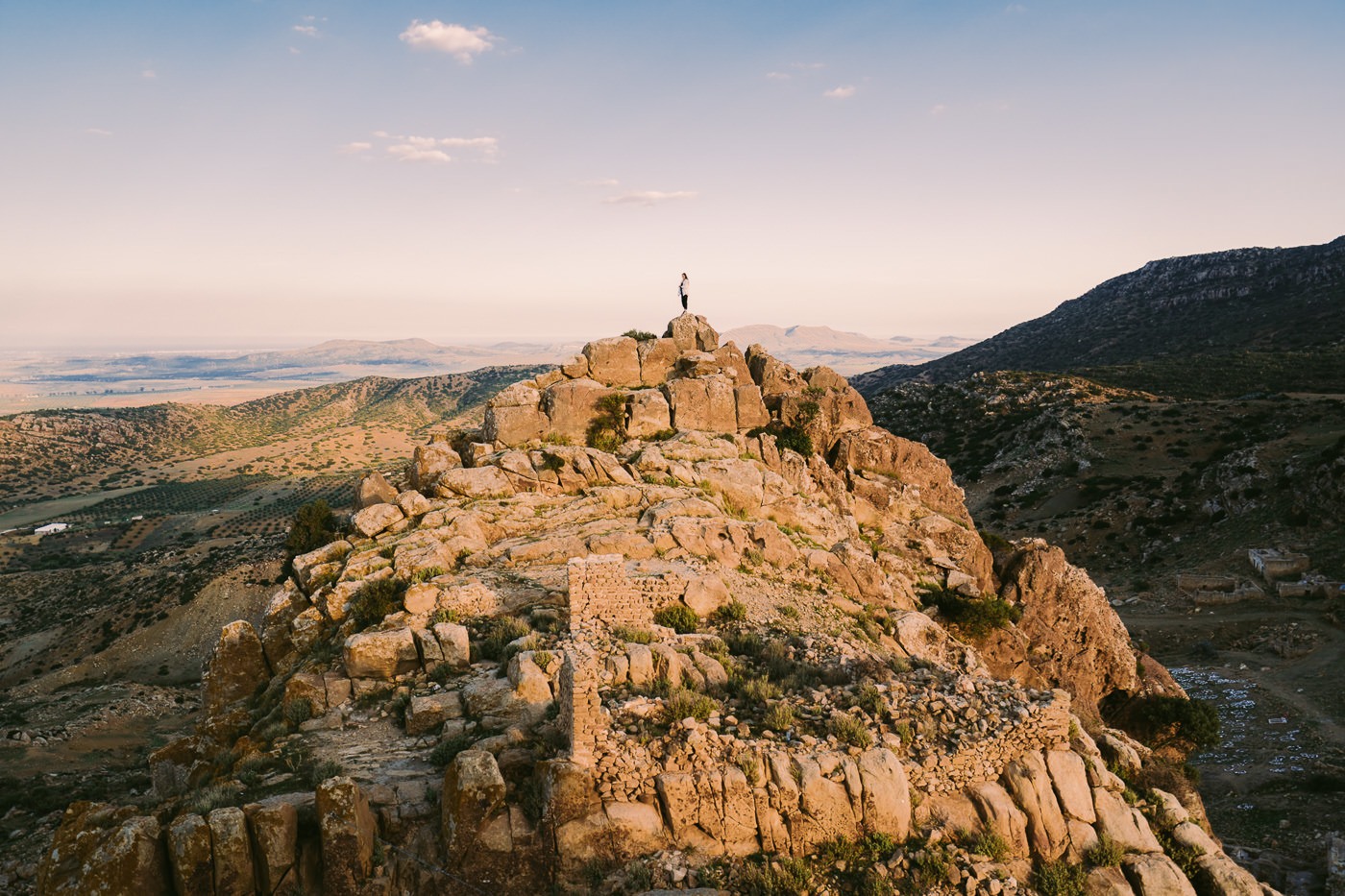 The spirit of Tunisia is there for all to bear witness

I don’t normally go through negatives like that of a country but there were a lot of moments in Tunisia where it was quite frustrating even for someone with a number of years of travel under their belt. There were just too many moments that left me puzzled as to what on earth was going on so I thought I’d give a little candid insight into the week. When I look at the photos it looks like an epic 10 days and there were great moments but overall there are equally as many ‘What the!’ moments as there were beautiful landscapes.

With those negative and positive observations addressed, I’ll share the three highlights of the trip with you.

The first was Djerbahood, a neighborhood on the island of Djerba that has had over 150 artists come and paint murals on its walls. It’s incredible to walk through and see different styles of artwork in a village where people are living as per normal. Some of the artworks are just beautiful designs or animals while others have a political message or a deeper meaning. 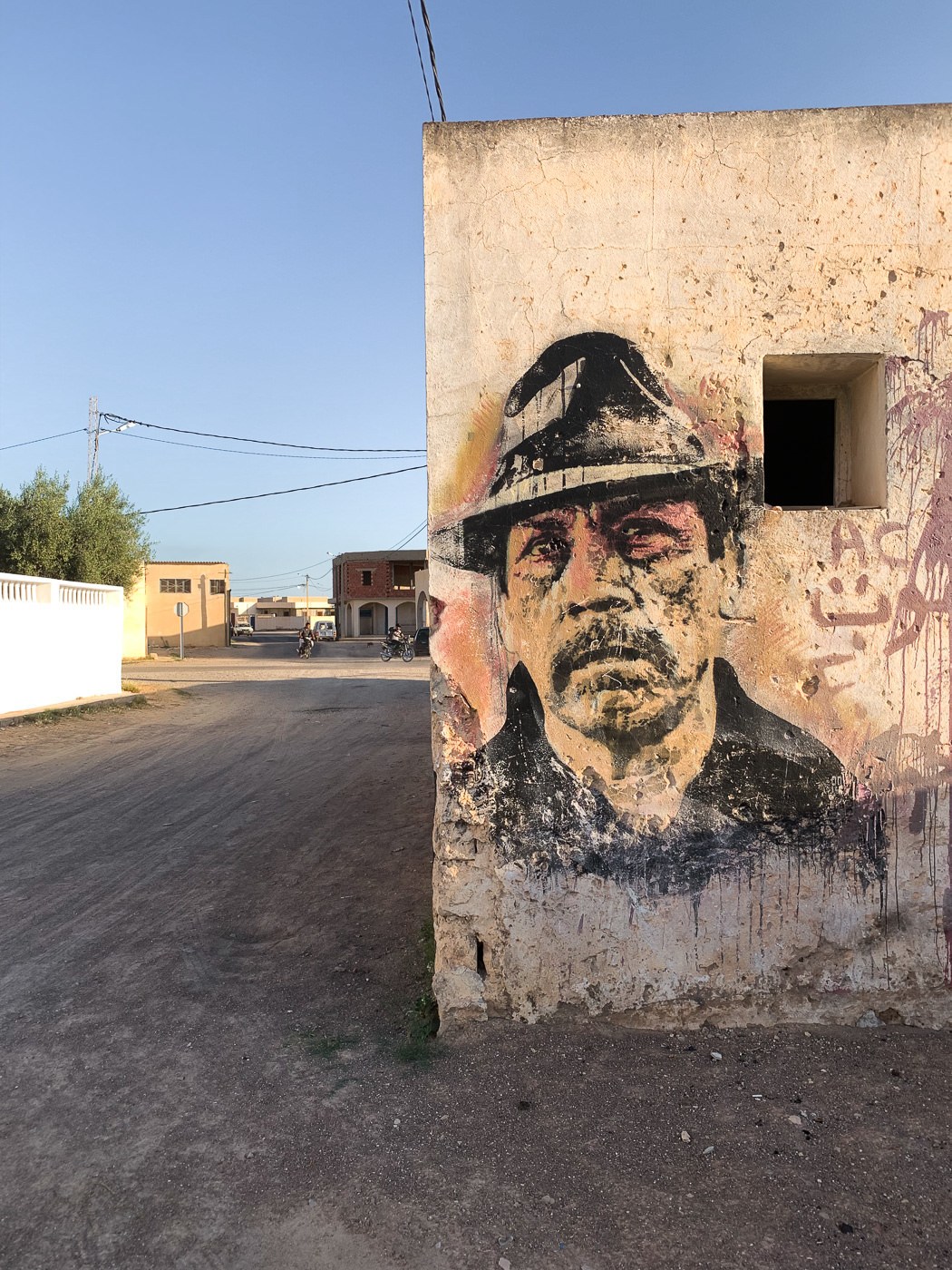 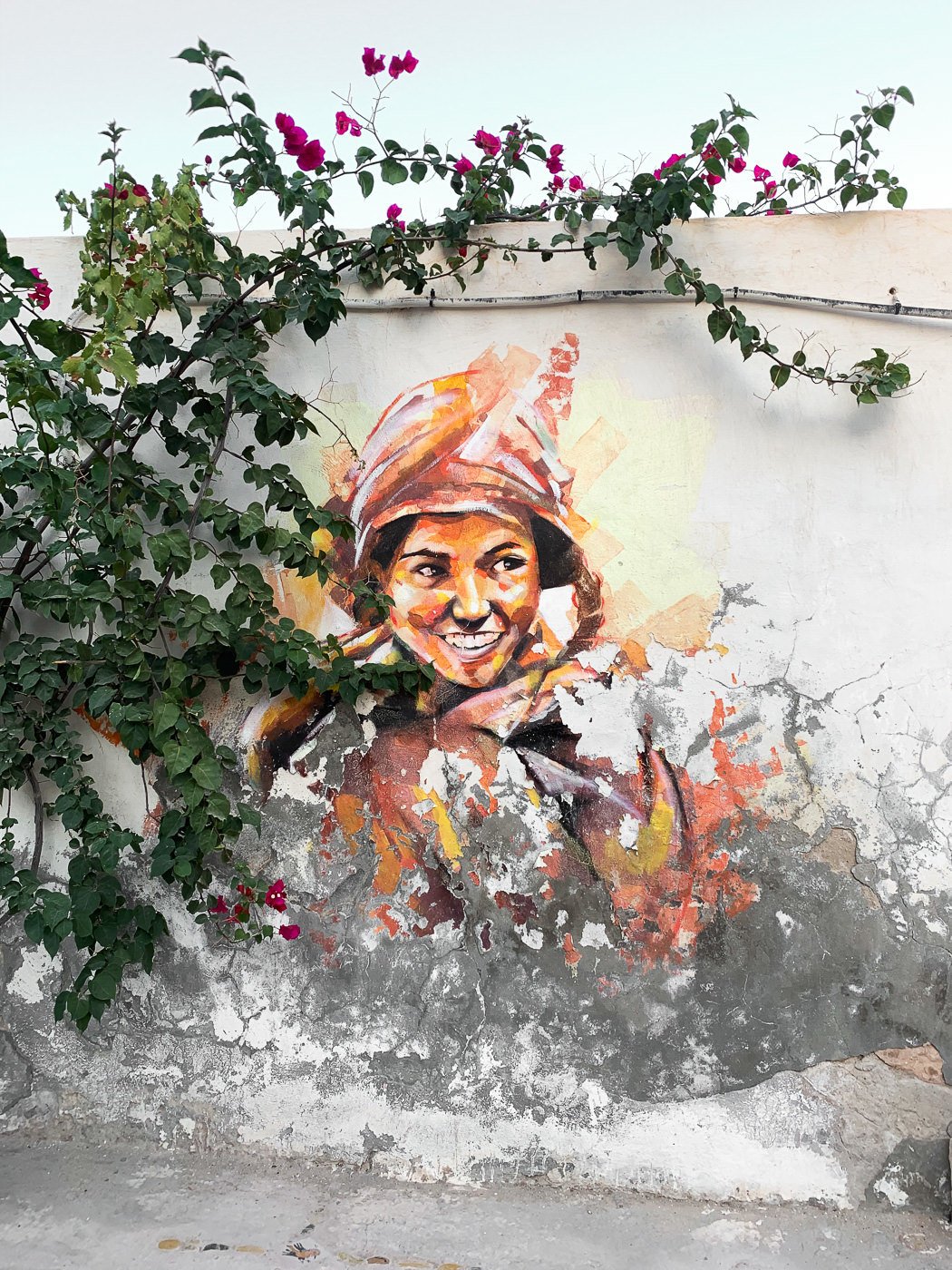 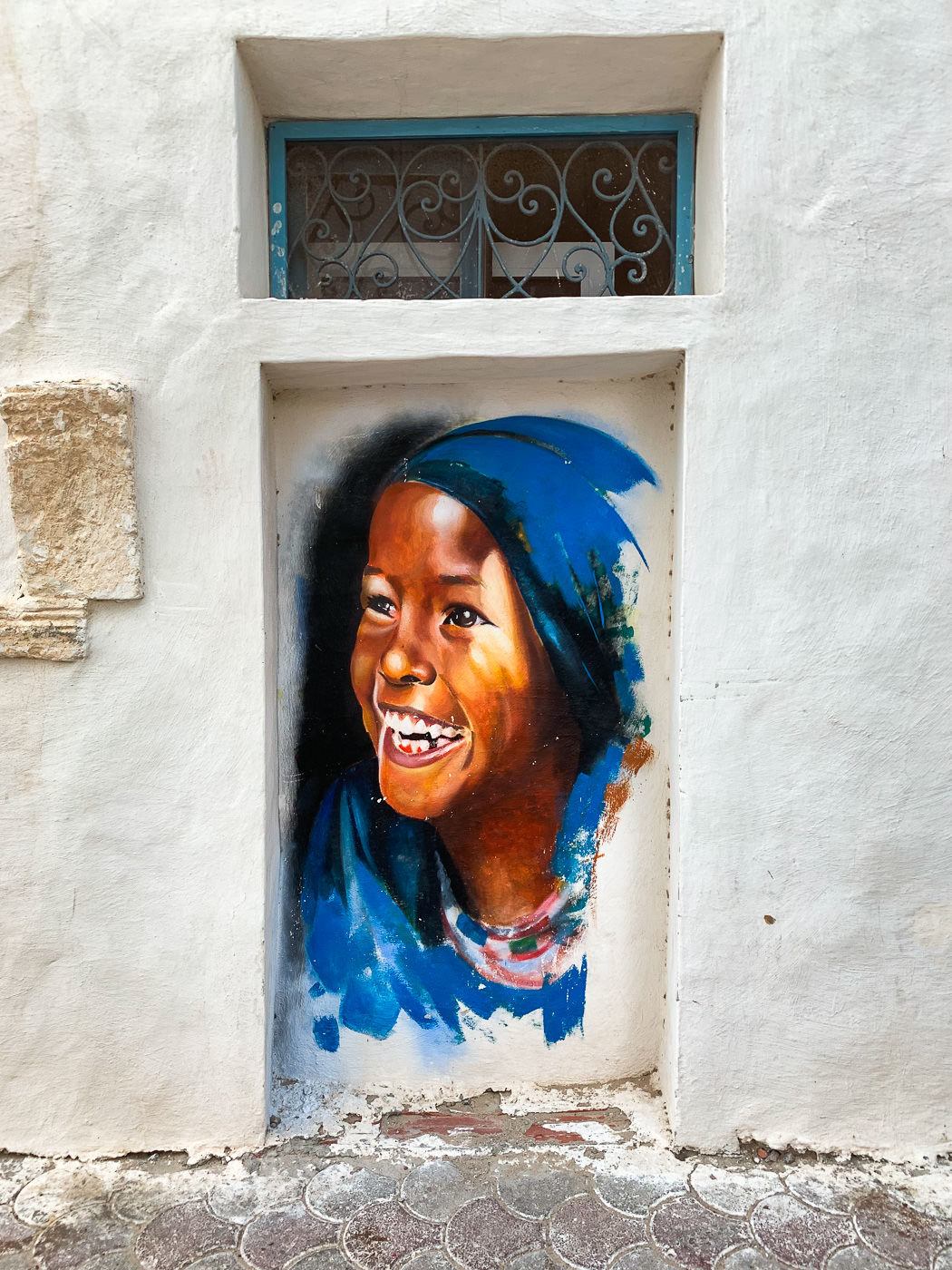 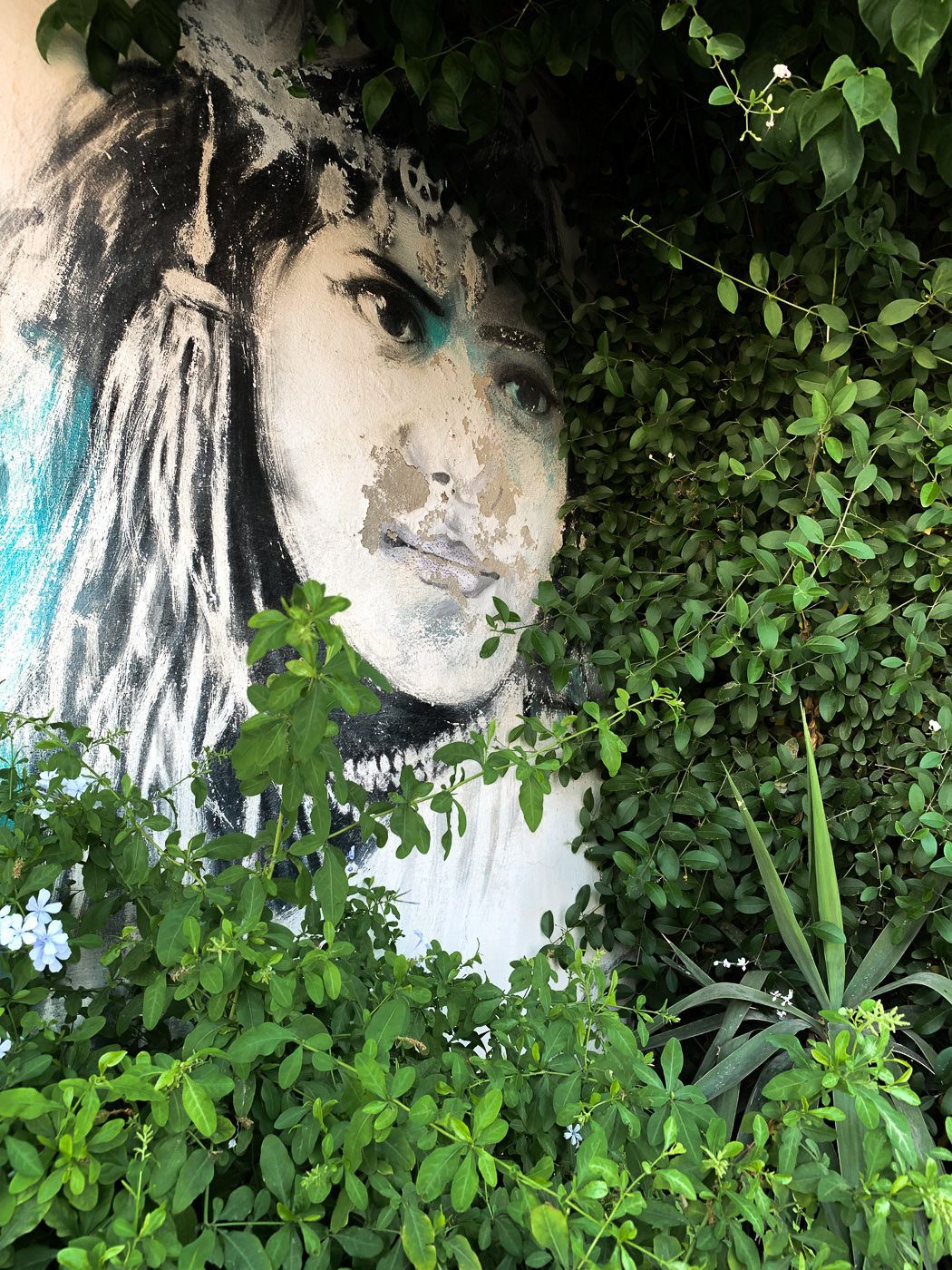 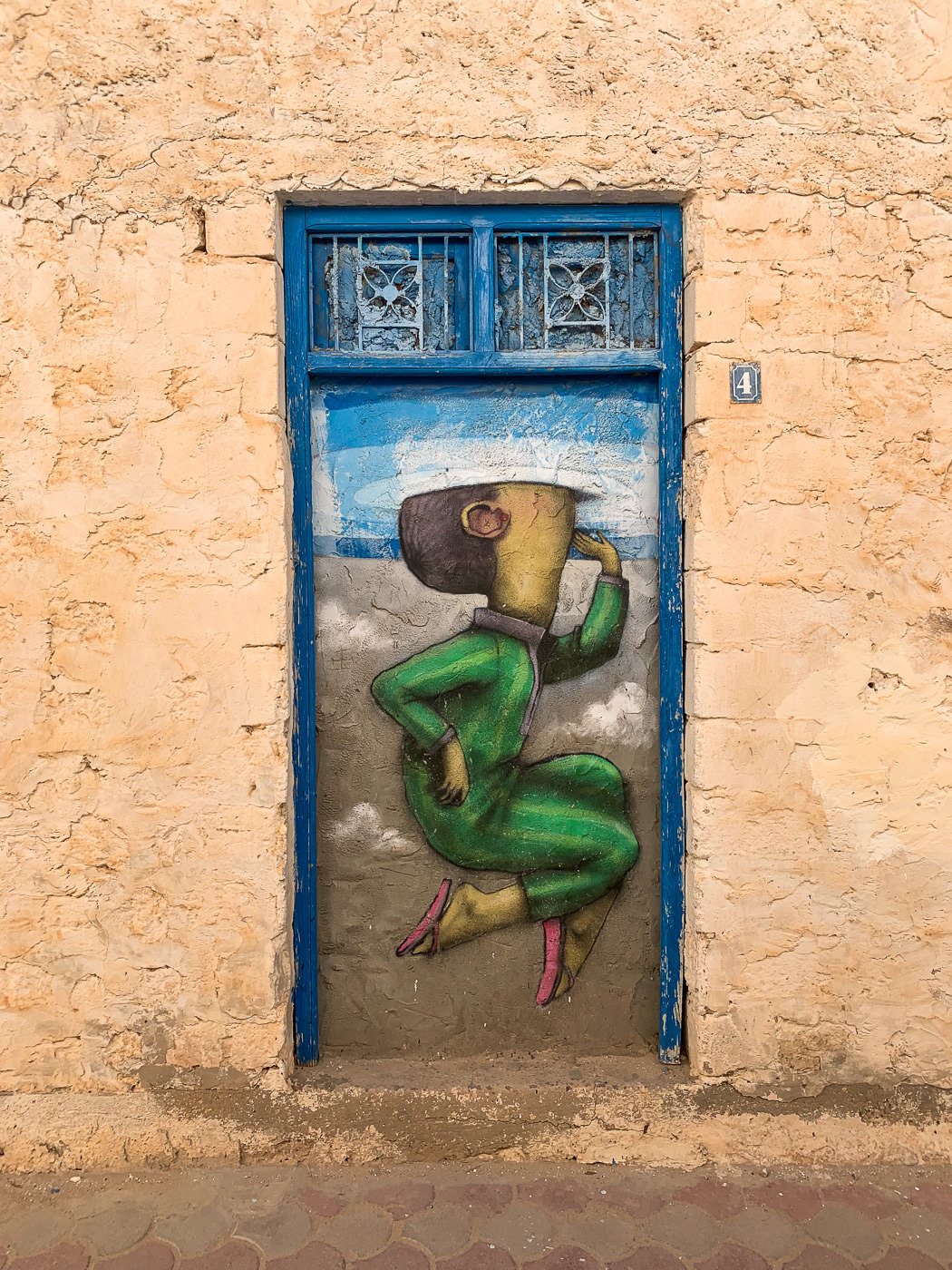 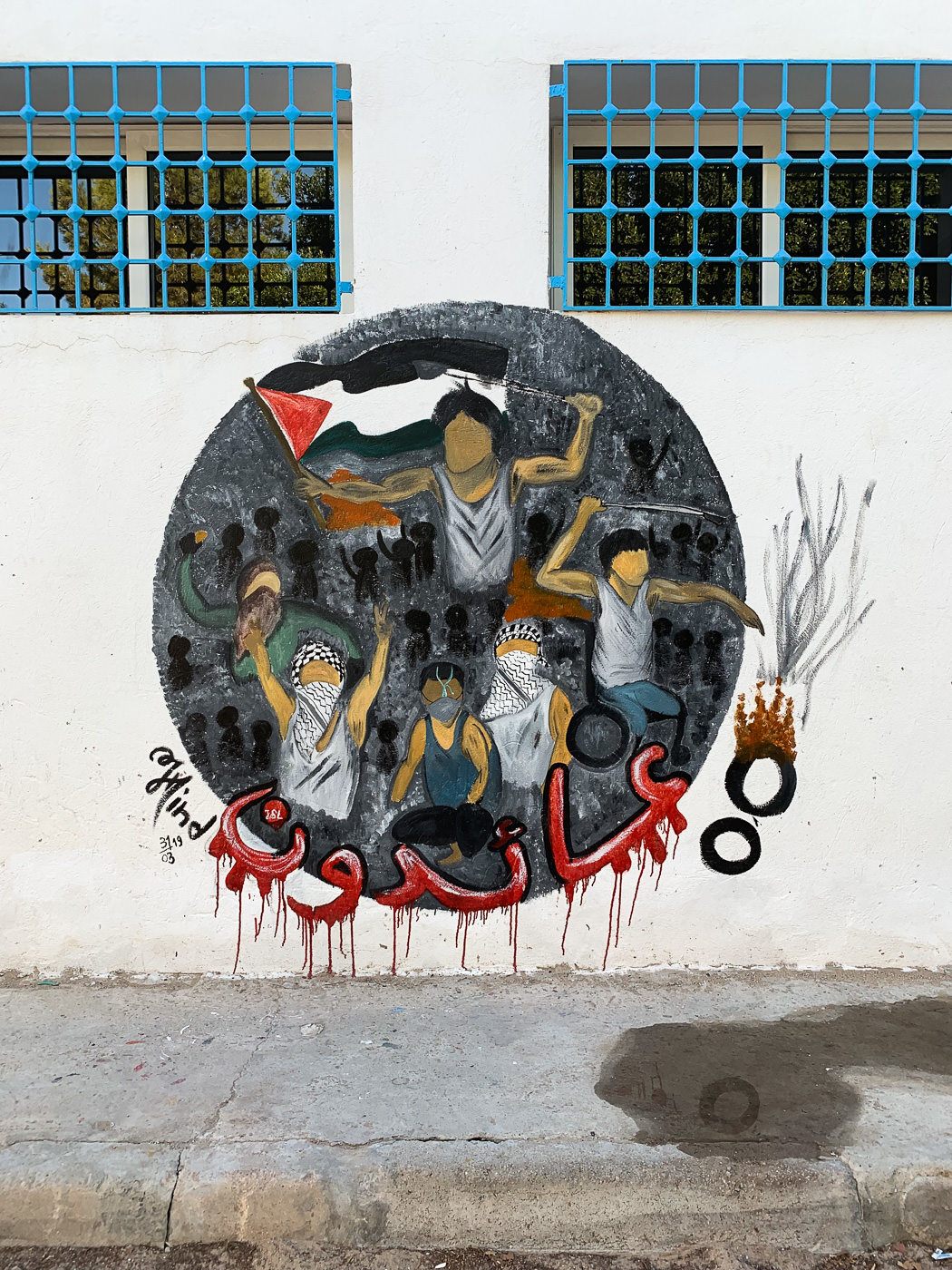 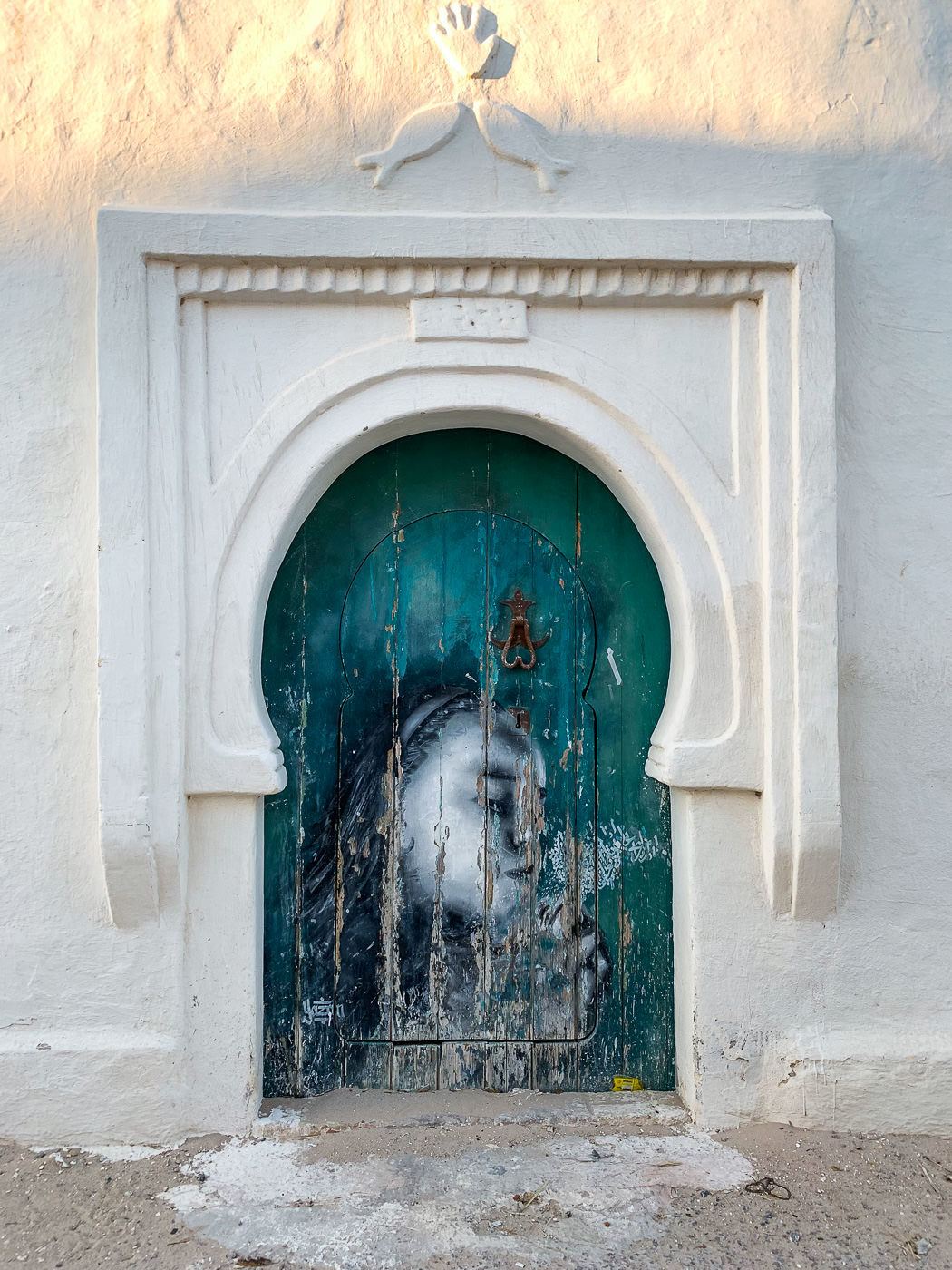 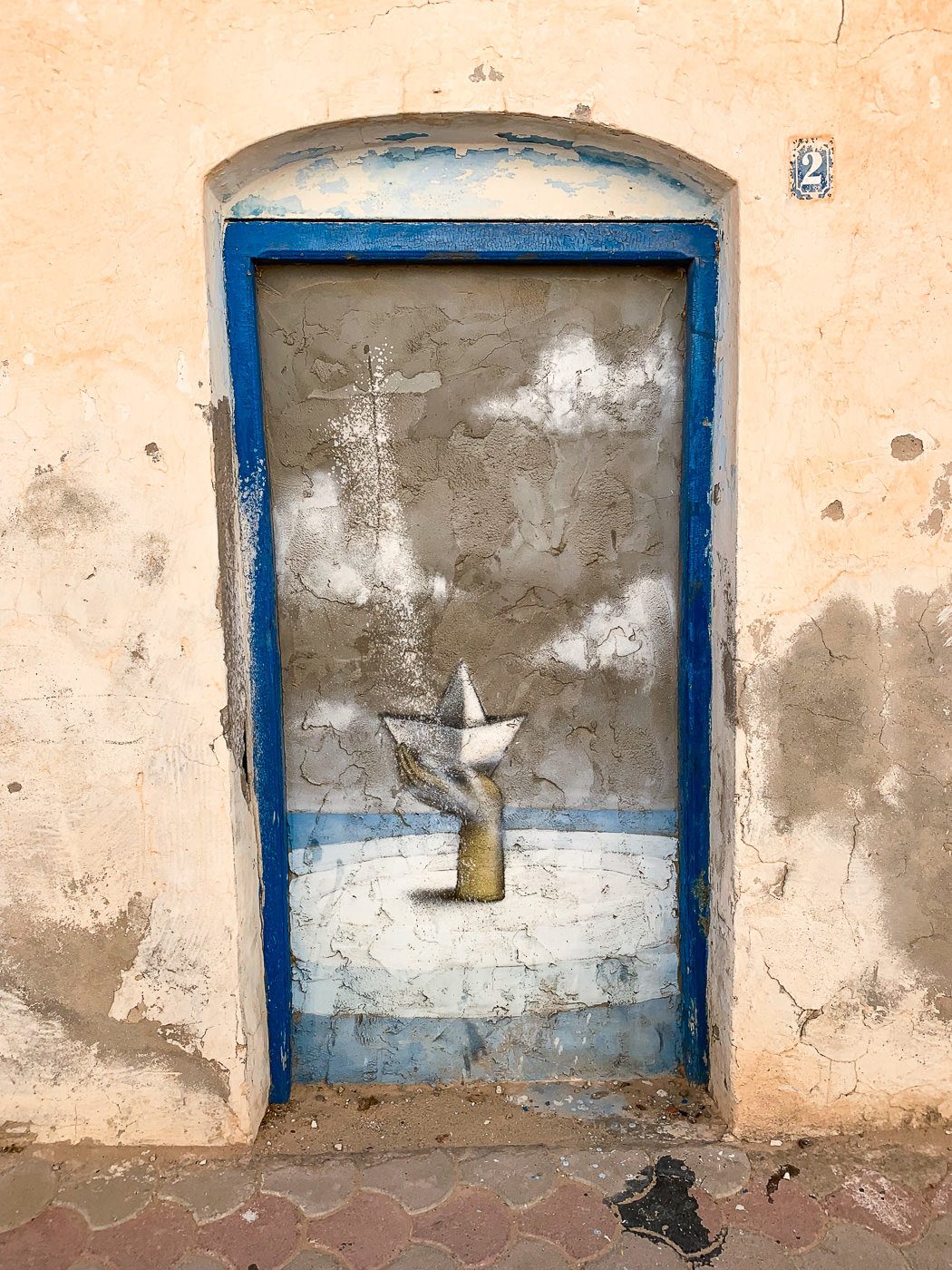 The highlight of the trip was hiking to the top of Djebel Zaghouan, a summit in the town of Zaghouan, which is about one hour from Tunis. It was a 20km round-trip hike with over 1200m of incline throughout the day. The Zaghouan Mountain Association sent a few members from Tunis to guide us for free and share their local knowledge with us. 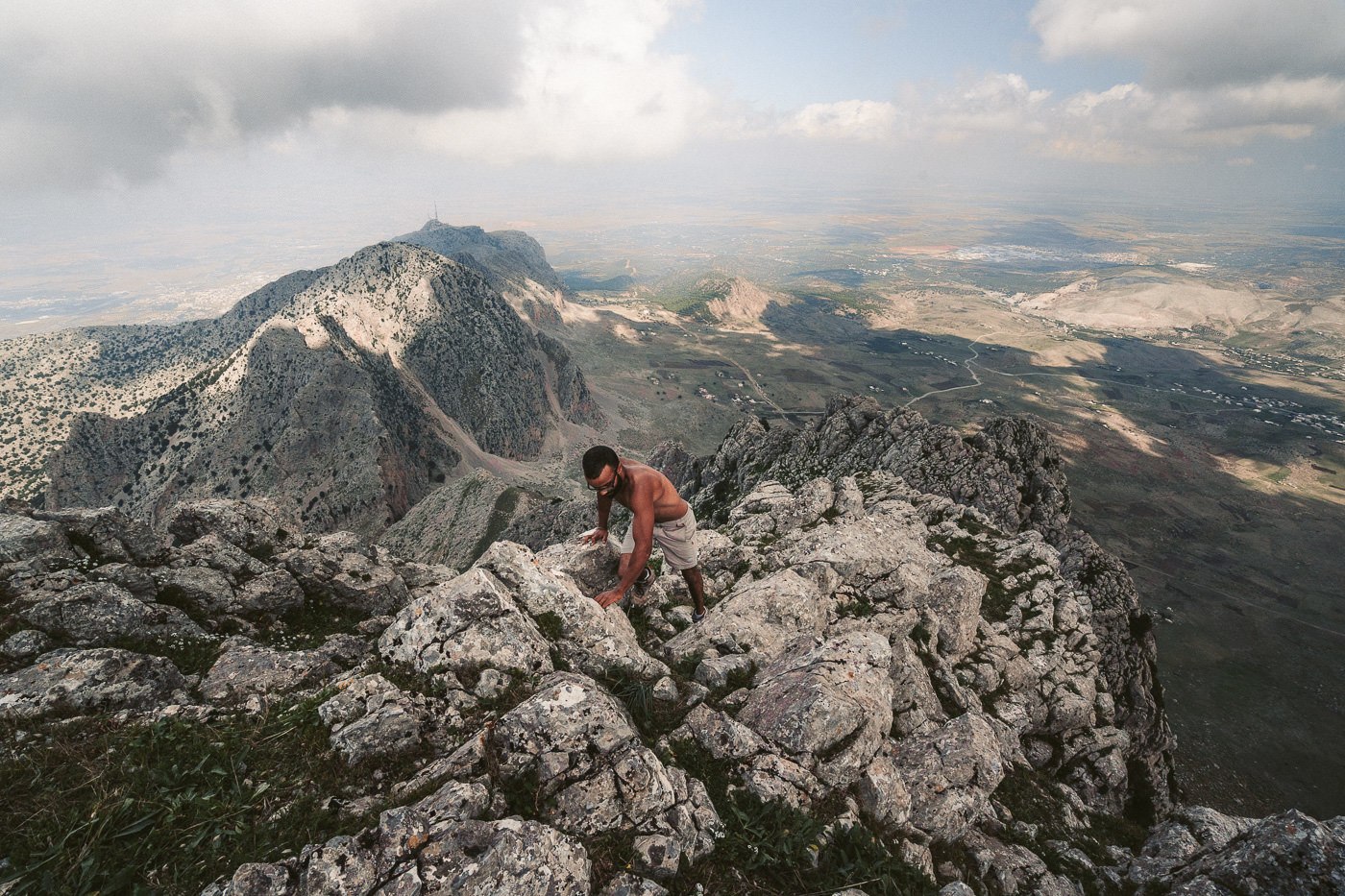 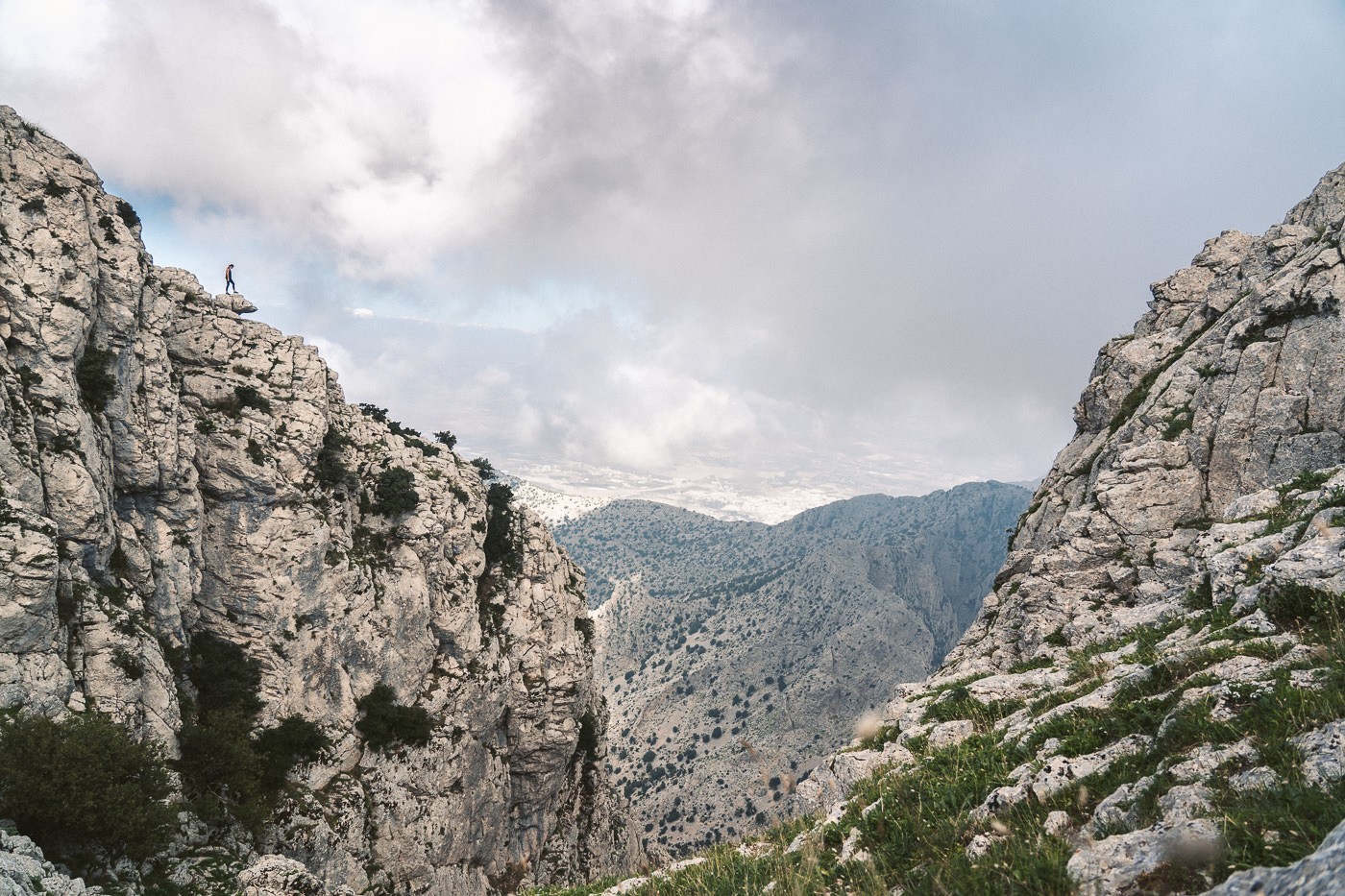 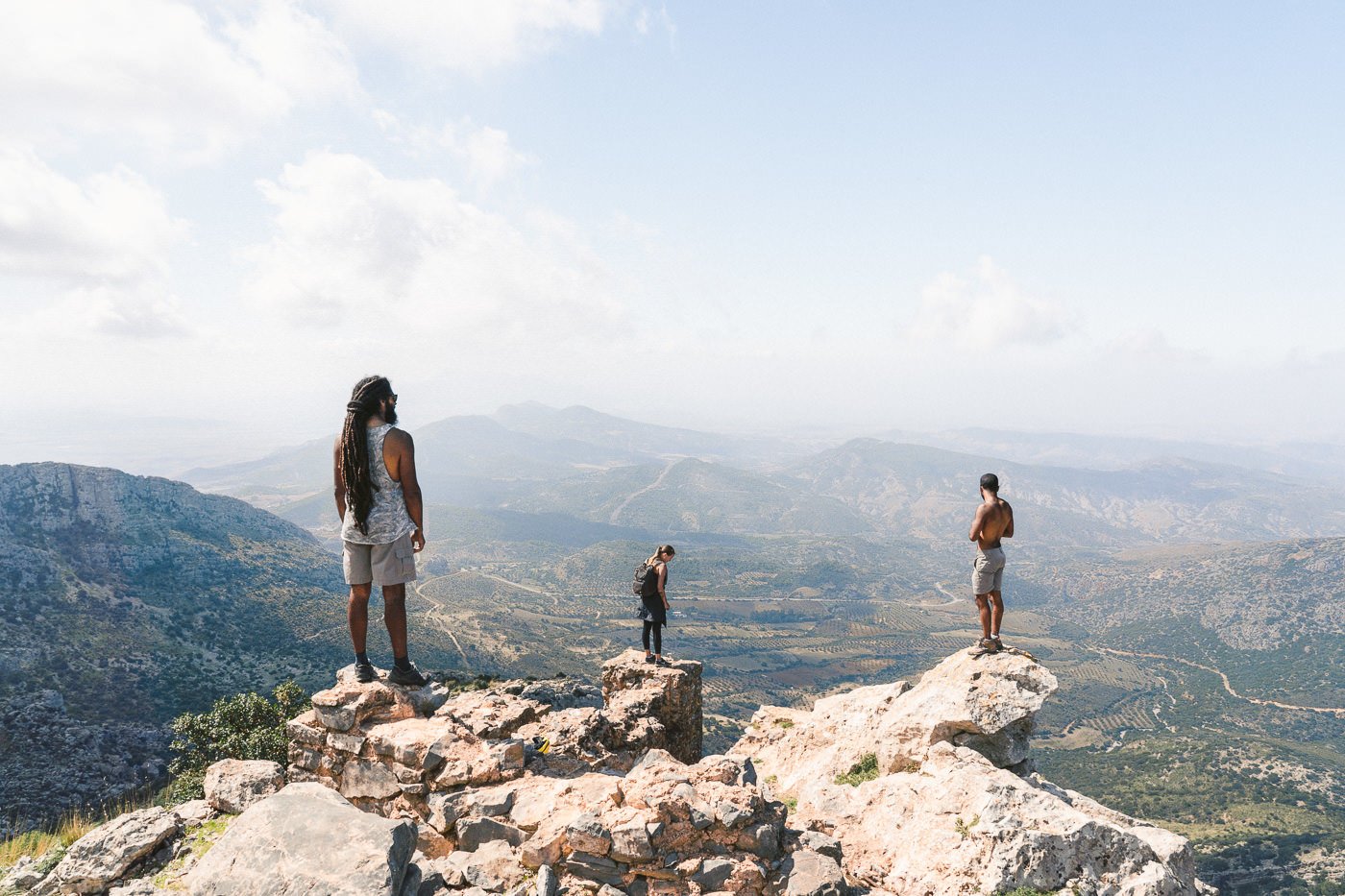 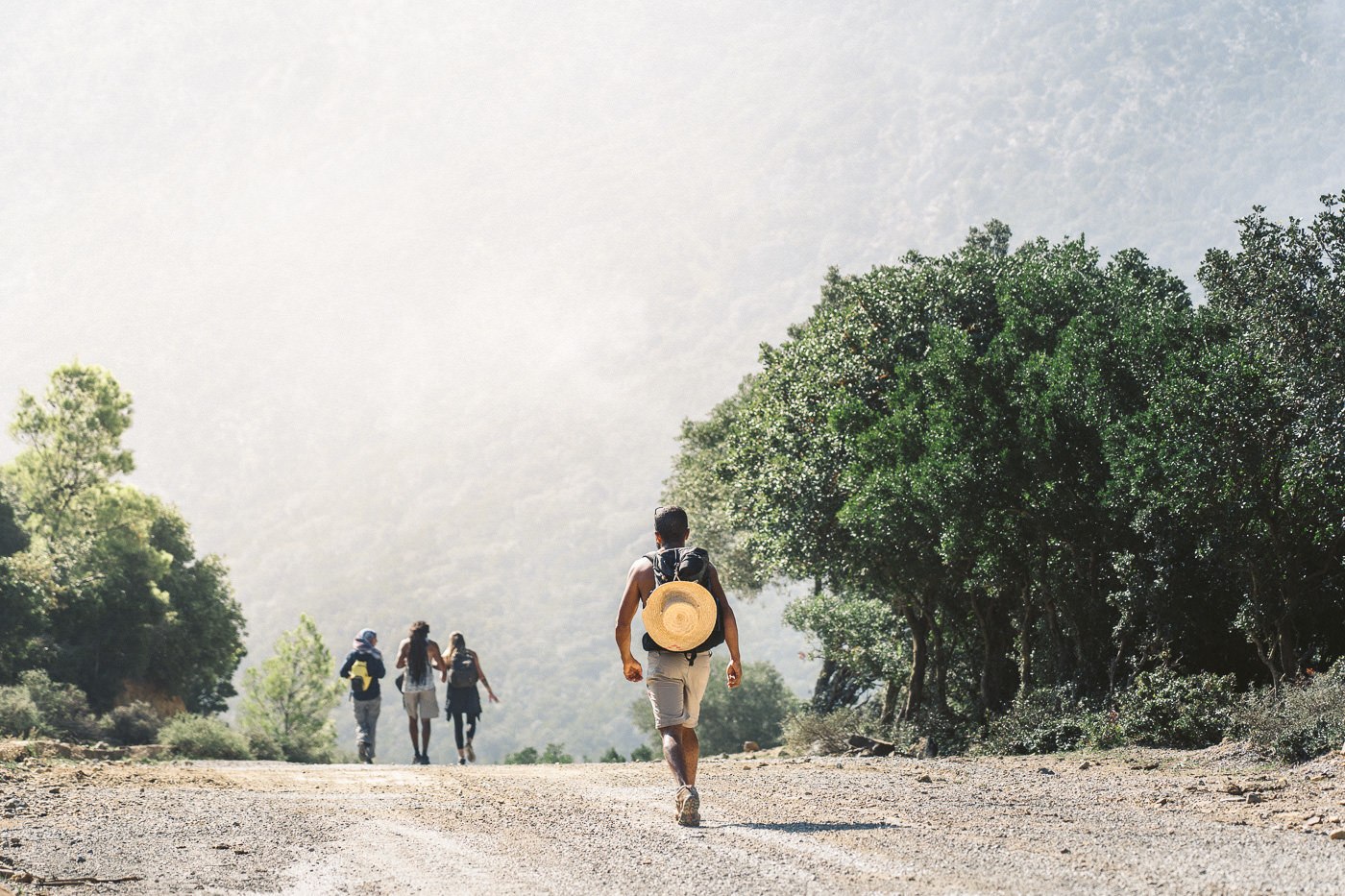 The unexpected highlight of the trip was visiting Zriba Oliya, which is an abandoned village in the mountains. The residents left it to start a new town in a lower area in the 1960’s and now it is in ruins. You can explore through the rooms, arches, buildings and even climb on the peaks that sit either side of the village. It was a magical spot to watch our last sunset in Tunisia. 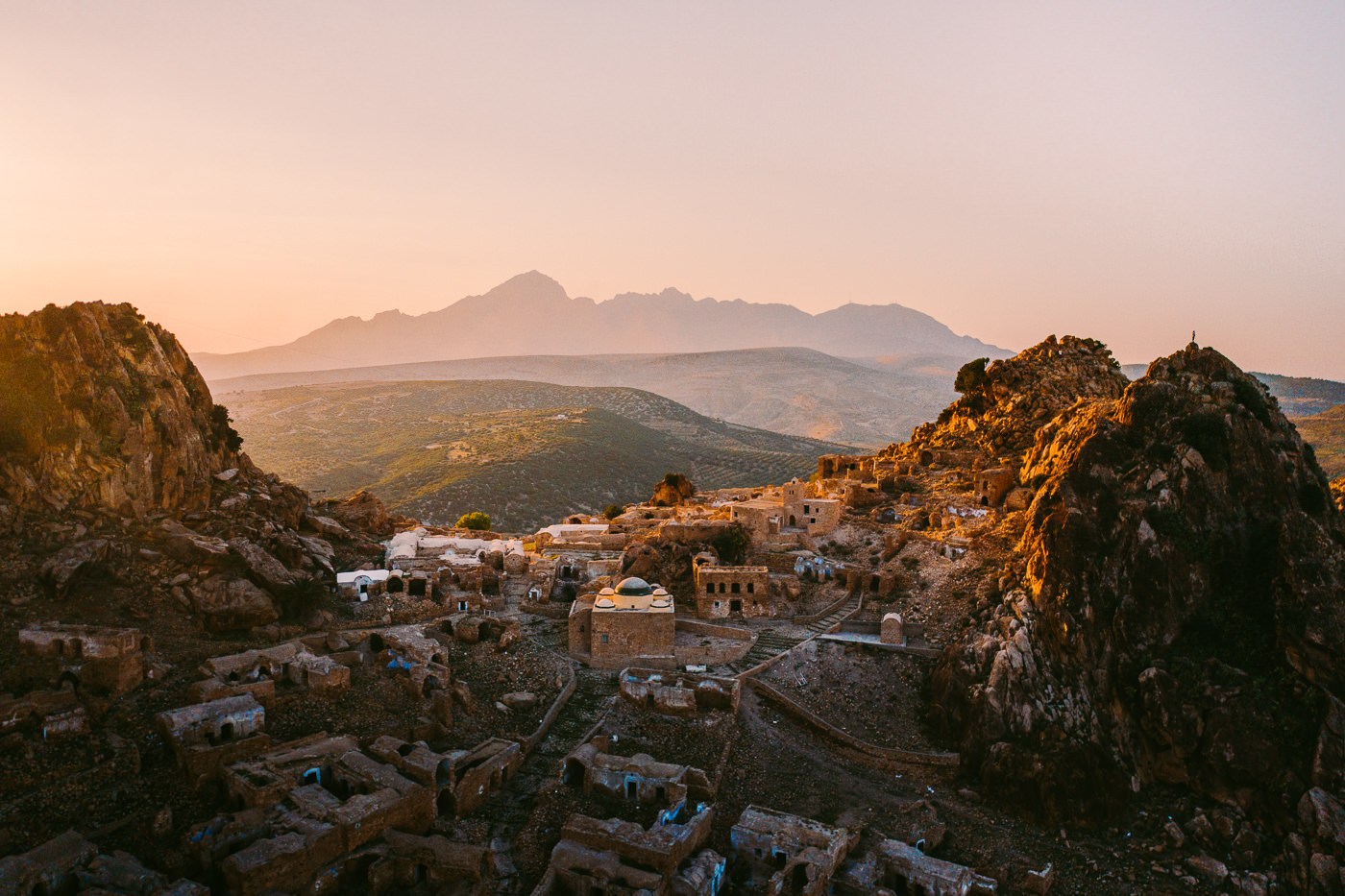 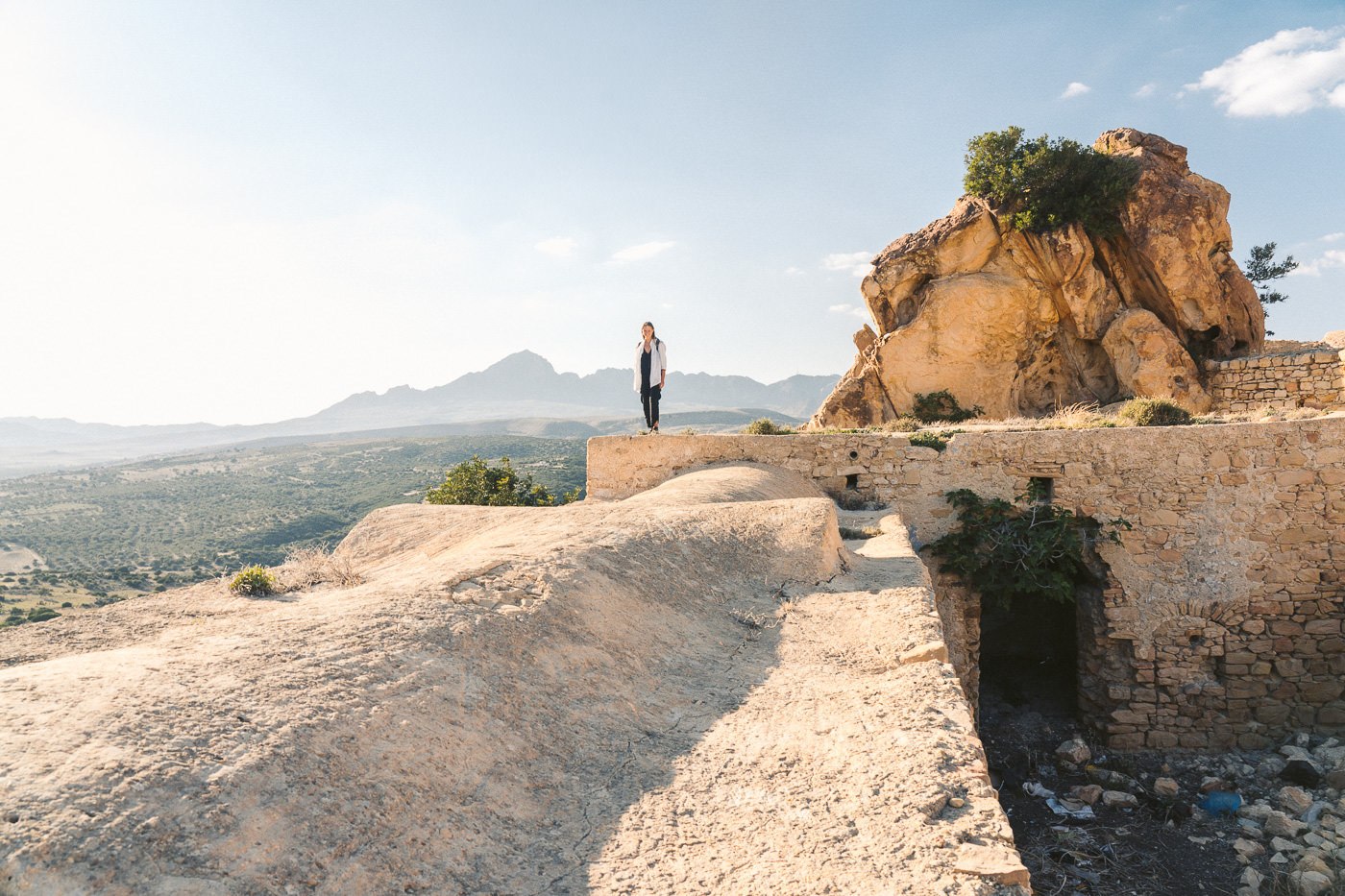 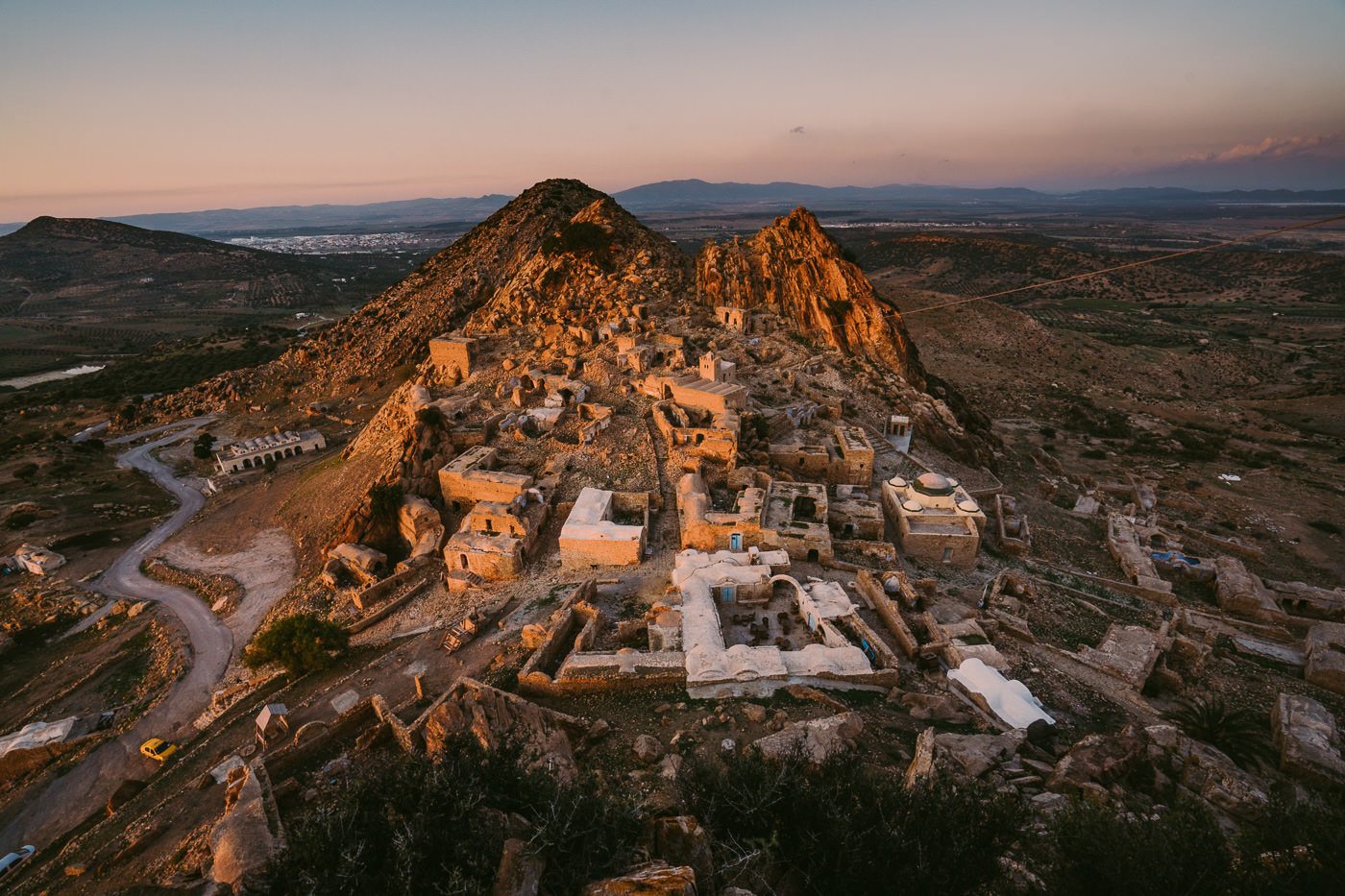 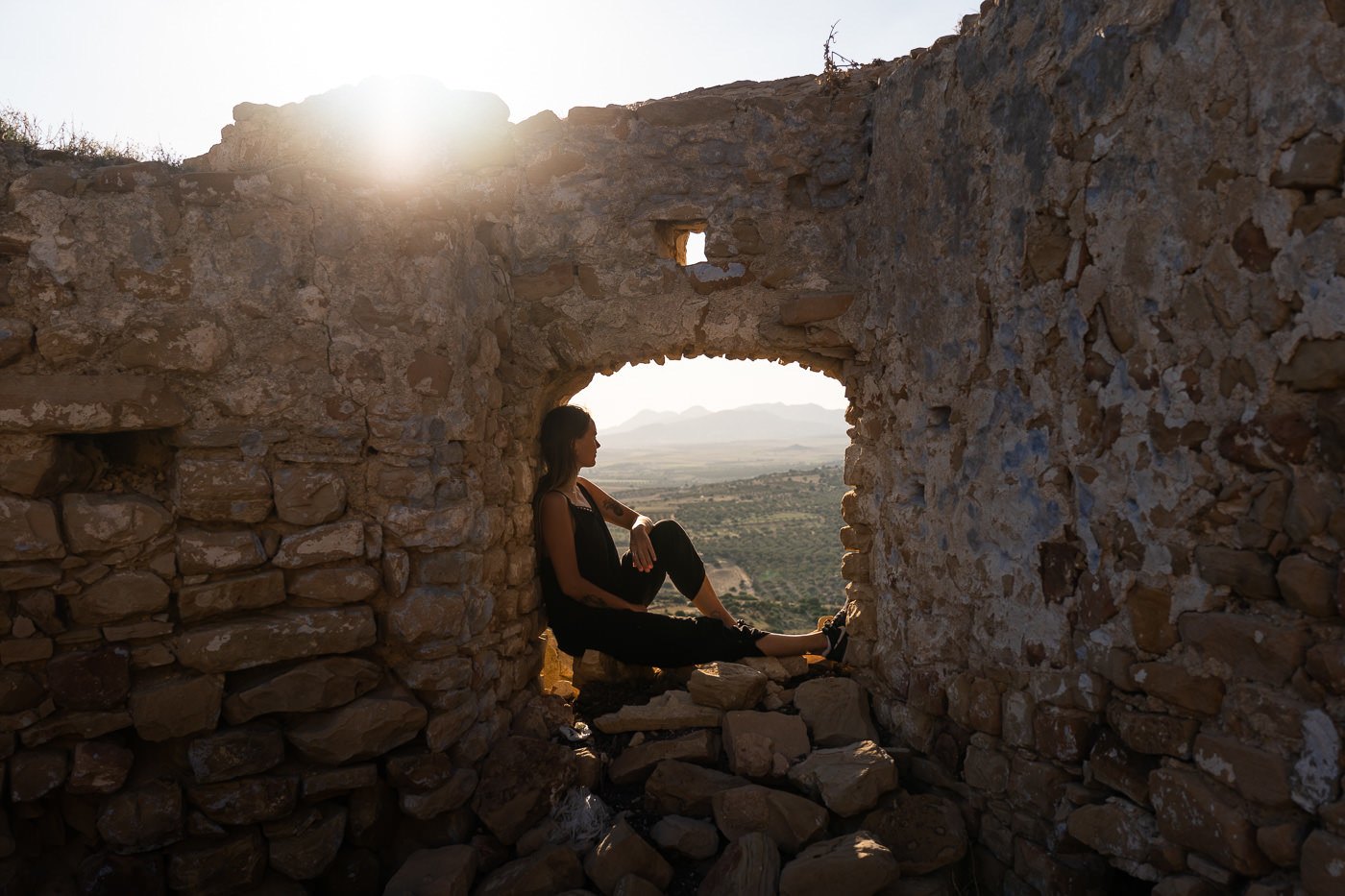 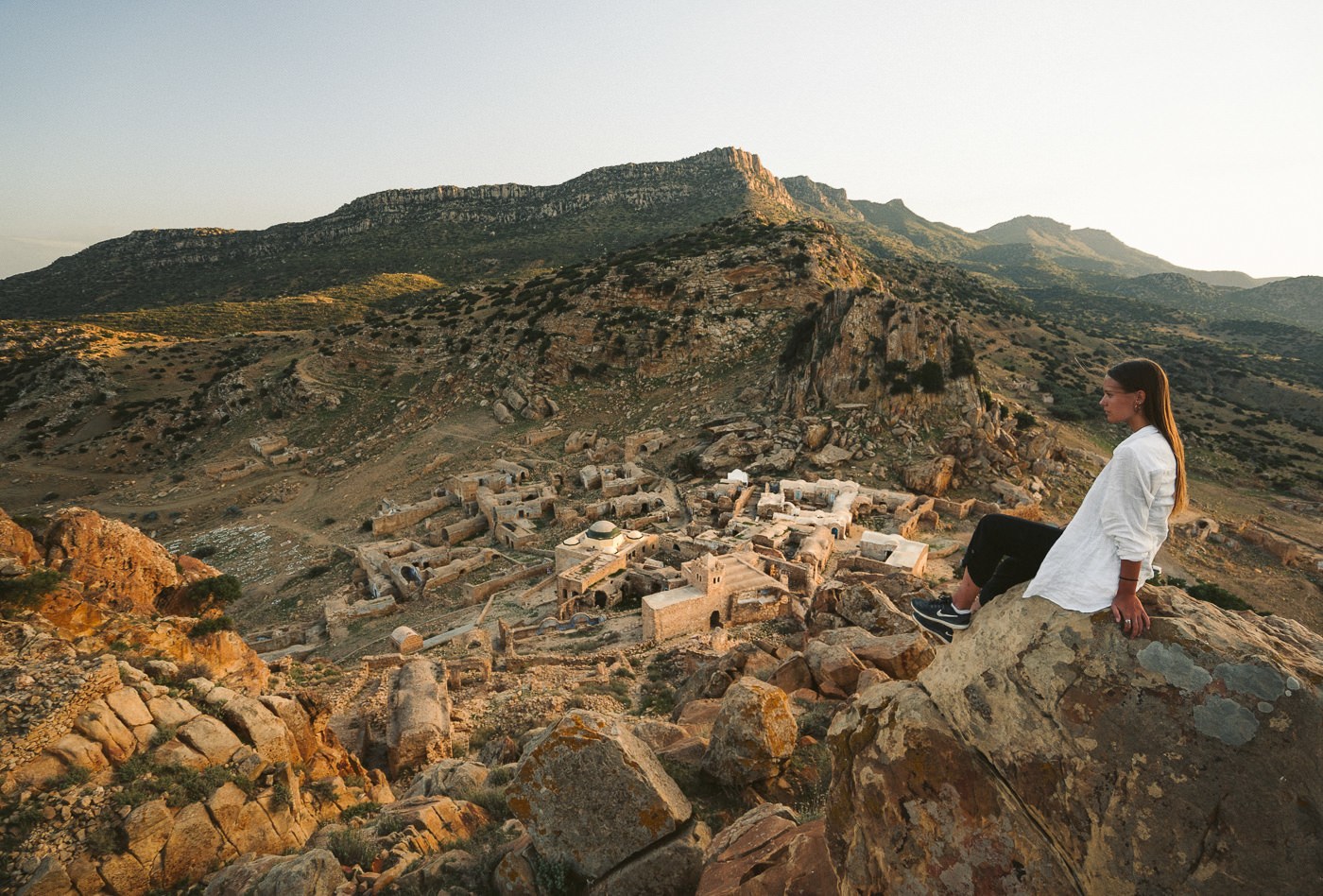 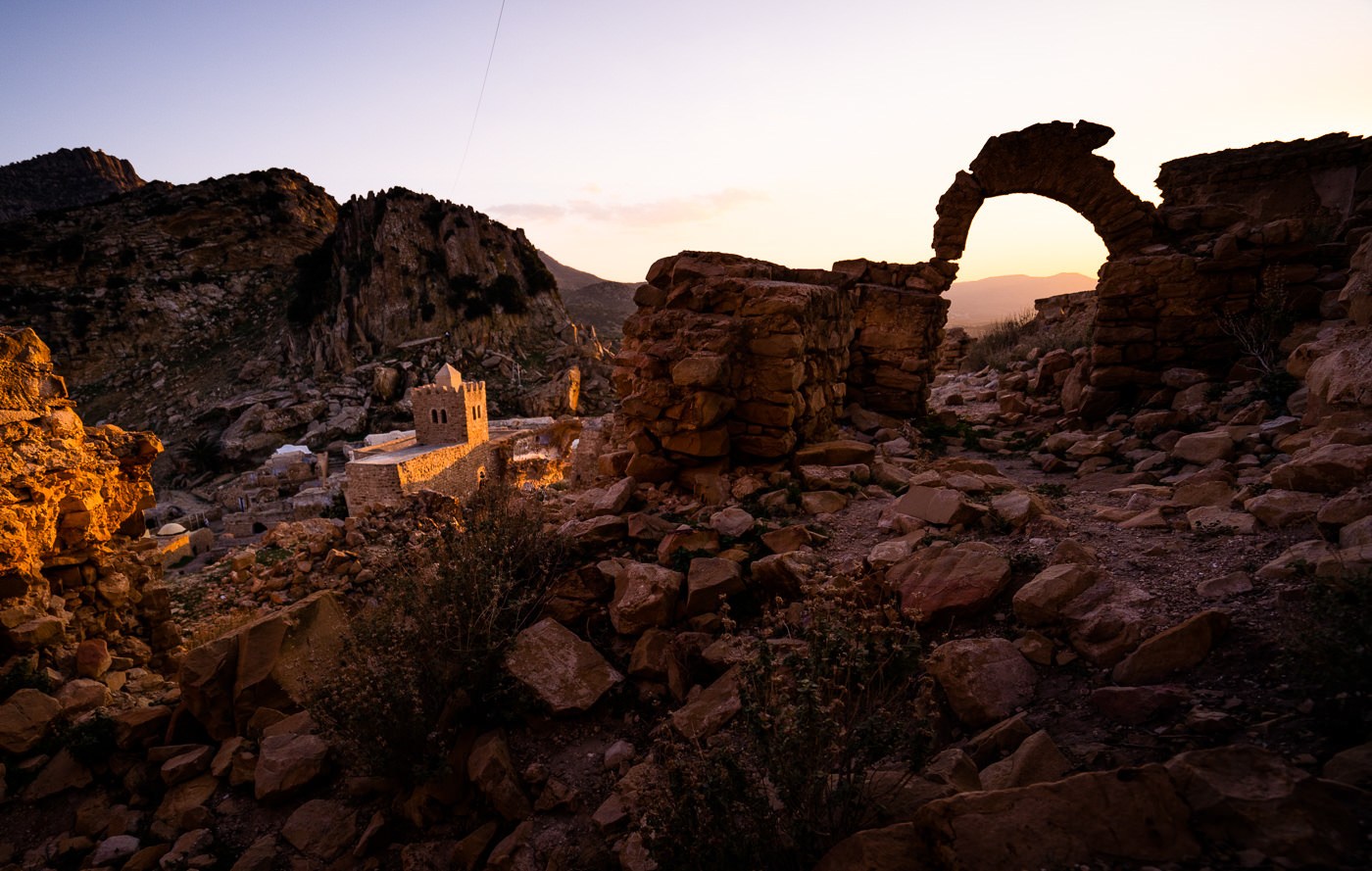 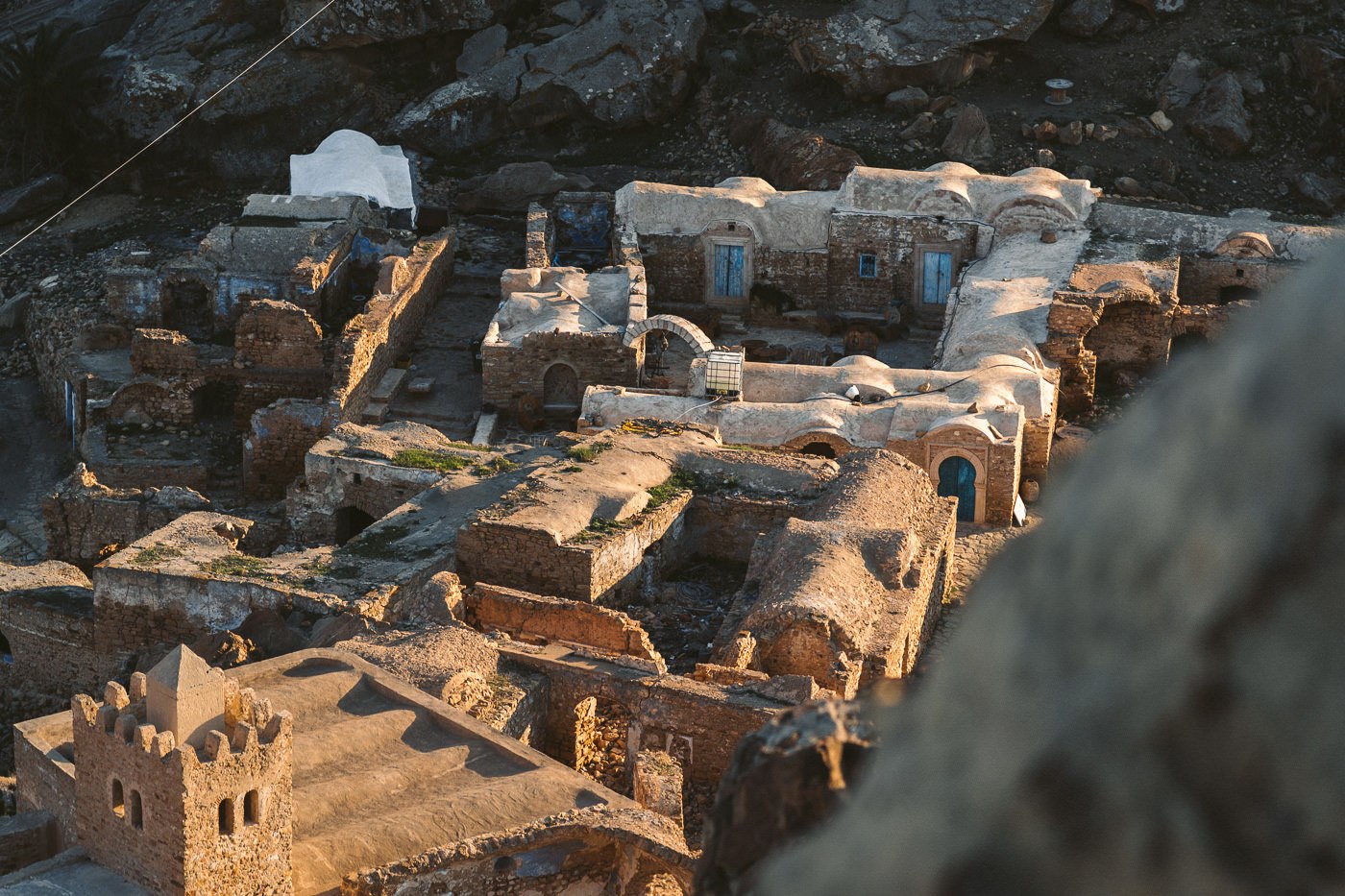 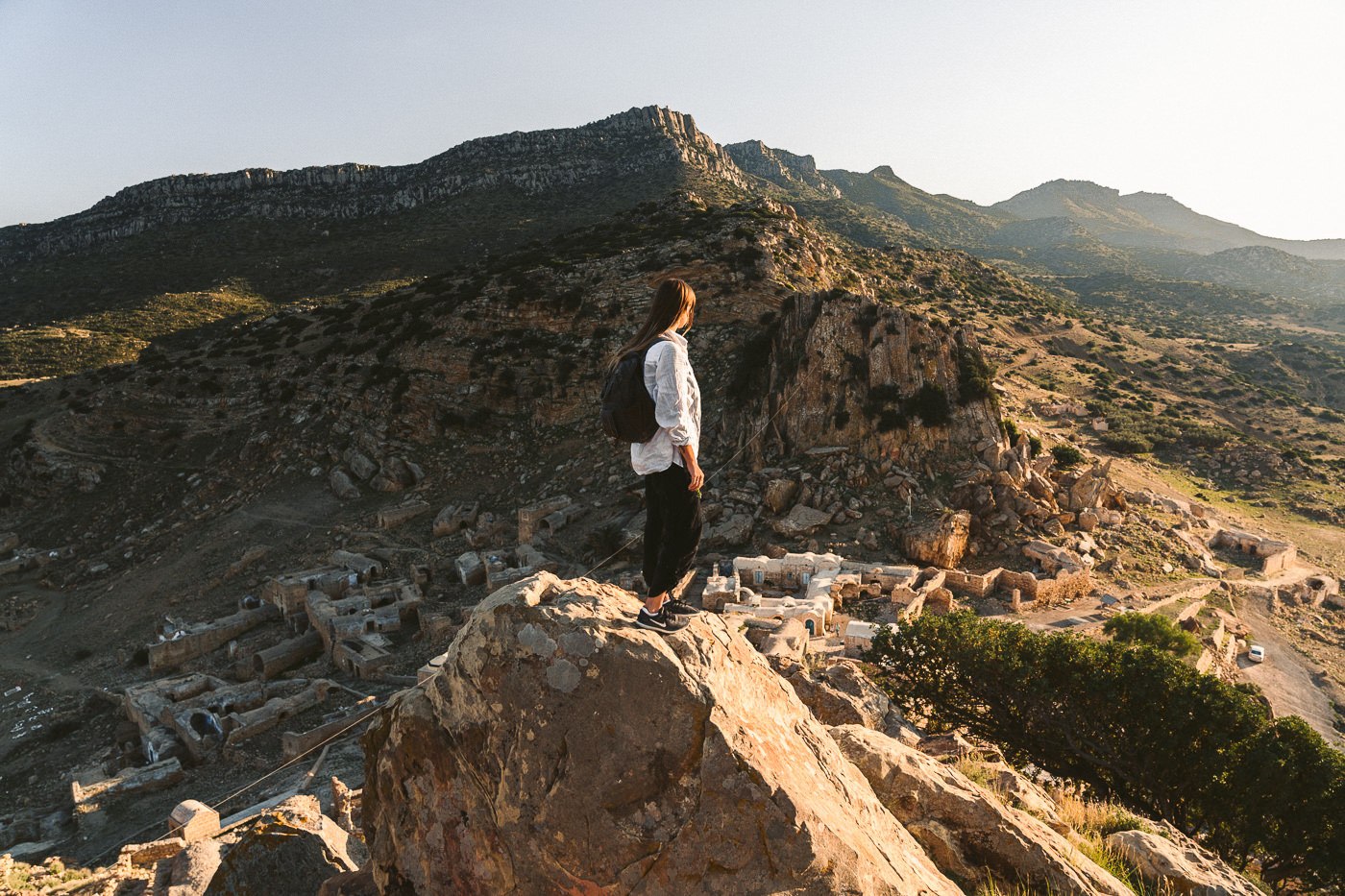 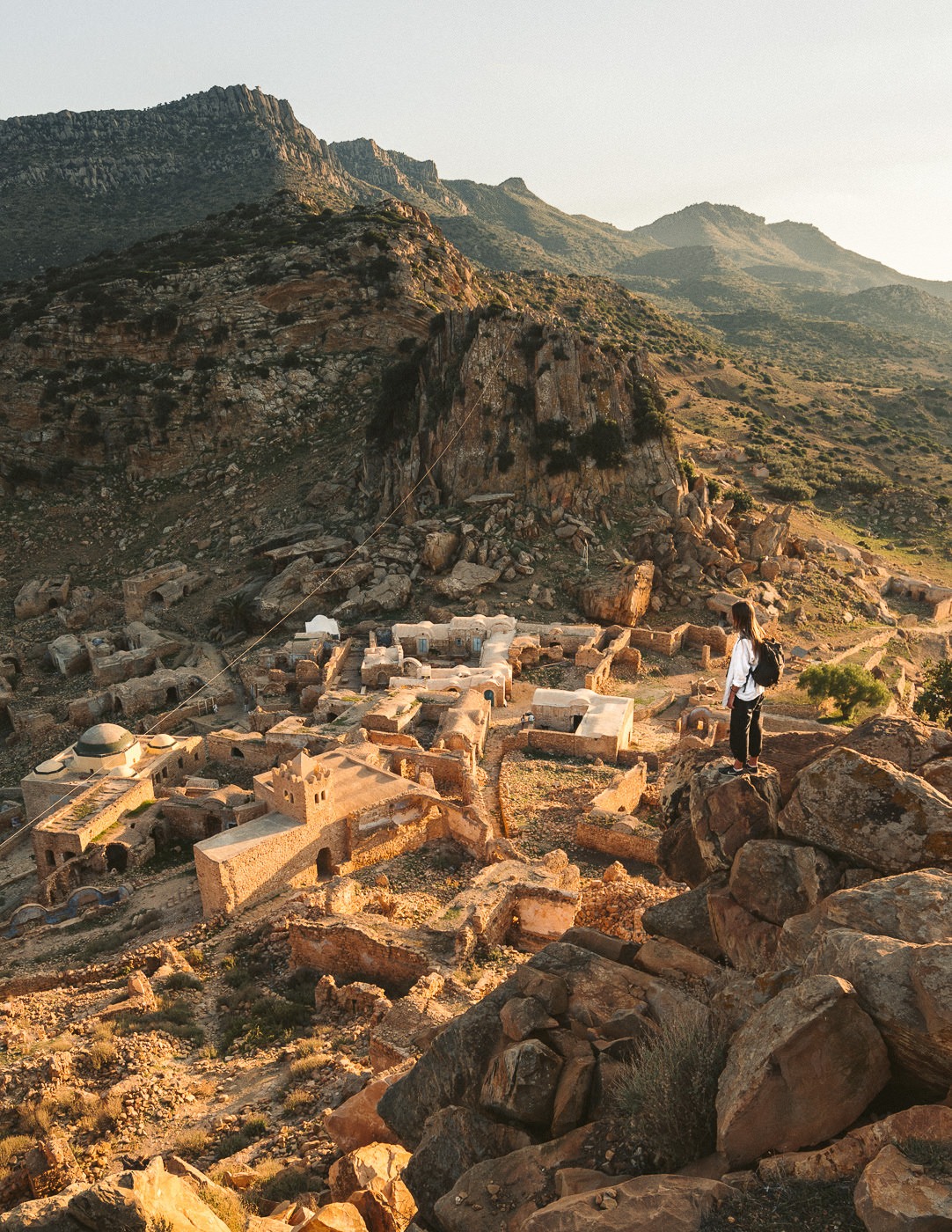 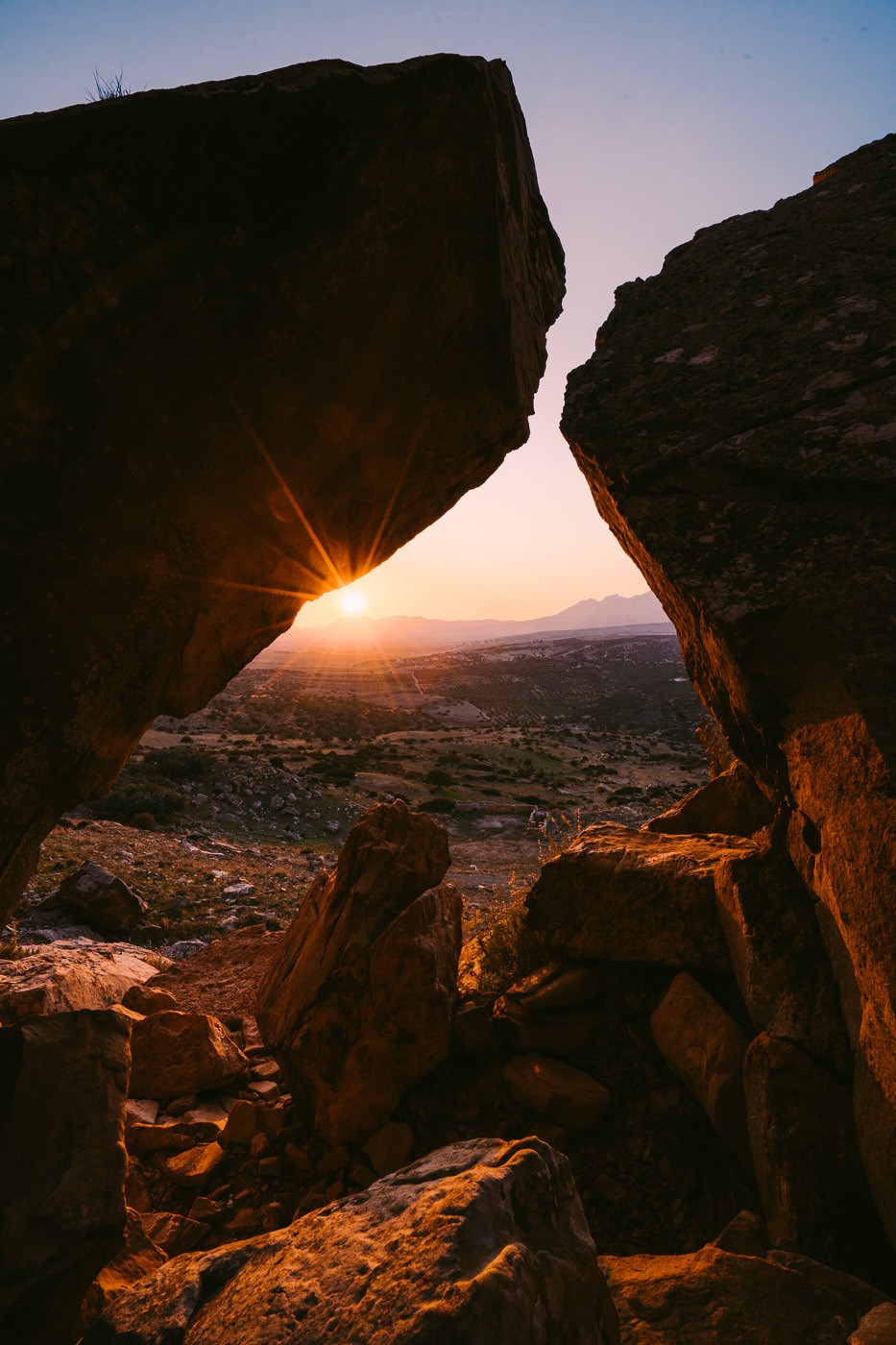 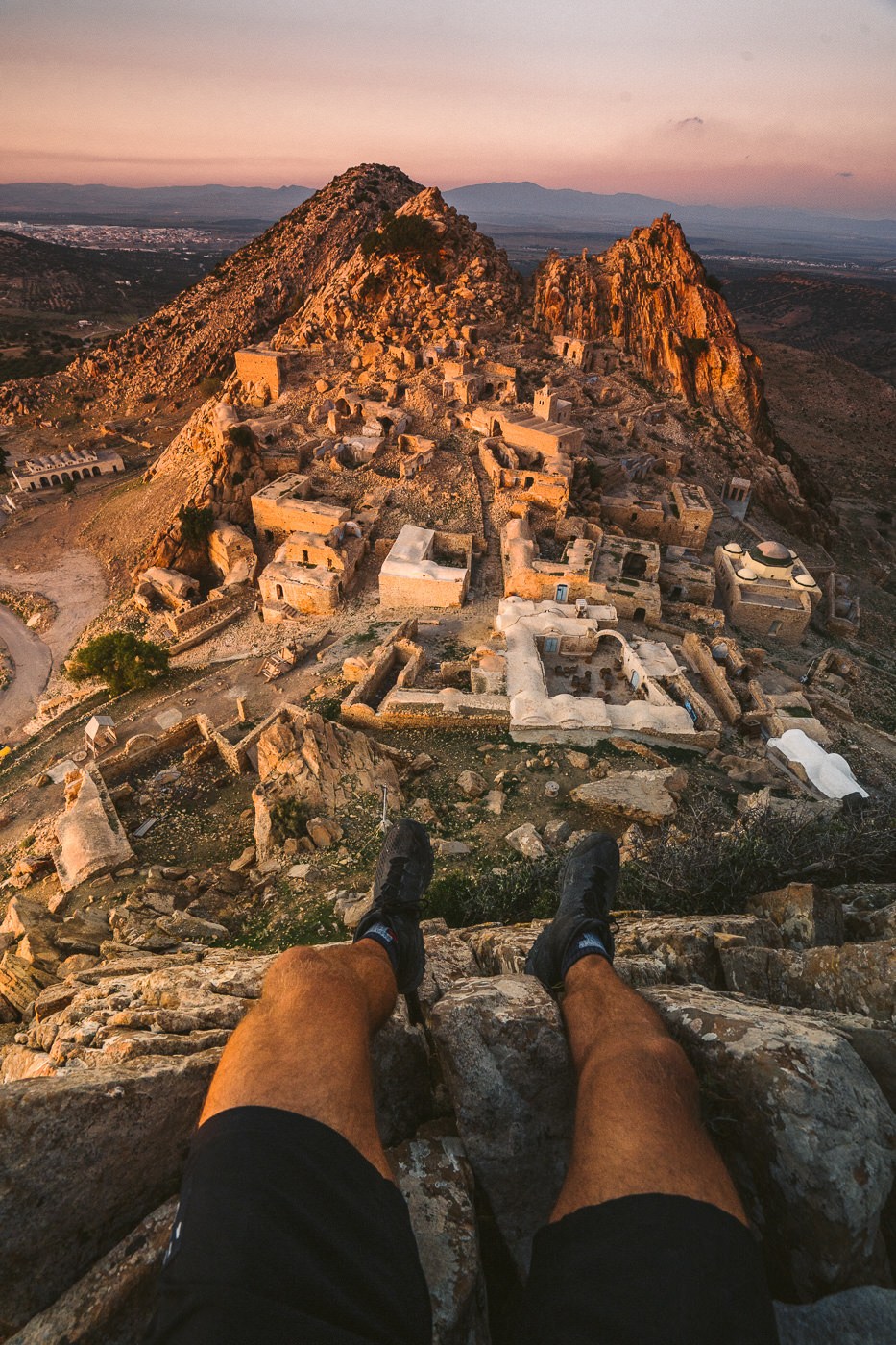