This week I ran a marathon. That came out of nowhere, well not quite.

When I arrived in Colombia with Josh, I began to run consistently. The original aim was 30km a week. I had never run more than 10km and thought of a 6km run as a ‘long one’. Josh was already a seasoned runner and patiently led me through the first couple of weeks.

On the streets of Santa Marta, I ran a 16km route with Josh. My longest ever run and it took us on a scenic path through the town. I quickly realized that running was an awesome way to see the real shit. The stuff the tour buses whizz by. On one run we were told by locals to put our phone away as they motioned to us with their hand that people have guns in this neighborhood and it was dangerous. However, the only people we ever run into were enthusiastic and often slightly bewildered locals. We said hello to hundreds on every run and it was always an awesome experience.

30km a week soon become standard. However, it wasn’t the distance that was the difficult part. Fitting the running into an already busy travel and content creation schedule proved the real challenge. Like most things, it really came down to motivation. How much did I want to reach my weekly goal? Was I willing to throw on the shoes and head out in the dark for a run after a full day of hiking or sightseeing? The answer was yes.

From the beautiful mountain trails of Minca in Colombia to the brutal incline up the hills of Medellin, Josh and I created a habit. Well mostly, the habit was mine. Josh was already an animal. However, for me, it would become the foundation for what was to follow. 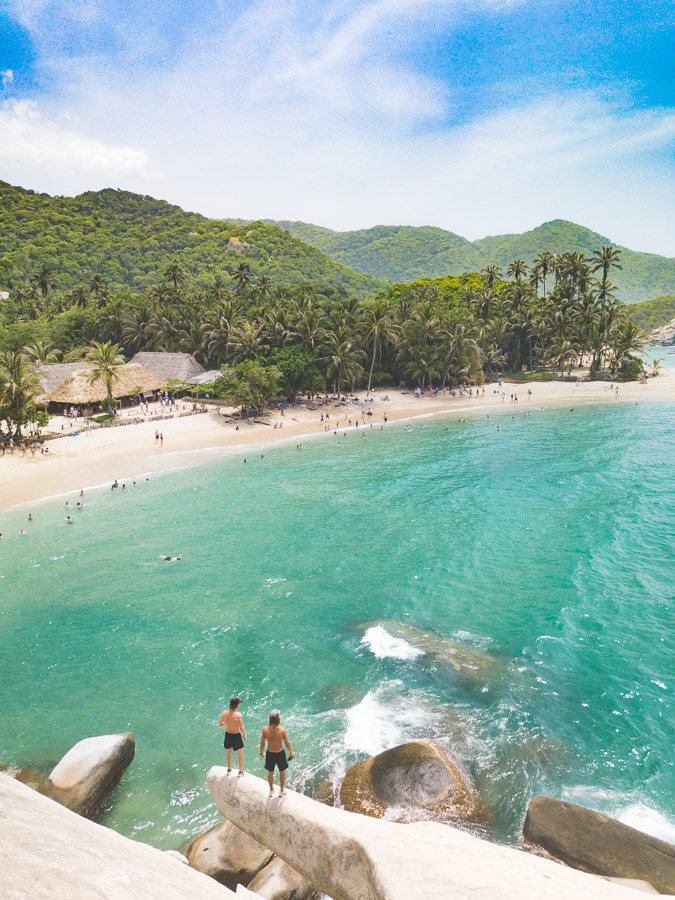 After Colombia, we headed to Panama. Even with a four-day boat journey to Panama through the San Blas Islands, we managed to get our 30km of running in for the week. It had been a month of running now and I thought it was time to go for a half marathon. It is probably important to mention I didn’t begin this journey out of shape. I was already in shape just not in running condition.

So having never run more than 10km a month prior, Josh and I set out along Cinta Costera for a half-marathon. The aim was to run it in under 2 hours. An hour and 58 mins of hustle along the esplanade and I was crouched over on the sidewalk, clutching a Gatorade like it was liquid gold. 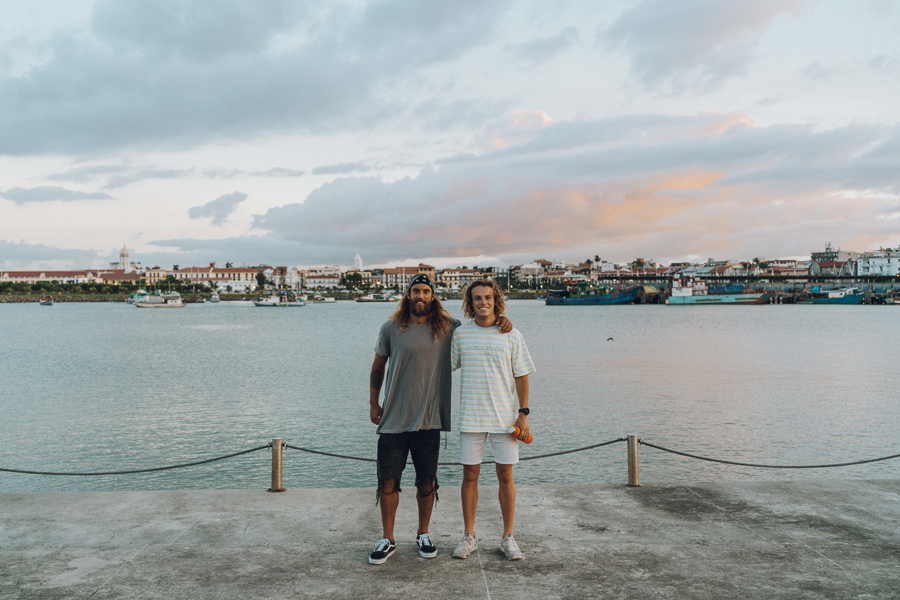 We headed up to Boquete and this is when the real conditioning happened. We called it the Boquete boot camp. We hiked every single day in Boquete. It truly is heaven for day hikes with waterfall hikes aplenty. This meant we were running a 10k in the morning and then heading out for a 4-5 incline hike straight after at relatively high altitudes.

I upped the weekly goal to 40km and the legs were fast-becoming efficient, much stronger and adapting to the increased load. Three weeks in Boquete saw 15 hikes and 120km of running. It really was my first taste of a heavy load and my body was feeling great. I started to add a half-marathon a week to my training schedule. 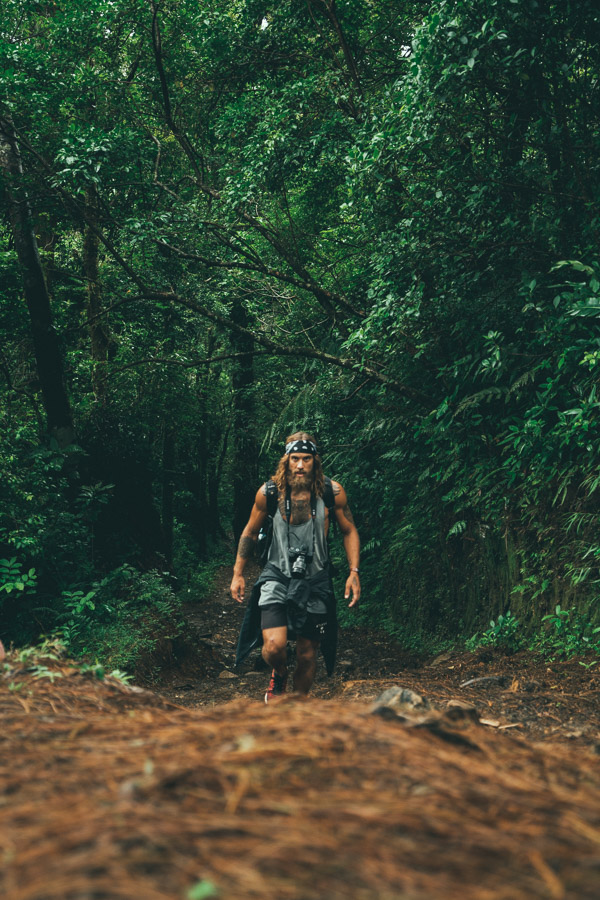 In my next location Santa Fe, I was surrounded by steep hills. This meant that every run included some heavy incline. It was a real hustle for training but primed me for the return to flat.

When I reached the beachside town of Santa Catalina, the roads were far more flat with just a few hills. Without even attempting a time trial, I set out on the roads and ran a 1hr 42-minute half-marathon. It had been about 40 days and I had shaved 15 minutes off my original half marathon.

My next stop was El Valle de Anton. I stayed here for a month. It is a small town inside a volcanic crater. Another great hiking town. I hiked at least every second day if not more while in the valley. For running, it was possible to do a 10km loop through the town but anything longer meant you were headed up the edge of the volcano, which was a huge incline. I started running consistently up the crater ridges. 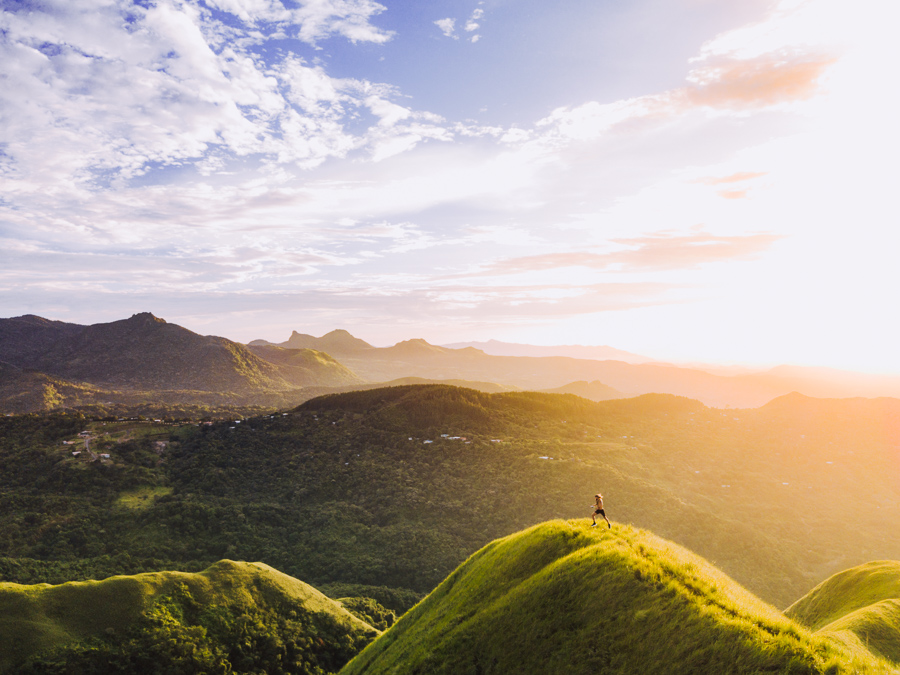 I had told Josh I would run a marathon before leaving Panama. I often make these statements and to be honest I rarely regret them later. It’s a manifestation process. You grow into your goals sometimes and without them, you would lack an end result required to harness your motivation during the daily grind.

I decided I didn’t want to do four loops of the town so my only option was to run up the crater, down the crater and loop back coming back up and down the crater. Over the 42.4 kilometers, there would be 1000 meters of incline, which is quite a lot more than the average marathon!

I wasn’t sure I would make it but decided I would have a crack at running it in sub-four hours. I had originally planned to run a marathon in sub-four hours but that was with the idea of it being on a regular flat track.

I tucked a $20 bill in my pocket along with a few energy gels and off I set up the hill. Slow and steady with my 5:40 km pace I cruised through the first 10km. You can’t think too much about the numbers because after 15km you feel like you have run a lot. You still have 27.4 km to go!

At the halfway mark I was feeling okay and was running ahead of time. Although the uphill journey was the toughest on the return. I quickly bought a water and a Gatorade from a local road-side hut and off I set. From 25km to 35km it was a real battle. It is almost entirely uphill with no real respite. I tried to hang on to my pace knowing that the last 8 kilometers was flat and then downhill. 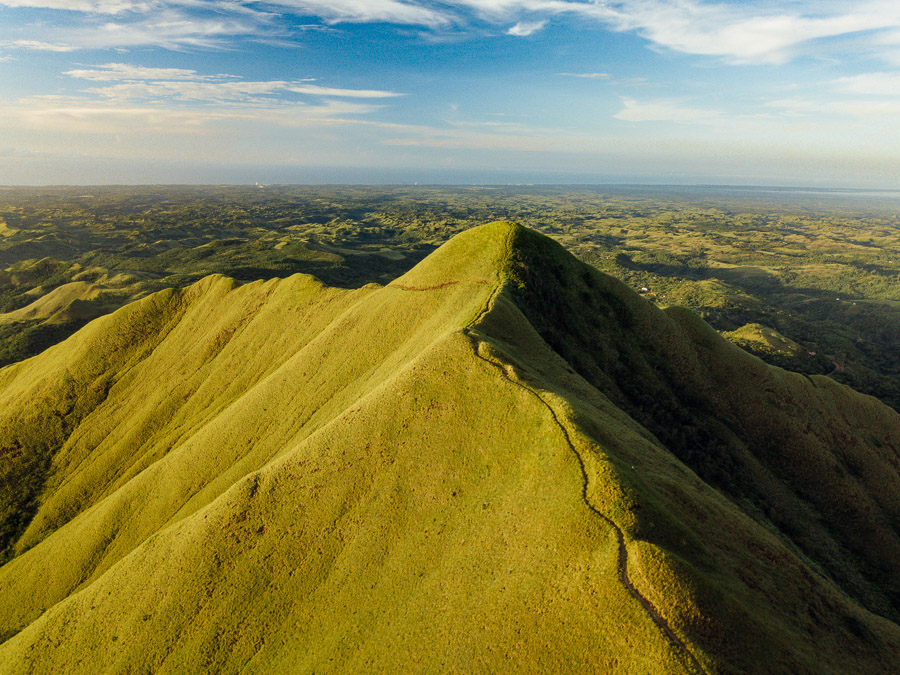 Self-talk is pretty important during a marathon. However, whatever thoughts I ever have, I know that throughout my life I have always made the decision to keep going and to push through. That experience of knowing that you always push on and usually come out the other side for the better helps when you are crawling at snail pace up a hill for an hour.

I hit the stop button on my watch after a tough 3hrs and 58 mins. To be honest it was less grueling than I had imagined. I had often heard people say once you do a marathon you never do another because it’s so hard and other similar comments. I can imagine without the hills and with one under my belt, it could really only get easier or at least much faster as I trained more.

That is the story of how in a matter of just over three months, I went from never having run more than 10km to running a 42.4km marathon with 1000m of incline in Panama.

I’m now running 50km+ per week and looking to continue building slowly as I prepare my body for my first Ultra-Marathon in Bali next year. 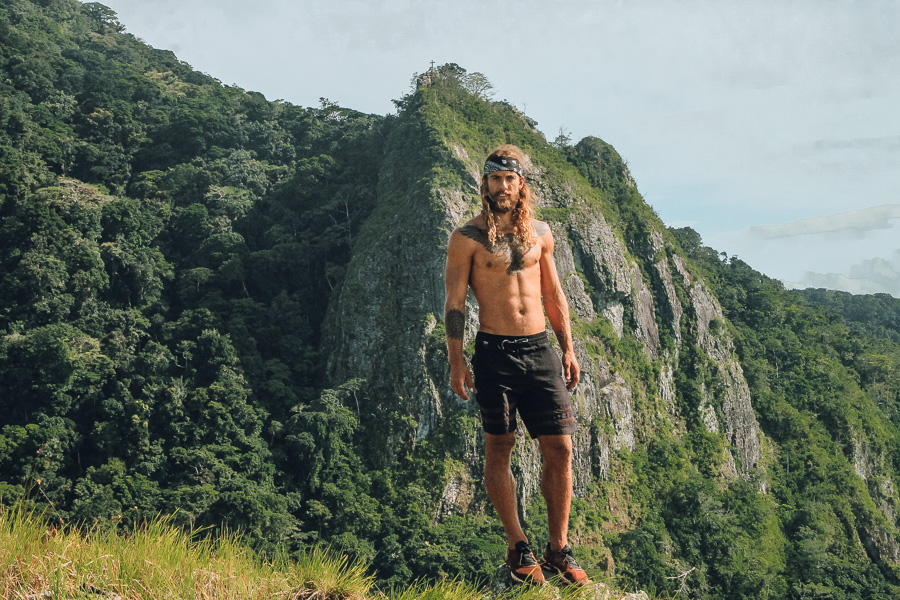 Like all weeks, running was just the side hustle. This week I went to Aguila Falls, Bayano Cave, Soberania Parque, and Cerro Cedro. I have also organized another clean-up event. This time the event will be in Panama City. Sometimes I just can’t even figure out how to fit everything into a day but for me, that means I am living life to the full. It means I am passionately pursuing multiple projects that set my soul on fire. If they didn’t, trust me I wouldn’t be squeezing quite so much out of every single day!