Exhausted both physically and mentally, our squad labored down the hills during the final moments of the Mt Rinjani trek. We were glad to be back in civilization (of sorts) with a shower and I had a real pillow again rather than my muddy shoes. Rinjani was awesome but it definitely took it out of us.

We didn’t come to Lombok for a lazy vacation. Our crew was here to explore as much as possible in nine days. This meant we had no choice but to wake up at 3 am the next morning to chase what would end up being a non-sunrise.

We had managed to hire a driver for the day at a rate of $75 split five ways so we were in business. He picked us up at 4 is and we drove for an hour hoping for an early morning show.

In the region of Selong, the farmer’s fields are so impeccably designed, they make for quite the attraction. Each square of farmland a slightly different shade of green, forming a patchwork quilt throughout the valley. This area reminded me very much of Laos. Open farm areas with huge mountains looming over small thatched huts, home to the villagers. 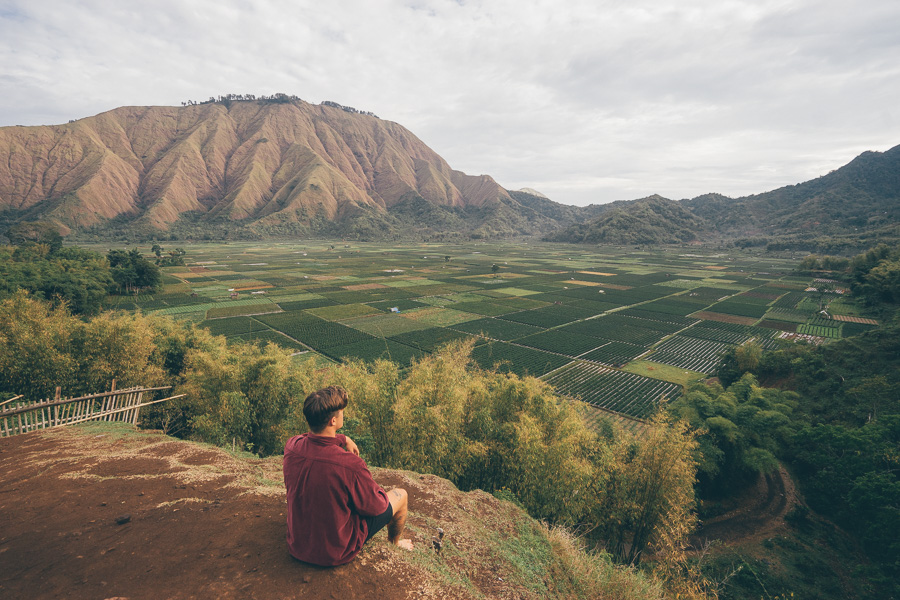 Despite not even seeing the sun, our spirits were high and not even some terrible roadside strawberry purchases could dampen the mood. Our plan was to head to a few waterfalls in central Lombok, a place where far fewer tourists venture. We found this out while looking for a breakfast spot to come up empty handed for over an hour. We eventually stopped at a market and grabbed a random assortment of fruits, bread, and juices.

The waterfall turned out to be five waterfalls. It was our lucky day. Five amazing waterfalls all within walking distance of each other. The main waterfall, Benang Stokel, has three falls, flowing down onto a shallow pool. 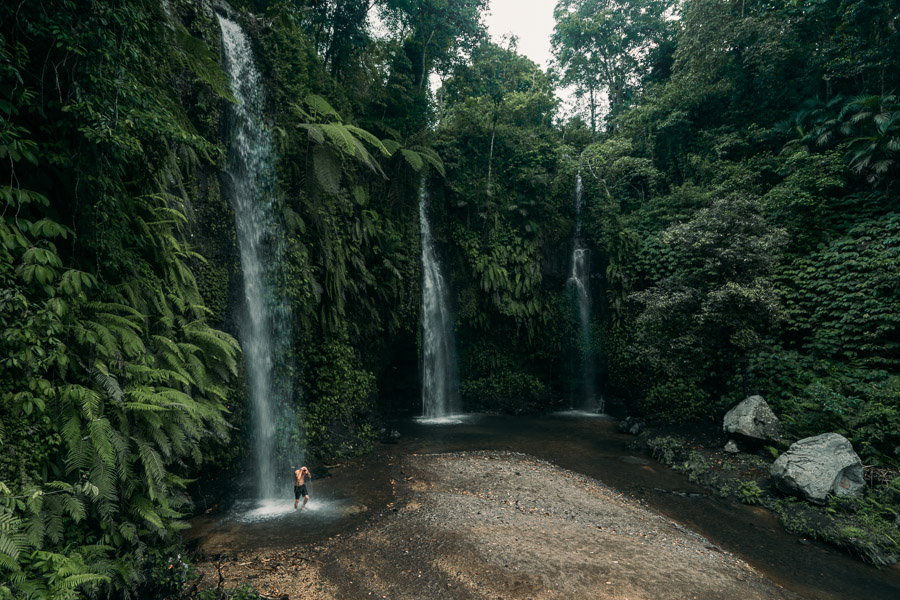 The second falls we went to, known locally as ‘the jumping spot’, was a little less imposing but an 11m jump still had us interested. The jump was from ground level down into a canyon, which you needed to do some minor rock climbing to get out. While Jonny was waiting down in the canyon after checking the depth he had a close call with a snake that emerged from the water.

With faith in Jonny’s depth check, I took the plunge. After my survival, all of us started a wave of jumps, one after the other.The rock climb back up limited us to a few jumps each before the rain started hammering down. 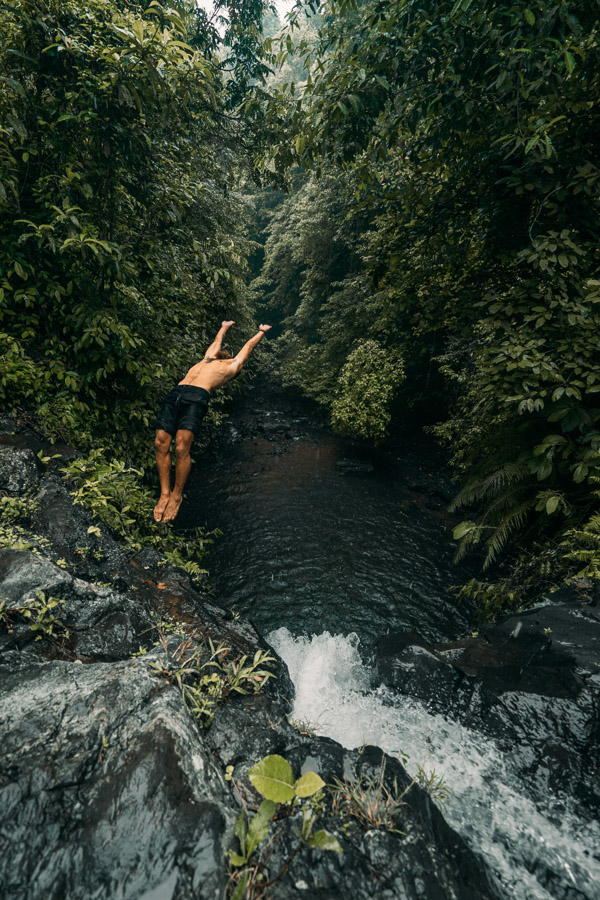 We waited it out in an empty hut before a couple of decided to risk it as we headed for the fifth waterfall, deciding to skip three and four because of limited time and the weather.

With heavy legs still plaguing our tired bodies, we dashed up what seemed a million stairs and then down again finally arriving at Benang Kelambu. I’ve never seen a waterfall, that in fact looked more like a mountain. The falls cascaded down off the face of a huge wall of rock, now engulfed by vivid green foliage. Benang Stokel was impressive but the wall really had me feeling like we were jungle explorers. 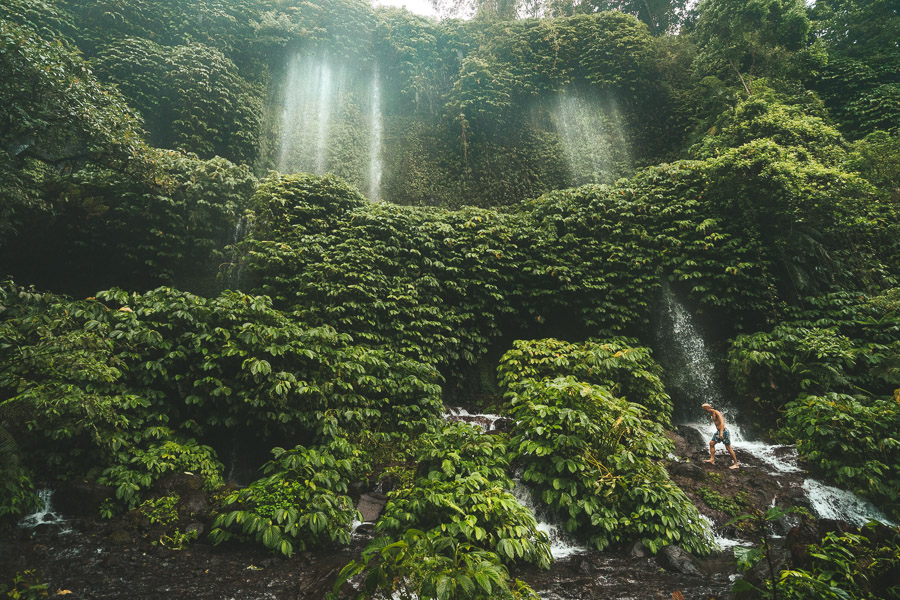 We bundled back into our van and headed south, more tired than ever. Finally, we would have some salt water!

We took the next day easy just heading out to Seger Beach, which was completely empty. I hung out with three young local lads who tried teaching me how to climb and harvest a coconut before we spent the afternoon hanging out in the water.

Just across the hill was a pretty sweet surf spot, so maestro Jonny convinced a local to lend him aboard and out he went. I followed him with the drone, practicing my pilot skills as I tried to track his rides. 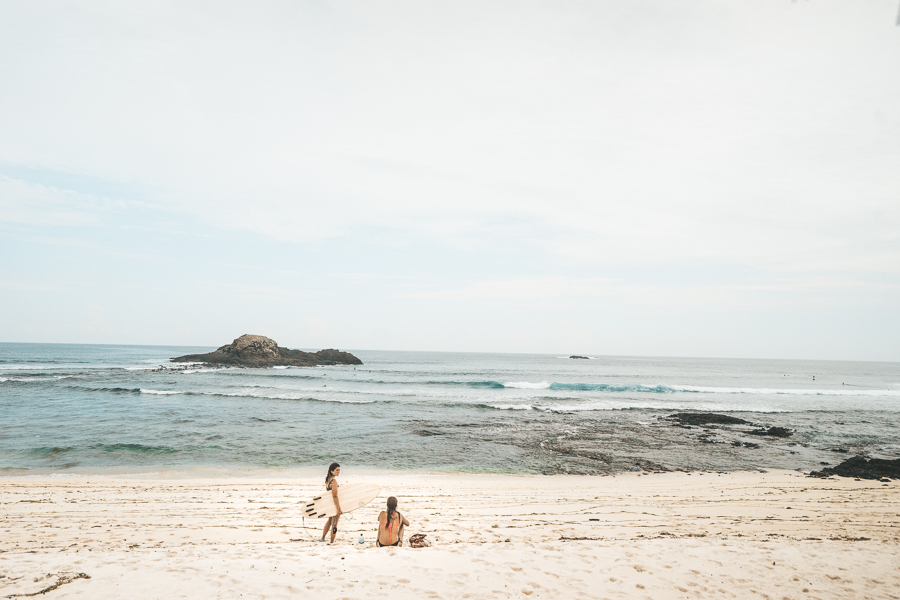 We quickly forget it was meant to be a rest day, rushing home to grab the rest of the crew before a mini hill-hike at Merese Hill for sunset. Was it worth it you tell me? 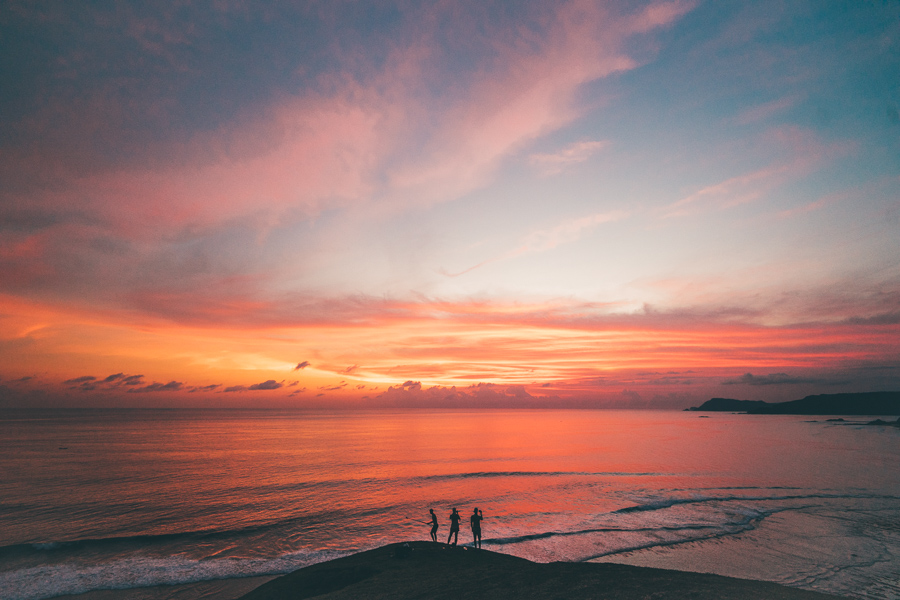 The next morning we headed back to Merese Hill to check it out in daylight. The night before it had looked like an amazing spot and we weren’t wrong. Over ever ridge and around every corner was another epic scene, worthy of its own individual location rather than part of a cluster of beaches. 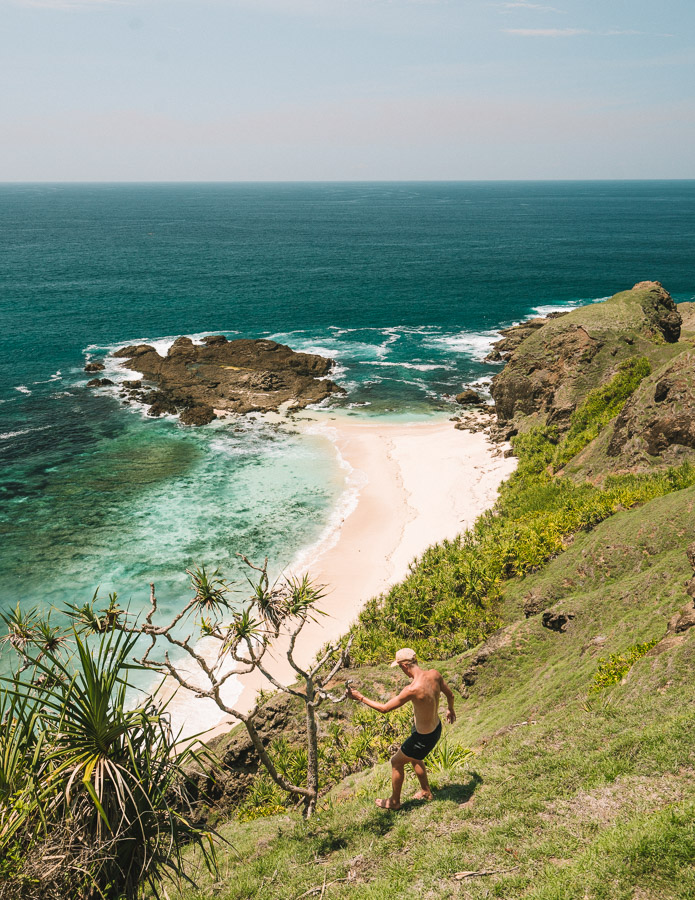 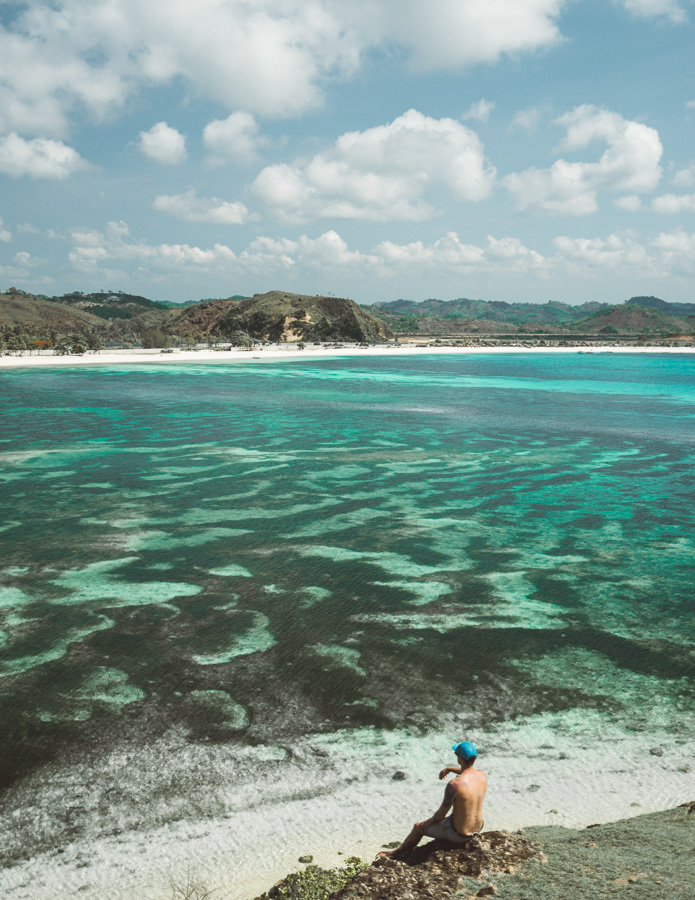 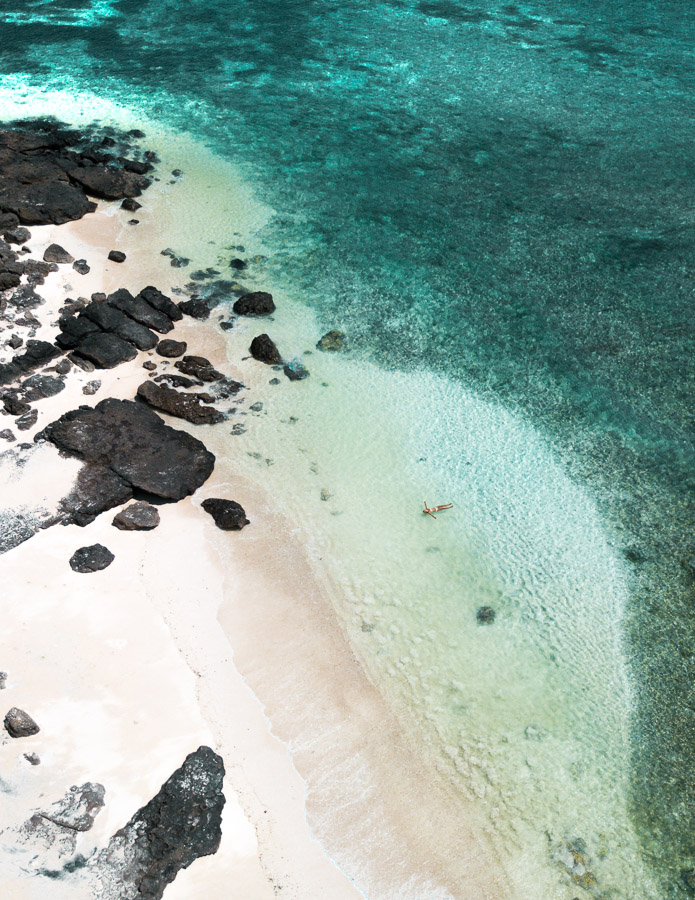 After hiking around the hill all morning we were all getting roasted so we decided to do another short trek to Batu Payung, a crazy rock formation. 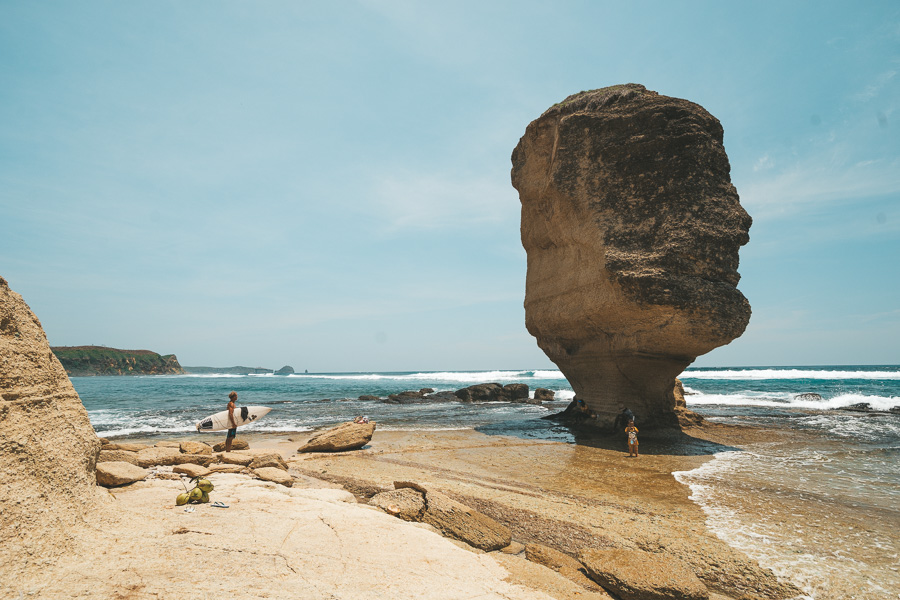 Lunch was calling and we ended up having an entire beach and cafe to ourselves at Tanjung Aan. It’s the kind of beach you see in the brochures. It was Nasi Goreng all round for a couple bucks each and a mango shake for good measure. 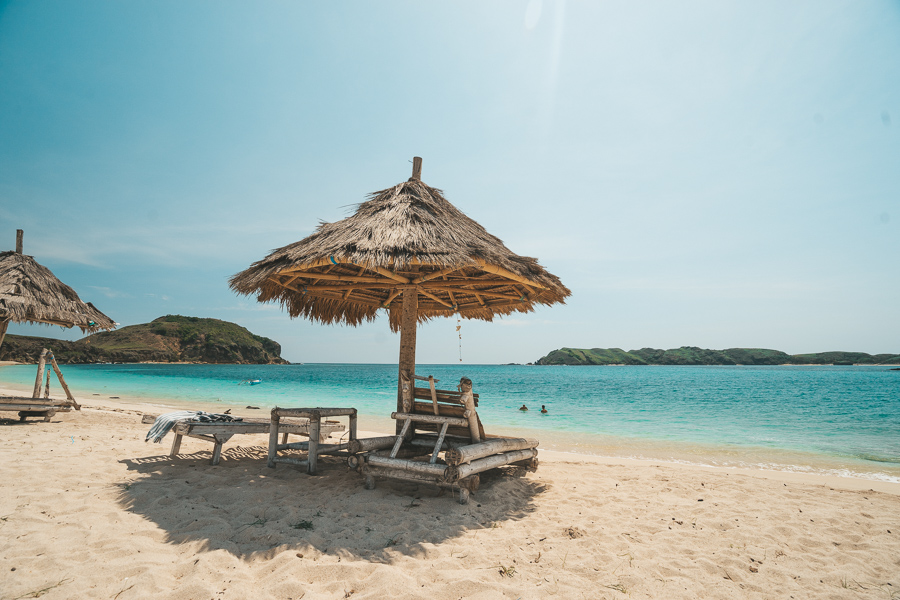 A mini coconut forest loomed behind the beach and the temptation was too much. We put our mopeds to the test mucking around taking a few photos. All the while a bunch of old local women watching us wondering what the hell we were up to.

Now it was really mission time. We drove for about an hour out to an Environmental park to climb a tower on the coast. Once again there wasn’t a soul in sight when we arrived. We wandered along the dramatic cliff edge before scaling the rickety old tower. Once again, was the view worth it you tell me? 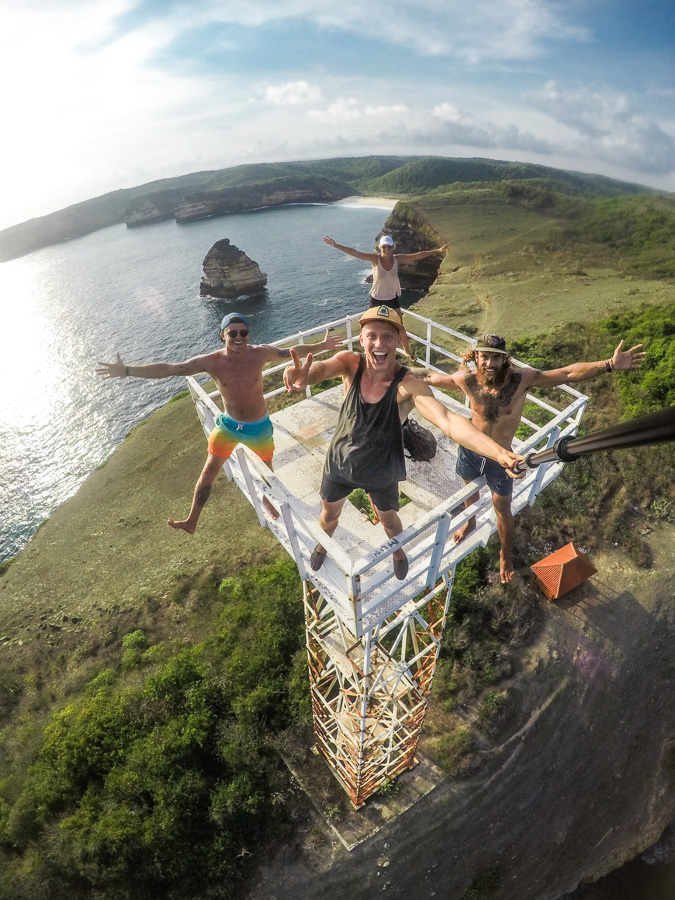 One final stop for the day was a quick ride to a beach around the corner, with epic tide pools. A perfect spot to watch the sunset and see if any colors would light up the tide pools. We were in luck and once again occupying an entire beach to ourselves. 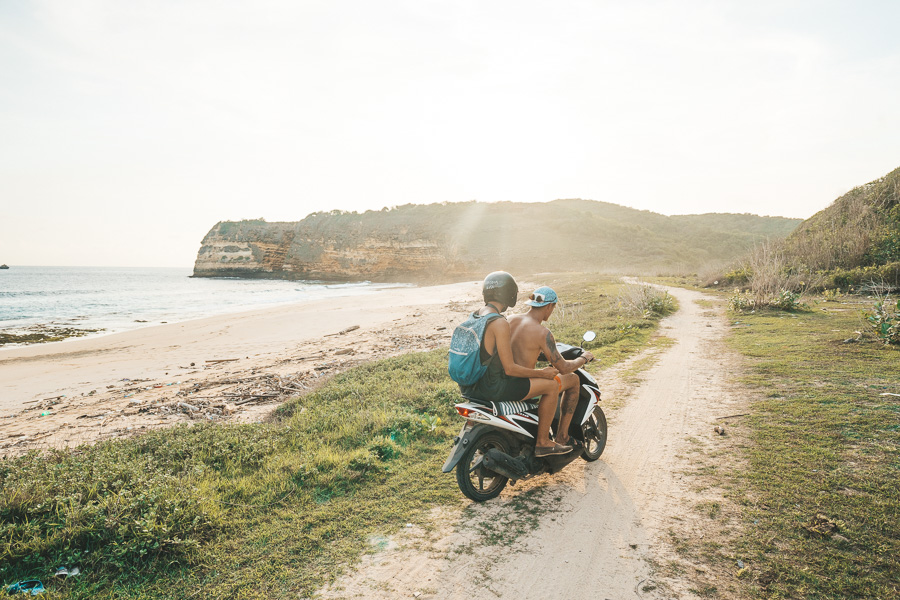 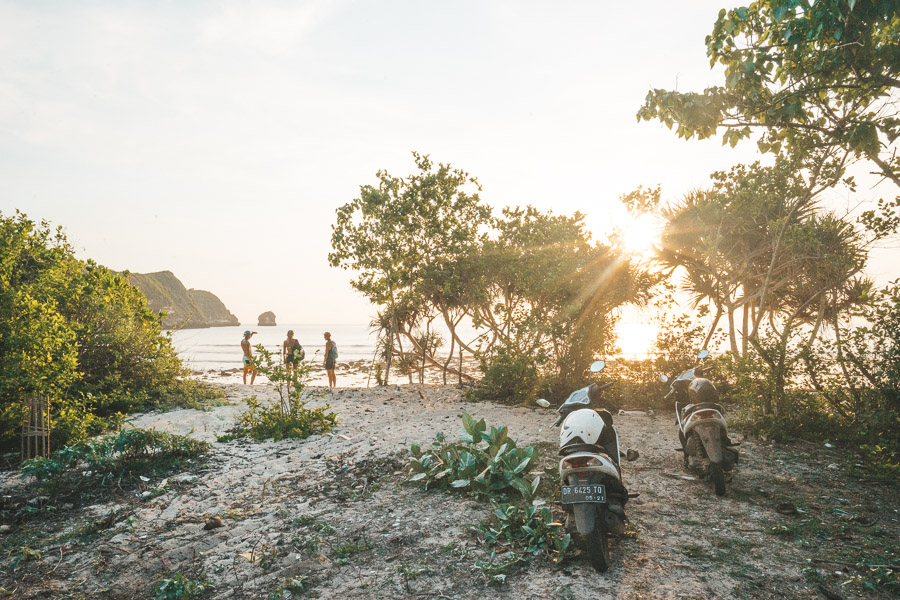 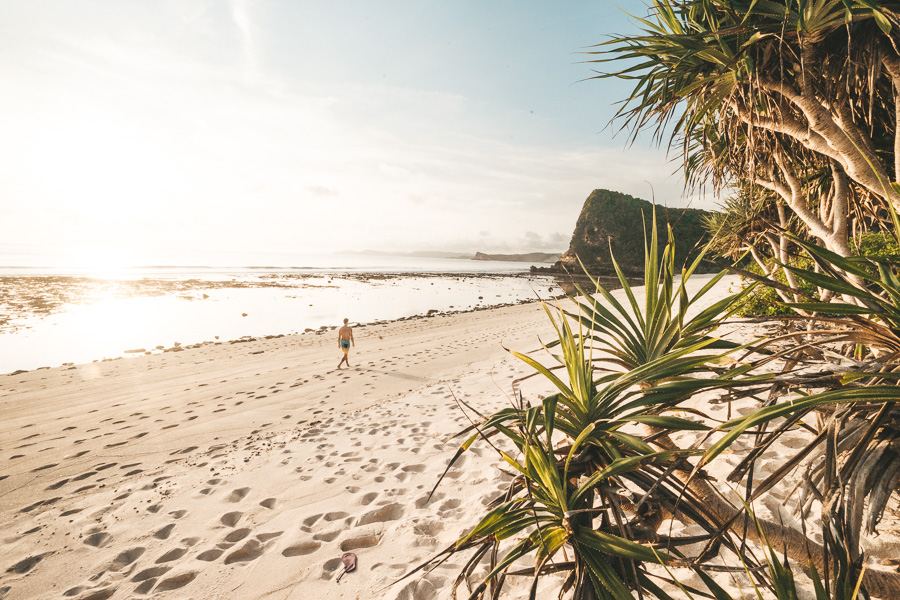 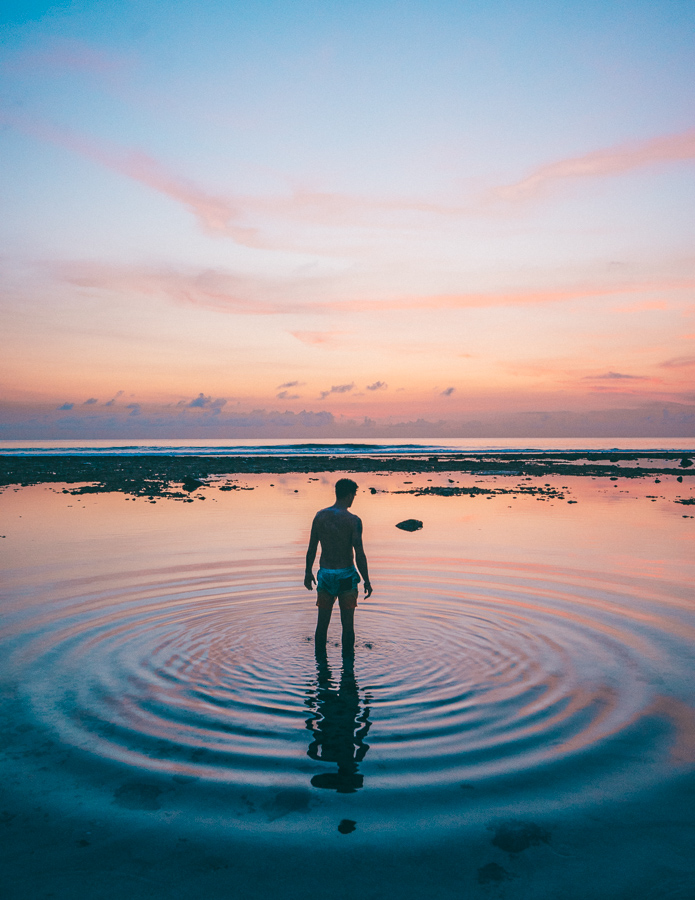 Our final day on Lombok was going to be spent heading west, the opposite direction to the previous day’s adventure, but still along the south coast. @zilmizola a local Instagrammer and guide joined us for the day, showing us a few of his favorite hidden spots. Need I say we hardly saw another tourist all day except for at Mawi Beach.

The first spot he took us to had rock formations, islands, tide pools and a little viewpoint. We swam, hiked and even found a few unique spots ourselves like this mini-cave. 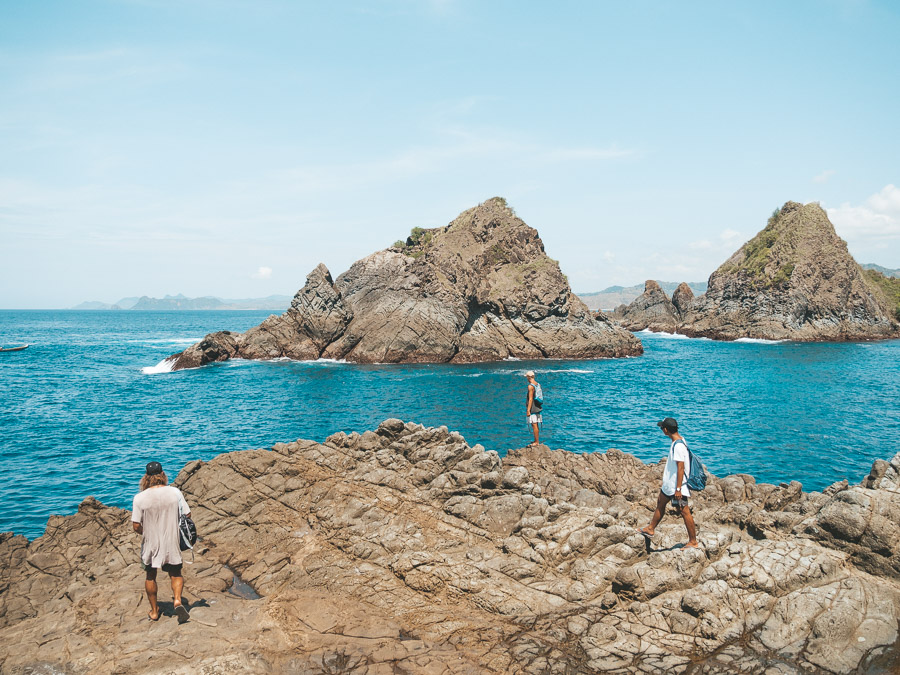 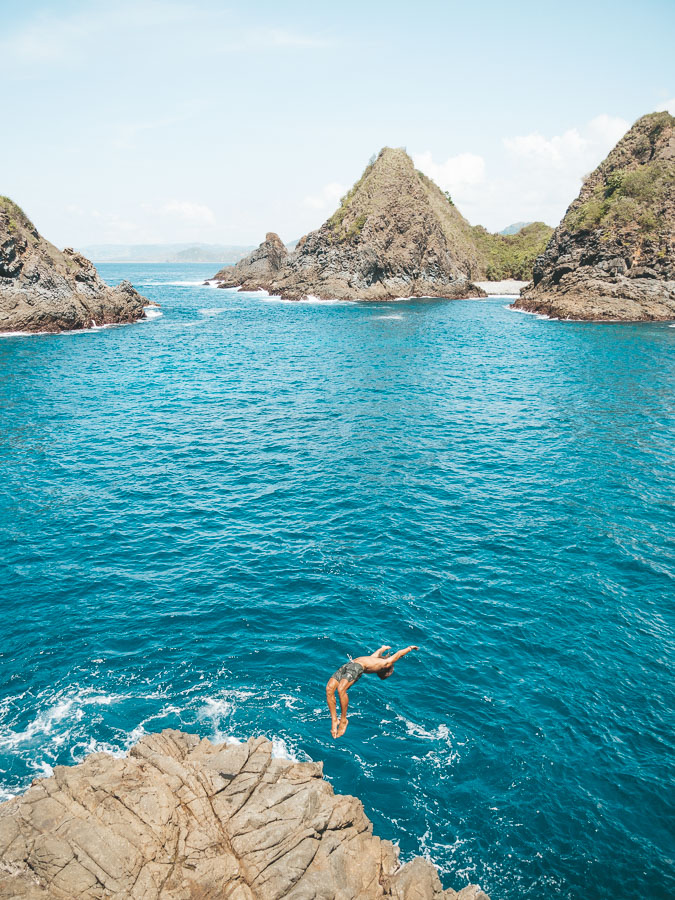 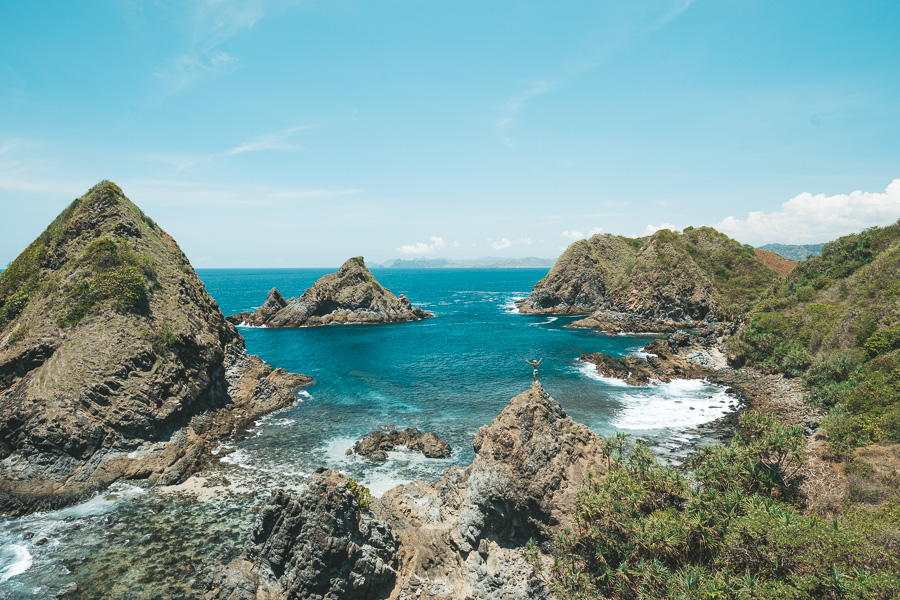 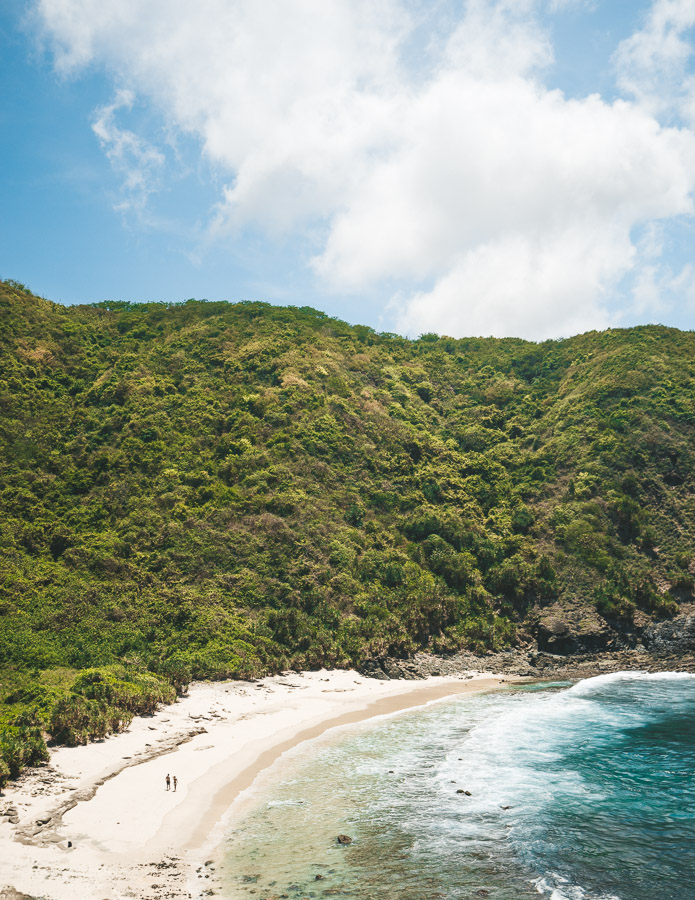 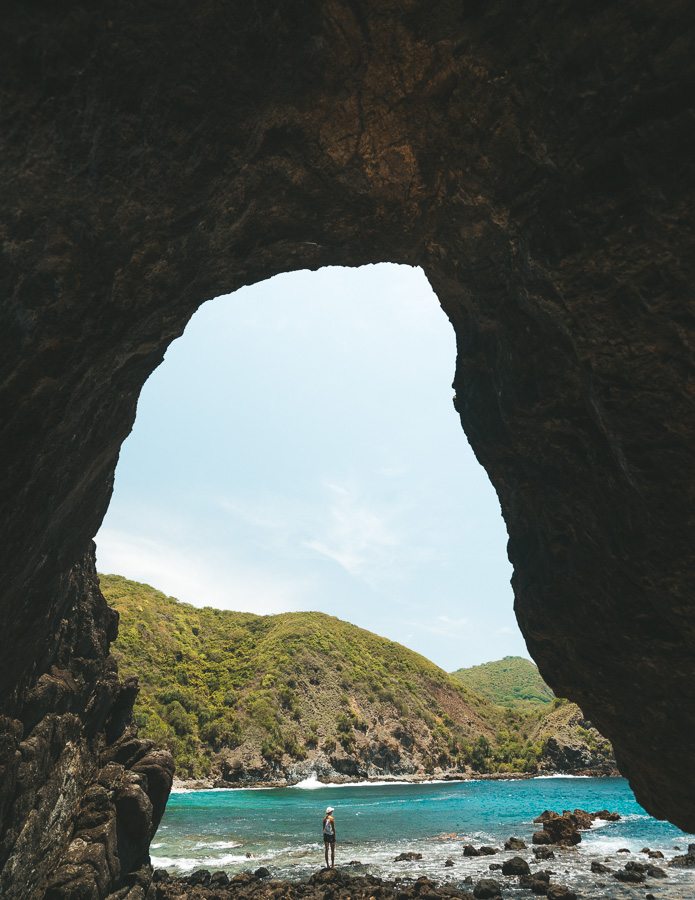 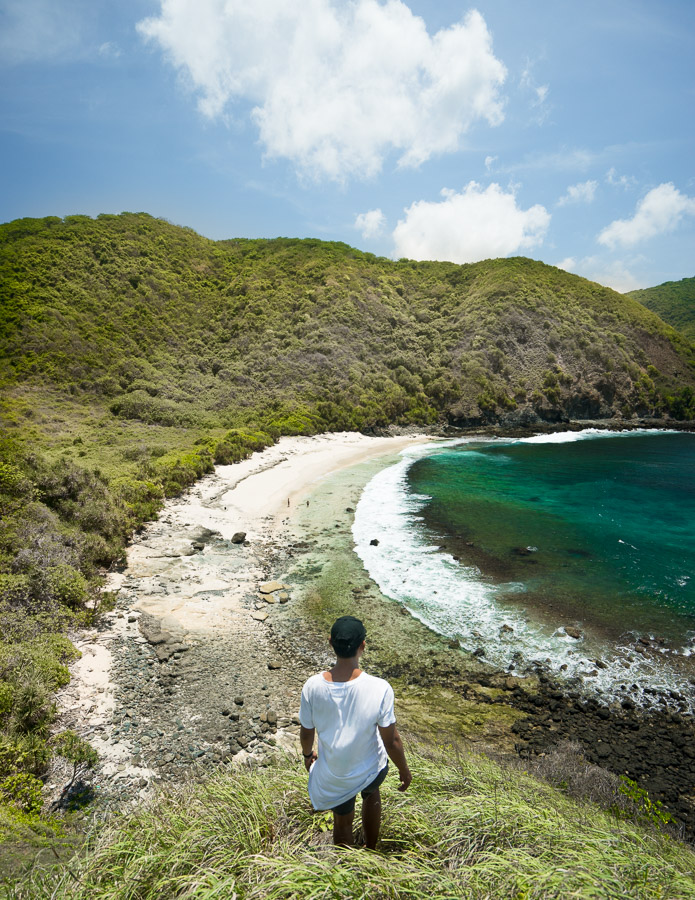 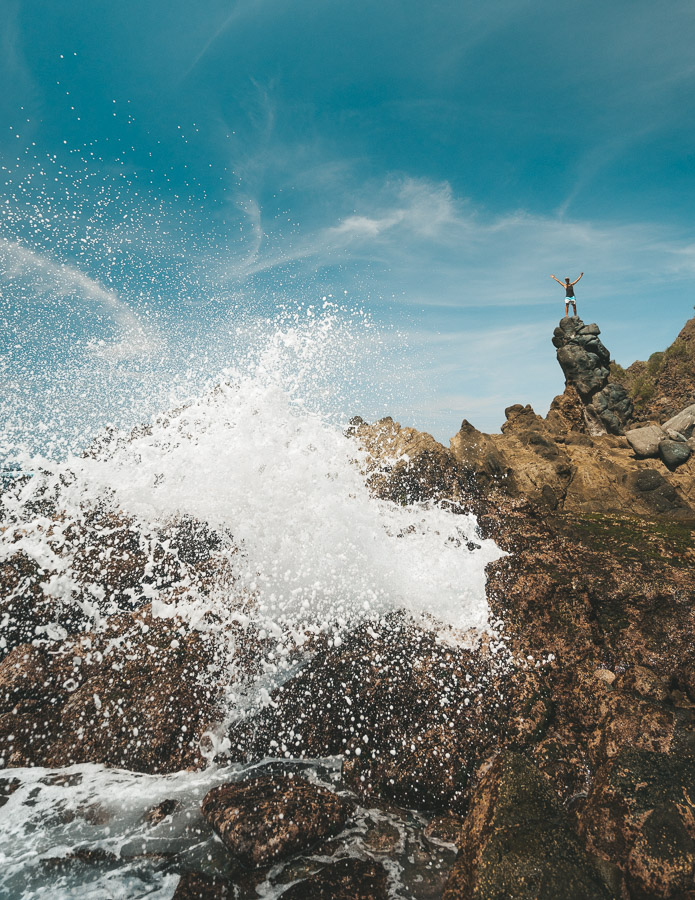 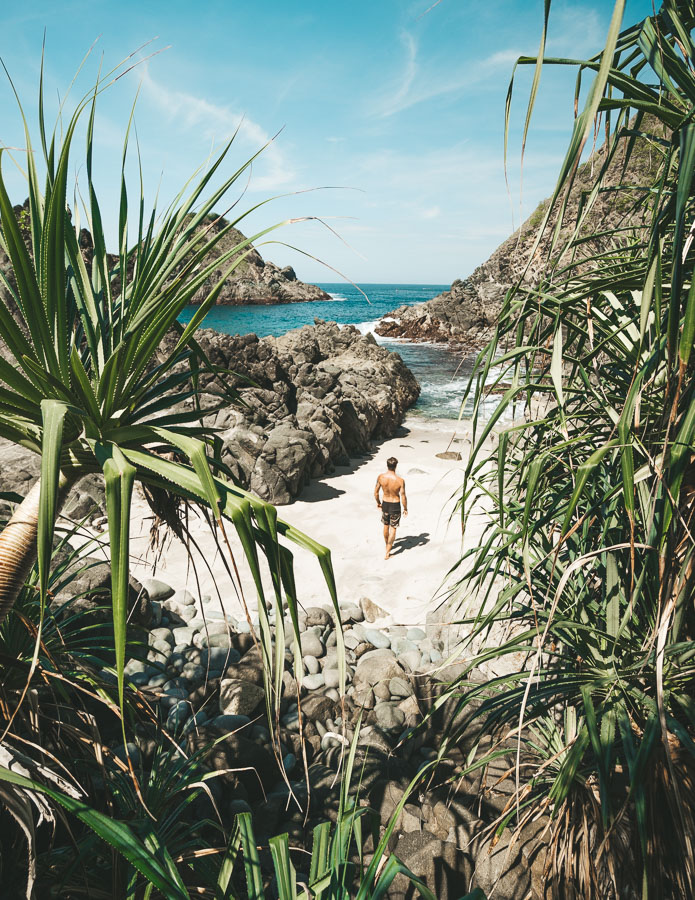 We then took off towards a nearby beach for some much-need cool water and a chance to rest up before heading to Mawi beach for lunch. 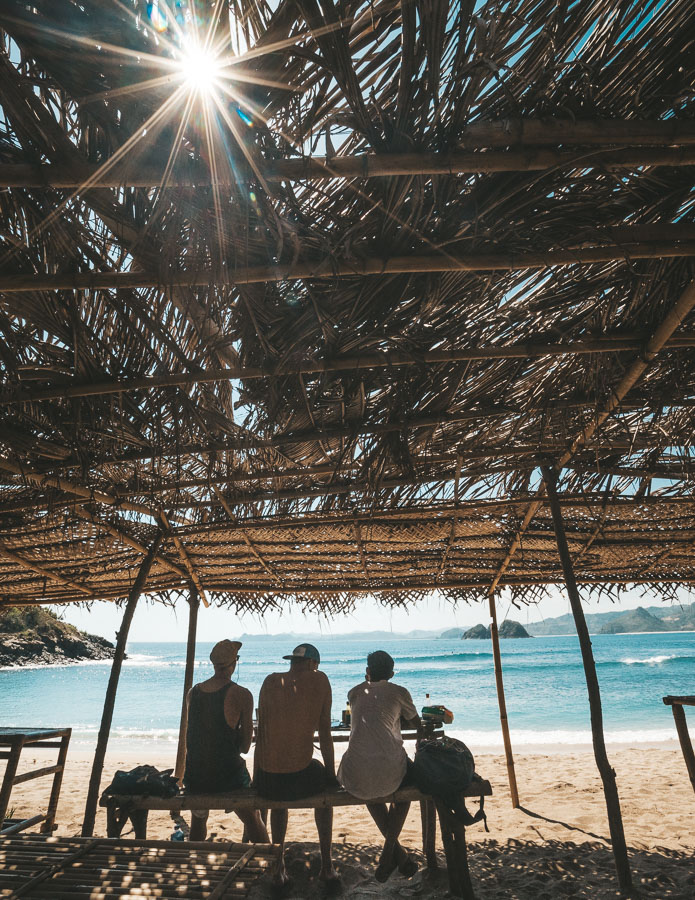 A long chill at Mawi Beach, one of the most popular surf spots, was exactly what we needed. We could’ve stayed put for sunset but decided to try and find a viewpoint, only to come up short. Instead, we chose a random beach in front of a family hut and watched the sun slowly descend, as a warm glow filled the sky. It was a fitting end to our unreal adventures on Lombok. 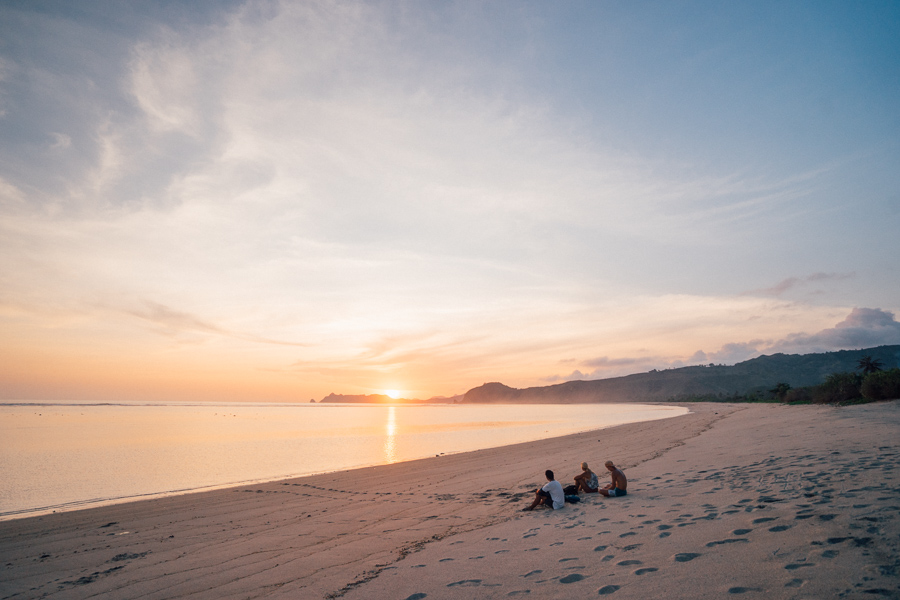 A plane back to Bali the next day before a night session at Mrs. Sippy venue was followed by a 4 am a wake-up. Now I’m writing this article while I sit on a flight to the Philippines. This week I am doing some work with the Philippines Tourism Board and even presenting a speech about good old Instagram to over 50 travel agents and board members. All just because of an app.

Be sure to keep your ears out as I announce the participants I have selected to attend my Nusa Islands Blogger Workshop in March 2018.

I’ll tell you all about my first week in the Philippines in the next edition of the Weekly. If you ever want to see what I got up to there’s a tab on the homepage with all of the Weekly’s right there.

Hope you all had a ripper week.