Hundreds of visitors flock to Sabang each day, most driving from Puerto Princesa to visit the Sabang underground river caves. The caves are one of the new 7 wonders of the world and are extremely popular. However, there is much more to Sabang than the caves, and if you only visit the caves and leave you have definitely missed a happening little spot on Palawan.

The boats leave from the wharf towards the underground river and the caves, which is a hub of activity. Only a 20-minute walk from the wharf is a sight worth visiting. The Sabang waterfall is over 50ft high and most impressive because it is right on the beach. A rock pool at the bottom of the pool is a great spot to relax underneath the falls, looking out over the ocean towards the layers of mountains on the horizon. 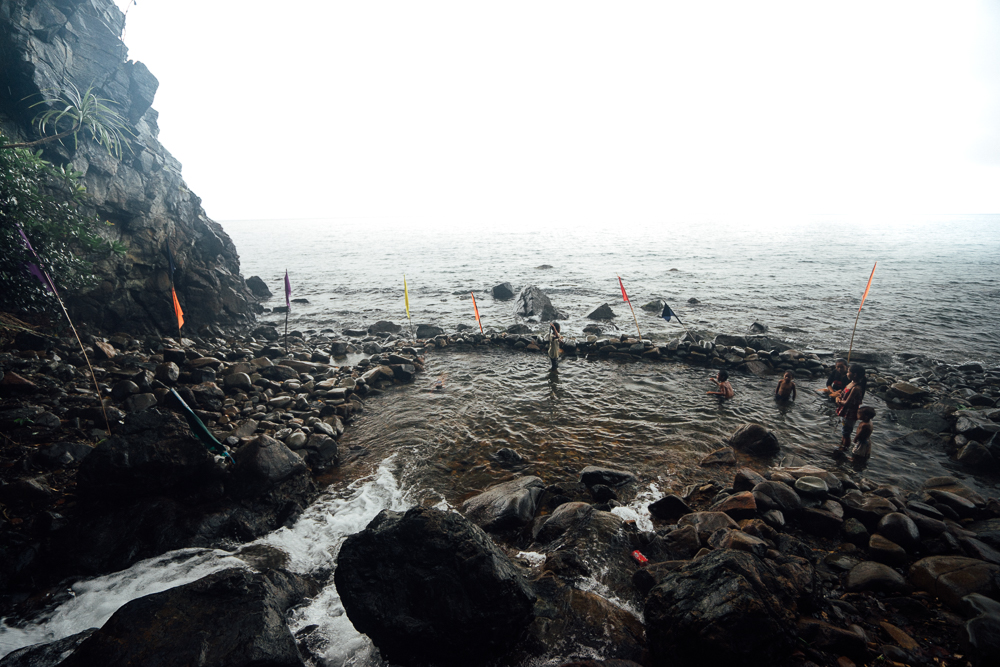 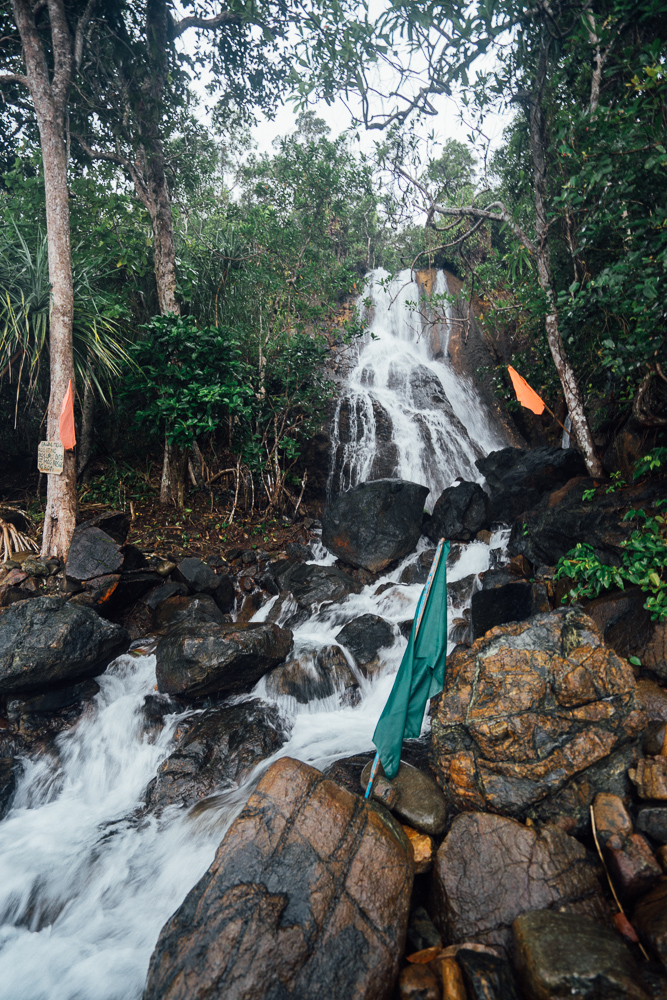 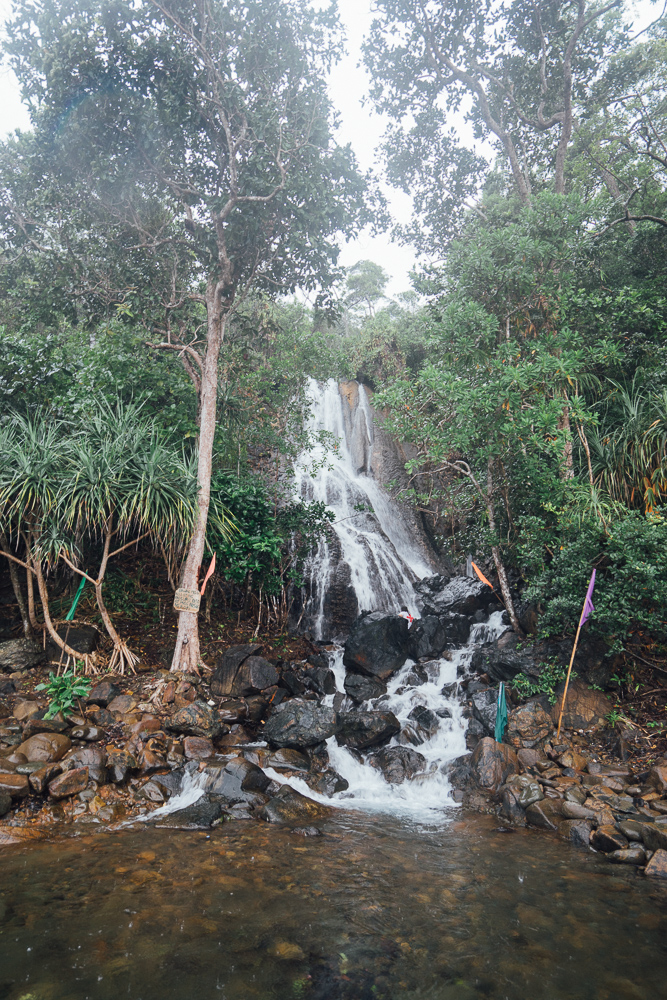 WHAT YOU NEED TO KNOW

To get to the falls just follow the coast away from the caves or towards the west. It is a common attraction so if that doesn’t clear it up for you just ask anyone in the area and they will all point you in the right direction. Once you are heading west, simply follow the coast along a well defined path for about 10 minutes. You will then encounter the registration office, which is a small hut with a donation box. Despite the donation most likely being an optional fee, the lady told us the donation was 75 pesos or $1.50 USD. This is most likely the tourist fee and we weren’t in the mood to investigate so we paid up and continued on. 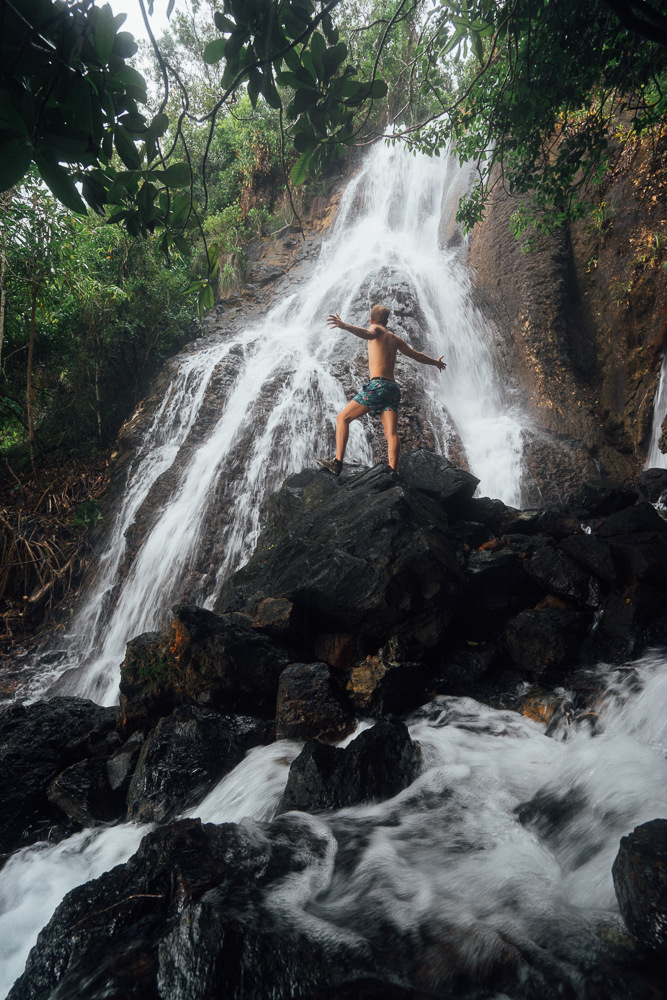 10 more minutes of enjoying the rocky coastline and we had arrived at Sabang Waterfall. A few locals were hanging out in the huts and singing despite the rain that continued to get heavier and heavier during our time at the Sabang waterfall. We sat beneath the hut taking in the sights while the rain came down.

The walk to and from the falls is just as interesting as the Sabang Waterfall itself. Along the way we encountered tons of kids playing and fishing. We even ran into a small girl who was washing a huge octopus. 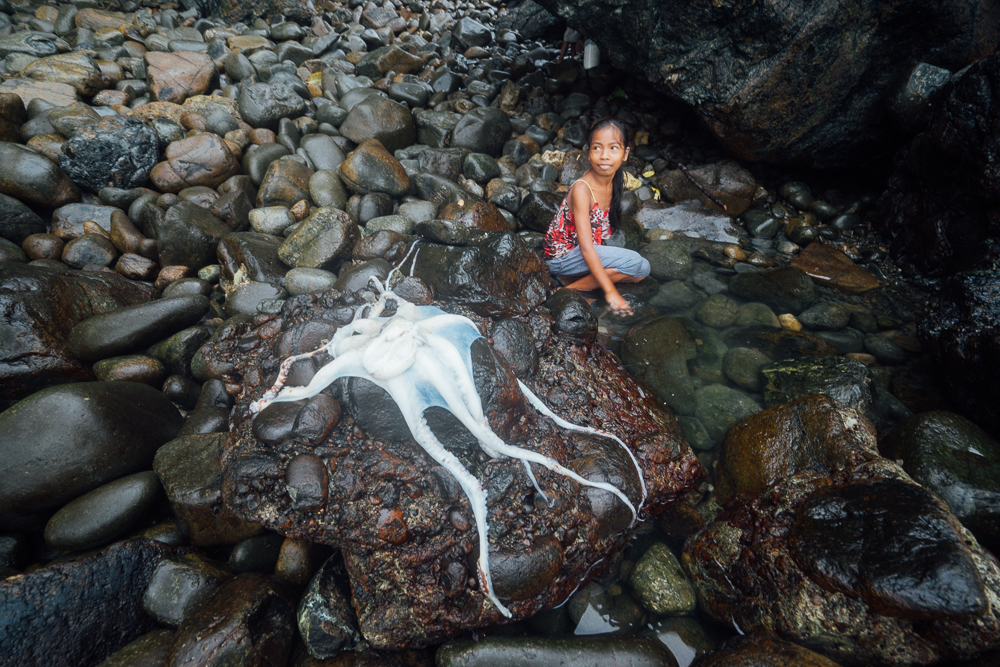 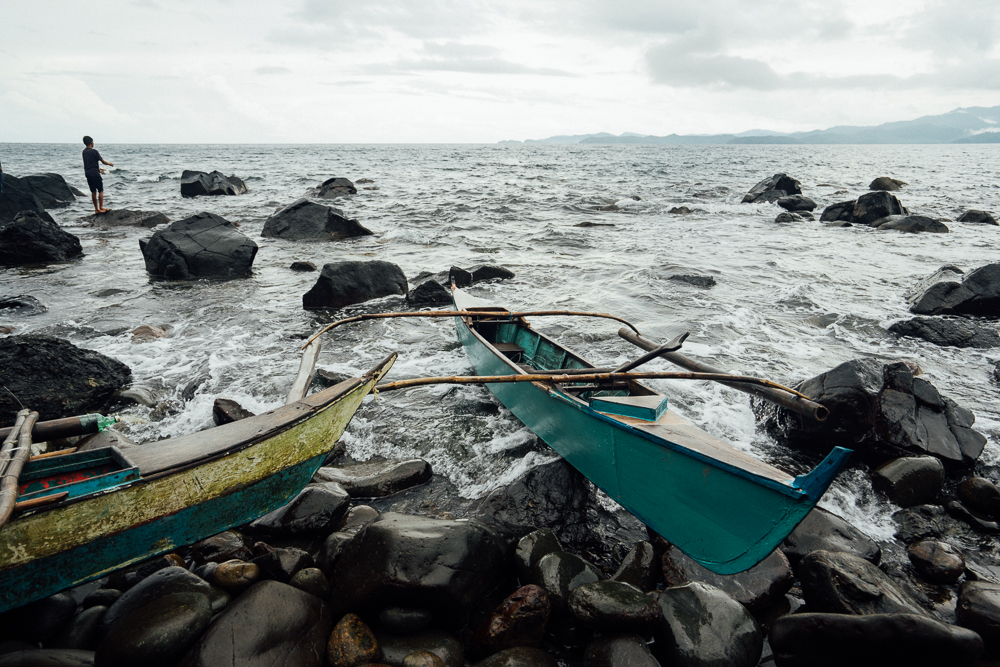 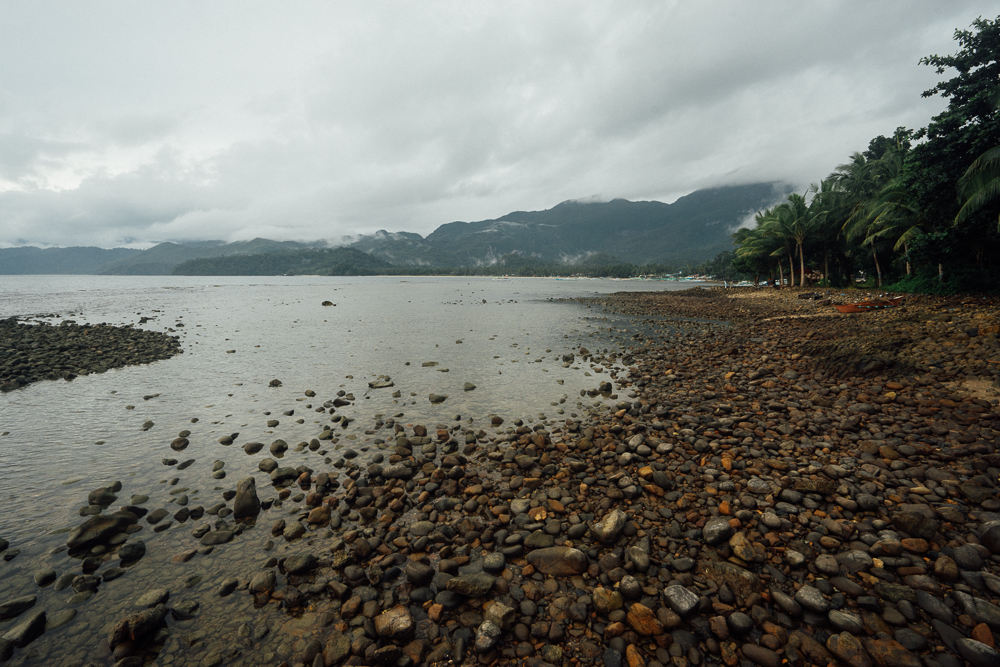 We stayed at Cafe Sabang for two nights while we explored the area. It was a solar-powered accommodation with an eco vibe. It cost 350 pesos a night or $7USD and was only a 1-minute walk to the beach. There are lots of high-end resorts in the area but I would definitely suggest this place for an easy stay with good vibes.