I originally came to Sabang to visit the famous underground river cave but soon realized that Sabang Beach and the surrounding area was much more than a single tourist attraction. The underground river cave was listed as one of the New Seven Wonders of the World in 2011 and it’s popularity increased 300% from that moment onwards. 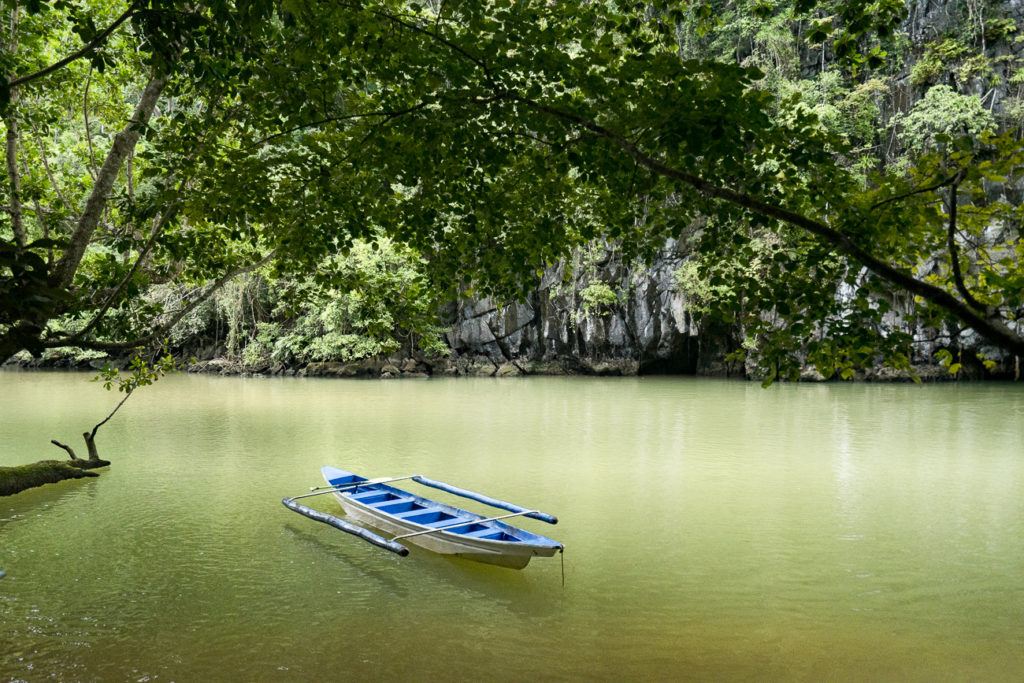 Sabang Beach and the surrounding area had a really cool vibe. There were multiple factors that created such a community atmosphere. Each morning kids helped with fishing nets, hung around their parents while they worked and roamed the streets. As the sun went down the children flocked to the beach and played games of soccer, basketball, tag and sand castle wars. 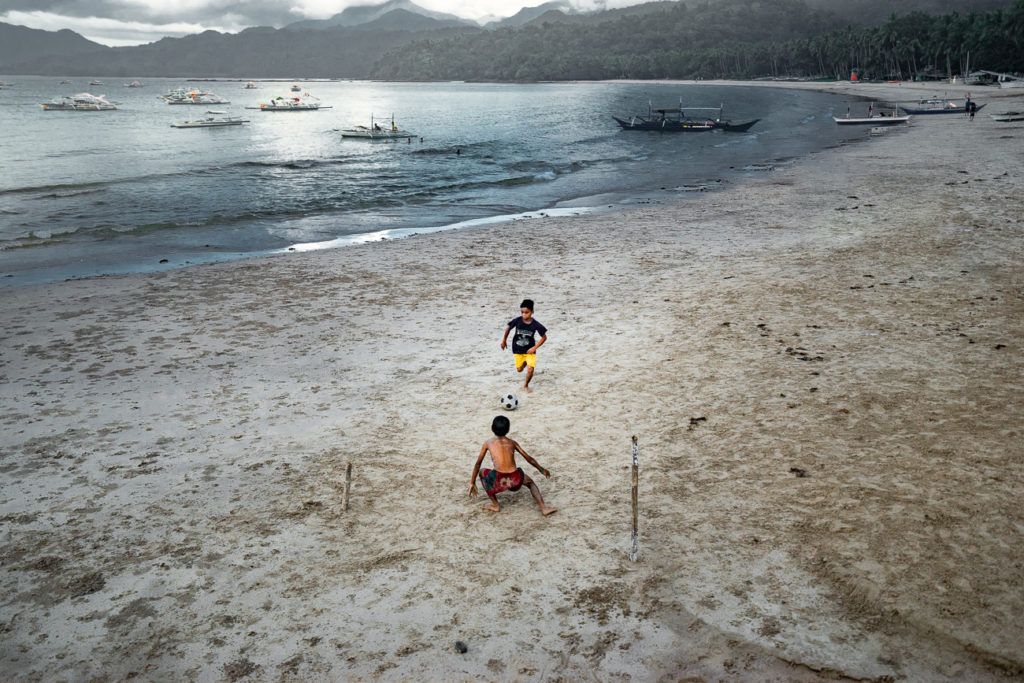 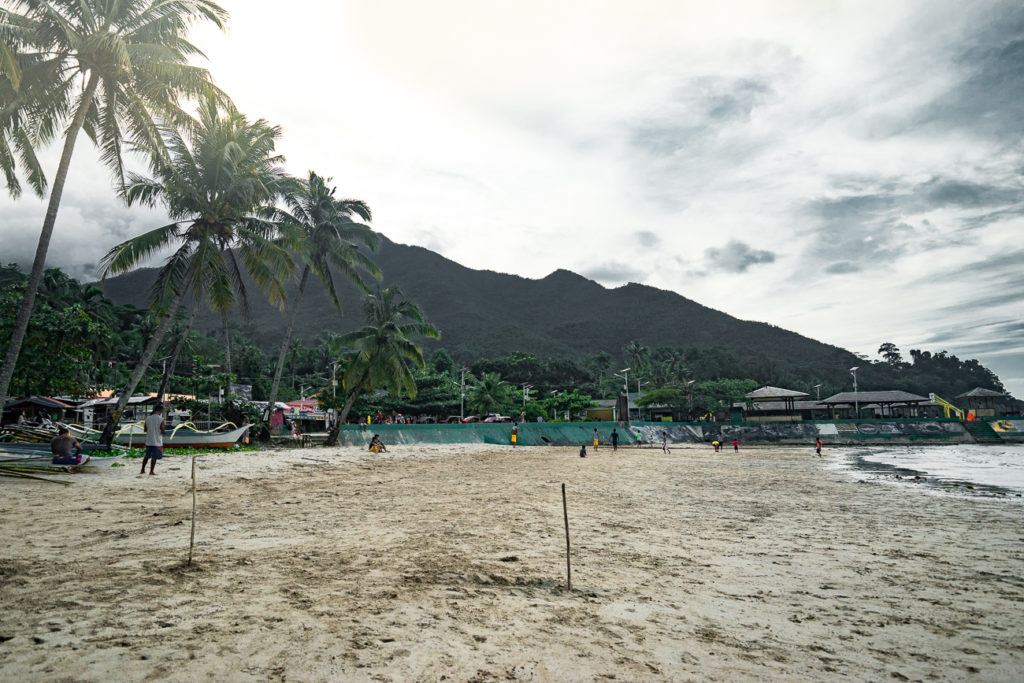 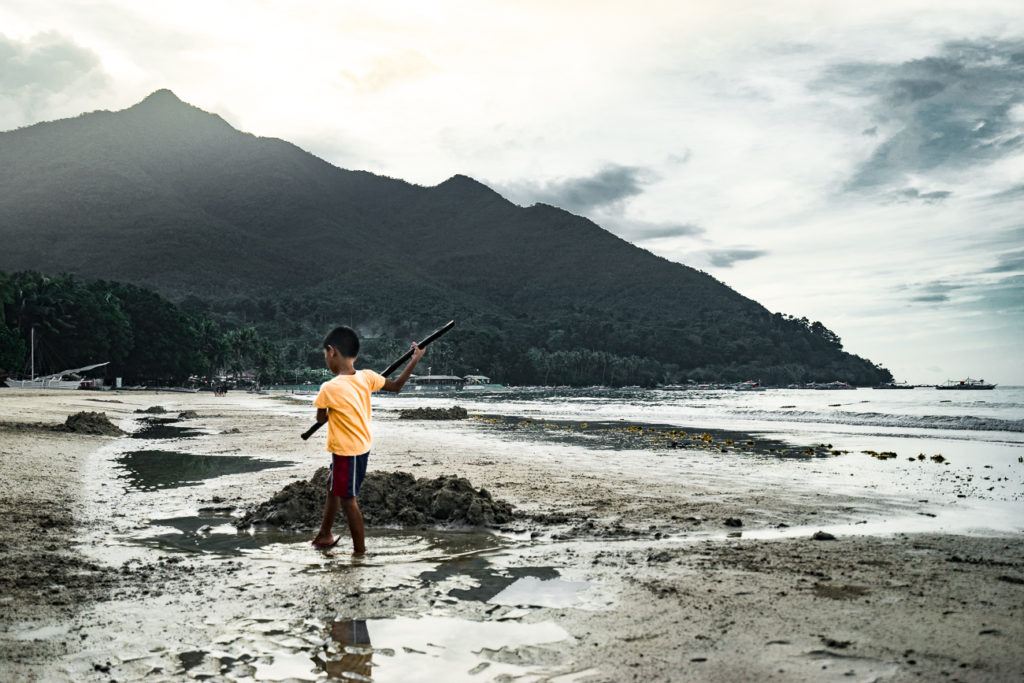 My friend Jorden and I joined in a soccer game with 8-yr olds much to their delight one night just before sunset. We had originally planned to shoot the sunset but I can never turn down a game of soccer in my life. Halfway through the game the sky was on fire so I grabbed my camera and took a few snaps before returning to kicking the butts of 8-yr olds. 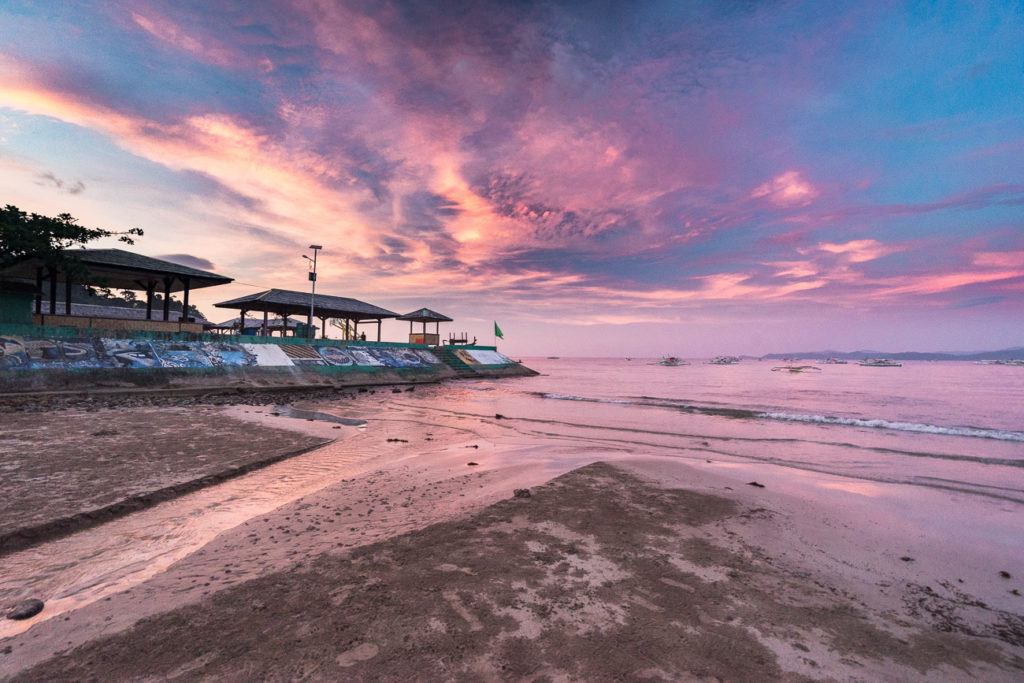 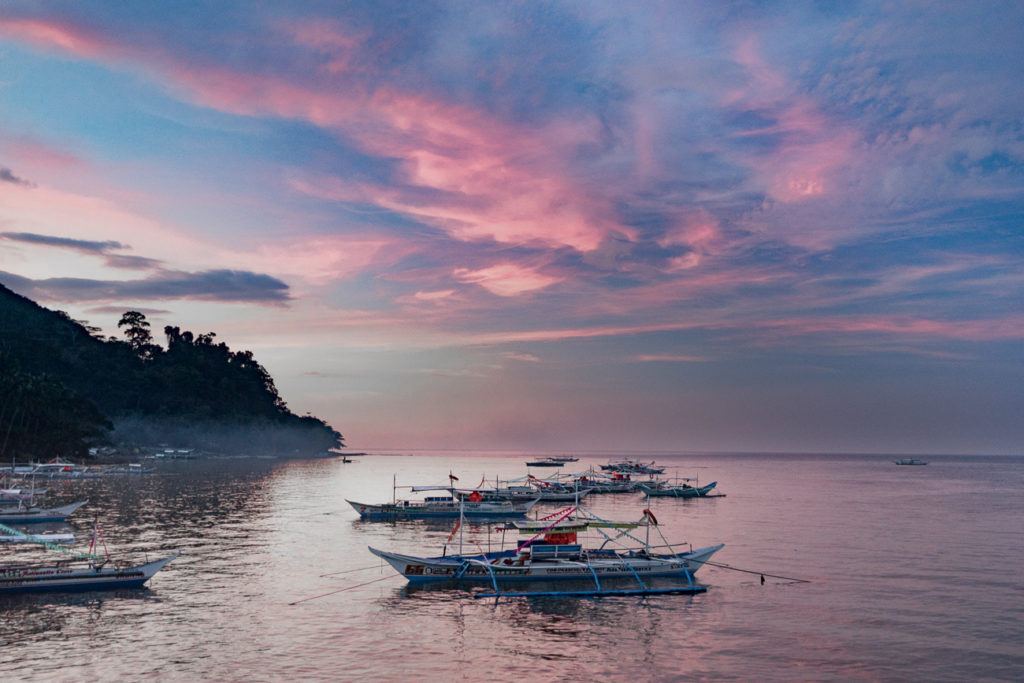 The weather in Sabang was on and off one of the mornings was particularly rainy. We hid indoors til it cleared and decided to venture past Sabang Beach and explore the other bays. Halfway through our exploration it began pouring. It was a huge storm that lasted about an hour. I managed to grab one photo before I bolted to cover under a hut near the beach. 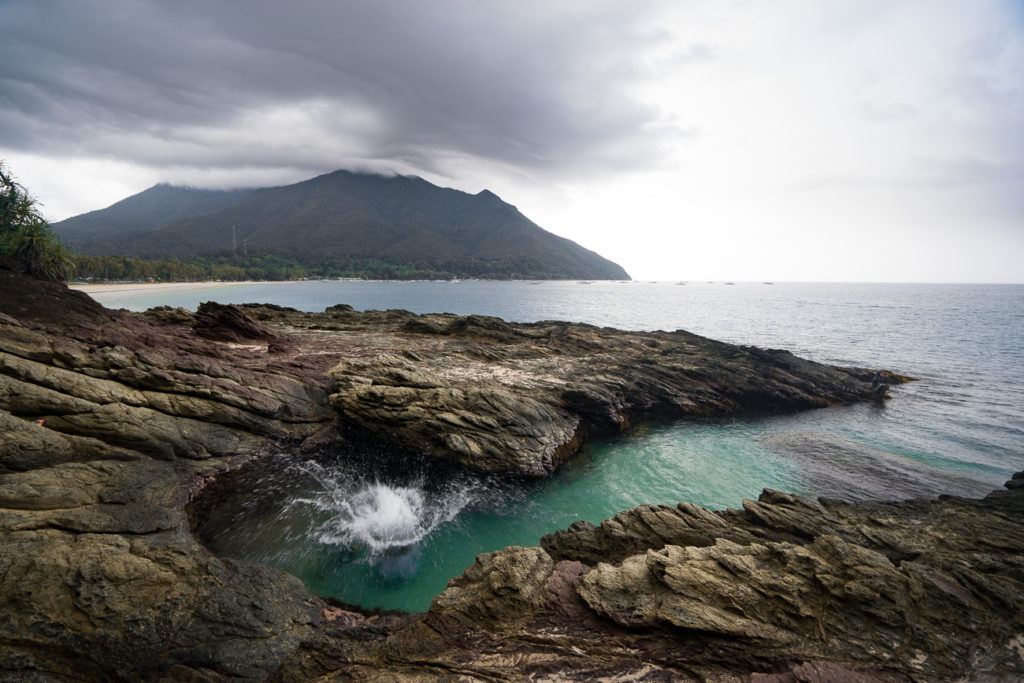 We waited out the storm and when it cleared, there was not a soul on the beach and it was one of the most beautiful scenes of the trip. The clouds were stretching around the top of the mountains, the sand was empty and glistening. 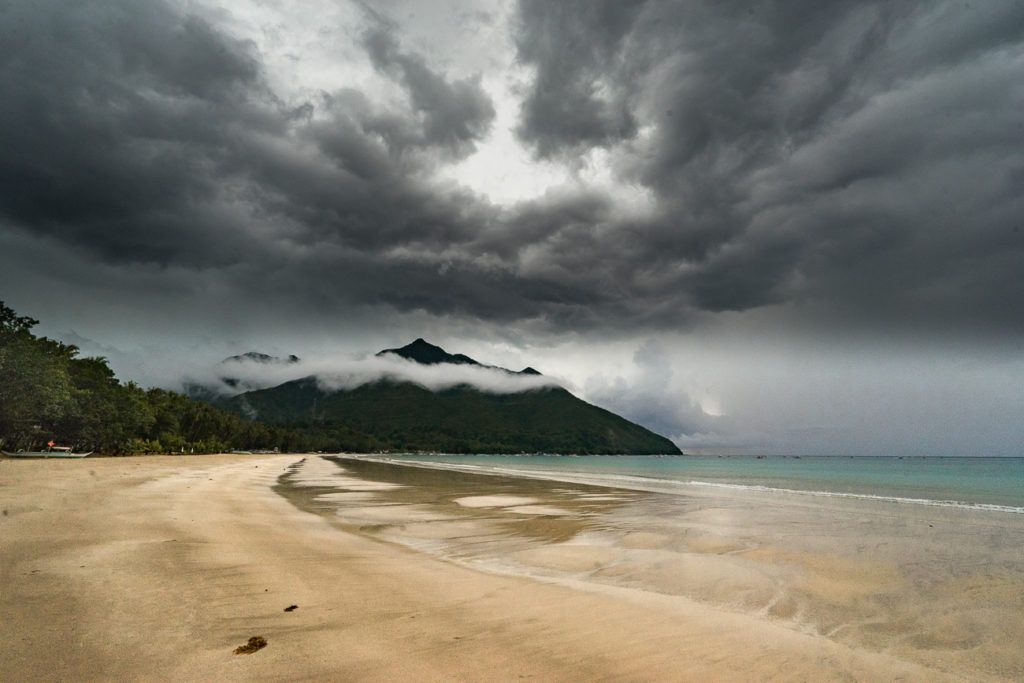 We took the backroads on our journey back to the hotel and felt the island vibes around every corner. 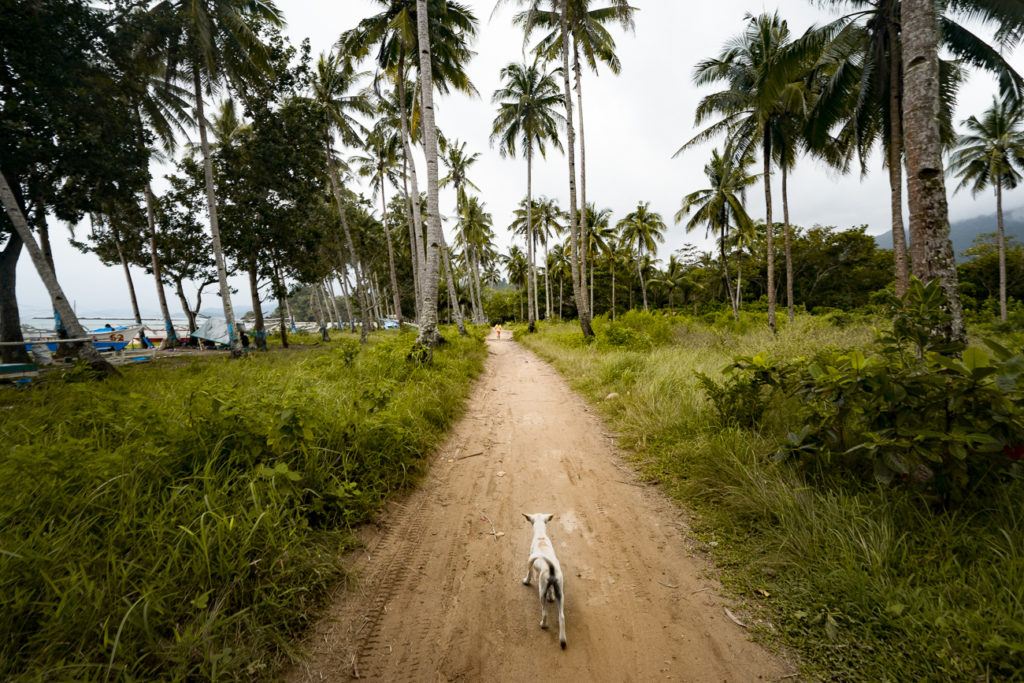 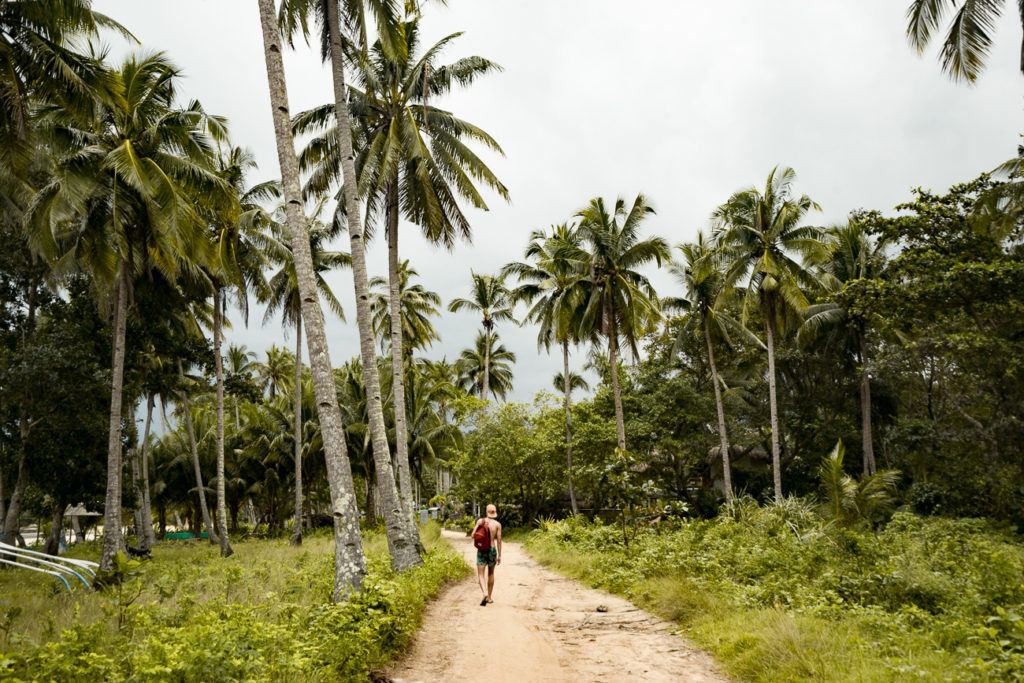 The coastline was gloomy during our whole trip but the scenes around Sabang are always a bit dramatic I think. The layers of mountains and rapidly changing weather are the perfect backdrop to any scenes along the shore. 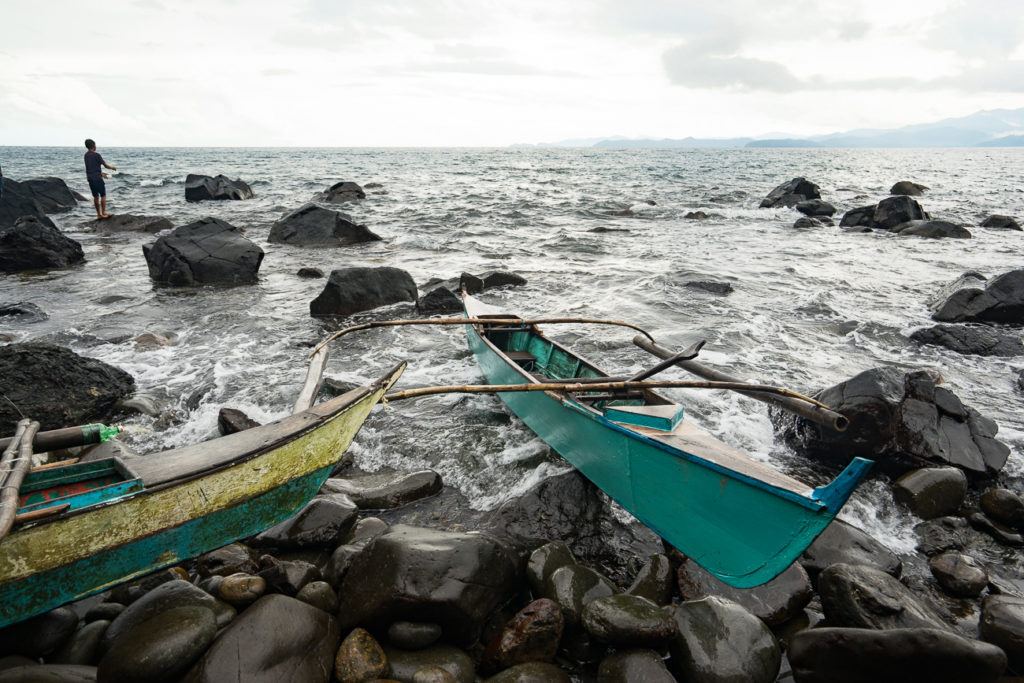 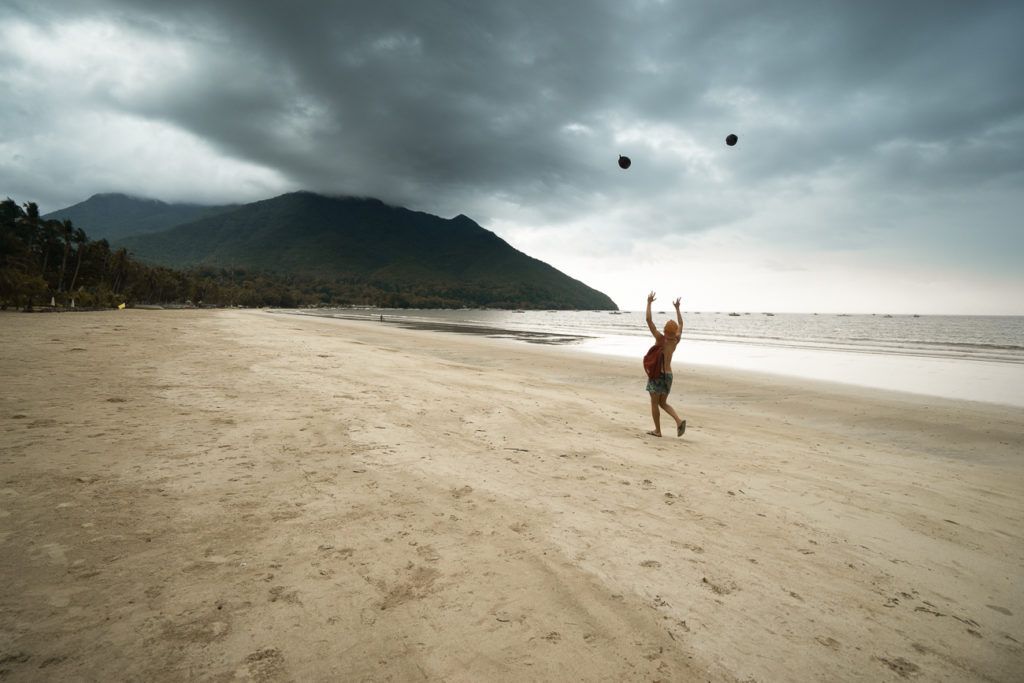 How I Spent a Month Backpacking the Philippines With US$800

[…] Sabang is a hotspot for tourists trying to visit the underground river cave which has been listed as one of the New 7 Wonders of the World. It wasn’t cheap and was the most expensive tour we did and definitely not the best. The cruise was interesting but the bottom line is that you glide through the caves for 45 minutes in a boat, the majority of the trip is so dark you only see what the tour guide points to with the torch. Well worth seeing but if you are tight for cash it might be best to save it for El Nido and Coron, tough call. […]

Hi Jackson from Oklahoma (USA) Want to go to Sabang & stay 3 weeks in July. Let me know a good apartment/hotel. Thanks, Tim my song. https://youtu.be/3e_rZYhB7Rc