I’m standing behind a waterfall, watching the droplets majestically float down right before my eyes. I feel like I am inside the earth, inside a chamber watching the raw power of mother nature from the inside out. I am within the heart of Kiki Waterfall in the Ngäbe-Buglé region, Chiriqui. It was the second waterfall of the day after visiting Romelio Falls earlier with two local tour guides and a group of new friends.

The boys from Hiking Panama had been talking to me on Instagram and had driven all the way up from Panama City overnight to adventure in Chiriqui. With no sleep, they picked us up from our hostel in Boquete and drove us all the way down to David and eventually into the Ngäbe-Buglé region. Amazing hospitality from these generous Panamanians! 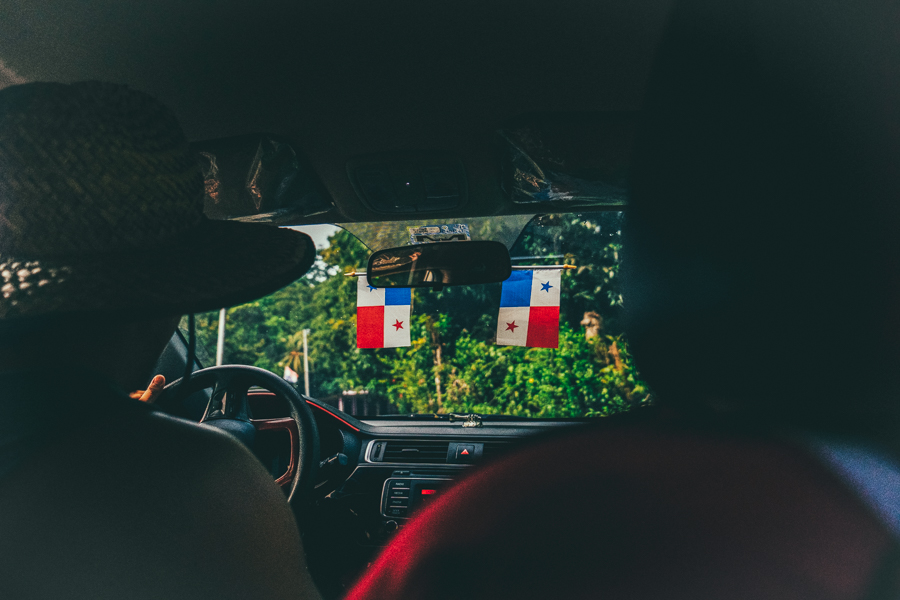 HOW TO GET TO ROMELIO WATERFALL AND KIKI WATERFALL

The crew picked us up in Boquete in the morning and we made the 45-minute drive to the nearby town of David. From there we met up with more friends and we convoyed into the Ngäbe-Buglé region for another hour or so. The drive was quite scenic as we cruised through the hill regions of Chiriqui.

We then met up with Juan Carlos and the Kiki Waterfall Tour team. With two additional crew members, Juan Carlos would be leading us to both waterfalls. We bundled into the back of the pick-up truck. This truck is necessary because we made several river crossings and the road was incredibly bumpy. It took about 20 minutes in the pickup truck until we reached a small wooden house inside a lot marked off by a little-fenced area. This would be the base for both waterfall journeys, which were actually both nearby.

The walk to Romelio Falls from the house took about ten minutes and the same amount of time to reach Kiki after returning to the house. The pickup was parked at the house and we returned the same way we came. 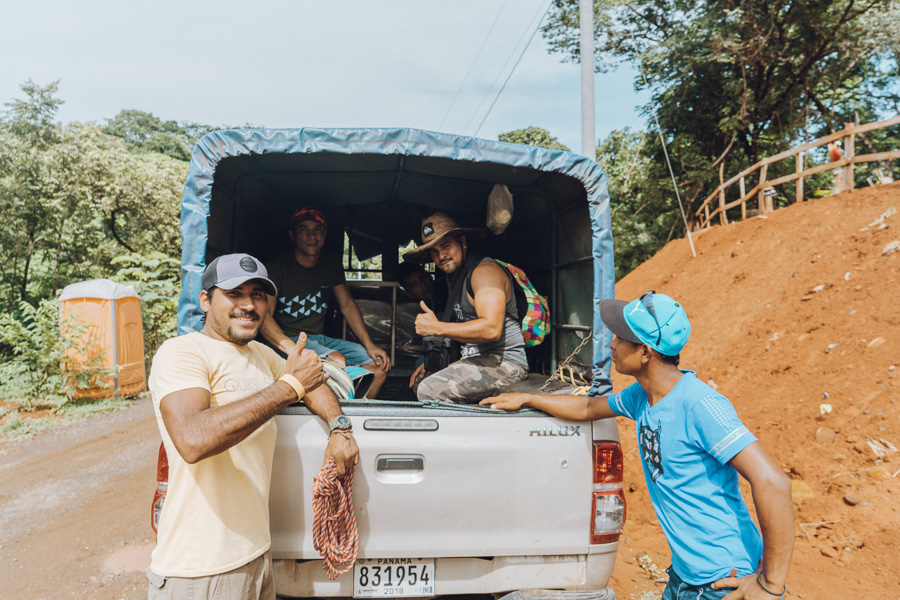 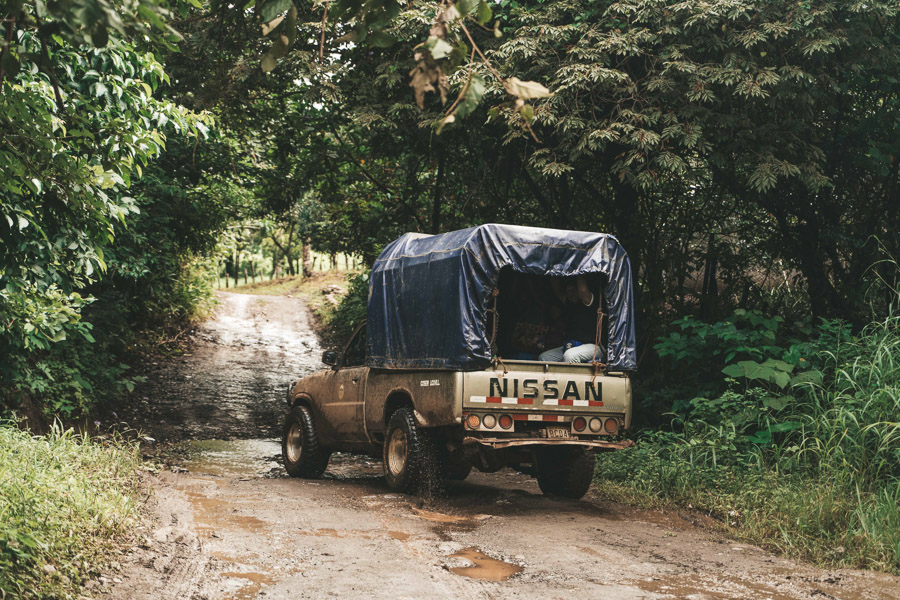 I have added the contact details and prices for Juan Carlos’ tour company. (No official name I was told) It was three local guys, all super nice and we ate at their local restaurant after the hike for $2. These are the tour companies we should be supporting.

TOUR COST: The cost of the tour depends on how many people you come with. The guides cost is roughly $30 and the transport is roughly $60 from what I gathered. We each paid $11 and we were 9 people. There didn’t seem to be a set fee but I would bargain for about $80-$100 split between up to ten people. Moral of the story is getting a group together and the cost is low. 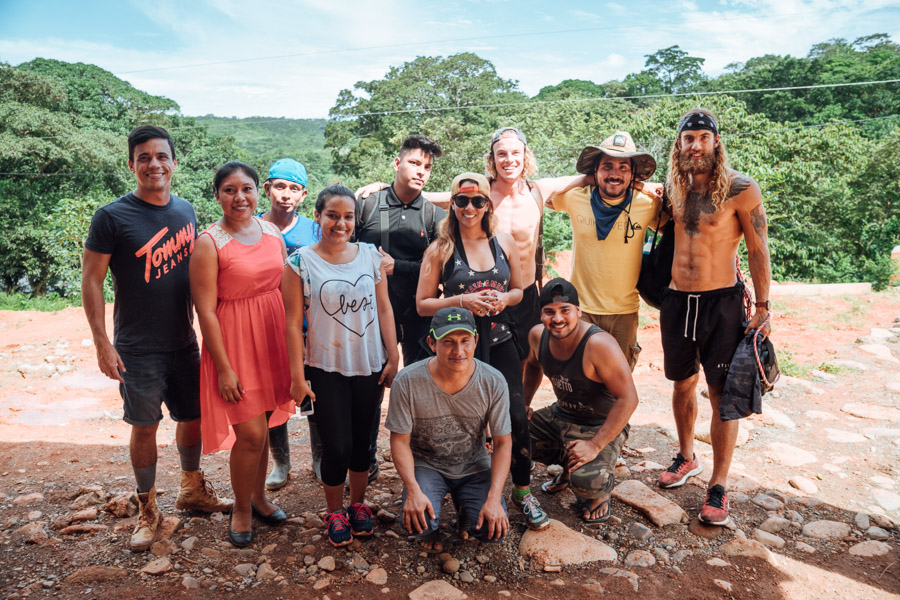 Once we had rolled out of the back of the pick-up truck we made our way down the hill towards the first waterfall of the day, Romelio Falls. It took only a 10-15 minute walk through the field un we met the cliff-edge. As we neared the edge the view opened up in the valley below and there before us was the epic, twin waterfall known as Romelio Falls. The waterfall had to be at least several hundred feet with multiple pools at the top of the falls. We only observed Romelio Falls from this grassy viewpoint, although some groups do venture around the cliff to go on top of the waterfall. From on top you have a new vantage point but can’t see much of the waterfall anyway.

I love how the cliff just drops out of nowhere and there are two starkly different levels of land. It makes you wonder how the land was formed in such a dramatic fashion. This was a great first taste of waterfalls for the day but we knew the big drawcard of the day was yet to come. 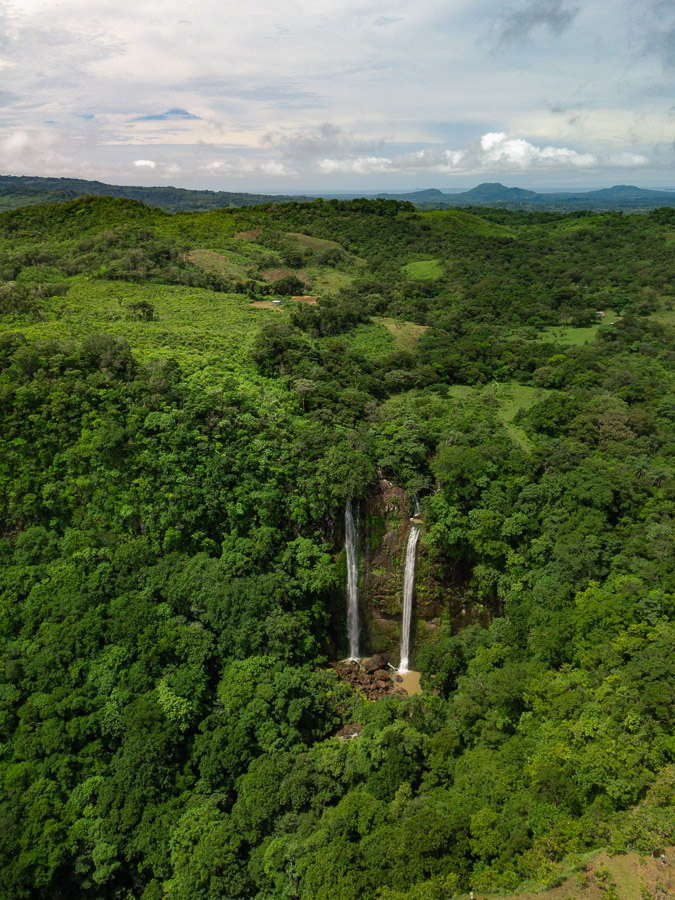 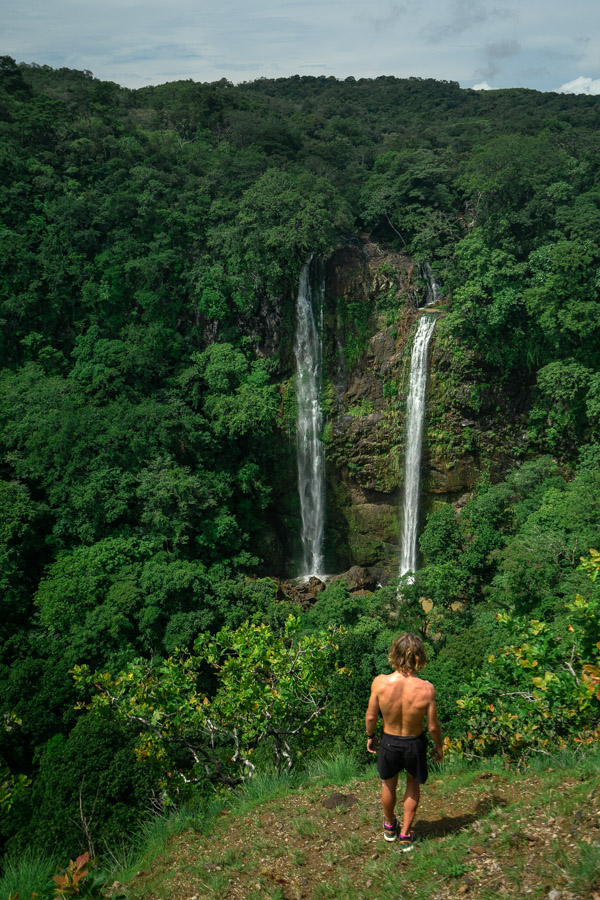 We trekked it back up the house and then began the descent into Kiki Waterfall. Luckily it hadn’t been raining to crazy in the days prior to our adventure. It was the middle of winter and the rains were here but if you do this trek in the rain you will be in for a slipper and slightly dangerous time. For us, however, it wasn’t too bad. The ropes and railing helped us slowly navigate down into the amphitheater of Kiki Waterfall. It’s really only 100-200m of walking down into the waterfall area but it is very slippery and takes about 10-15 minutes. 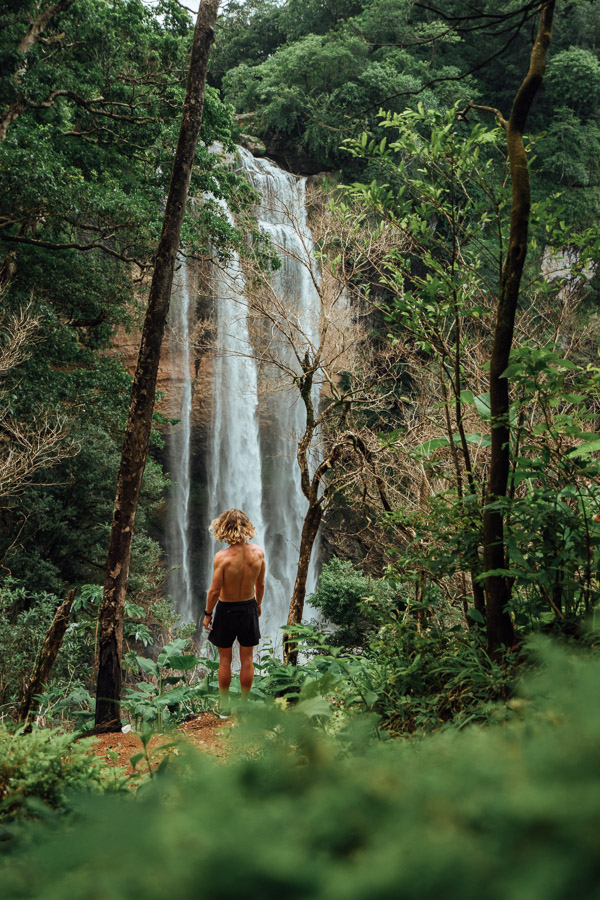 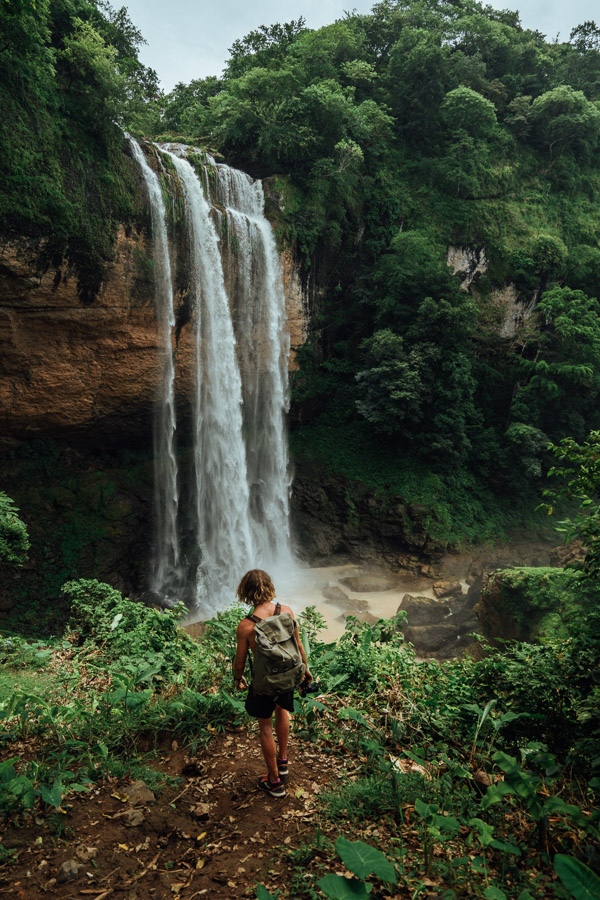 It will take you much longer if you are anything like us. We were blown away from the first minute of setting our eyes on the massive, powerful waterfall before us. We stopped to take photos at multiple points along the trail. The raw power of this waterfall is just insane. The cascading water seems to fall into a soft sheet but when you look at the base of the falls it is just pure carnage in the pool below. 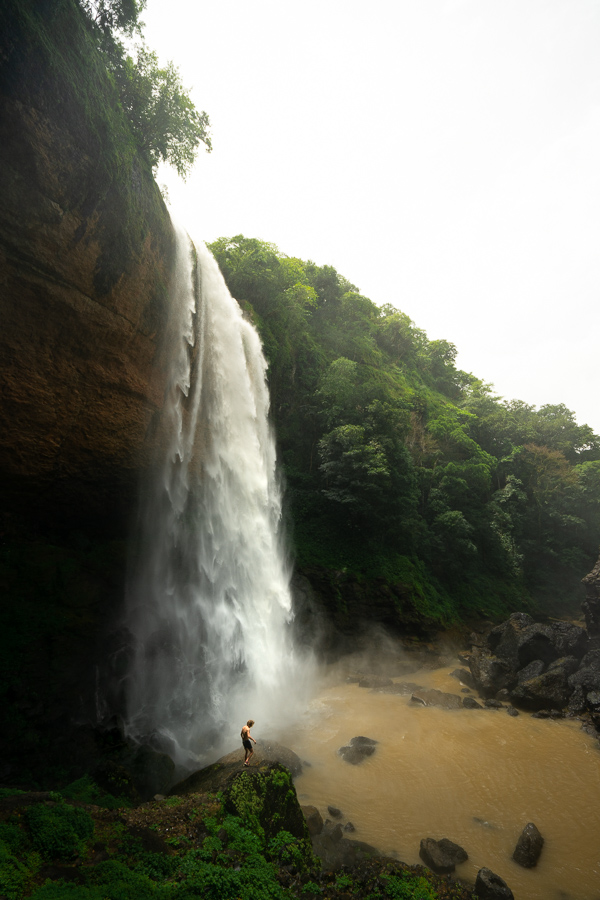 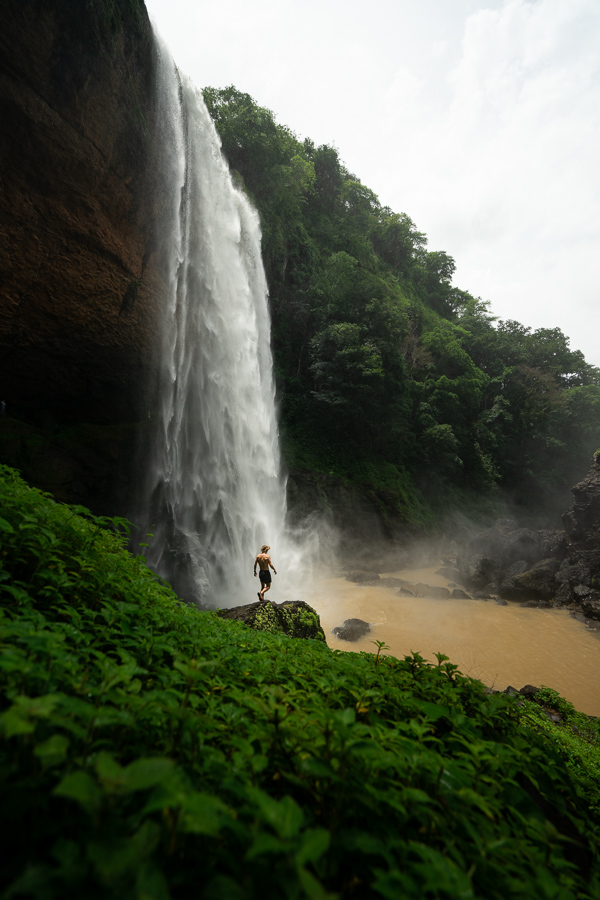 There are a few cool rocks to explore at the base of the falls. However, the conditions down there can get quite crazy. Trying to take photos meant saturating the camera and having to wipe the lens between every shot. 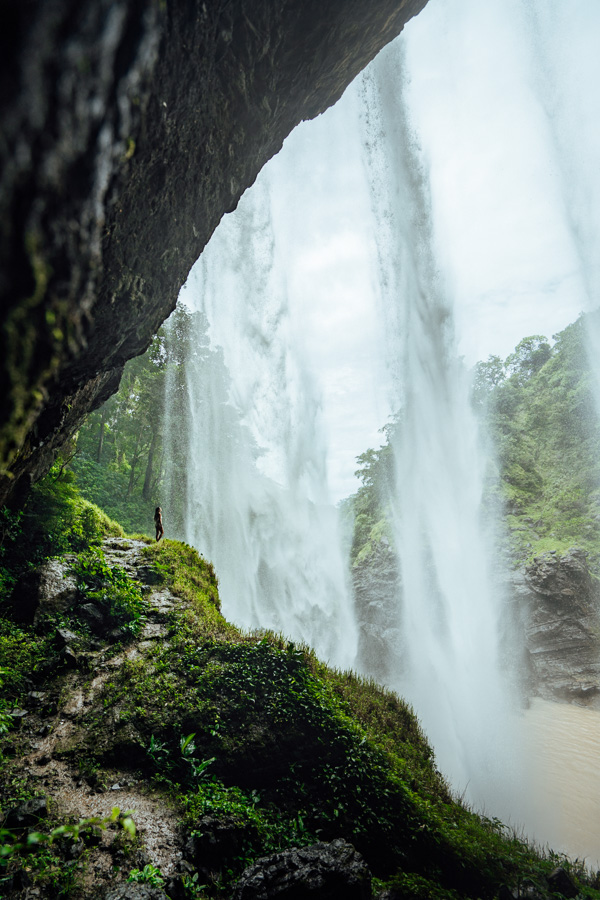 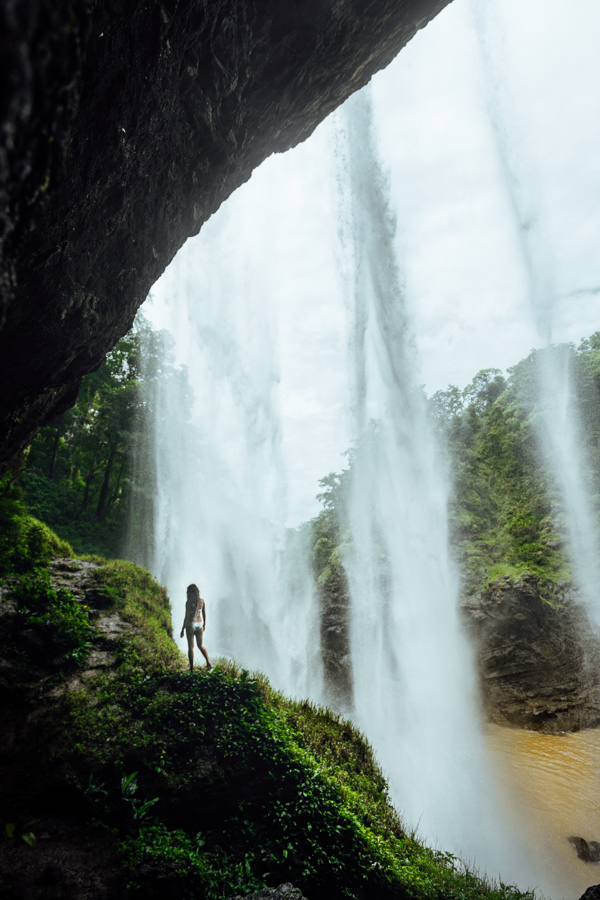 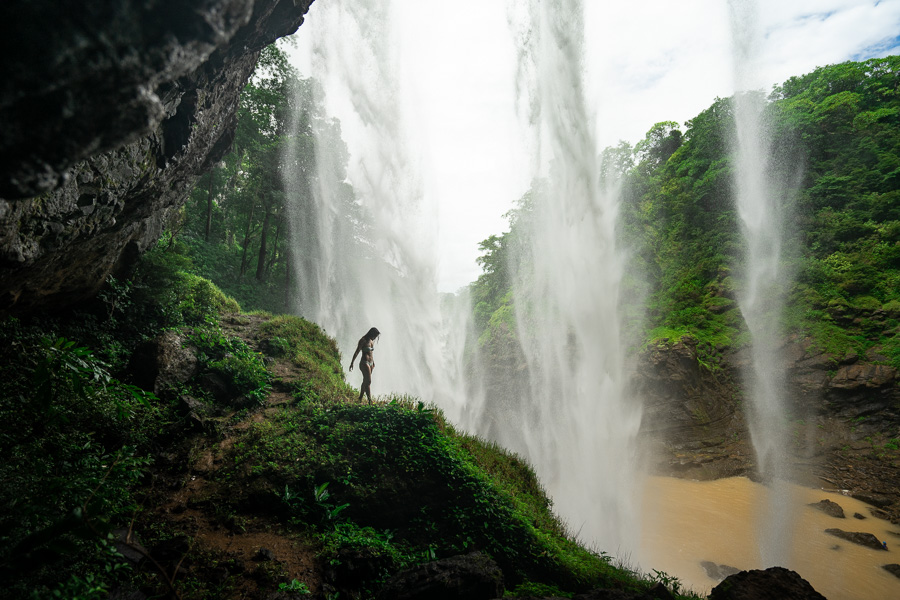 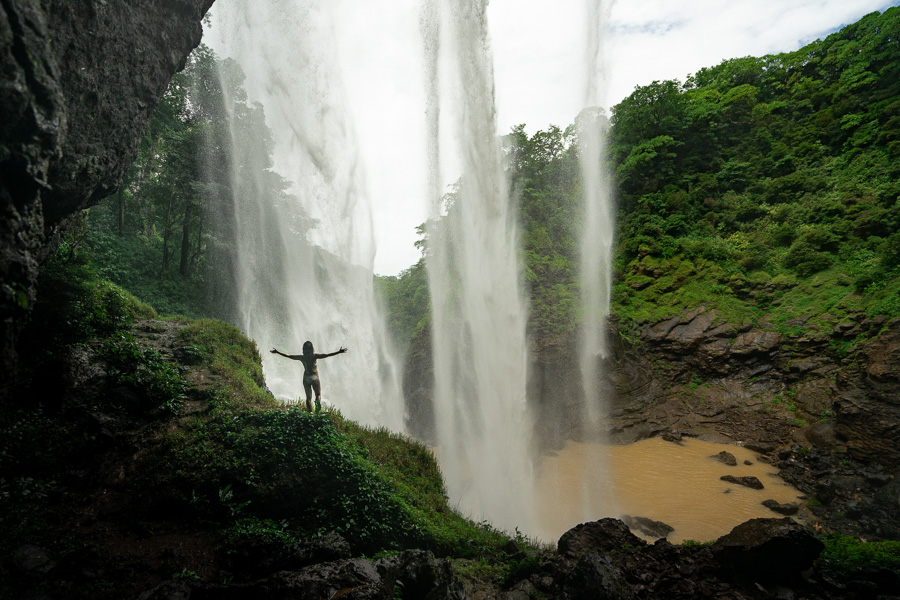 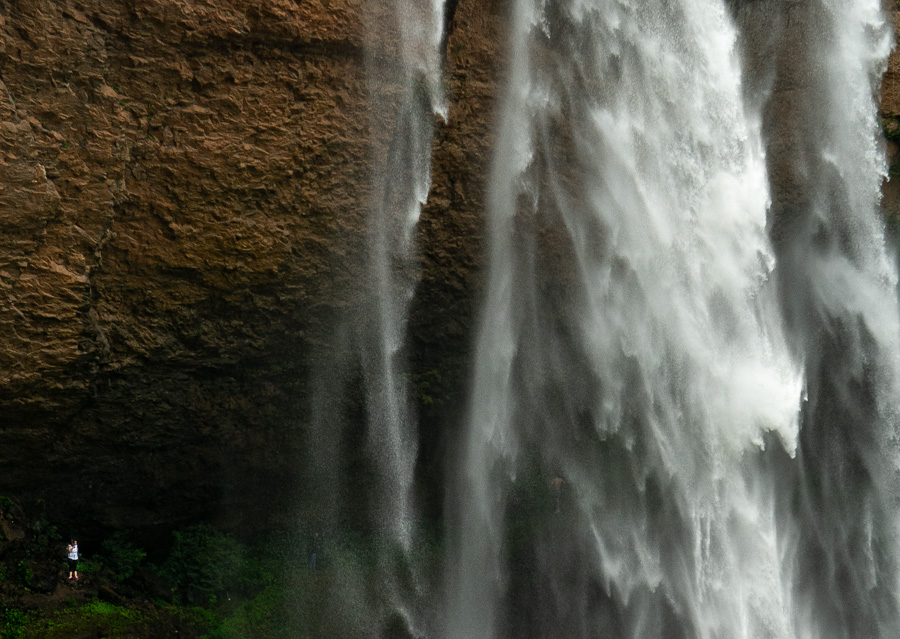 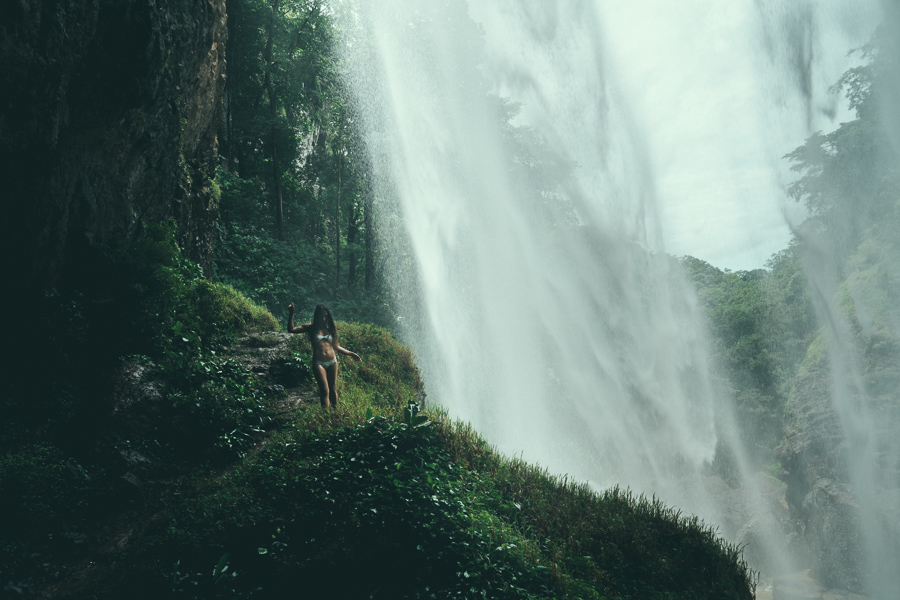 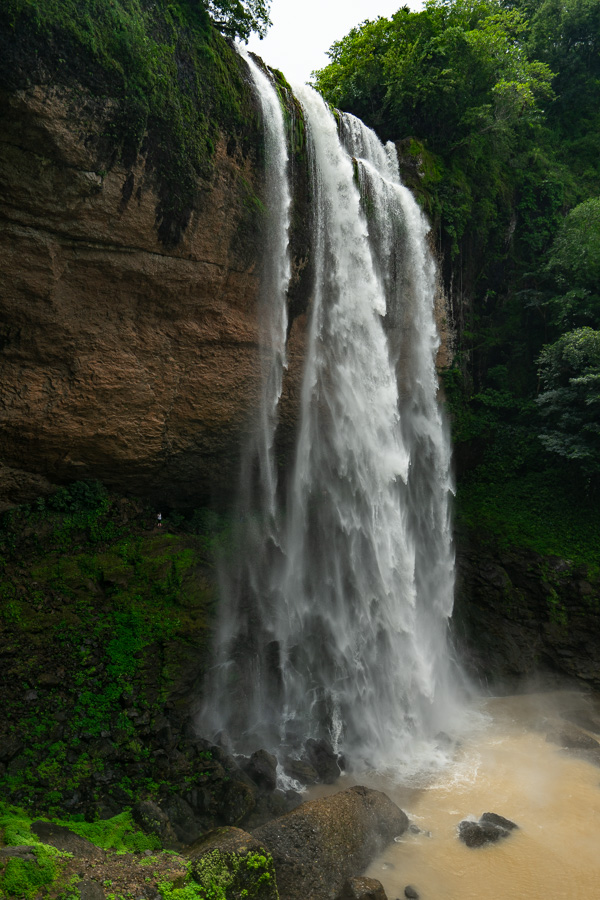 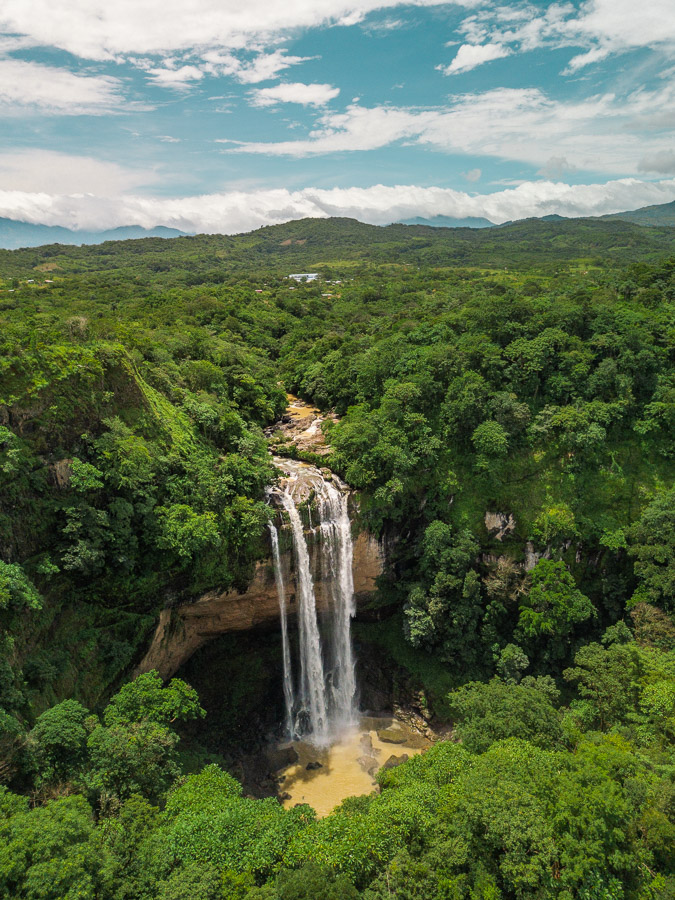 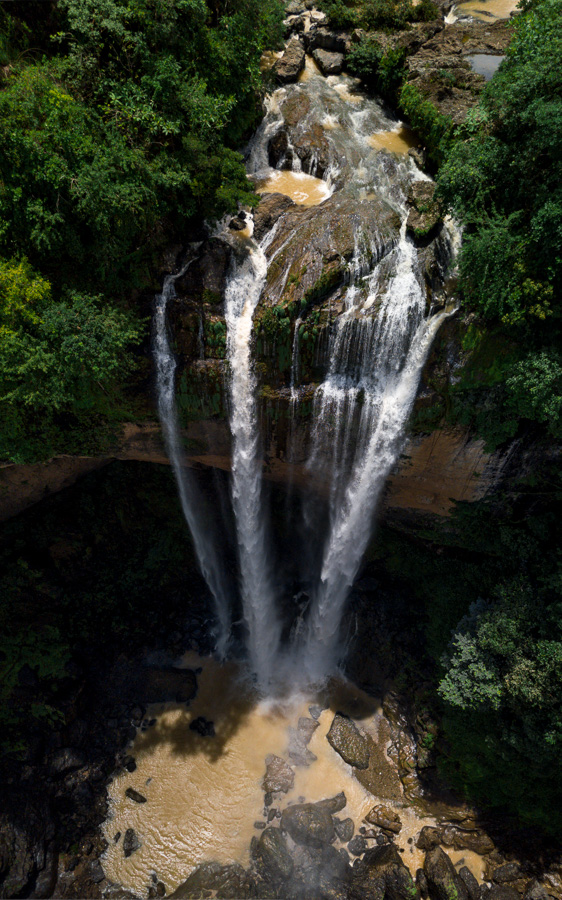 Below is a map, which shows the Cerro Banco and Ngäbe-Buglé region (Comarca). You will struggle to find the location of the waterfalls and I think at this stage I would only recommend doing this with a guide. Therefore it would need to be organized beforehand. I wouldn’t be comfortable recommending this as a DIY activity because of the road conditions and also because this is land owned by the tribe and visitors need to go through them. At this stage that is how the situation is so we need to respect that. They are not charging much at all, were really nice and helpful. Your guide will give you directions on where to meet them to get into the pick-up when you organize your tour. If tourism opens up and the roads improve this may change and access by the public may be granted. As of 2018, this is the system I will be happy to endorse.

This page inspired me to go do a video on this waterfall. Have a look if you can, and thank you!

Amazing man. Congratulations for the article. Hope more people could visit panama in the future. It will be nice. Thanks.