Another day in the Aussie outback and another ridiculously early start. At 4 am, I carried my coffee out of the hotel room and loaded up the gear into the car for a sunrise adventure to Kings Canyon.

The hike to reach Kings Canyon is a short 30-minute trek in the dark. It followed a path at times but often we clambered along rocks until we arrived at the clearing alongside the canyon. We could’ve caught an extra couple of minutes sleep as we arrived about 45 minutes too early. It’s always better to be early than late.

I laid on the cliff edge, watching the clouds slowly morph shapes and colors as the floated overhead. As the sun began to break across the canyon our crew spring into action capturing some pretty epic spots of the canyon walls. 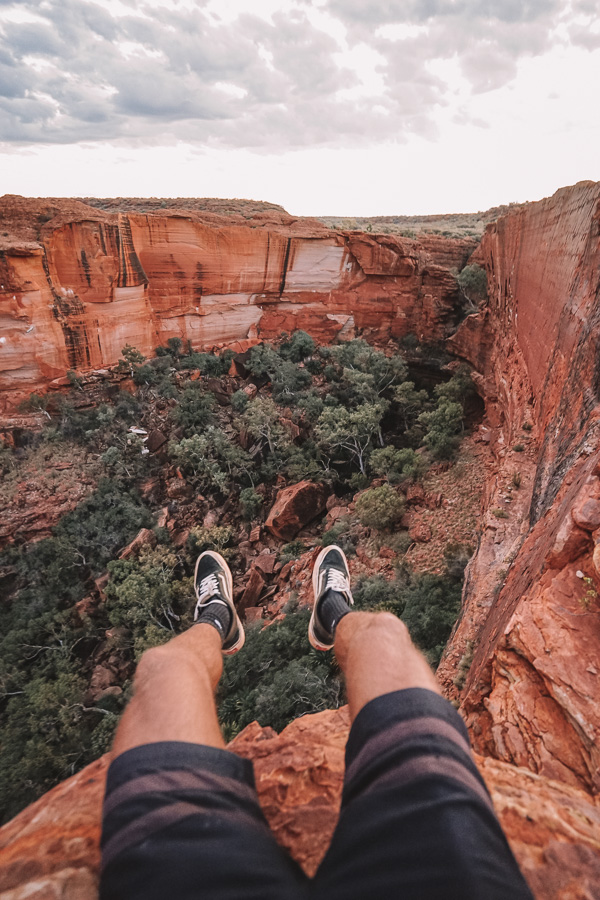 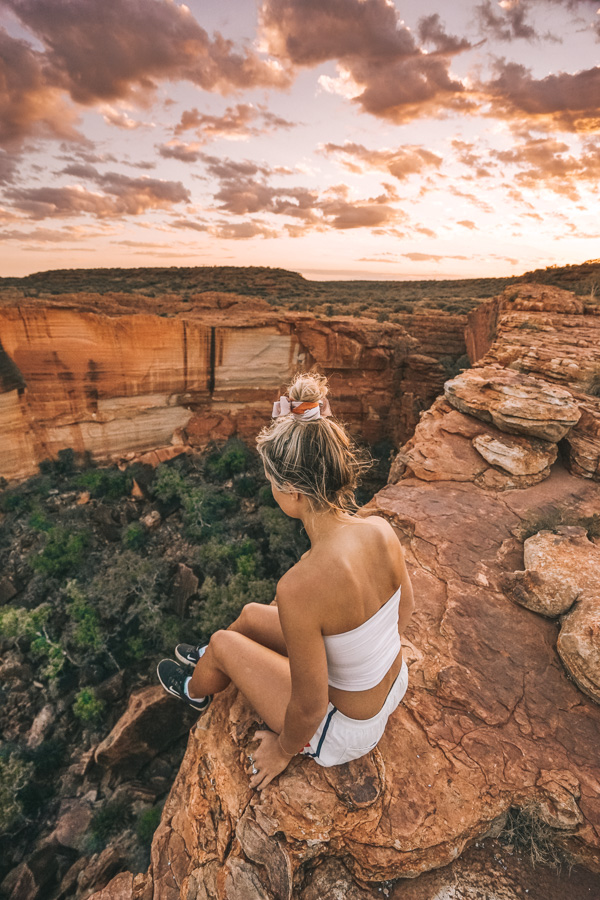 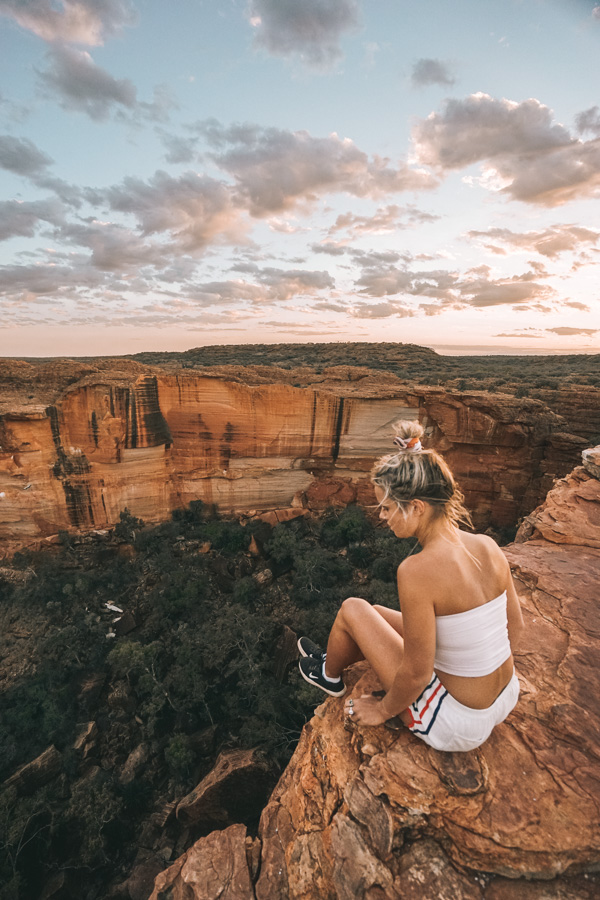 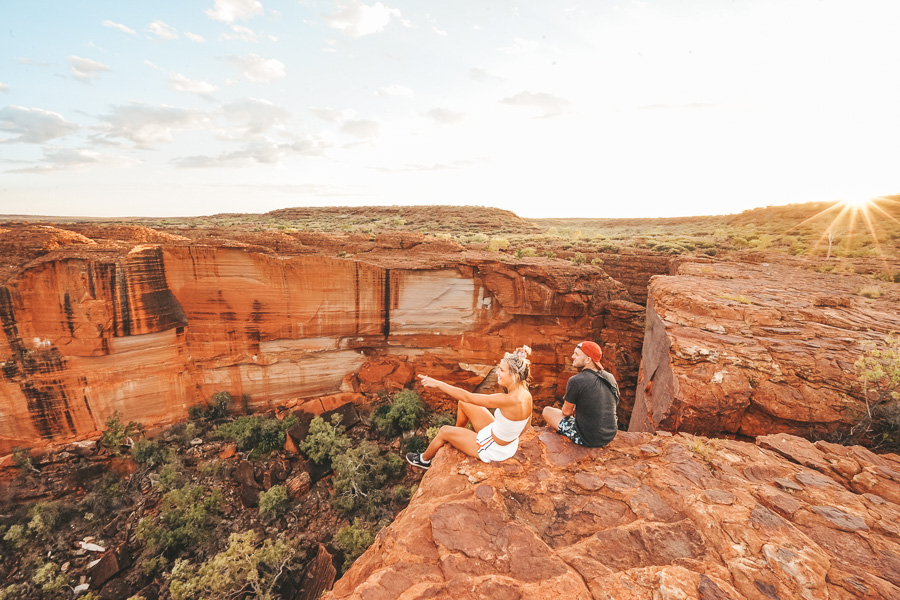 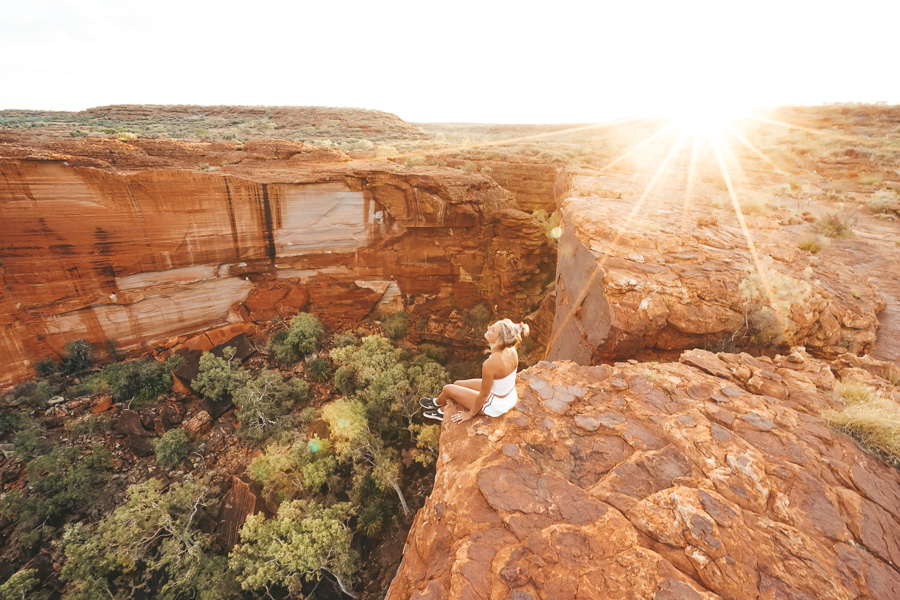 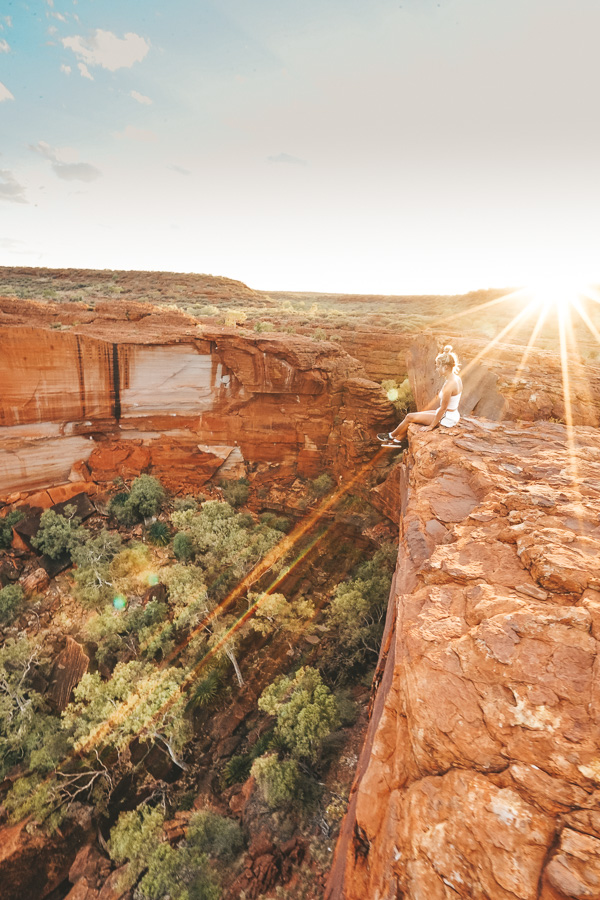 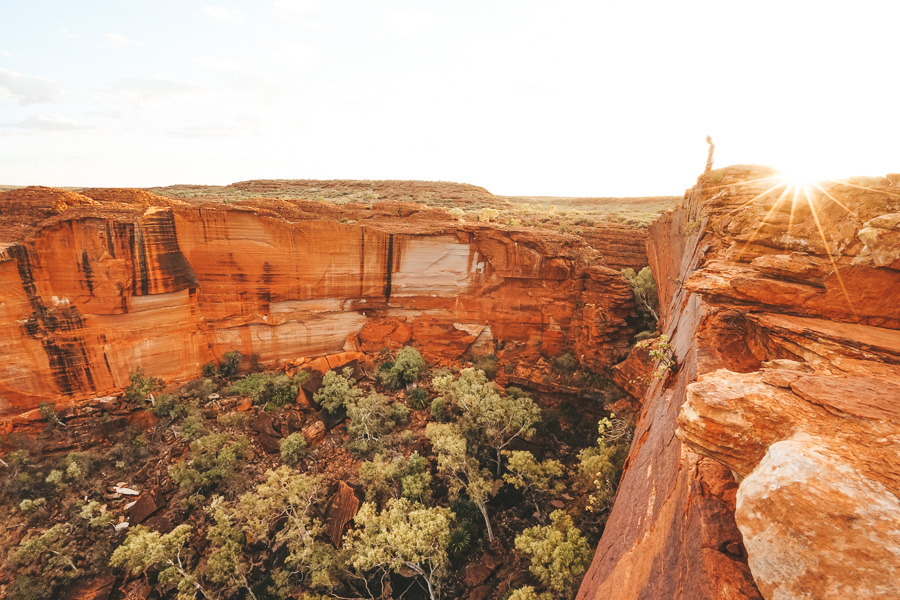 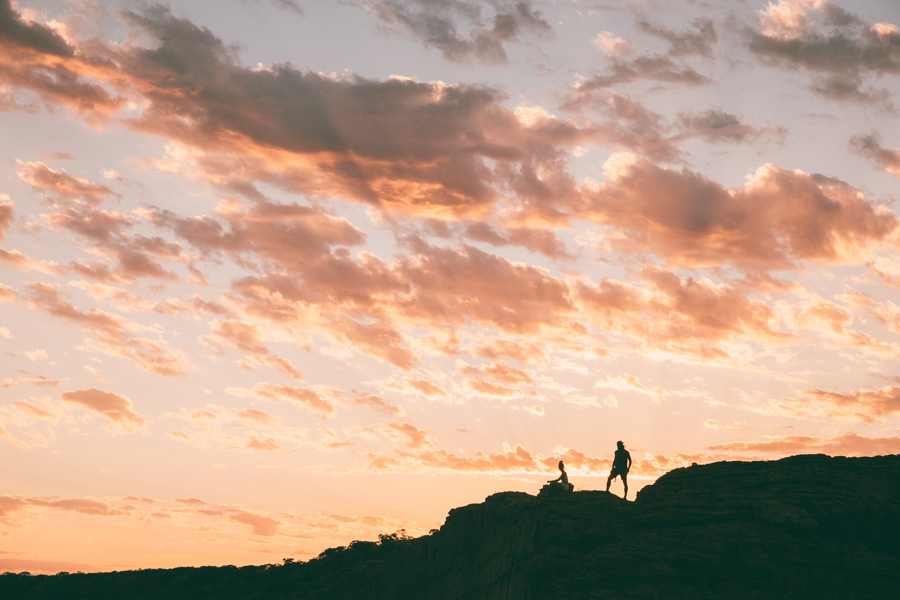 After our sunrise hike, we headed off along the dusty red outback roads towards Glen H elen. 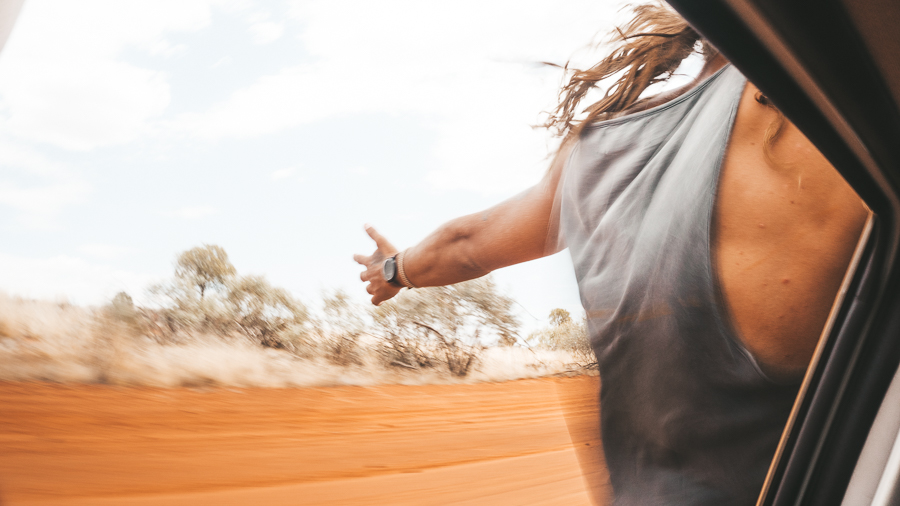 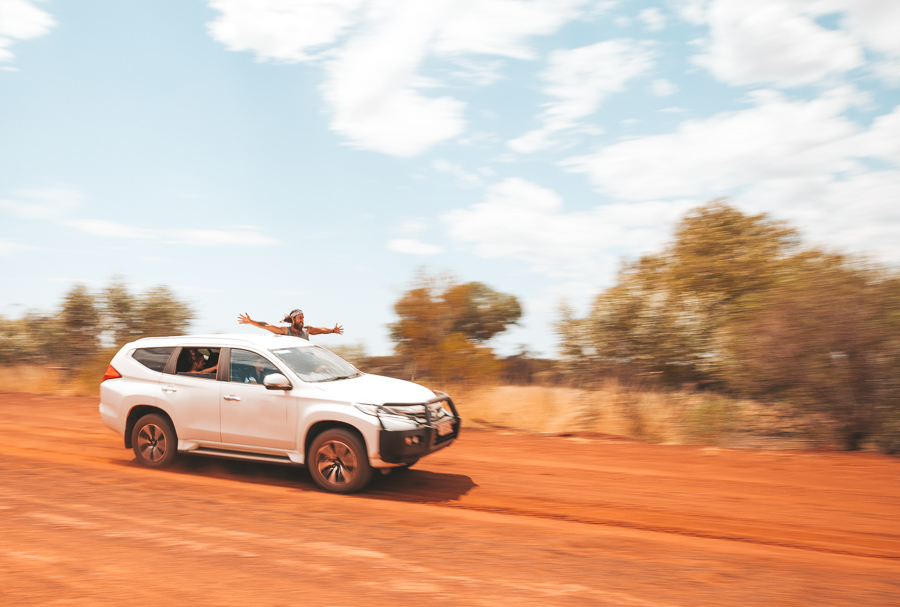 The camping grounds at Glen Helen offer an outdoor experience with the comforts of electricity and a restaurant. We camped in tents, had a bonfire and slept next to a waterhole. 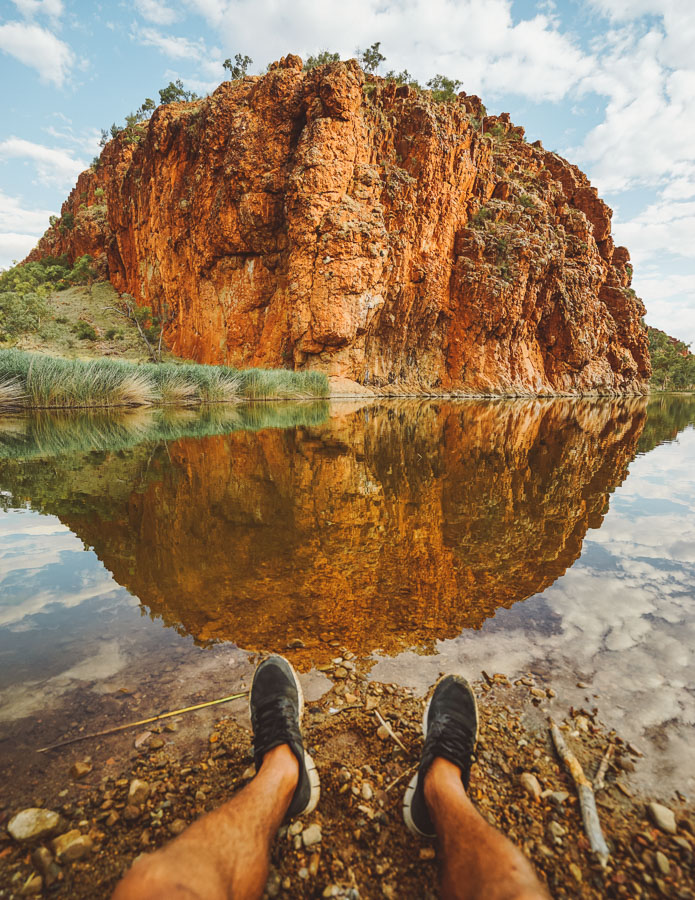 The waterhole was just about the most epic spot of the trip. I picked a spot that would be awesome for a cliff jump but it didn’t look very accessible.  I swam across the waterhole and began climbing the steep walls until I reached the top of the cliff after about 20 minutes. From here I clambered my way to the edge of the cliff. I had to slide underneath trees and creep along the edge until I reached a spot I was confident to jump from. I’m not sure about the exact height but it felt like the biggest I’ve ever done. Not knowing the location or seeing anyone jump first made the adrenaline rush all the stronger. 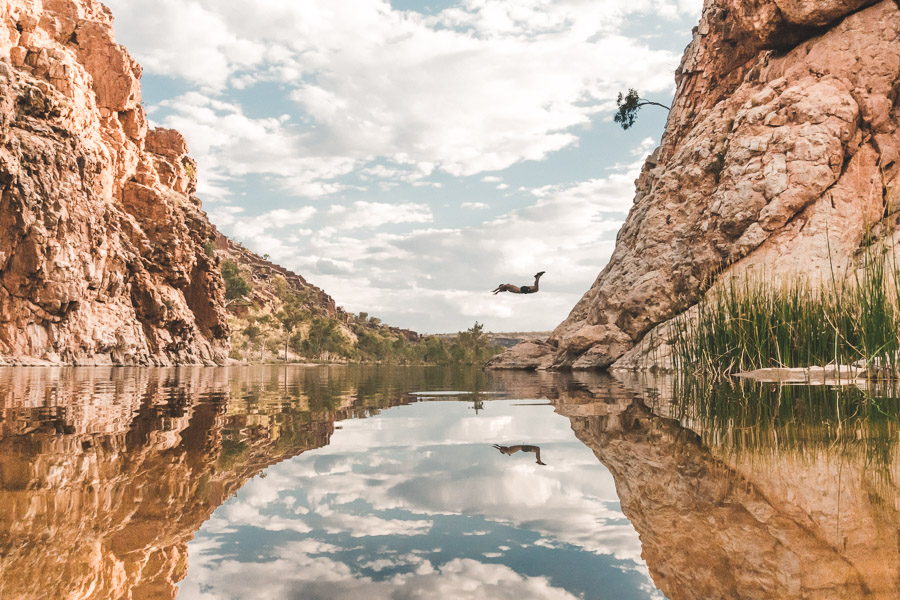 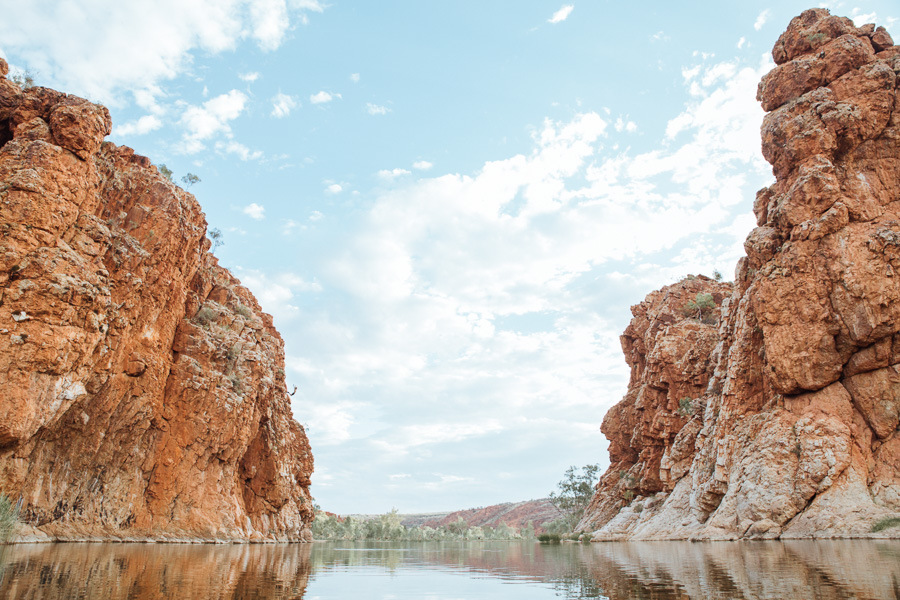 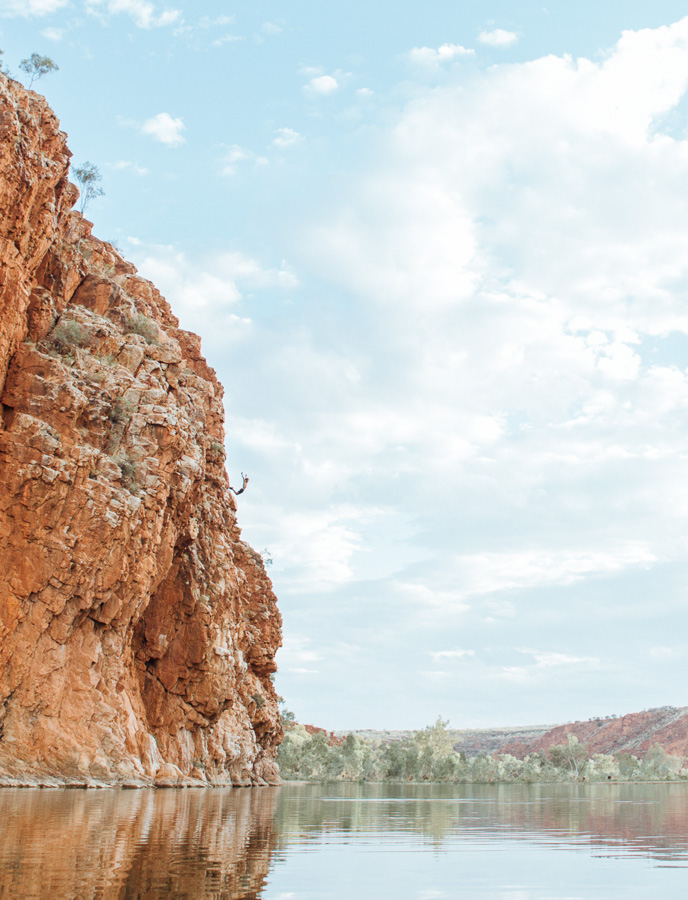 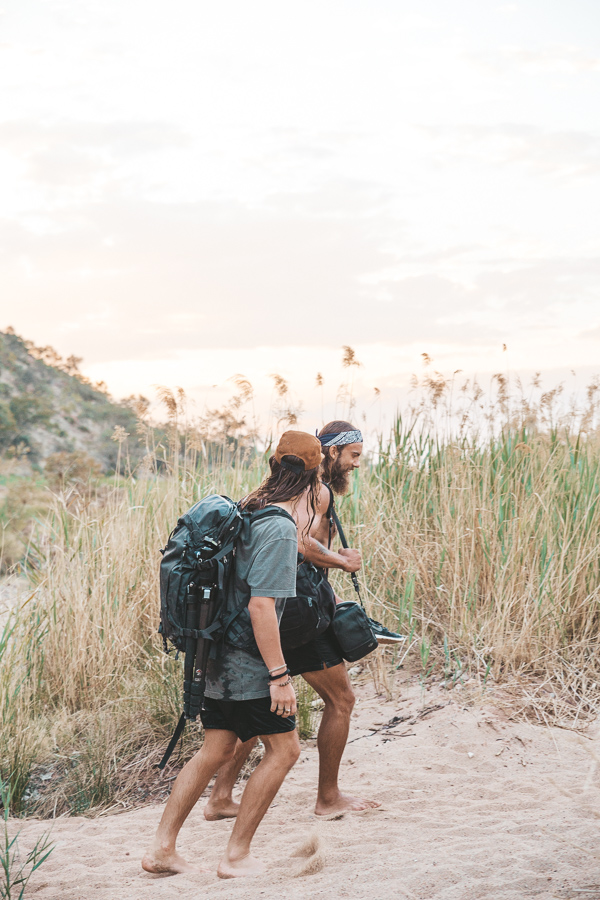 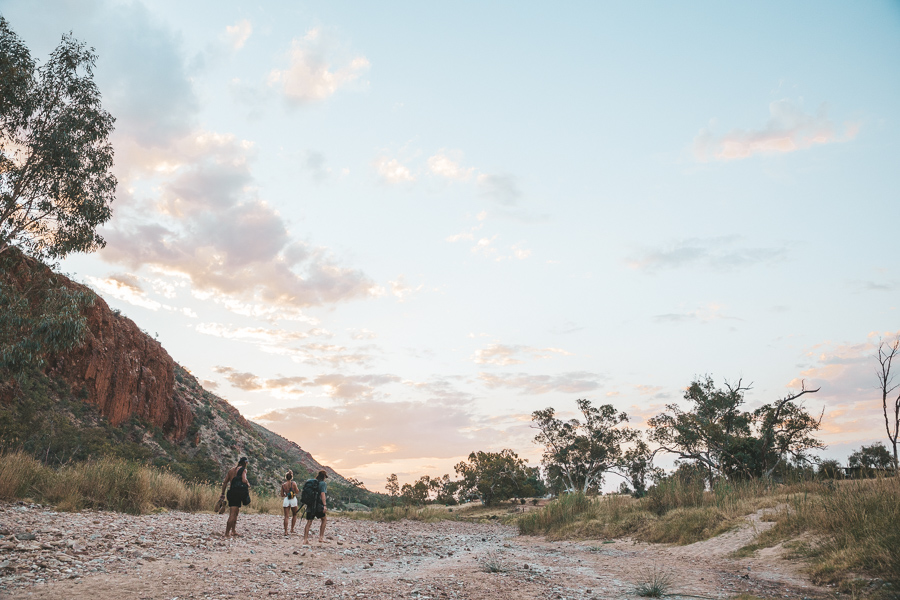 I’m with a few talented Aussie photographers on this trip and you can check them out at the links below. They are creating some epic shots for the tourism board and have some really unique styles and approaches to content creation.