Mount Garbuna (sometimes named Gabuna) is just 20-km from Kimbe in New Britain. Sitting atop the lush, forested mountain is one of the largest thermal fields in all of Papua New Guinea. The three-hour, 8-kilometer trek through the forest is rich with birdlife and hundreds of different plant species. Once you emerge from the forest, the smell of sulfur fills the air as bubbling thermal pots send plumes billowing into the sky. 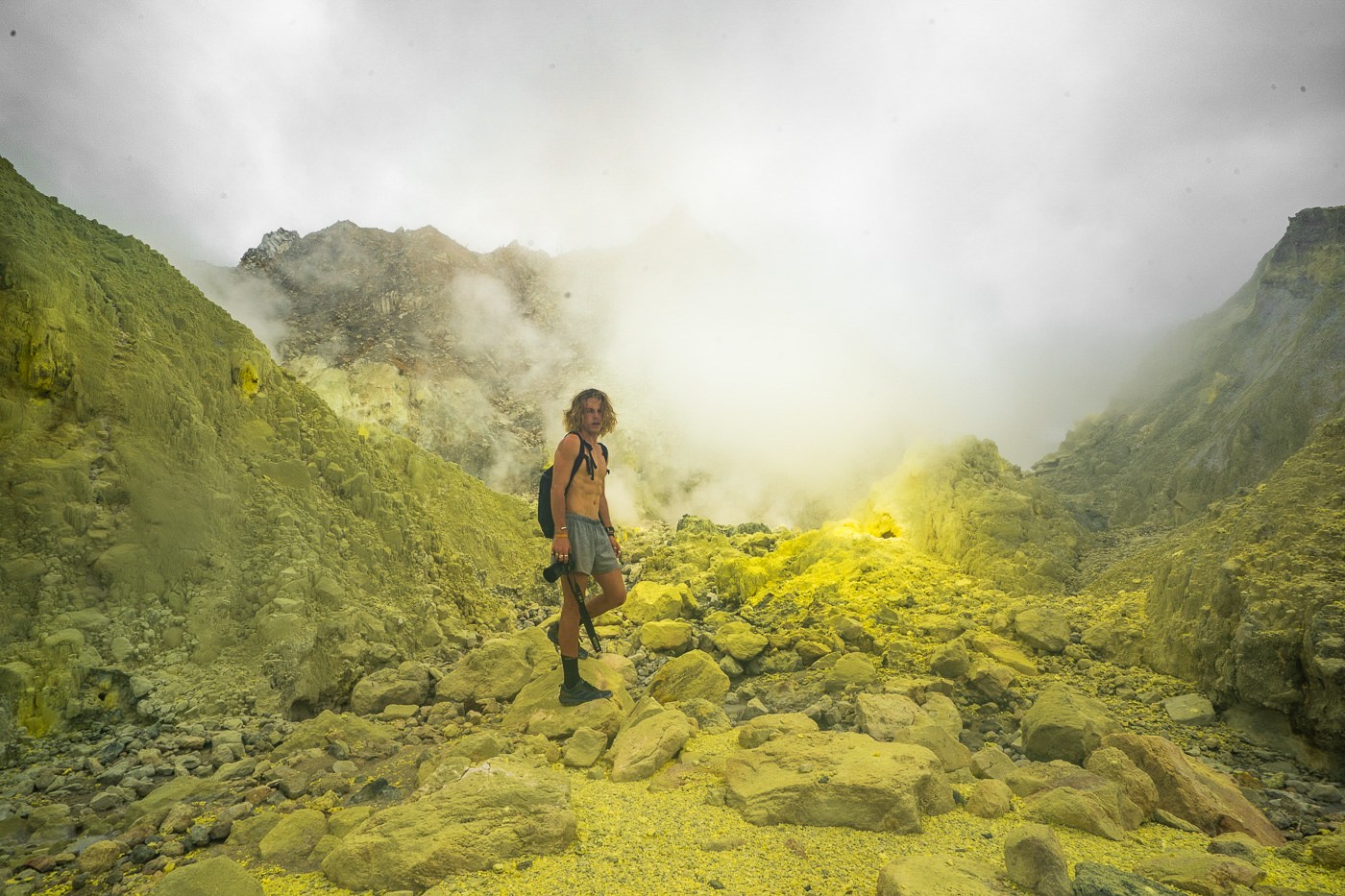 WHERE IS MOUNT GARBUNA VOLCANO

Mount Garbuna Volcano is part of the Garbuna Group of volcanoes, which is made up of three volcanic peaks called Krummel, Welcker, and Garbuna. The volcanic peaks sit atop a shield volcano at the southern end of the Willaumex Peninsula, which is an area to the west of Kimbe Town in West New Britain, Papua New Guinea. 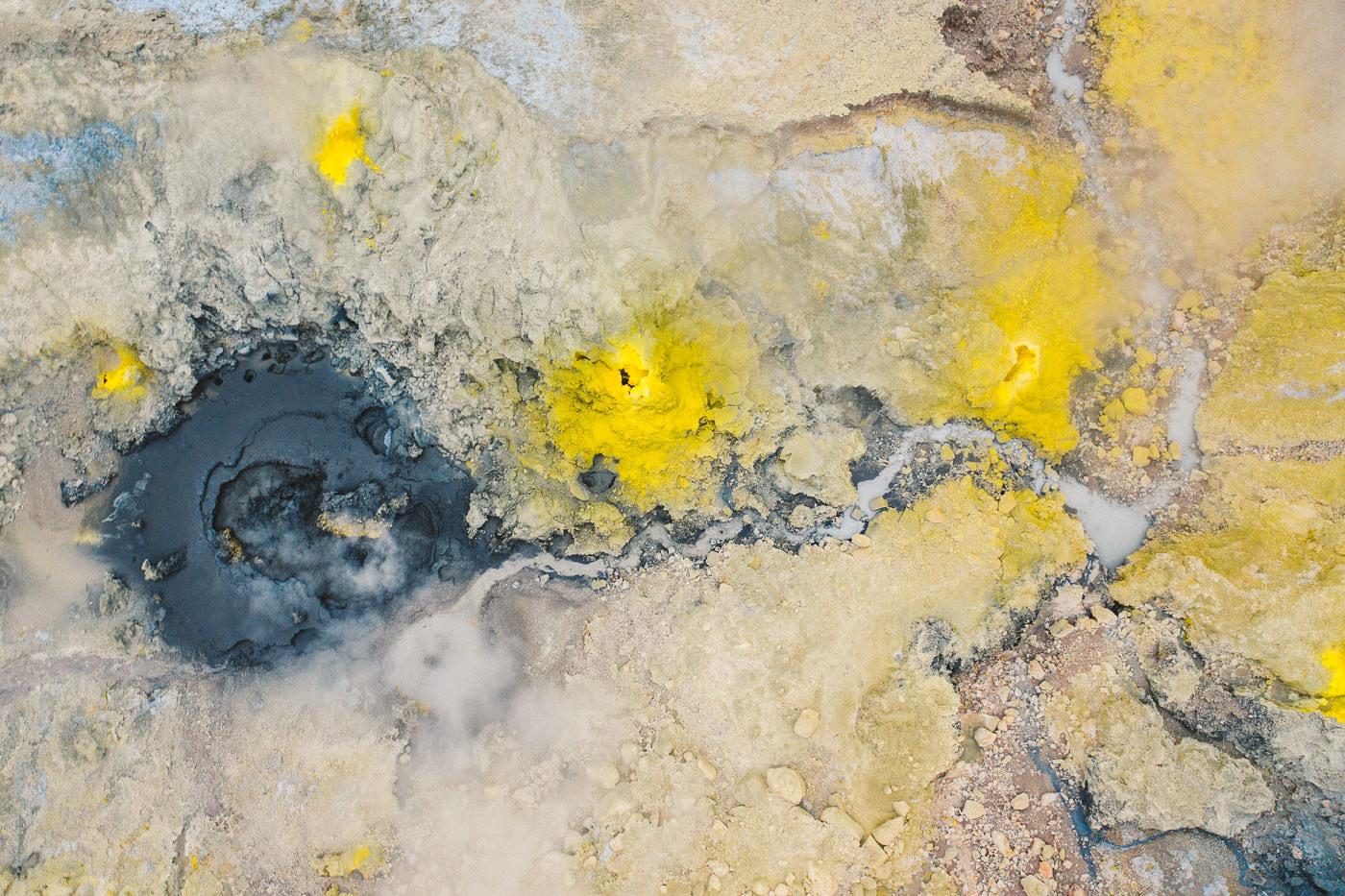 HOW TO GET TO MOUNT GARBUNA VOLCANO

Kimbe is quite a remote region. Most overseas visitors to the region come to stay at Walindi Plantation Resort. The popular scuba-diving resort is the only well-known accommodation in the region and is where I stayed on my visit. It is one of the best places I have stayed on my travels. We had a private bungalow, fantastic meals each night and the diving is right on the doorstep. You just dive, eat, explore, eat, sleep, repeat and everything else is taken care of to a very high, western resort-style standard.

The guide met us at the resort and drove us 20-minutes up the road to a small village where we met our local guides, who joined us for the trek.

To get to Kimbe Bay you will need to fly into Hoskins Airport and then get the Walindi Private Shuttle down to the resort. There is no public transport so if you were trying to visit without a stay at Walindi Plantation, you would need to make all of your own plans regarding transport and where to stay. It isn’t a very easy area for DIY due to the remoteness. 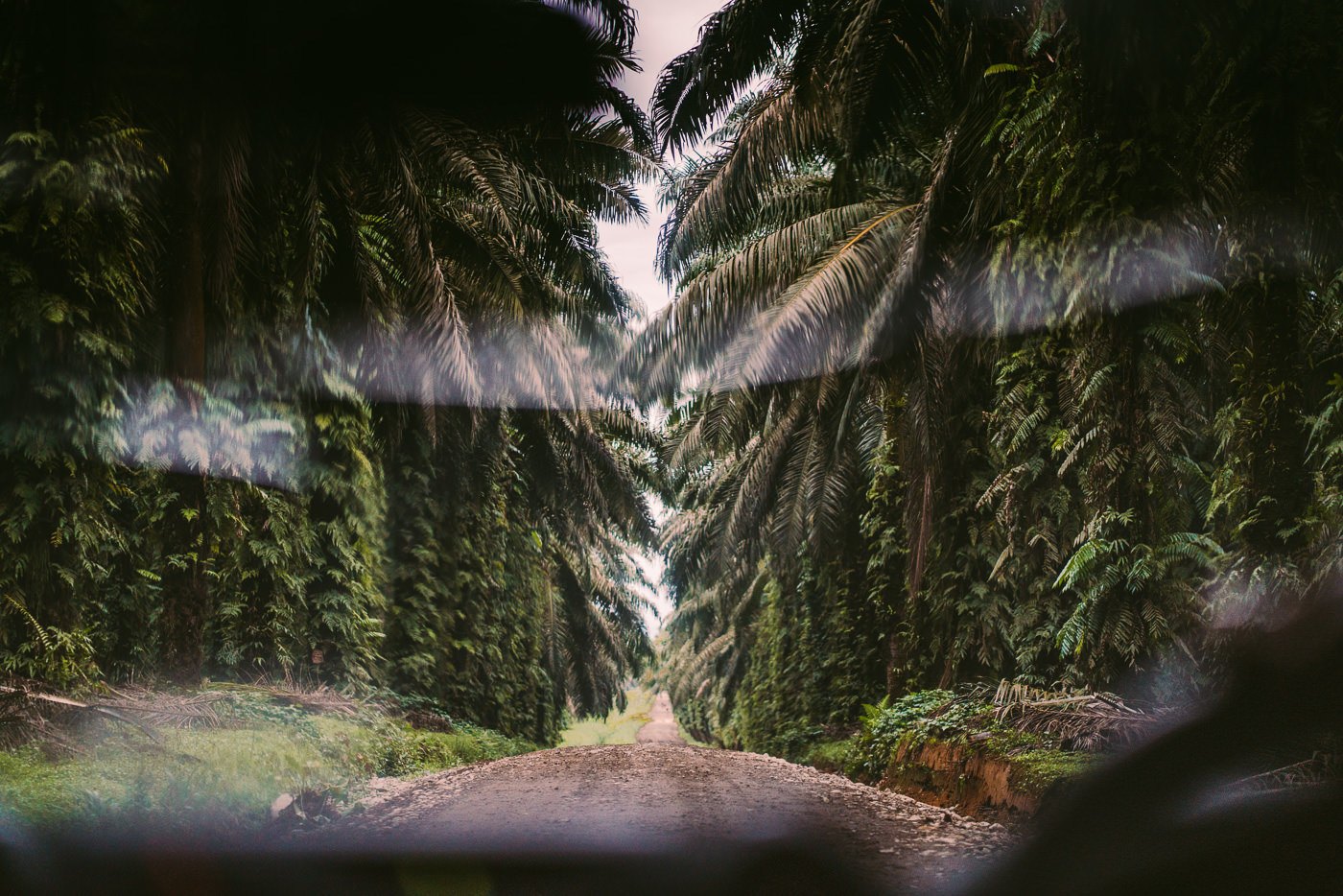 MY EXPERIENCE ON THE MOUNT GARBUNA VOLCANO TREK

Our day began at Walindi Resort where we had an early breakfast before heading off with David, who was our guide for the day. We drove north for about 15-minutes up the rain before taking a left into a palm-oil plantation field. Deep inside the rows of palms was a small community where we met another guide who joined us.

The hike begins from the small village at the foot of the mountain. A group of kids, some running around naked, met us as we emerged from the Landcruiser. They were excited to have a stranger in the village. Many people hike up the volcano or head into the forest to go birdwatching but it isn’t a huge number. There are definitely not daily visitors.

With 2L of water each and a sandwich packed (and of course all our camera gear), we head off into the jungle. The trek is 8-kilometers up and you return the same way so it is a total of 16-kilometers for the entire journey. The incline was about 850m in total (depending on what peaks you climb at the summit).

The first part of the hike leads you through all of the vegetable gardens and fruit trees the local community has grown. It was incredibly humid and we were dripping in sweat after just a few minutes as we followed our machete-wielding guides into the thick grass. 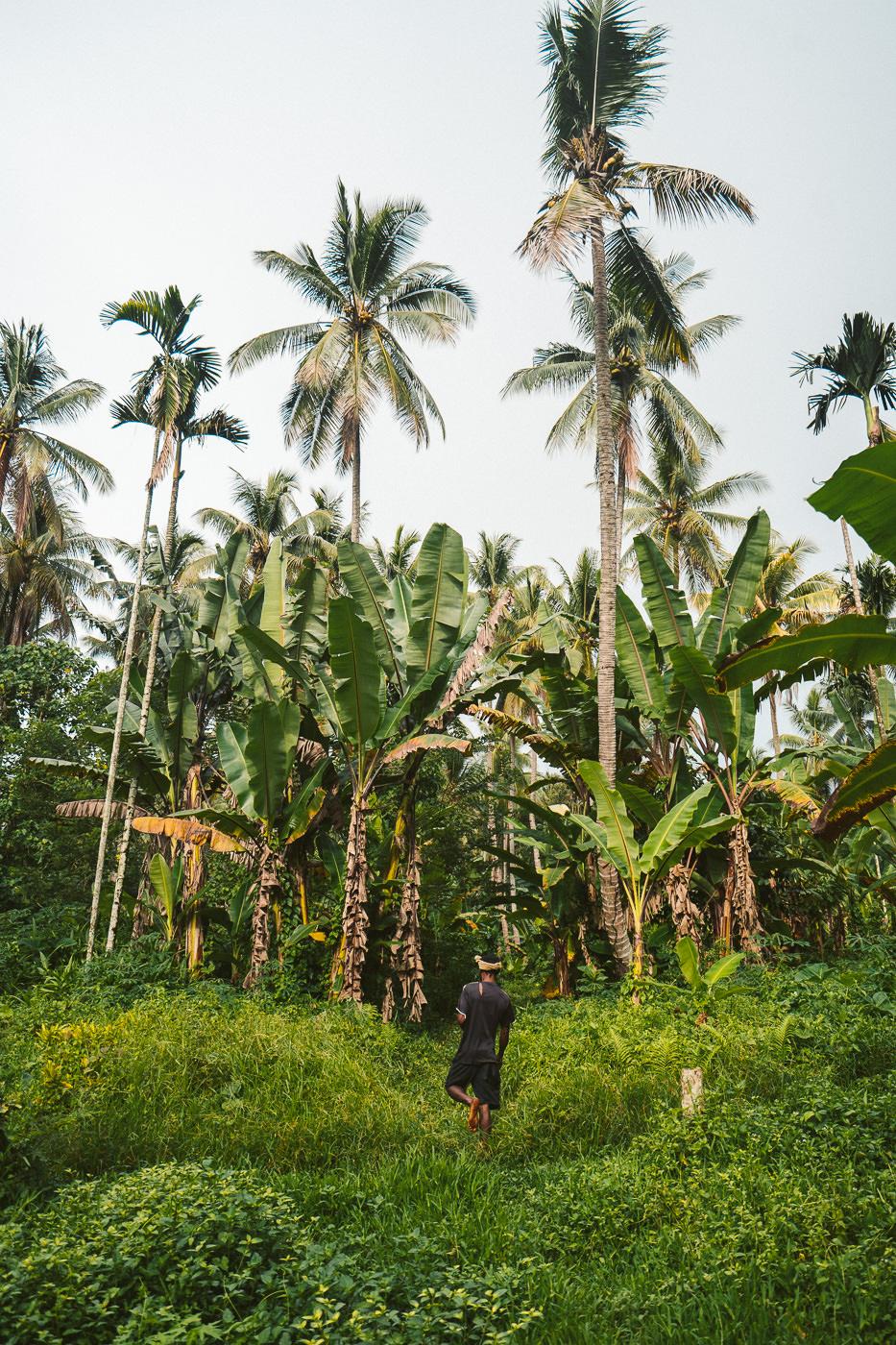 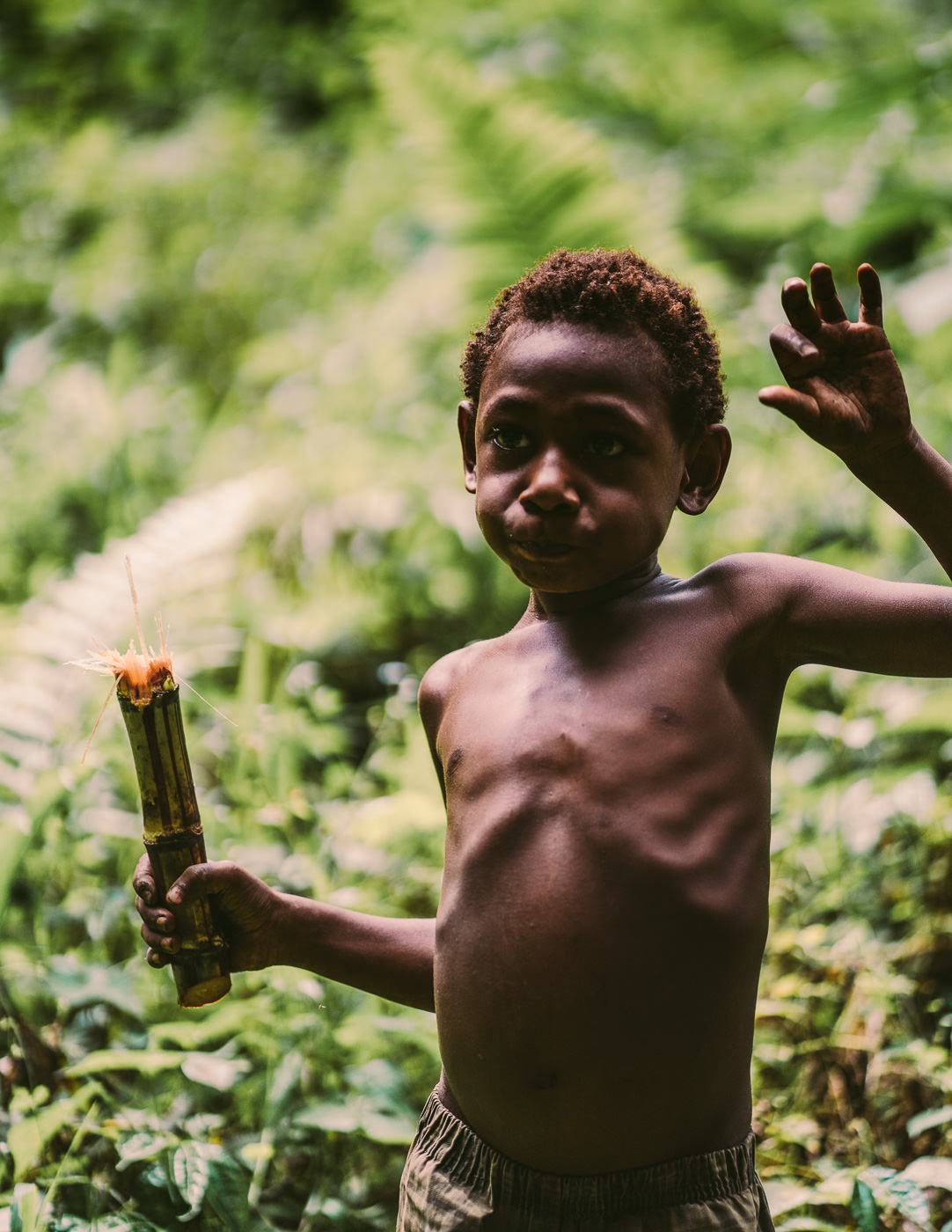 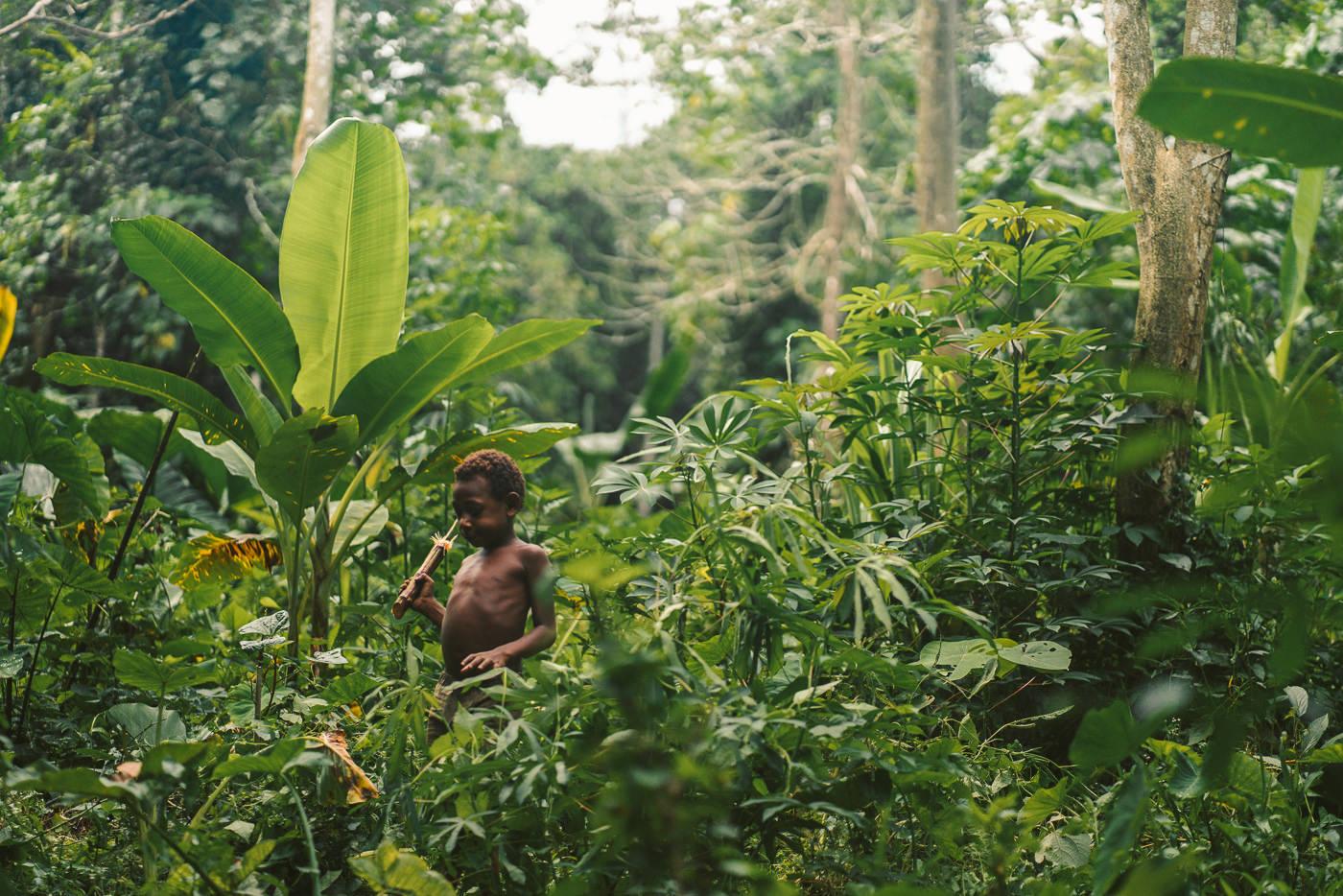 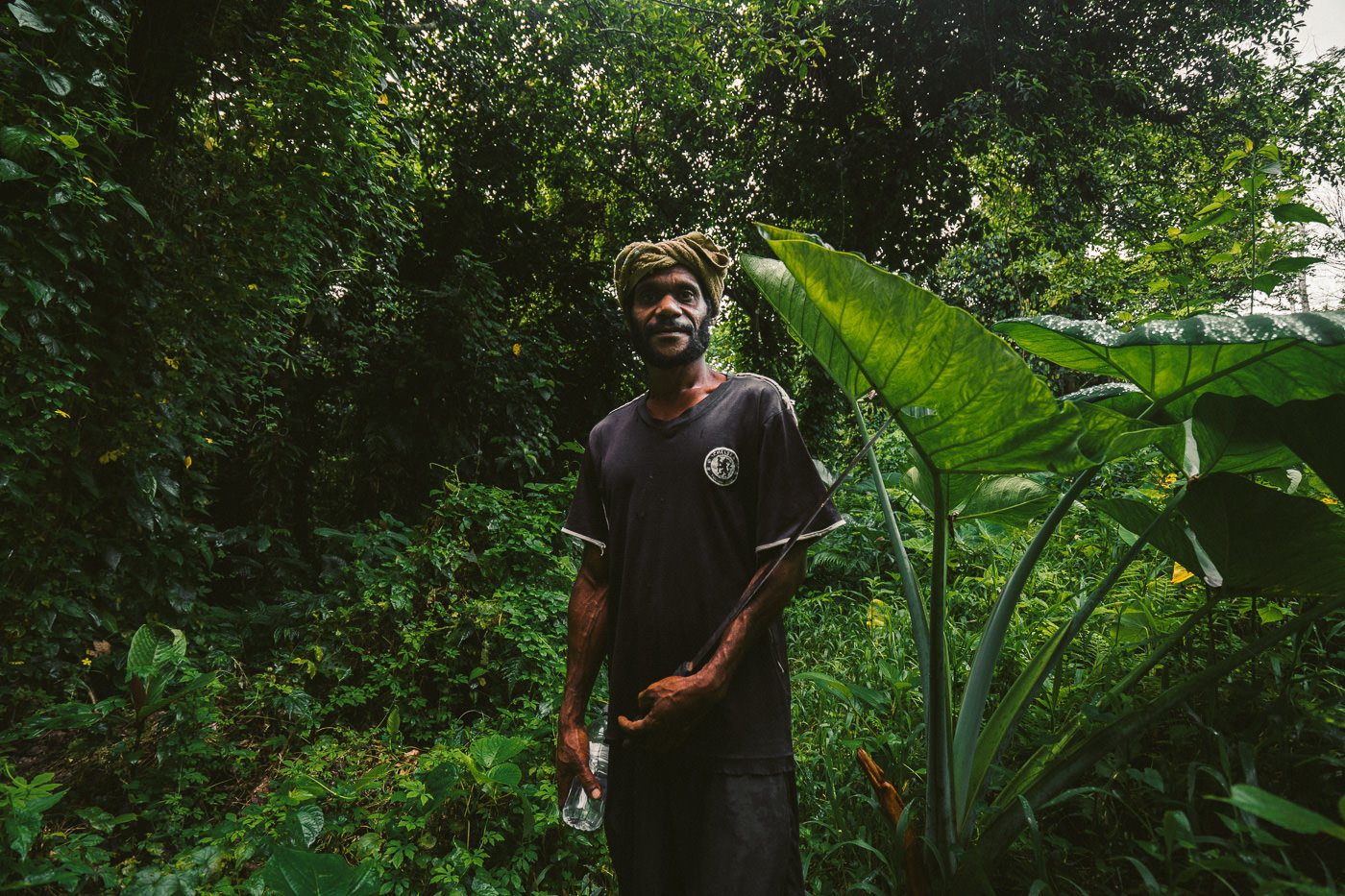 This trail is known to be popular among birdwatchers who search for some rare species such as the Cassowary and other smaller, mysterious birds. We heard birds throughout the entire hike and the huge Hornbills were flying amongst the trees. Their wings were the loudest sound of all. 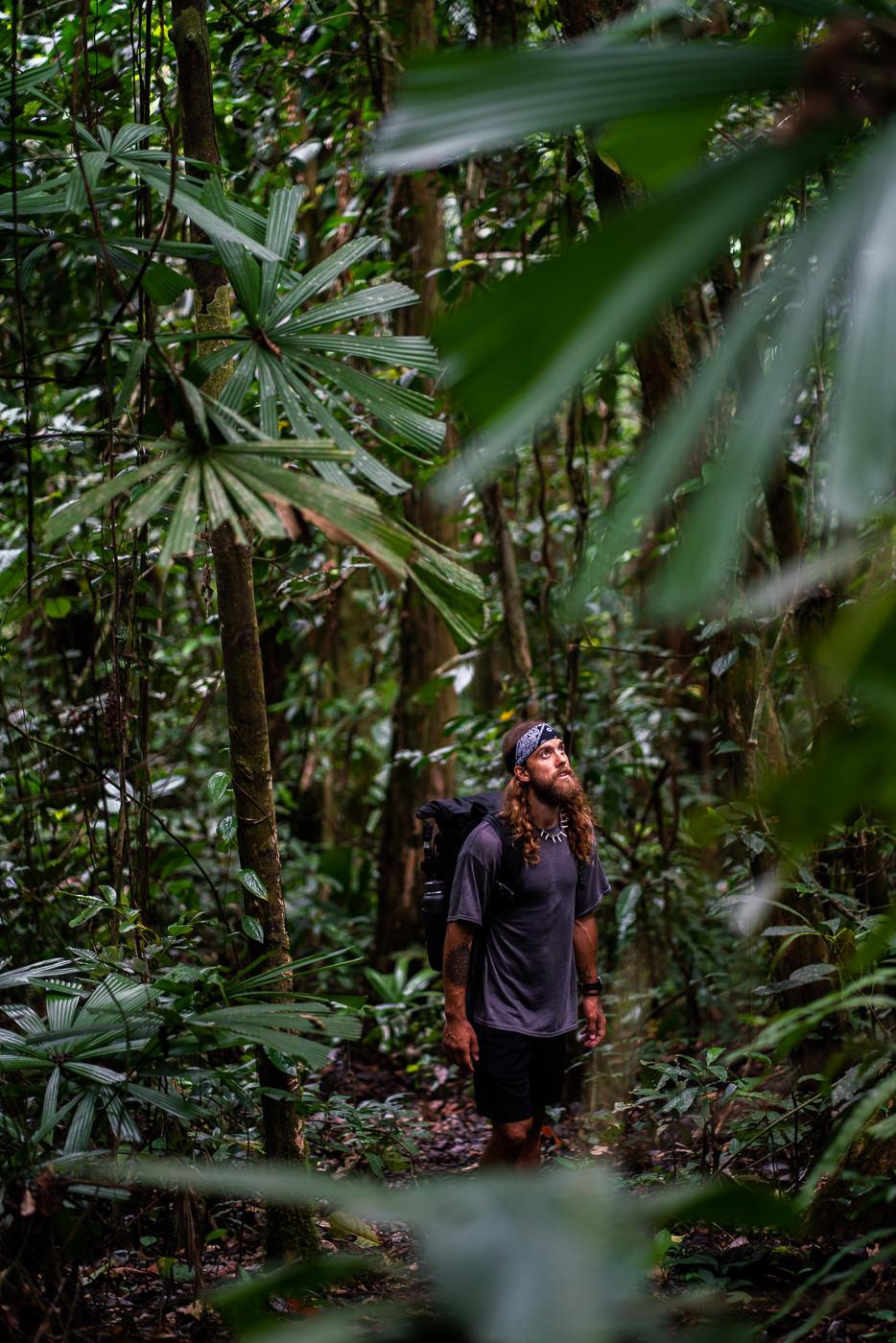 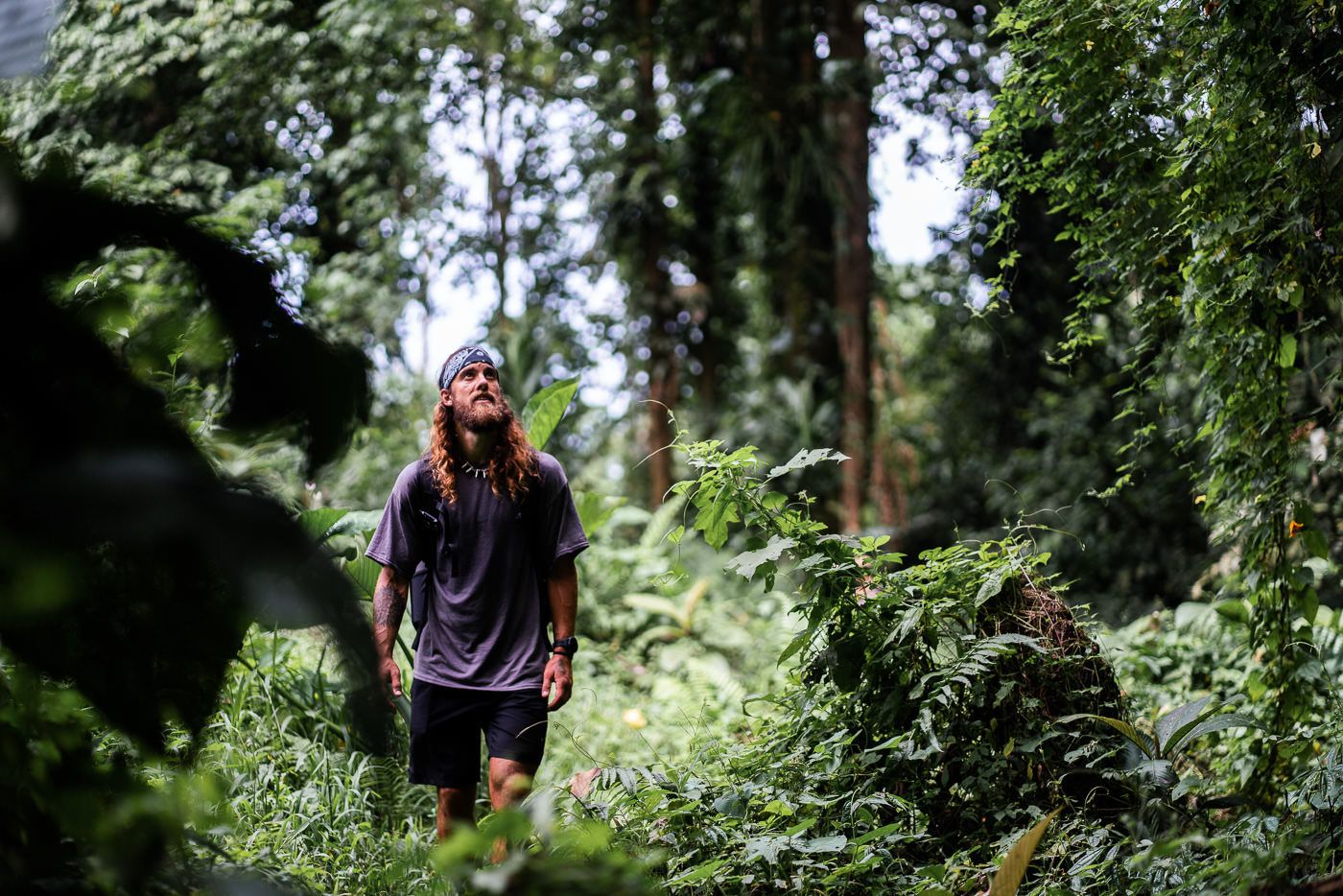 Throughout the trail, you can expect a muddy path laden with roots and uneven ground. However, it wasn’t too challenging given that the incline is quite gradual, with only a few short, steep sections to contend with.

The lush jungle had entirely engulfed us and we now could only see green in every direction. I began to wonder how a sulfur volcano could be in the same location as such a thick forest. 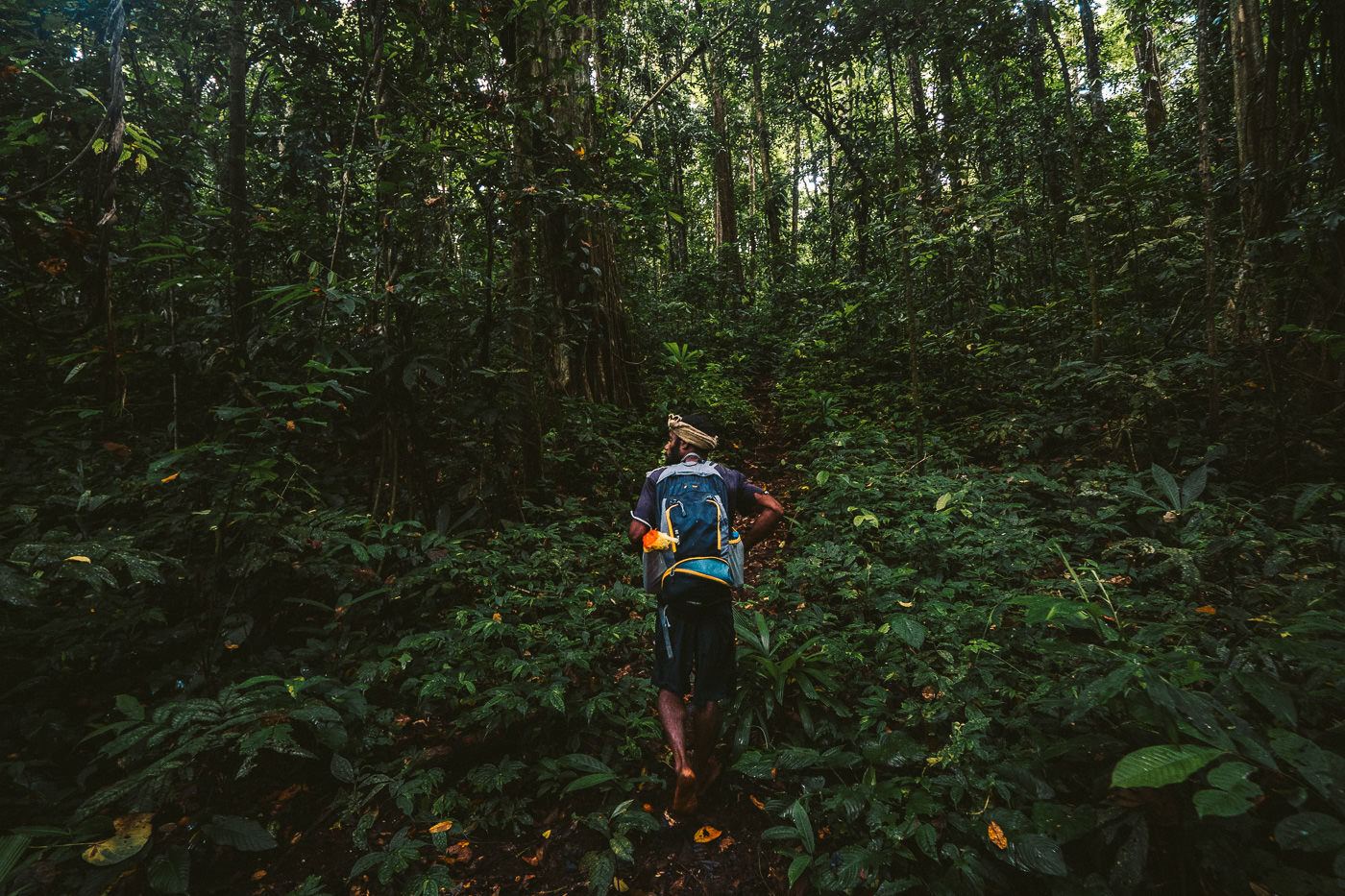 My questions were answered as we broke out of the jungle and came out on a dry riverbed. It was the border between the jungle and the region I like to call the ‘Death Zone’. On the other side of the river was a dry, rocky expanse. Few signs of life were evident with hundreds of charred, dead trees still standing but leafless and lifeless.

We made our way through the river as early signs of sulfur rock could be found beneath our feet. The terrain had changed to sand and rocks and a post-apocalyptic atmosphere had entered the scene. 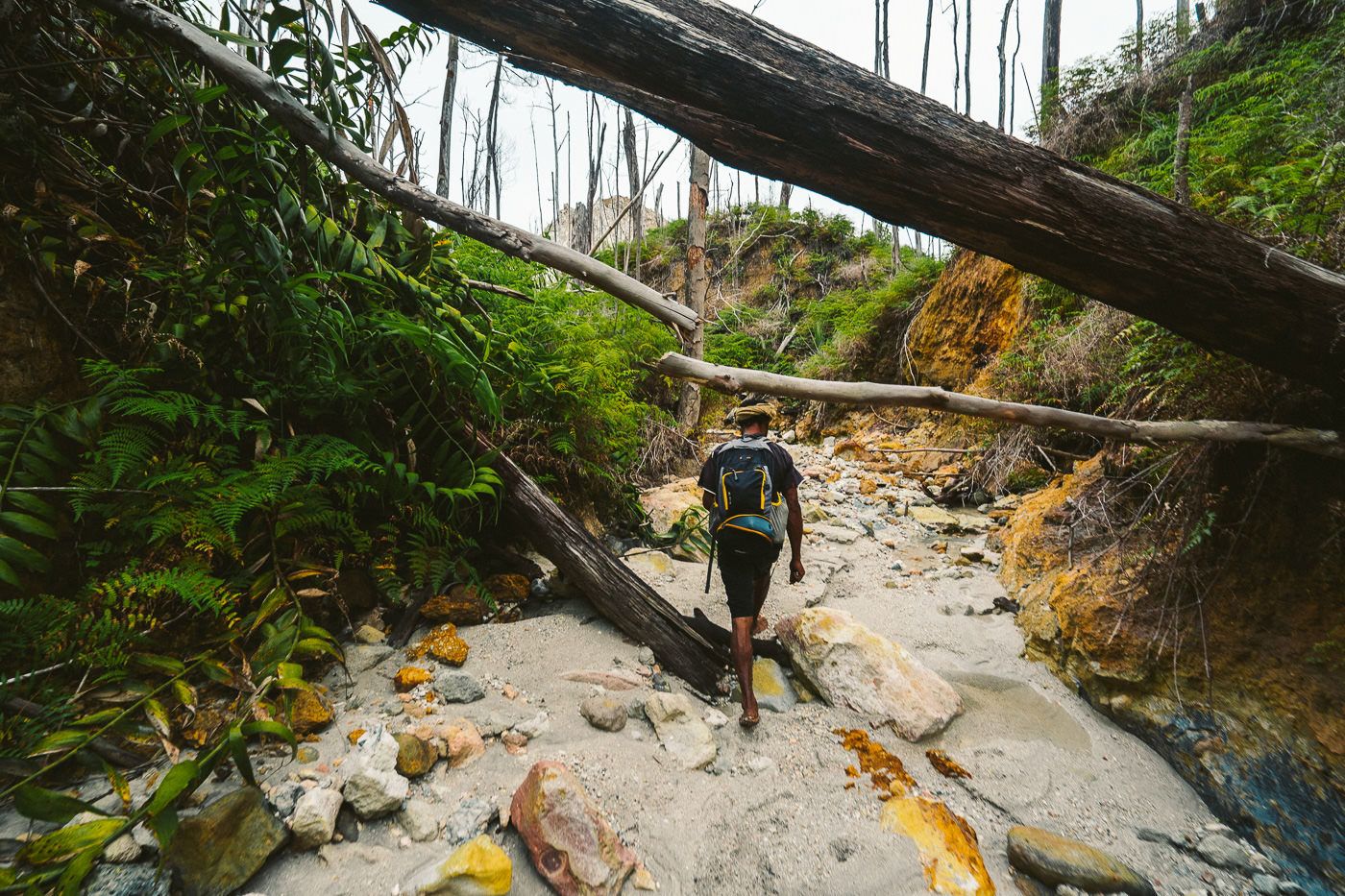 At the end of the river, our guides told us they would wait there but we were welcome to explore. We could see the plumes of white smoke billowing into the sky over the nearby ridges. We could already smell the sulfur and were a bit nervous but off we set to explore. That’s what we do.

Inhaling sulfur is incredibly bad for you so it’s important to stay for enough away from the smoke or wear a mask. In fact, many people won’t want to explore up there at all as the sulfur is quite strong. However, if you are up for an adventure and make it quick, it’s pretty incredible. 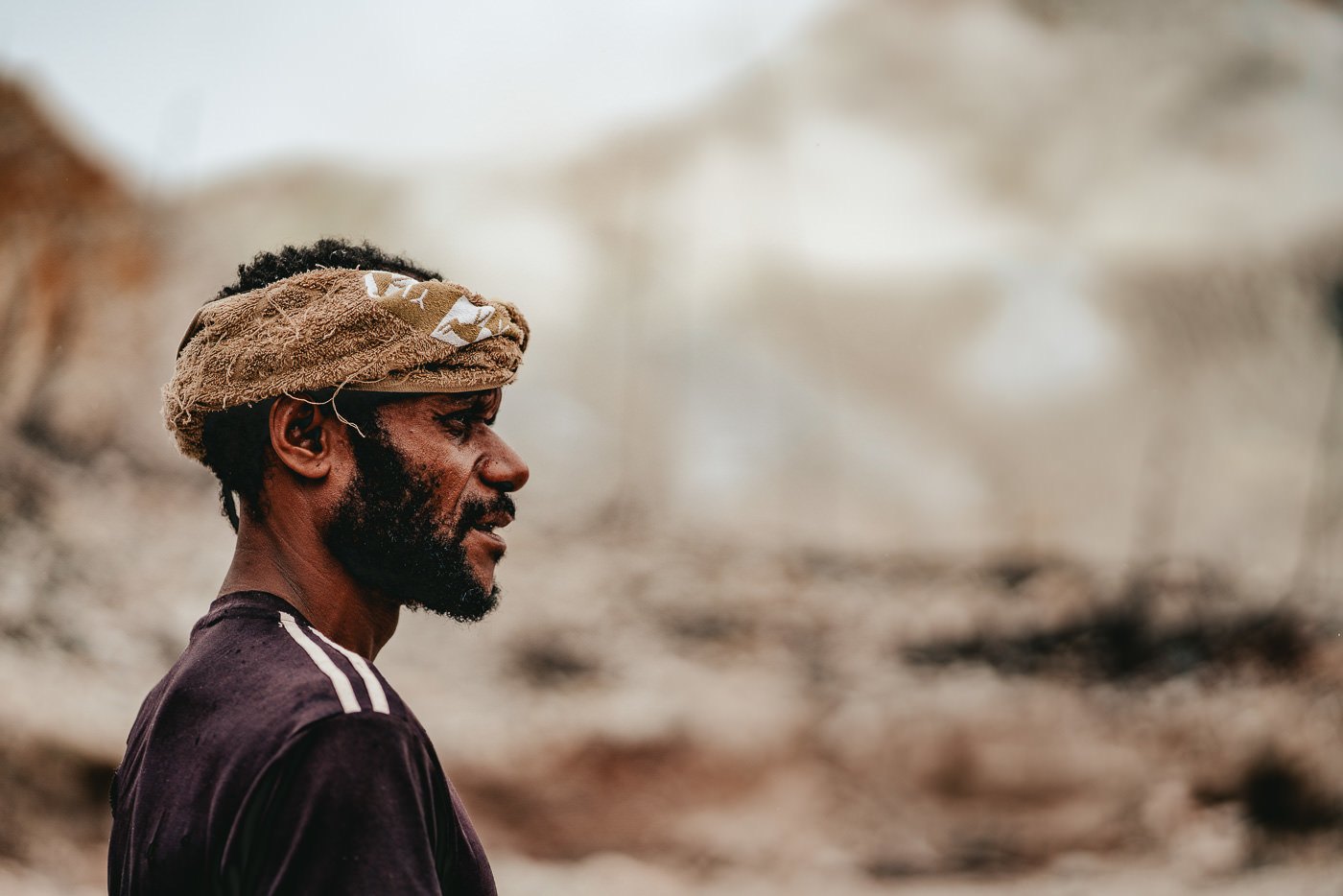 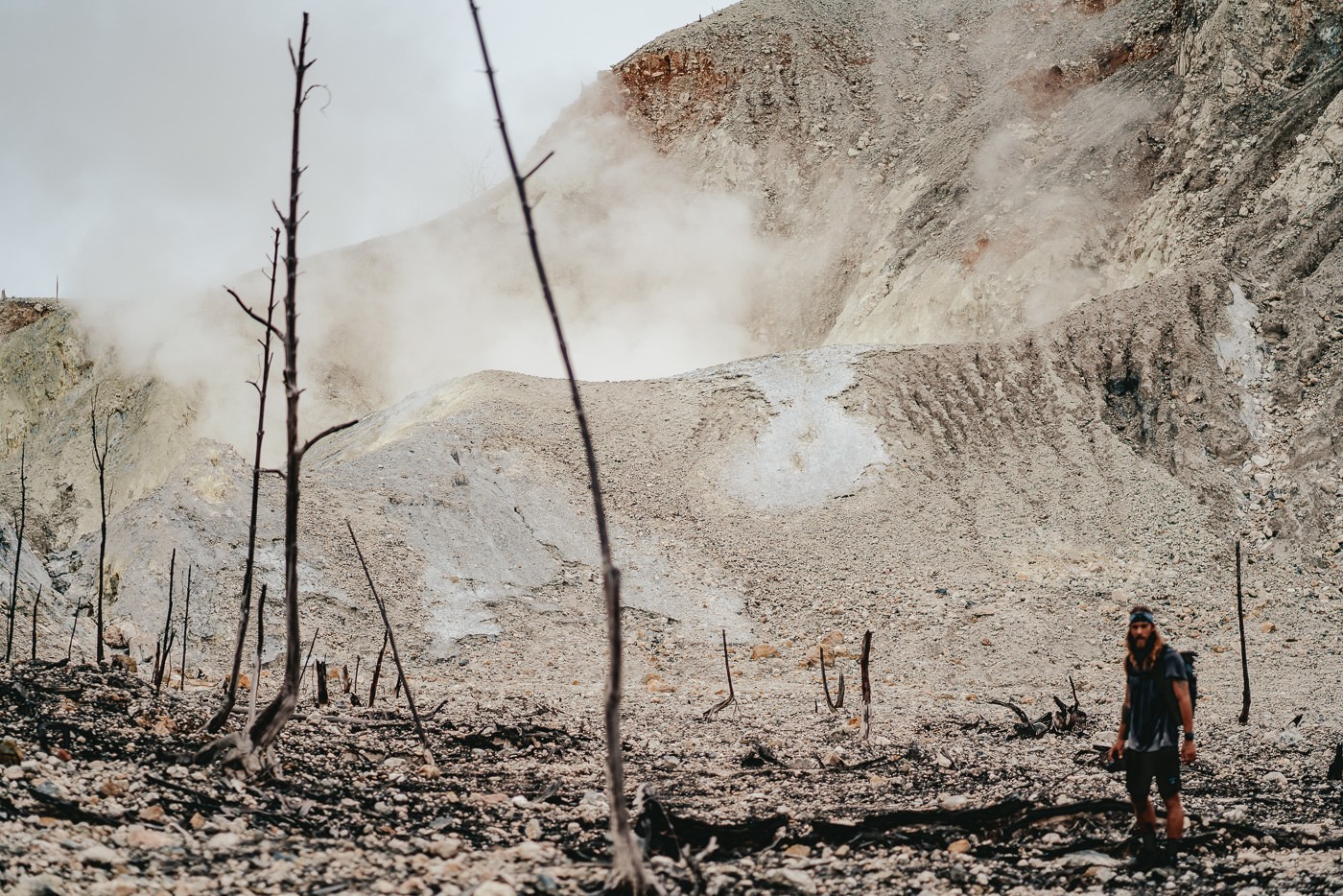 We scampered across the muddy plains, weaving in between the countless dead trees. We climbed our way up the ridge and made it to the base of the sulfur pit where we found a thermal field with bright yellow sulfur creating small chimneys where the plumes of smoke flowed out.

Josh headed up even higher, climbing the ridges on the side of the volcano to discover mud pools, more thermal pits and to enjoy a view of the entire thermal field with the rainforest and even the ocean as the backdrop. The entire scene is just very wild and with no other tourists or even locals around, it felt like we were on another planet. 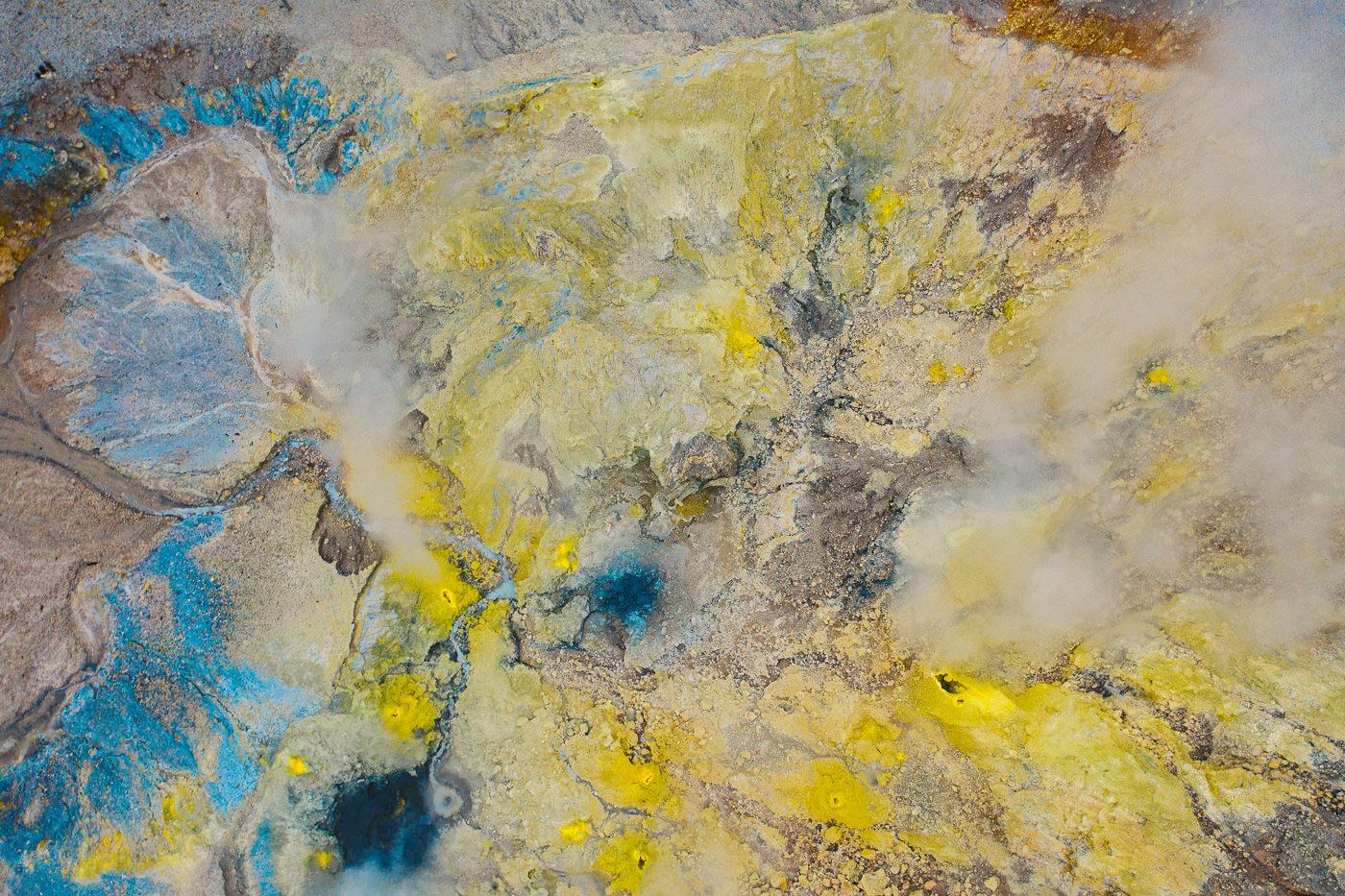 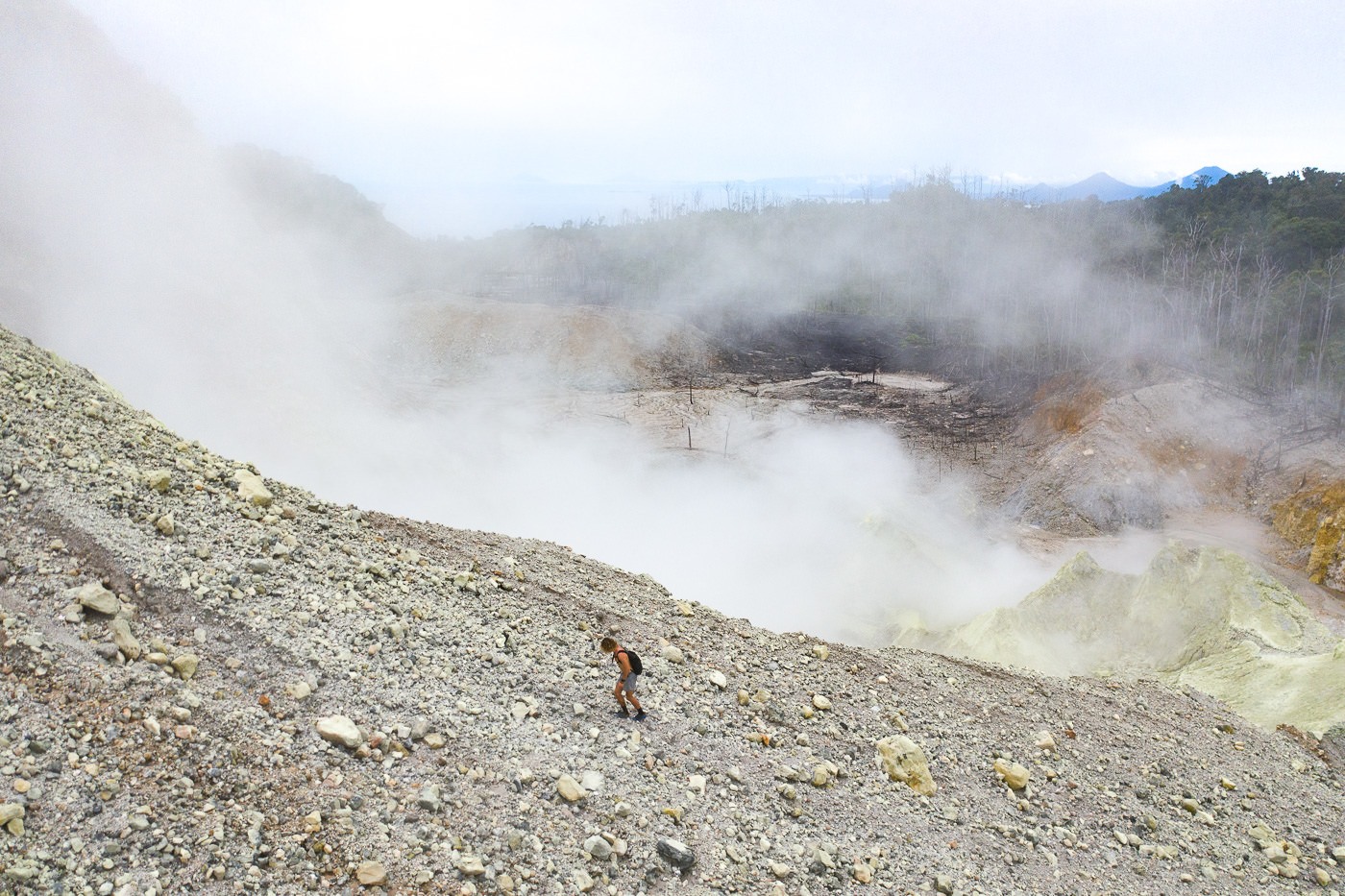 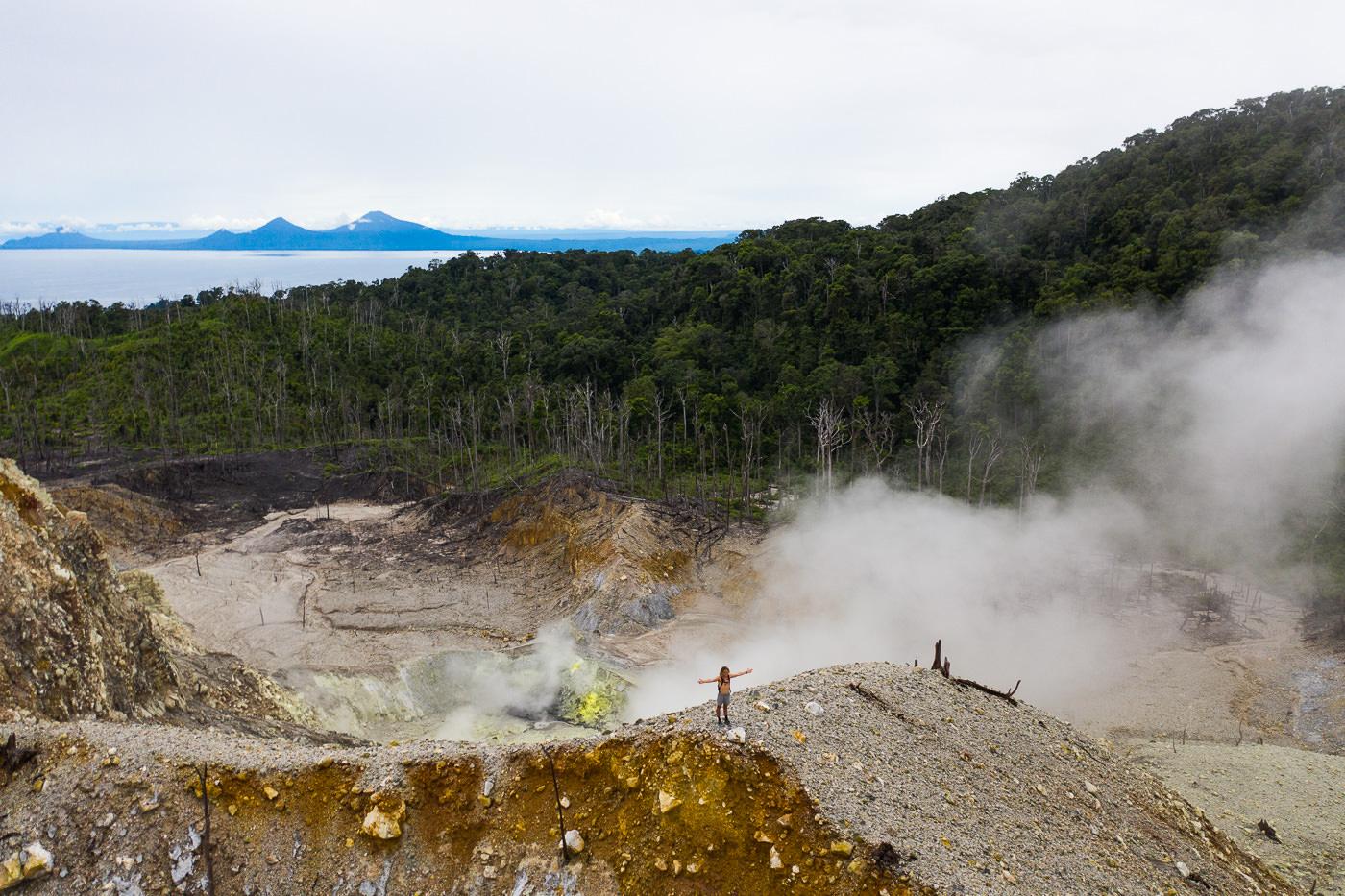 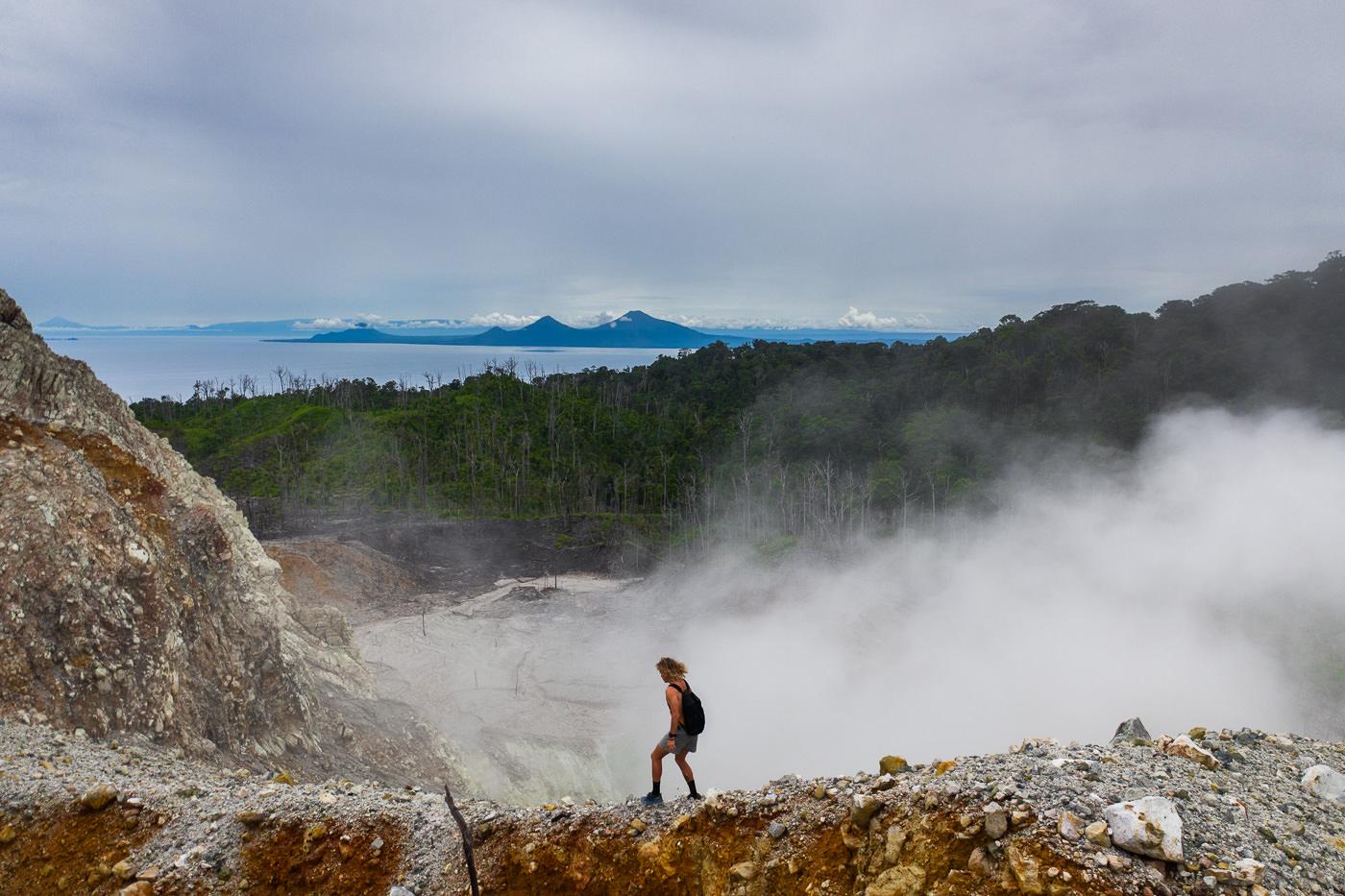 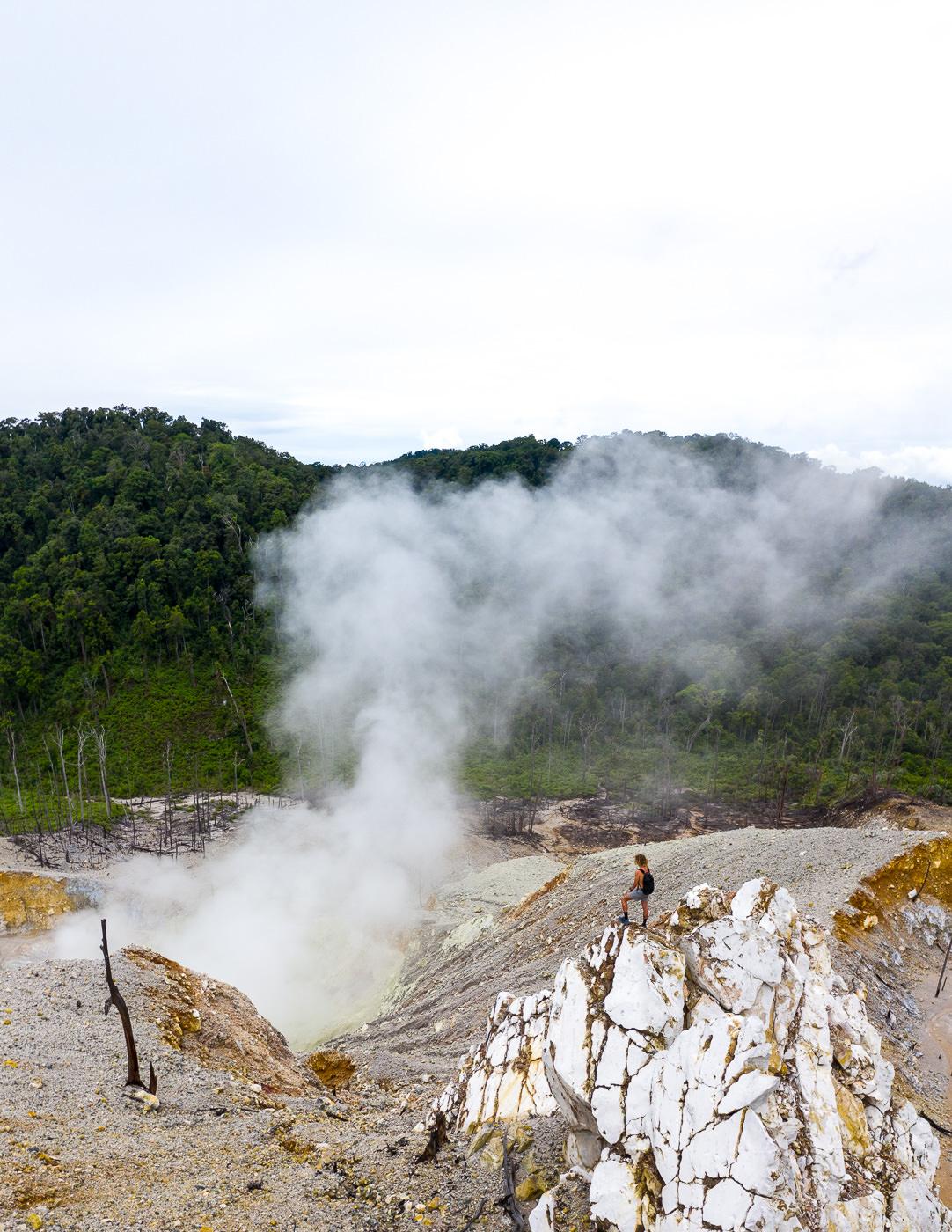 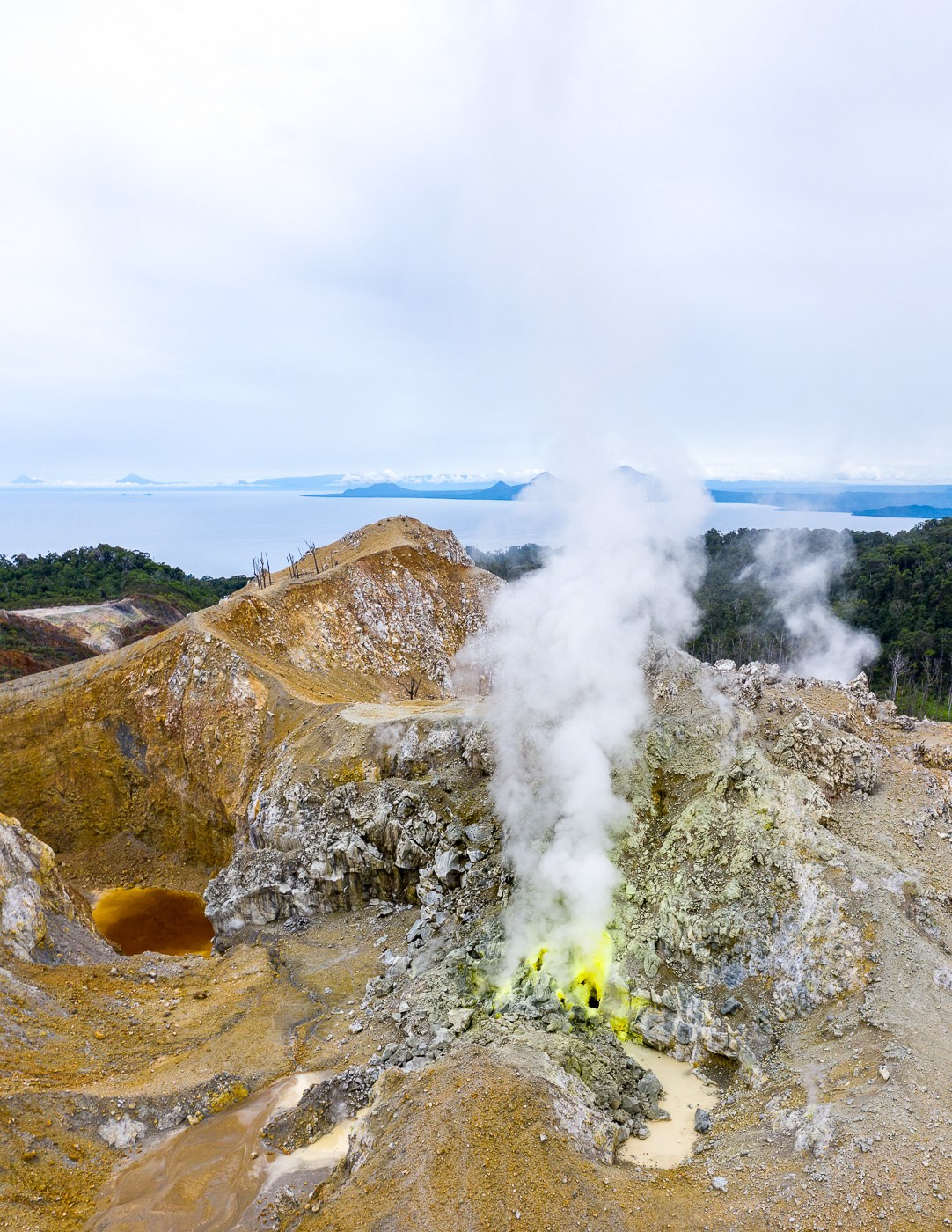 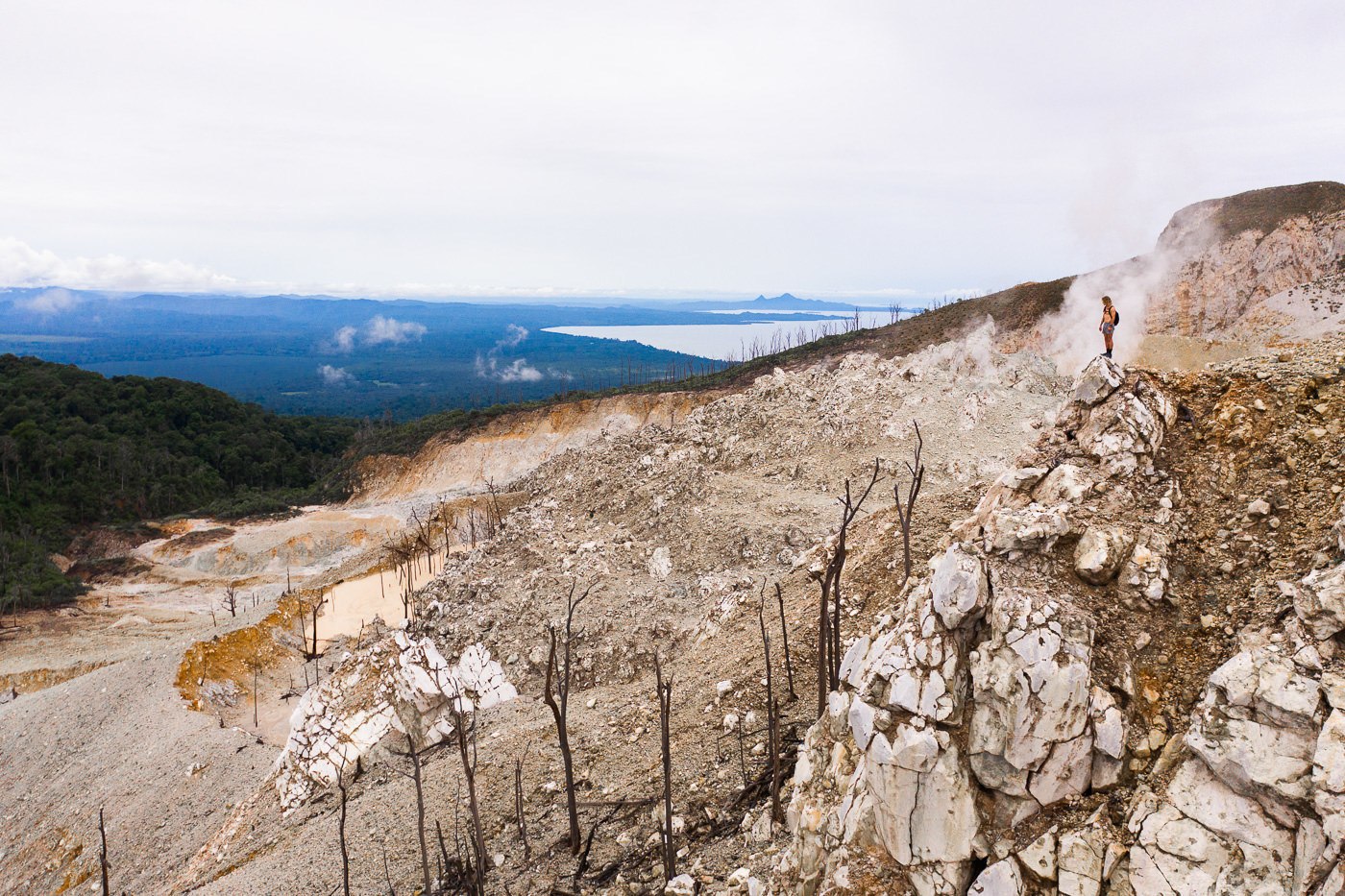 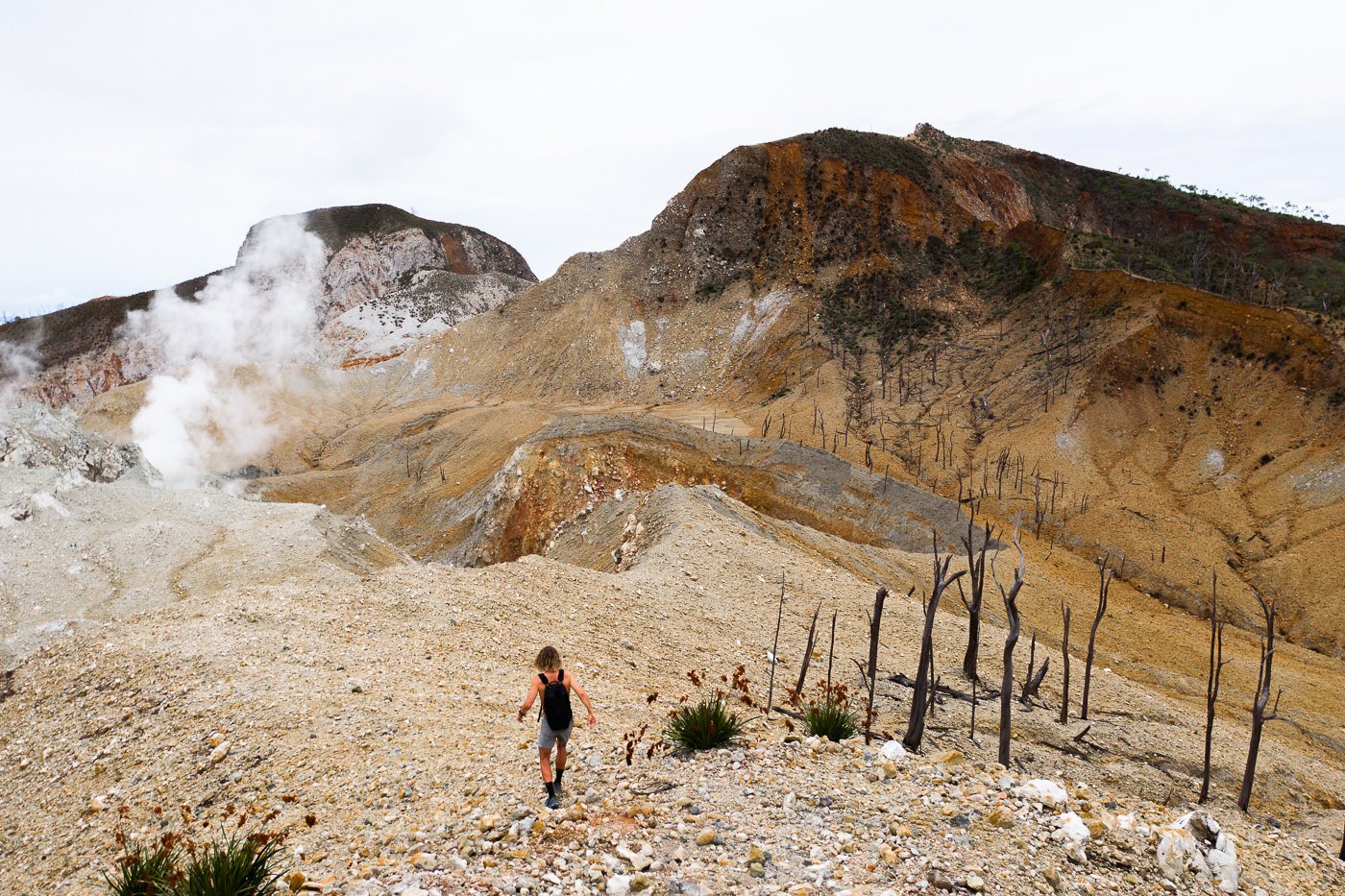 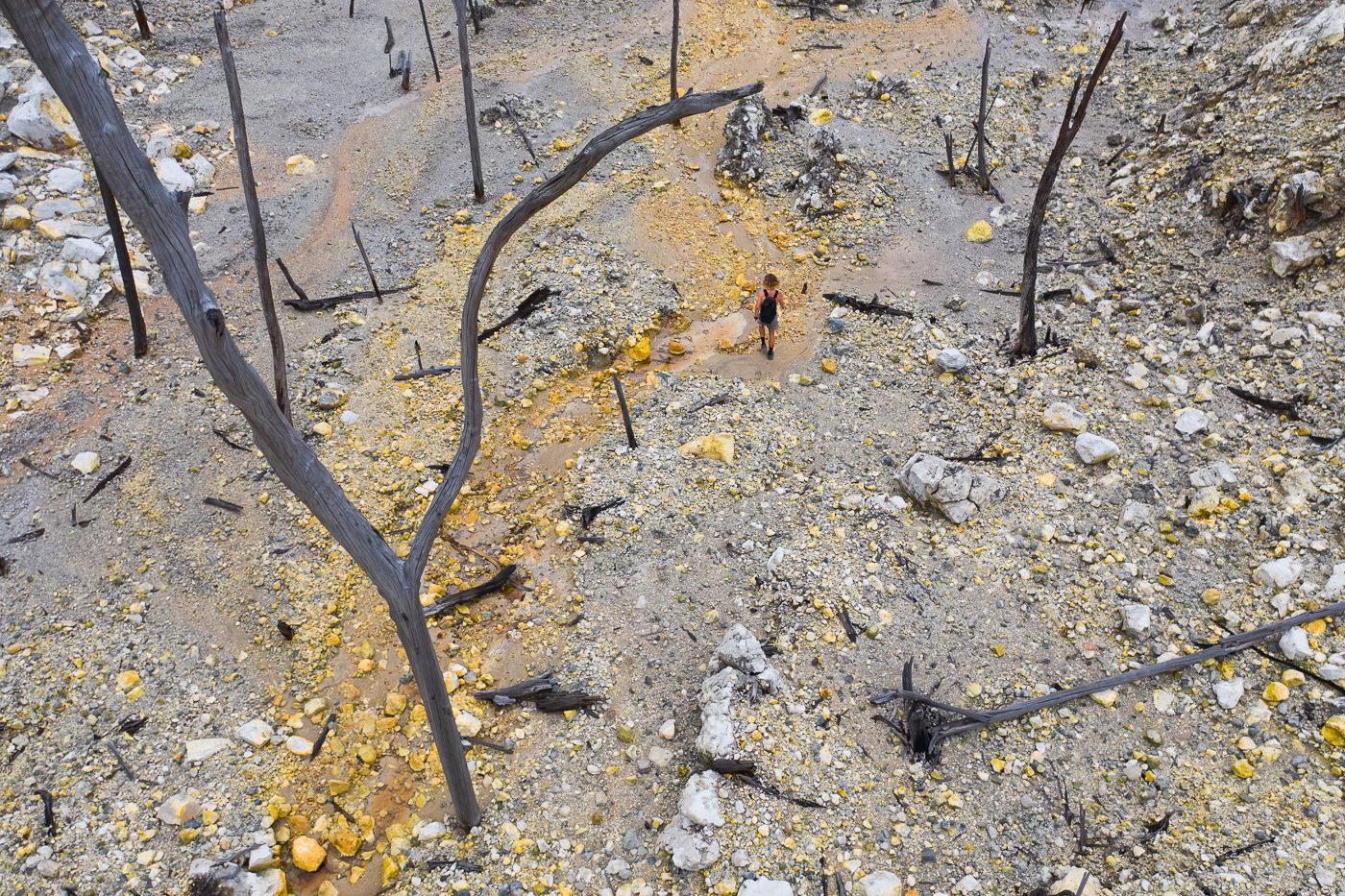 After about an hour of exploring the thermal field, we had inhaled more than enough sulfur and seen the sights so we had a sandwich with the guides and then made the trek down. On the way up it had taken us 3 hours but on the way down we set a quicker pace and made it back in just over 1.5 hours.

It’s hot and sweaty so I definitely recommend to bring a minimum of 2-liters of water. Bring some snacks for energy as well as lunch. We underestimated the length of the ferocity of the hike a little. We thought it was a stroll up to the volcano but it ended up being a 16km return trip with almost 1000m of vertical climbing. It wasn’t anything crazy but it will knock some people about if they aren’t prepared for a pretty solid journey.

It was thought that the Garbuna Volcano was most likely dormant or even extinct. The last eruption was believed to have happened in 1300 AD (700 years ago). This was evidenced by lav

However, in October of 2005, the Garbuna volcano erupted with ash plumes reported up to 4,000m above the summit. The eruptions ended in 2006 with just white vapor being produced by the volcano. In 2008, the Garbuna Volcano erupted again in March but no evacuations were required. 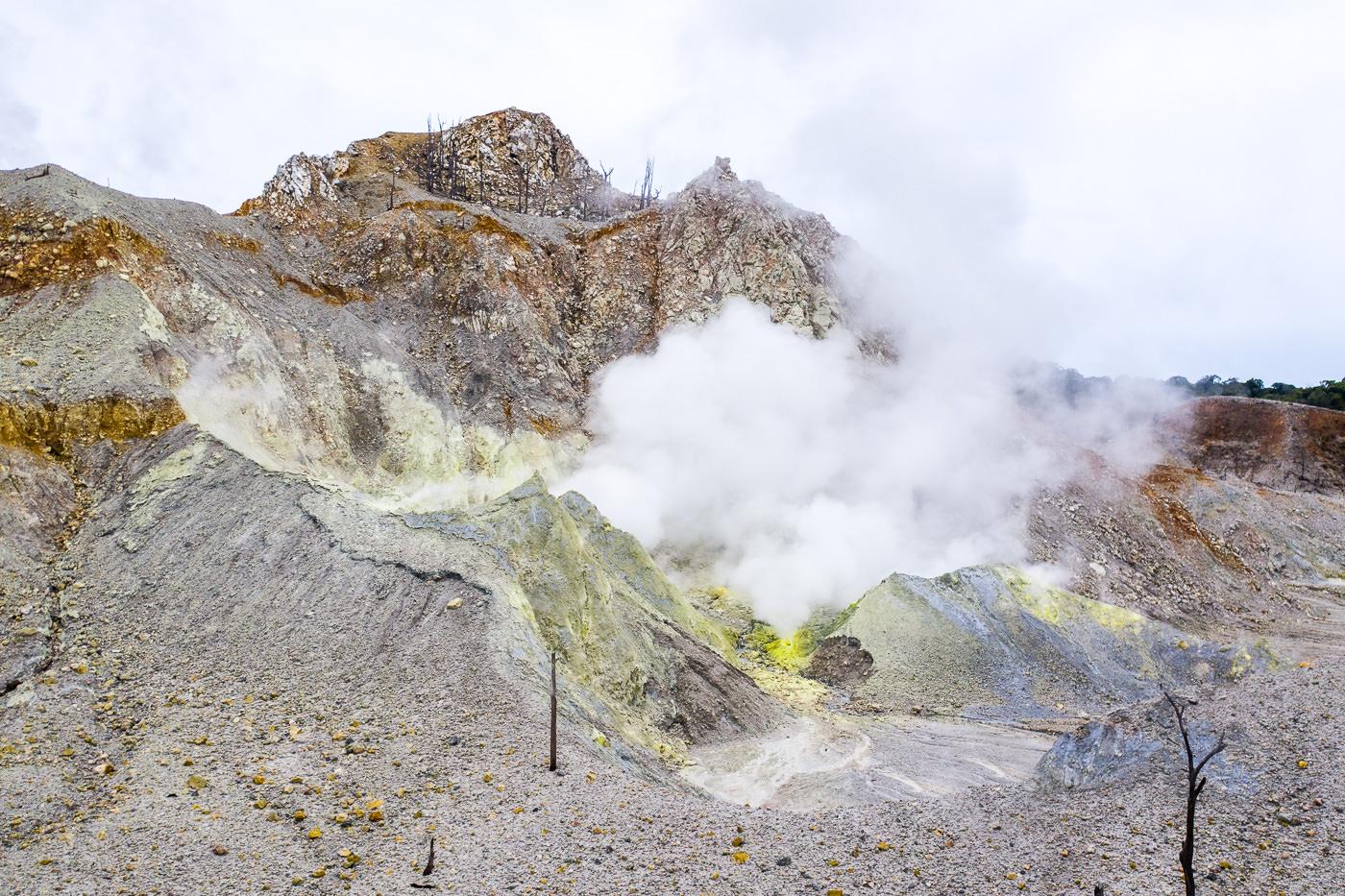 WHERE TO STAY IN NEW BRITAIN

Kimbe is quite a remote region. Most overseas visitors to the region come to stay at Walindi Plantation Resort. The popular scuba-diving resort is the only well-known accommodation in the region and is where I stayed on my visit. It is one of the best places I have stayed on my travels. We had a private bungalow, fantastic meals each night and the diving is right on the doorstep. You just dive, eat, explore, eat, sleep, repeat and everything else is taken care of to a very high, western resort-style standard. It’s definitely not a cheap option but you do get what you pay for at Walindi Plantation Resort, so if you have the coin, you will not be disappointed. 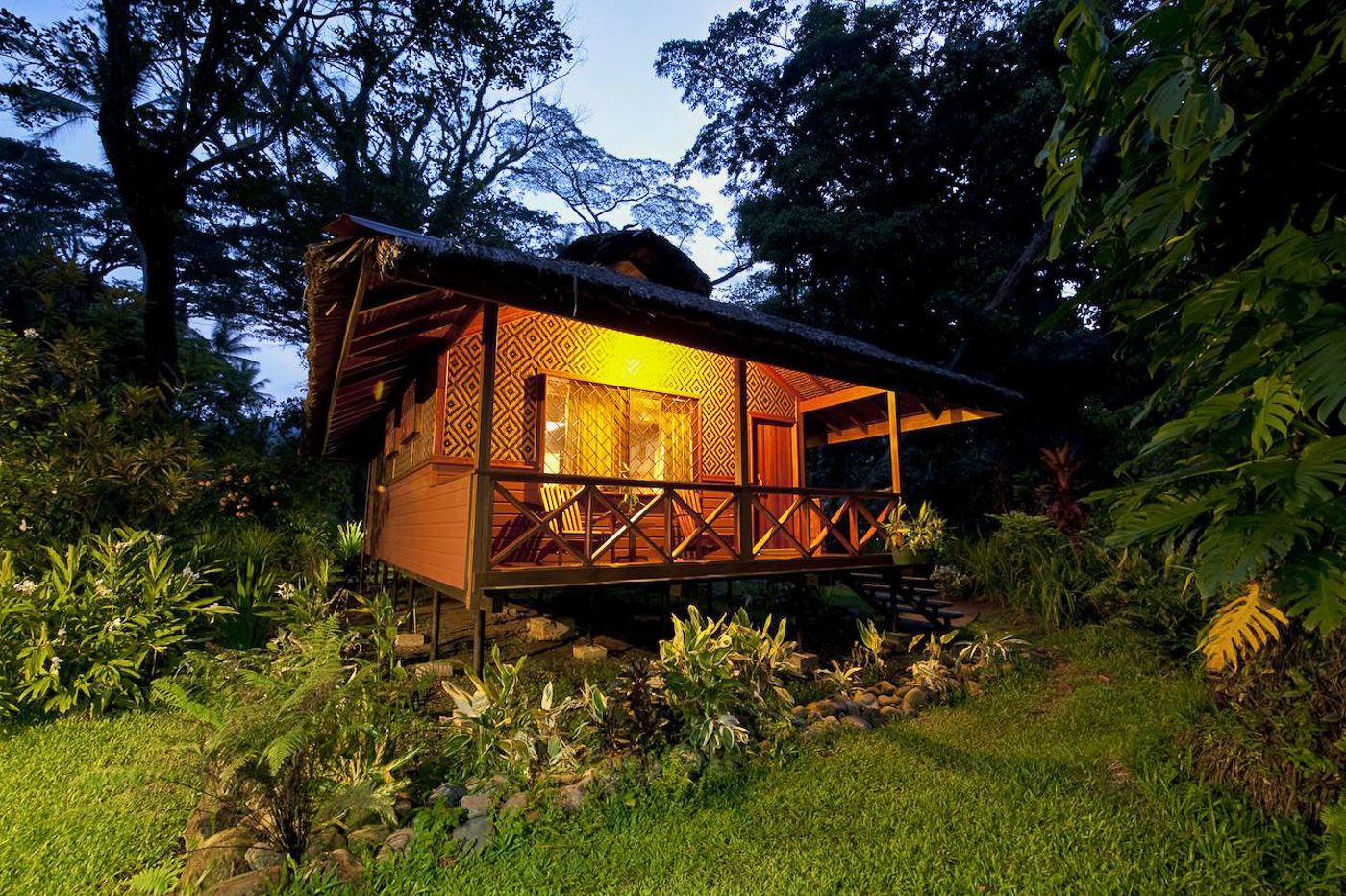