My first week of solo travel was full of adventures, couch surfing and exploring on my moped in Koh Samui, Thailand.

It’s been 2 months on the road!

Firstly, I just want to give huge thanks to everyone who has reached out this week and had a chat, I appreciate all of you and love hearing what each and every one of you is up to and how you are. Keep it coming!

This was my first week of solo travel and it has been full of adventure and exploration. Jessie is on Koh Samui too and enjoying her 200hr yoga teacher training in Lamai.

Couch surfing is something I had always thought about but I decided to try it for the first time while on Koh Samui. It’s an app that connects people looking for a couch/spare room/spare bed with someone who is generously offering just that. No strings attached, just generous hosts sharing their part of the world with budget travelers. It is definitely out of my comfort zone but each day travel takes me so far out of my comfort zone I hardly know what that is any more. 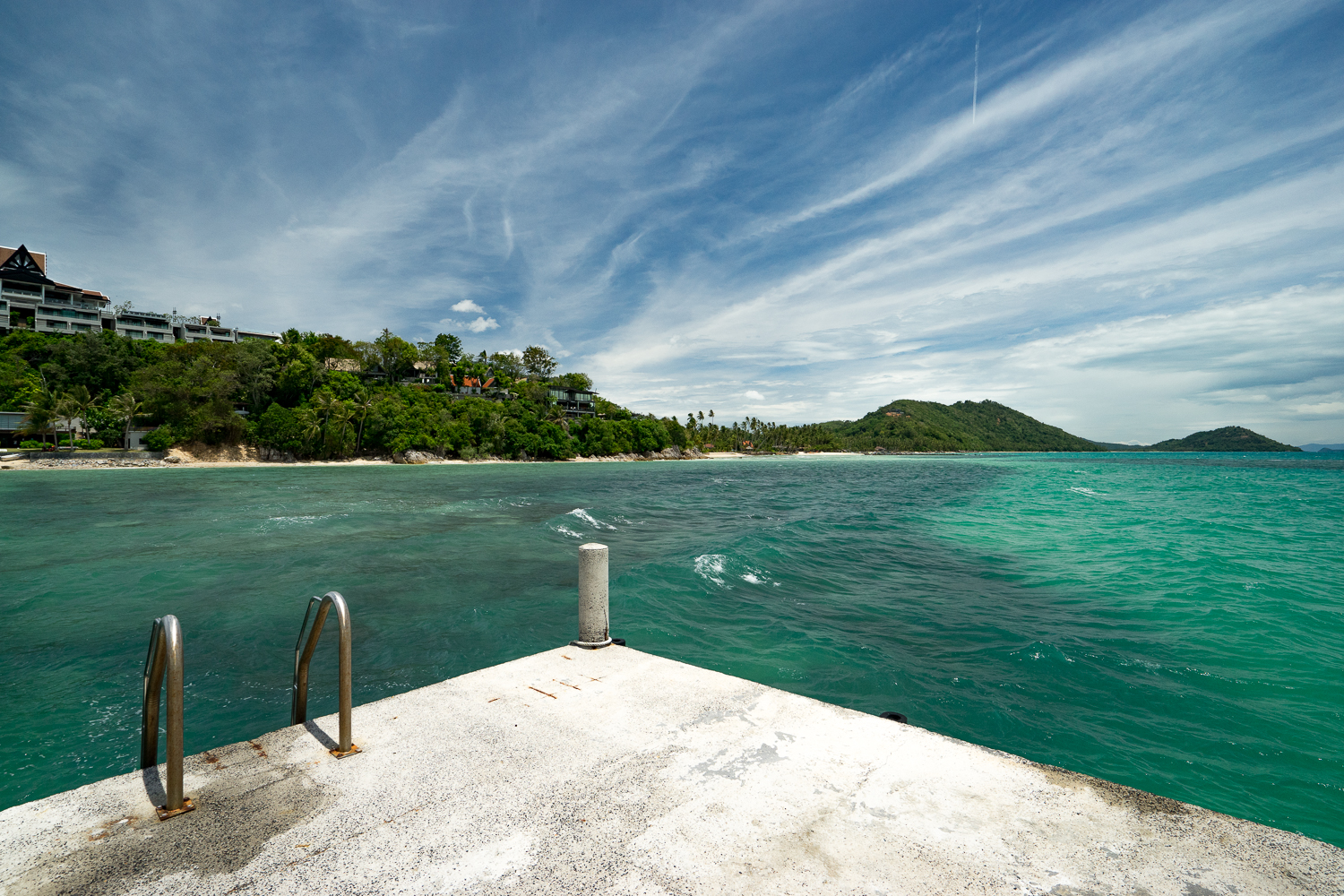 I ended up connecting with a host in Taling Ngam on the southern end of Koh Samui. This is the lesser populated side of the island and is in the middle of the jungle, still attached to civilization but very relaxing and peaceful. My host works at a 5 star resort around the corner but managed to get a few days off to adventure with me.

Renting a moped cost me $3.50 USD a day, which gave me the freedom to explore the entire island, which takes less than an hour to ride from south to north. There is hardly any traffic here and riding is very easy compared to the crazy traffic conditions I had become accustomed to in Vietnam and Indonesia.

One of the highlights for me was quite a strange adventure on the western coast of Koh Samui. We visited a beach looking for a cave on the coast and managed to scramble along the cliffs to find a small opening. Inside we met a Monk who was partaking in a 17 day retreat. He was spending his days meditating, praying and tending to the buddhist shrine and cave he was living in. We spoke to him for a while about his life and why he was living by himself in an isolated cave on the beach. I will have a full blog post up about it later in the week. 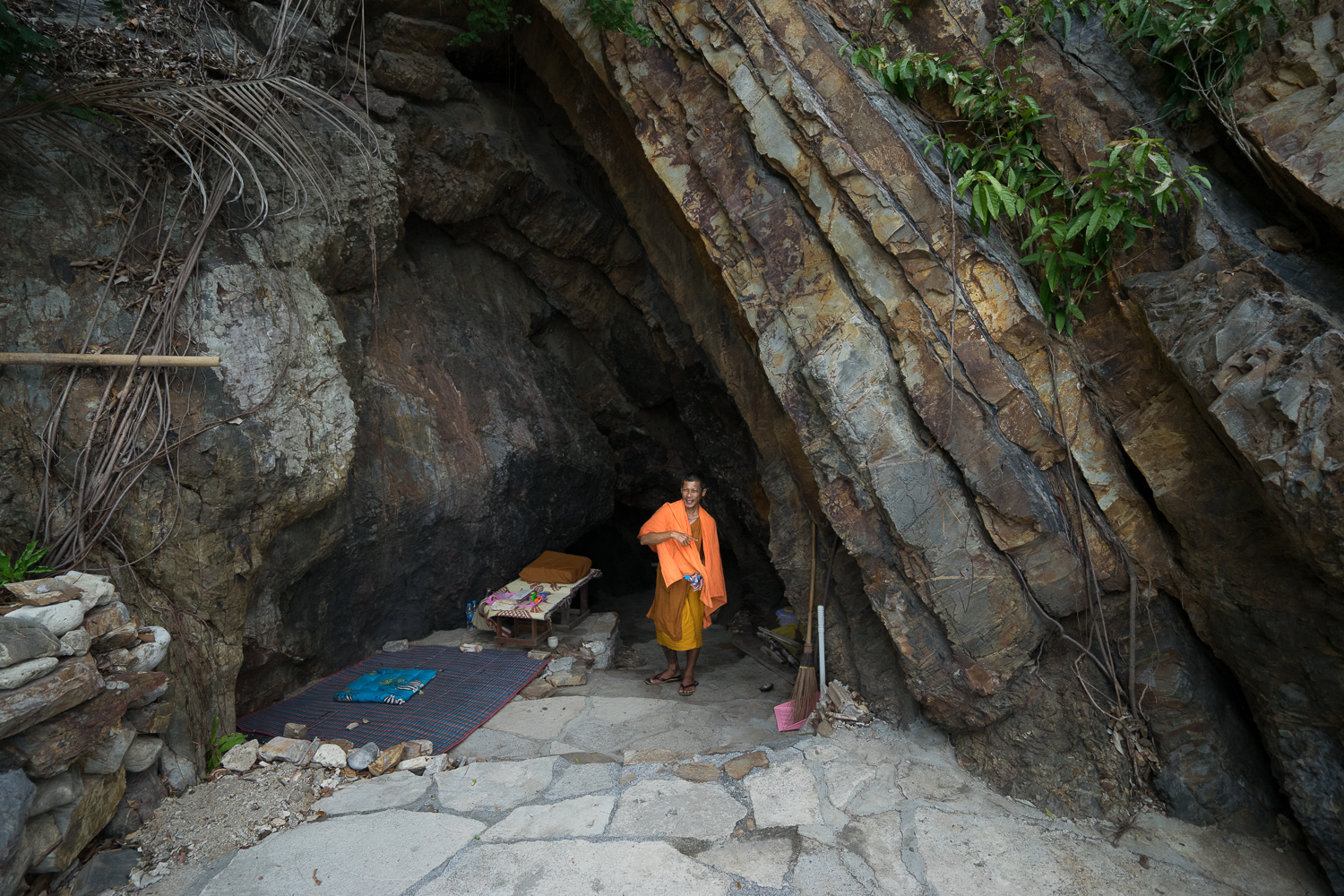 Overhang rock was another awesome spot on Koh Samui and I was surprised to find it completely deserted. I was there for over an hour and not one other person came to check it out. I road tripped along the entire east coast one day on the moped and it was awesome stopping off at lots of cool little spots. I decided that next week I will take a break from the hardships of couch surfing and upgrade myself to a $10 USD a night lodge on Lamai beach. 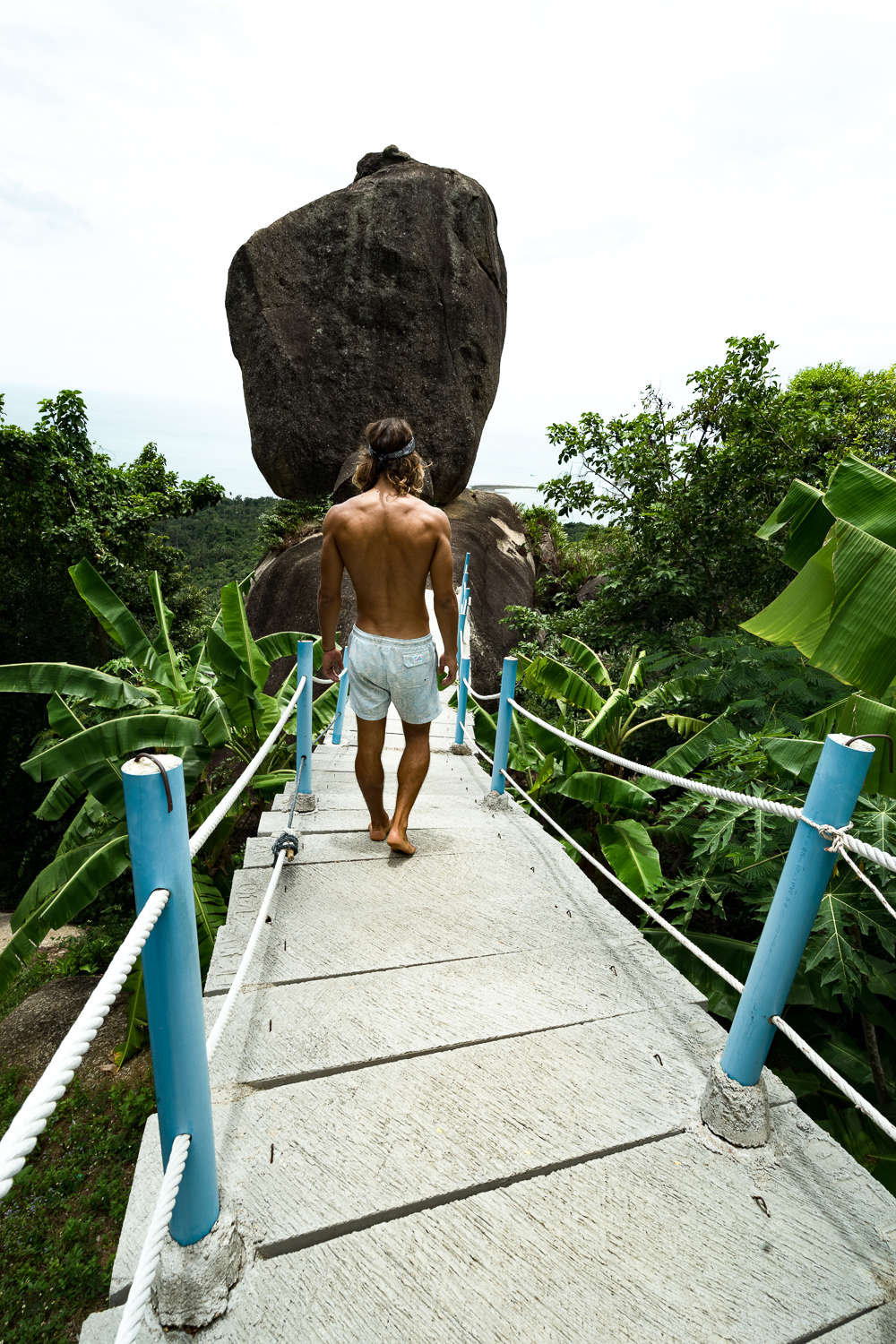 This week has been incredibly cheap and made me realize how cheap travel really can be if you are able to cope with a few discomforts and missing luxuries. I’ve obviously been spending $0 on accommodation and I have been able to eat good local food for less than $5-6 USD a day. There have been no other expenses as all of my activities are free. Exploring, snorkeling, swimming, hiking, venturing into markets and all of my favorite things to do are all at no cost to a traveler.

I was lucky enough to be invited one afternoon by my host to join a snorkel boat tour to Madsum Island free of charge as she works at the tour bookings office at the hotel. I left all the camera gear at home and just enjoyed the day. I have been practicing free diving and resting at the bottom of the ocean, which is a strange but calming experience. I also saw my first stingray which was cool as something I have been wanting to catch a glimpse of for a while.

I have been spending lots of my spare time creating new articles and videos and finishing up all of the content creation from my recent press trip to Indonesia. The blog is going along nicely and some cool opportunities are coming up shortly, starting with an invitation for a 1 week stay at a private villa in Krabi, Thailand later this month. Until then I will be hanging out on Koh Samui, enjoying the beaches, jungles and everything this island has to offer.