Today was no ordinary day. I witnessed the first-ever Ultrak Matterhorn Extreme Skyrunning Race, which is a 25km race with 2,800m of incline and often above 3,000m of altitude. It was billed as the most ‘technical’ race in the world, which refers to the rocky terrain, glacier crossings, snow running and 45-degree downhill sections on gravel.

All of my favorite photos I shot on the day are at the bottom of this blog post.

Josh was signed up for the race, which would make it his second appearance in the Skyrunning circuit for 2019 after a valiant effort earlier this month in Spain. With a few weeks of hiking in Switzerland under his belt, he was hoping to defy many and reach the cut-offs and finish the race. Having never worn crampons (spikes), never been on a glacier, never run at 3,300 altitude and minimal technical training… it was a big task.

I was lucky enough to join the Skyrunning media team and get dropped by a helicopter into one of the most stunning parts of the race at 8:30 am. The heli picked us up in Zermatt and dropped us off, rather unbelievable, on a ridge that didn’t like wide enough to park a bicycle. This was Zermatt and it was a different world.

We weren’t done yet. To get into our position on the ridge, we had to put on our own crampons and cross the snow before descending down the glacier with a rope. Just like Josh, it was my first experience using crampons and crossing a glacier. Once I was up on the ridge again, I felt comfortable and began visualizing my shots before the runners came through.

To paint the scene, Imagine a handful of people sitting on a ridge at 3,200m of altitude surrounded by some of the most amazing 4000m+ peaks in the Swiss Alps. No-one was chatting, each just sitting in his own spot waiting and enjoying the calm before the storm.

With a couple of other photographers, I waited for the runners to scramble their way up the mountain and pass us on the ridge. It was an incredible location to photograph some of the best athletes in the world. Before the ridge, was the glacier where the runners were crossing. I waited in this spot for most of the runners before joining them in their climb to the top of the Mettelhorn (3,406m) later.

In total I spent almost five hours on the ridge shooting several hundred runners as they battled their way up the ridge. Josh came past in 116th place, tired, weary but not broken. At this point, he was on the home stretch with just the Mettelhorn to summit than it was all downhill, which is no easier on the legs but 1600m downhill.

After Josh passed me on the ridge and I shot this photo of him, I then packed up my gear and summitted the few extra hundred meters to the Mettelhorn (3,406m). From the summit, I decided to get a taste of the action myself and strapped on my heavy camera bag and started running down the course. This allowed me to get some shots of the athletes in some unique spots and actually get a personal understanding of the course they were tackling. 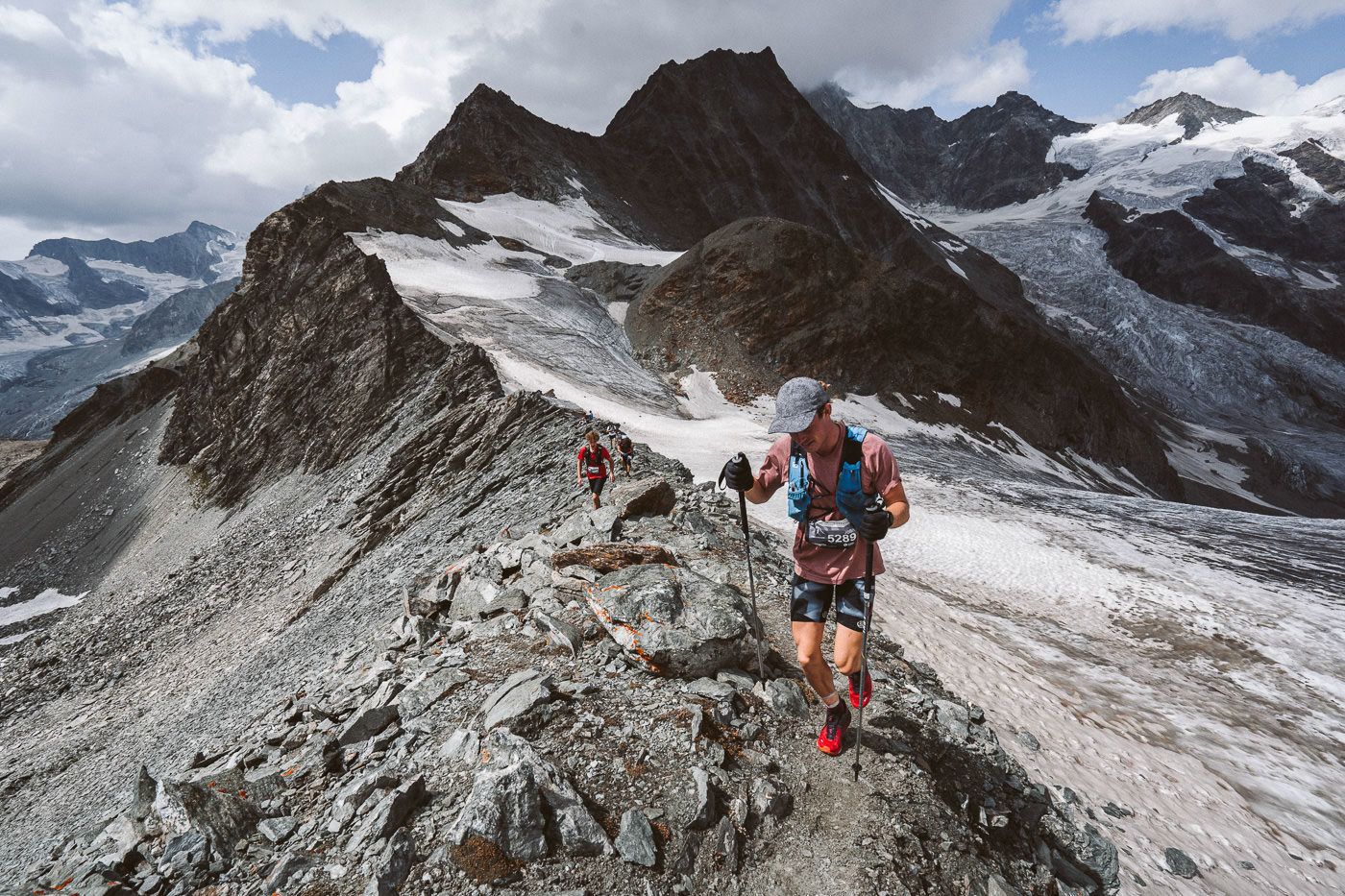 It was outrageous to watch these mountain goats do their thing and have the opportunity to shoot their moment! Here are my favorite photos from today that I hope captured the essence of the race and the determination and strength that these athletes displayed today in Zermatt, Switzerland.

All of the photos were taken on my Sony A7ii and most of them were, in fact, captured on 16-35 f4 Zeiss Lens. I would stand just to the side of where athletes were passing and shoot on hi-burst mode until they had come right close to the camera. Some of the shots were also taken on the 24-105mm f4 Lens but I predominantly kept with the wide-angle lens to take in the amazing mountains behind the runners. 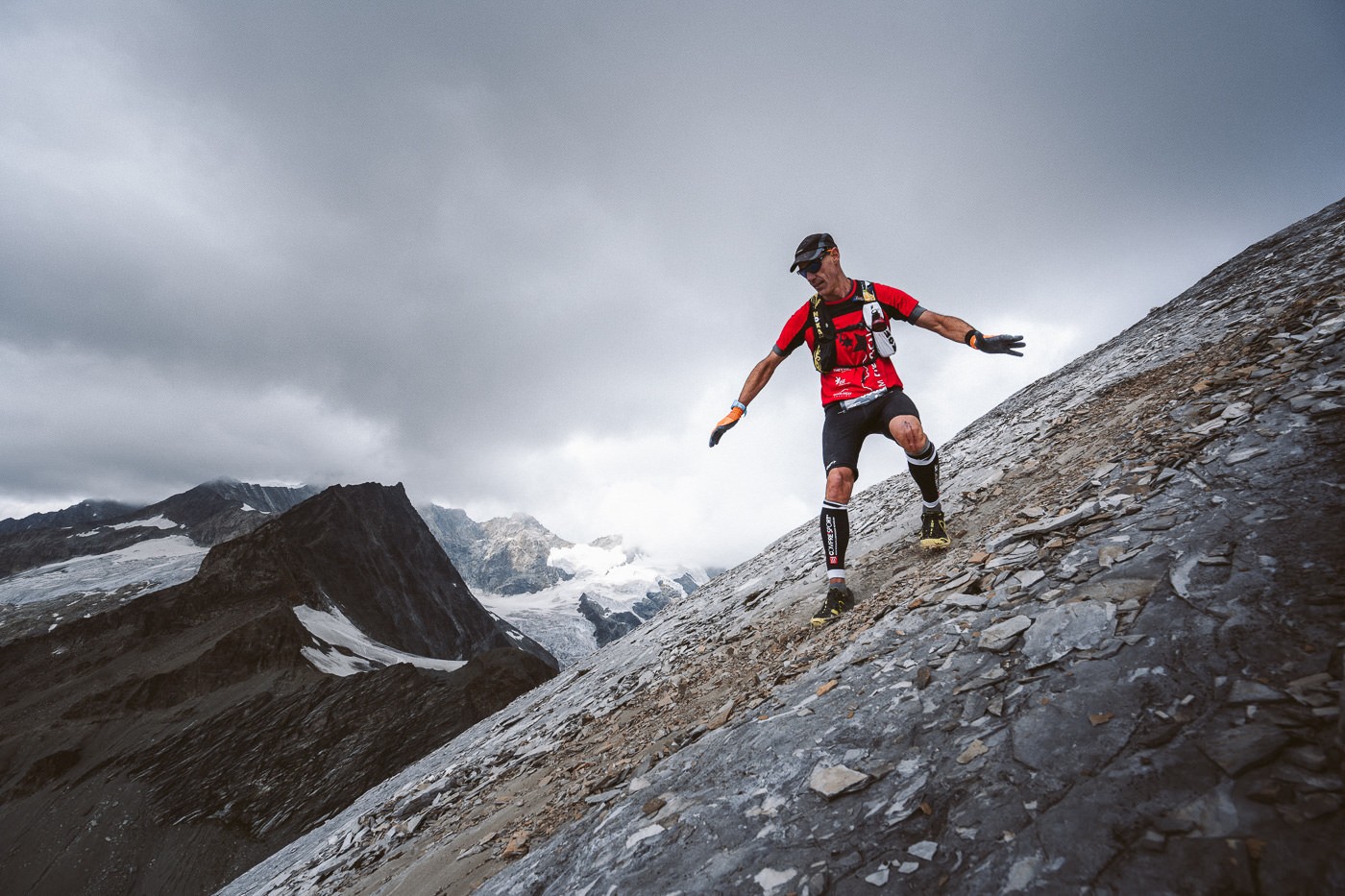 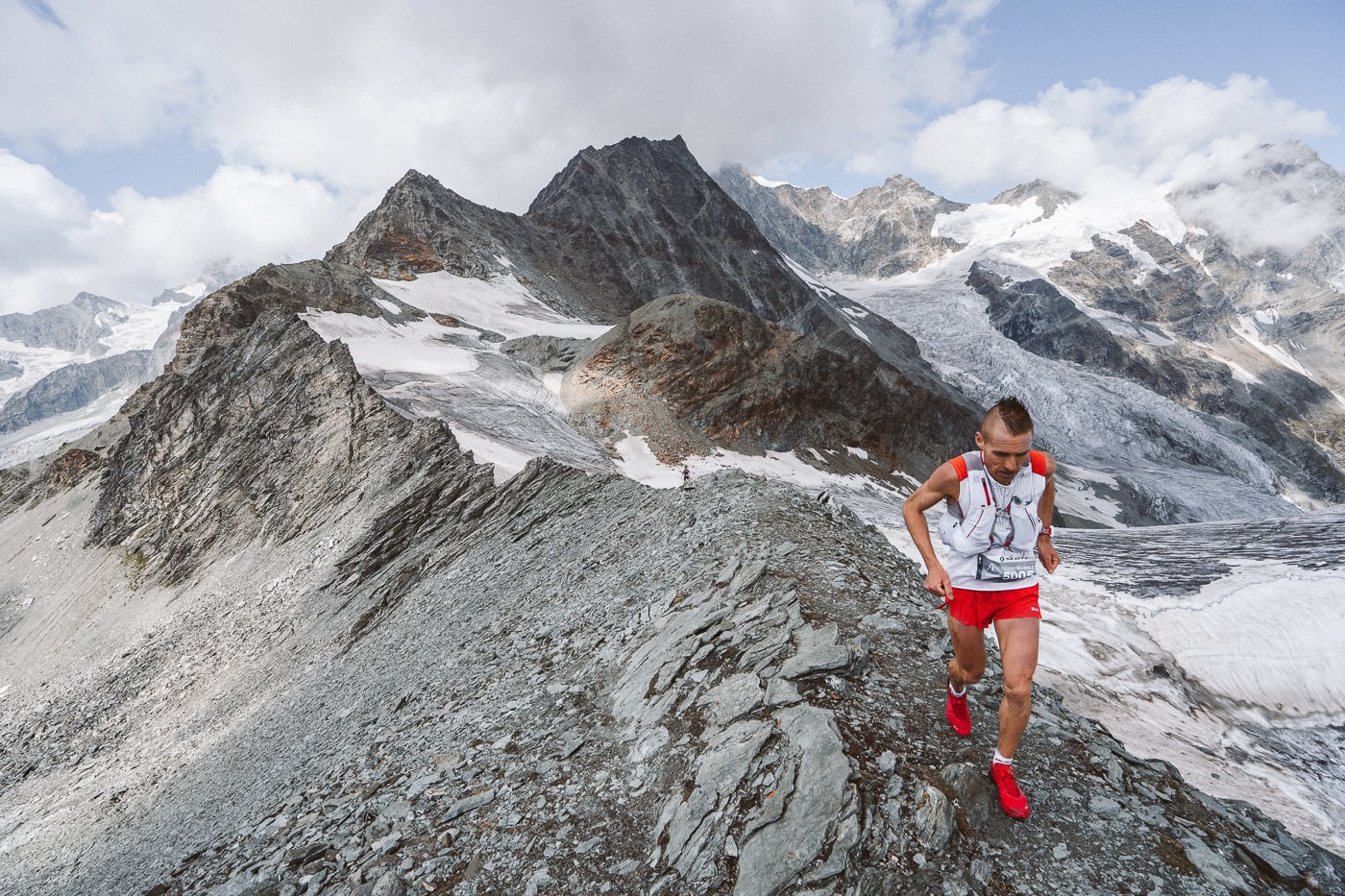 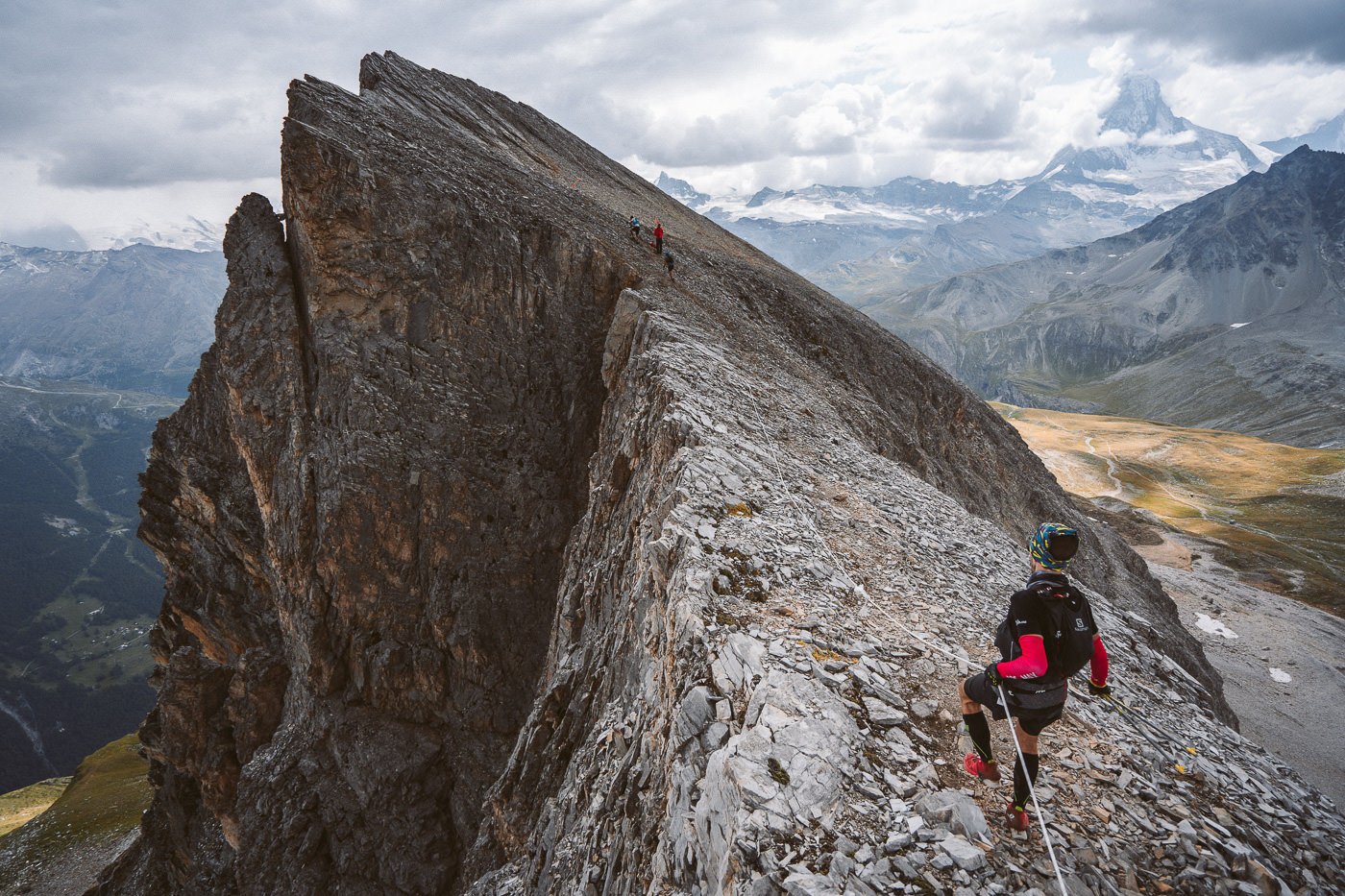 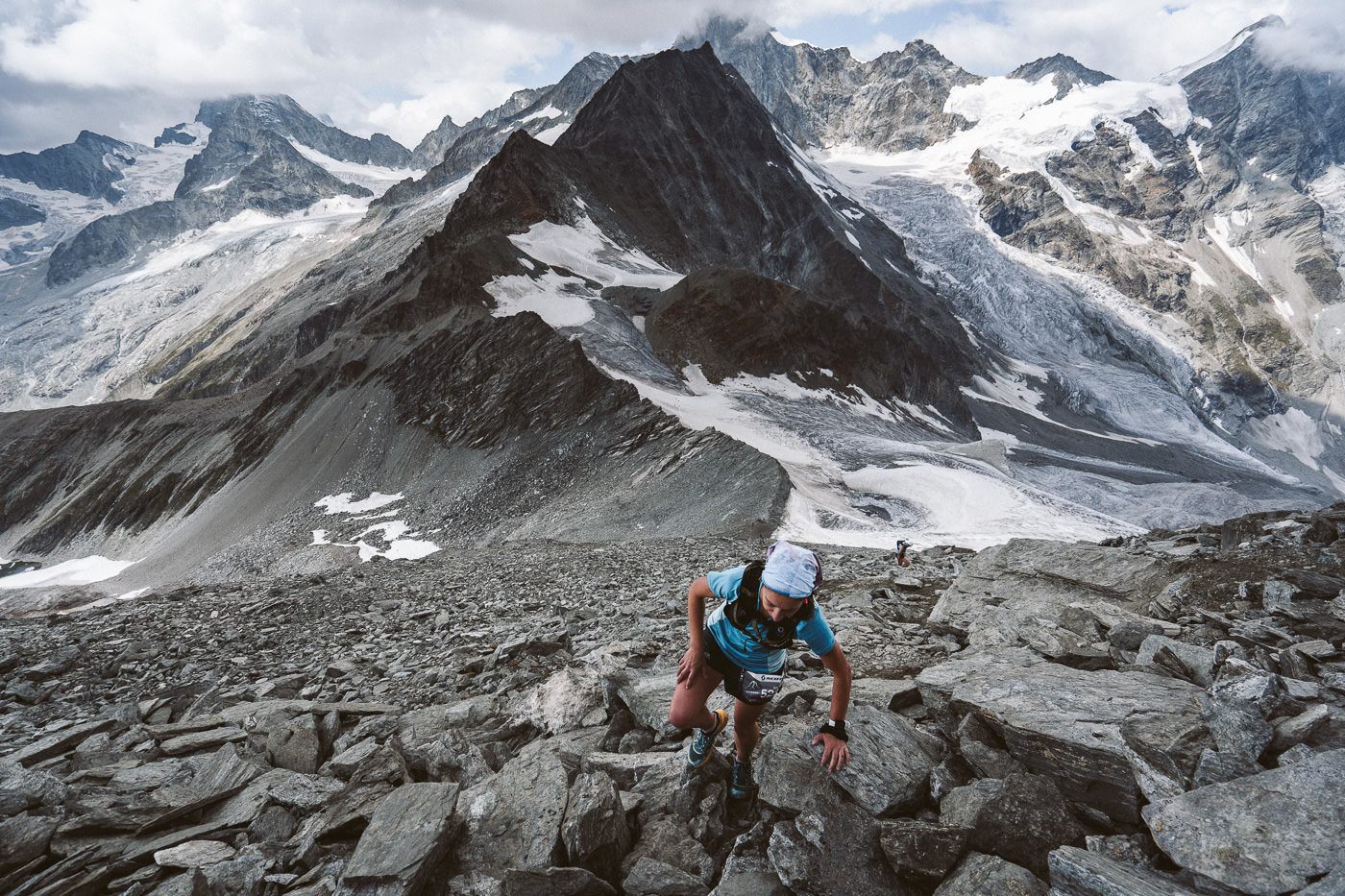 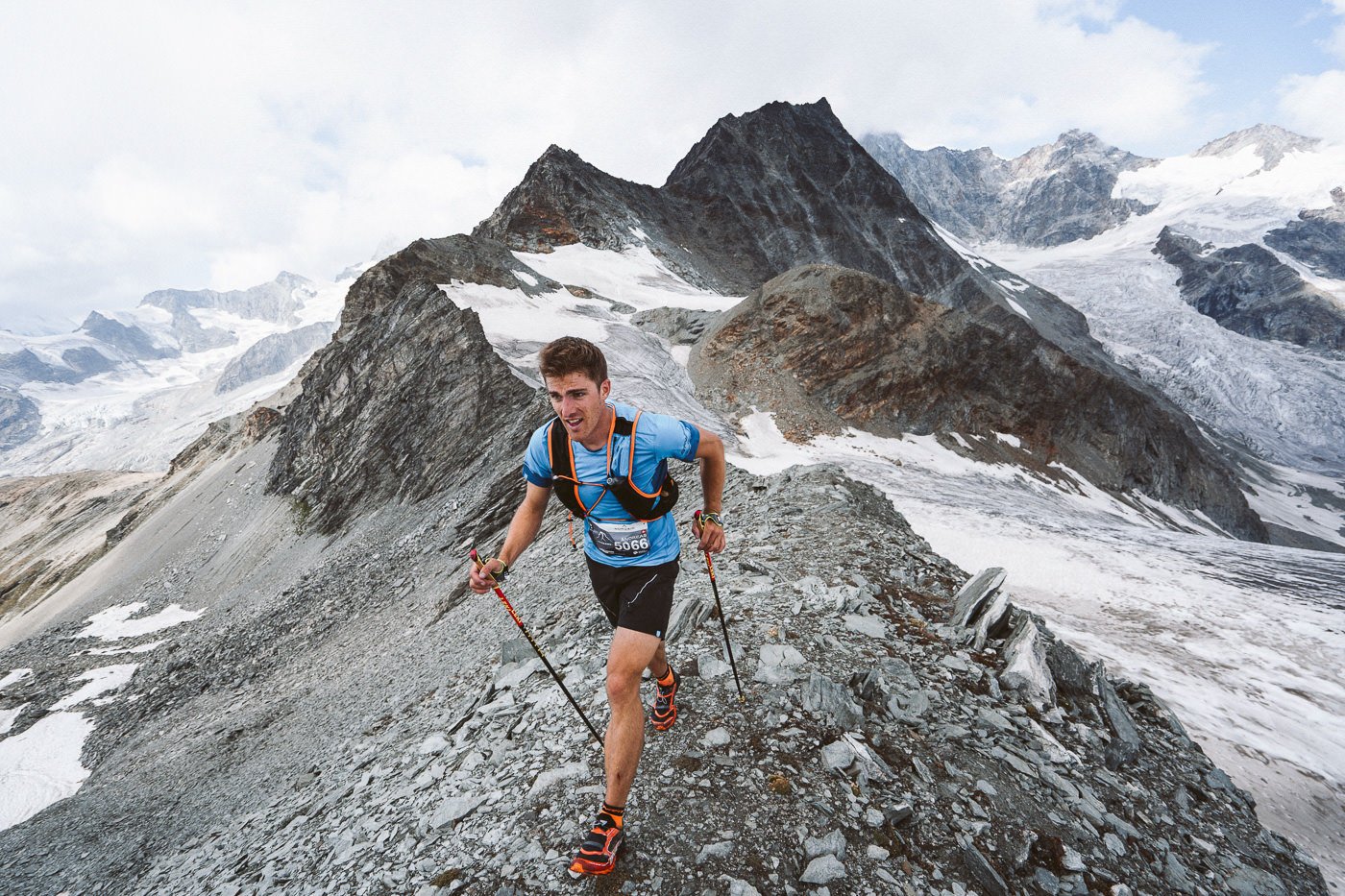 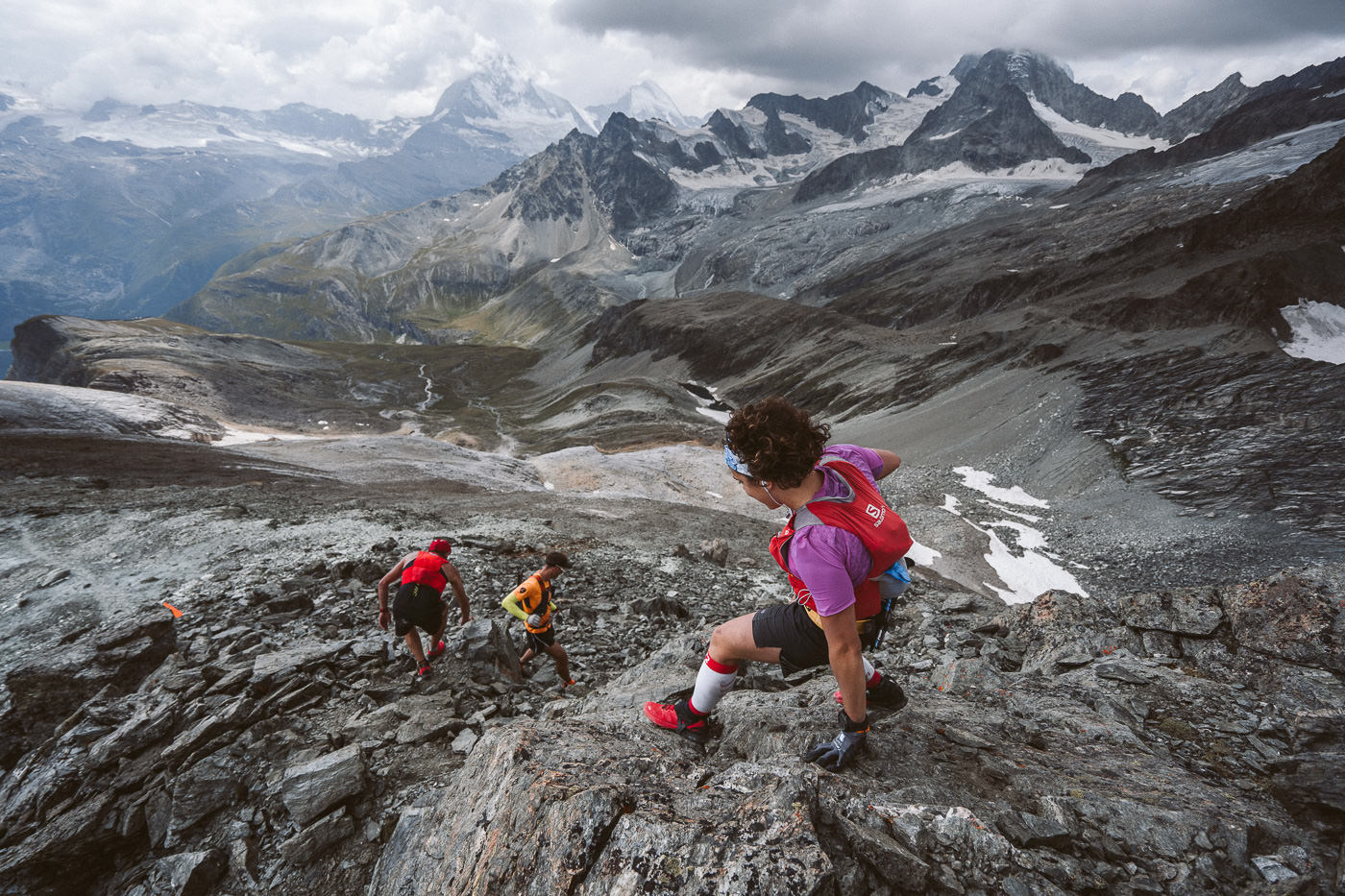 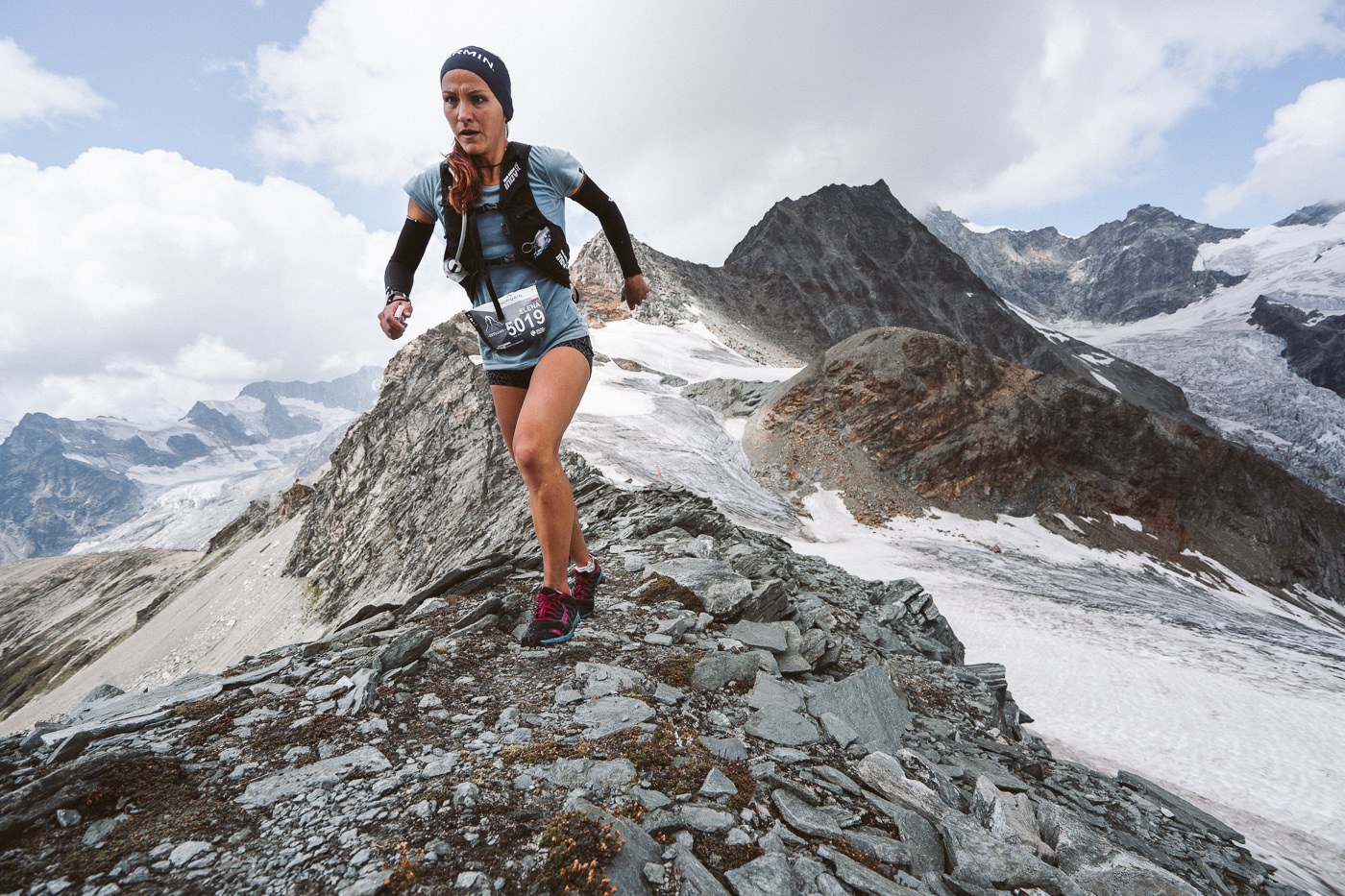 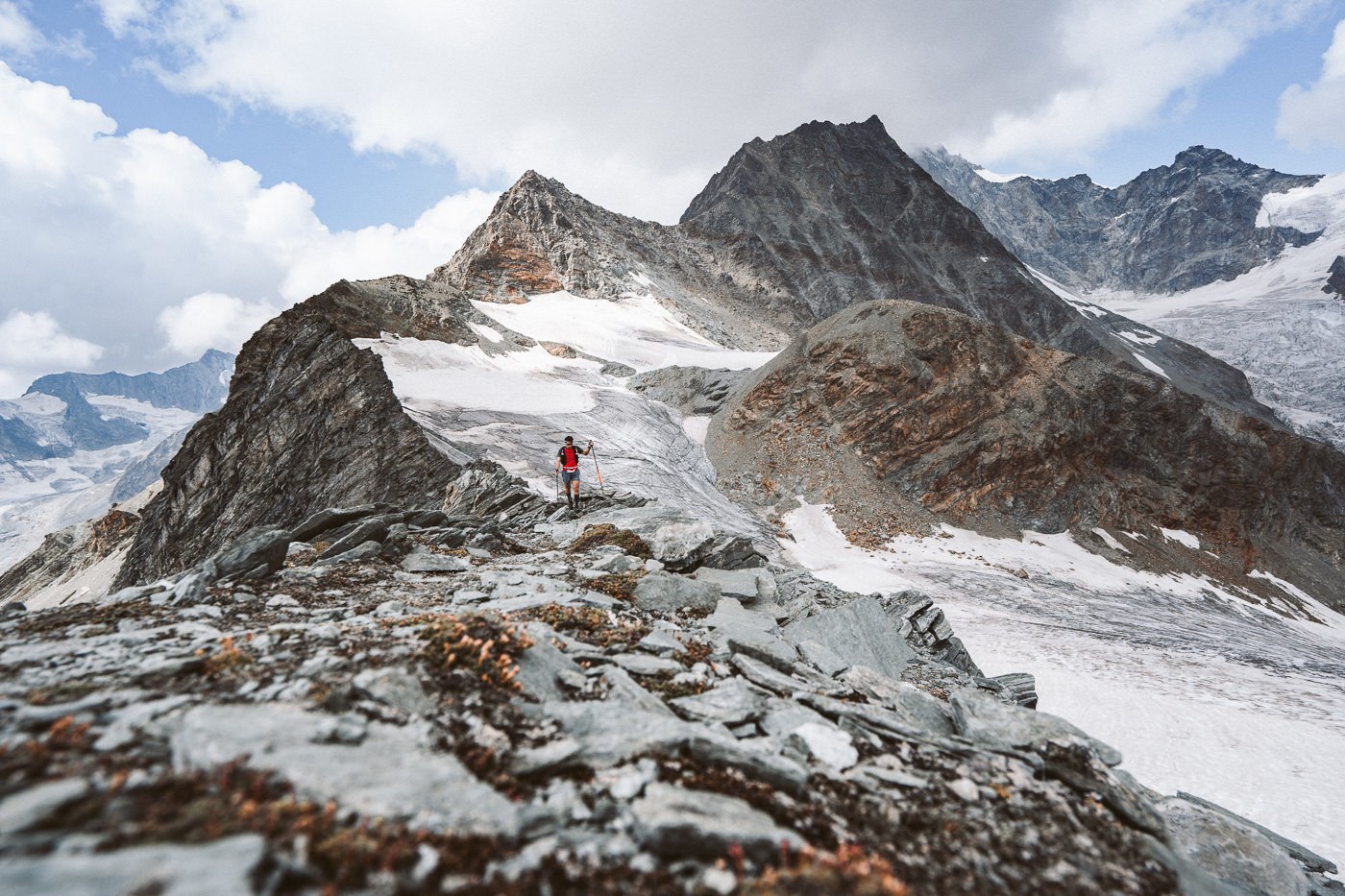 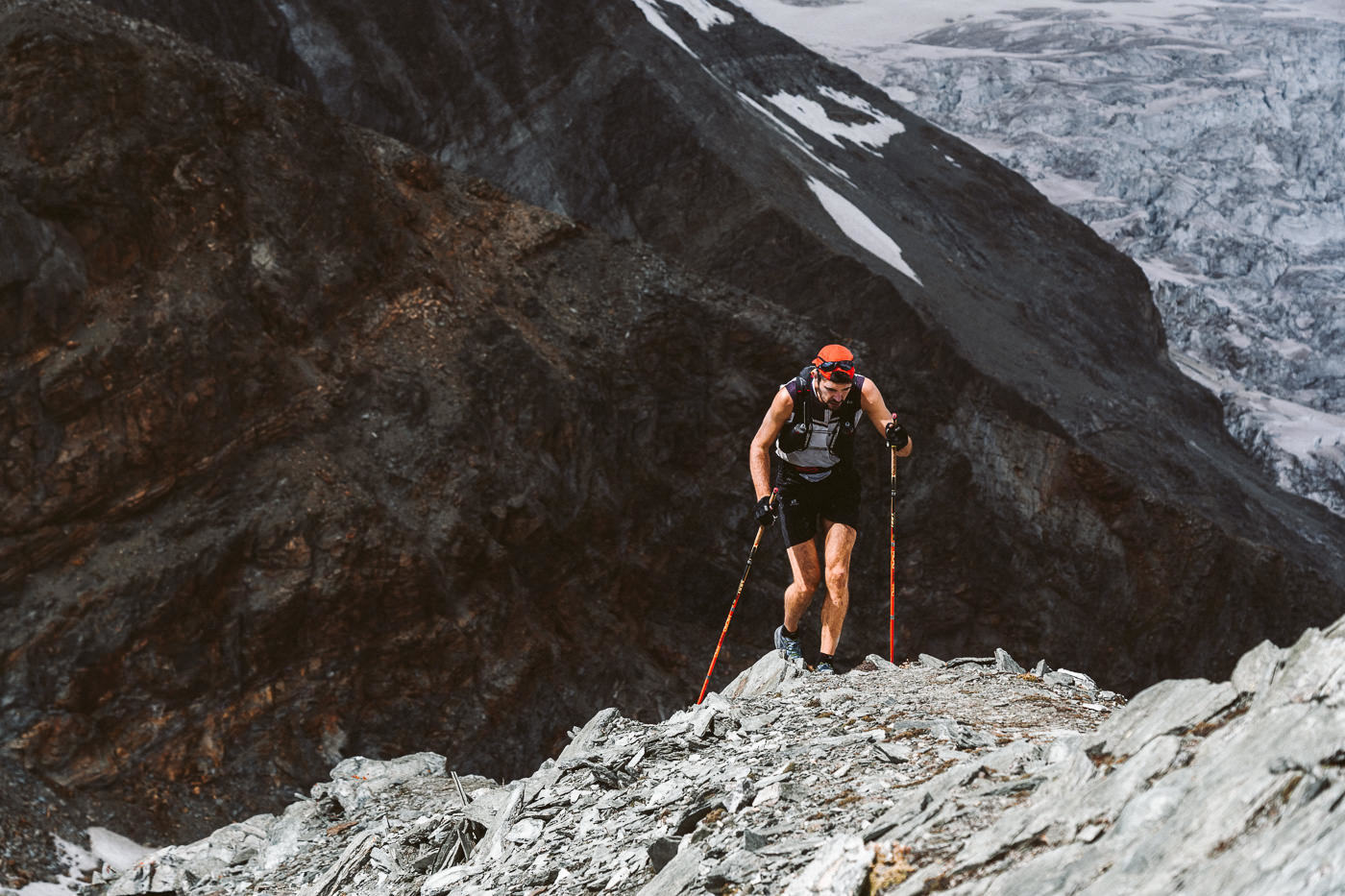 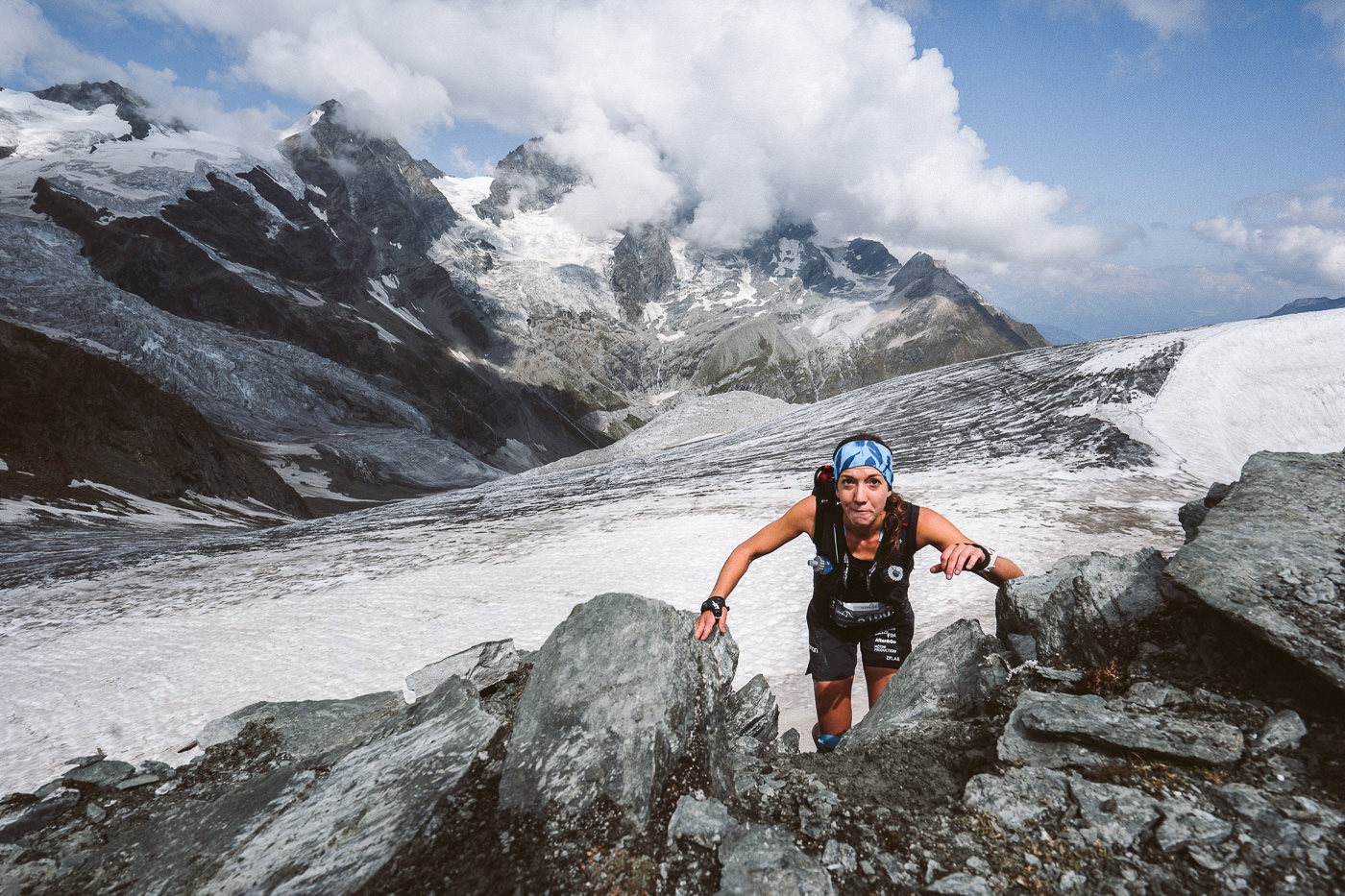 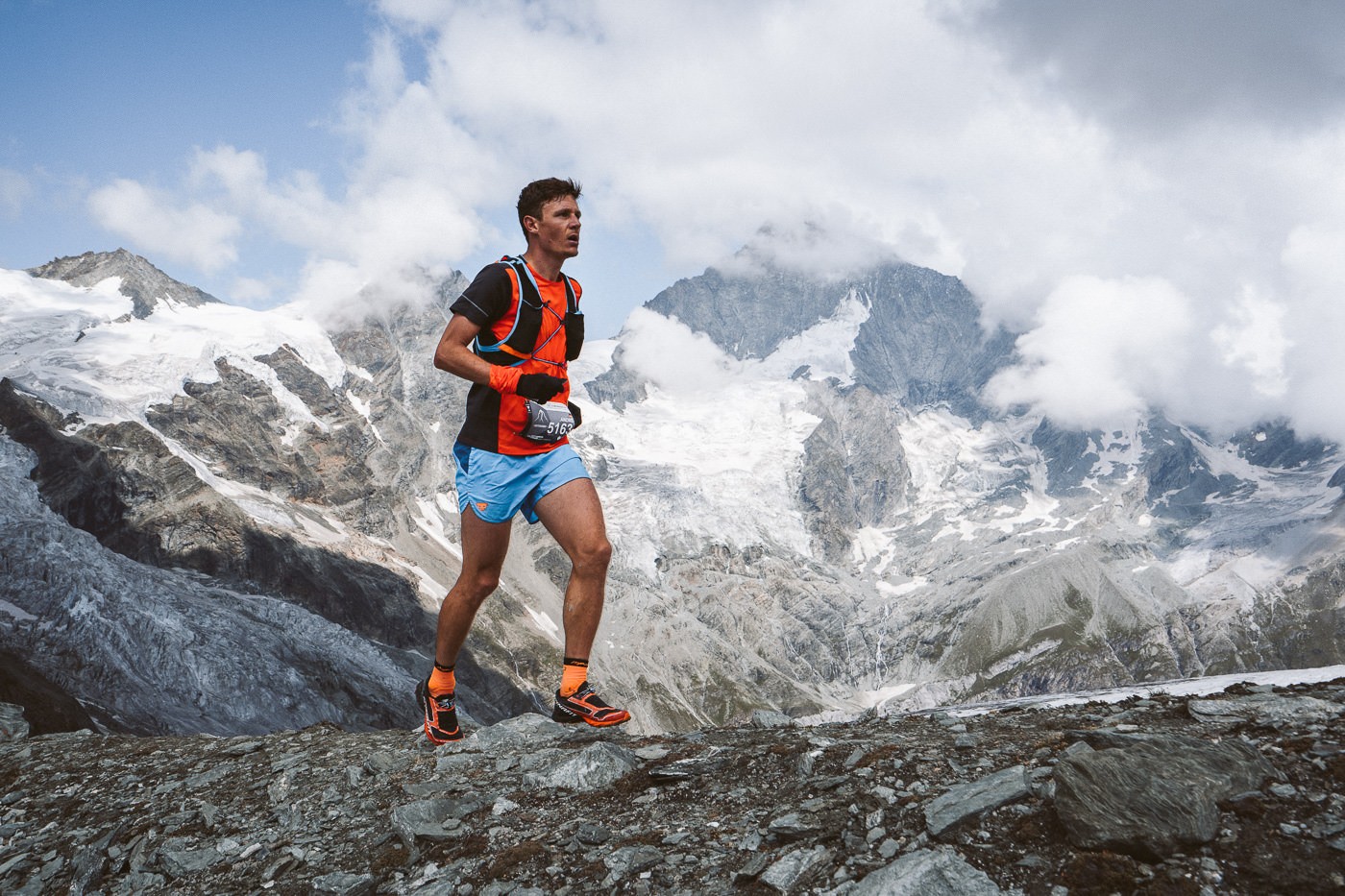 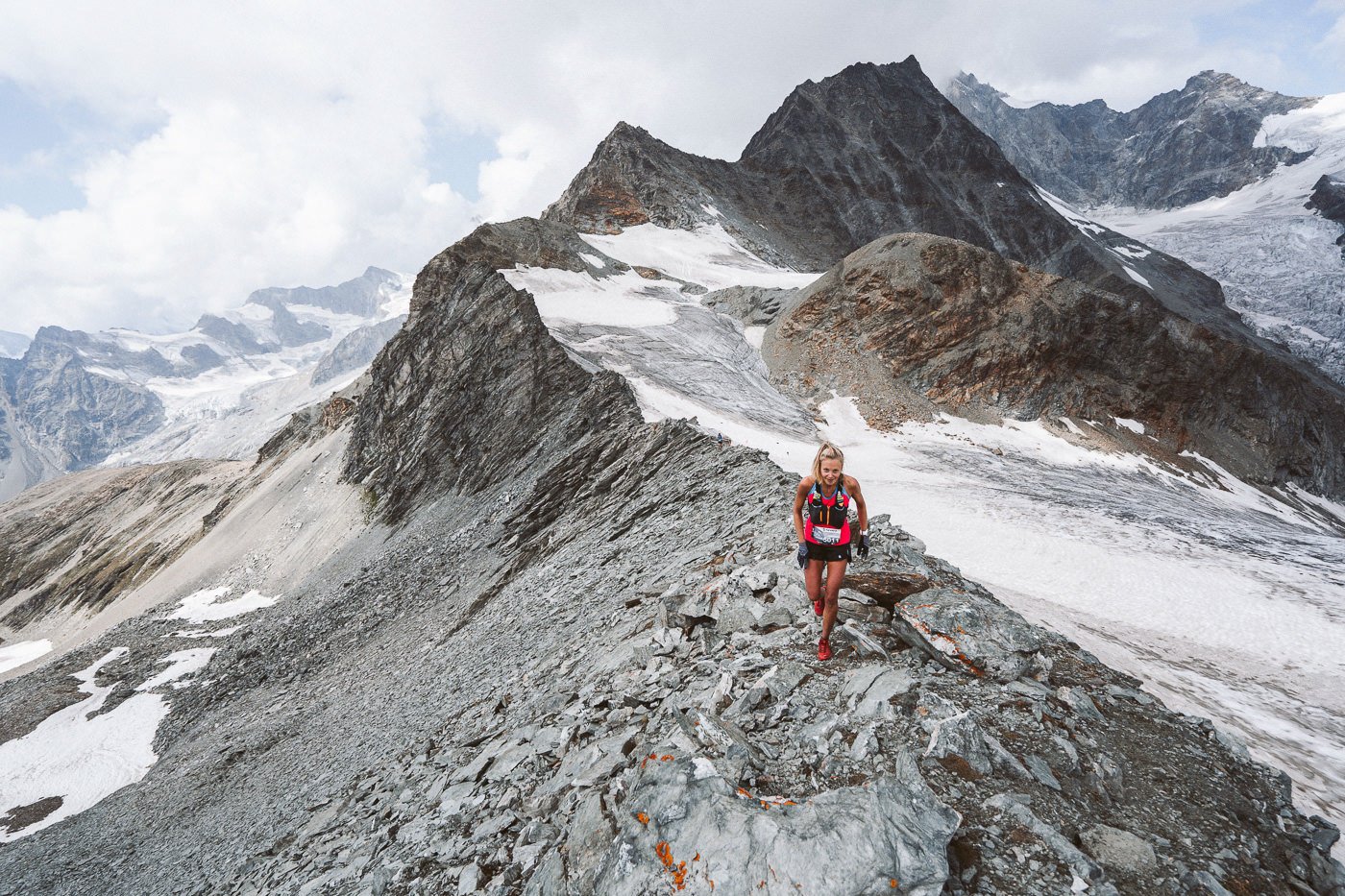 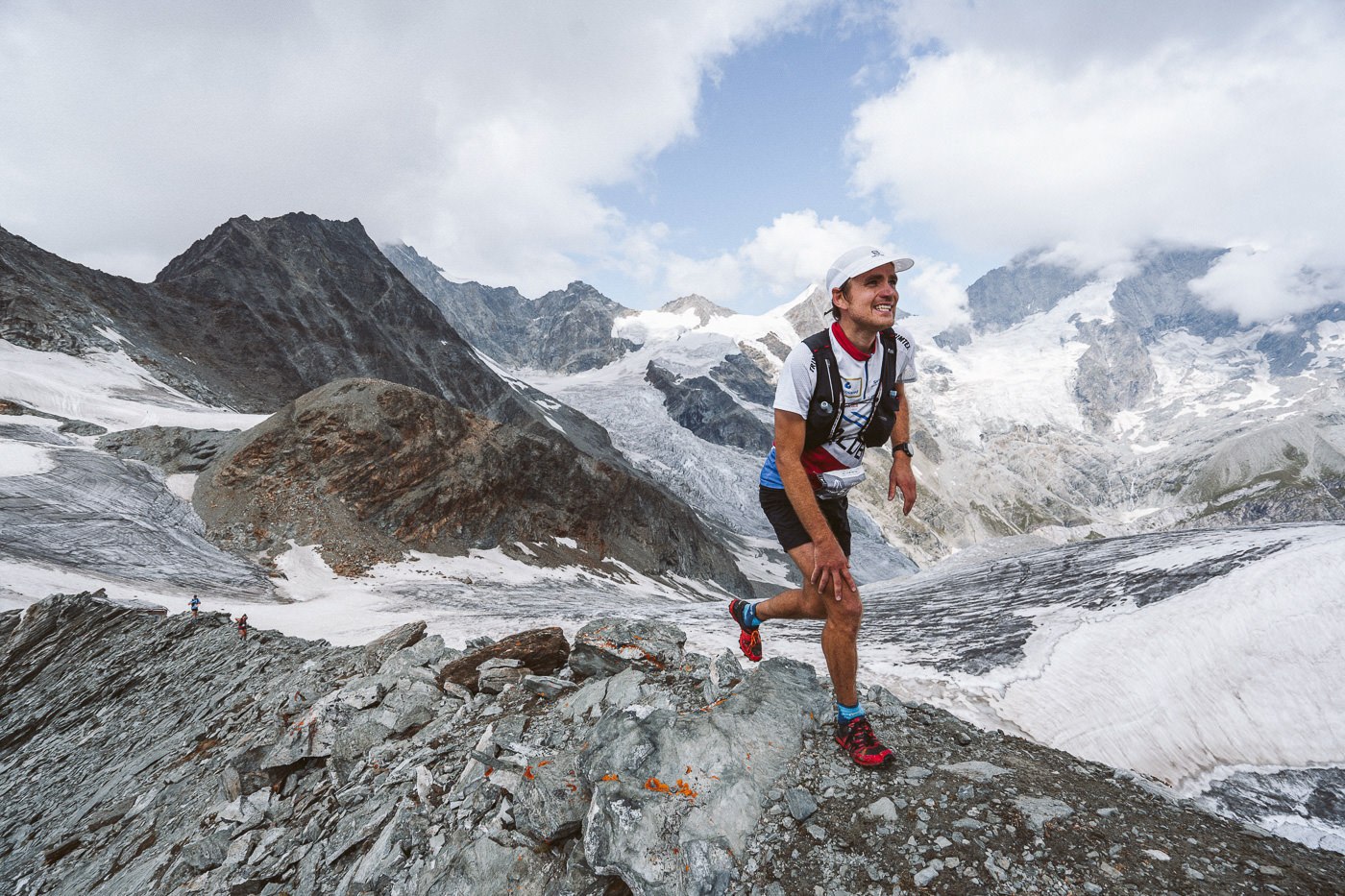 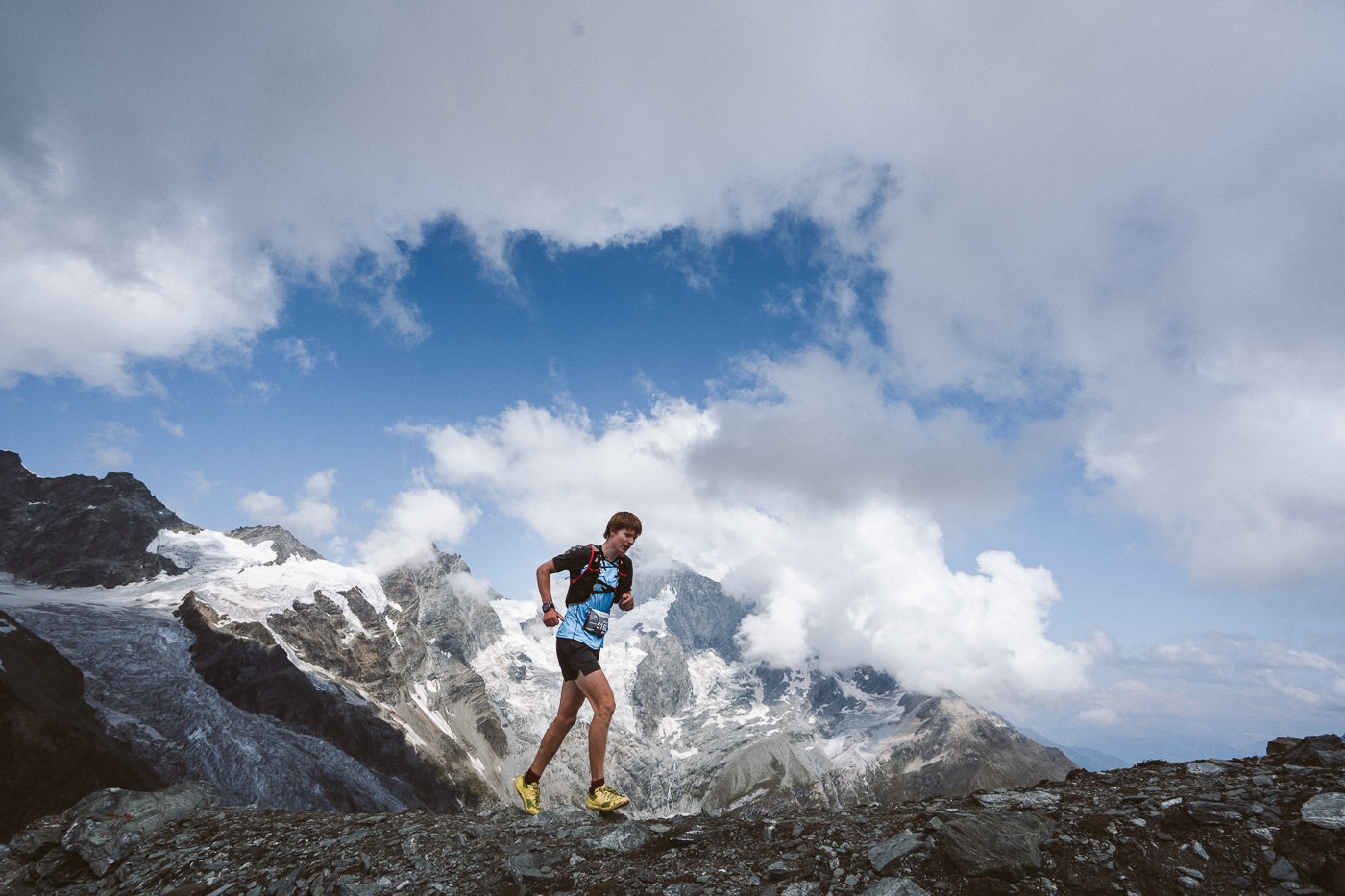 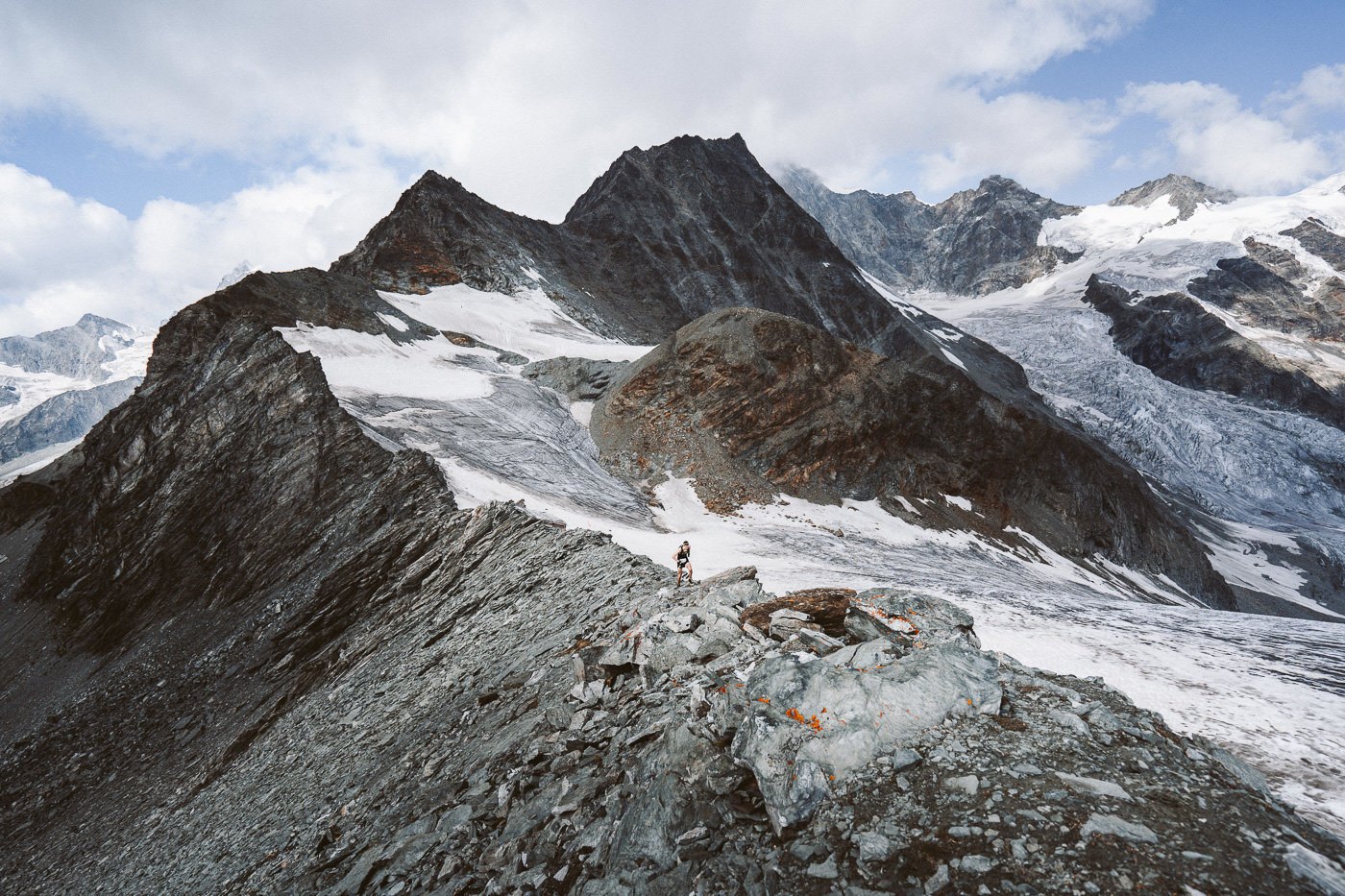 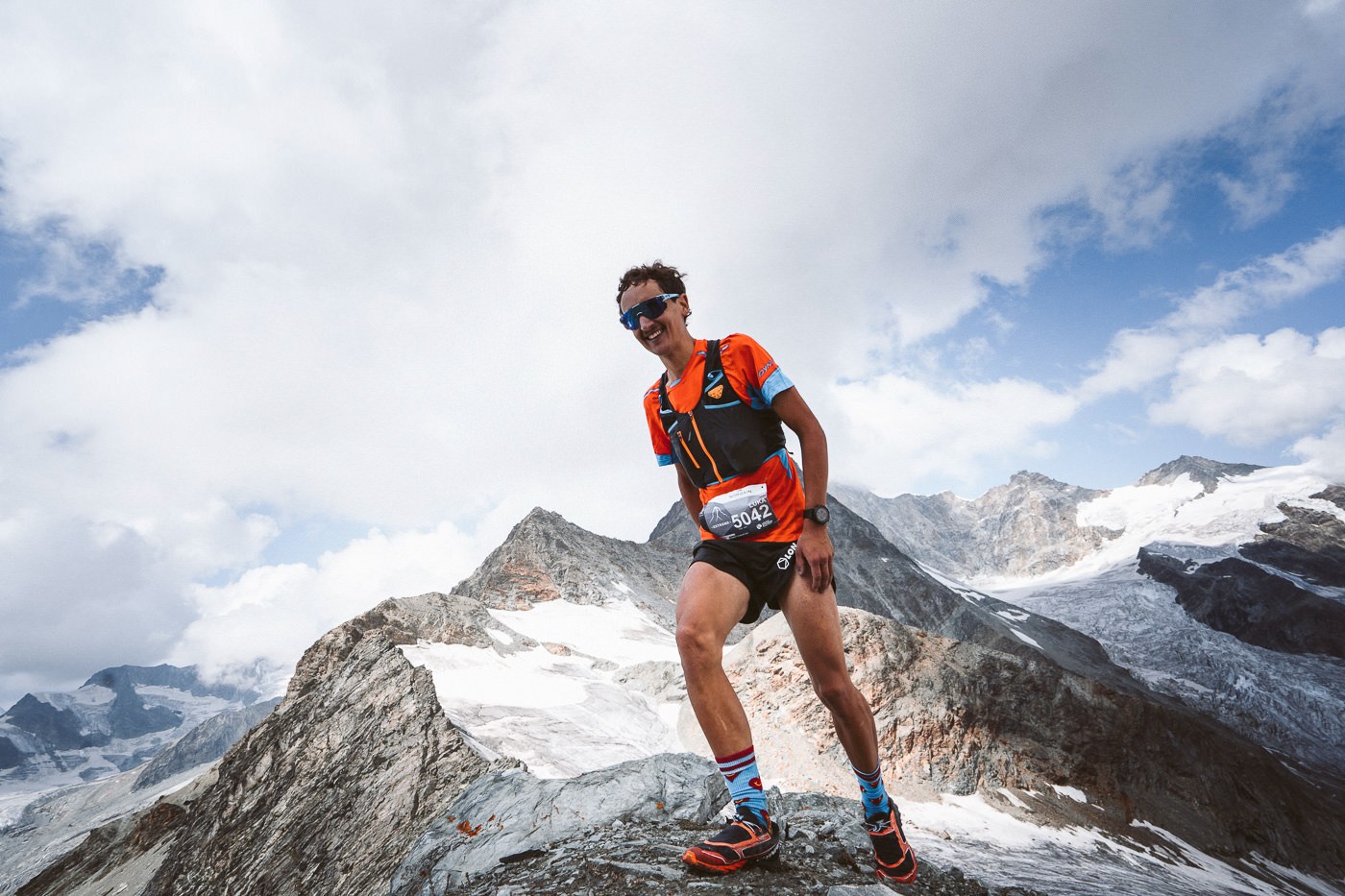 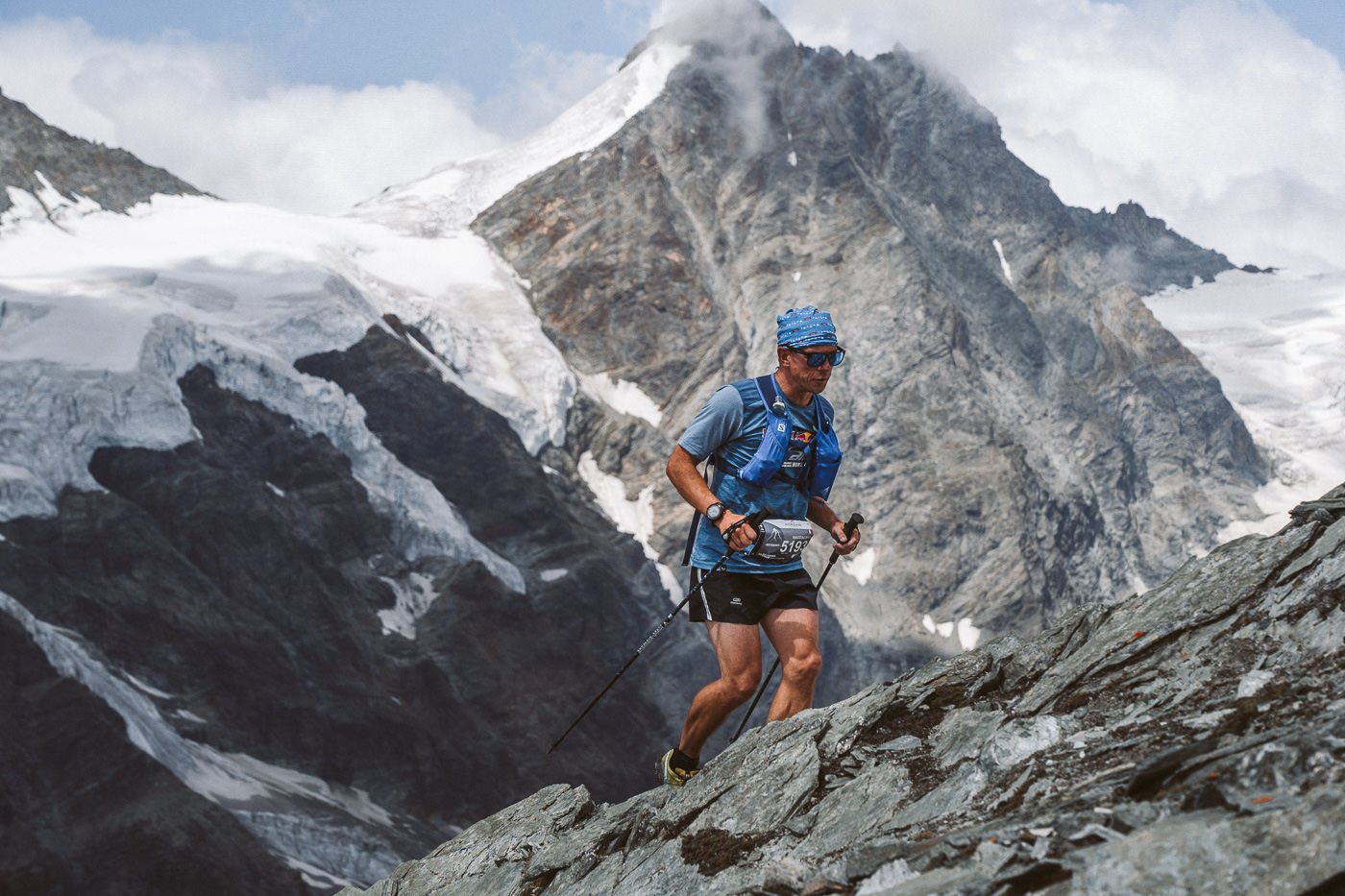 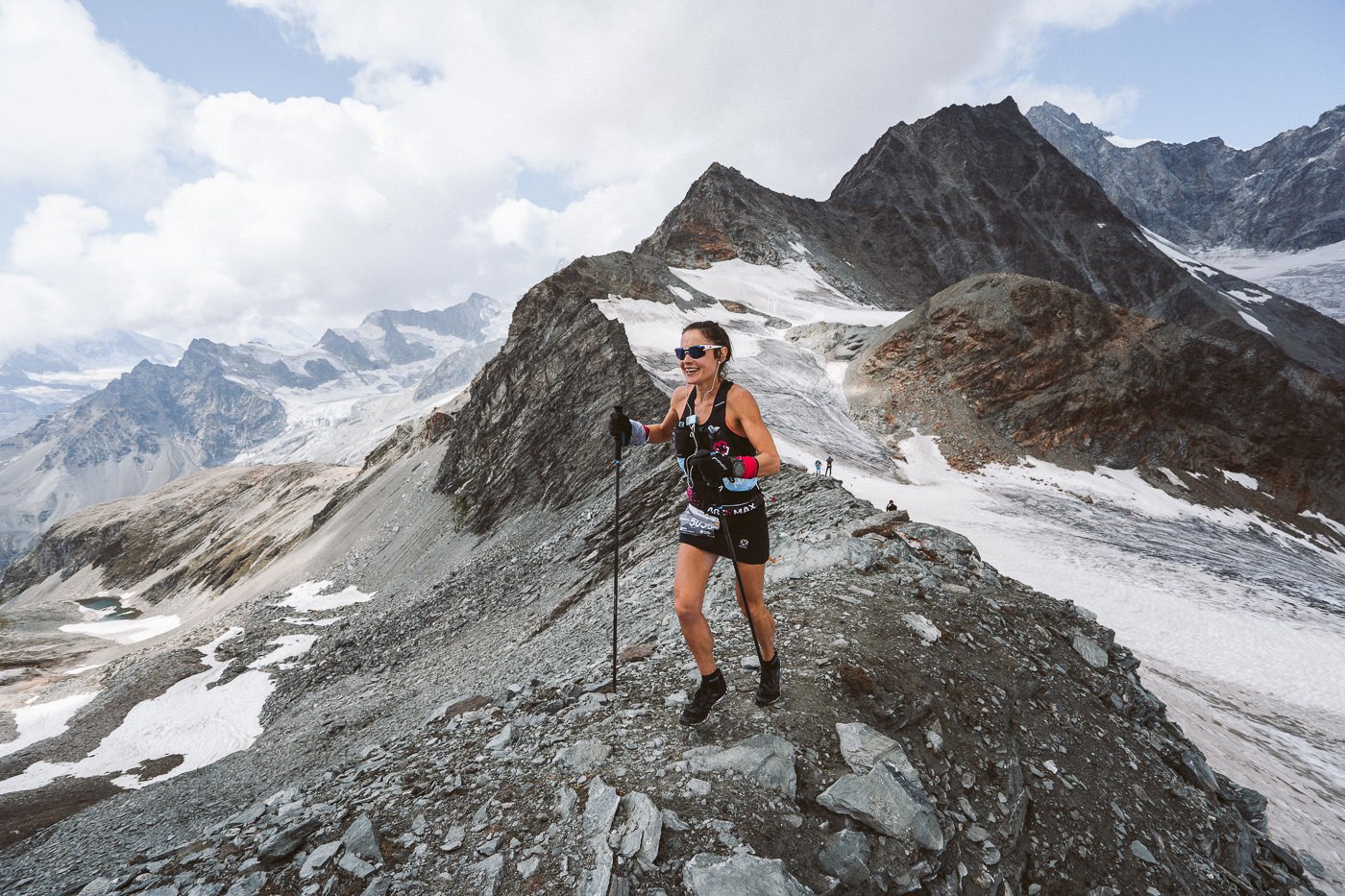 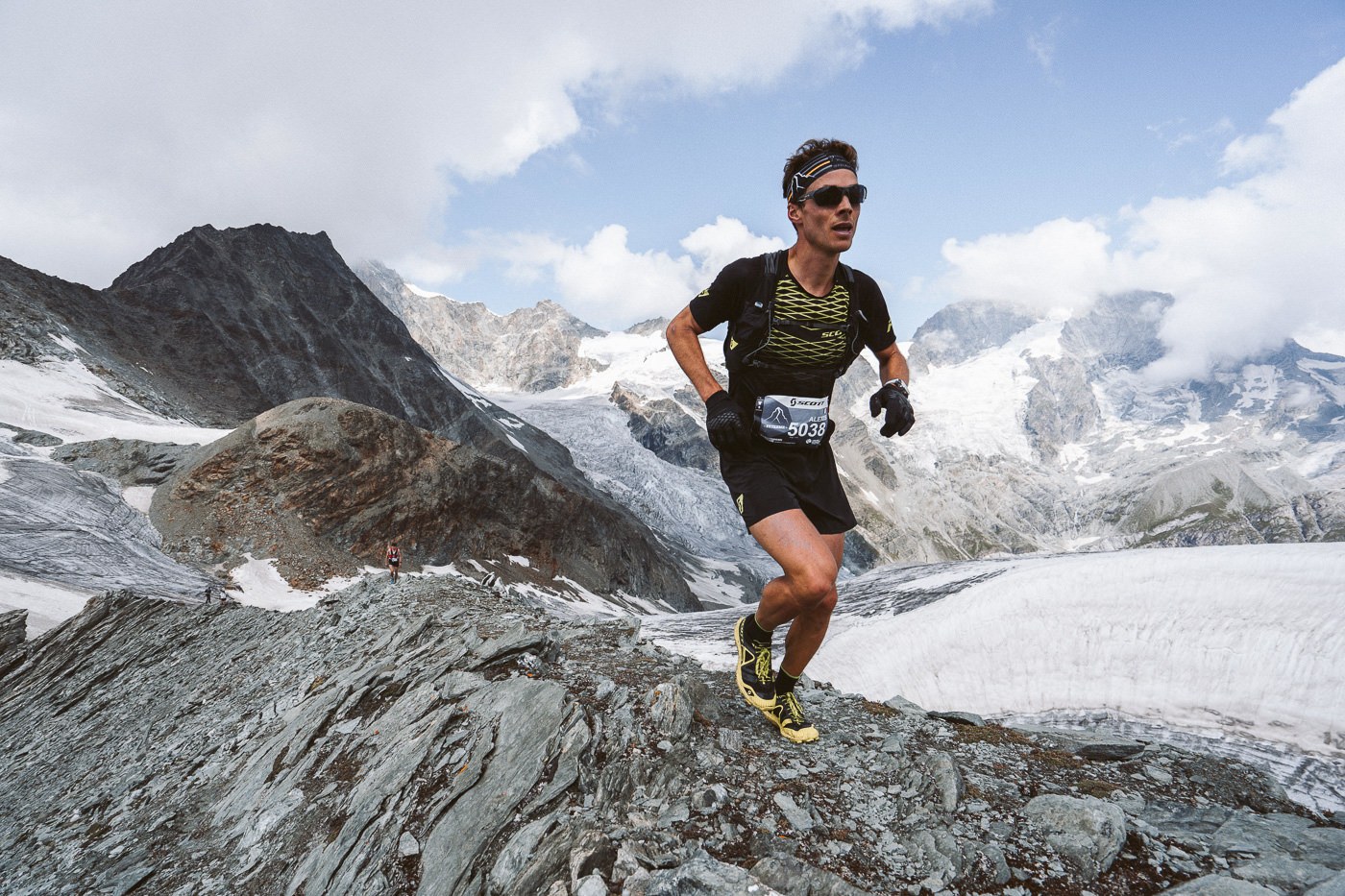 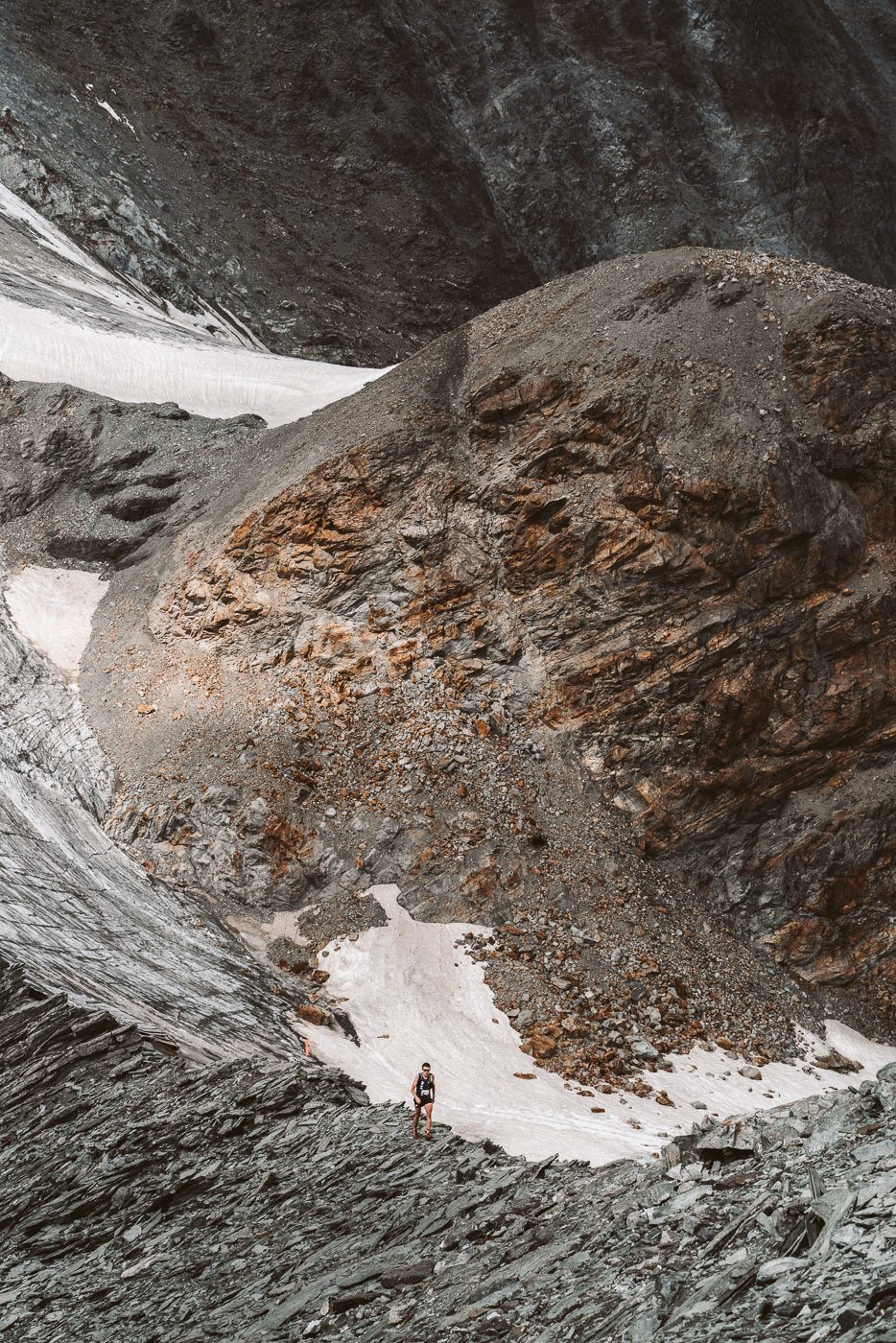 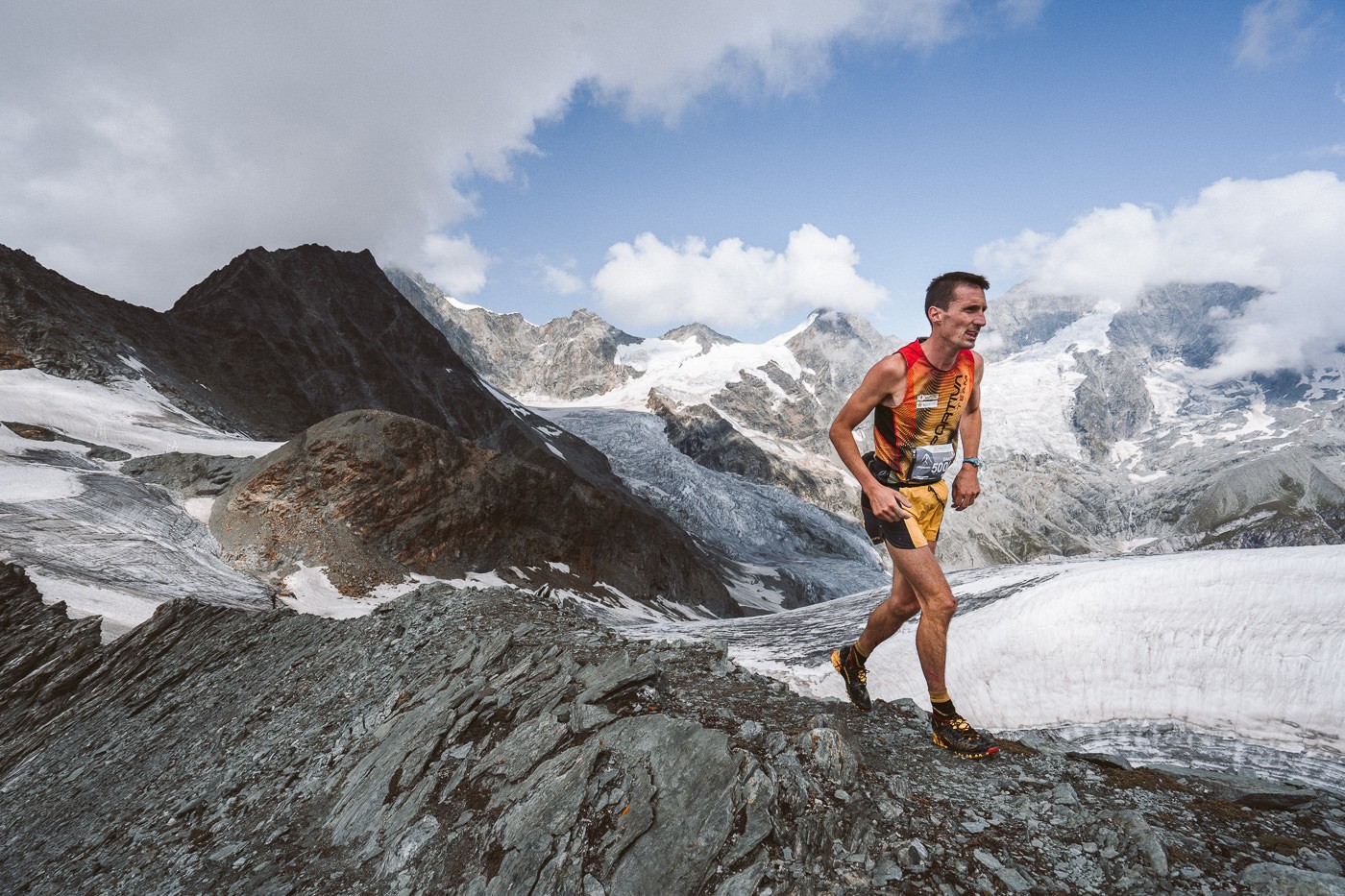 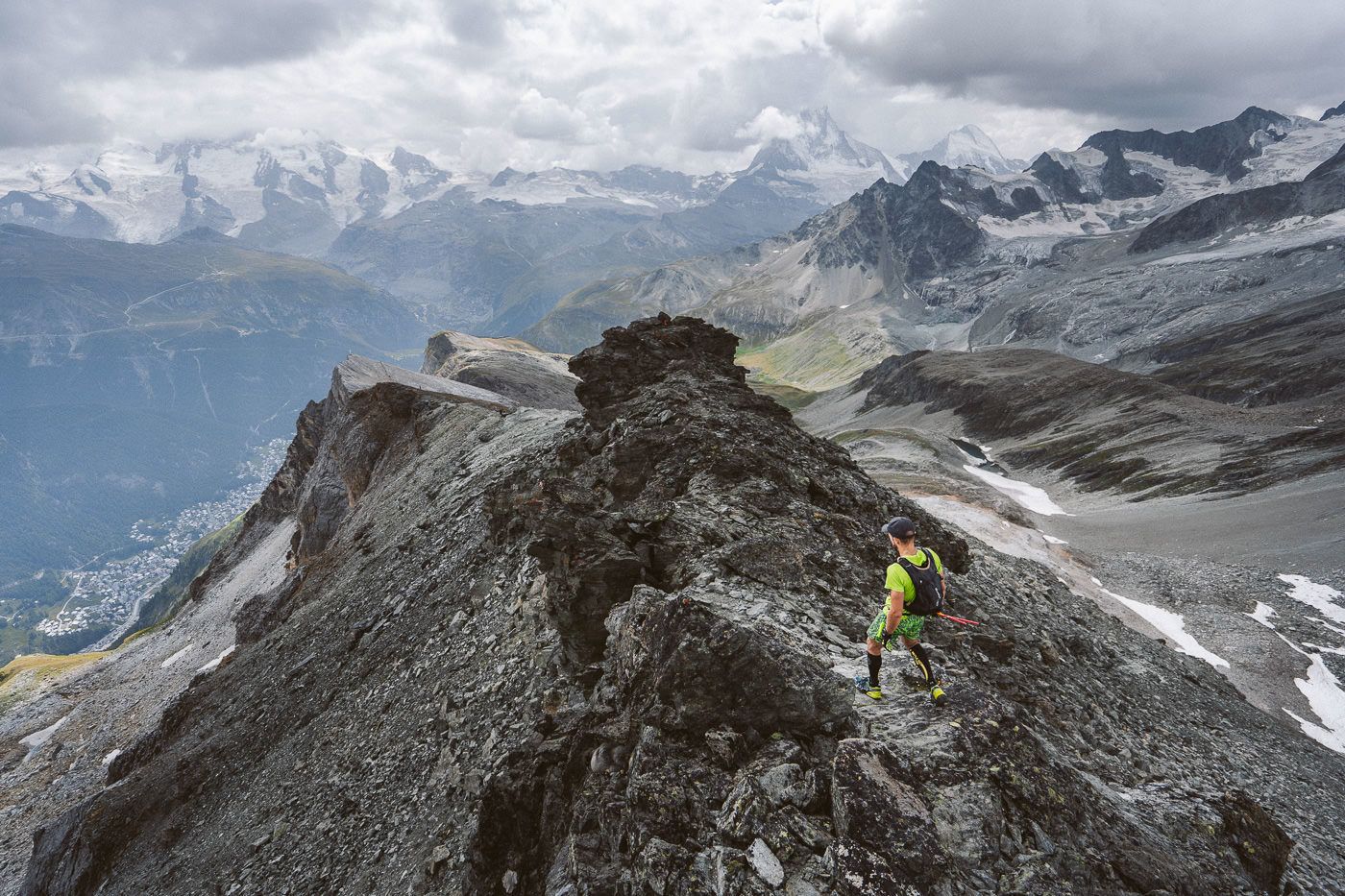 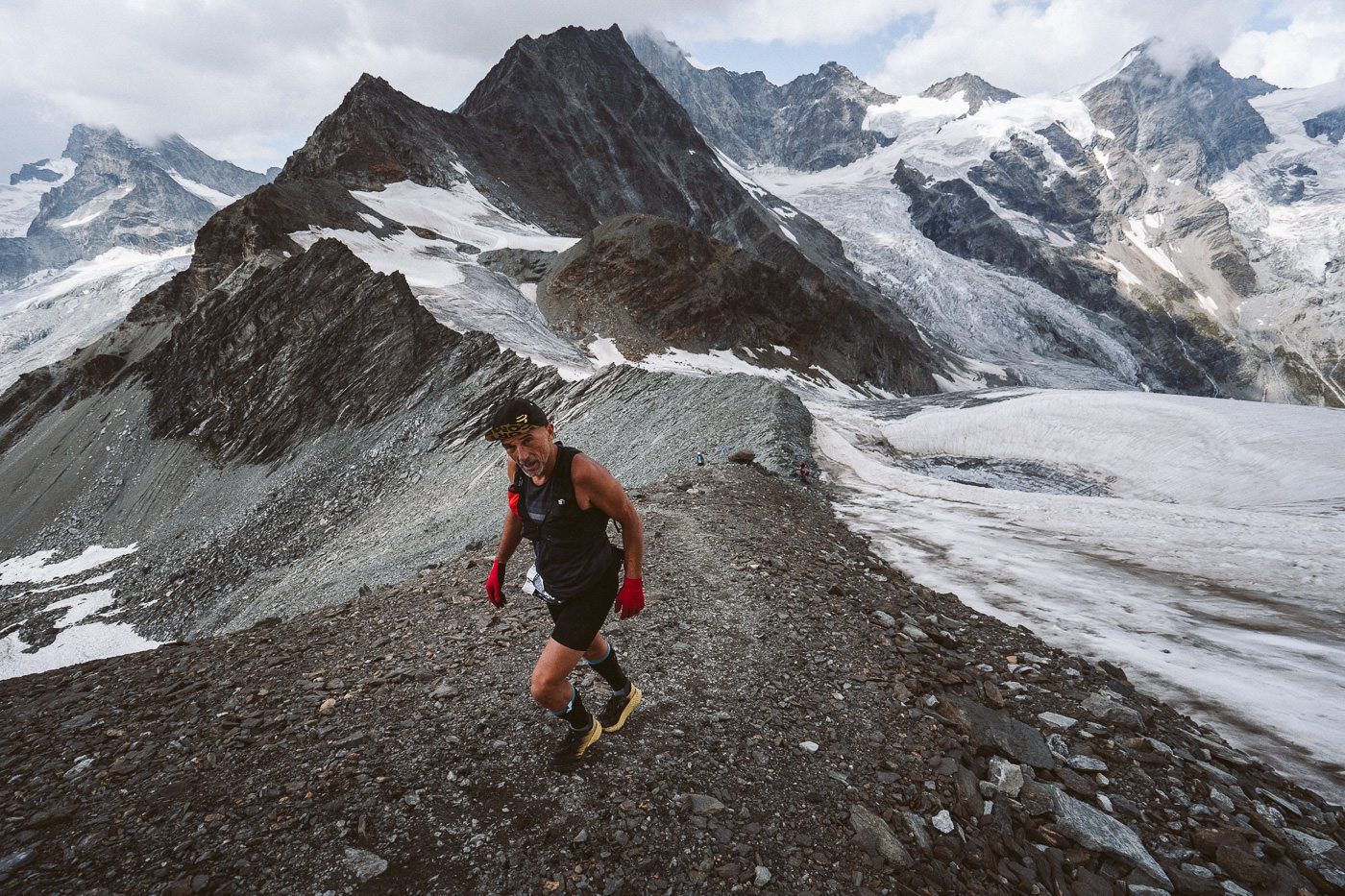 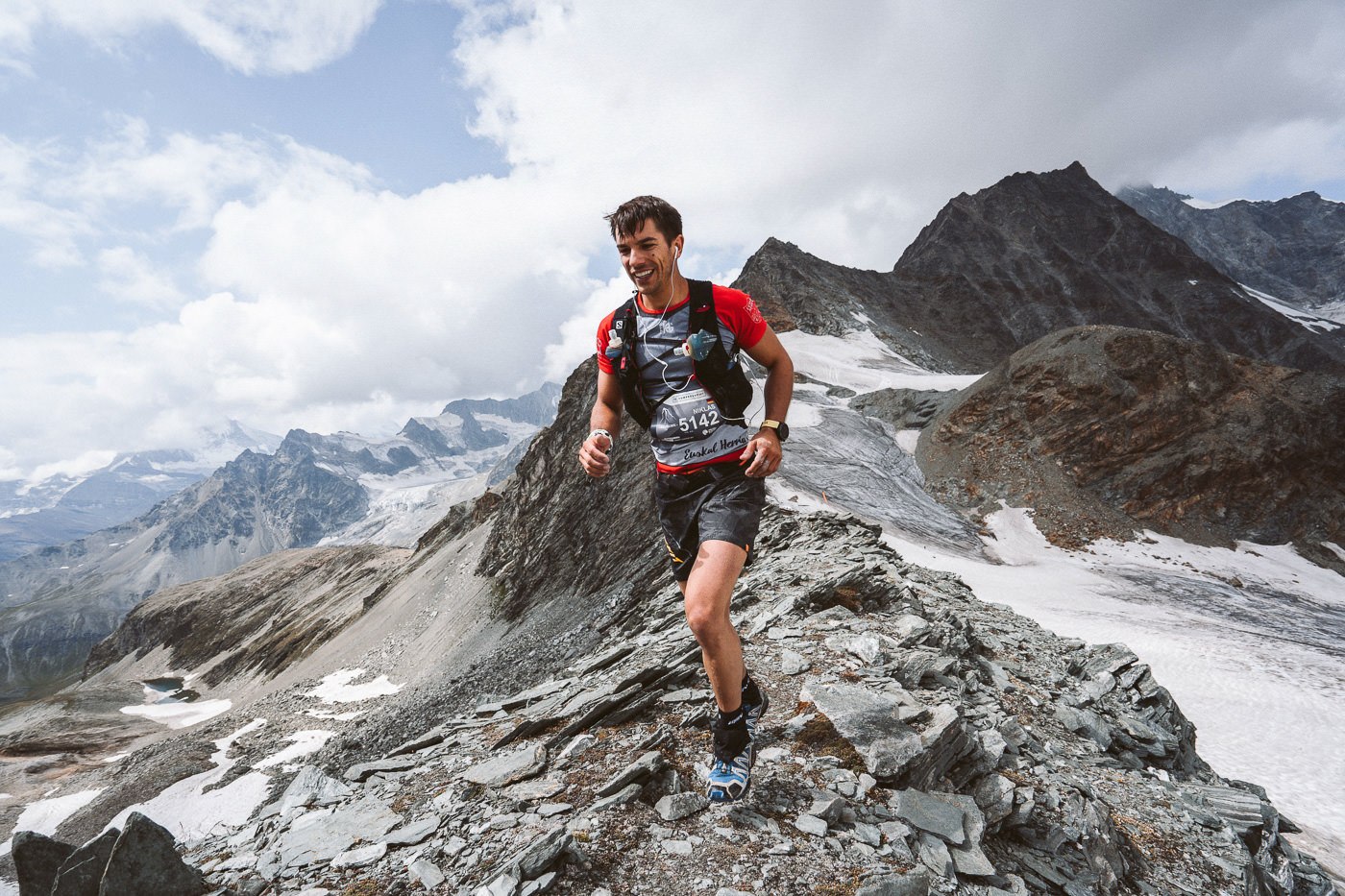