When most people arrive at a five-star hotel they check in, throw their bags down and head to the pool, bar or both. When I arrived at the Marriott in Kochi it was neither the pool nor the bar catching my eye. Before even checking in I asked the manager if he would take me up to the rooftop for the sunset.

After a few discussions with security he agreed to take me and Jorden to the roof with two awesome photographers Aghil and Gikku. We were accompanied by Abhishek the manager and a security guard. The Marriott is the tallest hotel in Kochi reaching 27 floors, although there are a few other taller office buildings in the city. 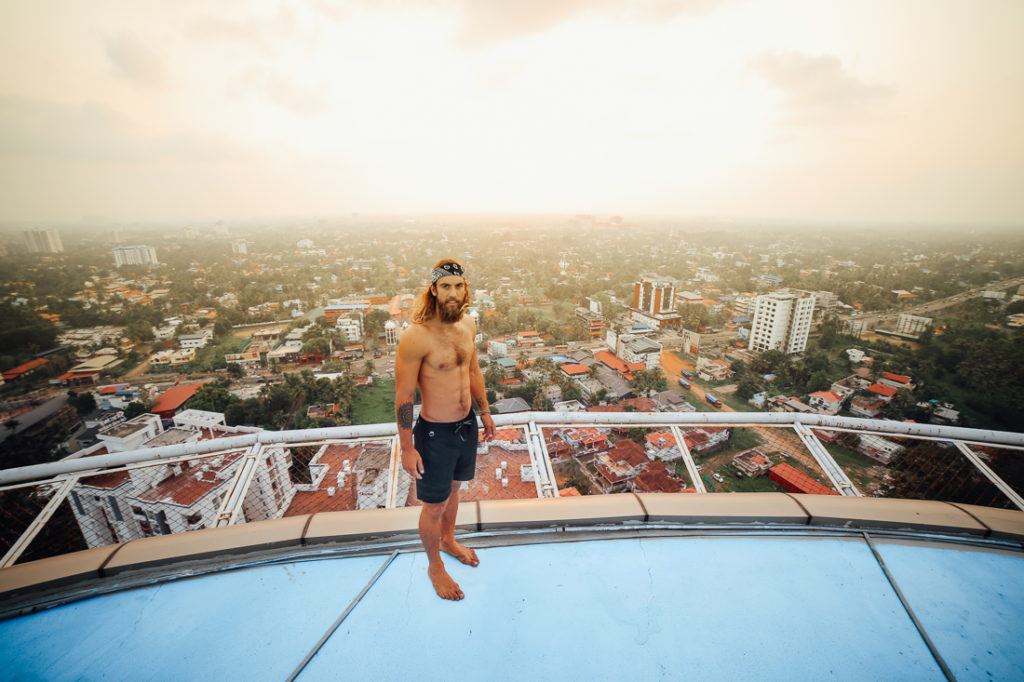 We wound our way up the stairs and when we reached the roof top I was hoping for some clear views. What we didn’t know was that on top of the Marriott is a helipad. We had a 360 degree view of Kochi and it was a great way to get a good scope of the surroundings. 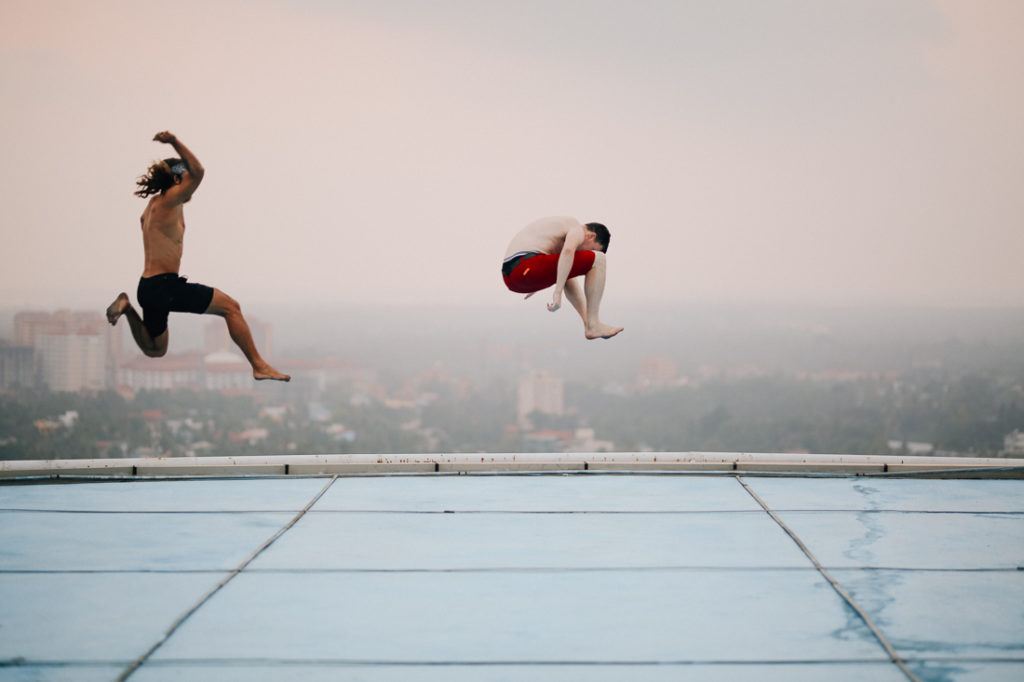 The sun was already starting to set. After taking in the view for a few minutes we messed around on the rooftop shooting some photos, video and a selfie with the manager. 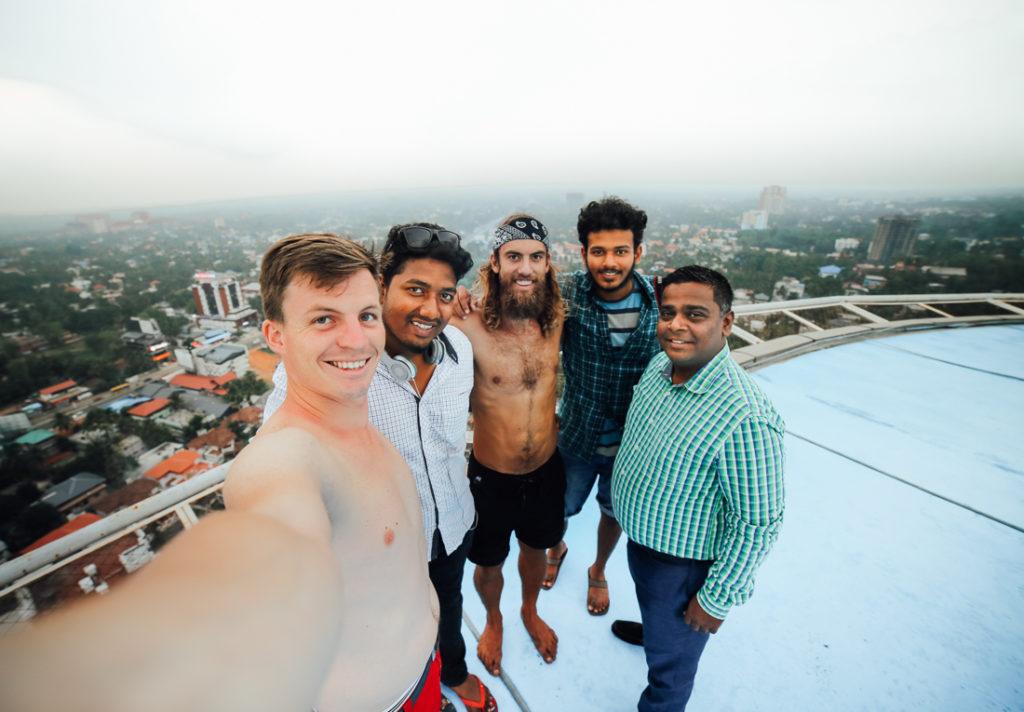