Langkawi was a little bit bizarre but a beautiful island. Now I am in Kuala Lumpur planning my next adventure to the Philippines.

Hey guys hope everyone had a great week!

I am currently writing this from my hotel room in Kuala Lumpur, Malaysia. This is the first time I have ever visited Malaysia and so far I have Kuala Lumpur is very organized and the central park is modern and a smaller version of Central Park in New York.

Last week I finished up my time in Koh Lanta, Thailand and headed to Langkawi, Malaysia. I had overstayed my 30-day Thai visa by a day and had to pay 500 baht! (Only $15 USD) Langkawi was relaxing but boy were there some bizarre moments. I ‘ll detail the two weirdest below. Just to clarify I’m a pretty go-with-the-flow traveler and these weird incidents didn’t upset me but we just found them unbelievable.

No ATM’s .On our first morning we asked the concierge where the nearest ATM was. It came as a huge shock to us when without blinking she said we should go back to the airport as that was the nearest ATM. A 30 minute cab ride would be the nearest ATM?? After questioning her a little more we discovered there MIGHT be an ATM in a shopping mall 15 minutes away. The strange part about all of this is that the infrastructure was much more developed than all the islands and towns I had been to previously.

No-one had any change. Normally if you buy something for $3 and you hand over a $100 bill you can expect a bit of a grunt as the shop owner hands you $97 of change. But in Langkawi we found that if we didn’t have the exact amount we could expect to be denied the purchase at certain locations. I tried to pay for a two day moped rental at our hotel concierge which was 80MYR. I handed over a 100MYR note and the lady shook her head and looked less than pleased at the note. We had to go and walk down the street to change the money. This was a 4 star hotel nonetheless.

Aside from this little oddities we really enjoyed Langkawi. The highlight were the night markets. Each night the night markets are in a different neighborhood and it is pretty authentic with all local traders setting up in a park on the side of the road. The vendors are cooking most of their dishes or snacks right before your eyes. Lots of smiling people at the markets and equally as many hard working vendors trying to make the most of their weekly market opportunity. The sunsets at our hotel beach weren’t too bad either. 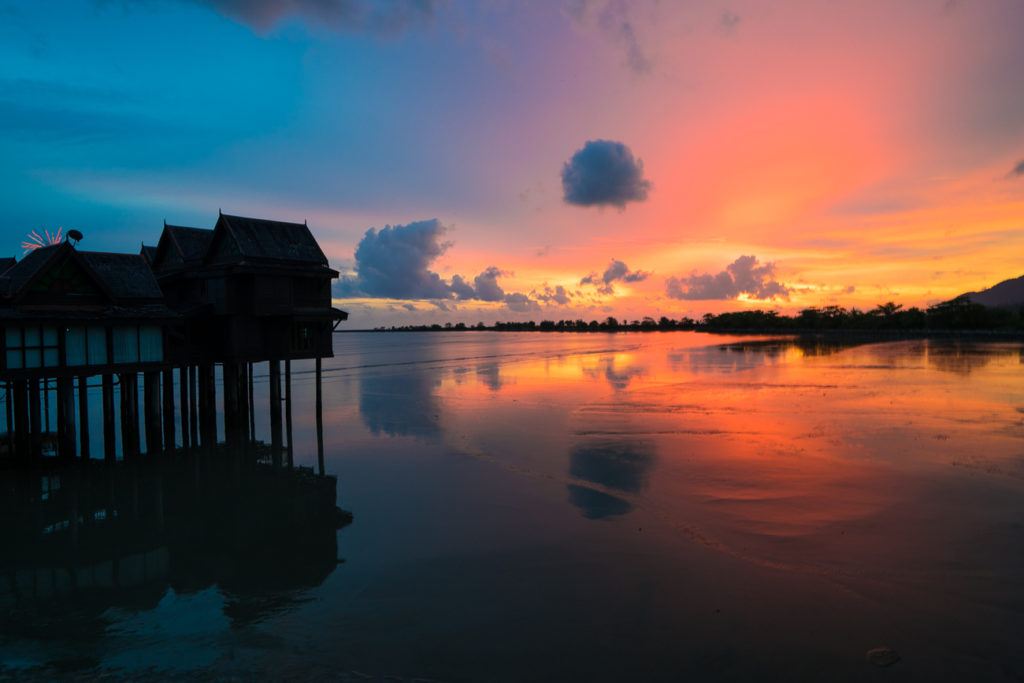 We also took a trip on the cable-car that ferries passengers to the top of the Geo-Park a Unesco listed site. At the top there is an impressive suspension bridge with great views. Unfortunately the fog stopped us from seeing pretty much anything but we did get some glimpses of the beach from the top of the mountain. As always in southeast Asia, where there are tourists there are monkeys looking for food so that kept us entertained while we waited for the fog to clear – although it never did. 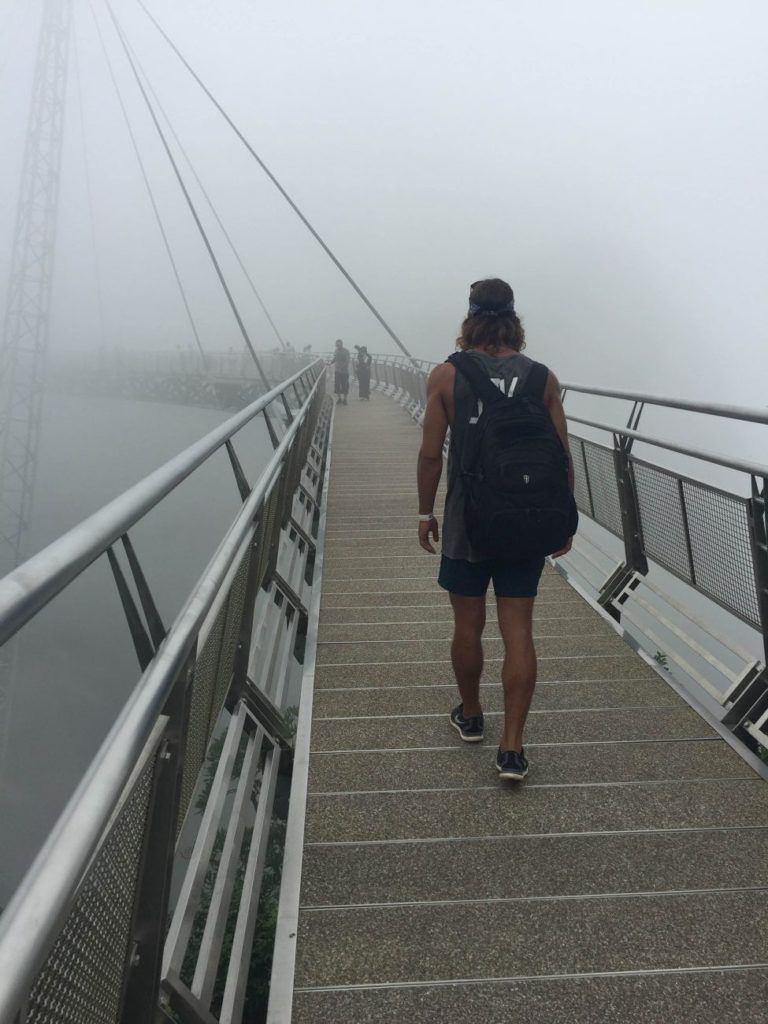 After Langkawi it was time for my mum to end her visit and head back home to Adelaide, Australia. I headed to Kuala Lumpur and have spent the last few days hammering my laptop and crushing out some new articles, editing photos and organizing lots of other fun stuff.

I am now waiting for my friend Jorden Tually, who is from Newcastle Australia to arrive in Kuala Lumpur. I originally met Jorden on Oahu. He is a crazy guy who infects everyone with his positive vibes and after we had a blast hanging out on Oahu many months ago we decided to have another adventure. We will relax for a few days in Kuala Lumpur before beginning our new adventure in the Philippines. If you want to see who I’m going to be traveling with for the next month or so, here is the video Jorden made of his trip to Oahu. I make a few small cameos!

No ATM and no change! I'm so glad you shared these information, Jackson. Thank you. I'm traveling to Langkawi next weekend and now I know to carry money (smaller bills, of course).