La Artilleria hike is a beautiful trail up to one of the most epic viewpoints in all of Boquete. However, it is a strange one. The hike is suggested as a hiking trail on a poster in my hostel but apparently on private property, of which the owner wants no hikers coming onto. We were rejected by the owner of the property but managed to wrangle our way to the top of the viewpoint. My philosophy is always if you are doing anyone or anything harm, there should be no harm in it. If I have to bend the rules a little as long as no-one is negatively impacted in the process. Having said that, you can decide where your morals lay with trespassing!

HOW TO GET TO LA ARTILLERIA HIKE

La Artilleria hike is not common at all. In fact, the lady at the front desk of the hostel told me I couldn’t do it without a guide. However, she was helpful and pointed out on the map where it was. That was all I needed and did the rest with some research and Google Earth. A lot of these hikes I review and share with you guys are not documented at all, not even the trailhead. I will often ask a local how to get to a hike and they will say they’ve never heard of it. It takes a bit of persistence and then some exploration to find and stay on the trail. La Artilleria was no different.

Luckily our taxi-drive, Gonzalo, had heard of the trail and took us to the trail-head. He didn’t tell us much else. He just said it’s not hard to find the way.  The trail-head is just past the turnoff for La Piedra De La India Vieja, another lesser known trail of Boquete.

Below is an image of where the trailhead is. As you can see it is the entrance to someone’s property although you only ever use the driveway you don’t have to go onto the actual land of their house. Like I said, it is trespassing. 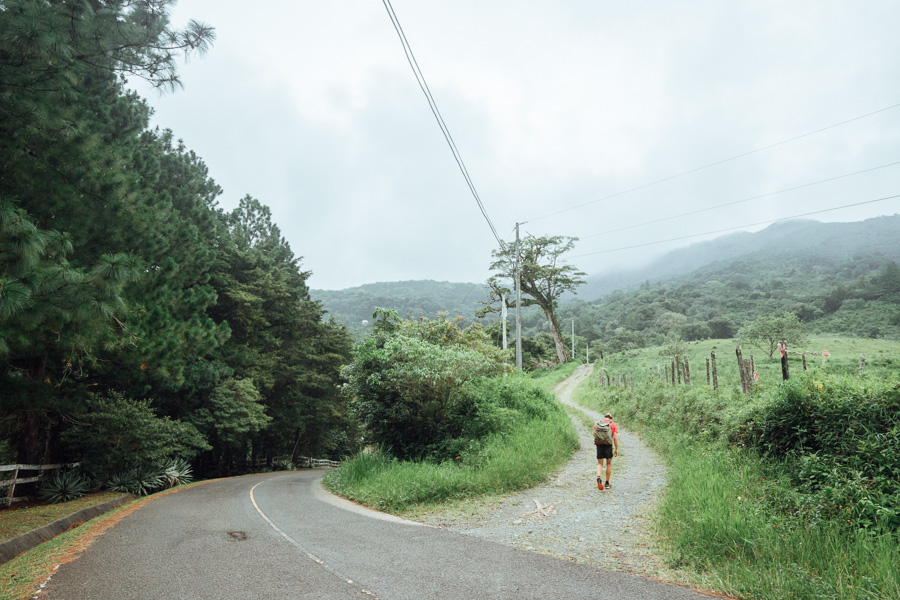 We caught a taxi from town for $7 without haggling. I’m sure you can get lower but that’s up to you. It is a decent little drive up the hills for more than 20 minutes so it’s a bit further than the drop-off to Bajo Mono. Because the trailhead is kind of in the middle of nowhere we asked Gonzalo to come to pick us up 3.5 hours later. This was about the perfect time in my opinion. It ended up taking us just under 1.5 hours to reach the top ( got lost staying on the trail) and we came back down in 45 minutes. This gave us just under an hour to enjoy the views from the top.

As we made our way up the driveway, all of a sudden a man came running towards us. He was quite friendly and shook our hands but that is where the greeting finished. I believe he was indigenous as he couldn’t speak English and hardly understood much Spanish at all. He spoke in a language that I couldn’t make out. After about 5 minutes and a few phone calls by the man, we had gathered that he didn’t want us on the private property. I wanted to speak to the person on the phone who could speak Spanish just to ask them when it would be open if it all. He didn’t let me.

We turned around out the driveway and he went with us. At first, we thought he was escorting us out but then he just walked off. Out the driveway and up the hill. Josh and I looked at each other and decided it was worth a shot to just head on up the hike hoping the man wouldn’t return.

We quickly scurried up the trail and had to pass through a gate but didn’t need to jump it. We made our way up the very steep driveway towards the house. There were two men but I’m not sure they saw us and we continued on up the trail. 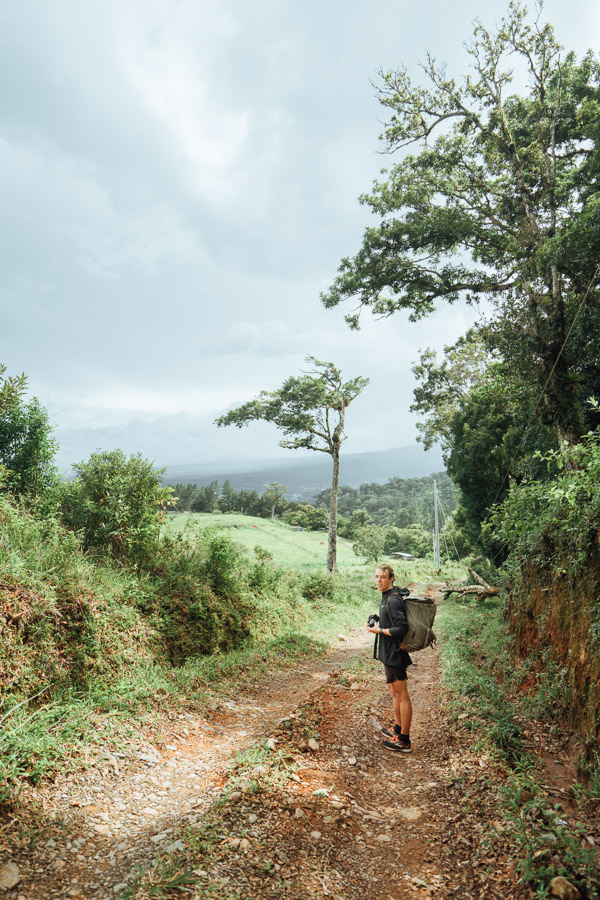 The problem from this point on is that we had no map, no idea where the trail went and we just had to make a decision at several different junctions. I ended up finding on Google Earth, what I thought were the big rocks of the viewpoint. So we tried to head towards that direction. The first main junction we came to was the one pictured below. I suggest screenshotting this or taking a mental note of this junction. If you go right you will follow a trail the entire way and the hike will be relatively easy. I hope you enjoy that. We went left. It was a flip of the coin decision and we got it wrong. 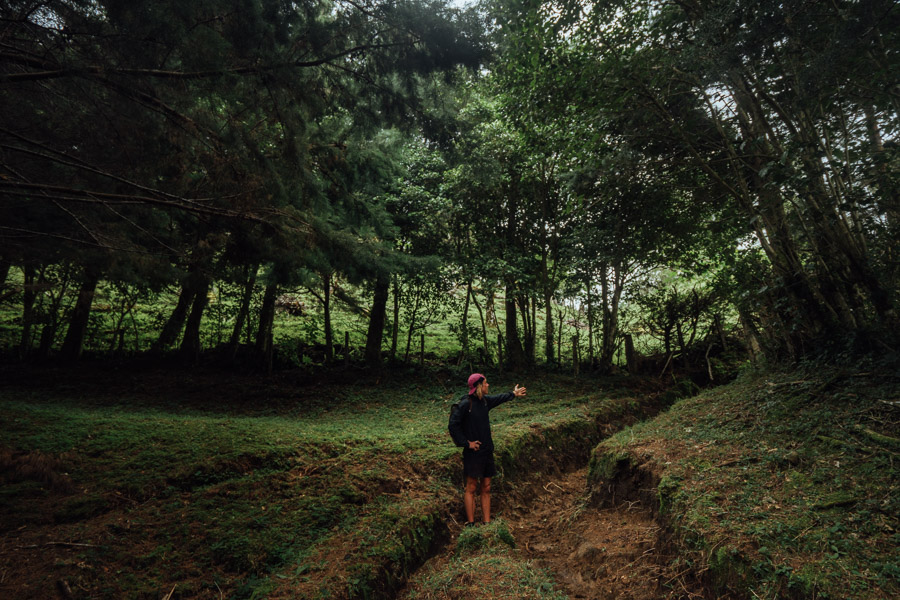 We ended up following a trail for about ten minutes until it got so thick we decided it wasn’t the best idea to continue. We backtracked and then jumped a fence and continued up the hill eventually joining back up with the trail we would have been on had we turned right. If you do make the same mistake us just follow the fence pictured below back to the main trail. 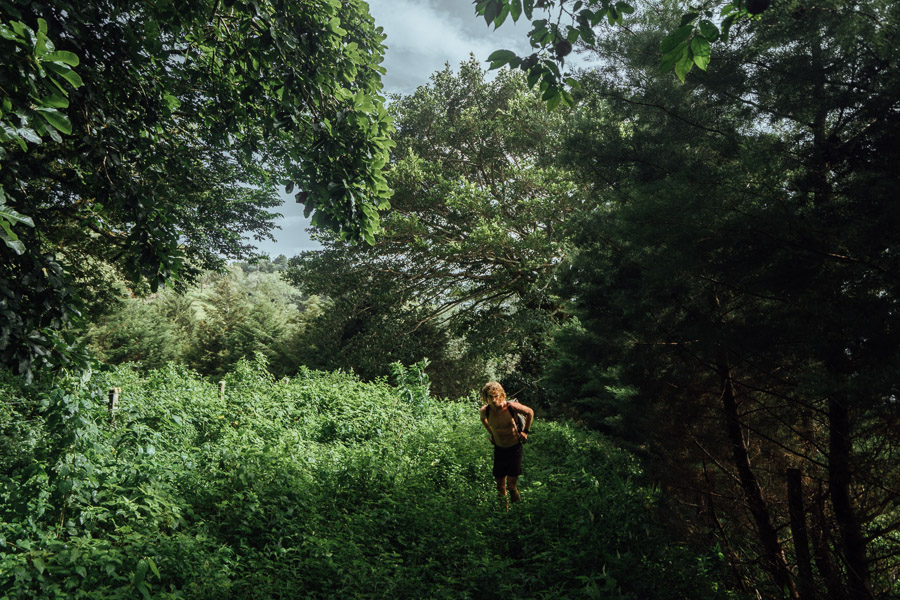 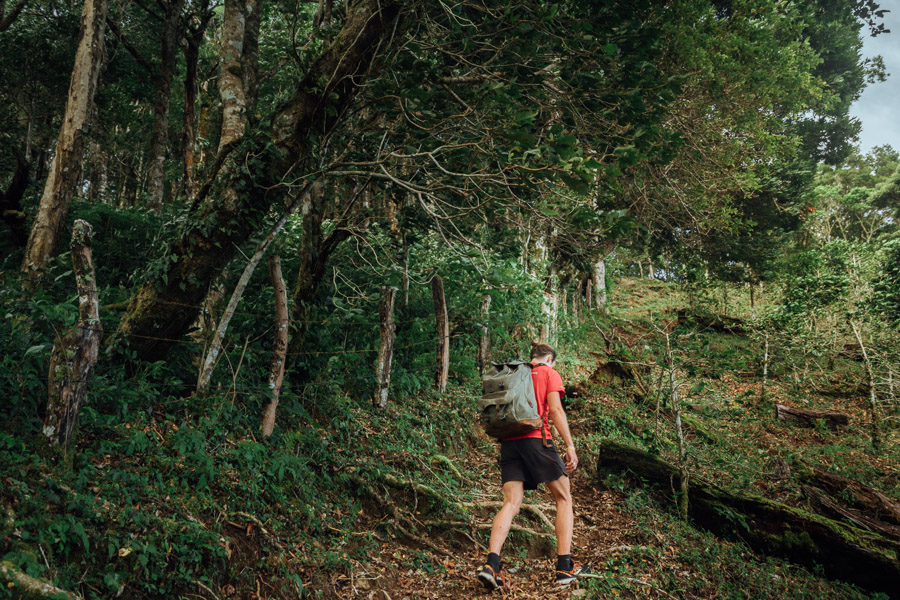 We were stoked to be back on some kind of trail and felt determined to find our way to the top. At this stage, we were fine and headed in the right direction but we didn’t know that. The path began to look amazing with vines growing on the trees and plants spread on either side of the trail. 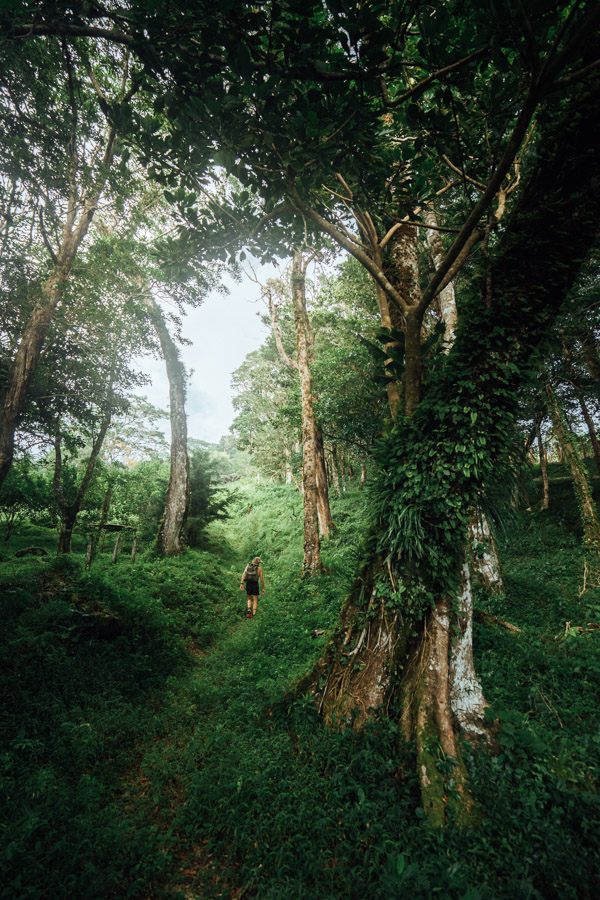 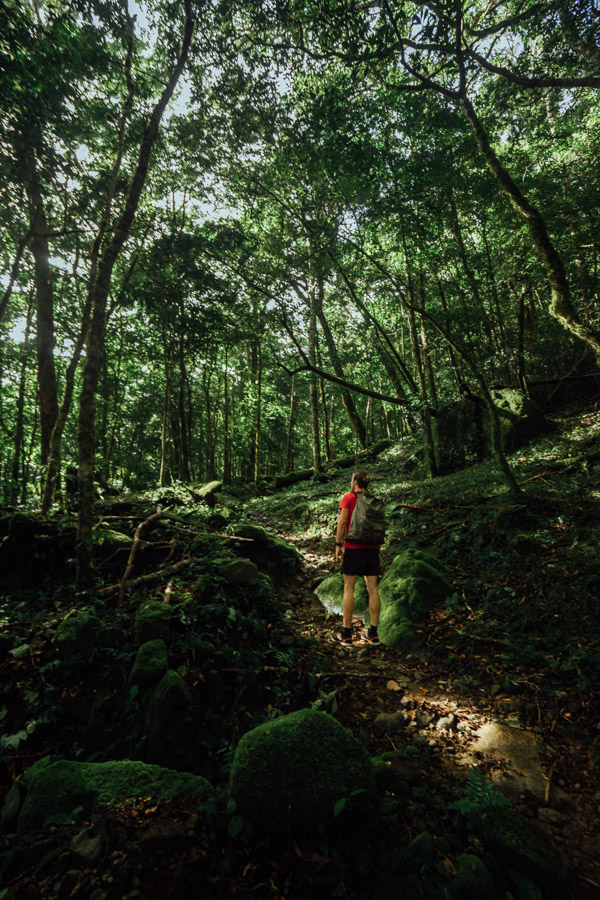 We continued in the direction we thought was leading us to the rock viewpoint but it wasn’t until the trail opened up next to a field of cows that we knew we were on the right track. Here the trail looks right up towards the rocks. It is a little intimidating because you can see exactly how far you have left. It may look like a long way up but you only have 10-15 minutes left till you reach the top from this point. We were stoked we had made it and were on the right track. In the picture below you can see the rocks right at the top of that mountain, which is where you are heading. 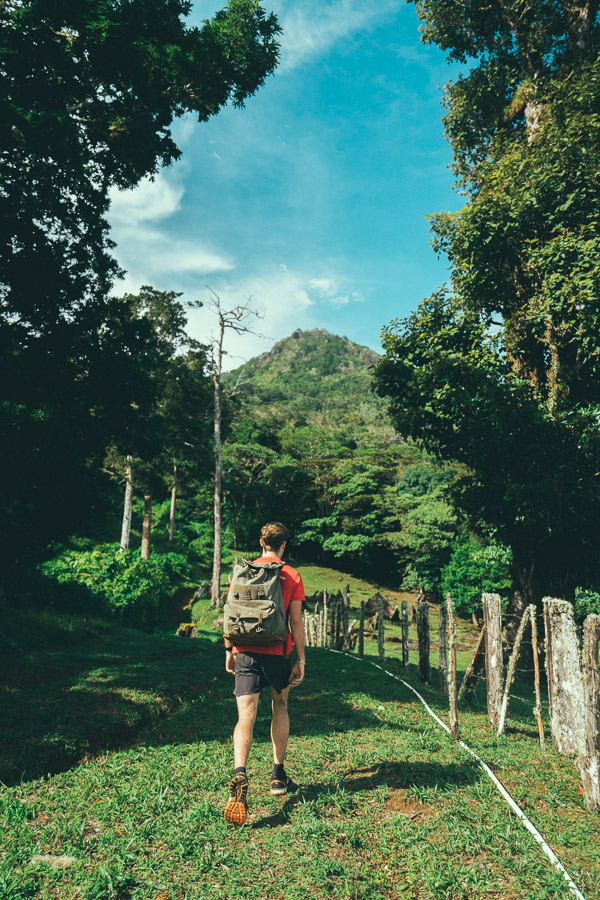 The path headed deep into the jungle for the next ten minutes and then finally spat us out at a gate that said no trespassing in Spanish. We had come this far and it was literally an empty grass field. We didn’t even bother to discuss going on or not and up we went to the viewpoint. Remember this hike is listed as one of the seven official hikes of Boquete. I didn’t set out at the start of the day to trespass but it really is just a normal hike and you never go near anyone’s house or mess with their areas. 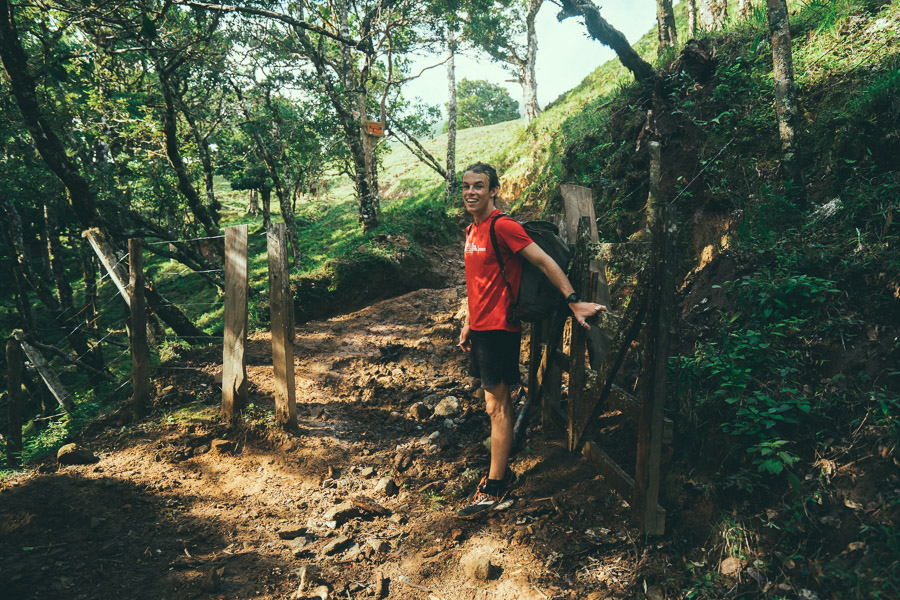 It was five more minutes from this gate and we made it to the top of La Artilleria hike. We scrambled up the rocks and watched the clouds part to show us an amazing view of Boquete! It was definitely the best view we had during our hiking in Boquete and something I will never forget. In the opposite direction, we had rolling mountains with several layers and even a rainbow appeared. It was a day where everything seemed to turn out perfectly! 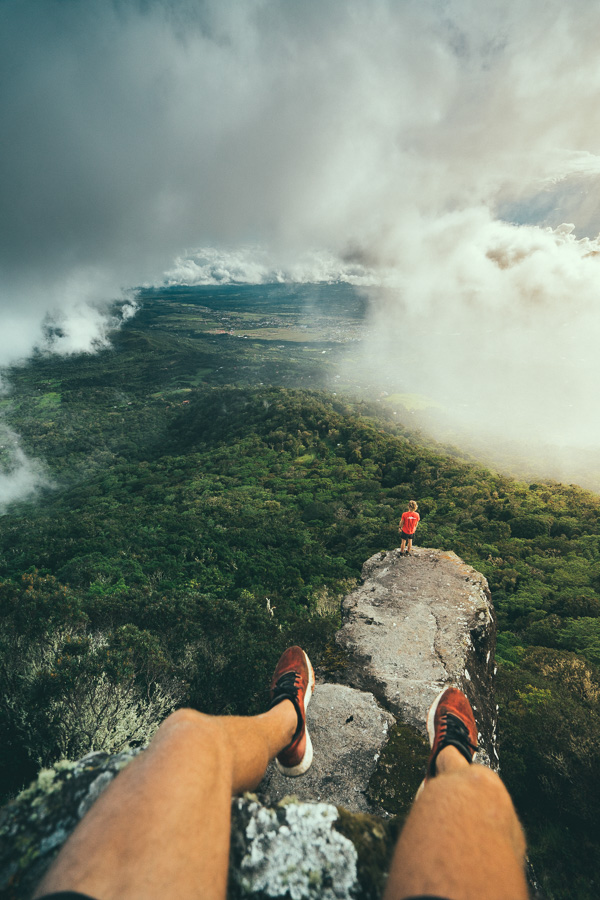 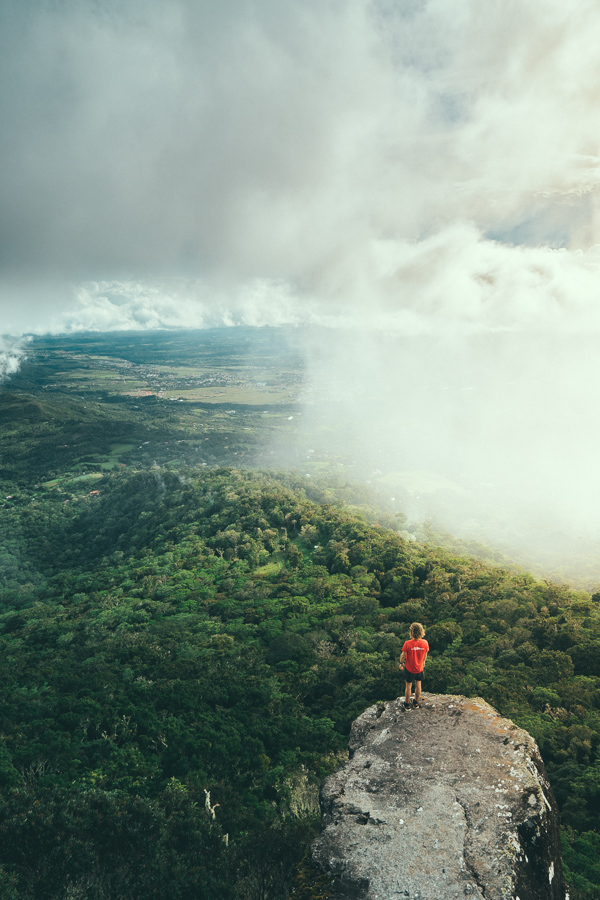 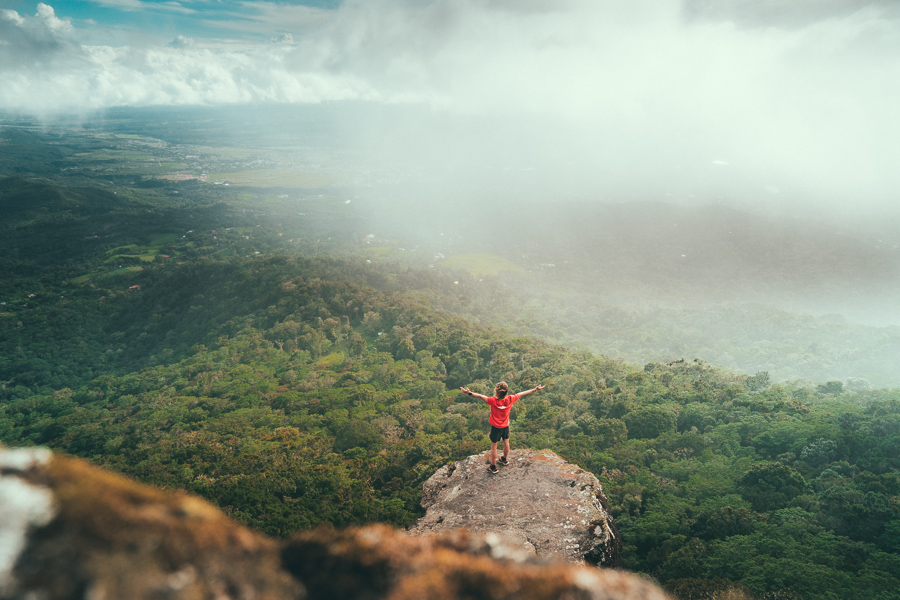 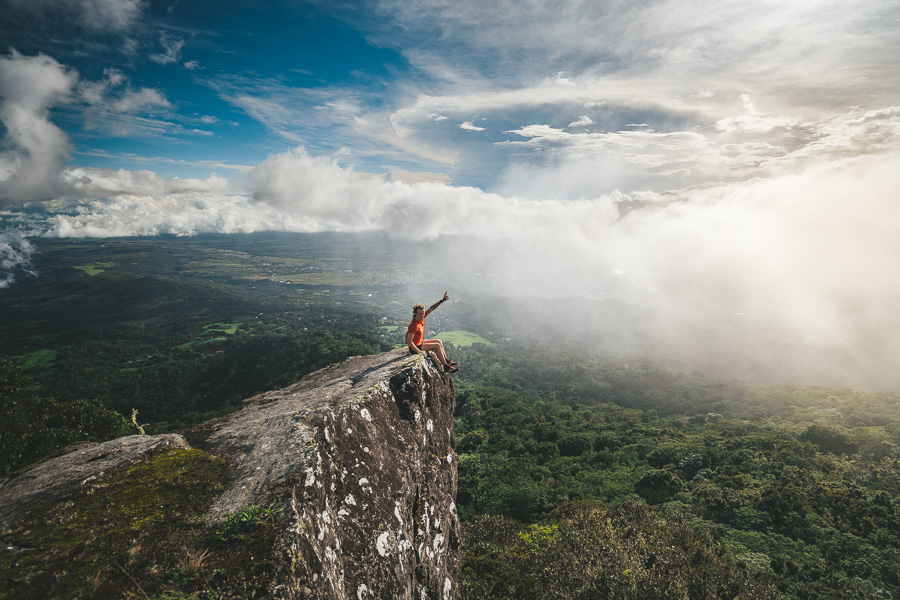 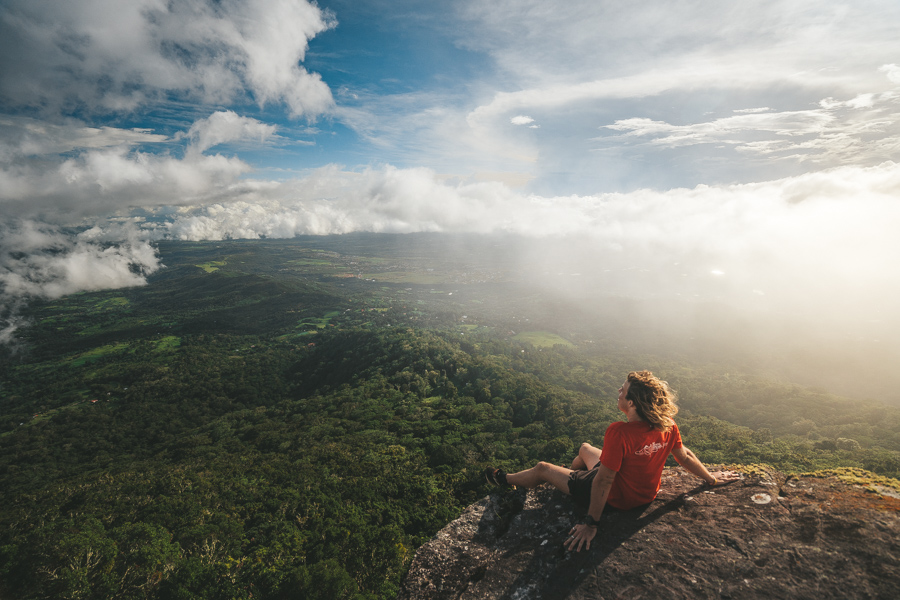 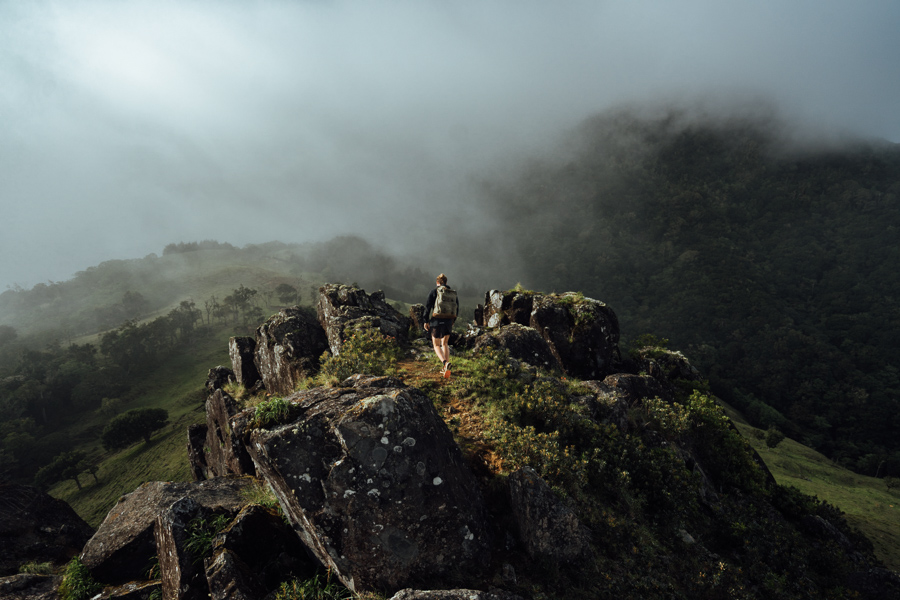 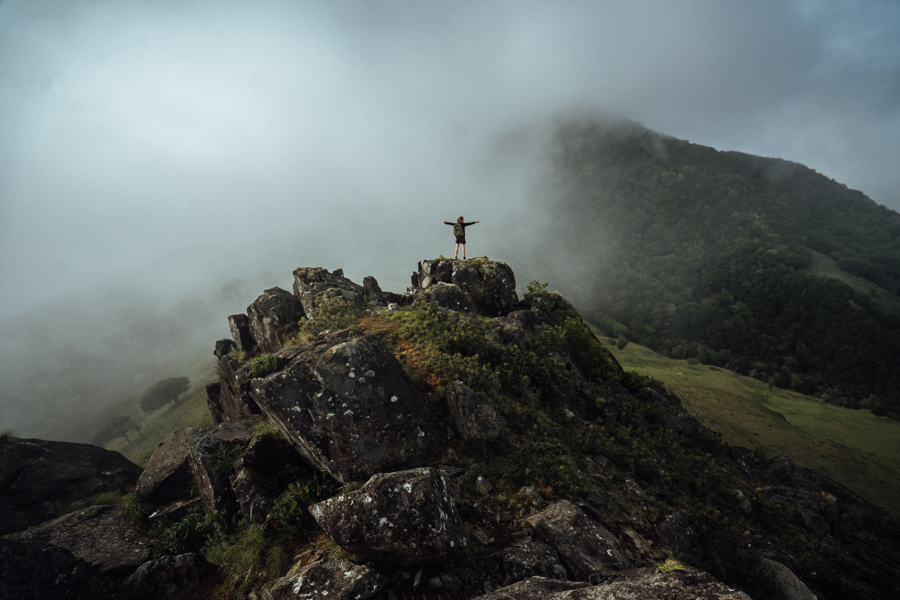 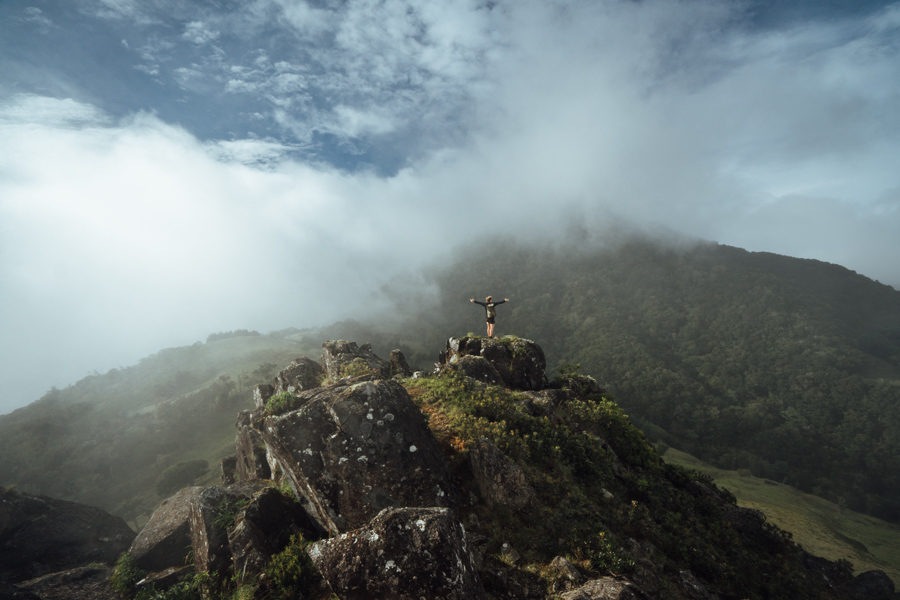 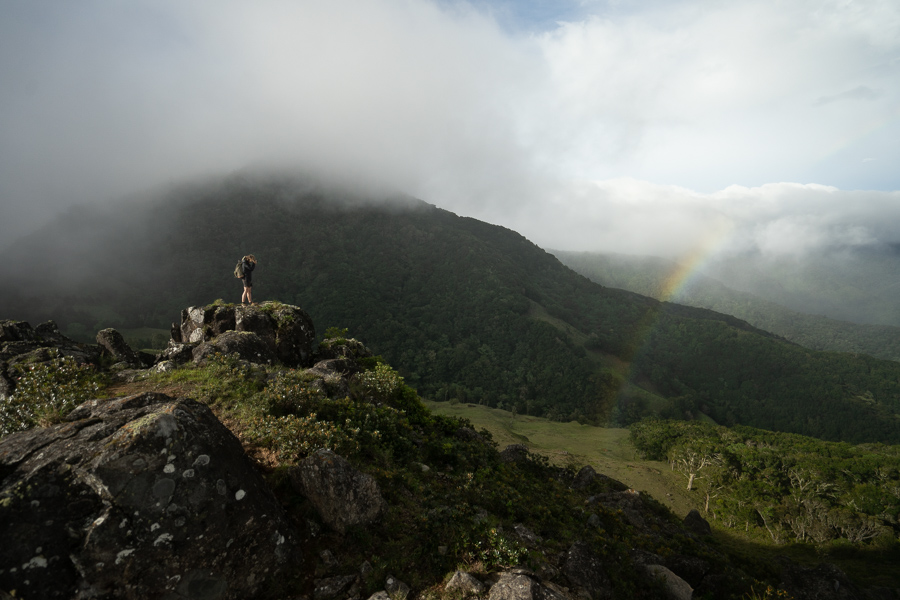 We stayed up at the top for just under an hour before heading back down in 40 minutes. The man who had spoken to us at the start of the hike was in the house on our way down and came out to the balcony on his phone. He didn’t come to speak to us and we just continued on our way down. Gonzalo arrived just as we reached the front gate and we caught our taxi home for $7 to end a great day in Boquete!

Thank you so much Jackson for this post, i did the hike today and it was really nice especially having the pictures and directions Couldn't have done it without this Cheers!

Hey Jackson! Big fan! Can you update the map to the starting location for this hike? I'm currently in Boquete and hoping to hit this peak in the next coupe hours. Thanks!

Same here :) the map is not working so an update of the trailhead location would be amazing. Coordinates would also be a good alternative if there are problems with the website plugin for Google maps. Cheers