Isla Farallon is a unique island off the coast off Farallon on the southern coast of Panama, only a couple of hours drive from Panama City. We ventured down on three buses from Valle de Anton in about an hour and enjoyed a day of soaking up the sun, exploring Isla Farallon and beach volleyball on Farallon Beach. This is a family-friendly beach with nothing but chill vibes, sun, and salt!

WHERE IS ISLA FARALLON

Isla Farallon is a tiny island, home to pelicans and other seabirds. It is just off the southern coast of Panama and only a few hours drive from the big smoke, Panama City. Farallon Beach is an attraction in itself with many local weekenders and families enjoying the beautiful sand and warm water of the region.

HOW TO GET TO ISLA FARALLON

There are lots of tours available for pre-booking but it isn’t necessary and you can support the locals of the area directly by turning up to Farallon beach and asking for a tour. We had lunch and the lovely lady serving us heard we wanted to go to Isla Farallon. For $5 per person, she organized us a boat with several teenage boys as crew members.

The journey to Isla Farallon took only about 15 minutes. Once we arrived we did a slow lap around the entire island. Several other boats also did the same throughout the time we were at the island. However, we were the only boat that actually stopped and went onto the island.

This is a little tricky but nothing too crazy. The boat needs to get close enough to the rocks, where we then climbed up onto the island. From there we hiked for a few minutes to the top of the island where there is a giant cross. 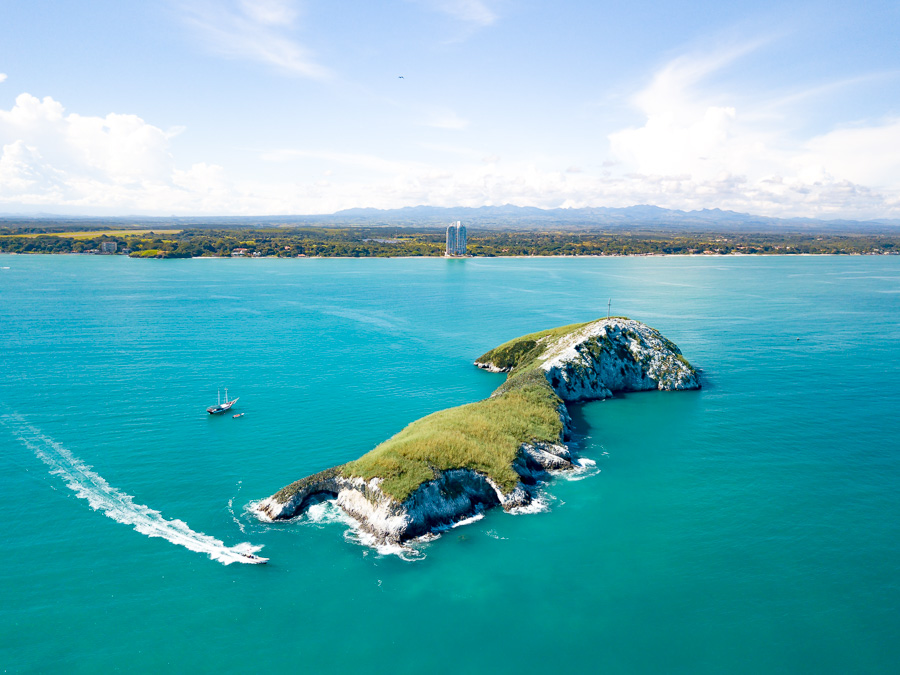 With waves crashing into shore, we quickly bundled into the boat and headed off past the small but strong shore-break. We didn’t quite know much about Isla Farallon or what the tour would entail but at the very least we expected to do a lap around the island. What we were in store for was much more!

As our boat cruised up the island after less than ten minutes, we noticed the hundreds of pelicans and sea-birds circling the island. They use the island to nest, rest and also hunt for fish nearby. Cactus and long grass cover most of the island although some of the exposed white stone looks more like it belongs on the coast of Europe than in Panama. 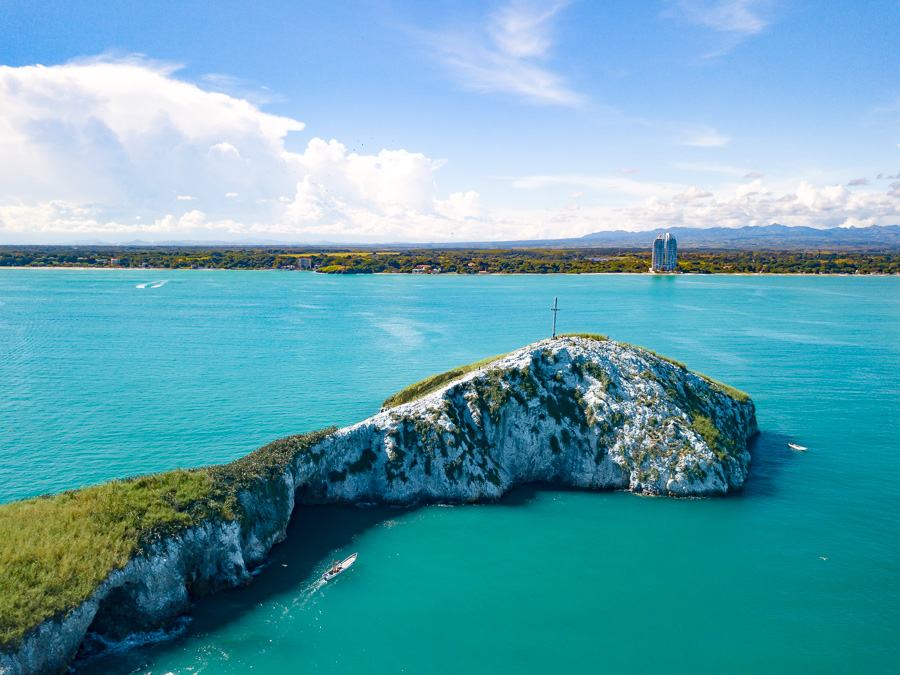 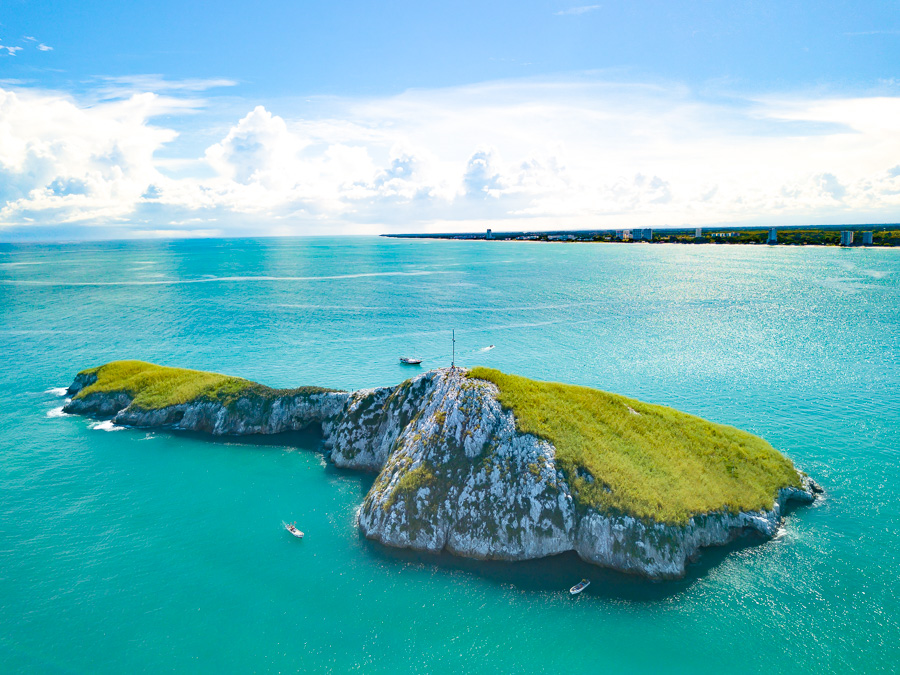 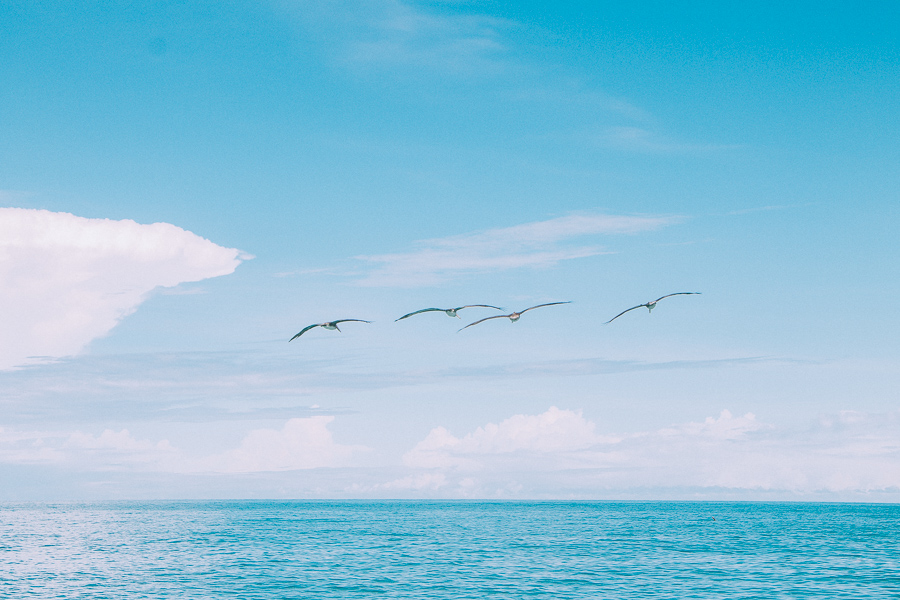 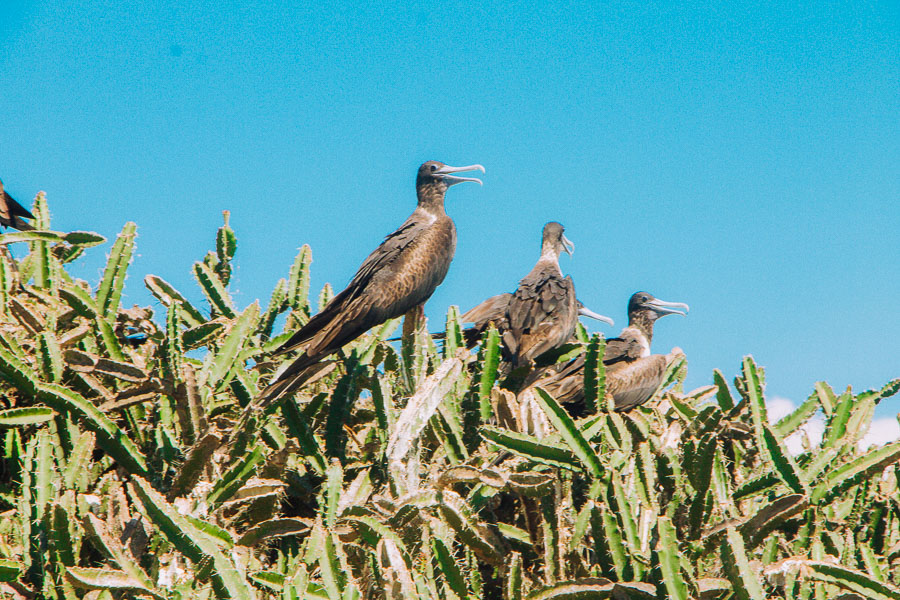 We began our lap around the island and were fascinated by the caves spread throughout the coast. There was even one cave that you could free-dive through from one side of the island to the other. It was in one of the narrow sections but it would still be incredibly scary and I don’t suggest trying to anyone without a guide! 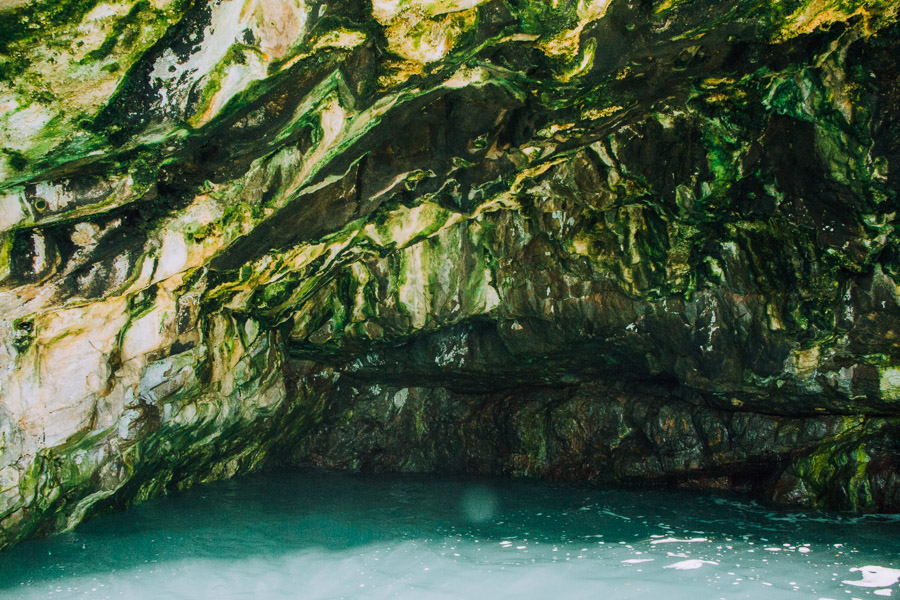 We asked the crew if we could head onto the island and they happily took us to an easy spot to hit the land. Our boat pulled up right next to the rocks and we passed our bags over carefully before heading up the hill. Long grass and cactus made the short walk a little tricky but it was literally a two-minute walk to the top of the island to find the cross, which you can climb by the way. 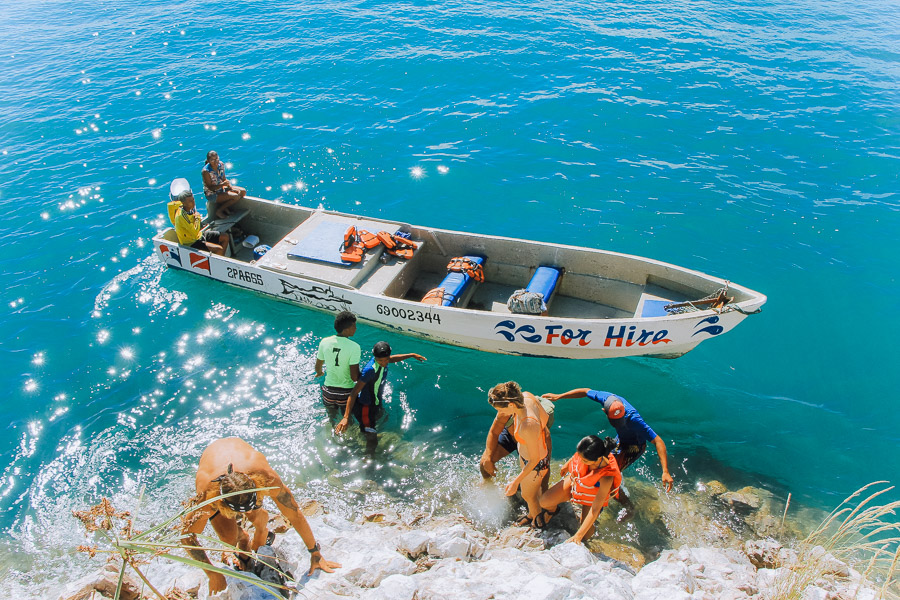 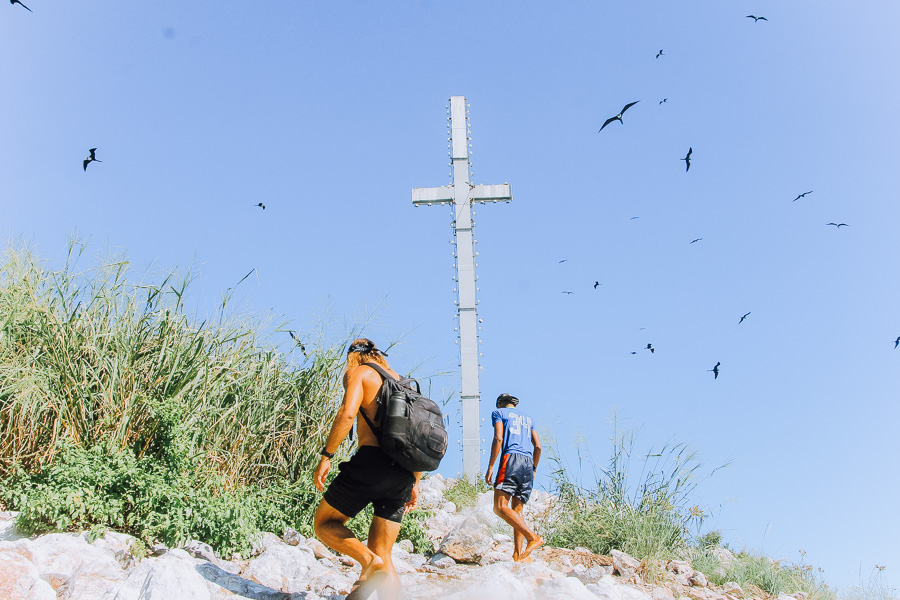 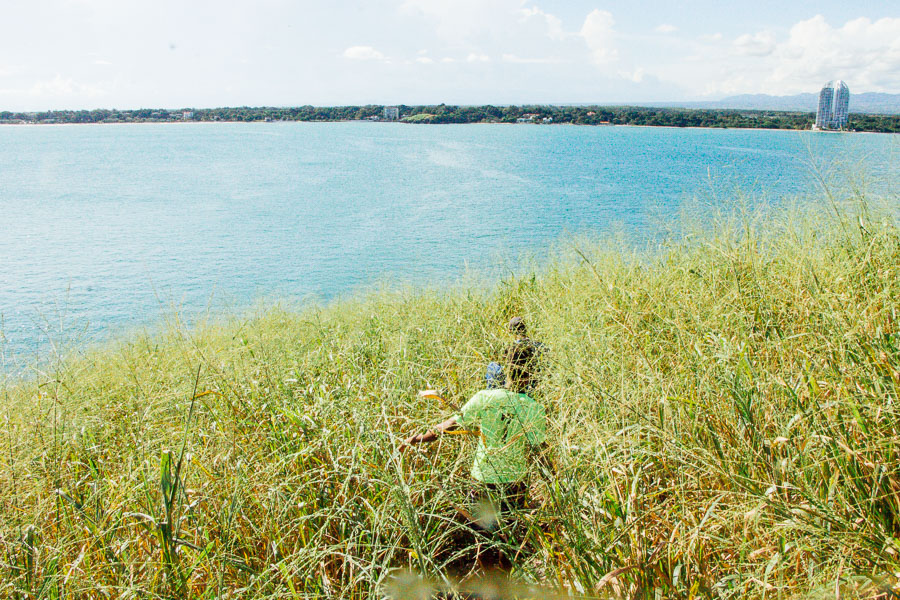 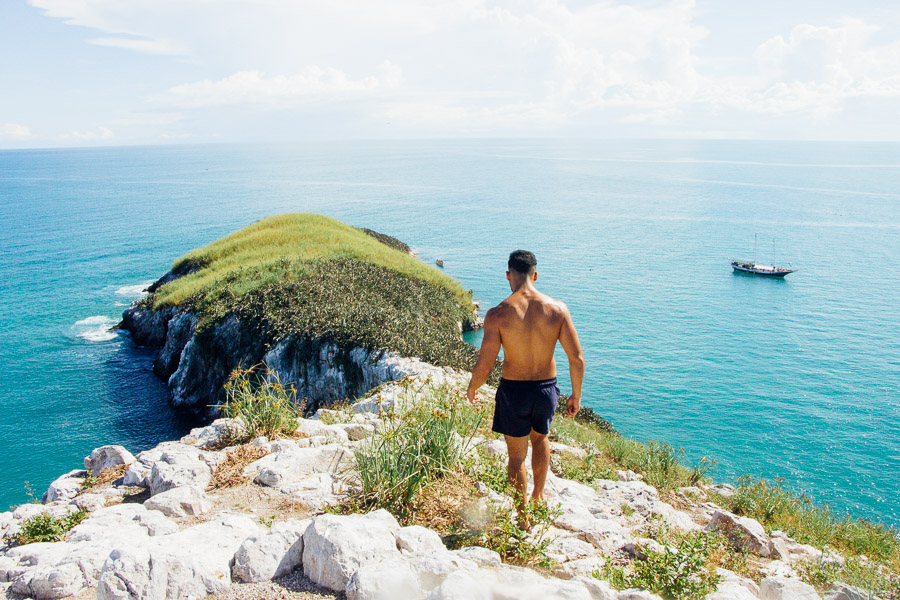 Here we hung out, took photos and really let the experience sink in. The crew let us chill here for almost an hour, which was nice of them not to rush us. Lots of other boats buzzed about but none of them joined us on the island. Even a few jetskis came to inspect the island, which I guess is another option for you if you want to rent one and visit from Farallon Beach via jet ski. 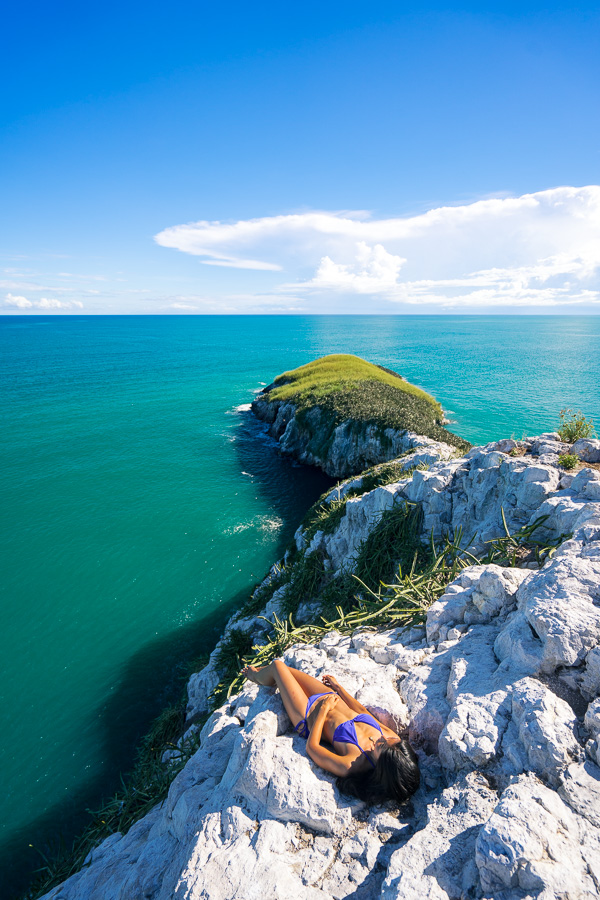 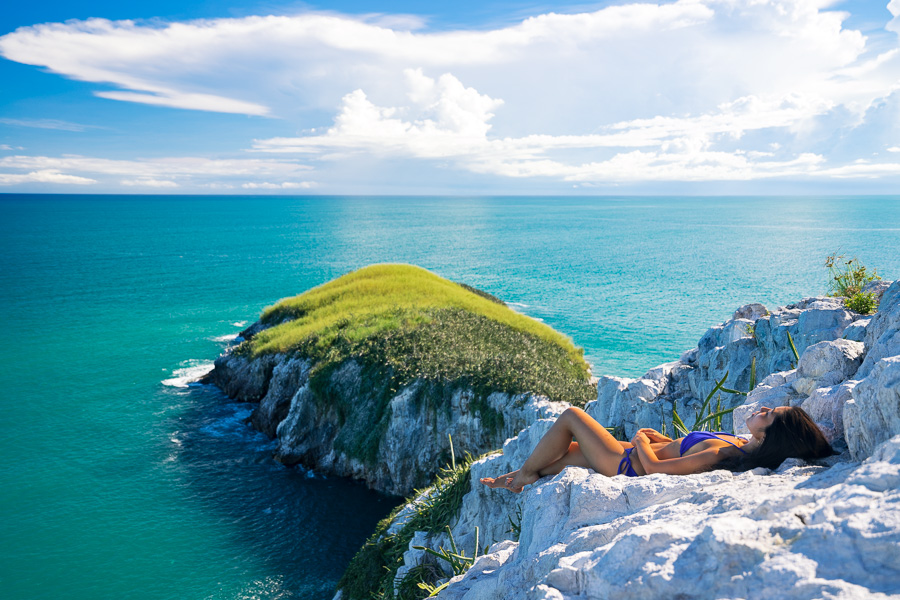 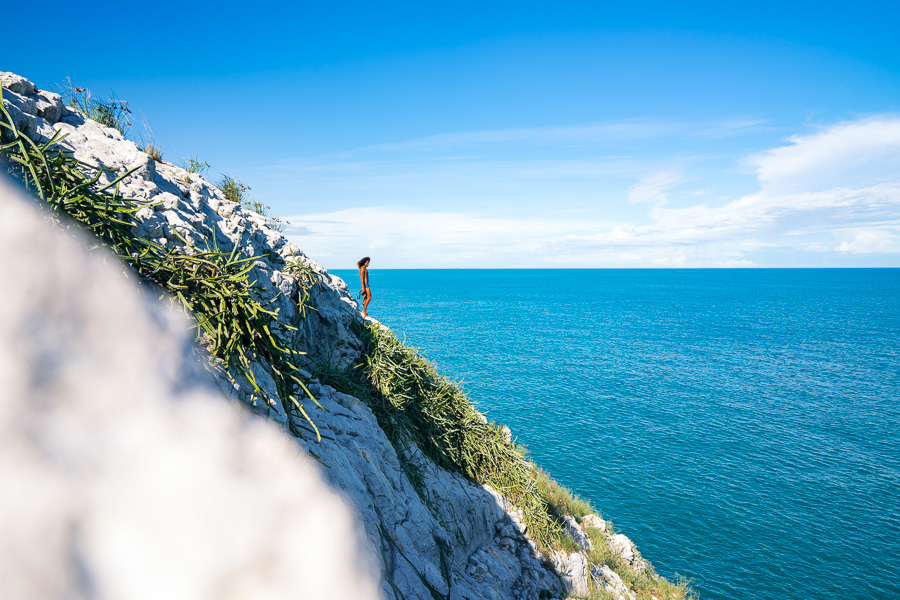 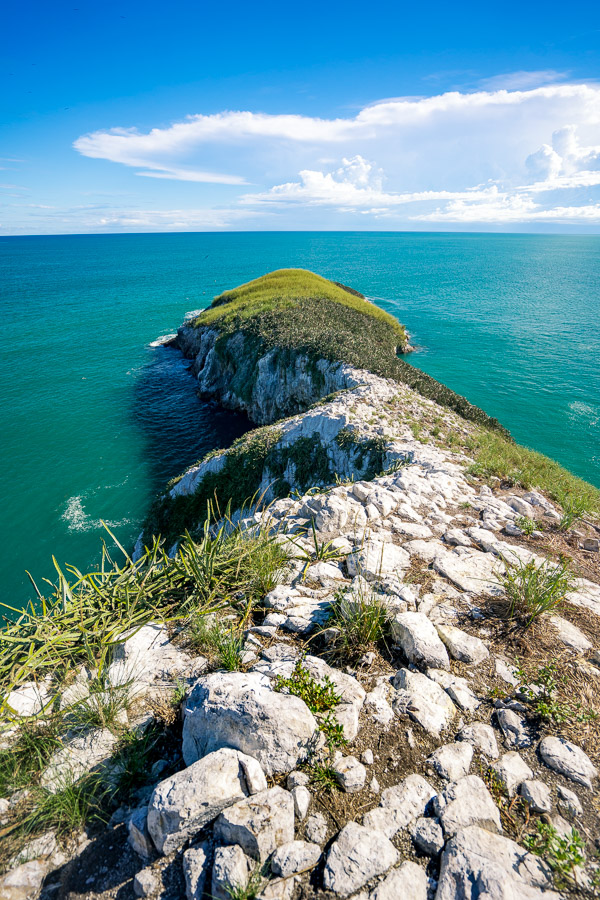 After exploring Isla Farallon, we headed back to the beach to hang out and soak up the sun. The beach is a long stretch with some sections boasting beautiful white sand while others have a black appearance. We immediately were invited by some locals to join a beach volleyball game, which we played for over an hour. 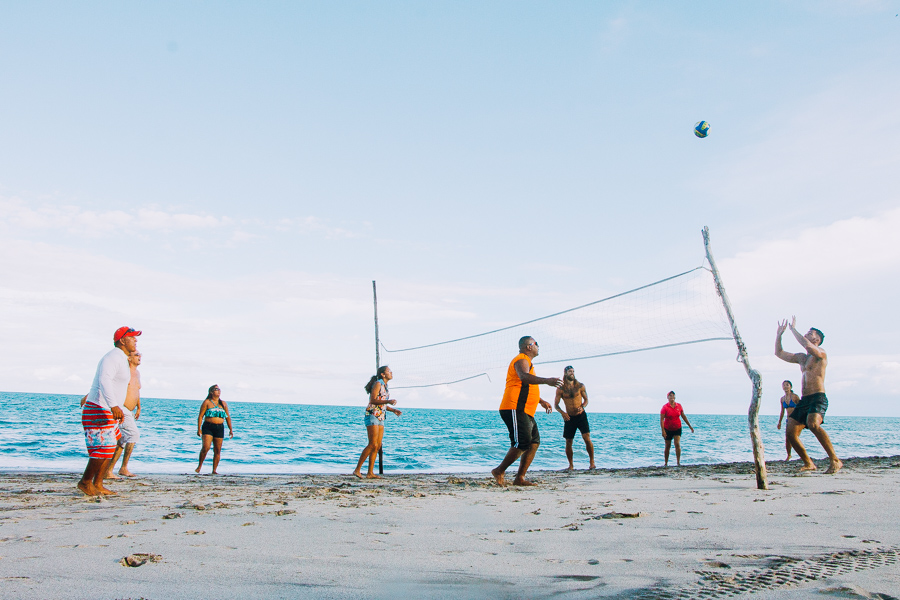 Farallon beach has small waves with a strong current, which makes them great for playing in but they can be dangerous for small children to be vigilant in the waves with kids.

Small huts or Cabanas can be rented for shade along the beach with informal drink stands, cafes and restaurants spread throughout the coast. There are many hotels and resorts in the area too but I would probably suggest Farallon just for a day trip as it seemed that the beach and Isla Farallon was the only attractions. However, I am sure with some digging you might for more things to do in the region. Personally, I suggest staying in Valle de Anton, where you have the mountains and hikes and came easily make the day trip as we did. 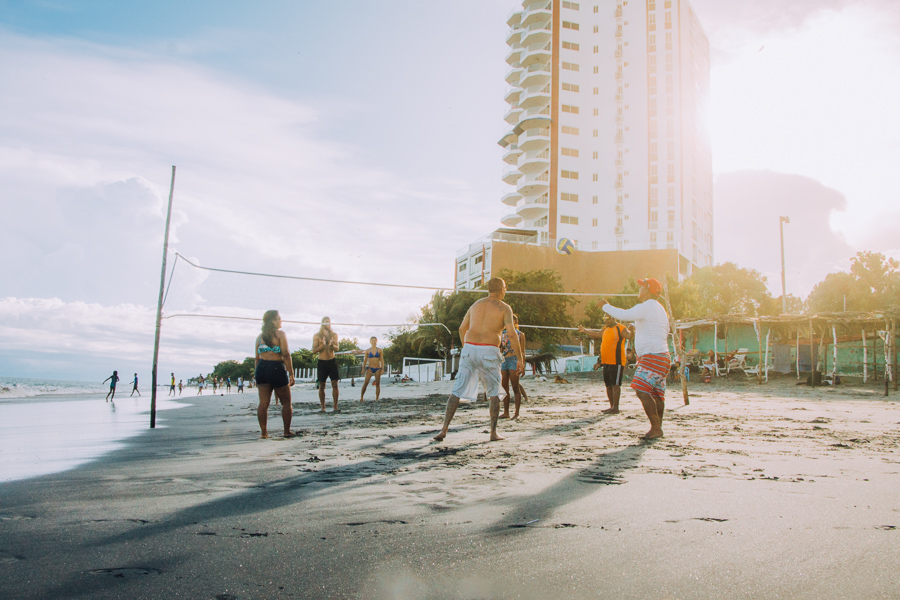 Great deacription. Im panamanian and my husband is from Cocle province so Im very exciting im visiting this little island anytime. THANKS for the tips.