In the mountains towering over the towns surrounding Lake Atitlan, is one of the most epic sunrise viewpoints in Guatemala. The beauty of the Indian Nose hike for those who aren’t in it for the long haul is that the trek up is less than 30 minutes. At the summit, you will have views over San Pedro, San Clara, San Pablo, Lake Atitlan, and San Pedro Volcano as the sun rises.

You can book a tour with a local operator from San Marcos for or you can or you attempt it on your own. Probably the easiest way is to book a tour online beforehand. The top-rated tour arranges to pick up from your hotel before sunrise and in time to make sure you can hike to the viewpoint to watch the sunrise from the top. It also includes a visit to a Mayan village on the way down to experience some local culture.

You can book the tour in advance:  Indian Nose Hike Sunrise Tour

In the early hours of the morning, I didn’t want to take the chance of getting lost and missing the sunrise with my one and only chance to attempt the Indian Nose hike. Also, I don’t think it would be easy to get a tuk-tuk at four in the morning so I organized a tour.

So, my tour guide picked up my new friend from Germany, Steffi, who I met at the Circle Cafe hostel I was staying at. It was four in the morning and the drive to the start of the Indian Nose hike was about 30 minutes along a steep and incredibly bumpy road.

Our guide lead us up the path for the first fifteen minutes and then after we had made the last turn told us to go ahead as he helped some other slower member of the group. We made good time along the dirt trail, which was only moderate in difficulty.

We reached the first viewpoint well before sunrise. It was still an amazing view, which we shared with 10 others who had arrived earlier. We took in the views and spotted San Marcos in the distance before heading up to the higher viewpoint. It was only another five minutes hiking before we had reached the Indian Nose summit. 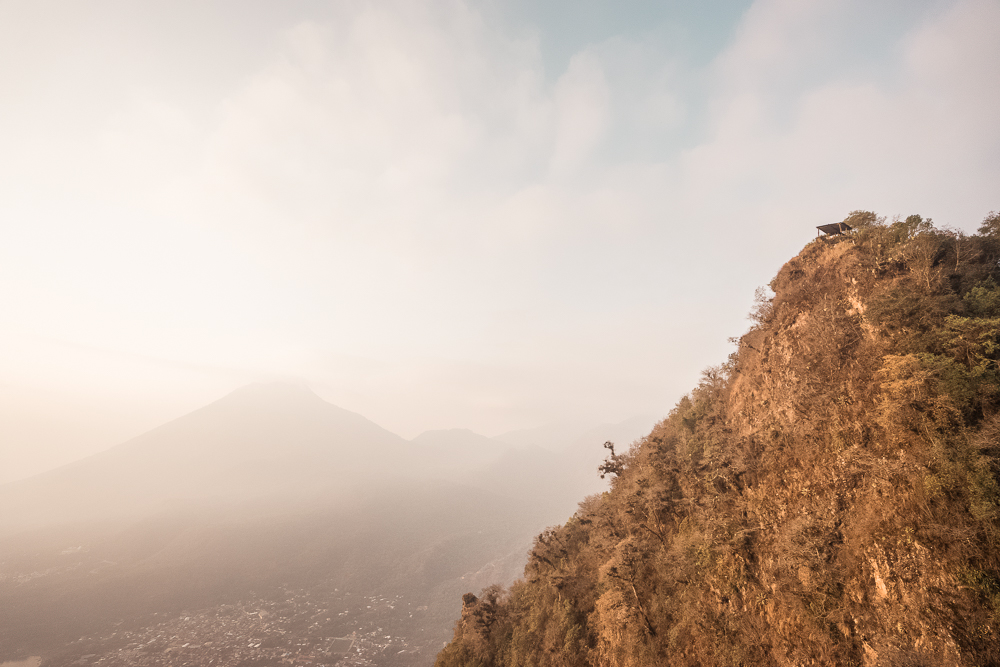 We explored the area while patiently waiting for the sun to rise and add some color and light to the spectacular scene before us. I had seen photos before hiking Indian Nose of rolling clouds but on the day we hiked the sky was clear. 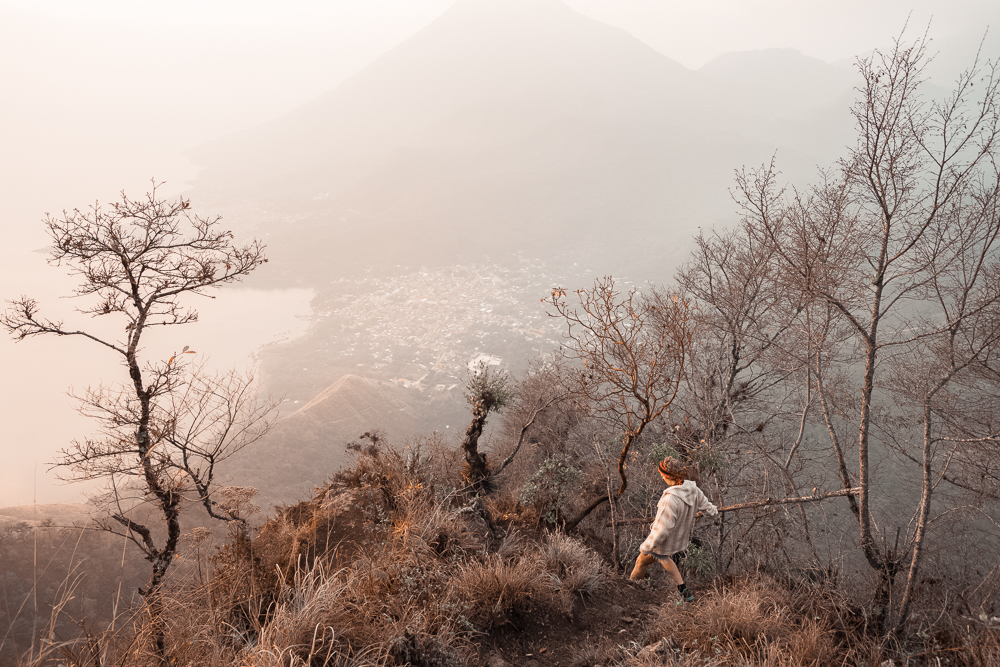 The sun broke through and lit up Lake Atitlan and the small collection of towns that are situated beside the lake. Indian Nose hike was up there in my top ten sunrise views so far and there are quite a few to compare it to. I don’t think it beats Stairway to Heaven on Oahu but it was definitely up there. I also did the Pacaya Volcano hike in Antigua, which you should check out if you are in the area. 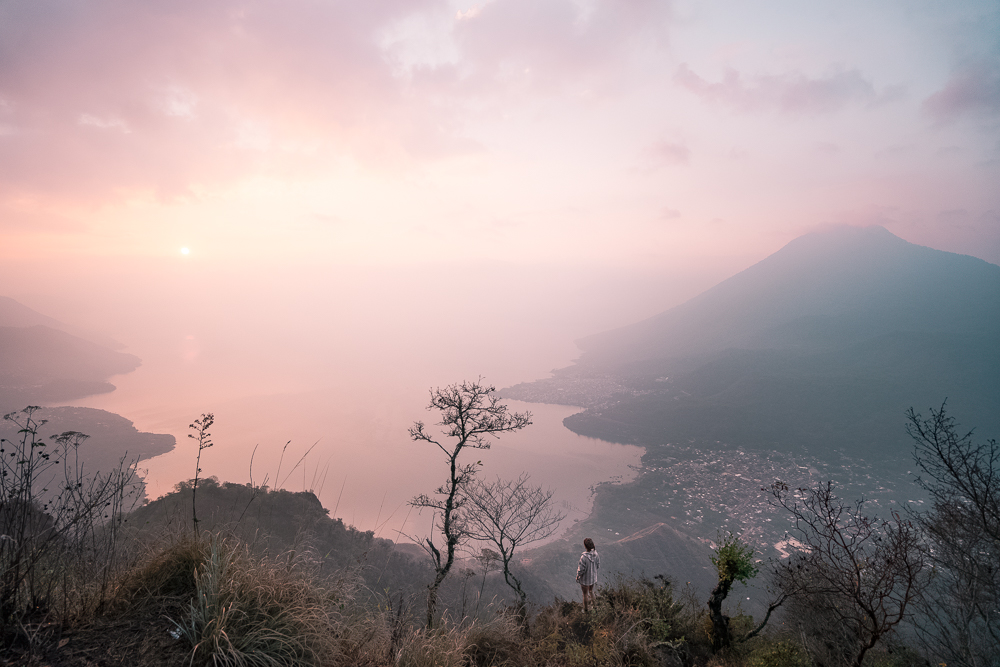 On the way down we stopped again at the lower viewpoint to take some photos now that the lighting was giving the lake a beautiful shimmer and sending orange and pink tones throughout the landscape.

The walk down took us less than 20 minutes before our guide drove us back along the scenic, yet still an incredibly bumpy road, which was more potholes than road.

If you are staying near Lake Atitlan, Indian Nose has got to be on your bucket list. It’s a cheap, short adventure with epic views and a great way to kick-start your day of adventures in the area.

I'm doing a school project, and this site helped! Thanks!

I am currently in Atitlan and this hike is on my bucket list! Your photos are making me really excited to hike this trail! Amazing!