Winding its way along spectacular cliffs, the Hallett Cove Boardwalk is the gem of the south. Adelaide’s coastline can be experienced in no better fashion than walking along the well-maintained boardwalk, which offers a variety of distances.

Depending on where you begin the trail can range from a short stroll to a lengthy trek of more than 10 km round trip. The trail descends into steep gullies before ascending to the top of the jagged cliffs. 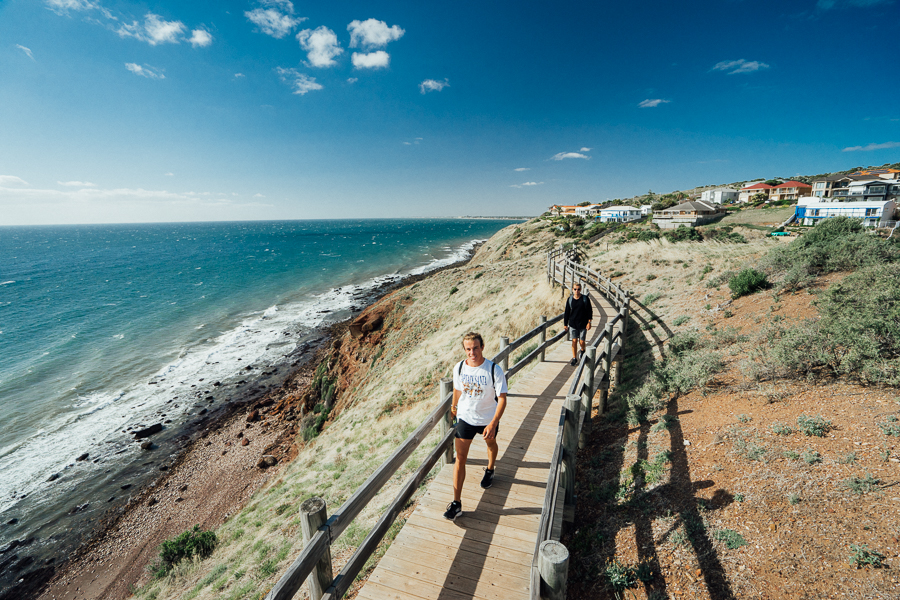 Most of the path is flat either on the boardwalk or a path, however, there are numerous sections leading you up and down sizeable flights of stairs. I found myself constantly peering out over the ocean as waves pounded the shoreline. The residents along this path definitely have an enviable front yard. 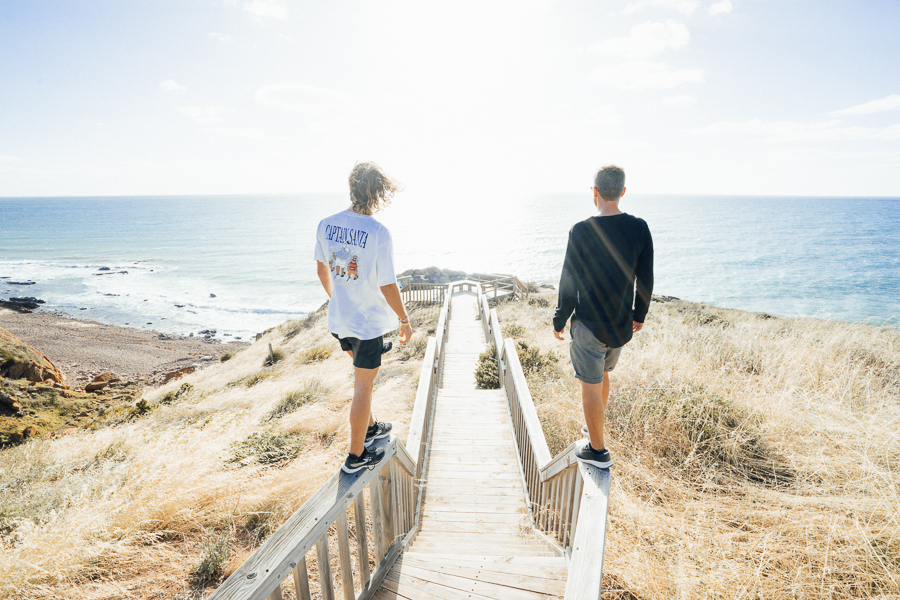 Around each turn, a slightly different landscape meets your eye. This walk is just an adventure around each corner. The Hallett Cove Boardwalk has been maintained immaculately, which is important considering the sizeable drop down the side of the cliffs. 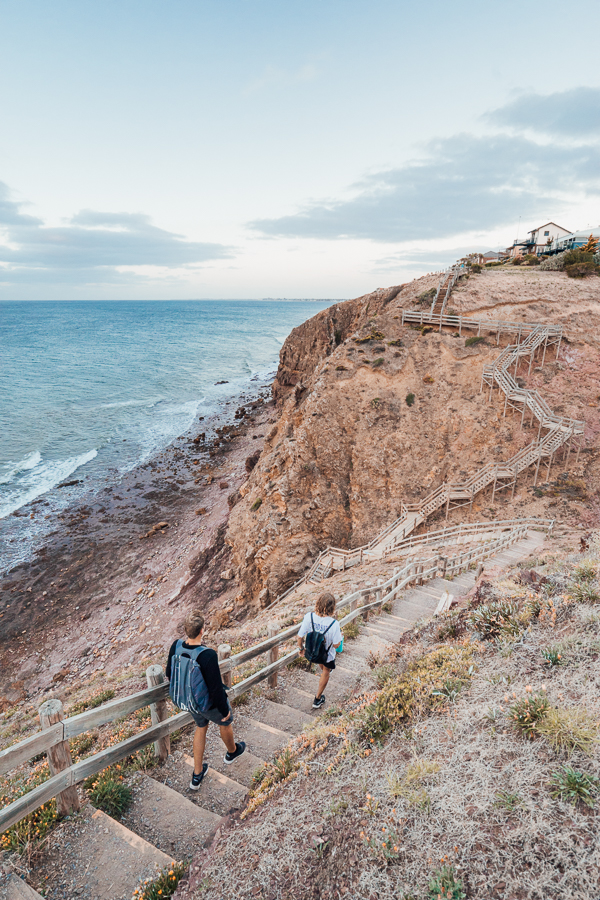 When you reach the end of the Hallett Cove Boardwalk there is a history lesson waiting for you. The Sugar Loaf is a geological wonder, exposing the many physical layers of rock developed over millions of years. The Sugar Loaf got its name due to its resemblance of hardened sugar. The top layer is red, while the lower layer is white indicating significant differences in time. Sugar Loaf and many of the other rock formations in the park date back over an unfathomable 270 million years. 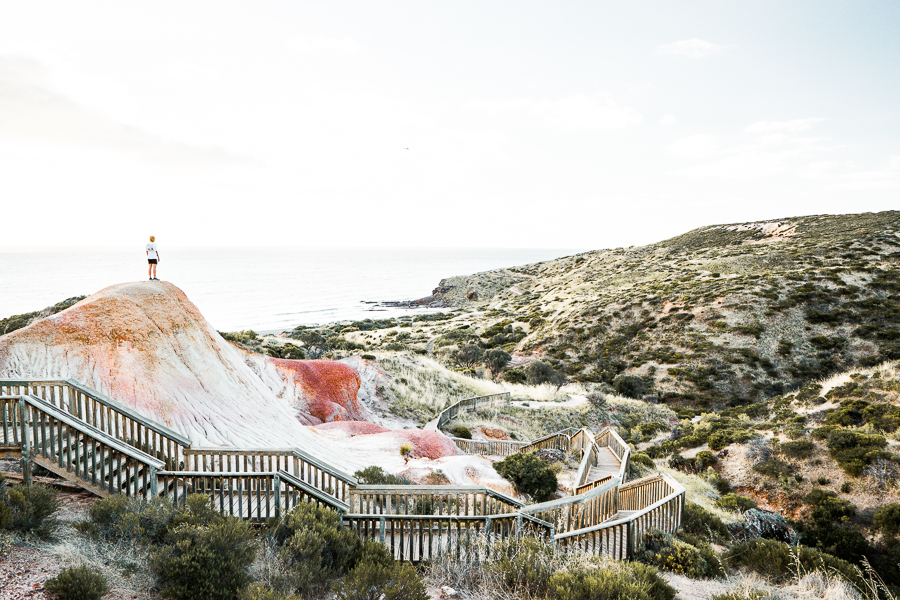 There are lots of entry points, however, I always begin at the following address: