Multiple streams poured over the edge of the cliff, like lines of tears seeping out of the earth. El Salto del Limon is a beautiful waterfall that has a quiet, peaceful atmosphere rather than an aggressive show of raw power like many of the other waterfalls in Panama. It reminded me of a small Tiu Kelep Waterfall with its multiple streams that flowed down into the beautiful blue pool below.

GETTING TO EL SALTO DEL LIMON

The waterfall is quite hidden with no signage. In fact, to get to the waterfall we parked on the side of a highway and then had to climb over two barb wire fences. Barbwire climbs are pretty normal in Panama and not something to deter you when searching for a waterfall. Often they are just to keep livestock contained. There is nothing wrong with visiting El Salto del Limon. I am just letting you know this is a pretty offbeat waterfall, with no clear signage.

The trail only takes about ten minutes and is pretty standard. It begins in long grass and then descends down through the mud into the canyon. Once at the bottom you are in the El Salto del Limon amphitheater.

The first thing I noticed when we arrived at El Salto del Limon was the multiple streams. I really love when a waterfall has several cascades or parts to it. Tiu Kelep is one of my favorites for this reason. El Salto del Limon had about seven or eight different streams flowing down into the pool. 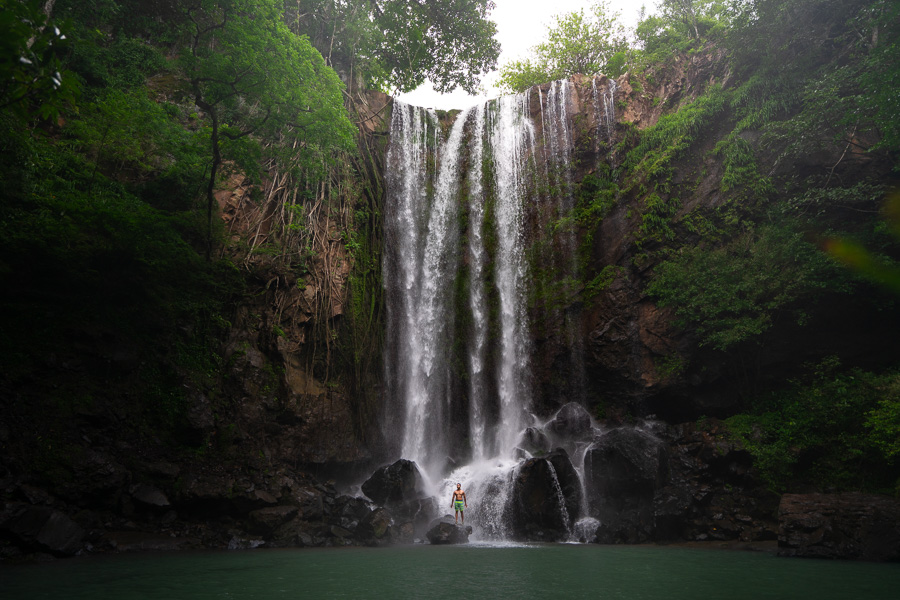 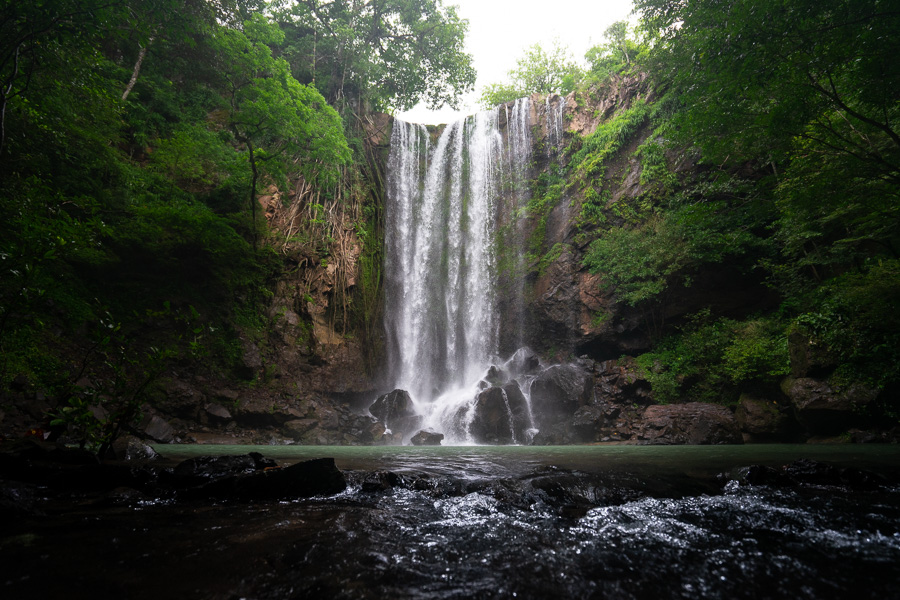 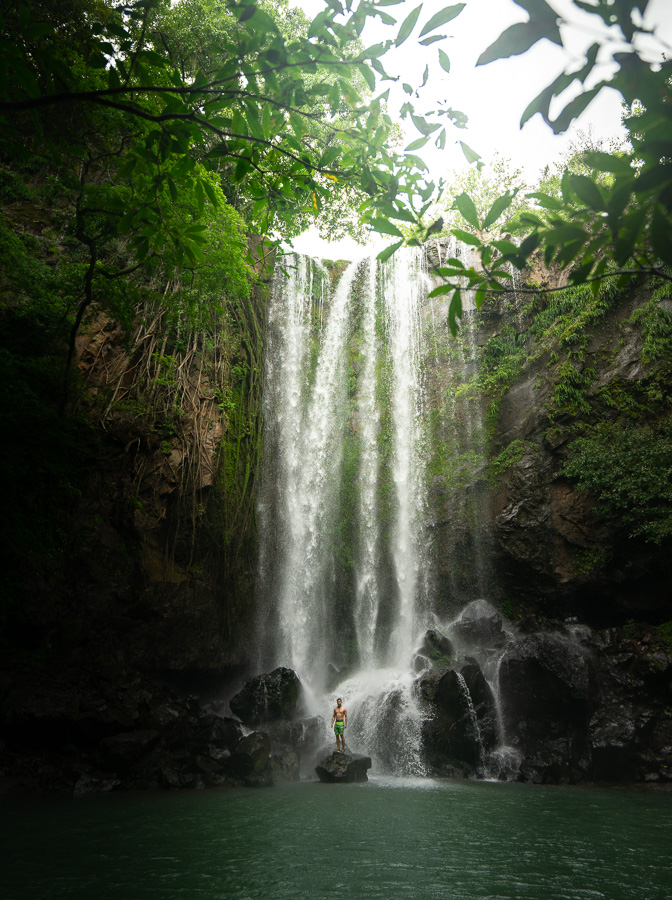 While I was wondering about the stream taking some photos, we noticed several blue spotted frogs. They were quite small and refused to stay still and pose for any photos, which was incredibly rude. I did manage to grab one or two frames of the frog to show you guys what they look like. I’ve now seen red, blue and green spotted frogs in Panama as well as a lot of other wildlife like snakes, spiders, monkeys and exotic birds. 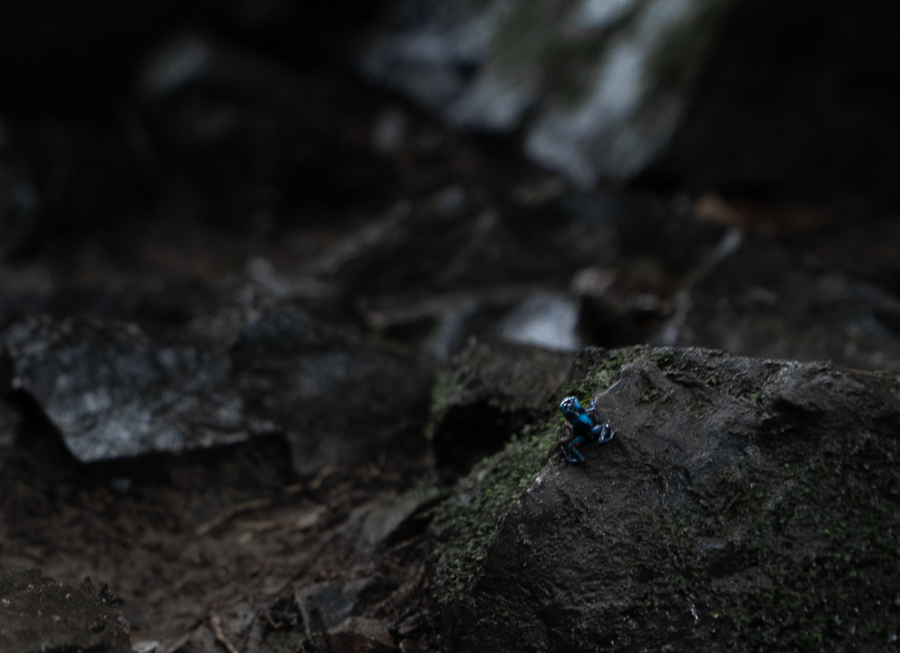 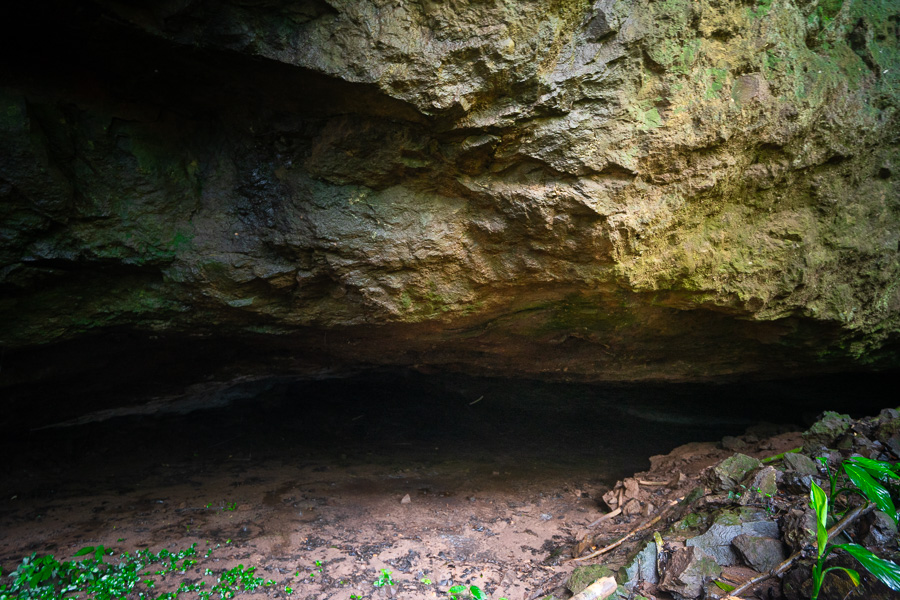 On the left-hand side of the stream, there is a great little spot to look back at the waterfall. This little platform had a perfect natural frame for a photo!

It was then time to whip out the drone and see what El Salto del Limon looked like from an aerial perspective. 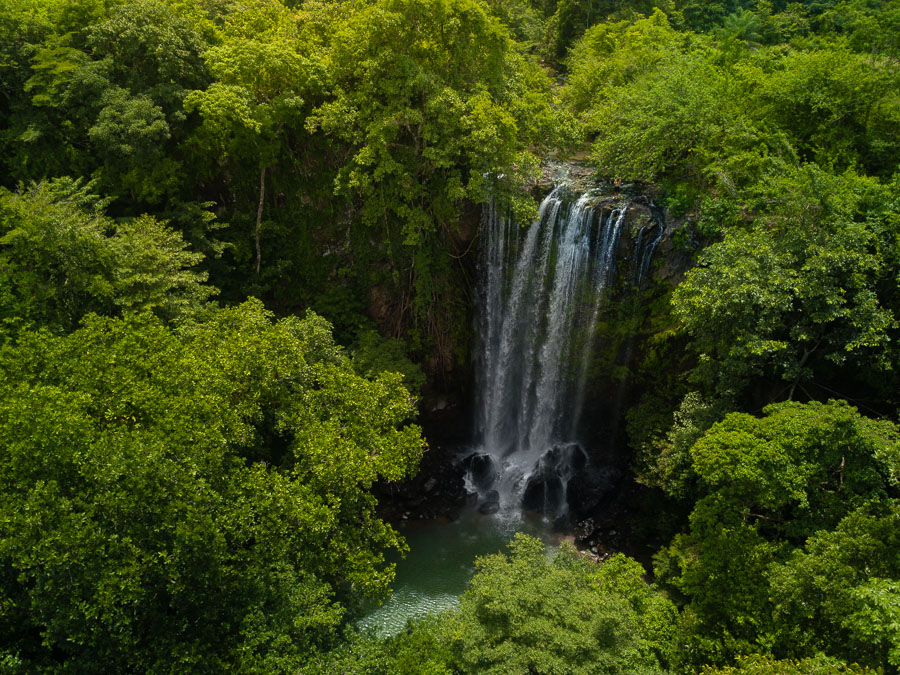 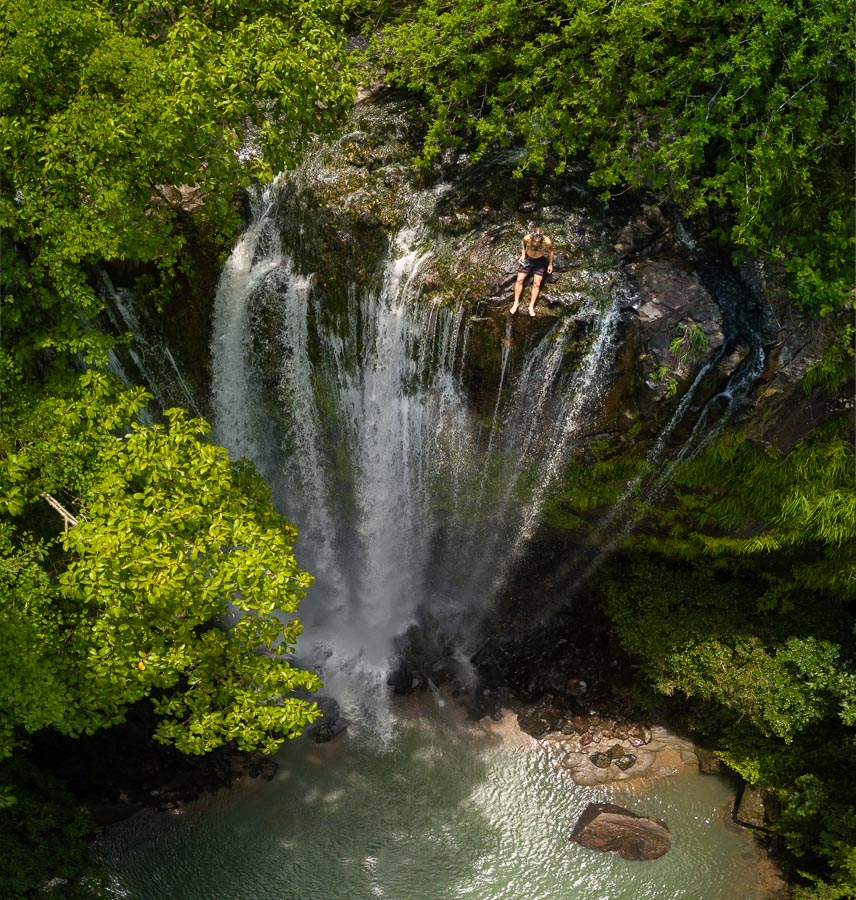 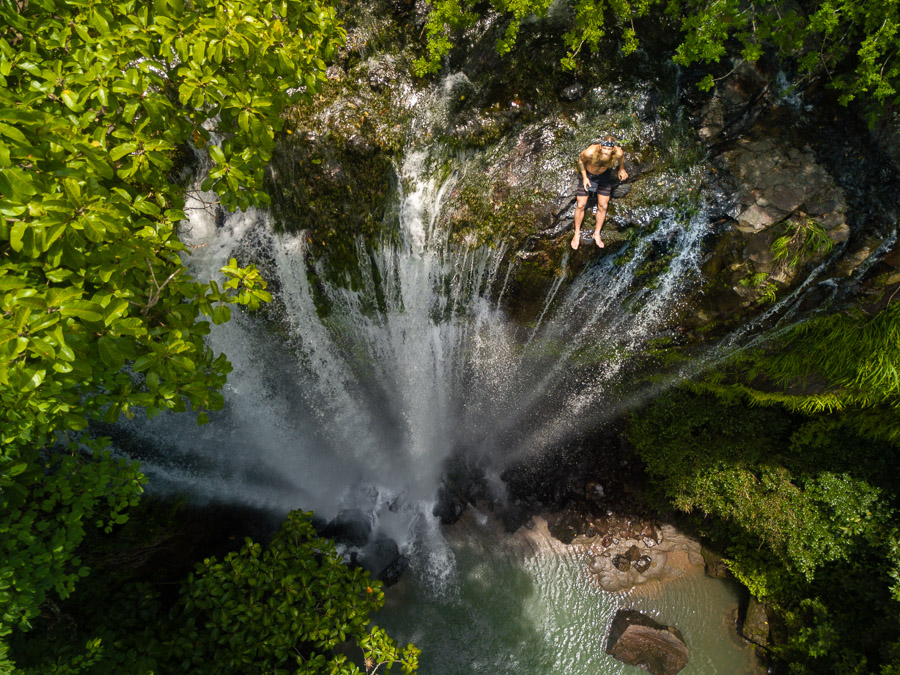 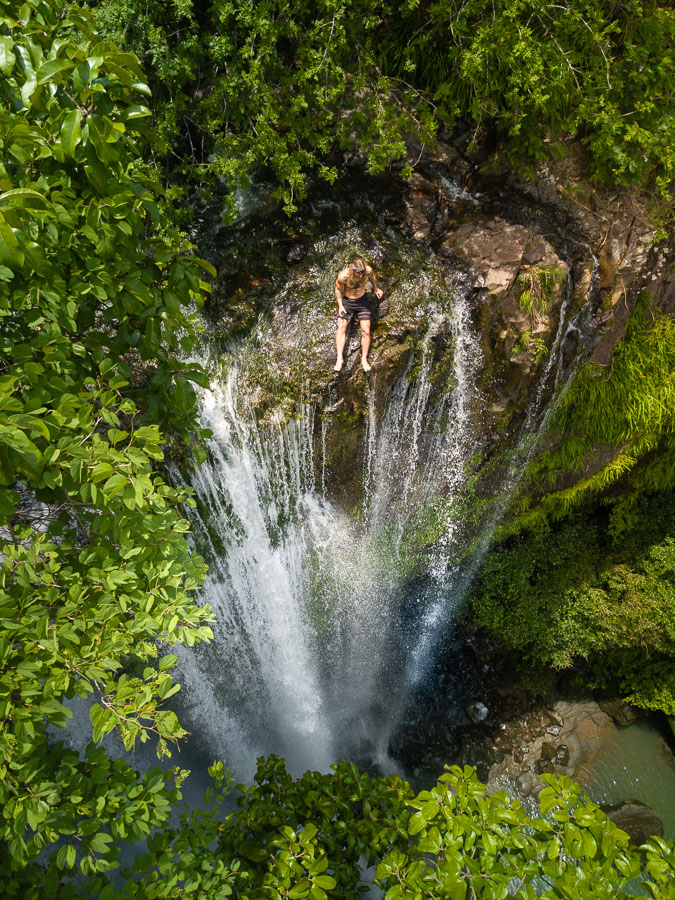 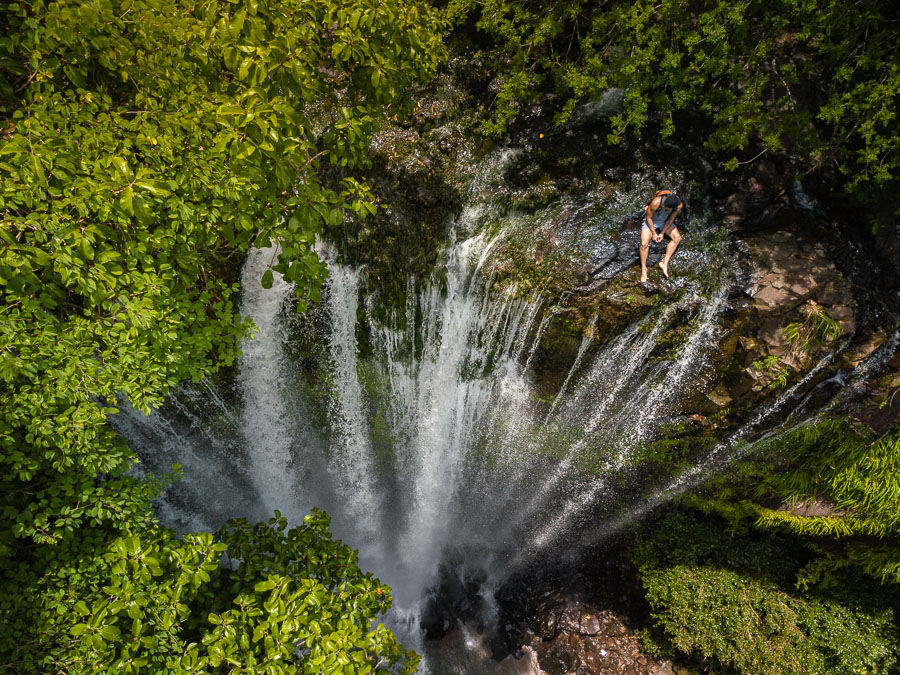 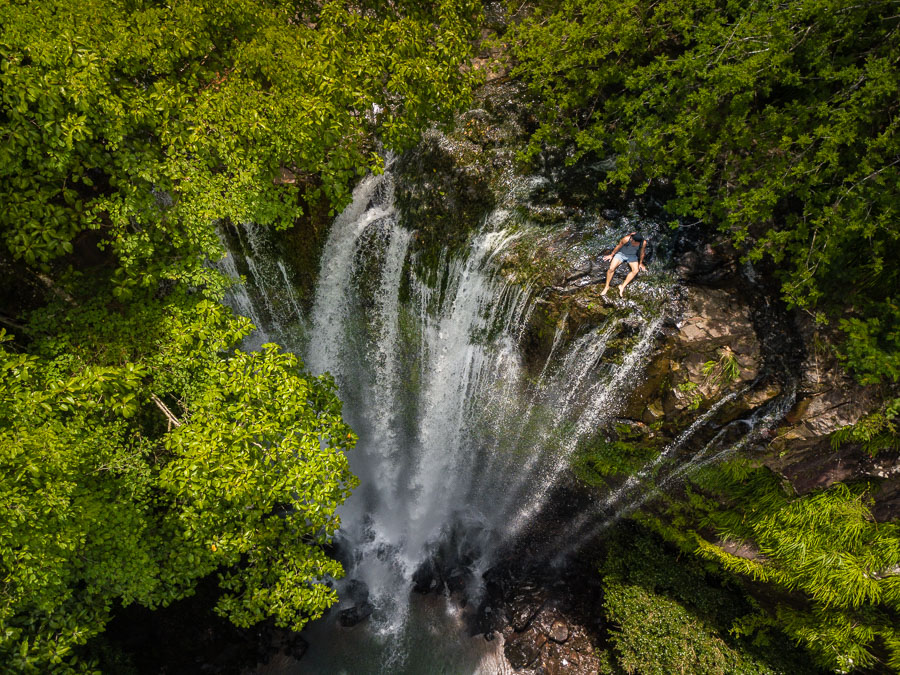 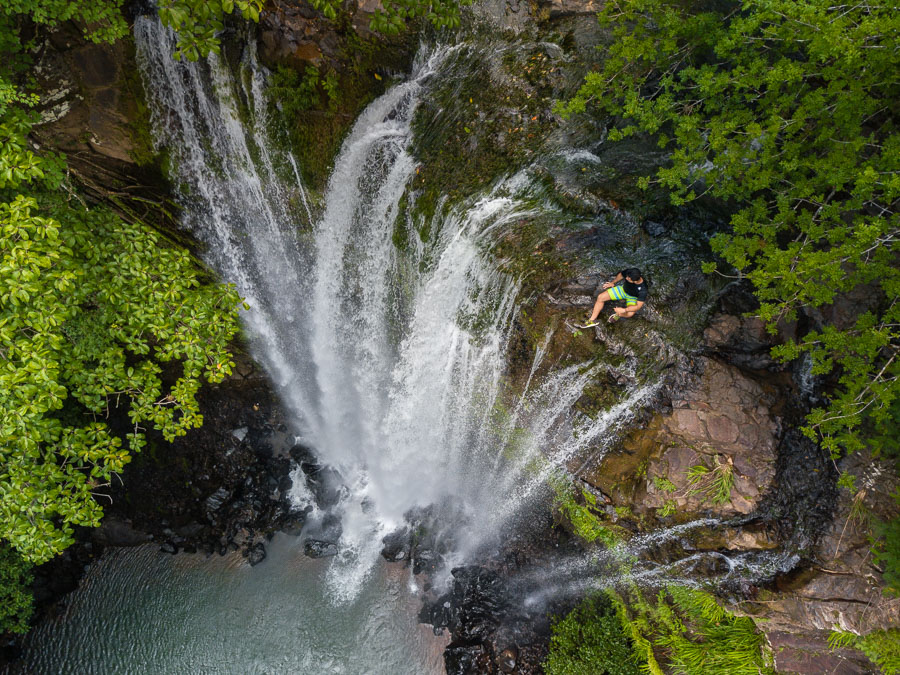 Whichever angle you enjoy El Salto del Limon from, I hope you appreciate this beauty! We had a blast here it was one of my favorite waterfalls in Veraguas.