Of all the positives that can come from having a home base, by far my favorite is that I have been able to buy a bike and cycle everywhere. It’s awesome on so many levels. It’s great exercise, allows me to beat all the traffic in Cebu, its a daily adventure and has allowed me to see a lot of sights in Cebu, which you wouldn’t run nor take a bus to.

There are a few bike shops in Cebu but I went to YKK bikes and they kitted me out with everything. I’m going to eventually attach some panniers to the bike so that I can travel around Cebu with overnight gear or enough gear for a multi-day adventure. I think this is a really fun way to travel so something I am keen to test out. The Philippines seems like a great place to travel by bike so It’ll be something I do on my next journey back to Cebu in March. 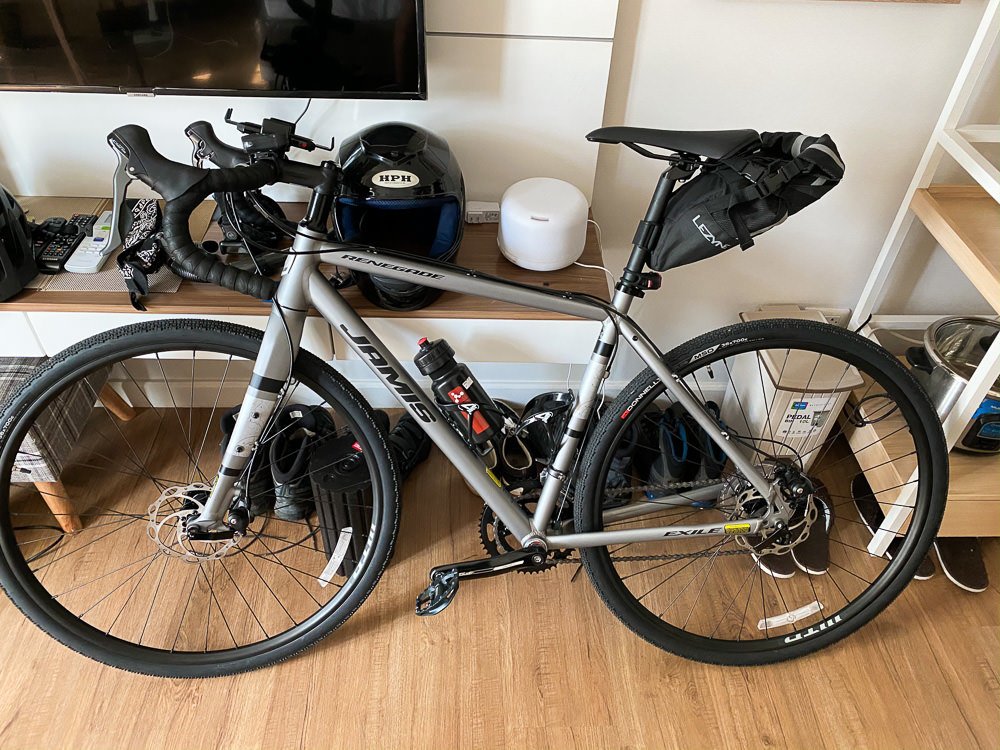 For now, though I just have the bare minimum attached to the bike and have been doing lots of 5-15km commutes rides around the city to coffee shops, the gym, the mall and everything else that goes on during the week. All of the kilometers add up and you find yourself doing quite a bit of riding each week. I also try and get out for one or two longer rides each week to Talisay and back for 30km or to head out and do an entire loop of Mactan Island for 45km. I’ve never done much long riding before but it’s pretty fun although also very dangerous.

It’s now been five weeks that I’ve ridden more than 100km’s a week and I’m finding it to be a good substitute for hiking. I’m trying to get my running kilometers up slowly without my body having any negative reactions so with 100-150km of riding and 20km of running a week, my body seems to be strengthening along the way. The hips enjoy the respite on the bike compared to the pounding of running on the streets.

Unfortunately, the streets of Cebu are pretty hectic for riding. There are lots of traffic lights, thousands of moto-taxis, crazy jeepney drivers, and intense traffic. For better or worse, there are few rules. This means I can skip my way through to the front of traffic and run a few lights when it’s safe. I haven’t had any issues but whenever I get to a cafe or shopping center I use a lock to keep my bicycle secure.

My aim for when I am back in Cebu in March is to set myself up with panniers for the bike and ride on down to Dumaguete and take the ferry over to Siquijor for a couple of weeks of exploring there.

Anyway, aside from riding the bike, this week I have been smashing the blog hard again before my Japan trip. I’ve been focusing on revamping all of my ‘Where to Stay’ guides, which are among my biggest income-generators due to the hotel commissions.

I also went out on a little adventure one day up north with Kia to Catmon province. Here we visited Tinubdan Falls, Ka-Tinggo Falls, and Esoy Hot Spring. I’ll add all about those below.

Tinubdan Falls is a beautiful waterfall in the province of Catmon, which is about 1.5 hours’ drive north from Cebu City. It’s a bit of a hidden gem because it is in the north and most tourists head south to visit popular waterfalls. However, Tinubdan Falls is truly incredible with multiple cascades flowing into a natural swimming pool in the middle of the jungle.

There are multiple waterfalls, which all stream into a big natural swimming pool that sits beneath them all. Throughout the are you can find lots of little places to soak in a fresh-water spa beneath one of the cascades. 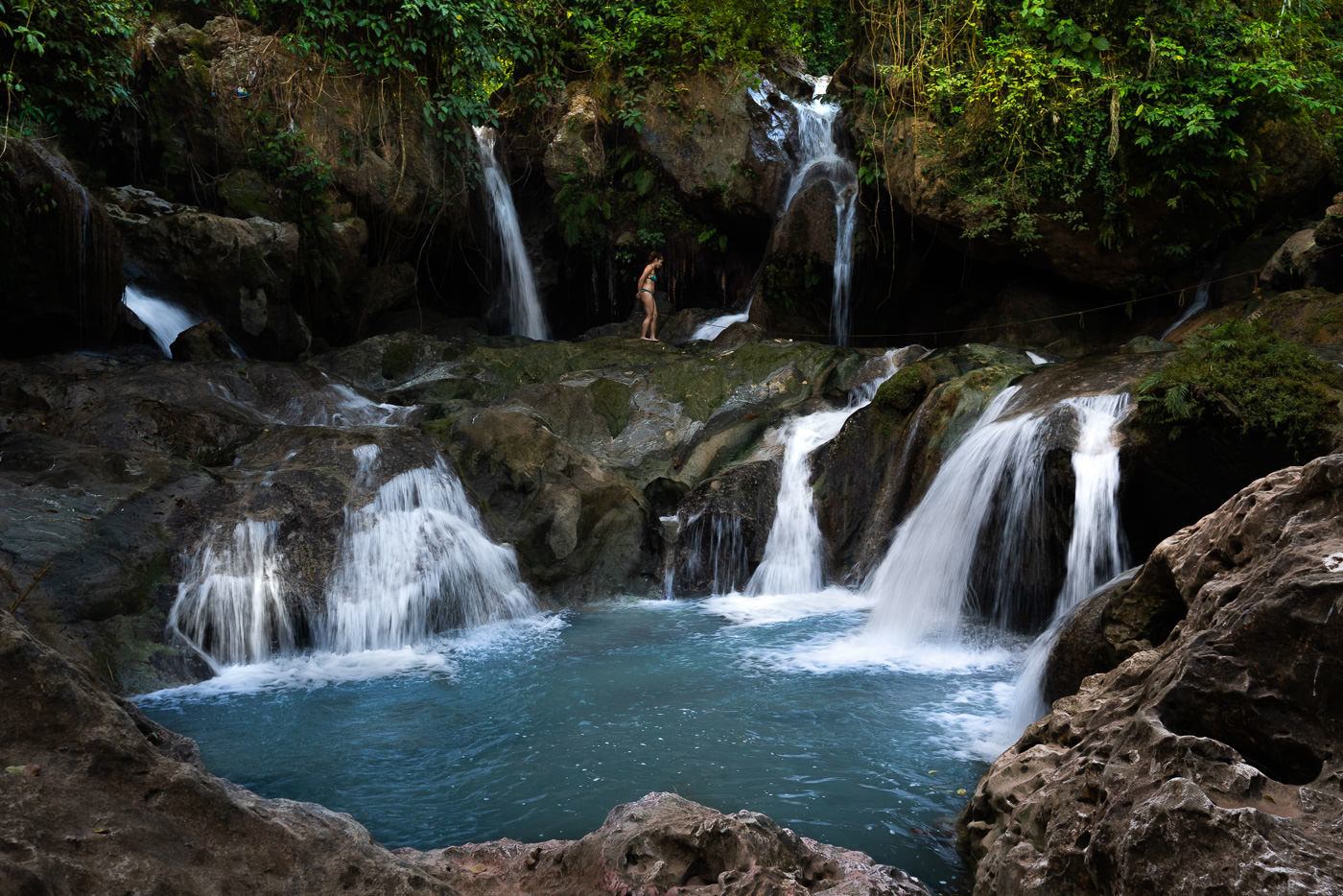 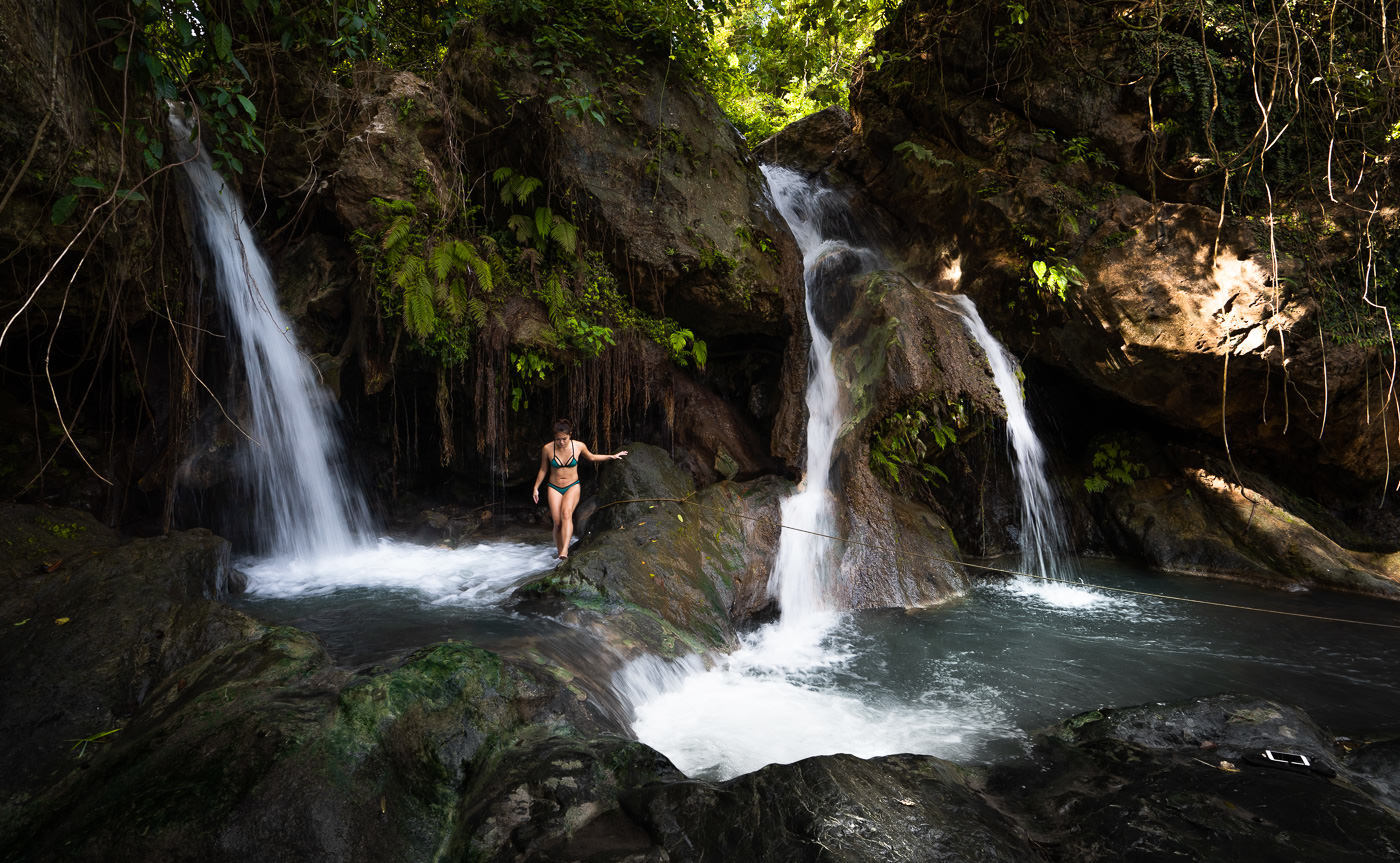 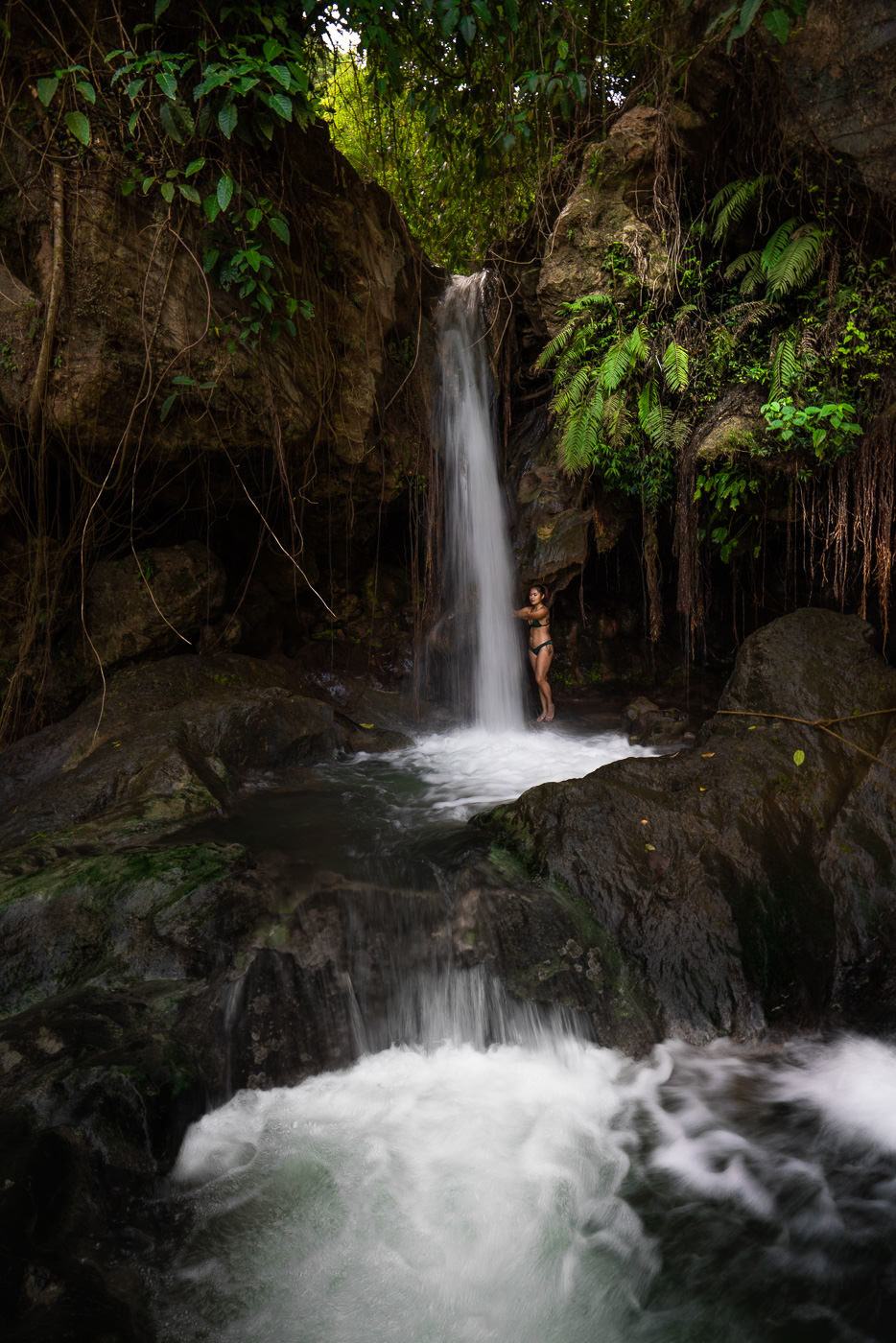 The Esoy Hot Spring is one of only two thermal springs on Cebu and is an incredibly relaxing activity in the jungle of Catmon. The spring isn’t heated by volcanic activity but is a geothermal pool and has a slight sulfuric smell but nothing too strong. The pool wasn’t as hot as the Mainit Springs in the south of Cebu. However, there was one corner where the water poured directly out of the wall and this was really warm. It was so relaxing laying there at the hot water source on the rocks.

Throughout the last ten years, the temperature of the water has changed and some of the springs that were previously hot are no longer heated. This has been affected by earthquakes and natural changes. 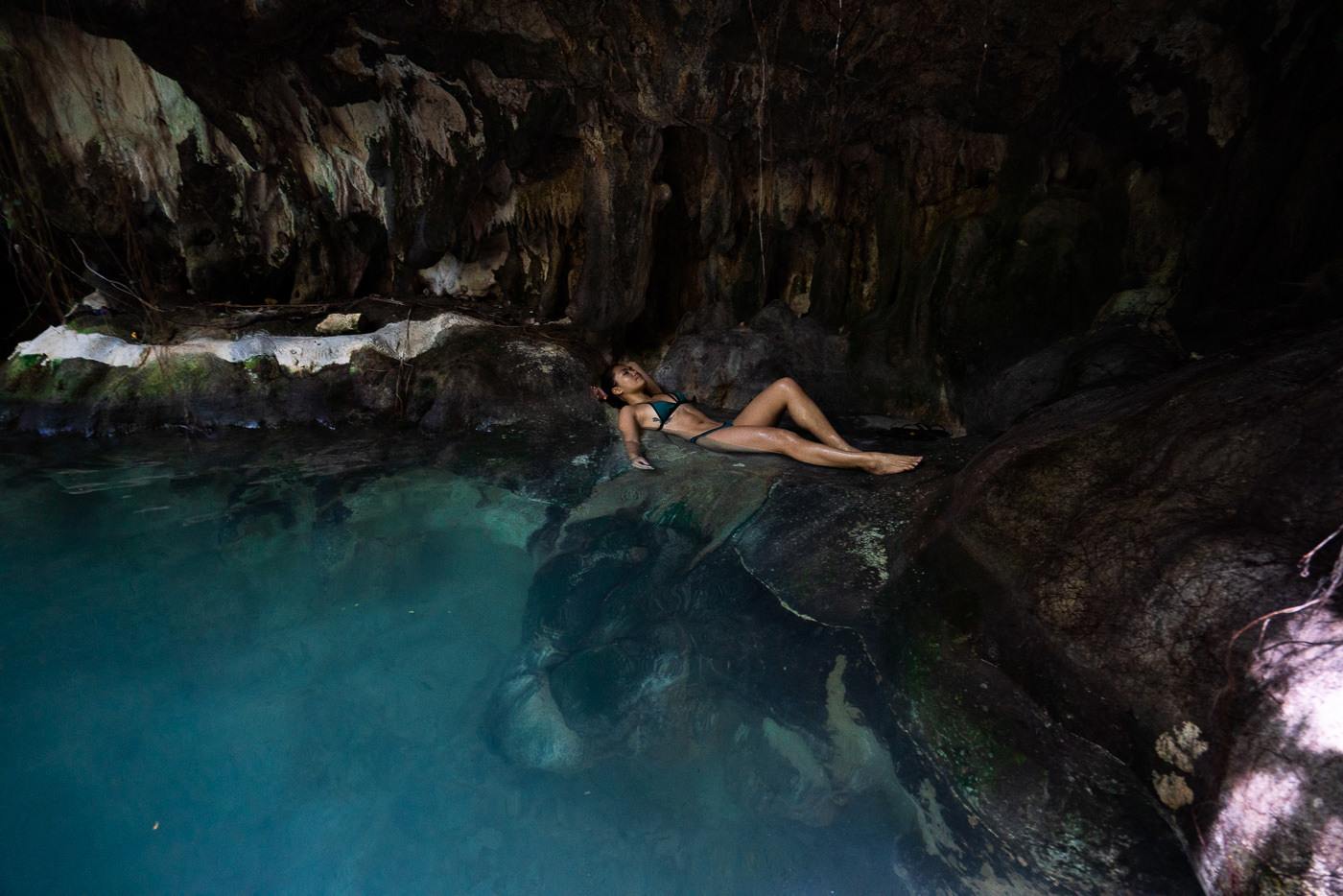 Ka-Tinggo Falls is an incredible waterfall located inside a canyon in the Catmon region. It is a 4-meter high cascade that flows down into a large chasm below. It reminded me a lot of another waterfall in the south of Cebu called Kabutongan Falls. The canyon is incredible with how it has been smoothly shaped over time. There are lots of little crevasses to explore here and even a few caves throughout the pool.

There were two parts of the Ka-Tinggo Falls that I really loved. First was the optional cliff jump. If you are up for it, your guide will take you on a little climb up and around the side of the canyon. It wasn’t hard but I wouldn’t go on this little trek if you aren’t up for an adventure. You will emerge at the top of the falls and then you can jump down into the pool below. You can see my jump below!

The second part I loved was finding all of the little caves and coves throughout the pool. I took my proper camera on the trek in but used my waterproof action camera to swim around and take a few photos in the caves like the one below. 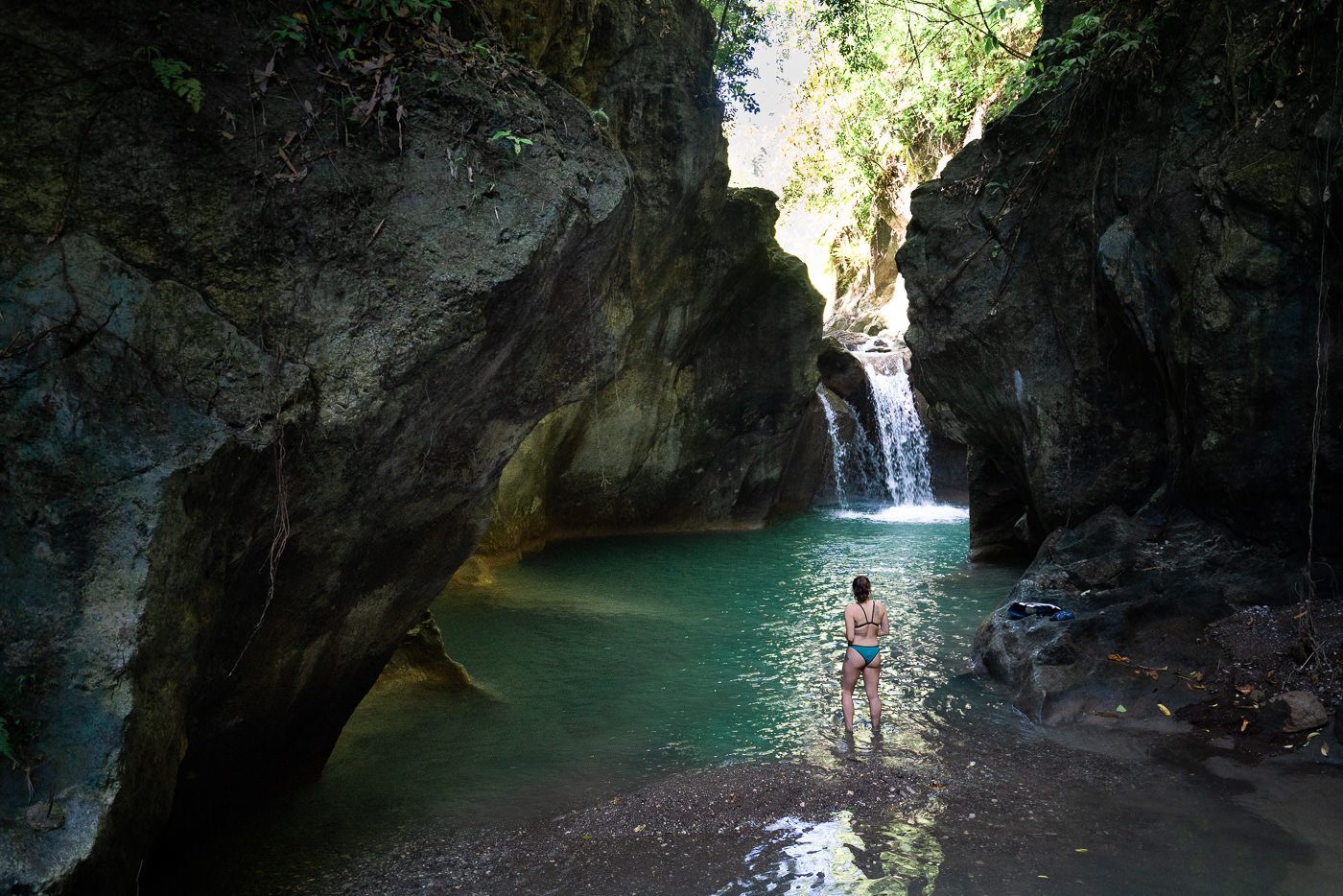 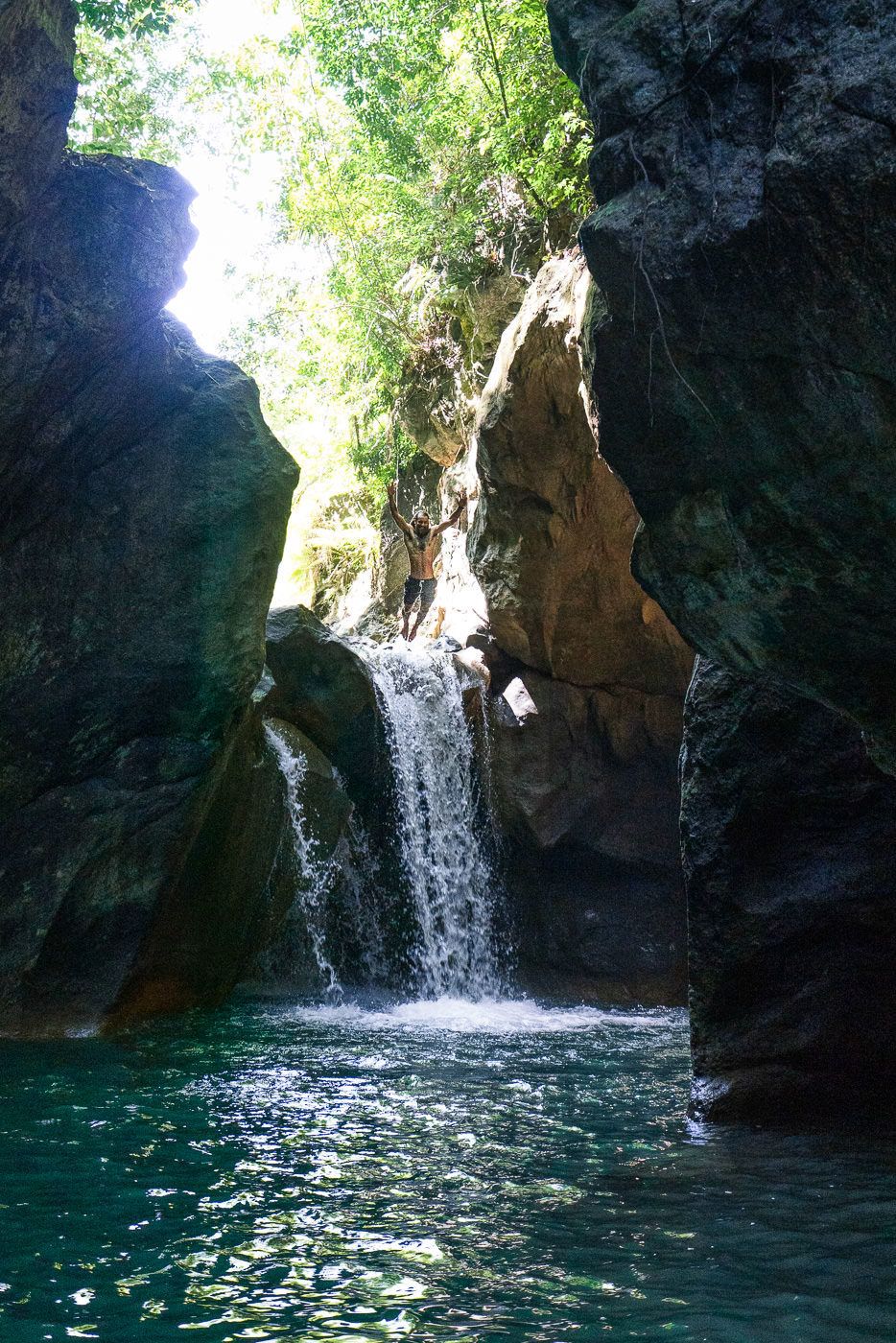 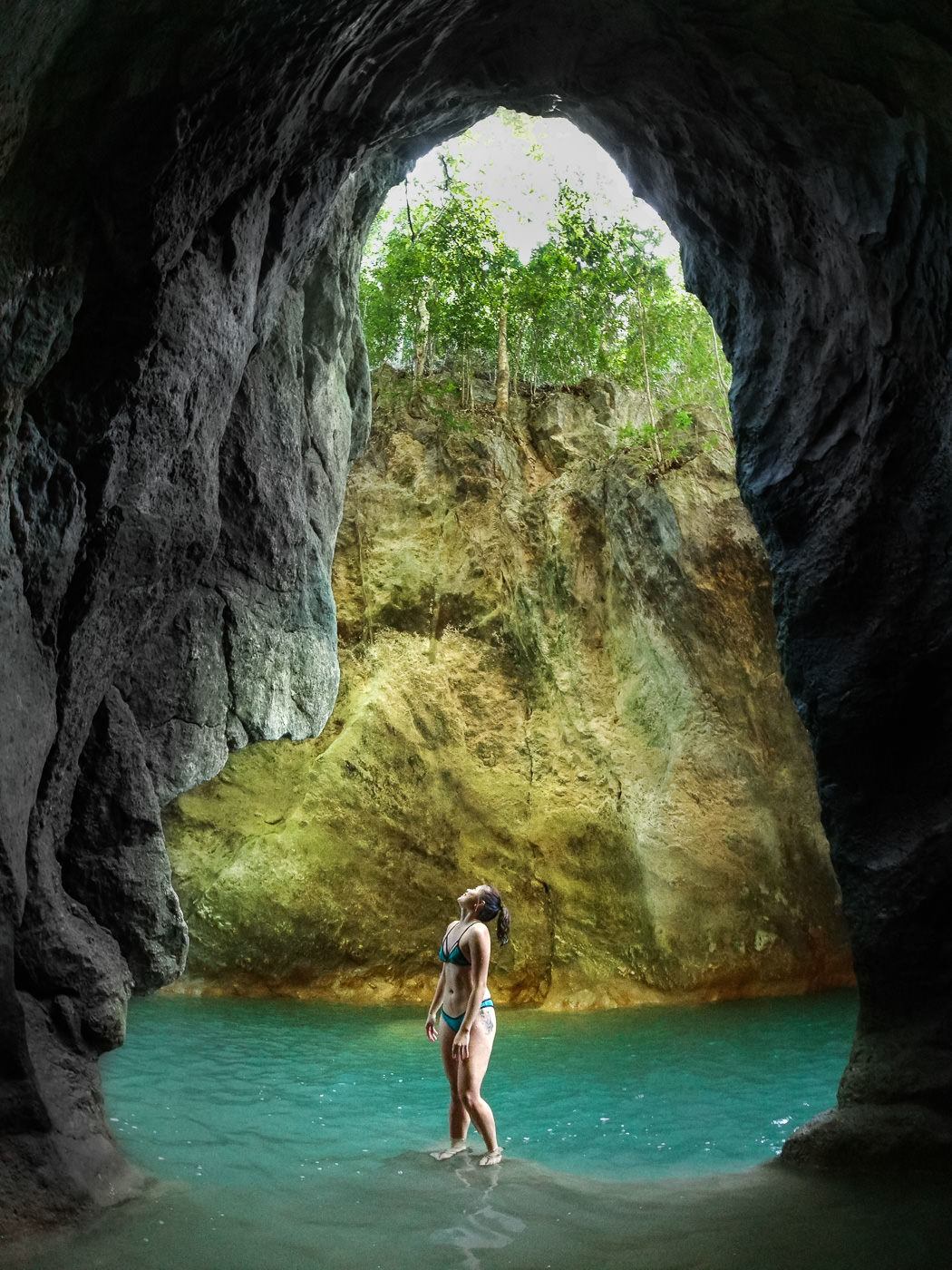 With this current pandemic and new normal, I hope the government of Cebu will improve the roads and add bike lanes as back riding to a motorcycle is not allowed by the government.