For many, travel is a bi-annual vacation. It’s a promised land of fun, cocktails, palm-trees and lavish spending. It’s a reward for the hard yards put in at the office throughout the year. That’s how the majority of the world travels. But then there is us. The backpackers, the budget-travelers and those willing to seek the uncomfortable in exchange for the experience of a lifetime.

Kauai is expensive. So expensive in fact, the cheapest hostel said I could have a fold-out couch for $45 USD per night. I politely declined and started coming up with other ideas. I jumped on the Couchsurfing app and after sending out lots of messages I was graciously accepted by a host in Lihue, Kauai for my first three nights.

Couchsurfing is an app where hosts open up a couch, bed or private room in their home to travelers. They are offering this for free. No strings attached. The idea is that locals can get connected with travelers and also help them out. Travelers can add value to hosts by sharing their experience and also hosting themselves when they are back at home. It’s a community where everyone helps out when they can host and then gets to meet other cool hosts and stay with them when they travel. 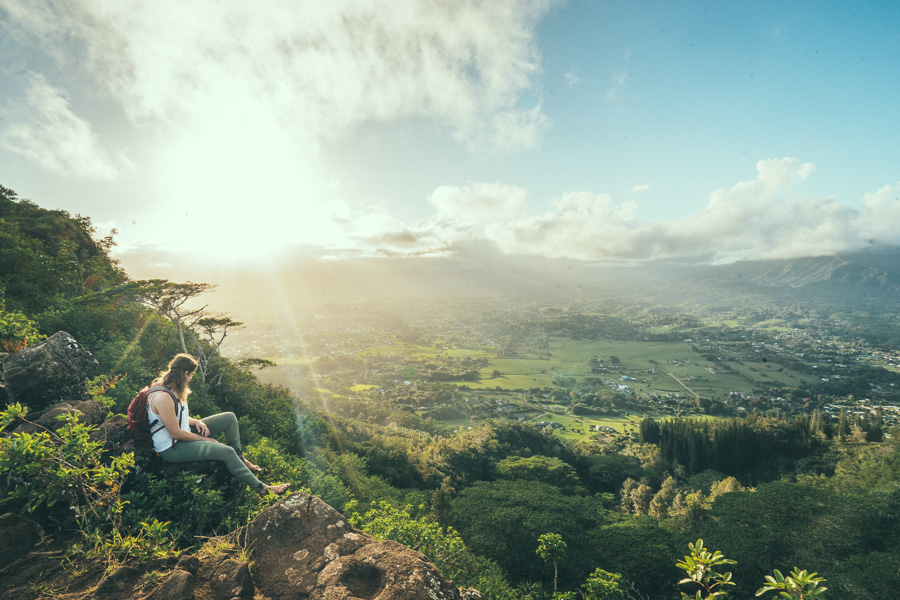 To be a couch surfer you need to be pretty open. My first host was an awesome guy who was in his sixties. He lived alone and enjoyed the company of travelers and loved showing them around Kauai and sharing his vast knowledge of the island. He was incredibly generous also. He took me out for dinner and lunch at restaurants and drove me around the island. In fact, his generosity was overwhelming.

It was a great introduction to the island but couch surfing is not a long-term stay in most cases, so after three days, I had to begin the search for a new host. I found myself sitting at a cafe at 2 pm in the afternoon with all of my gear. I had no host confirmed for that evening and the local hostels were all booked. I was a little nervous and stressed but knew the worst case scenario was buying a tent from WalMart and camping at the beach. Going with the flow is all part of the process.

Luckily, my next couch surf host popped up just in time. A 26-year-old Uruguayan said I could come stay with him for a couple of days. I had organized to hike with two people I met on Instagram. After the hike, they dropped me off at my new host’s apartment. We had a few beers and my accommodation was sorted for the next few days. We ended up having a great time and my host took us out adventuring to a few cool spots, drove us around and cooked some great banana pancakes on Sunday morning! The world is full of awesome people. 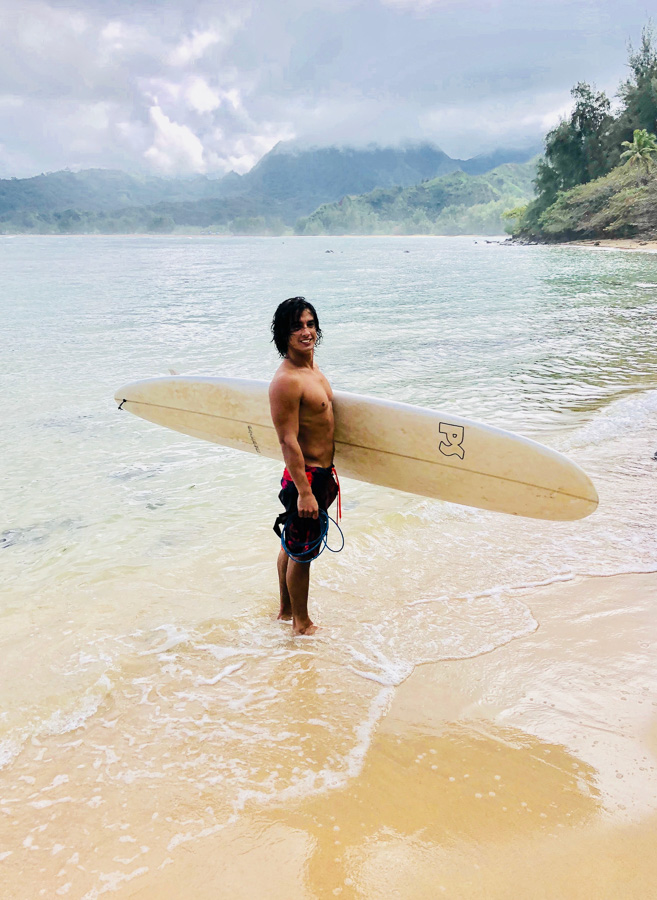 Kauai is a small place and I was fast running out of positive responses on the couch surfing app. Luckily one more host hit me up saying I could stay for a few nights. This time I was welcomed in by a family of four. They had a rich Hawaiian heritage and taught me a lot about the island. The son, who was the actual host, took me on a hike to Ho’opi’i Falls and to go cliff-jumping at Shipwreck’s. They were all incredibly nice and we ate meals together and shared stories. This is my 3rd couch surf host of the week and my new mate, Tristan. 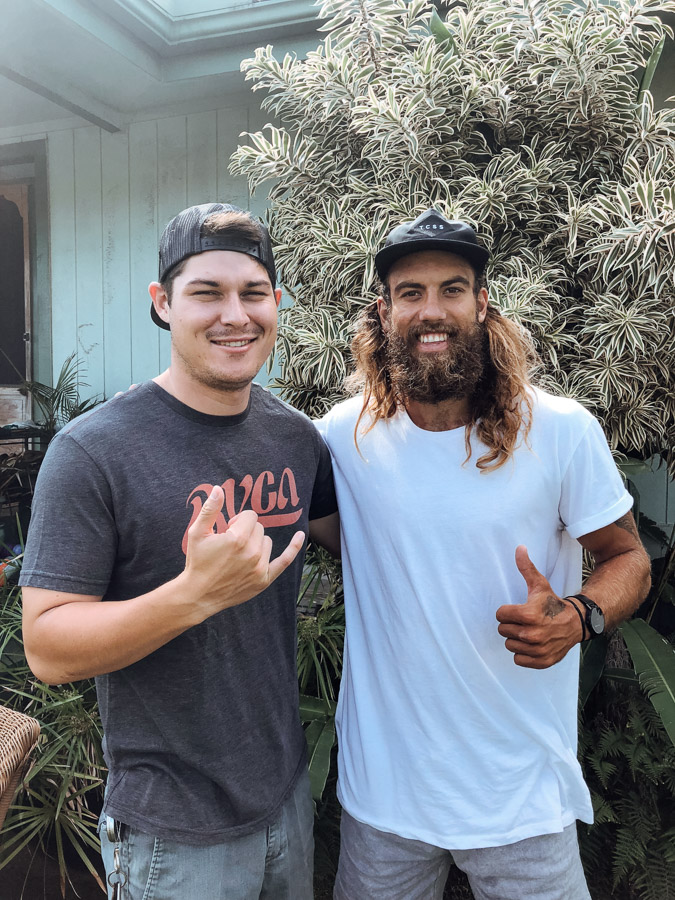 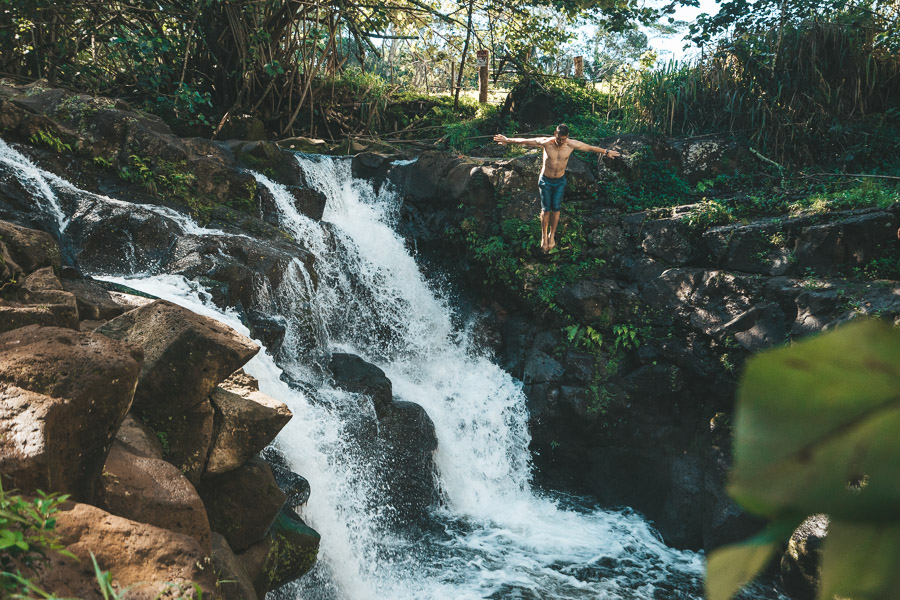 So far this week, I have not paid for any accommodation. I have couch surfed 8 days in a row on Kauaii and it has helped me to meet some great locals. It also gave me the opportunity to visit some spots I wouldn’t have known about had it not been for their local knowledge. It has been an interesting week and I’ve had to go with the flow on multiple occasions and be flexible with my time. What a start ot my time on Kauai.

This next week I will no longer be couch surfing. I won’t be paying for accommodation either. Stay tuned on my Instagram stories or watch out for ‘The Weekly’ early next week to see how I am getting by on Kauaii!

Hope you all had a rad week!