Choclon Waterfall is a beautiful twin falls at the end of a small gorge. The tiny amphitheater is the perfect place for a short hike and to hang out in the afternoon with friends on a sunny day. The water has a beautiful blue tinge to it and vines growing all around the walls of the waterfalls giving this spot a magical atmosphere.

We set off from Boquete in the pick-up trick, laying low as we cruised past the police stop. I felt like I was back on Oahu, Hawaii while cruising in the back tray! It took us about 40 minutes to reach the entrance to Choclon Waterfall. There was no sign just a gate and a fence that we walked beside. From here we made our way through some open fields before entering the real jungle trail. 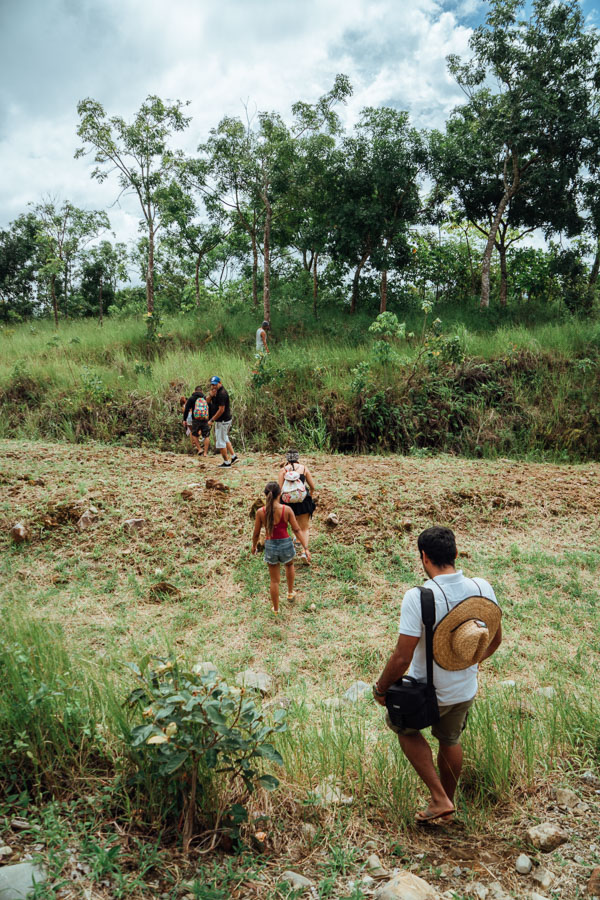 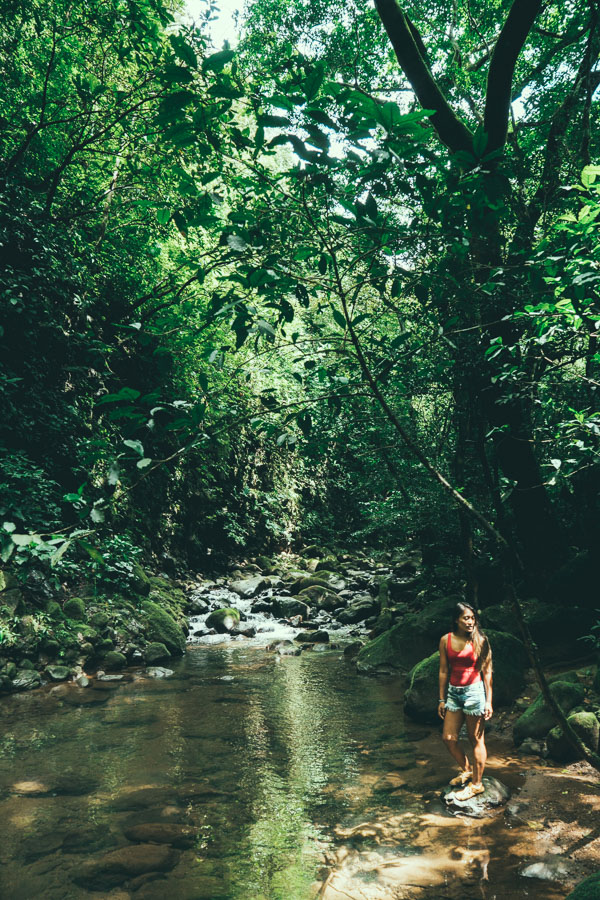 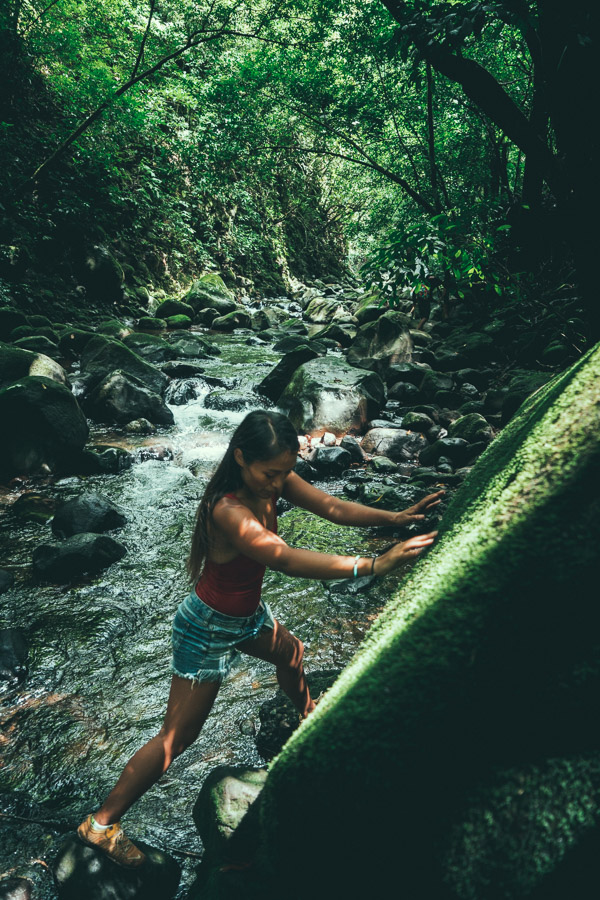 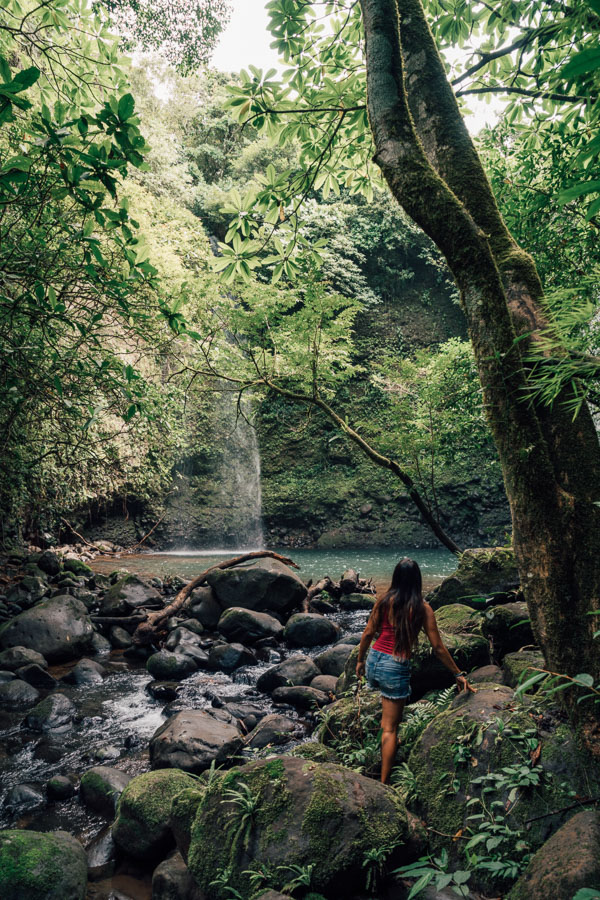 The trail itself was quite short. It followed the river the whole way and only took about 15-20 minutes before we reached the falls. We had to cross the stream a few times but never got wet. There were lots of cool plants and wildflowers along the way that all seemed so unique compared to other places around the world. We even encountered a green and black, poison dart frog. It was hiding under a rock but was placid as I took a few photographs from close range. 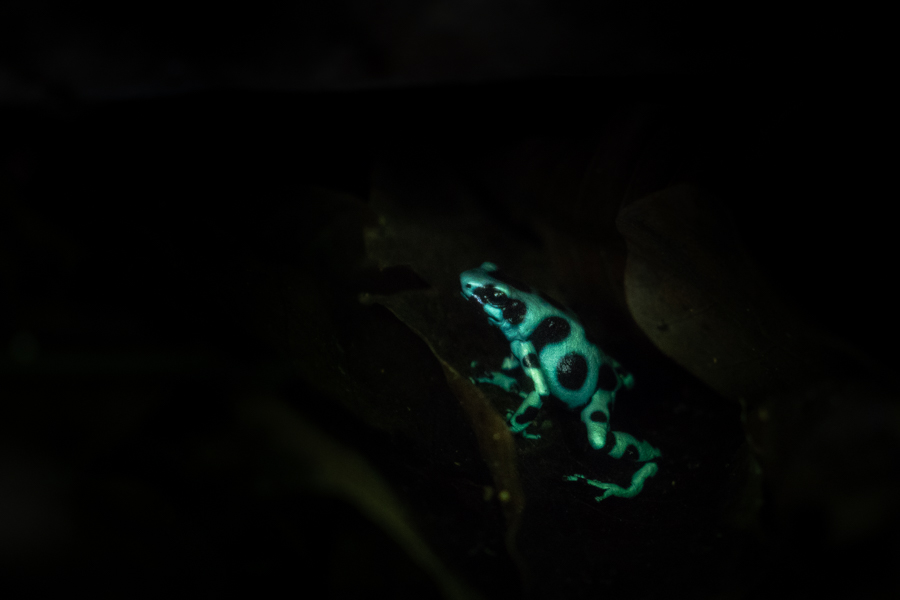 Once we made it to the falls it was almost 1.5 hours after originally leaving Boquete. However, the beauty of this little amphitheater made the journey worth it. The soft blue water shone under the warm sun as we stripped down into swimming gear and jumped into the water. The water was a little chilly but it is the winter! 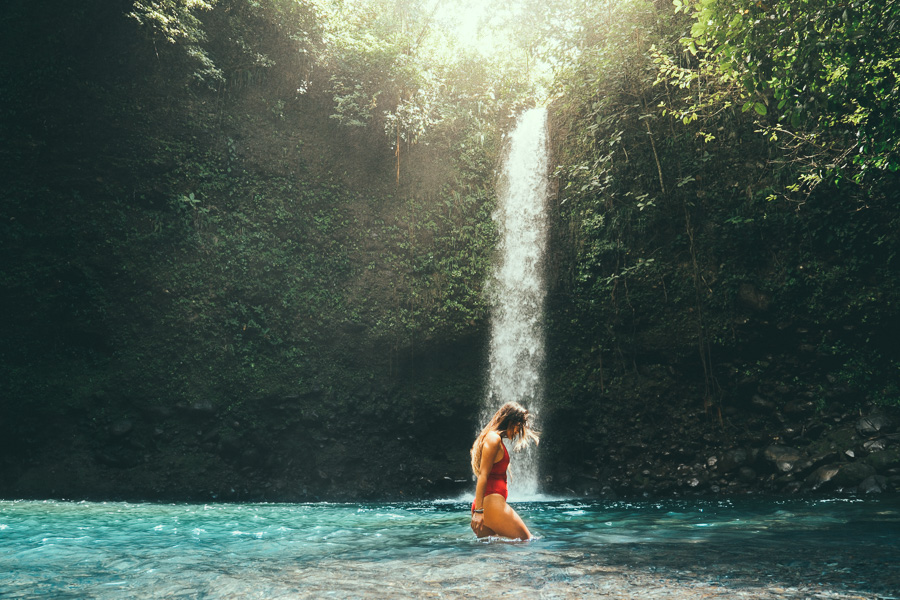 I loved how the vines covered the entire walls of the amphitheater. It gave a magical vibe to the place. With two waterfalls, the rock walls and the jungle behind us this was an adventure paradise. 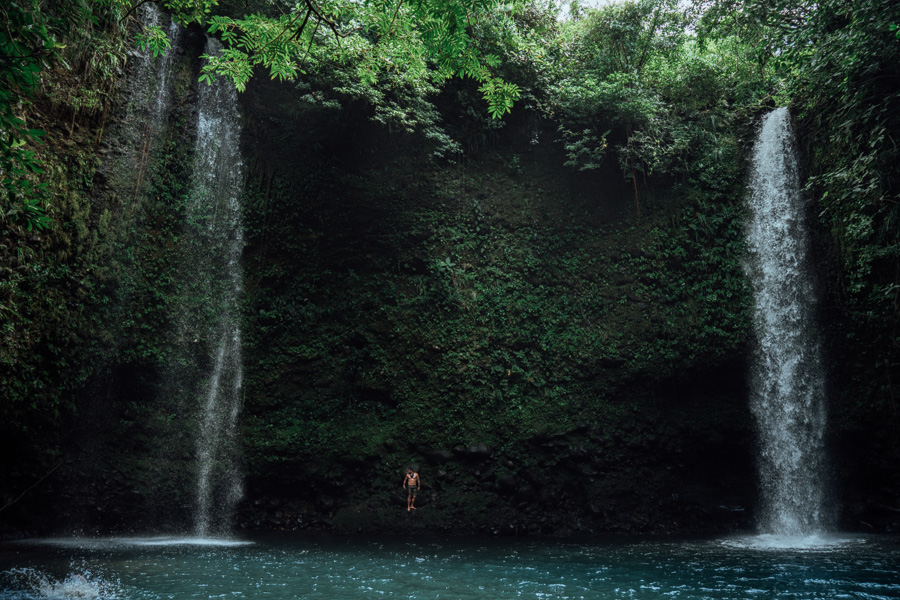 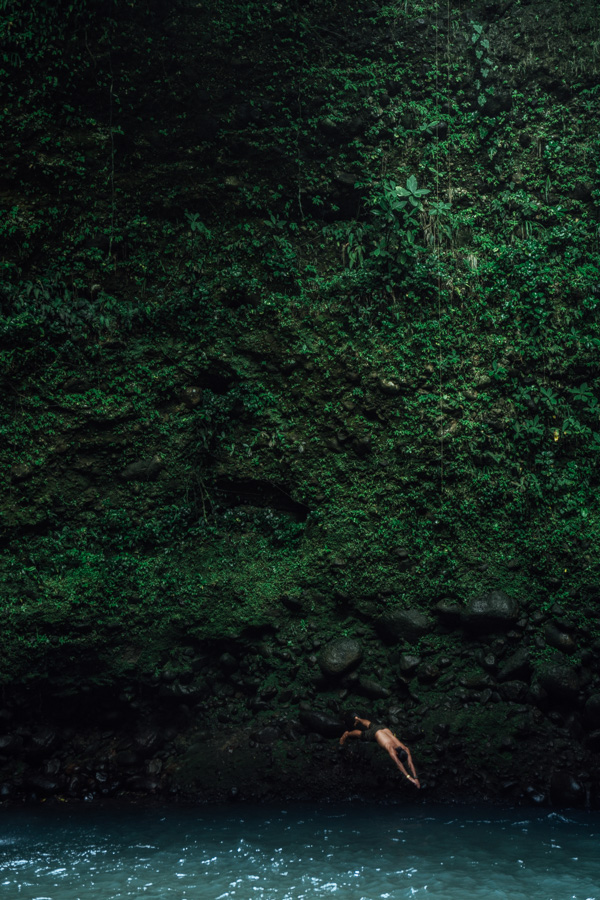 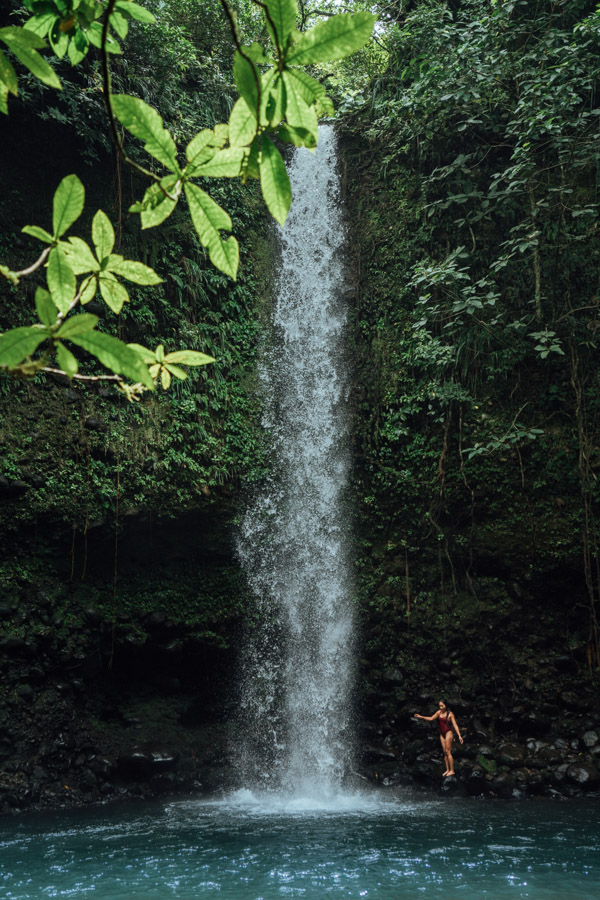 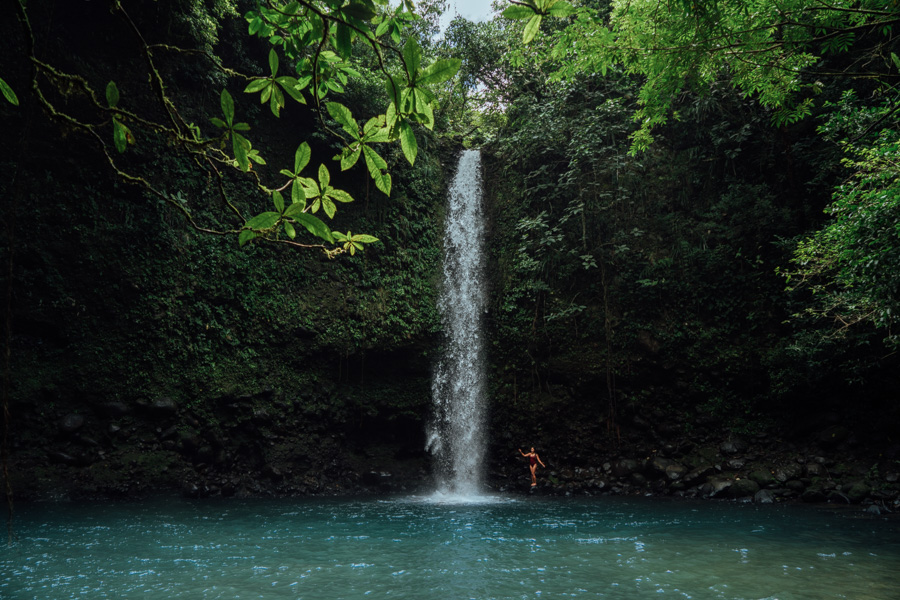 My favorite spot at this waterfall was actually on the other side of the pool. I swam my camera over here and it was a great angle to shoot behind both waterfalls. You can actually swim and stand behind both, which is a really cool feeling. There is also a little spot for some very small cliff jumping. Although at 1-2 meters high it wasn’t too extreme! 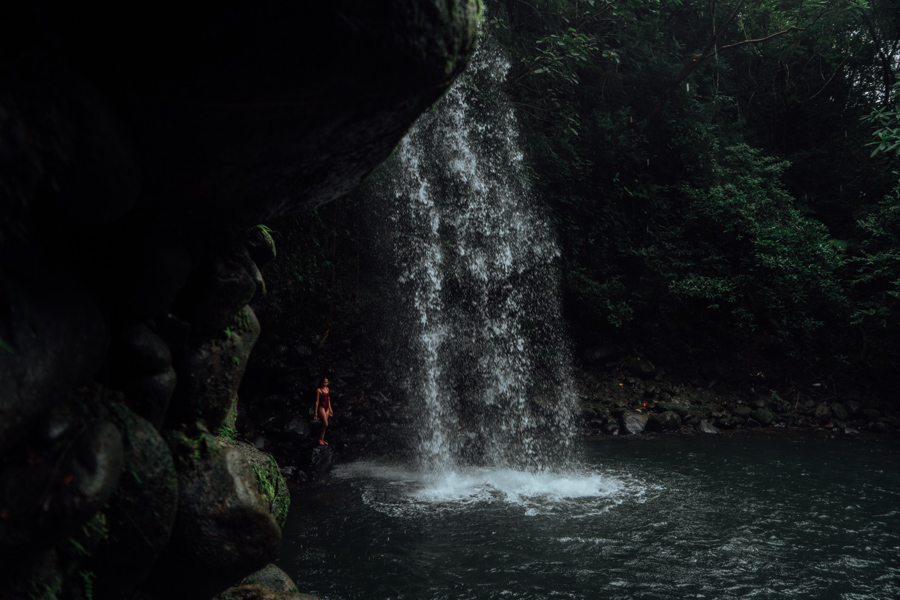 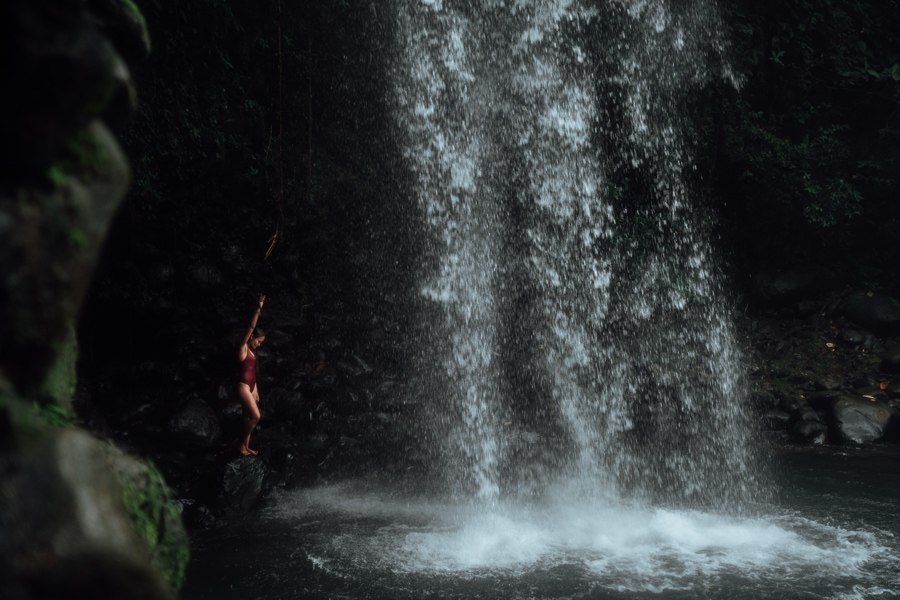 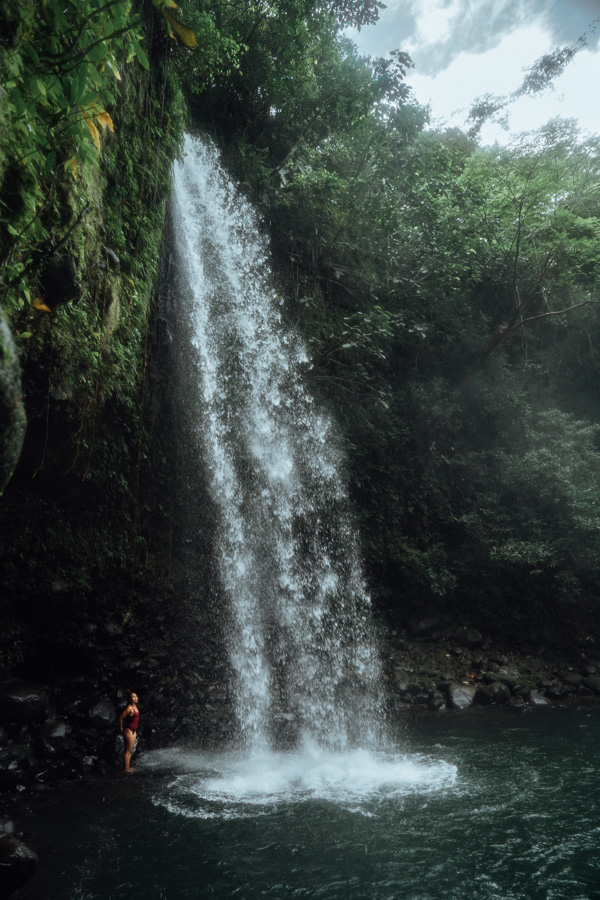 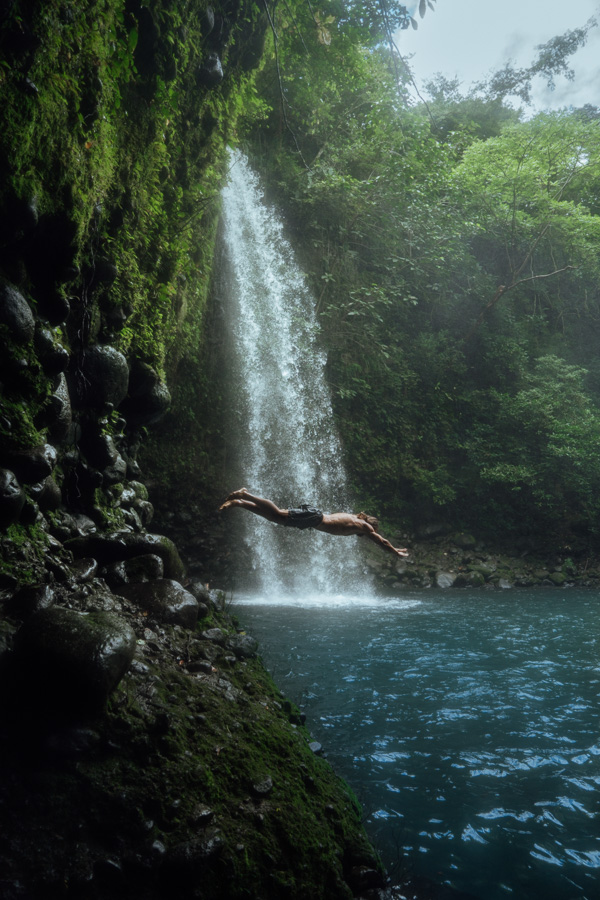