Sitting in the long grass on top of Cerro Picacho in Ola, we slowly watched the illumination of the epic ridges all around us until we had become ants amidst a golden glow in what is one of the most beautiful viewpoints in Panama.

Photos by myself and @jerryfit

At 4 am we woke up in the town of Ola and jumped in the car. It was dark but we managed to find what we thought was the entry gate. There were several gates on the section of road (on the map I’ve drawn below) near the ridge. We ended up heading down a few wrong turns but eventually found a small path that led us up the hill to the start of the ridge trail.

The trail begins to the right-hand side of the actual ridge and then you cut back left up a small hill for a few minutes until you reach the beginning of the trail. It is definitely not defined well due to the lack of traffic on the trail.

From here it became very defined and also very steep. The trail was very short but pure incline. We were literally walking up the crest with huge drops down on either side. Make sure you have a flashlight as a tumble down this hill will be very, very ugly. The trail isn’t difficult going up but it is very narrow and you are clambering up rocks that aren’t very steady. Coming down is a different story.

With about 30-minutes until the sunrise, we made it to the viewpoint where we found a flag from a previous hiking group. It was possible to continue on down the next drop and up to one more plateau. One of our mates did but it was pretty sketchy and most of us just stayed on the plateau viewpoint and set up our camera gear, enjoyed the pre-sunrise show and had a snack. 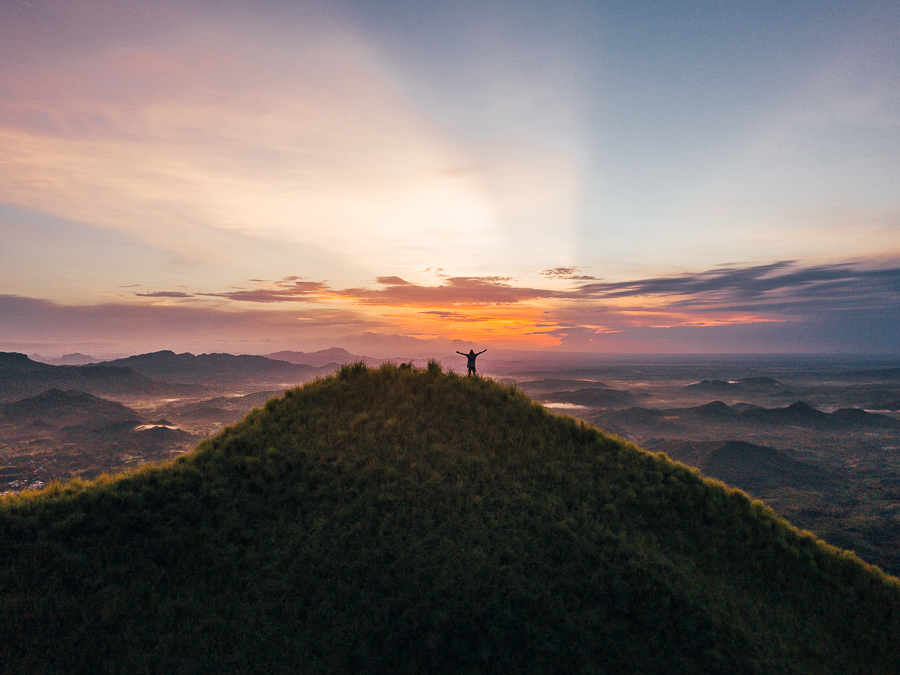 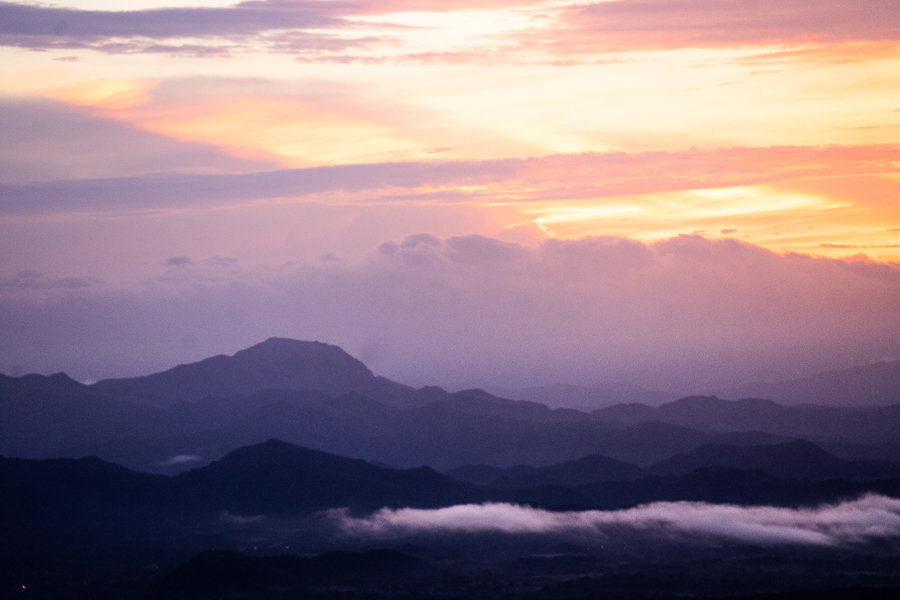 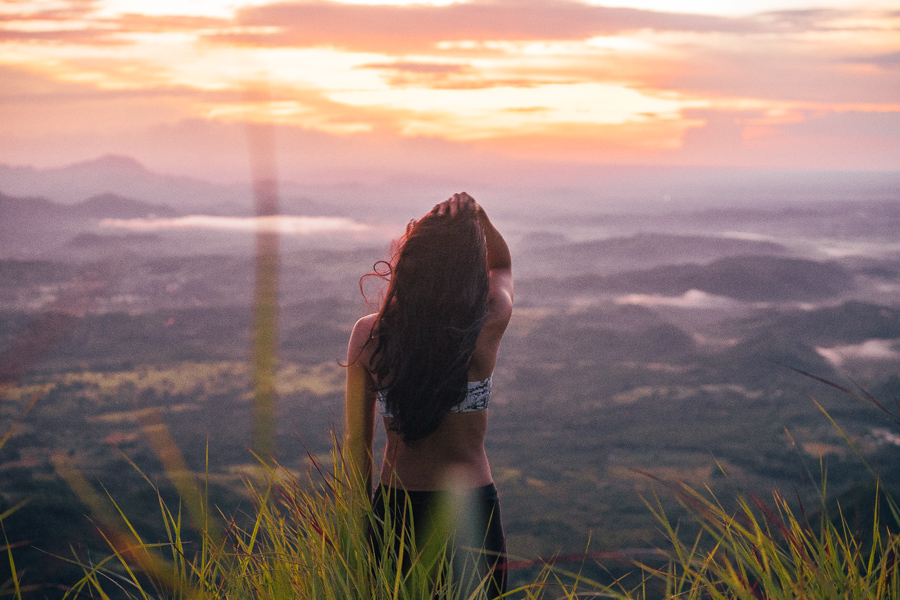 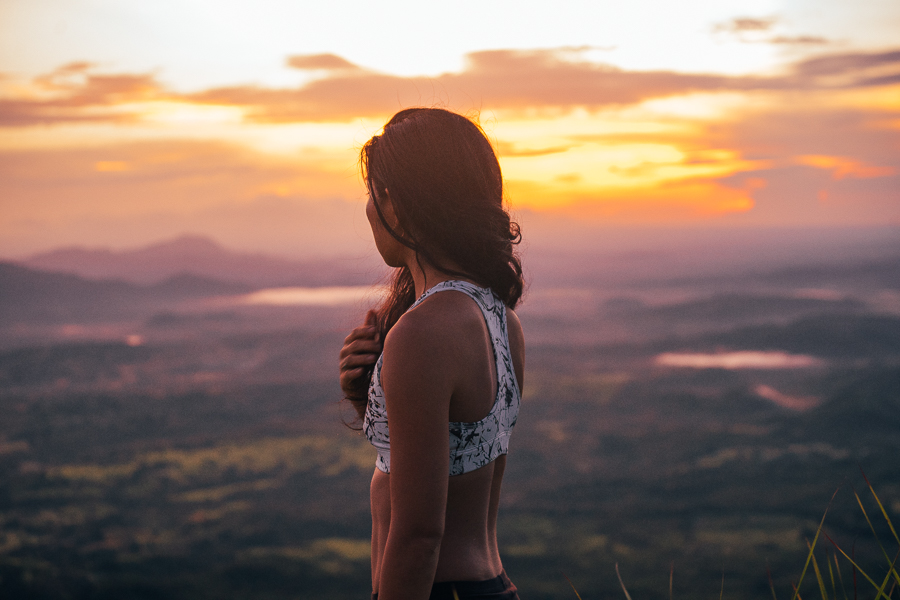 The sun rises directly in front of you lighting up the valley, which is littered with other epic mountains. Fog circled many of the bigger mountains and in combination with the layers of mountains, the view was incredible. However, the real view is right beneath you as the ridges of Cerro Picacho slowly take light and you can see the sharp ridges in all of their glory. It reminded me a lot of Kauai and the Na Pali coastline with the severity of the drop-off and the sharpness of the ridges. 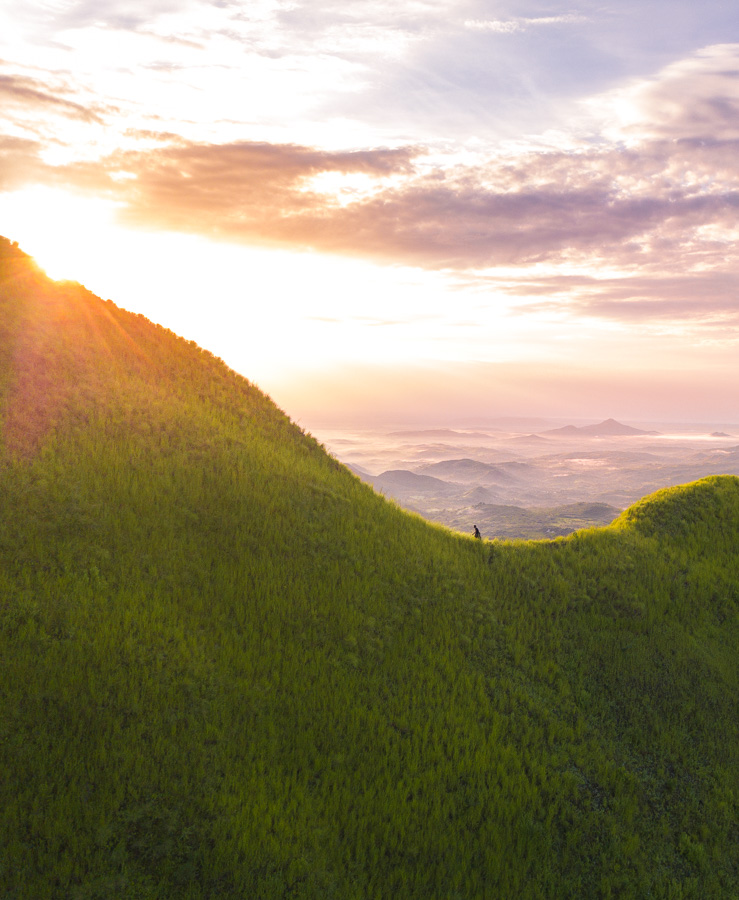 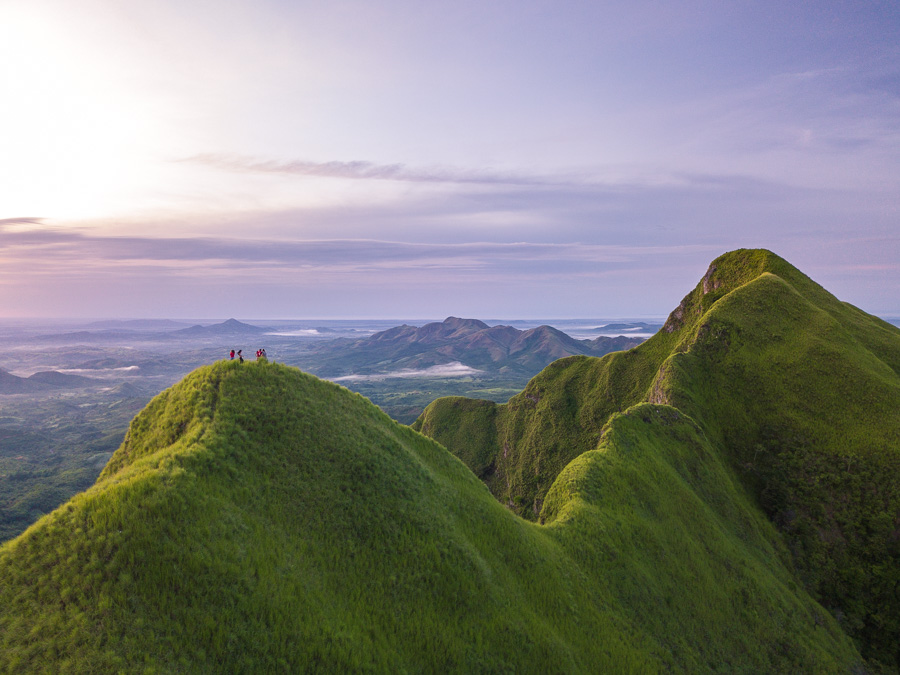 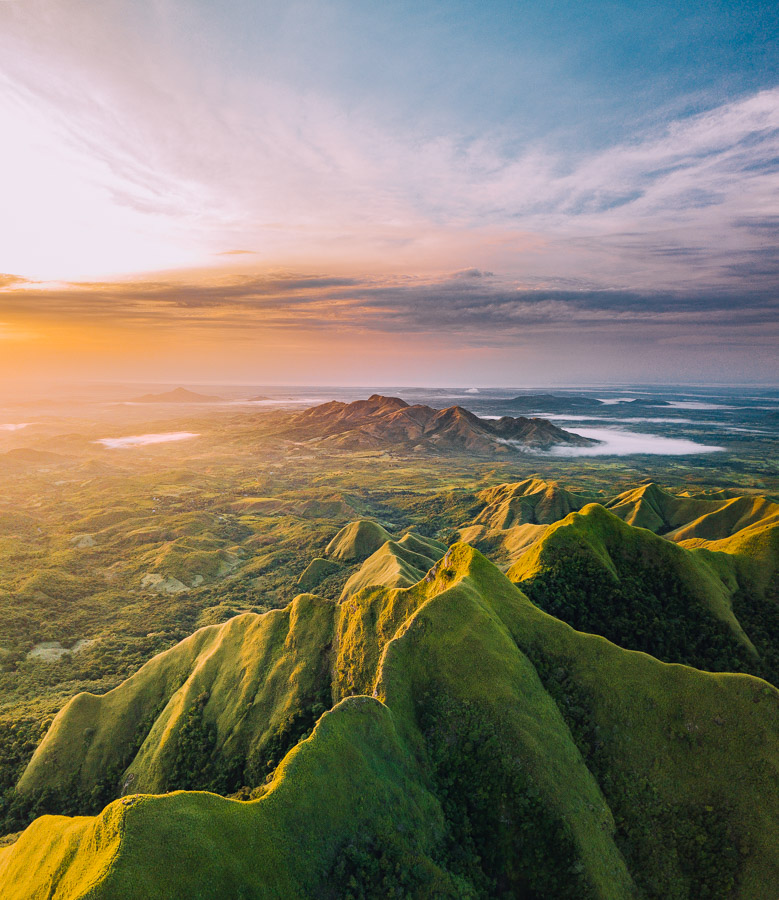 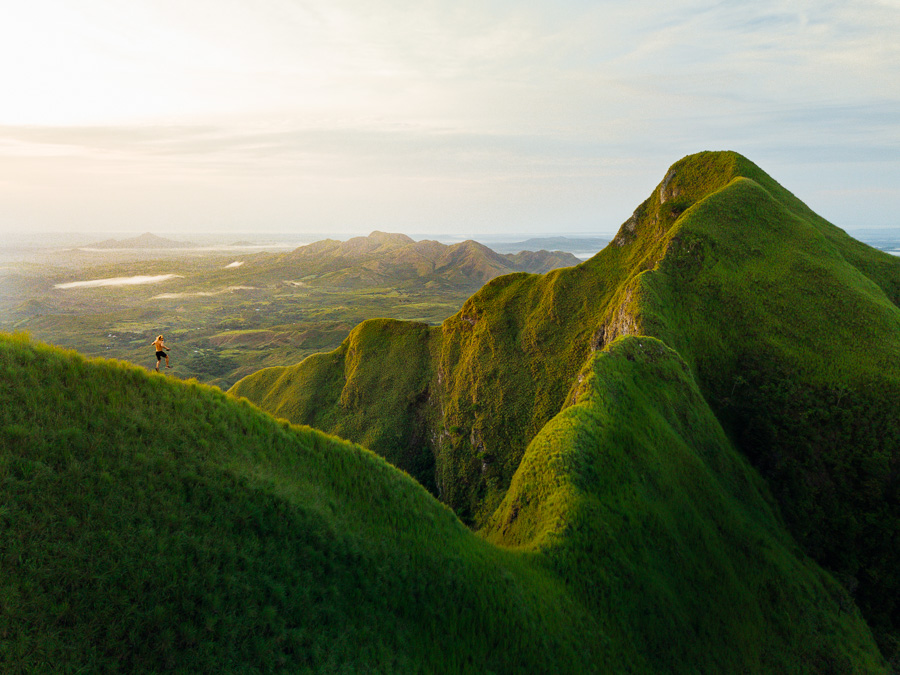 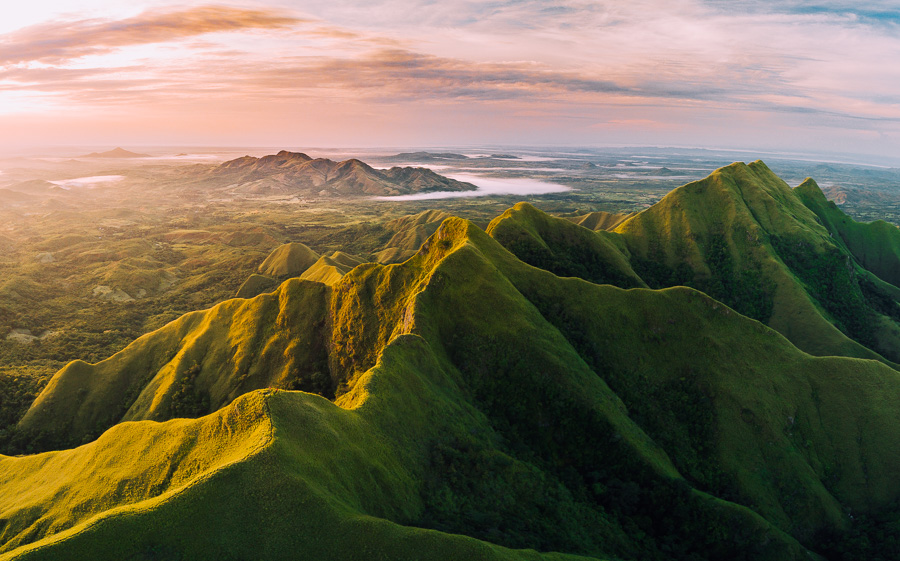 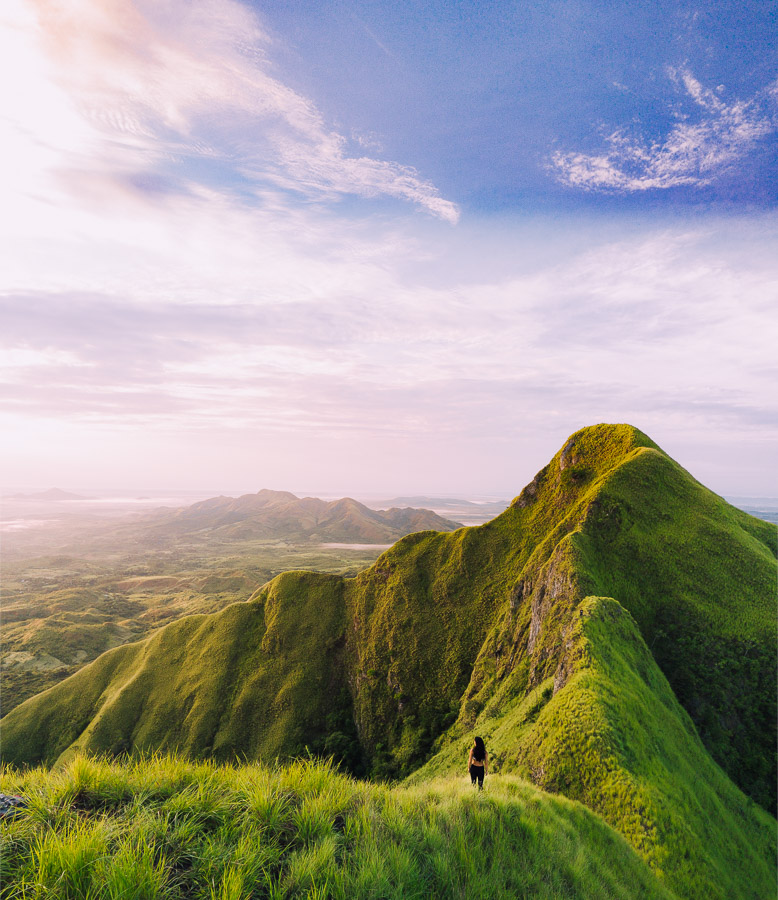 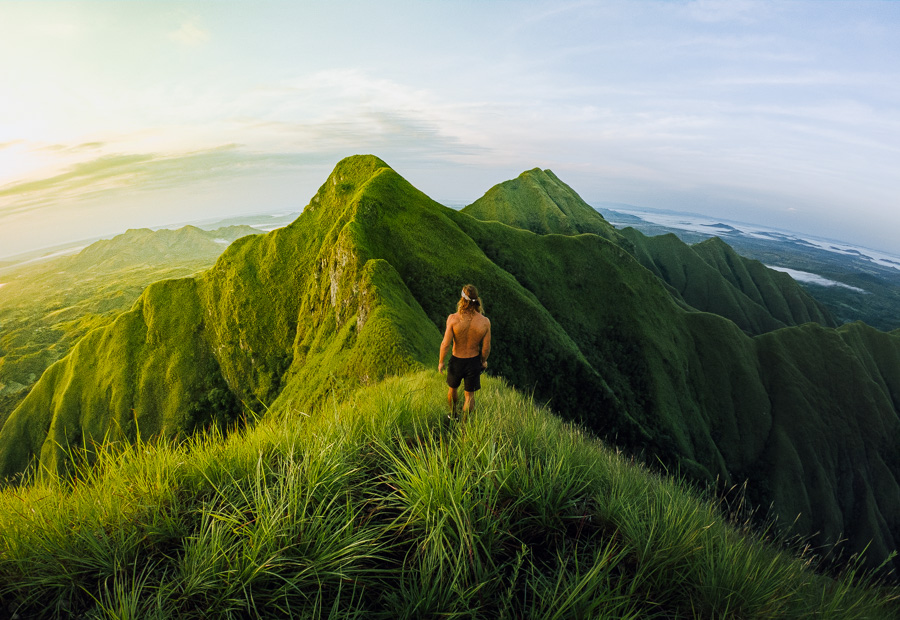 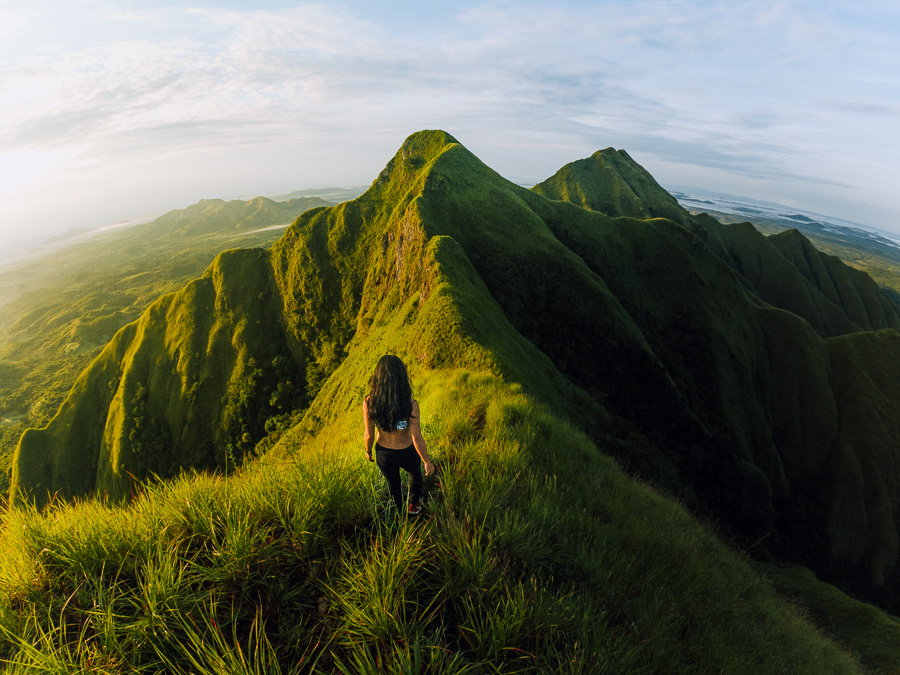 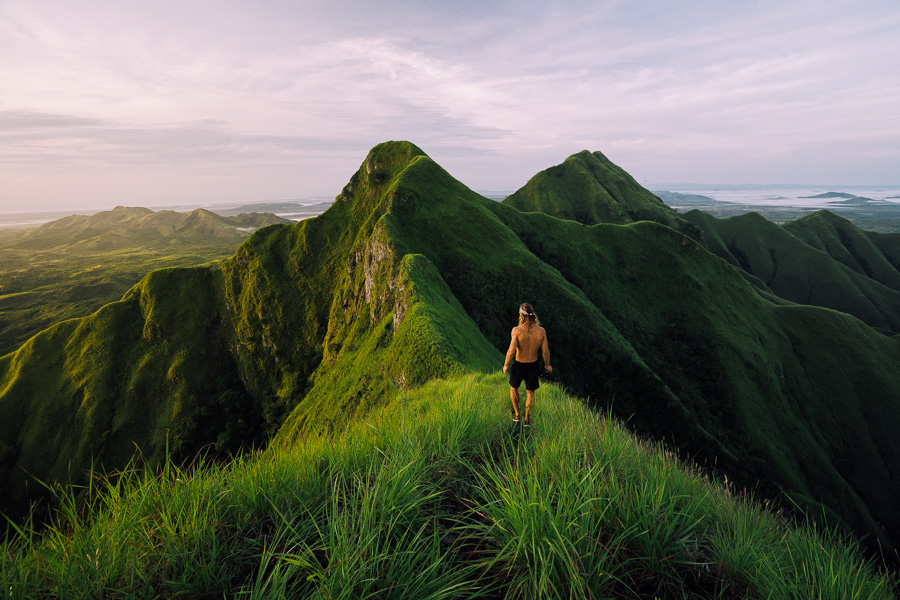 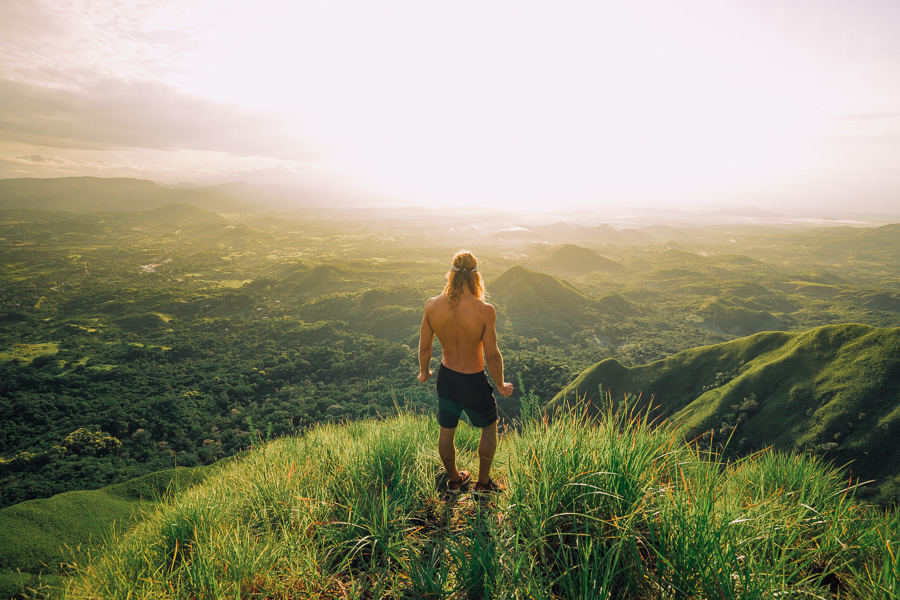 Because of these sharp ridges, Cerro Picacho hike in Ola became one of my favorite hikes in Panama. It was only short but the view was just breath-taking. It is like nothing you ever expected from Panama. Shooting here with the GoPro, Sony A7ii, and Dji Mavic Pro was just a dream. The lighting was perfect and the ridges made for insane scenes. I think this morning is one of my favorites photography wise as well.

The hike down from the viewpoint is pretty difficult, to be honest. You need to do a bit of crawling as it really is steep and crumbly. Take your time getting down this crest as, once again, the drops on either side are very, very dangerous. It only takes about 30 minutes to reach the top and about the same down but this isn’t a hike to rush. Take your time and be safe getting up and down Cerro Picacho in Ola. 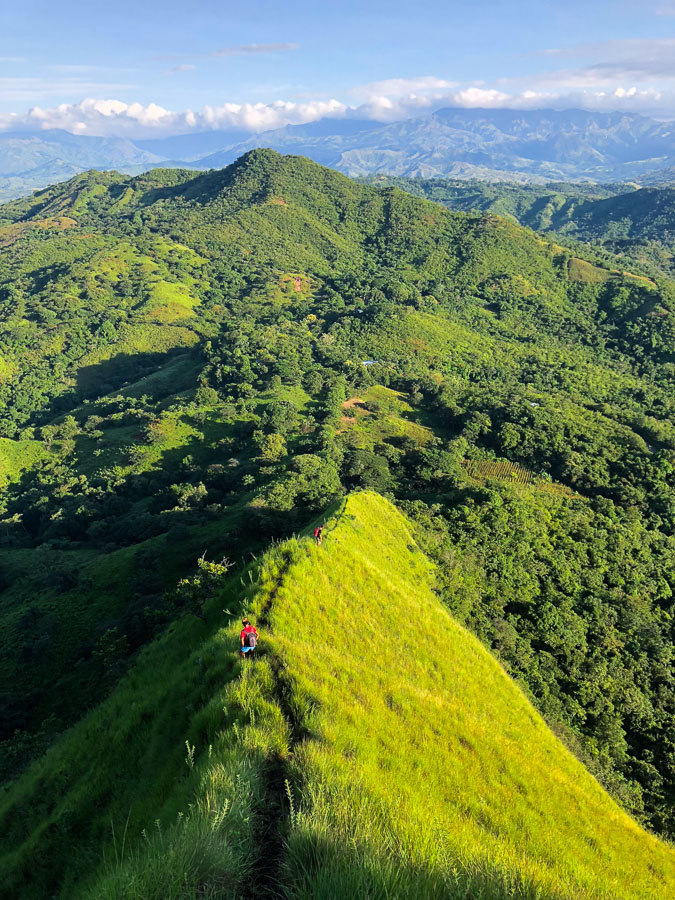 HOW TO GET TO CERRO PICACHO IN OLA

Below I have added a map with some instructions. The first thing you will need to do is visit Theodoro the property owner and ask for permission to climb Cerro Picacho. Ultimately it is up to him. He didn’t charge any fee but my begin charging a small fee soon for maintenance costs. Theodoro’s house is near the X. You will need to ask in the area for Theodoro. I have also marked the trail that goes directly up the ridge. To get to the main trail on the steep ridge you will need to enter through a gate that has barb wire. You can lift the gate down and re-attach it once you enter. There are two gates like this. We struggled to find the correct trail but there is a decent little trail once you are on it. The gate is visible from the road but there is no sign. On the map below the trail is a straight line but the early part of the trail actually heads a little bit to the side although it seemed there were multiple access points to the first part of the steep trail. 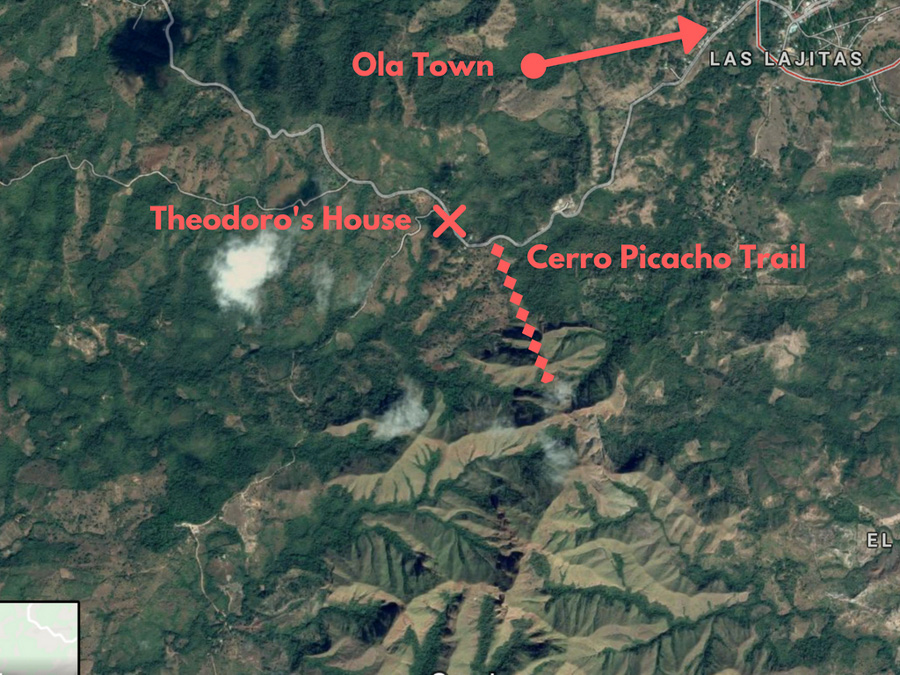 CONTACT JERRY THE LOCAL GUIDE (MY BEST FRIEND IN PANAMA)

If you need a local guide or are looking for tips to travel through Panama I suggest contacting, Jerry,  one of my best friends from Panama.  He runs group tours to off the beaten path locations like Escudo de Veraguas and Bayano Caves. He is a local, indigenous guide who is incredibly funny, honest and knows Panama by the back of his hand. We explored all of Cocle together and went on some insane adventures and he became like a brother to me. If you have any questions or want help, tours, guides or tips he is your man.

As you can see on the map below, the cluster of ridges is Cerro Picacho. It is just below the town of Ola. 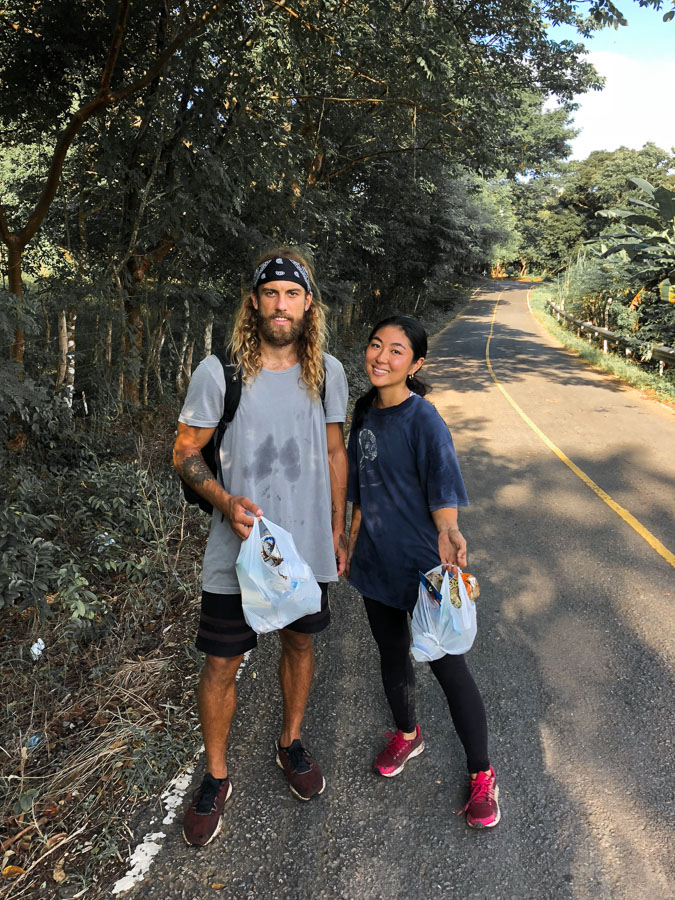 Uauh! This is an amazing blog! Very helpful for all of us wanting to discover Panama. Great work! I would like to know what would be the best way to get there by public transport. Thanks

Can you tell me where you slept in Olá ?! We haven’t found anything to book on the Internet !

Dear Jackson, where do you slept in Olà Town? I cannot find there any accommodation. Sincerely Luca

Think we’re 2 hit me if you got anything new !