Cerro Cedro is arguably the best viewpoint of Panama City. At just over 500ft above sea-level, you will have great views of Panama City, the business hub of Central America. The part I love about this viewpoint is that you are seemingly in the Jungle staring out at the metropolis through the branches. Howler monkeys scream nearby to confirm that you are indeed in the wild despite your proximity to the urban jungle.

WHERE IS CERRO CEDRO

Cerro Cedro is only a short drive out of the Panama City Center. It is in the Metropolitan Natural Park (Parque Natural Metropolitano). Below I have pinpointed the location on Google Maps. There are a parking lot and an entrance fee of $4.

Cerro Cedro opens at 630 am and has an entrance fee of $4. However, the day before our adventure, we went into the office and asked if we could hike for sunrise. This meant we wanted to begin the short hike at 530 am. The man in the office said we would have to write a letter to the minister and wait for it to be approved. We laughed and said no thanks. He also mentioned that there is security but maybe not that early. This was an interesting point to mention and we decided to just try our luck at 530am and if the security was there we would just wait till it opened at 630am.

We arrived at 530am and there was no security so we just walked straight up to the top. Of course, we caused no issues so no harm was done. A group of joggers arrived at the summit before opening time also. It was worth starting early as you can see all of the city lights on before the first light starts to creep in. 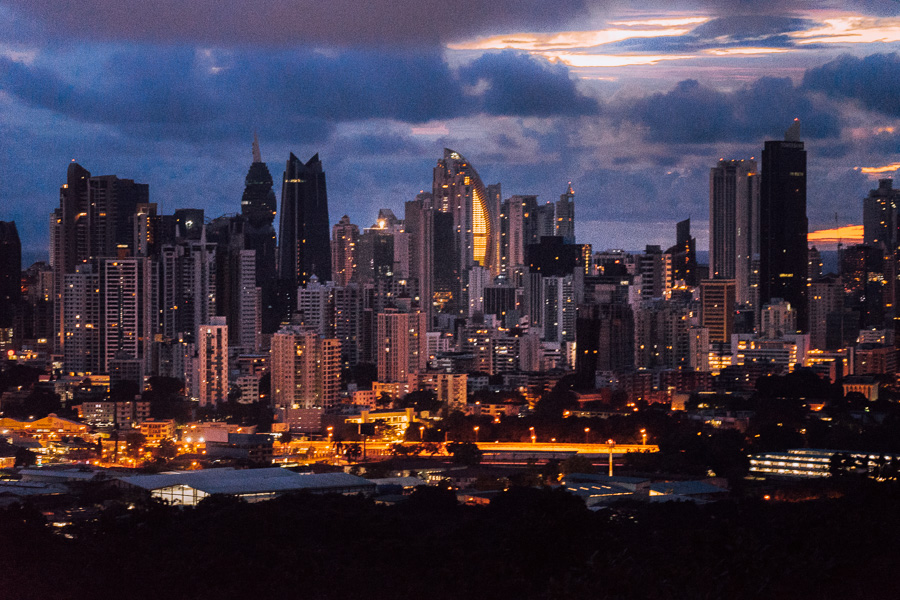 Cerro Cedro, or Mirador Cedro in Spanish, is my favorite viewpoint of Panama City. The most popular viewpoint is Ancon Hill (Cerro Ancon), but the views at Ancon are a bit hidden behind the trees. It’s great they have kept it natural but for a viewpoint you are looking for those unimpeded views.

Cerro Cedro has a collection of trails that wind through the Metropolitan Natural Park. We took one route up and another down, which gives you a better chance of spotting wildlife. The path to the top will take you about 30 minutes and while it is steep it is one of the easiest hikes you will do in Panama.

We reached the top before 6 am to beat the sunrise and managed to see the night lights of Panama City as a purple glow contrasted against the orange lights of the city. It was definitely worth the early wake-up. Slowly the light crept across the city and even a little splash of color came through thanks to the sunrise. 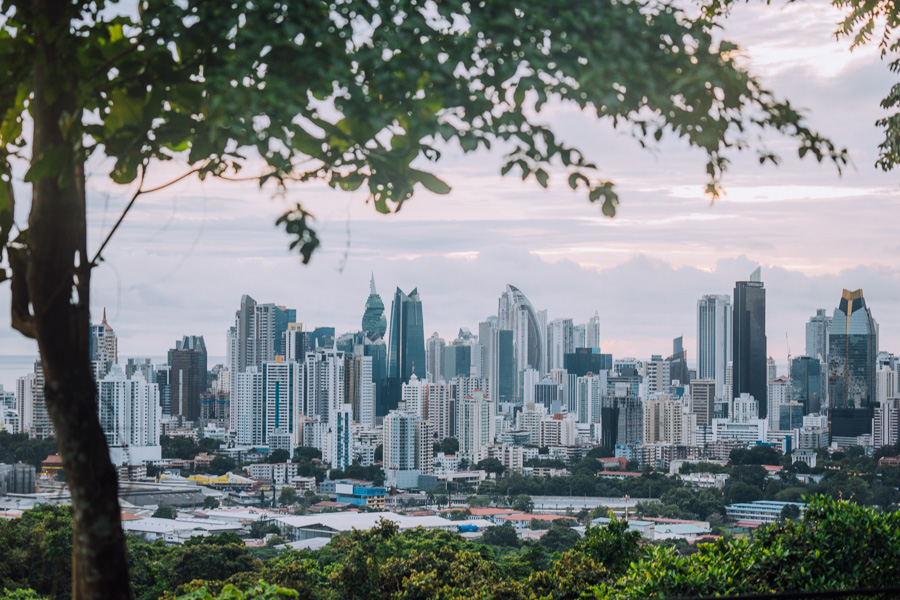 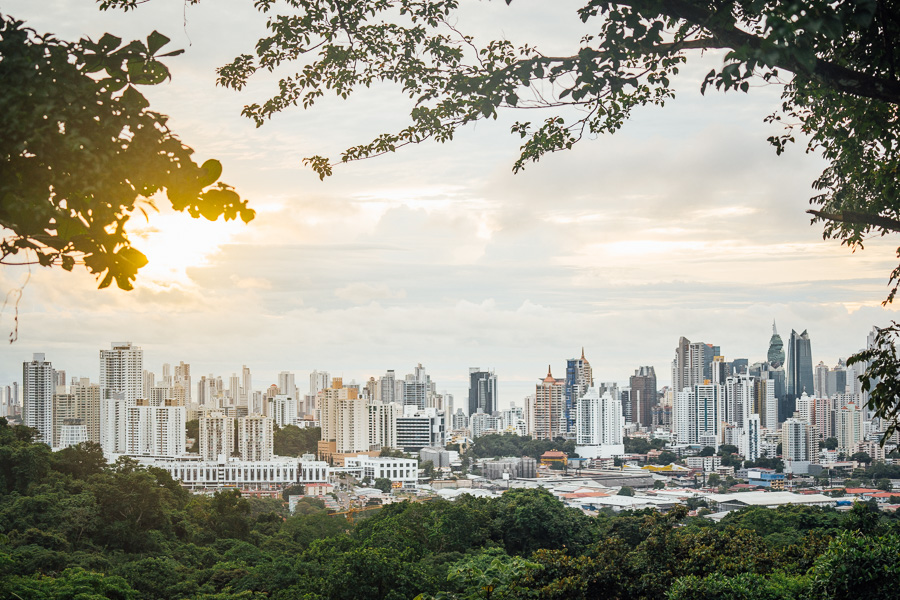 At the top, there are a few benches and a viewpoint that looks out over the jungle towards the city. Before the light had come through we could hear howler monkeys in the jungle below. It was a great contrast between the jungle and the city as the bright night lights shone back at us as we listened to the Howlers screaming!

I flew the drone out above the jungle to have a look at how vast the Metropolitan Natural Park is and found a cool angle to show where the city stops and the jungle begins. I think Panama has done a great job at keeping natural parks and jungles close to the city despite being a huge business hub of Central America. 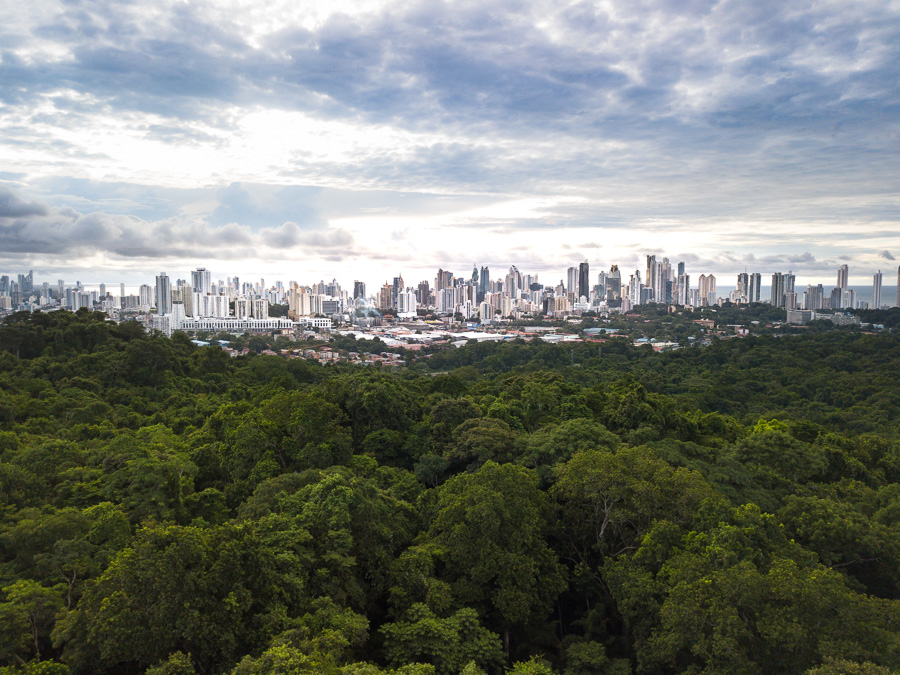 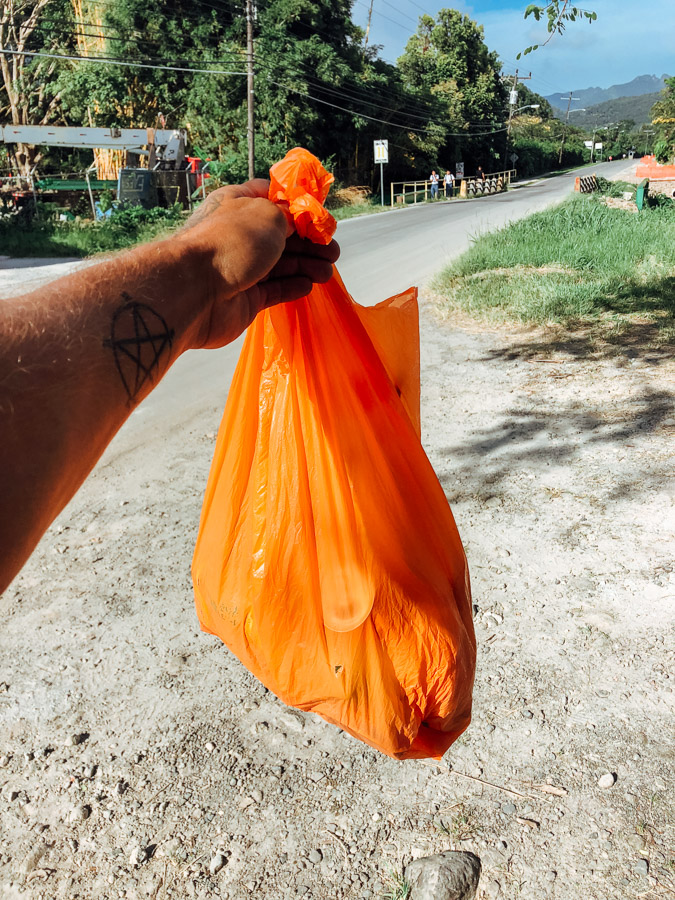