It was another day another waterfall in what is fast becoming one of my favourite towns, Boquete. A few new friends picked me up from the hostel to head out on a waterfall adventure in Chiriqui. We were exploring the massive Cabello de Angel Waterfall, which translates to the hair of the angel.

We drove down from Boquete to David before heading off towards the Costa Rica/Panama border. Cabello de Angel is right near the border, we even had to go through Panama border security in the car. TIP: Bring your passport. They weren’t keen on my Aussie driver’s license.

The drive took about 1.5 hours total and we made it to a small house on the side of a hill. We parked and chatted with the local family, pet the dog and then set off down the hill. There wasn’t a trail, or if there was one we weren’t on it. We bounded down through the fields, dodging cow shit and potholes. 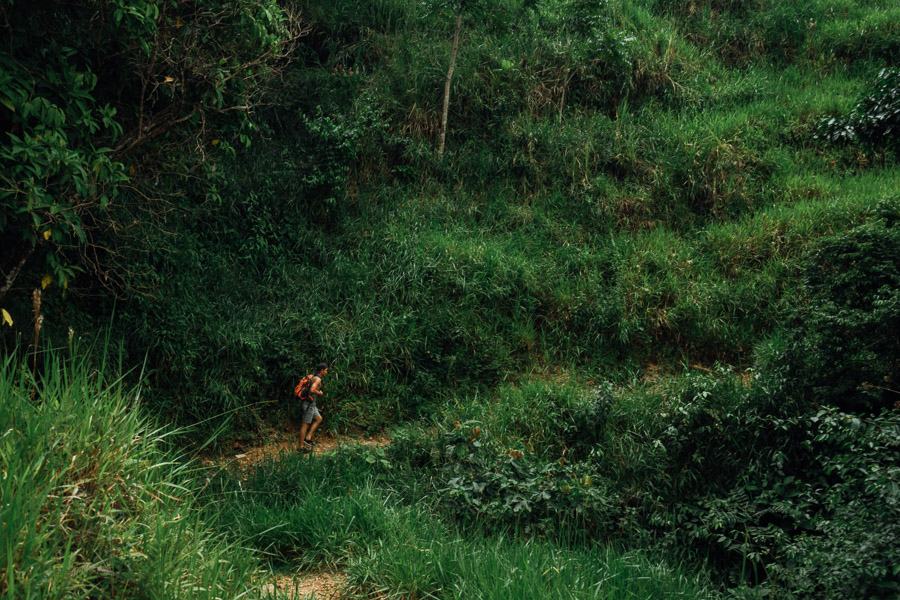 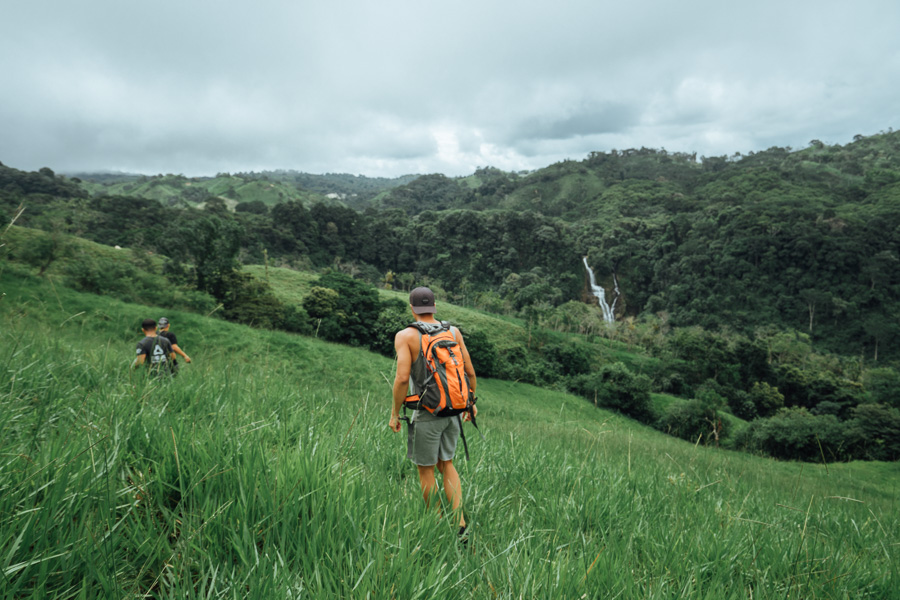 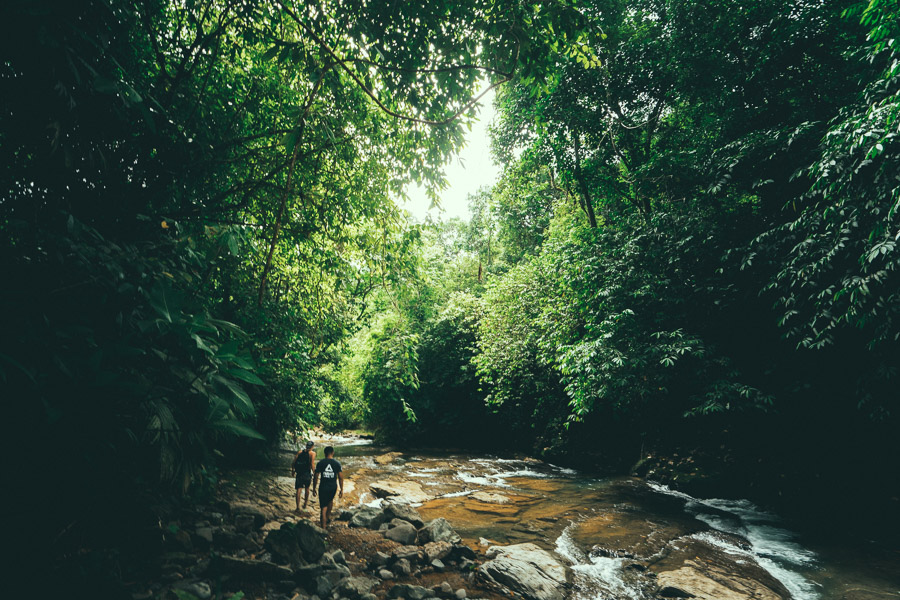 After jumping a few barbed-wire fences, we made it down to the river in about fifteen minutes. It was here that we could hear the sound of the howler monkeys who weren’t happy about us invading their river. They never came to close to us. I stood and watched them for about 20 minutes. Every time I moved position slightly, they would climb around the trees and find a little hole to view me from. If we made eye contact they would jump away and climb to a new vantage spot. We played this game for a while and eventually I managed to grab a frame of one of the monkeys before they leapt away. 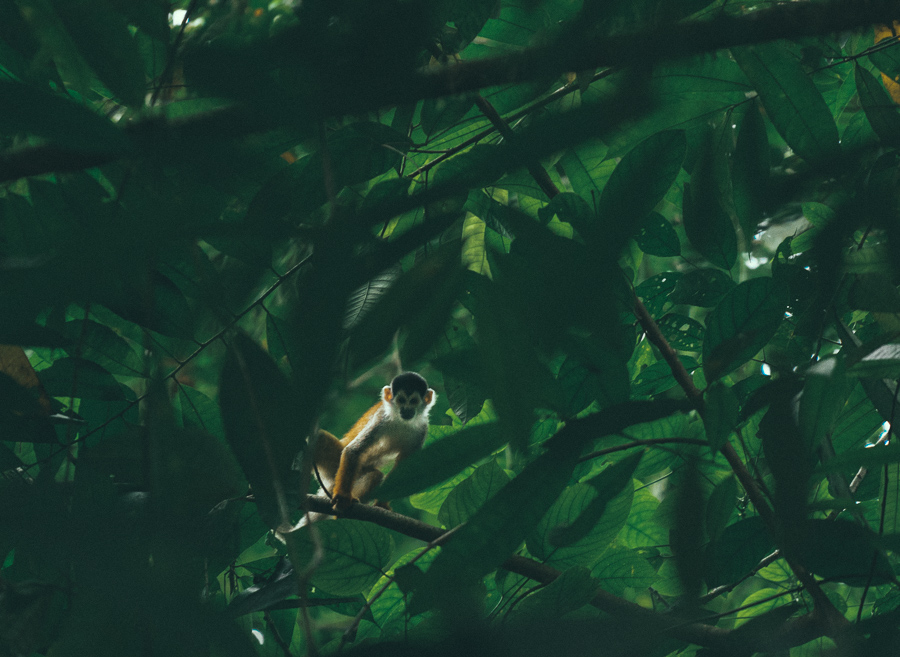 After the monkey antics, I continued to clamber over the slippery rocks to catch up with the boys who had already made it to the waterfall. Before I even turned the corner I could hear just how aggressive the waterfall was.

It was huge! It flowed from two different sides and then converged into one, an almighty powerful force that rocketed into the pool below. The mist blew everyone and the rocks were incredibly slippery, which made it a fun experience but incredibly hard to shoot. Remember to bring a lens cloth and keep it in a waterproof pocket. You will need it between every shot. 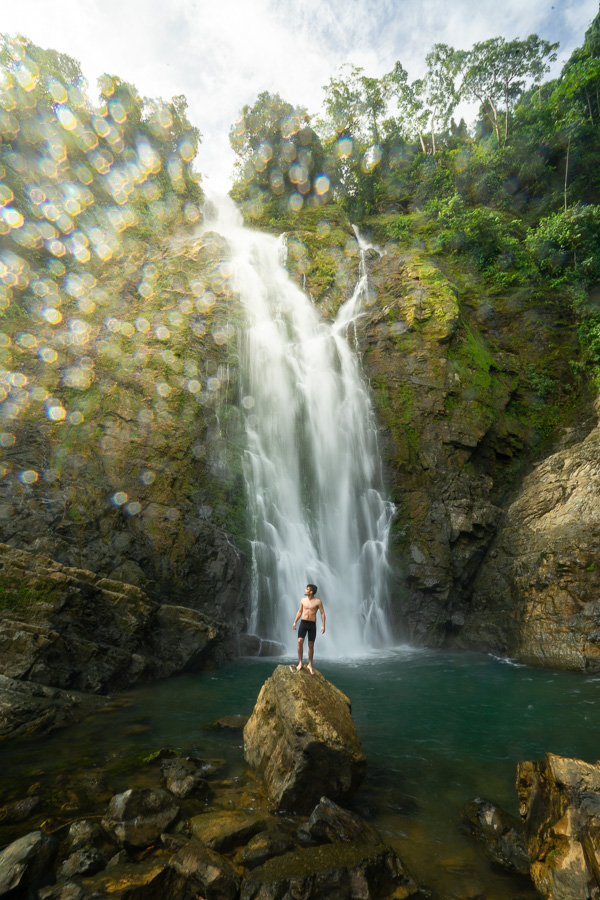 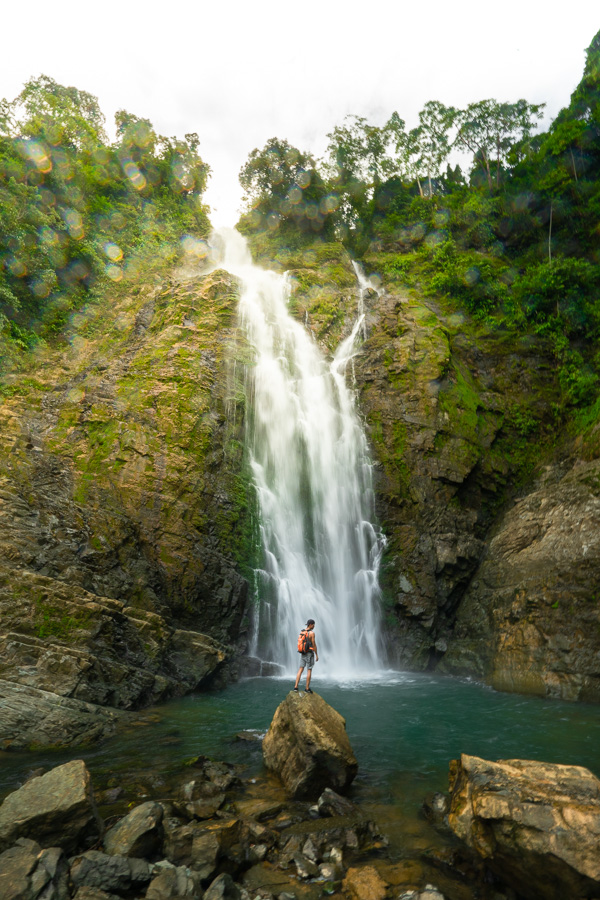 On the left side of the pool, it was deep enough for some small cliff jumps. First time in Panama! It was only a couple of meters but it was good to be upside down again. Here is a shot I grabbed of one of the boys diving in. 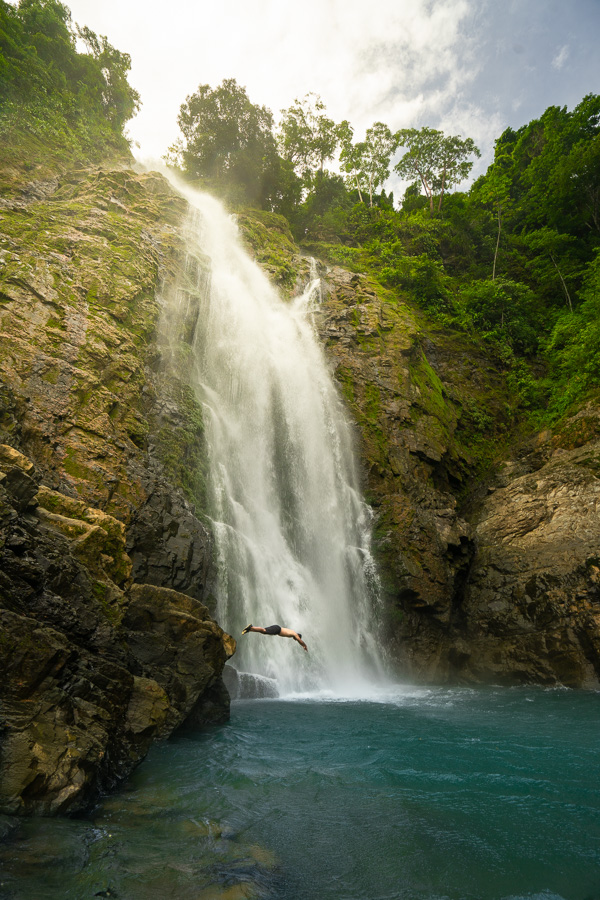 Not satisfied with just one waterfall for the day we made tracks for a second. Nearby was Salsipeudes waterfall. As we parked the car it started bucketing down with rain. We left everything but the GoPro in the car and starting bolting through the fields and the jungle towards the falls amidst the storm. When we arrived the waterfall was hammering down and the atmosphere was pumping with all of the extra water from the storm we were weathering. This waterfall flowed throughout many different gaps in the wall but did have one main waterfall, which was aggressively crashing into the pool below. 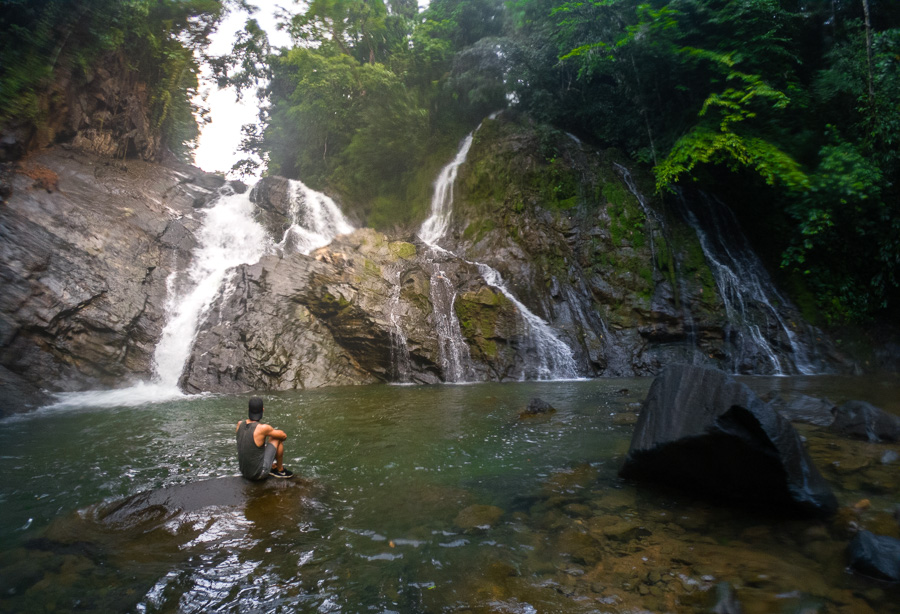 Below is a map from WikiLoc, which is an App that lets you plot your route for others to see. It isn’t always perfect but can often be handy. This one was pretty spot on.