We love Instagram and probably spend a little too much of our time scrolling through our favorite app. However, many of the most amazing things that have happened to us in the last year were because of the people we met on the popular photo sharing app. We have met so many amazing people and have been lucky enough to be part of so many unreal adventures thanks to Instagram. I have received an internship with Blue Planet Foundation and now work with many local businesses because of my involvement on Instagram.

What began as a creative outlet to share our adventures and my journey as photographer has fast become a way of life and a portal to share our favorite moments with thousands of people from all over the world and we wouldn’t change a thing! I was initially inspired by a some of the best Instagram accounts by people who seemed to be spending all of their time enjoying amazing adventures as their feed was full of incredible locations and equally amazing images.

Travel has long been a getaway for many, an adventure for others and for a lucky few it has become a lifestyle. With the rise of Instagram, more and more talented photographers and explorers are generating an income by sharing their adventures with their followers and the world. Millions of people are spending their spare time glued to their phones in awe of the beauty produced by travel Instagrammers. There are photographers using thousands of dollars of equipment and others who are using the same camera phone that most of us have in our pocket. Here are 10 of the best Instagram accounts that will inspire you to pack your bags and explore this amazing planet. Click on any of the images to visit their Instagram feed.

Jonathon Lolos is a world explorer who is always on the move. His account features landscapes, natural wonders and his adventures are depicted with great detail and composition. After spending two years in Australia and New Zealand, Lolos then experienced the amazing culture of Jordan. Often sharing photos of his modest accommodation – a two-man tent – Lolos is able to share the connection he has with nature, with his 282,00 followers. 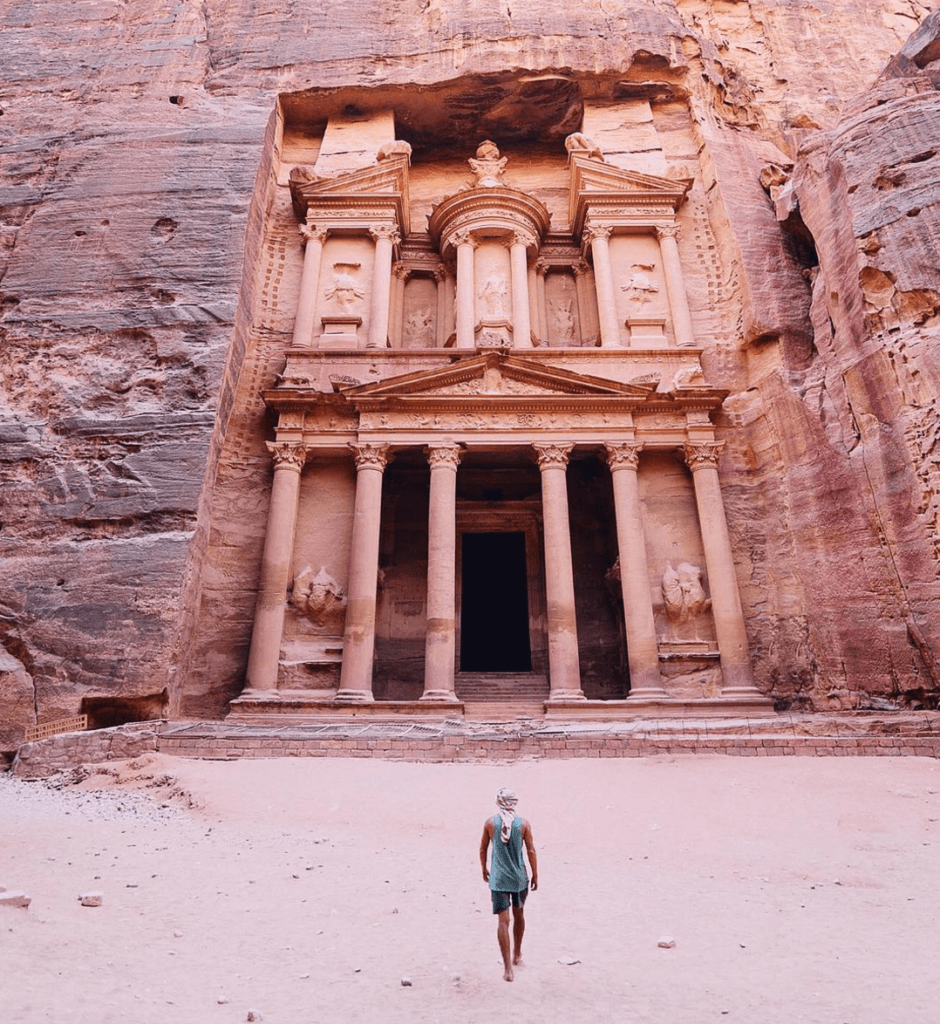 More than one year ago, Travis Burke packed up his life into a van and set off on a one-year road trip. One and a half years later, he has become a motivator, aiming to inspire people to get outdoors. Burke shares candid hiking photos of his companions, long exposure starscapes and most commonly, his unbelievable campsites with his 367,000 followers. 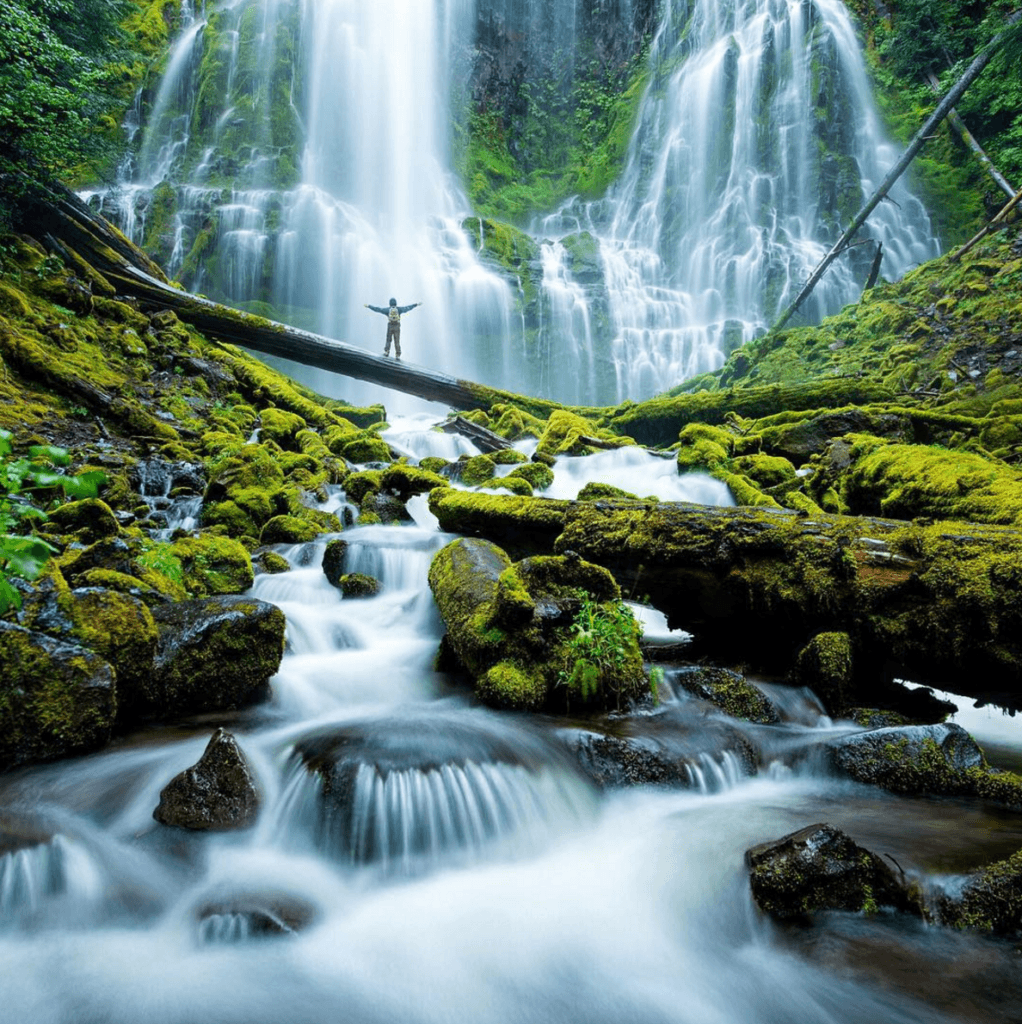 Going only by the first name of Quin, he has diagnosed himself with a bad case of wanderlust according to his website and his adventures have surely given his 248,000 followers an infection of jealousy. Road-tripping around America, Quin is an adventure junkie, taking photos on thrilling hikes and back flipping off giant cliffs into waterfall pools. Along with his travel-inspiring photos, Quin likes to offer life-lessons and motivational thoughts to his followers. 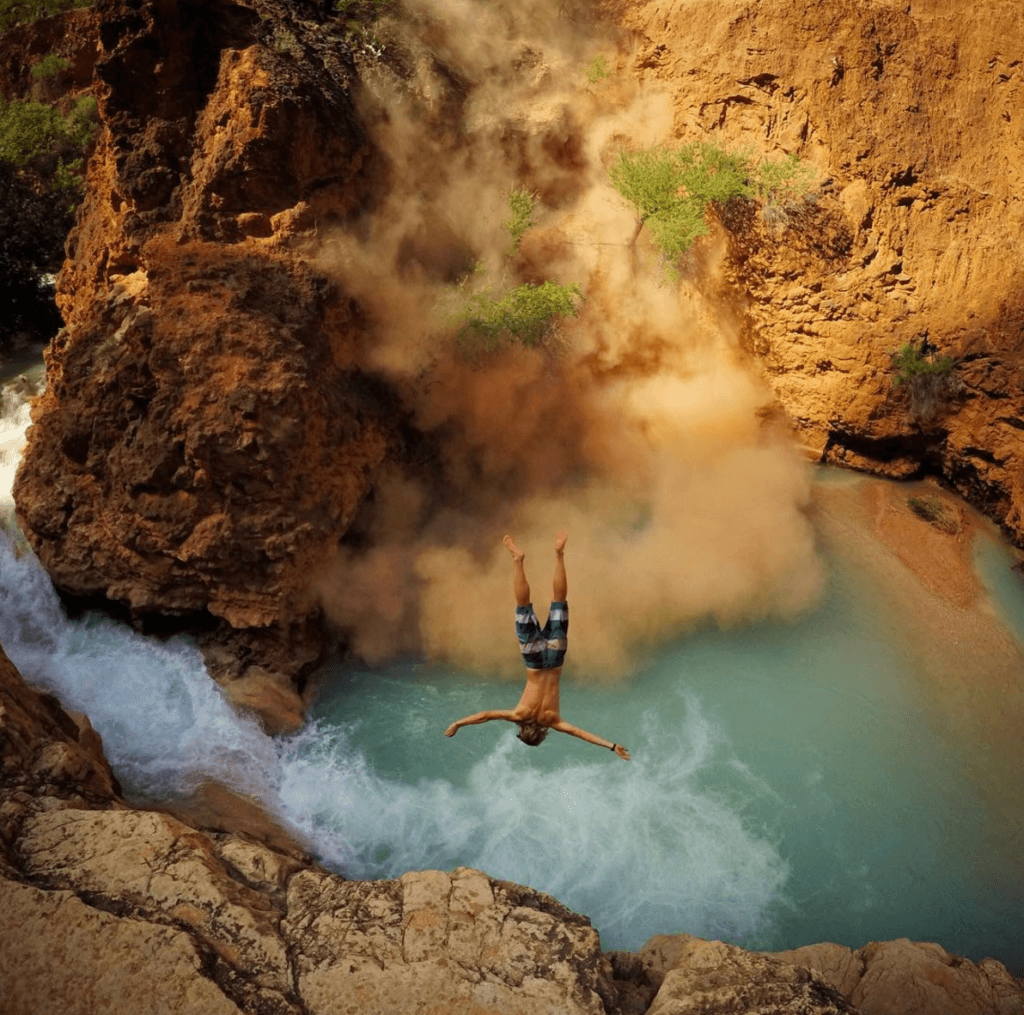 Chris Burkard has made his way through countless countries shooting in a variety of styles. His latest foray into aerial photography has enabled him to expand his capabilities and create photographs from never before seen perspectives, which he shares with more than 1.6 million followers. According to one of Burkard’s Instagram posts, it wasn’t that he had to learn to shoot from an aerial angle; it was that he had to learn to fly the drone. 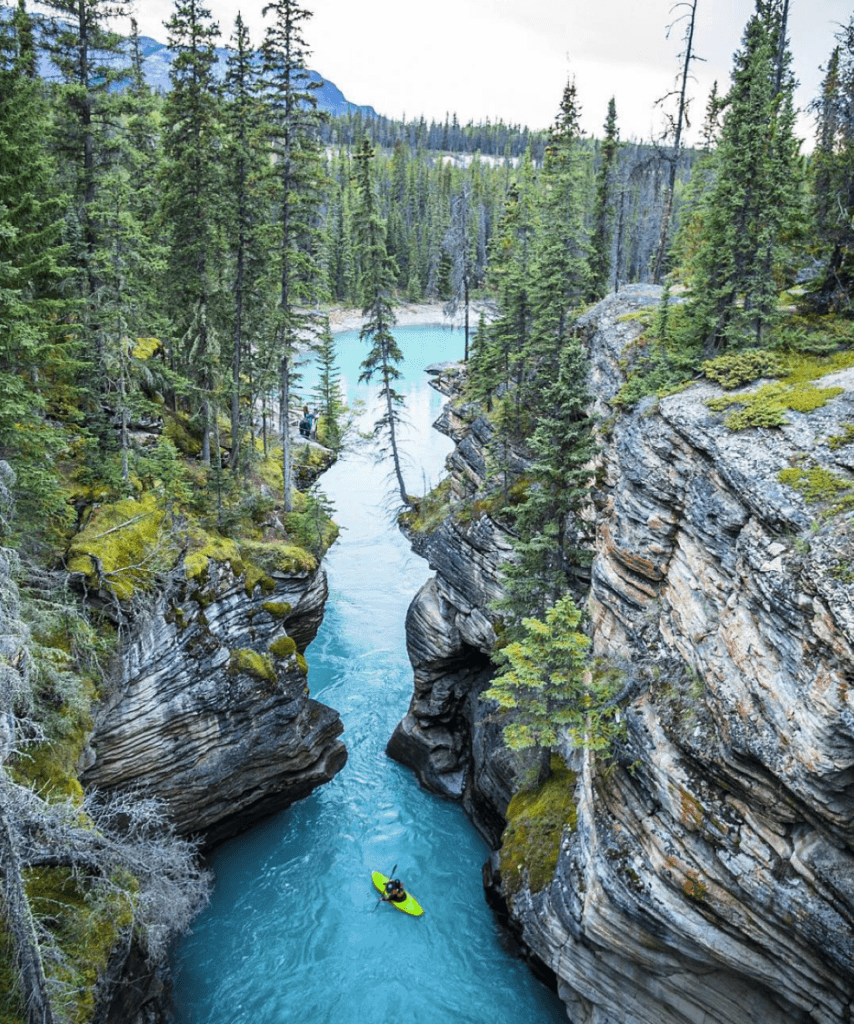 Traveling under the name @lovedeathtravel, a name inspired by Jim Morrison, this relatively unknown Instagrammer can really make you question your life choices. From the coast to cliffs, this is one of the most beautiful travel accounts, which amazingly, only has about 5,949 followers. From Yosemite National Park to Safari in South Africa, @lovedeathtravel is a curious adventurer with an eye for grandeur when behind the lens. 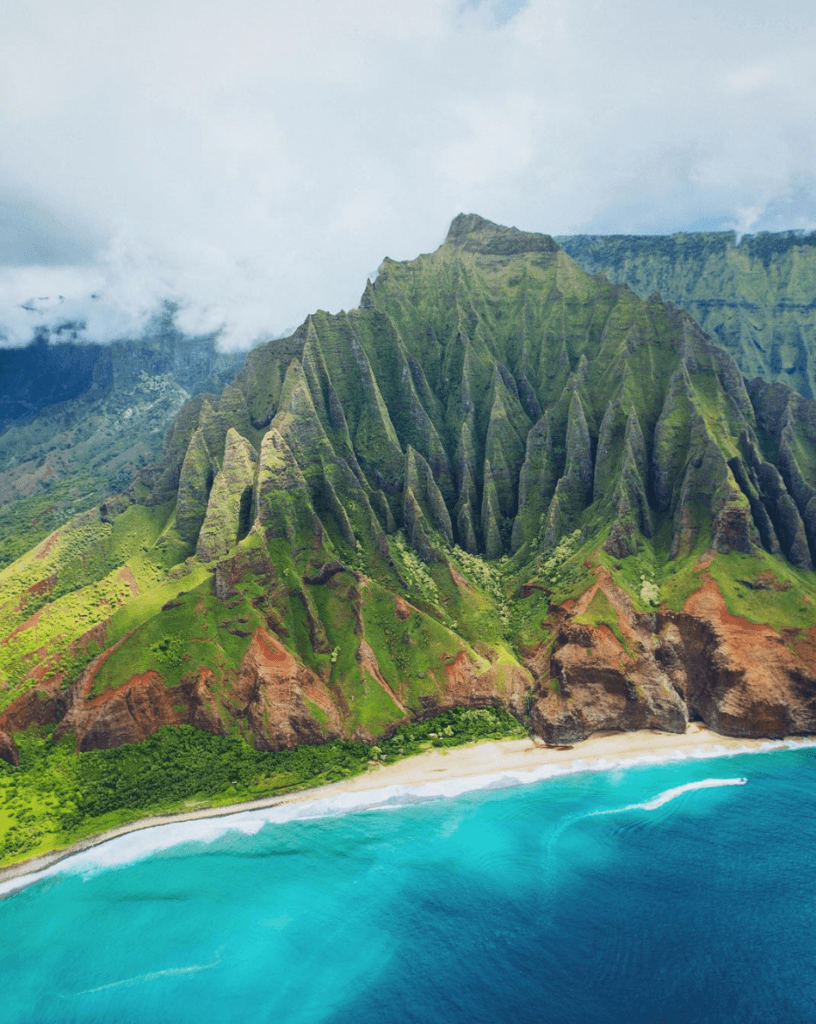 Gareth Leonard describes himself as a world traveler who counts relationships formed over countries visited. Leonard tries to have an authentic experience where possible, as suggested by his username @tourist2townie. He shares candid moments on the streets immersing himself with locals as well as  some jaw-dropping natural and urban landscapes with more than 10,600 followers. 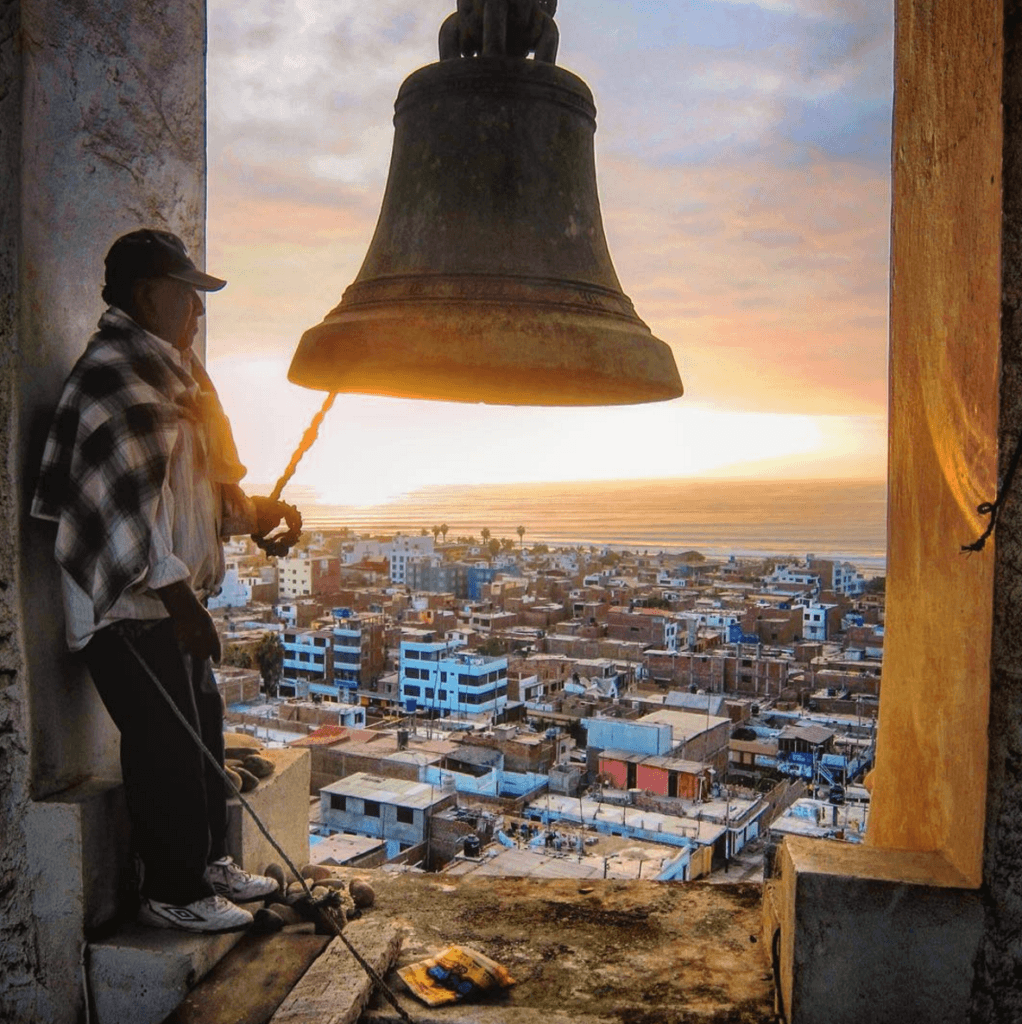 Going by Shandra, and a creative title @howiwishiwasafish, which describes her love for the ocean, this girl really is an adventurer. Her love of the ocean and those that call the water home is insatiable. Shay has countless photos with sea-creatures, such as sea turtles, sharks, fish, manta rays and whales. She shares her travel adventures and underwater moments with 31,700 followers. 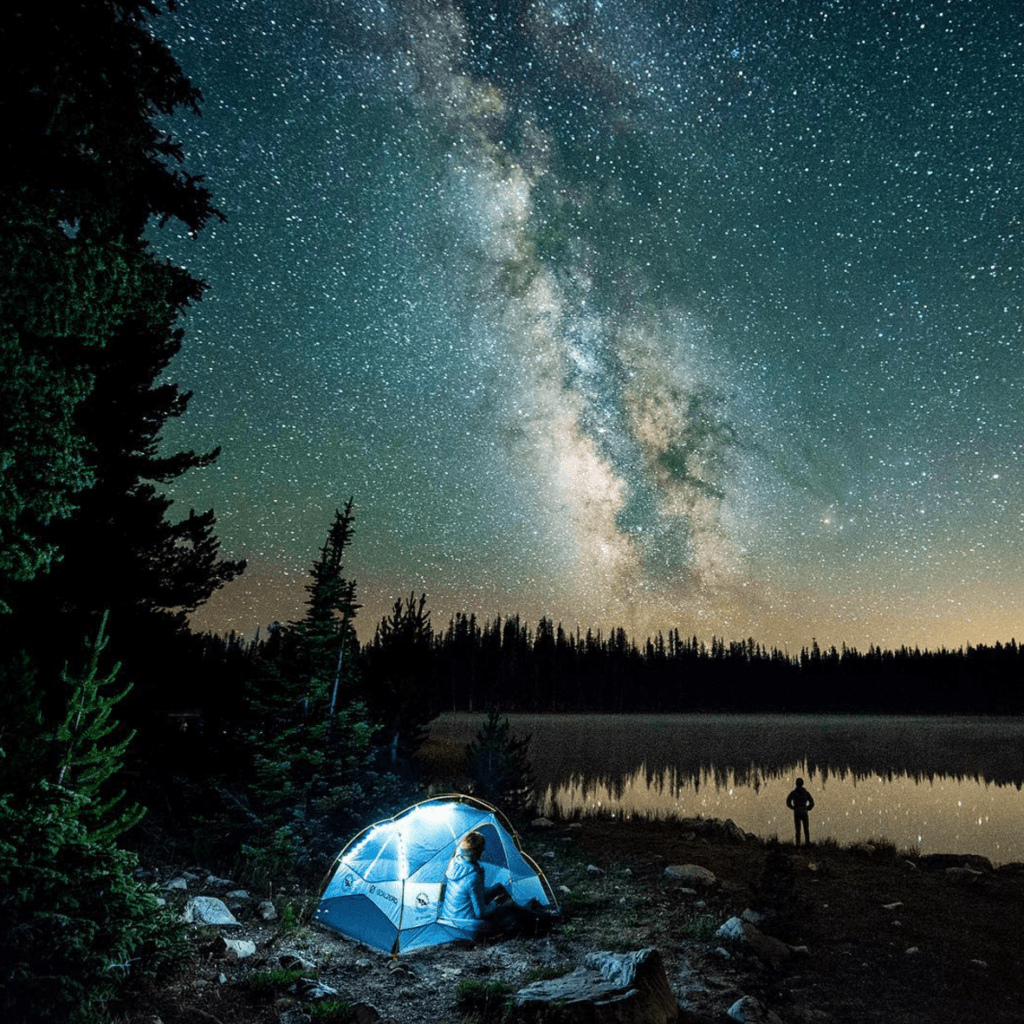 This guy and his crew are so cool it is hard not to wish you were in their camper van. Aidan Klimenko and his friends are on a photographic exploration of America, traveling in their portable accommodation. Everyone has thought about packing their world into a van at some point in their life, but these guys have done it and Klimenko is sharing some unusual, isolated campsites and remote destinations with more than 7,544 followers. 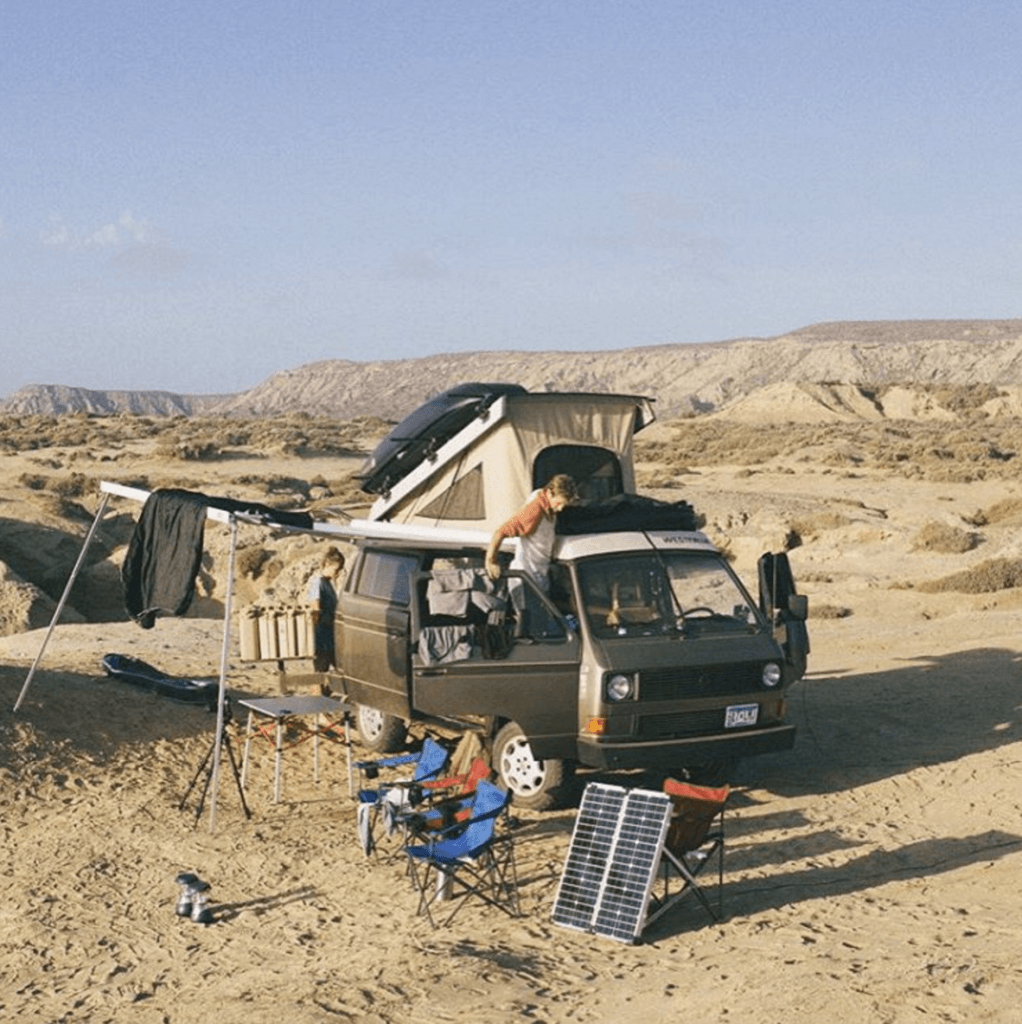 Jeremy Foster calls himself a professional adventurer on his Instagram @travelfreak_, which features shots of his experiences from popular tourist destinations around the globe. As well as being a guru behind the lens, Foster also runs a blog with travel tips, destination reviews and general travel information. Foster has a very original style with few staged shots, seemingly snapping as he goes. This style gives his feed a very authentic feel that he shares with 32,200 followers. 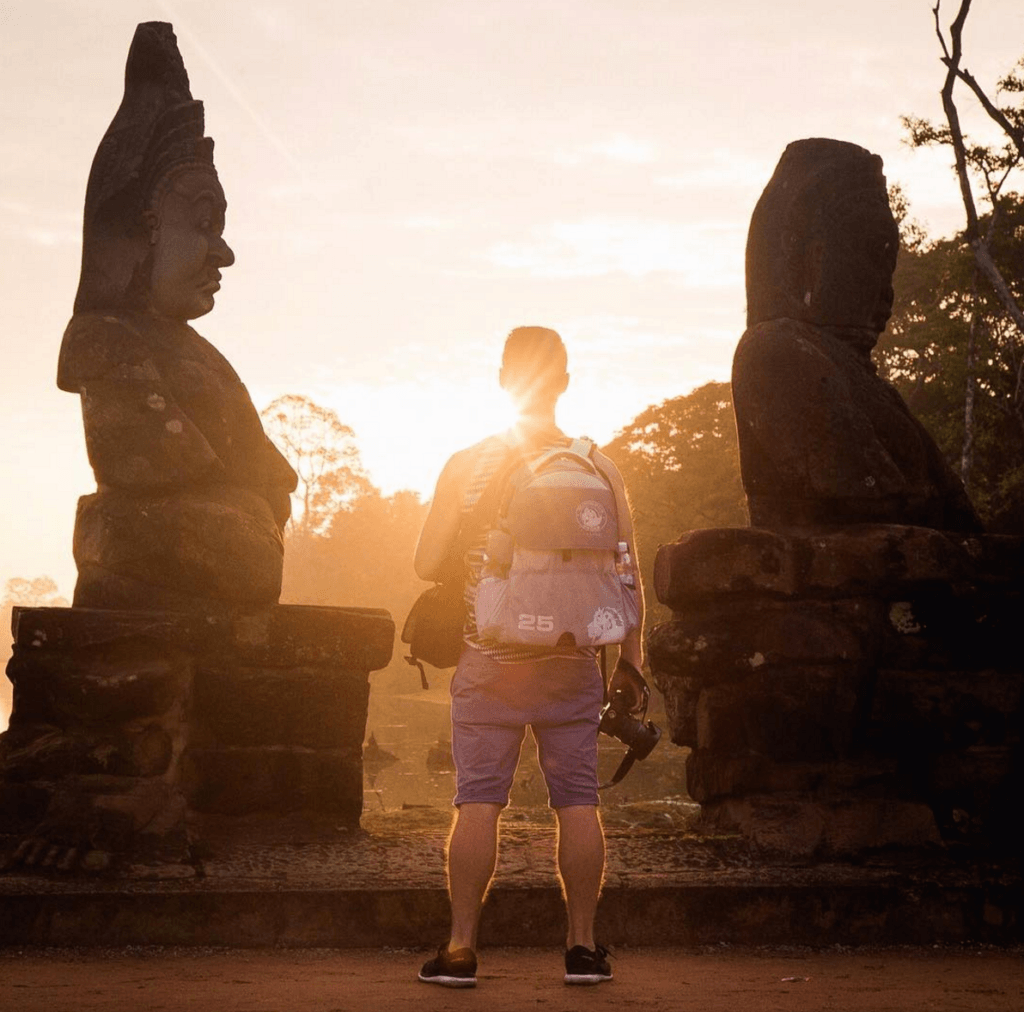 Jack Morris is my all time favorite Instagrammer who is sharing his magical shots with 1.6 million followers and running arguably the best Instagram account out there. He posts under the catchy title @doyoutravel and inspired me to visit South East Asia. He snaps beautiful photos at beaches, rainforests and other tropical locales. Aside from his photos he produces some amazing short films that inspire me to push myself to see more and capture the fun atmosphere of all of my adventures. 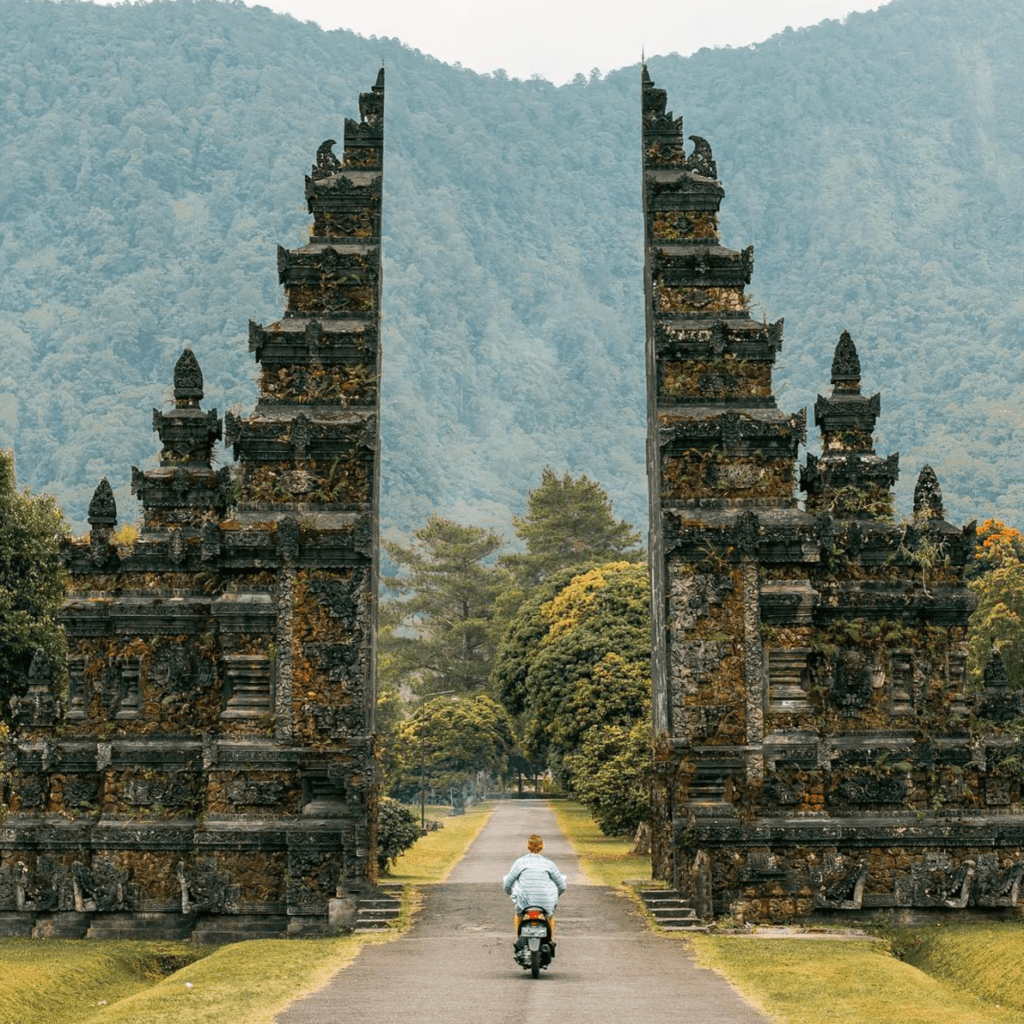 To see what Jessie and I get up to be sure to check out our feeds too! 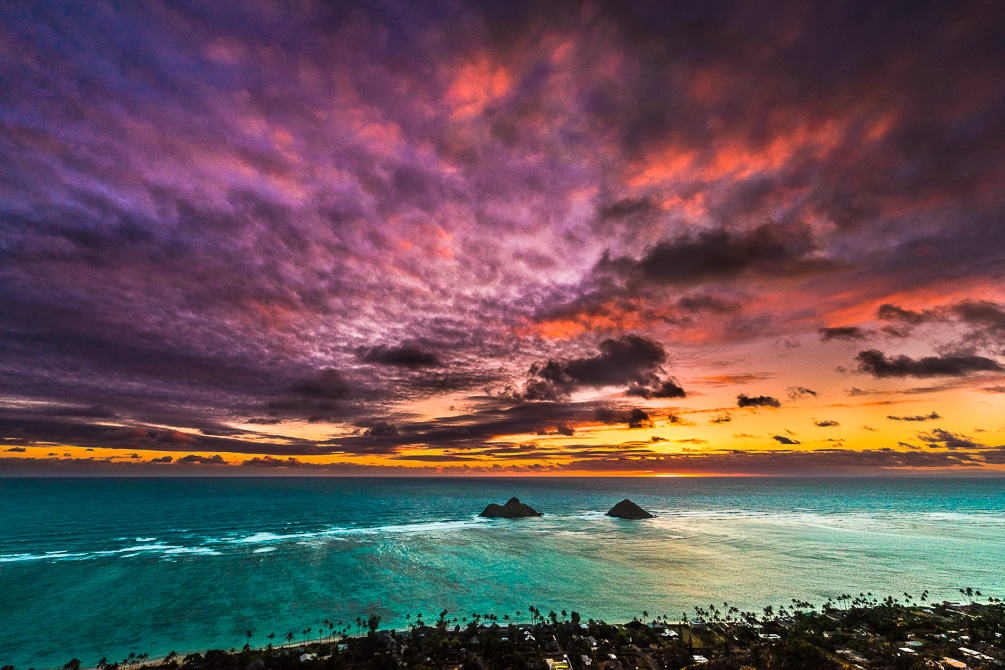 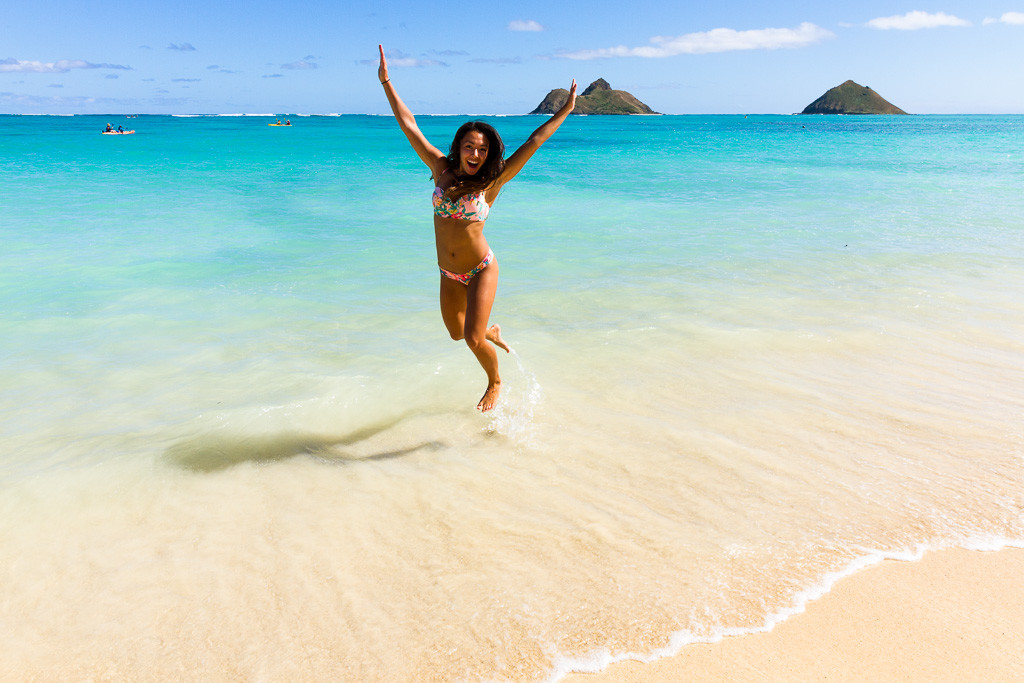 Hi, It is very nice and useful article keep it up…For more information about my blog please have a look best adventure travel Thanks

Wow! At last I got a web site from where I can in fact take helpful information concerning my study and knowledge.

Let us know what you think.

Awesome! Looks like you two are having a blast

Thanks so much man, let me know if there is anything you want us to write about on Oahu!