An over-under shot is one of the best ways to bring to life an underwater scene with a unique perspective. Some of my favorite ocean and waterfall photos are split photos created by my Telesin GoPro dome port and my GoPro Hero 6.

In this article, I’m going to teach you how to get a split GoPro shot as well as showing you what I use and why you don’t need to spend big to create an over-under image.

Click Here if you want to check out the exact GoPro dome port I use. It’s super cheap and gets some shots you would expect from a fancy DSLR underwater setup.

The GoPro dome port works by creating a glass bubble barrier in front of your camera lens, which enables the GoPro to capture half of the image underwater and half over. All you need to do is put the GoPro on the back of the dome and tighten two screws. The GoPro Hero 6 remains in the casing so even if the GoPro Dome port breaks, it will still be protected and it’s waterproof anyway so we are talking about three layers of protection.

How to do a split photo with a GoPro dome port

Depending on which GoPro dome port you are using, you will have to configure the settings of each shooting mode before placing it in the housing. I set my camera mode to burst mode. This is the most important factor of creating GoPro dome pictures. For example, a normal shot which captures one photo when you press the button is labeled as 1/1. You can call it one click one photo. However, in burst mode, you can choose 5/1 or 10/1 or even 30/1. That means you can take 30 photos when you press the button.

This is important because you want to get the perfect moment when the water is half and half rather than 70/30. You can always delete the photos later but more is better when shooting over-under. 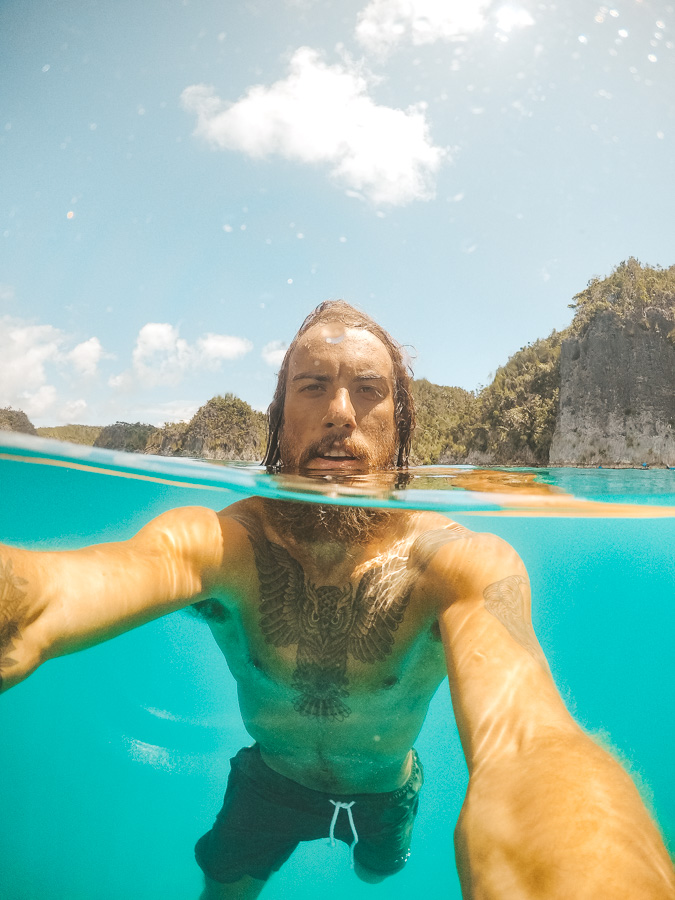 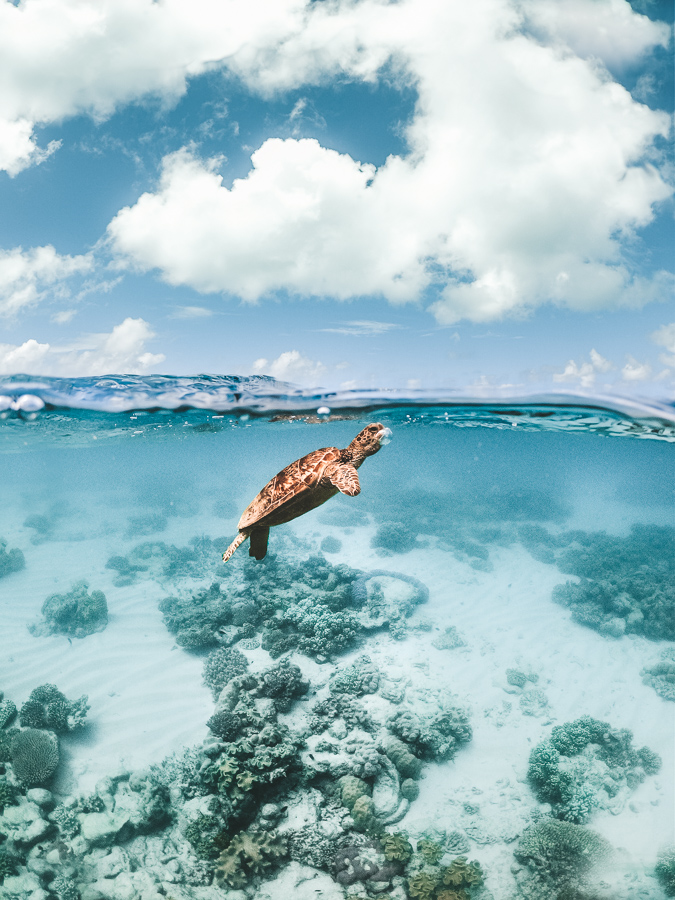 How to compose a split photo with a GoPro dome port

Now that you know how to set up the GoPro dome port and you are shooting in burst mode, you need to focus on the composition. I personally shoot in wide angle mode so I can get the landscape in the background and have a wide field of view to work with. There are a few things to consider.

The shots you get with the Telesin GoPro dome port and my GoPro Hero 6  are just so extraordinary and add such a unique perspective you can turn any scene into an amazing photo. 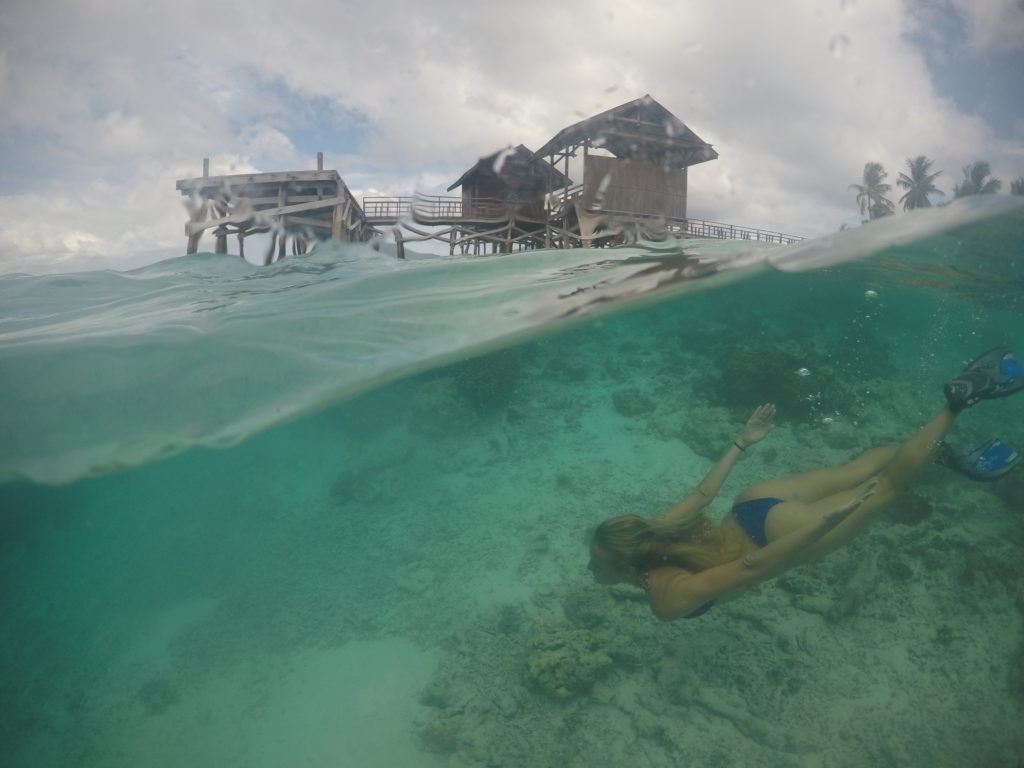 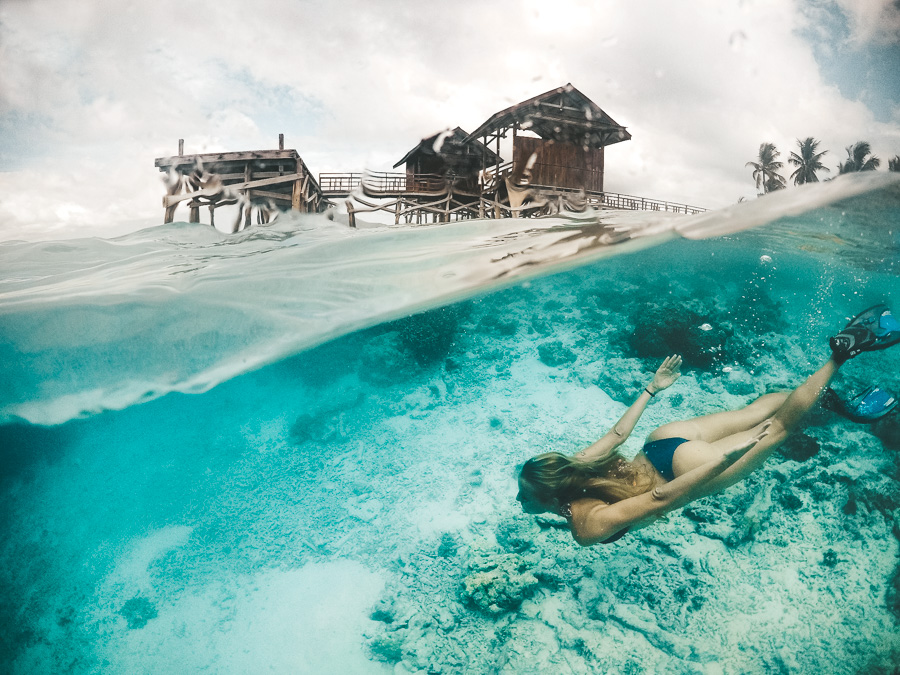 When it comes to finding a GoPro dome port on Amazon there are a few things to consider. Does the dome have a trigger handle for easier shooting and how big is the dome.  The larger the dome, the better the split of over and under. For example, a 4-inch dome port is closer to the lens so the split isn’t as fine as a 6-inch dome port.

I personally have the Telesin GoPro dome port, which I used for all of the photos in this article.  It’s the number 1 ranked GoPro dome port on Amazon.

I think it’s awesome you can grab a cheap GoPro dome and still create the over under look that costs thousands to achieve on a DSLR underwater setup. The quality might be a little sharper on a DSLR with a housing but the cost is 6-7 times more!

Whichever model you choose to buy make sure you have a hand-strap included. The GoPro dome port floats because of the air inside the glass bubble, but you don’t want to lose your grip on the dome and have it float away or lost in the current depending on the conditions you are swimming in. Therefore a small cord around the wrist is a perfect fix. Most models will include this.

** Make sure you select the correct dome for your version of GoPro. The Hero 4 and Hero 5 are different sizes and require a different dome.

These are some other cool shots I have created with my Telesin GoPro dome port. 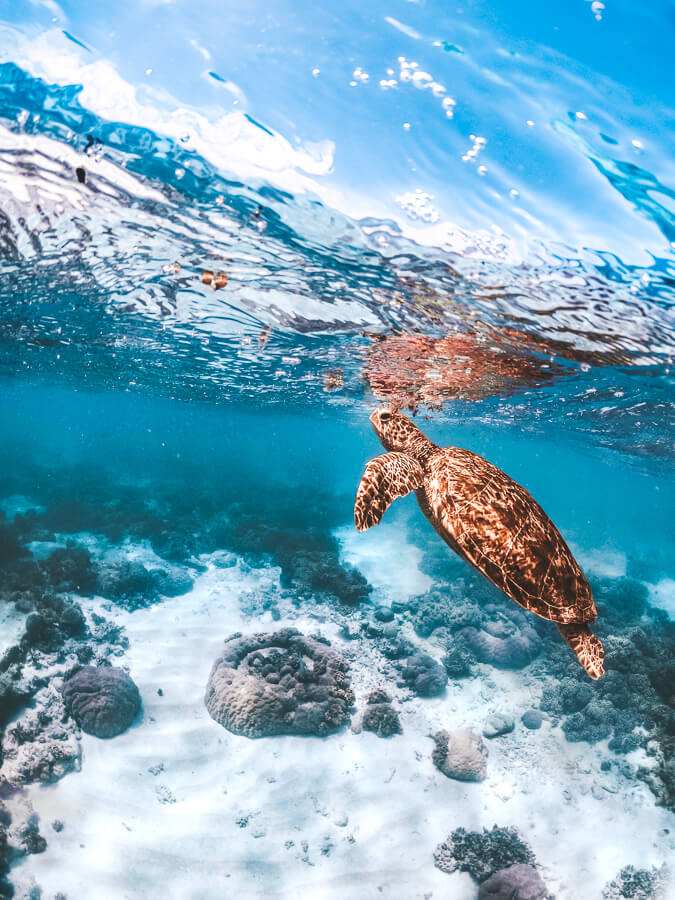 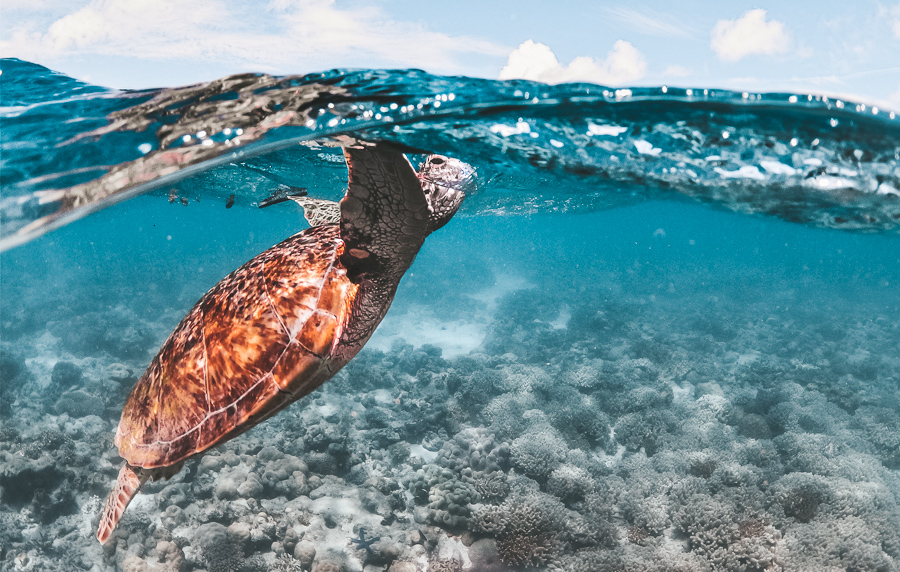 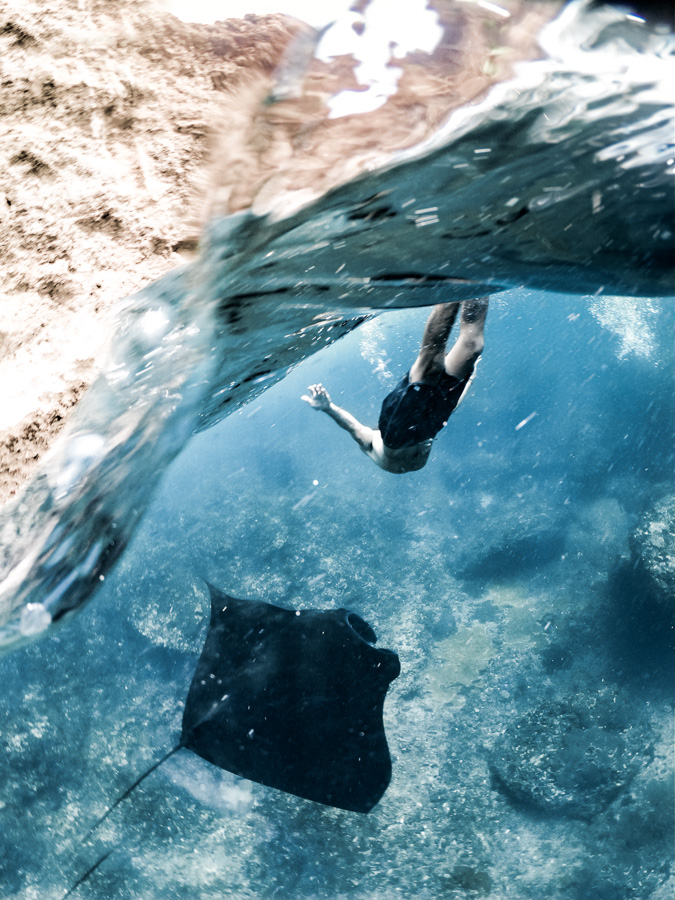 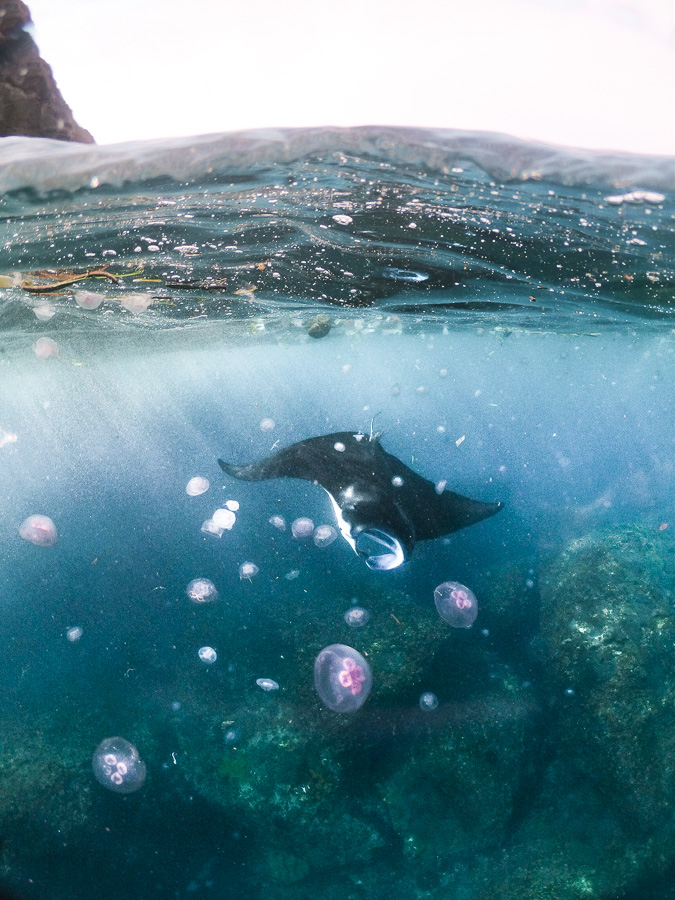 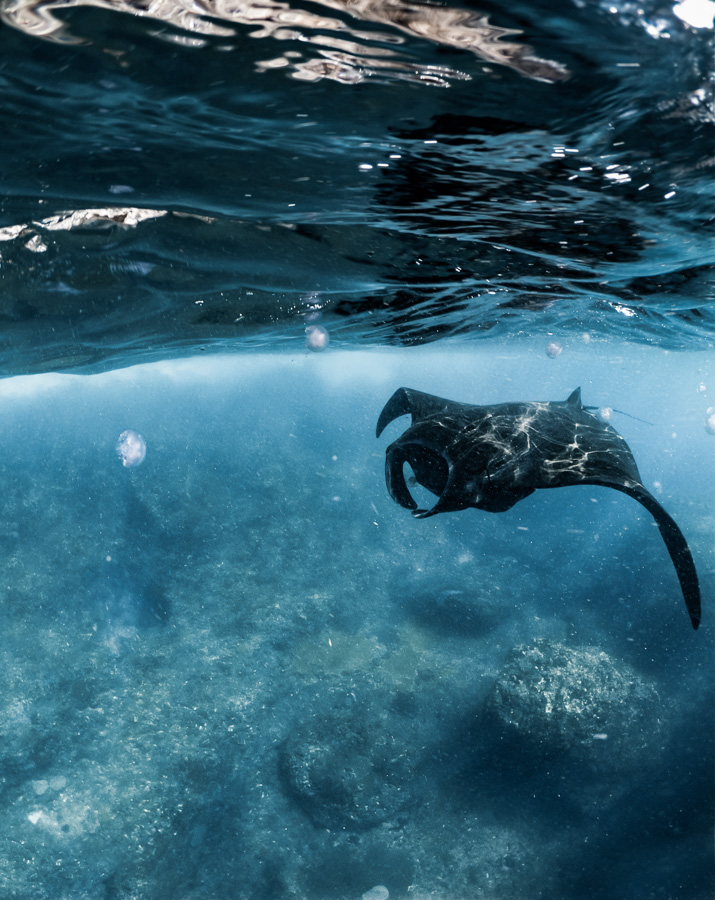 Love this photo's! Mine are still not clear enough... Can you share your Lightroom presets?

Hey sure you can find them here: https://filtergrade.com/product/jackson-groves-lightroom-presets/ use code 'journeyera20' for 20% off

Hi, yeah this article is genuinely pleasant and I have learned lot of things from it regarding blogging. thanks.