Panama City is a bustling urban jungle with some crazy traffic. However, just a 2-hr drive from the city in Bayano is one of the gems of Panama. We crossed the Bayano Lake and explored the Bayano caves, canyons, and the river. Along the way, we saw crocodiles, bats, howler monkeys and some of the most amazing scenery of my entire Panama journey.

WHERE ARE THE BAYANO CAVES

We rented a van for our crew of ten people and the journey was along highways and paved roads the whole way in a relatively easy drive. The map below pinpoints Bayano Lake.

HOW TO VISIT THE BAYANO CAVES

The Bayano Caves are close to Panama City but not incredibly easy to visit. This is because you need to cross the Bayano Lake and you need a guide and a boat to do so. The boat and guide cost $180 for the entire day including several tour guides for the caves, the lake, and the river.

Considering this amount of $180 most people go as a group of ten or more to split the costs. $180 is the local price and you may be quoted an inflated price from tour companies such as $100 per person including transport from Panama City. We rented our own private van and paid the $180. In total, our cost for the day was $40 per person with our group of 9 people. This is a very DIY to do it but if you go with a tour company you are looking at $120-$150 for this experience PER PERSON!

Our day was organized by Jerry Moreno, who organized the trip for our group of friends. You are welcome to contact Jerry to organize a future trip. The prices may be higher when he organizes future trips as on this trip he organized it for his friends at cost price. That is the transparent pricing but going with someone local like Jerry is the best way to experience pretty much anywhere in Panama.

CONTACT JERRY THE LOCAL GUIDE (MY BEST FRIEND IN PANAMA)

If you need a local guide or are looking for tips to travel through Panama I suggest contacting, Jerry,  one of my best friends from Panama.  He runs group tours to off the beaten path locations like Escudo de Veraguas and Bayano Caves. He is a local, indigenous guide who is incredibly funny, honest and knows Panama by the back of his hand. We explored all of Cocle together and went on some insane adventures and he became like a brother to me. If you have any questions or want help, tours, guides or tips he is your man.

**IMPORTANT: Remember to bring your passport as you will be going through several security checkpoints. If you don’t have a valid ID with you, the police may turn you back, which would definitely ruin your trip! 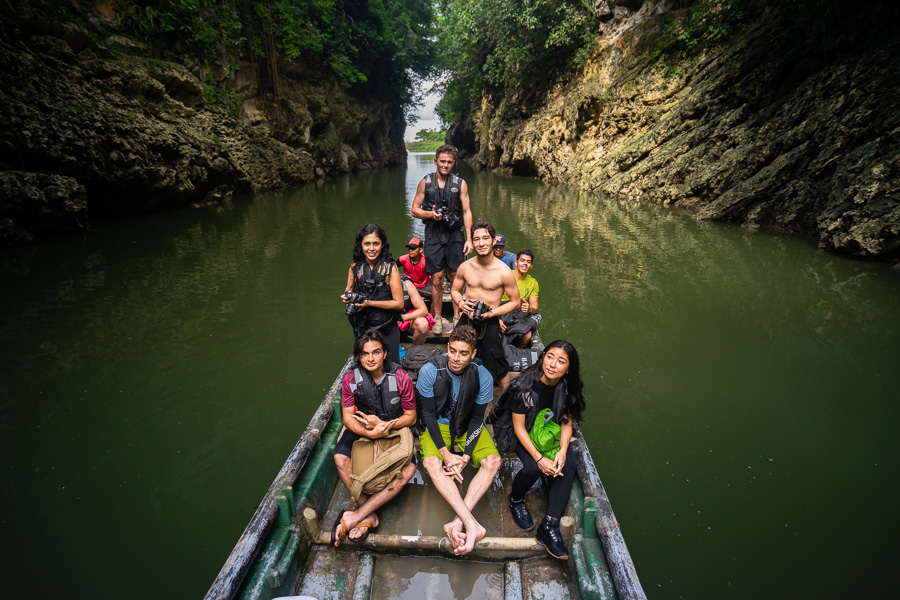 When we arrived in Bayano, we parked the car and walked down to the lake. Here all nine of us huddled into a local wooden boat. Our three tour guides, young lads, jumped in and off we set for a 30-minute trip across the Bayano Lake.

The lake was actually created thanks to the Bayano River after a hydroelectric plant was constructed to provide electricity for Panama City.  Bayano Lake is home to thousands of birds and many other animal species.

The stillness of the lake means that the water reflects perfectly, making for an idyllic trip to the Bayano Caves. 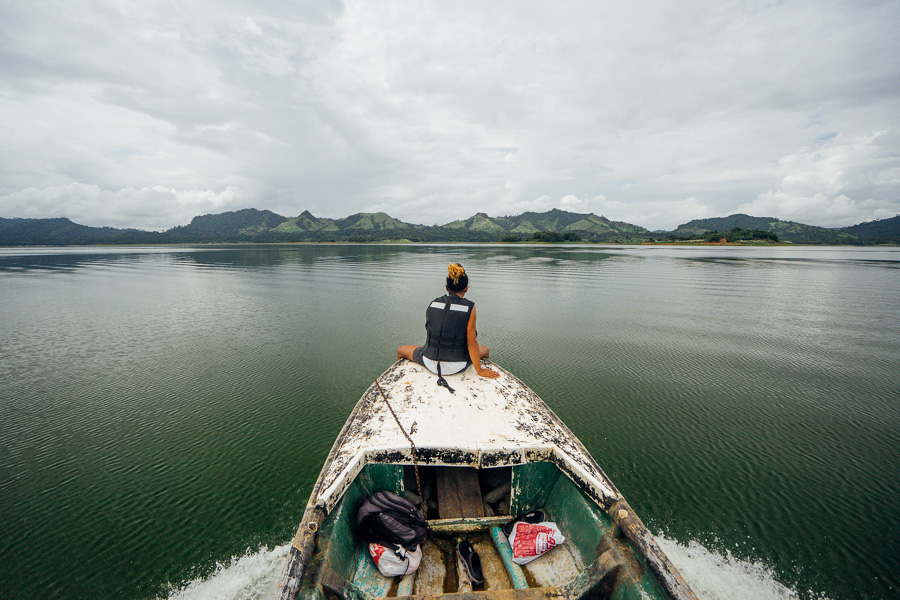 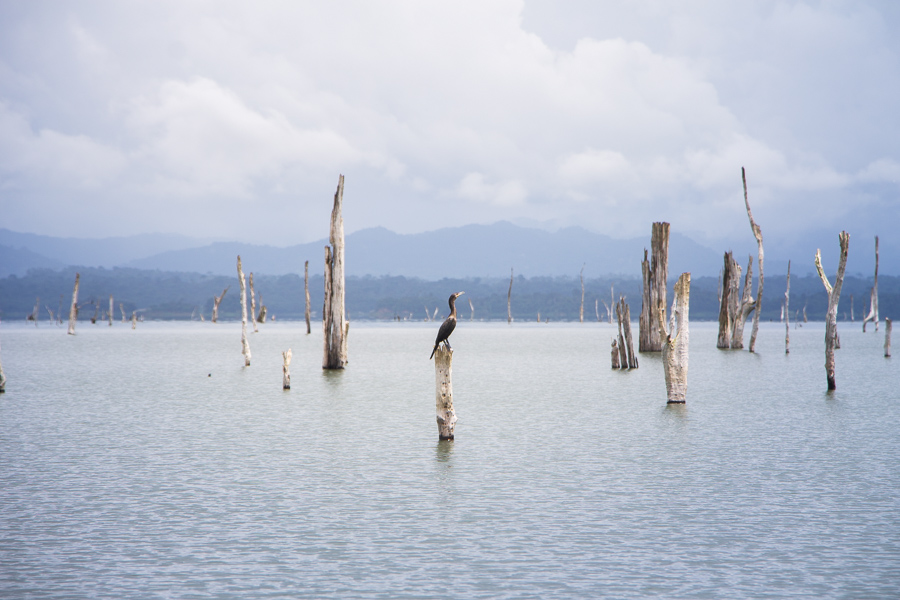 I’ve been on many ‘cave experiences’ around the world and they are hit and miss. Sometimes you are in a musty cave in the dark with bats flying at overhead dropping poop on you and sometimes it’s pure magic. Bayano Caves is one of the best caving experiences I’ve ever had!

After crossing the Bayano Lake in the boat, we gathered our cameras and items we would take into the caves and put them in dry bags. We were going to swimming through some sections and walking through others so a dry bag was essential.

The entire experience through the canyons and caves takes about 3 hours depending on how quickly you move through. We took our time, took many photos and chilled at the end watering hole for half an hour. That was another perk of our private tour, there were no time limits.

The limestone caves formed centuries ago thanks to an underground river, which is still flowing strong today. The limestone eroded and created the caves and canyons we have today.

The path is such an adventure! Often you are completely inside a cave in pitch black and other times the cave opens up and you are walking through a narrow slot canyon. At times you will need to swim in deep water while most of the time you are clambering over rocks.

My favorite parts were when the caves opened up into the canyon. Vines covered the walls and draped down the sides of the canyon, while light burst through the openings. These areas are also the best spots to take photos as you have much more light to work with. Inside the caves is tough for photos but if you have a strong spotlight you can still get some awesome shots, which really show the remarkable limestone formations. 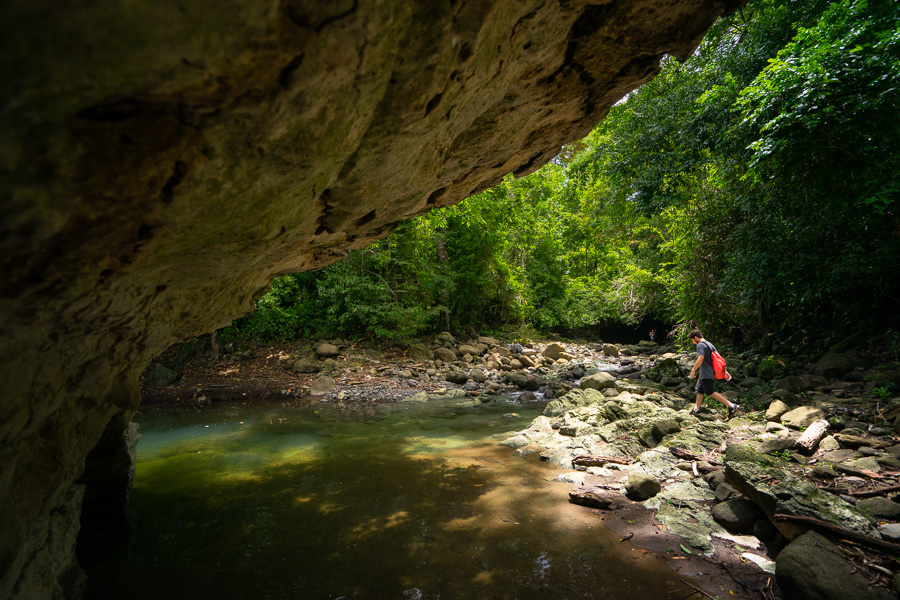 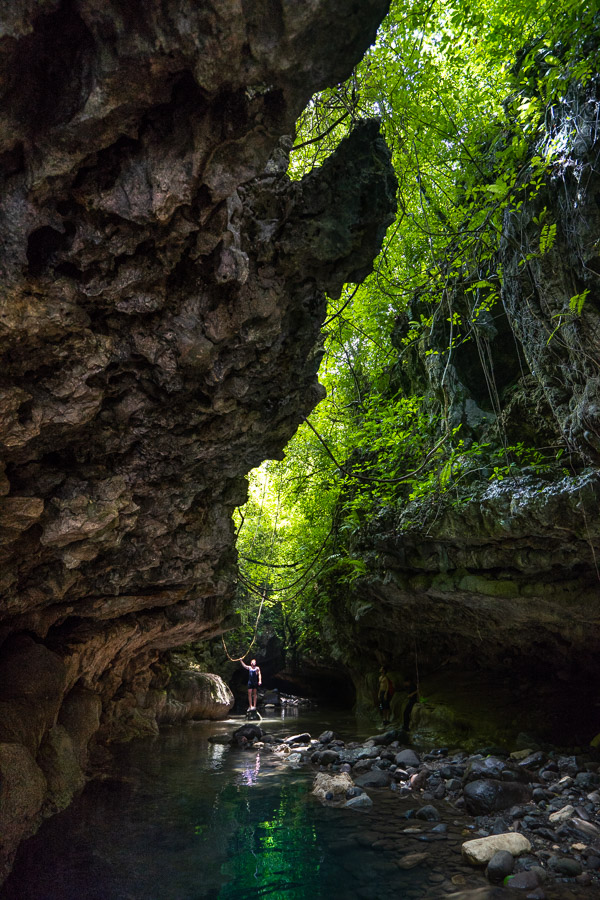 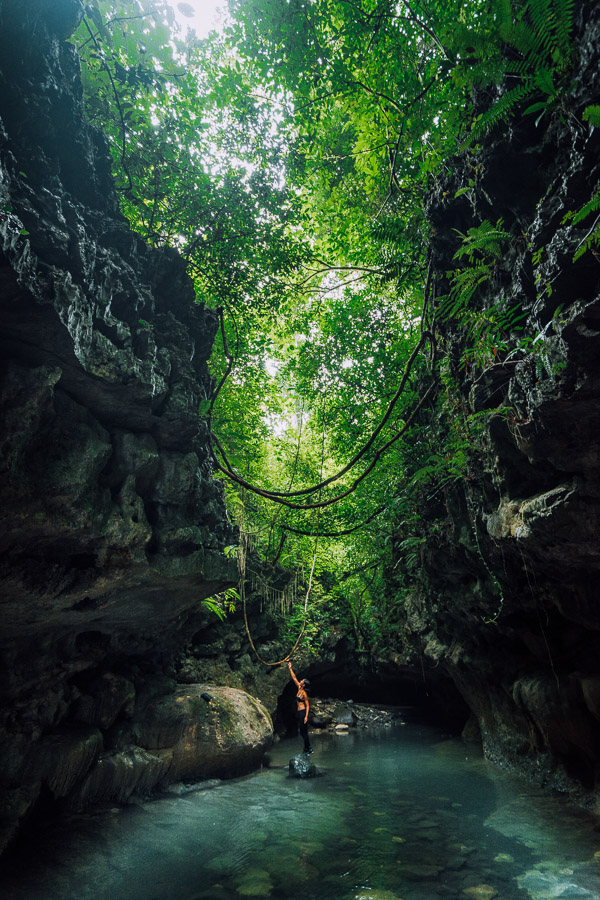 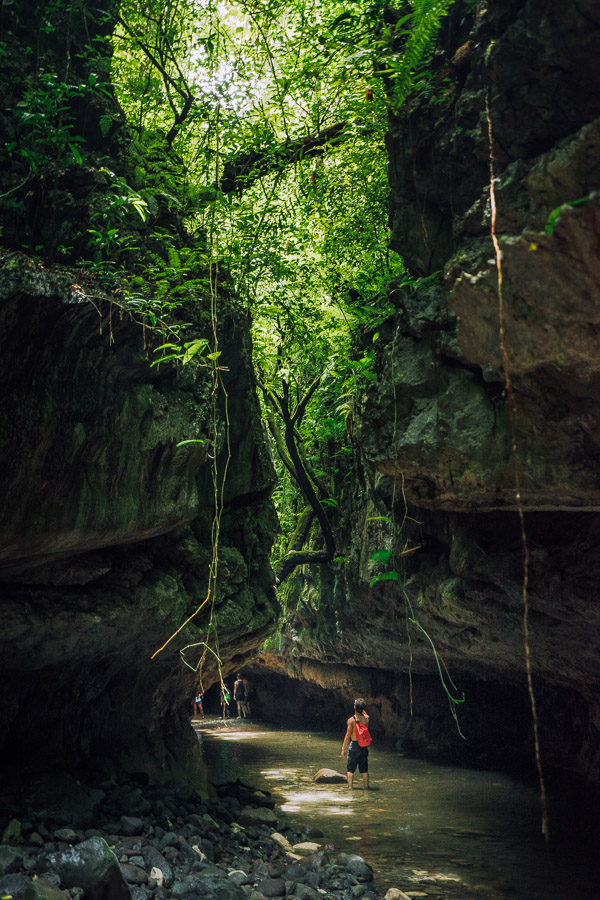 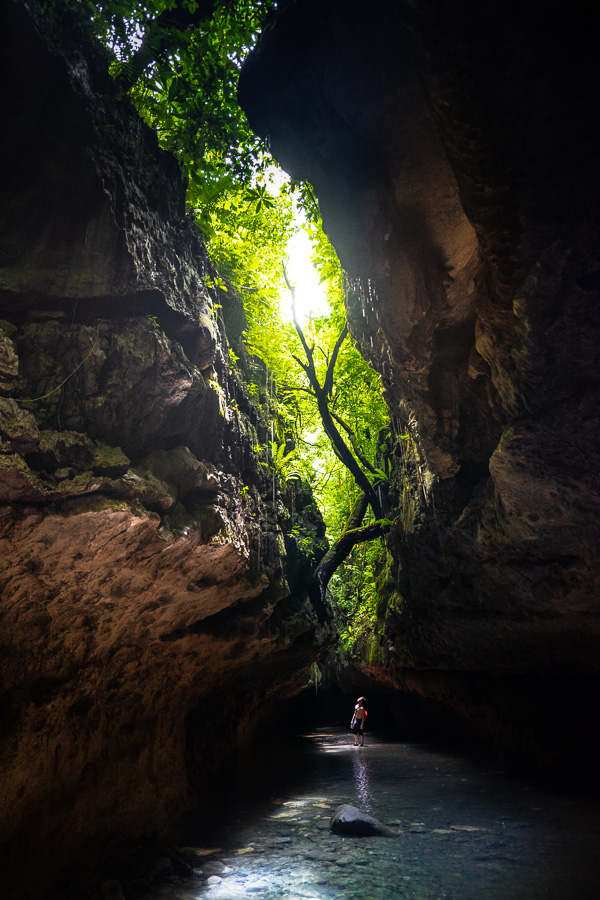 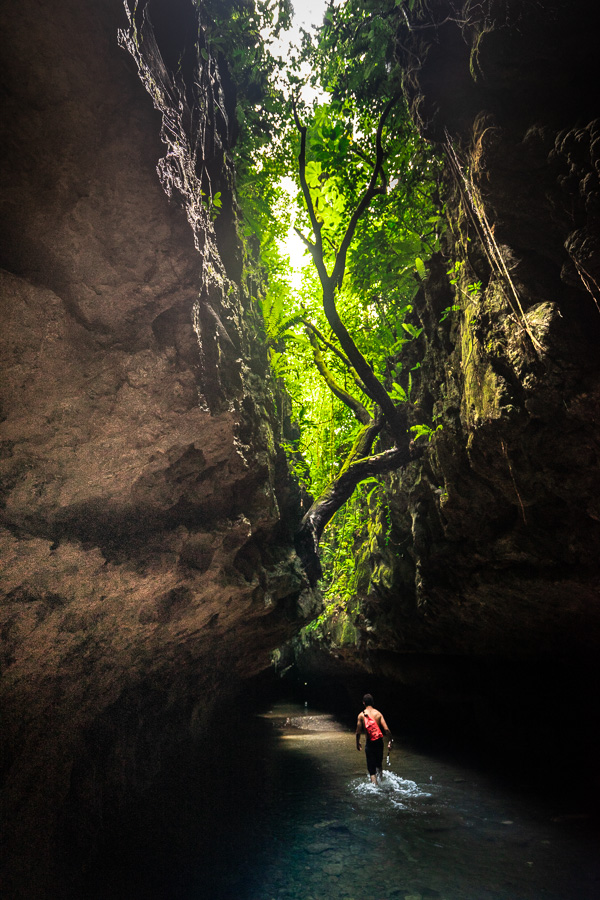 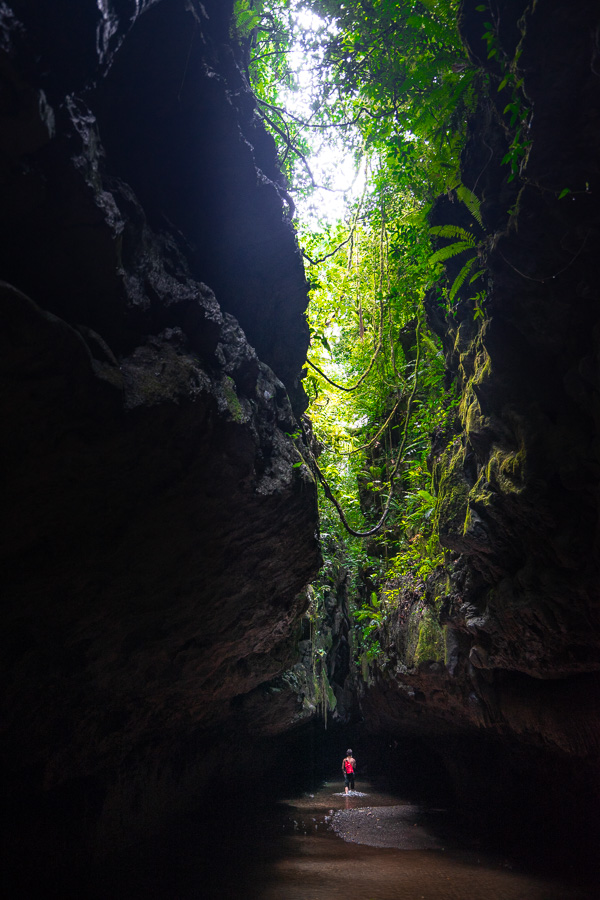 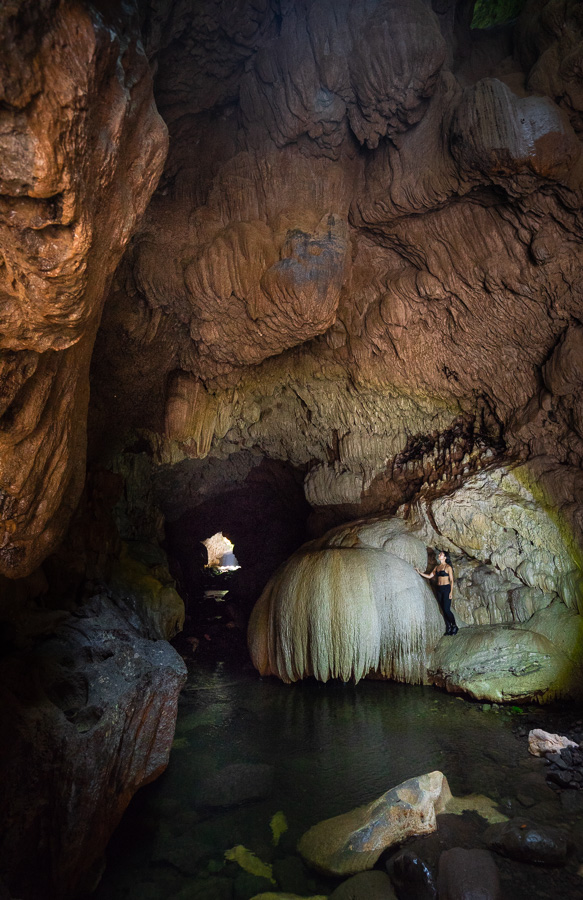 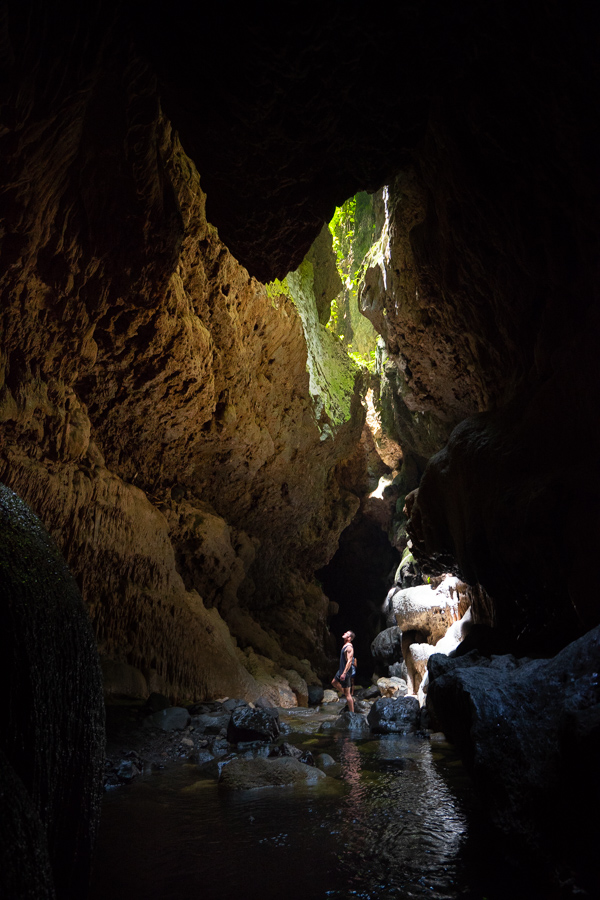 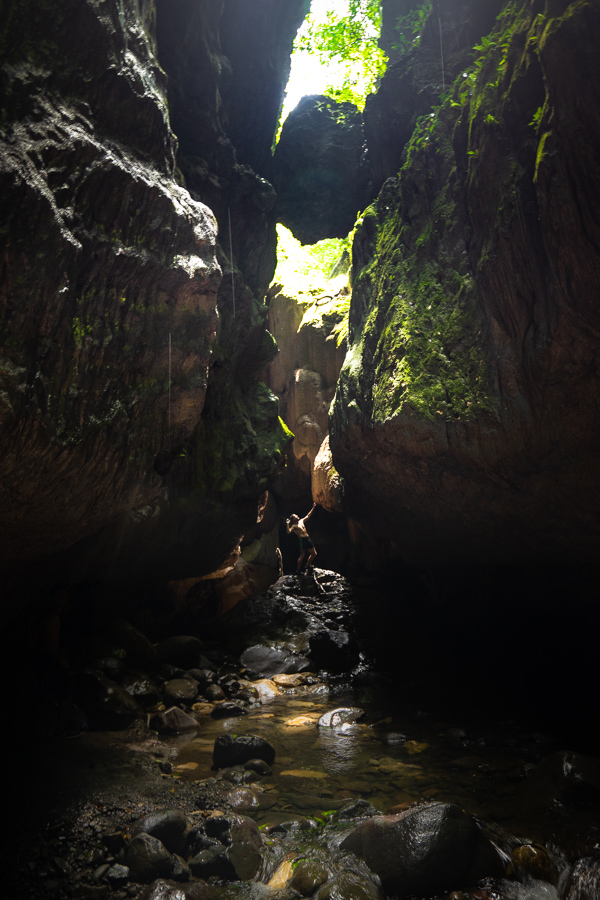 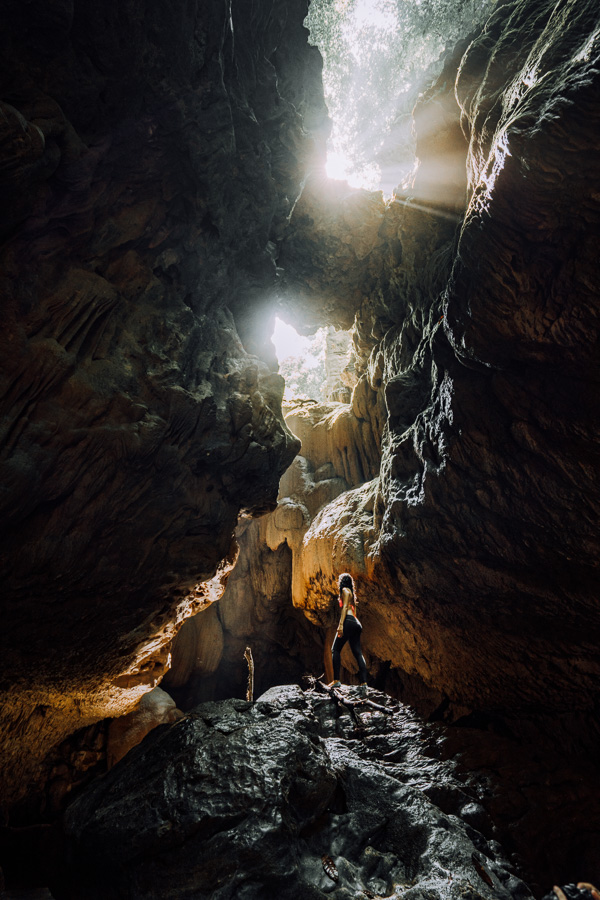 At the end of the caves and canyons is a beautiful watering hole where you can warm up again and hang out in the sun before heading back out the same way you came in. There is a small cliff jump into shallow water. 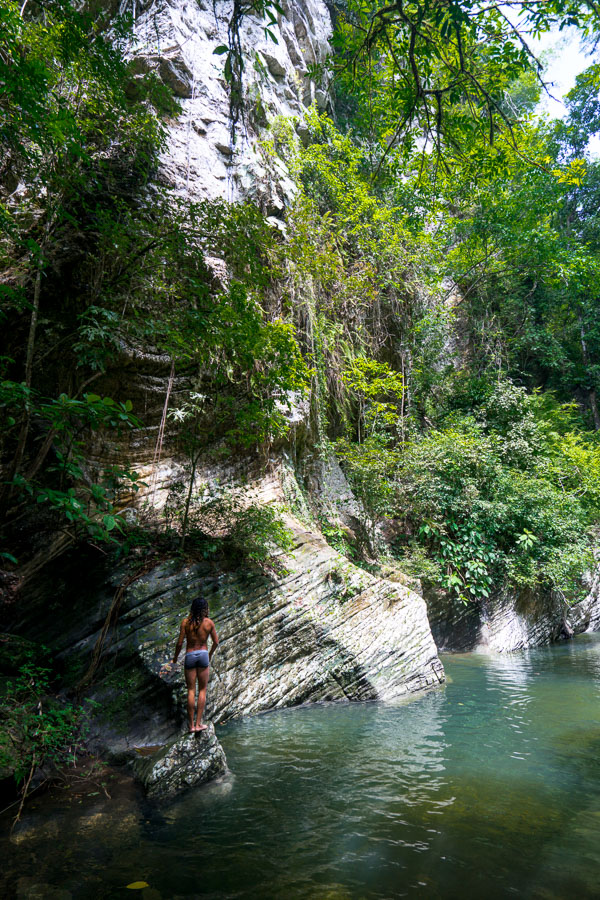 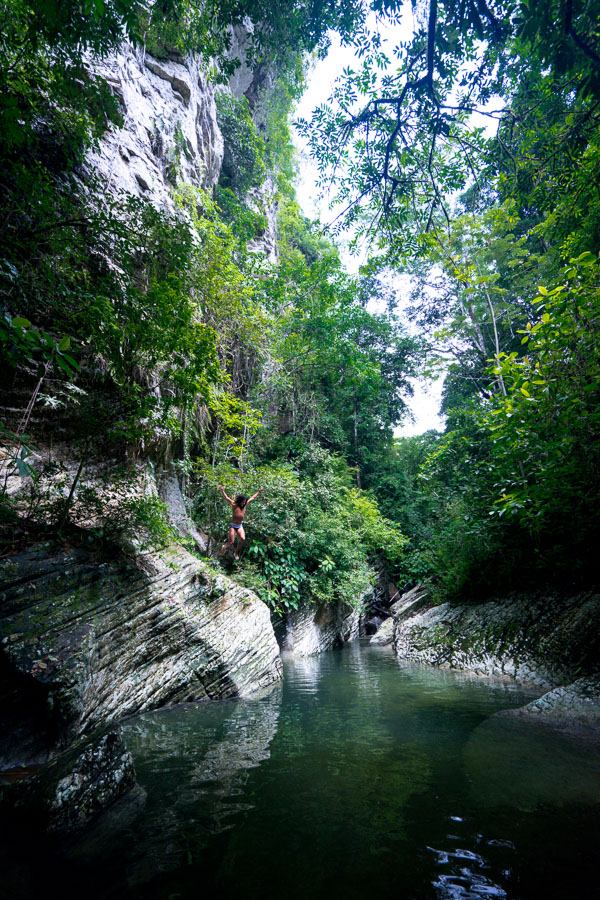 After heading back through the caves I thought the adventuring was over. But we actually had much more to go. We jumped back into the boat and headed down a river looking for wildlife. We saw a Capybara go running into the water, swim across the river and scurry up the bank on the other side. After that a small crocodile slowly cruised past our boat. Lots of different birds passed by our boat but to top it all off, a group of howler monkeys started being incredibly noisy as we headed back out towards the lake.

This really is an untouched area and the tour guides are doing a great job to give tourists a close-up look at nature without impacting the homes of these native creatures. We felt like we were on a safari and saw everything very close right from the boat. 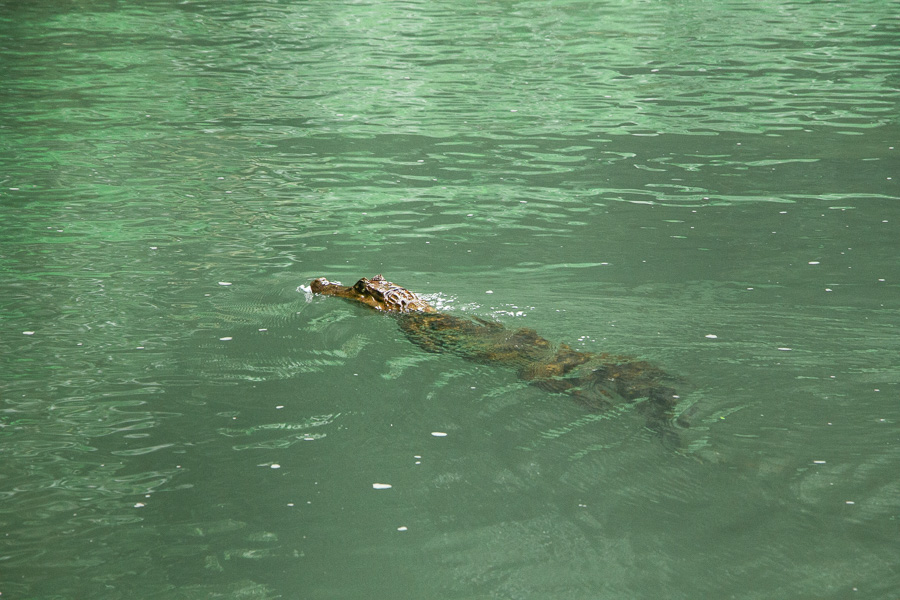 Other animals to look out for are Tucans, Three-toed sloths, Iguanas, snakes and the Ringed Kingfisher.

WHAT TO BRING TO THE BAYANO CAVES ADVENTURE 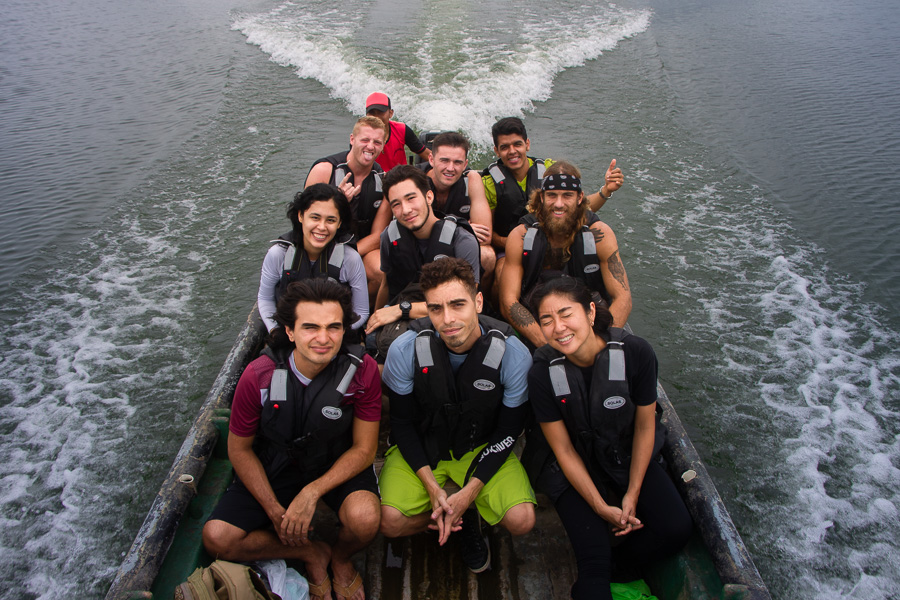 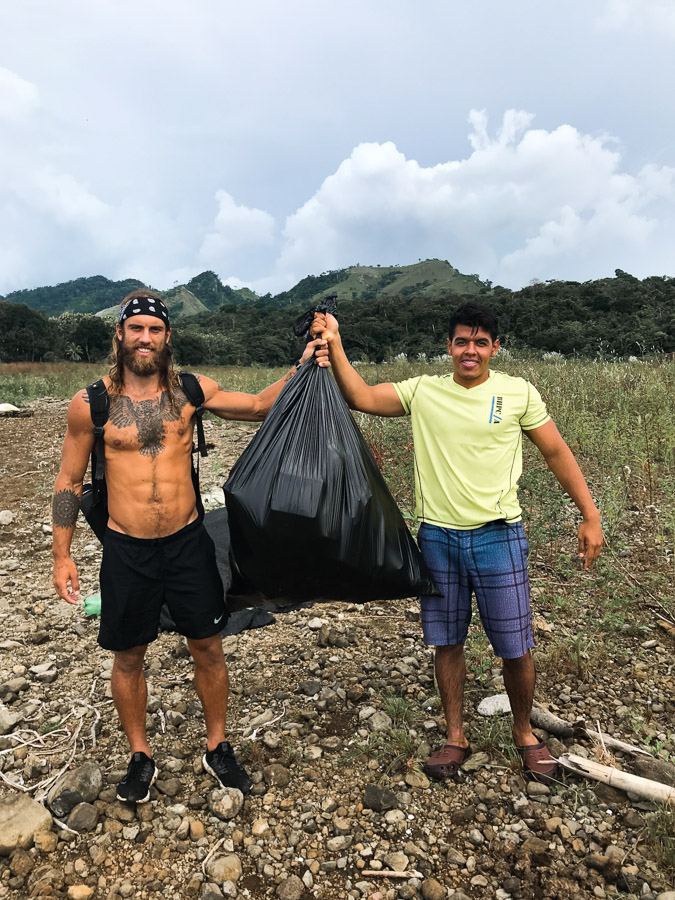