The second week of a new decade brought me back to Australia to visit friends and family. I really enjoy getting back ‘down under’ to catch up with relatives, grandparents, my family, and friends.

I began the trip by heading up to Byron Bay to visit my Aunty and Grandmother. Byron is one of those places that have a certain vibe you can envision yourself being a part of the long-term. Things just move at a slower, more enjoyable pace. Everywhere has it’s hidden downsides or cons but from the outside, Byron does seem to be a pretty habitable part of the world.

After Byron, my mum and I made the relatively short drive up to Brisbane to visit my Grandmother for a couple of days before flying back down to little, old Adelaide.

Nothing much changes in Adelaide year to year except for a few buildings here and there that seem to pop-up. That’s what most people secretly like about Adelaide. Predictability, security, and safety. These are all elements that are part of the Adelaide fabric due to it’s slow-moving, quiet nature. Some love it for that and other’s leave for a faster pace city-lifestyle.

I’m impartial. It is what you make of it and I always have a good time in Adelaide. Having experienced other lifestyles in different regions around the world, I wouldn’t personally choose Adelaide if it was a direct comparison but there are family, friends and background elements that are involved when it is your hometown. For now, I’ll keep out on the road.

I don’t really take many photos when I’m back in Adelaide. I always go to write the weekly and then ‘Damn it’, I have no photos to add. Here are the only two photos I took this week on my phone. 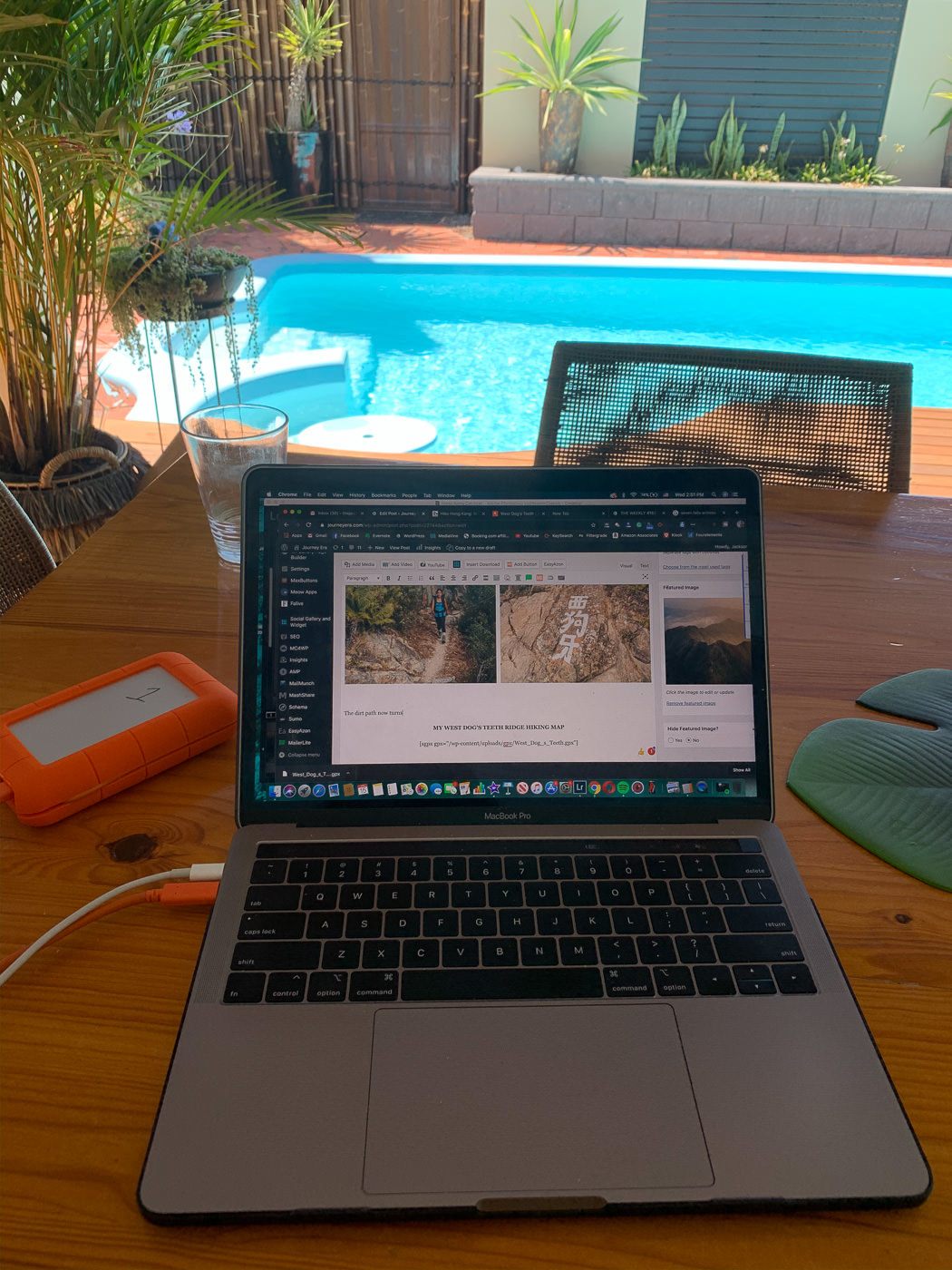 Having an Adelaide base for two weeks meant I could re-pack, sort out all of my gear, catch up on some admin and other tasks. These kind of things just pile up and add stress while you are on the road. I didn’t feel ready to even think about what I was doing in 2020 until I could get back to Adelaide and hit that summer reset button. People had been asking about my plans and I just had no idea. It wasn’t an issue but a bit odd as often people in the travel world have jobs planned, destinations on the radar and trips ready to go.

After hitting the reset button, I began to piece together the early parts of 2020. The plan is to head to Cebu on Jan 25 to change my apartment from Moalboal to Cebu City. This will make it easier for me to access as my place of residence in between trips. After that, on February 16 I will head to Japan for a 3-week adventure-travel and hiking trip 0n the southern island of Kyushu. After that I will head to Lombok, Indonesia to be part of a shark conservation trip with Project Hiu.

That will take me through to March 20 and after that, I have left things open but will return to my apartment in Cebu before heading out again.

Nothing epic, glamorous or adventurous to report this week. Just hitting the reset button back in Adelaide, seeing some familiar faces and preparing for 2020.

It's good to stop, breath and plan the next stepsso they flow normally :) Happy new year my friend , full of moments in your heart and mind