The Adventure Bag has landed in the Philippines and in a big way.

As always, a lot of social media promotion went into organizing the event and this time I got some of my friends on board too. Ave, Colleen, Finn, Josh, and Jorden are all social media content creators who helped to promote the event. It was a great turnout and great to have several of them travel from all over the Philippines to make it in time for the event.

Josh and I drove 3 hours on the motorbike from Moalboal. We took off at 4:45 am to make it in time for the clean-up. At 9 am, everyone had assembled at the trailhead and after a quick introduction, we began the short trek to Budlaan Falls. 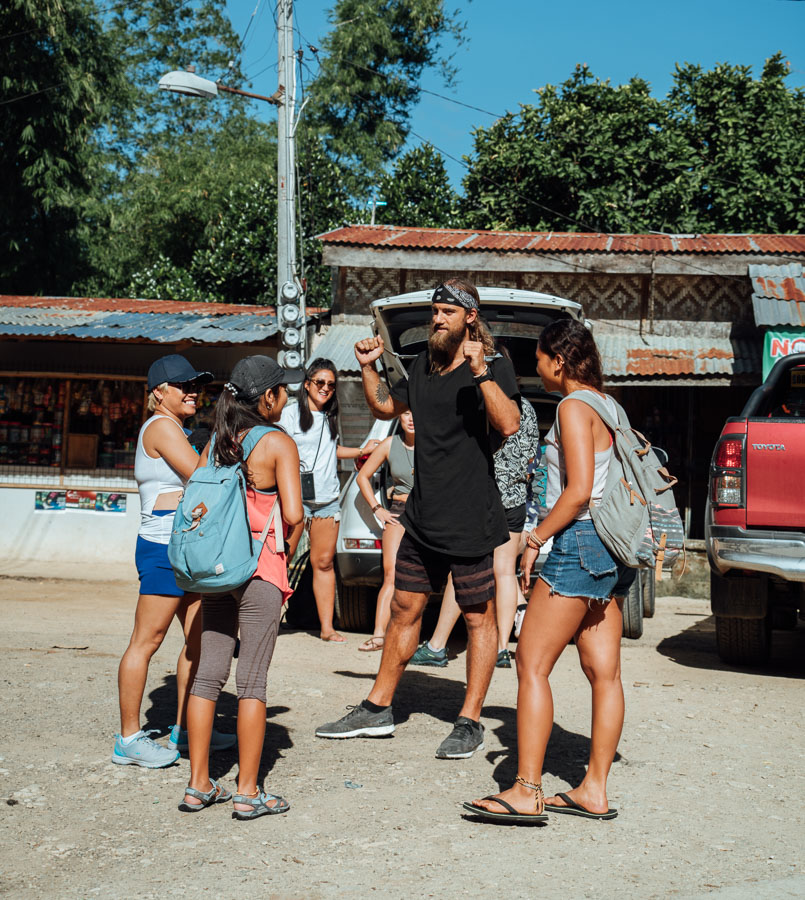 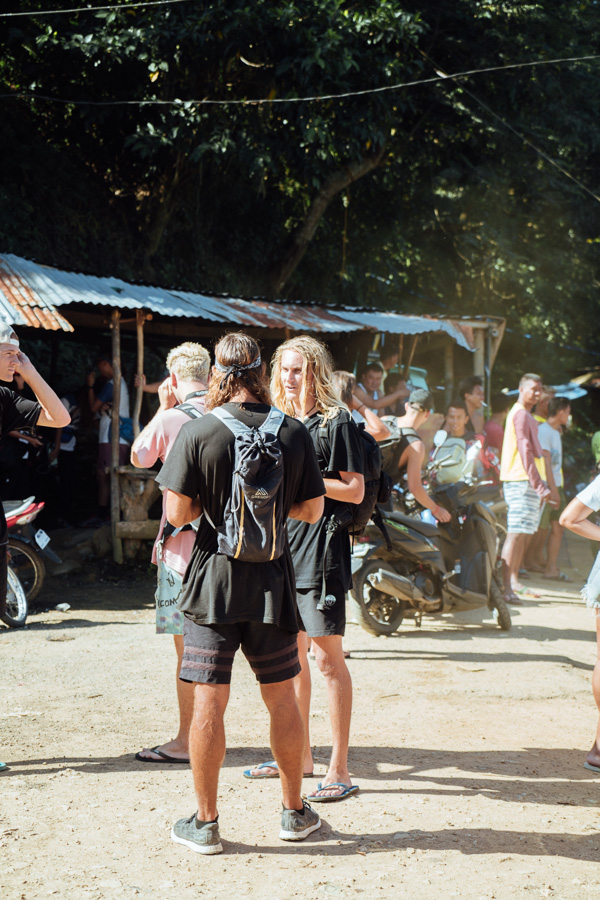 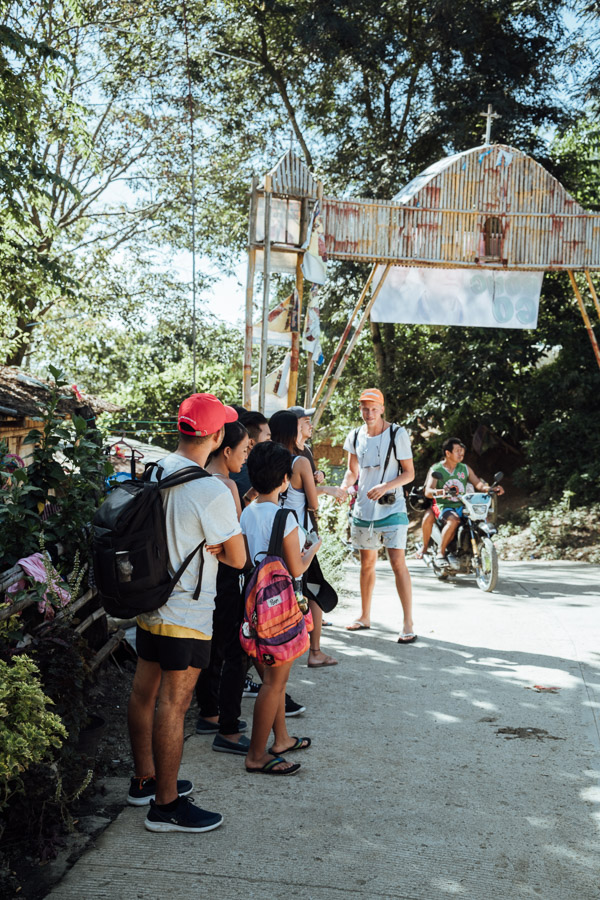 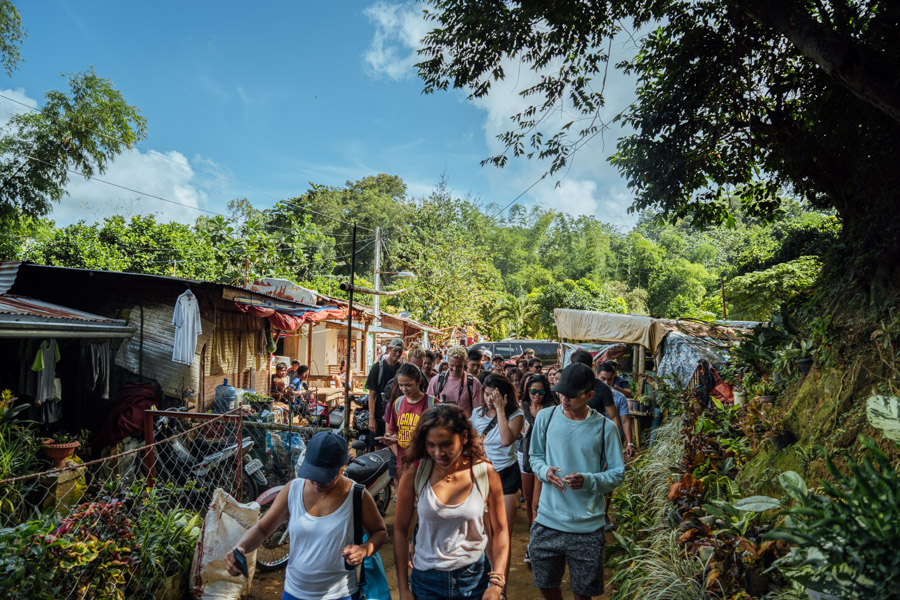 Our crew was made up of foreigners traveling through the Philippines and lots of locals from Cebu City. Everyone was motivated and ready for a great day.

It wasn’t long before people started to realize how much trash these trails have. It’s funny every time I mention a trail, someone tries to tell me that it is clean or there is no trash. Then we come out with multiple bags of trash … or a truckload. Several people told us Budlaan Falls won’t have much trash for us to collect. The truck full of more than 35 bags of trash at the end of the cleanup suggested otherwise. 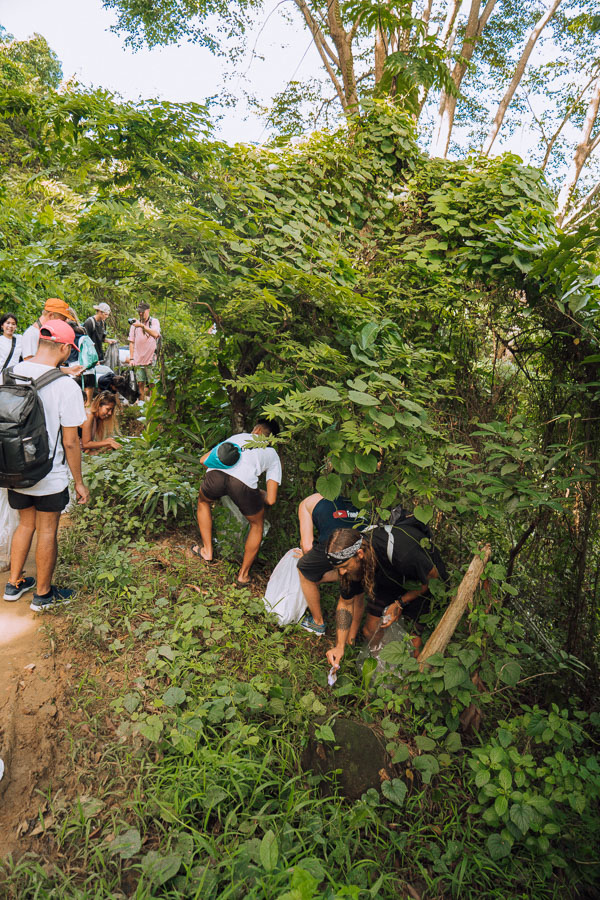 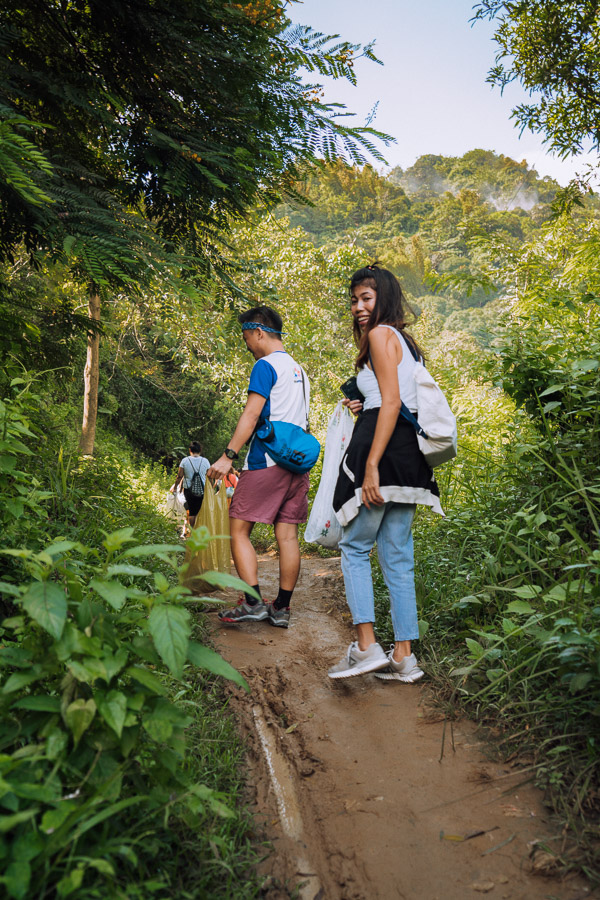 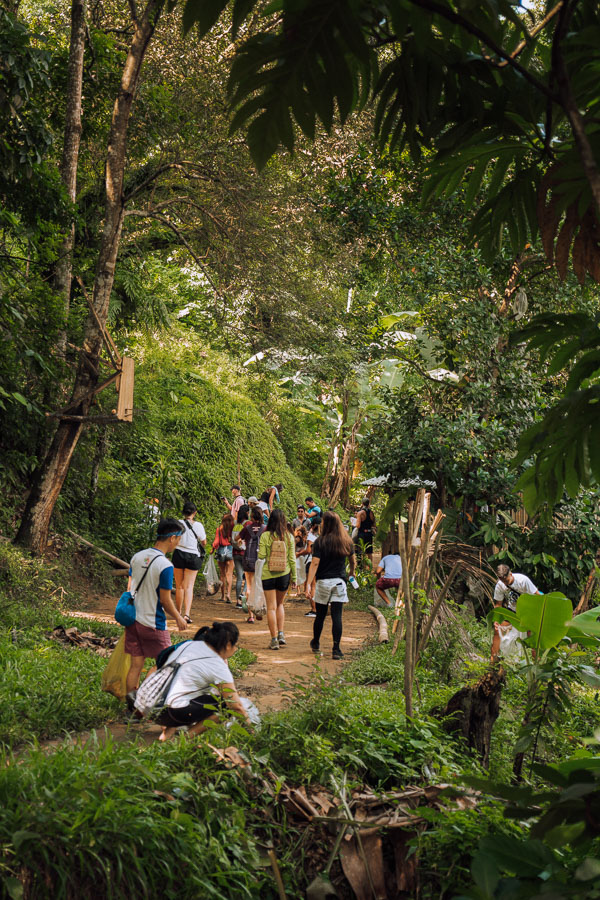 We collected trash all the way down to the beautiful Budlaan Falls where the group joined together after spreading out while on the trail. It was amazing to see how everyone had come together and the positive vibes were high! 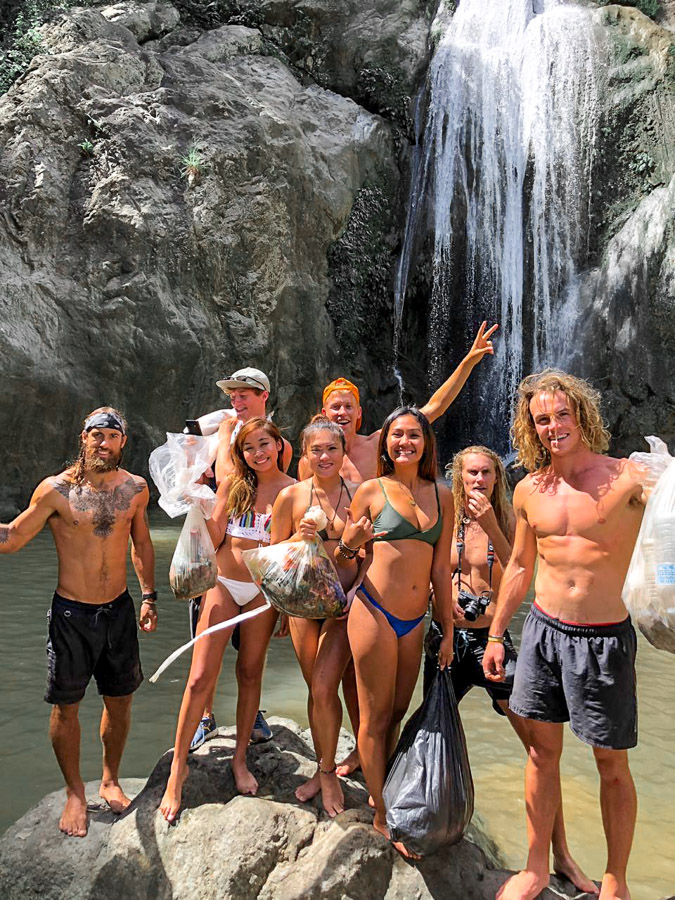 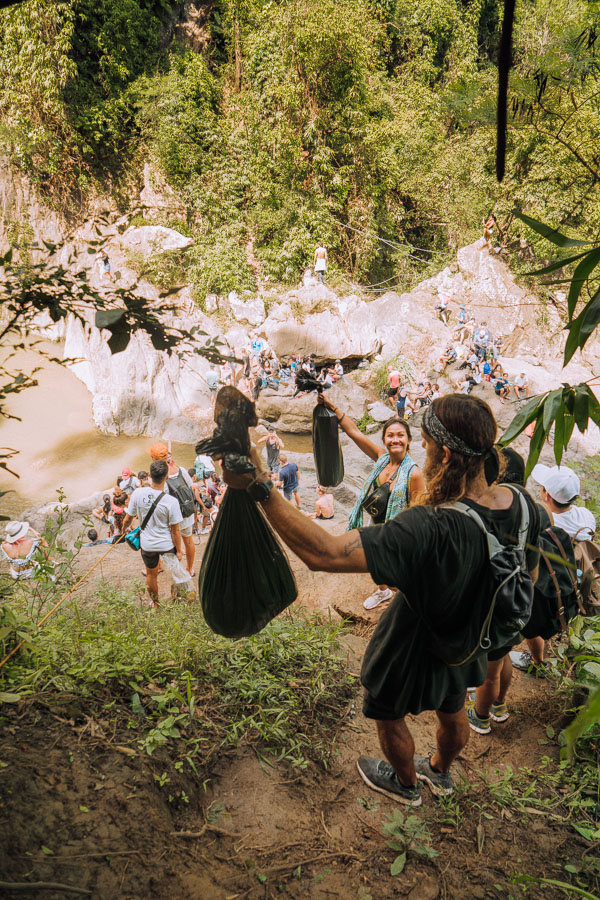 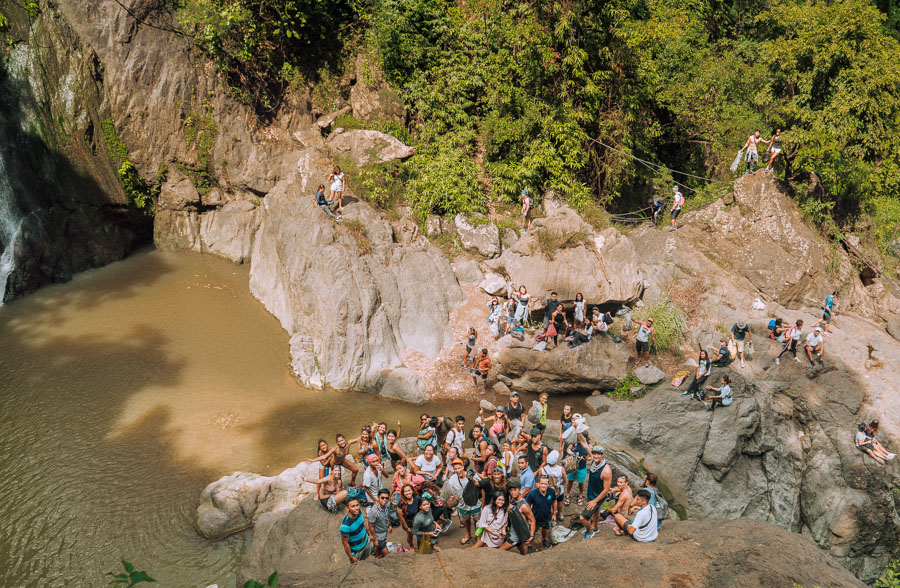 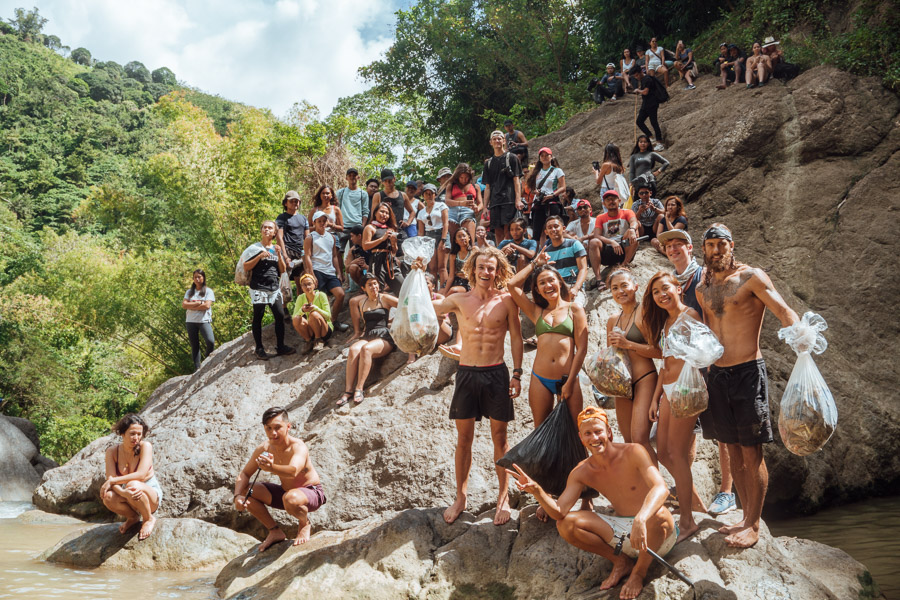 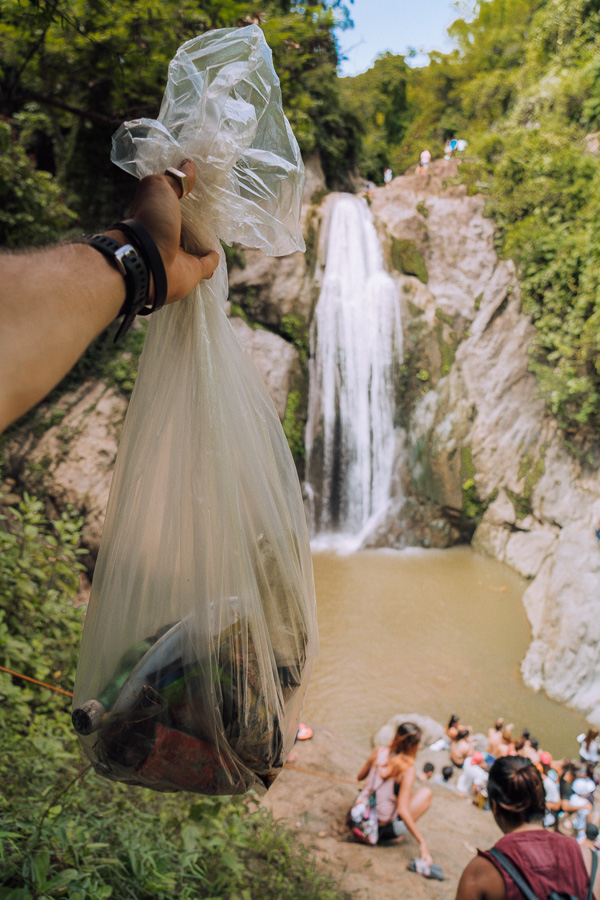 We hung out at Budlaan Falls for over an hour and explored above the falls, in the caves and enjoyed a refreshing dip in the water. The crew then headed out collecting more trash along the way.

In total, we collected over 35 bags of trash and there were almost 100 members of the Adventure Bag Crew who joined us for the day! Thanks to all of the travelers and Cebuanos who made it a day to remember! 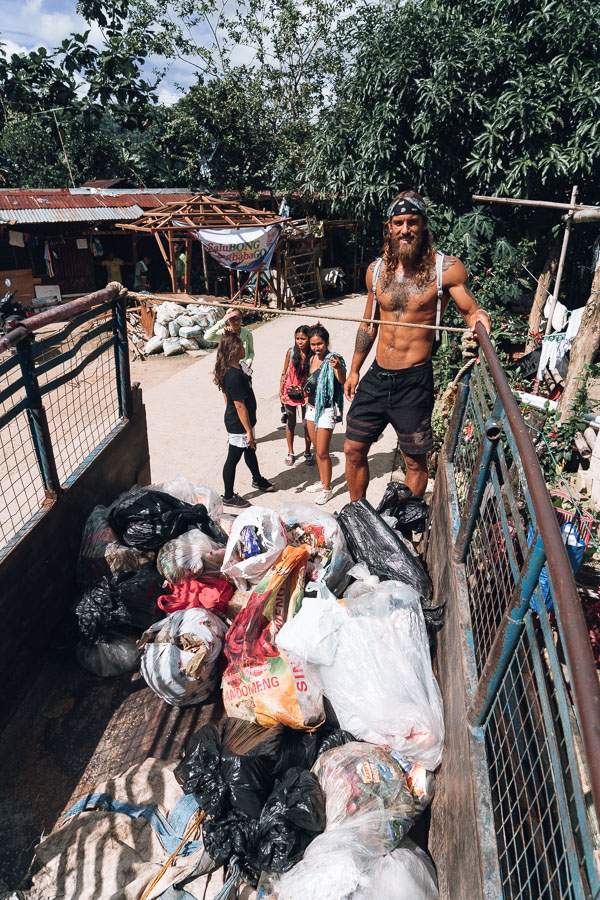 Amazing initiation, as well as adventurous. A big thank you for your efforts!

? Awesome mate, I follow you since your first adventure bag. You keep inspiring people to achieve theirs dreams and make something great for environnement. So much respect ✊

I love this! I used to hike in the mountains of Cebu and it is heart wrenching to see trash on the trails. Thank you for your efforts. Is there any event like this on May next year? I would like to join.

Let me know if you have next olan like this.. wanna help you guys and save our mother nature!